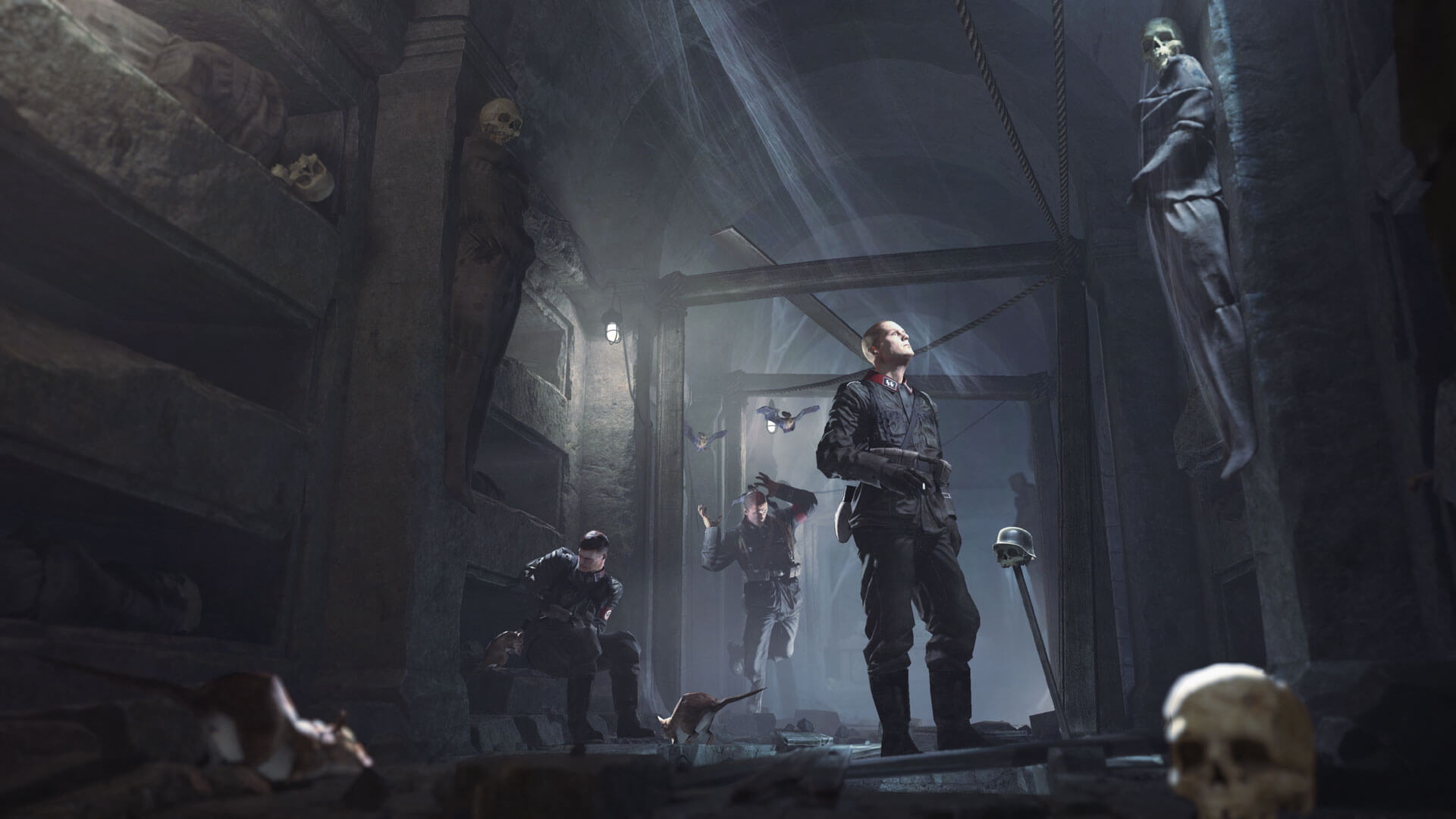 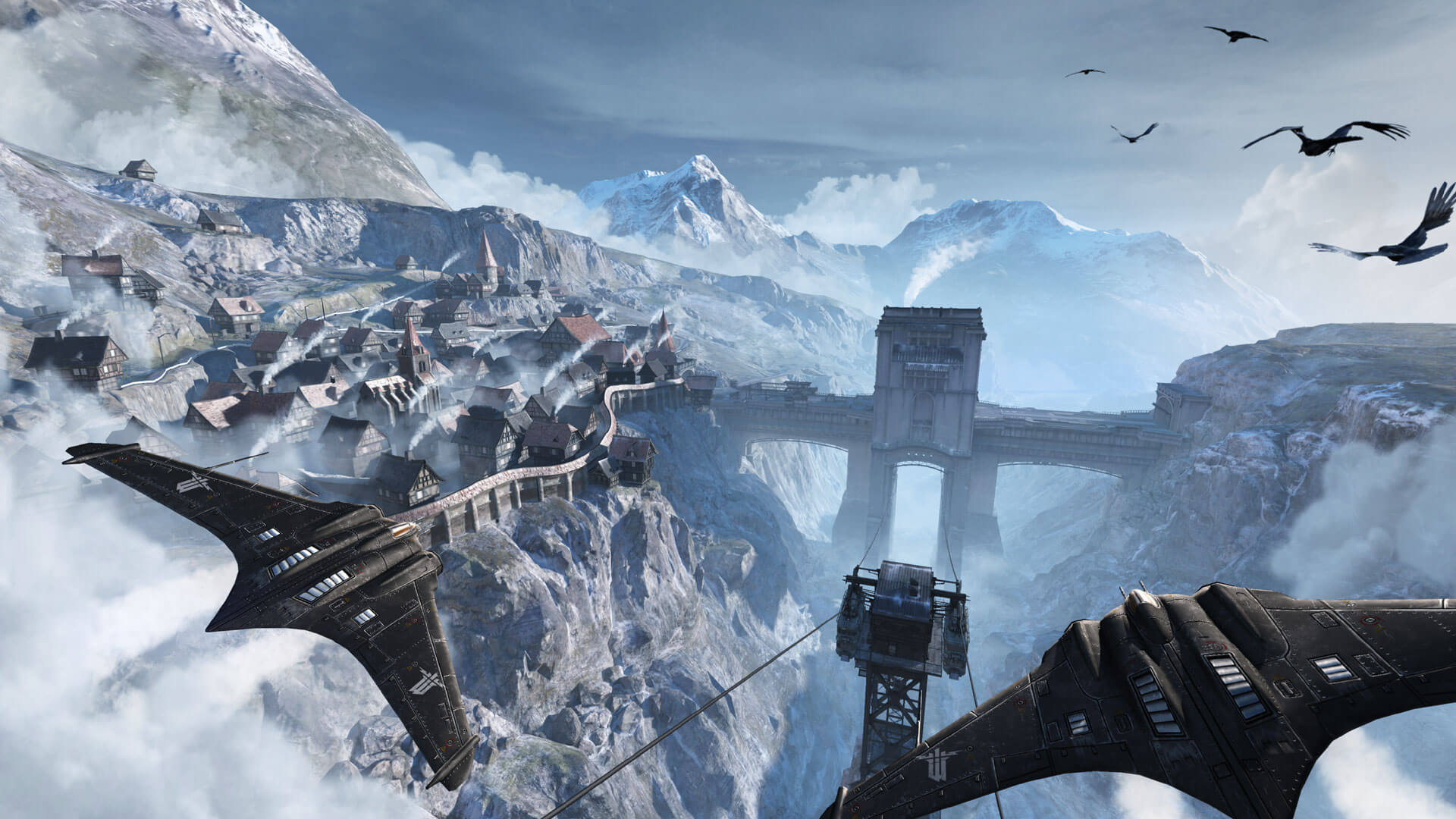 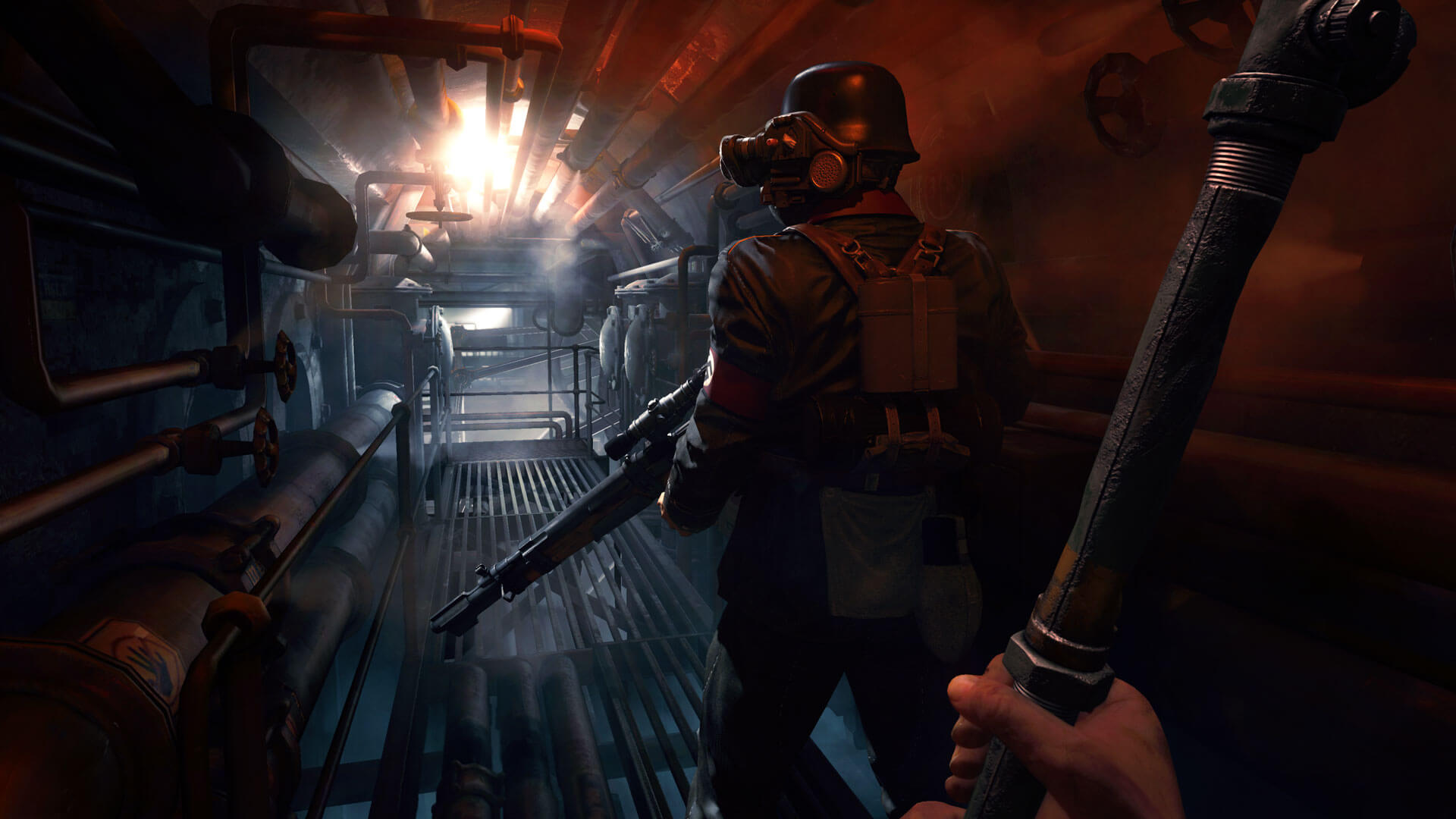 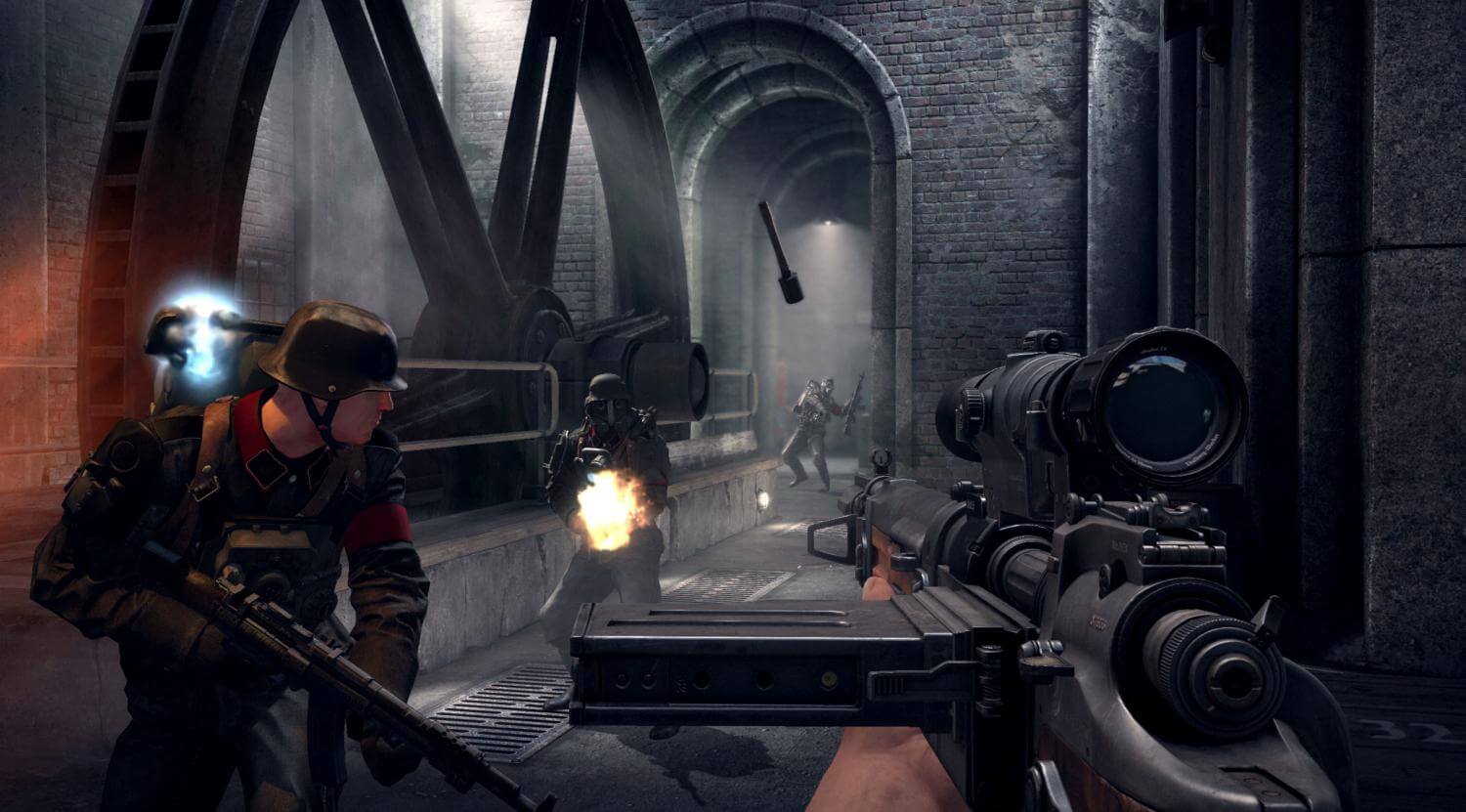 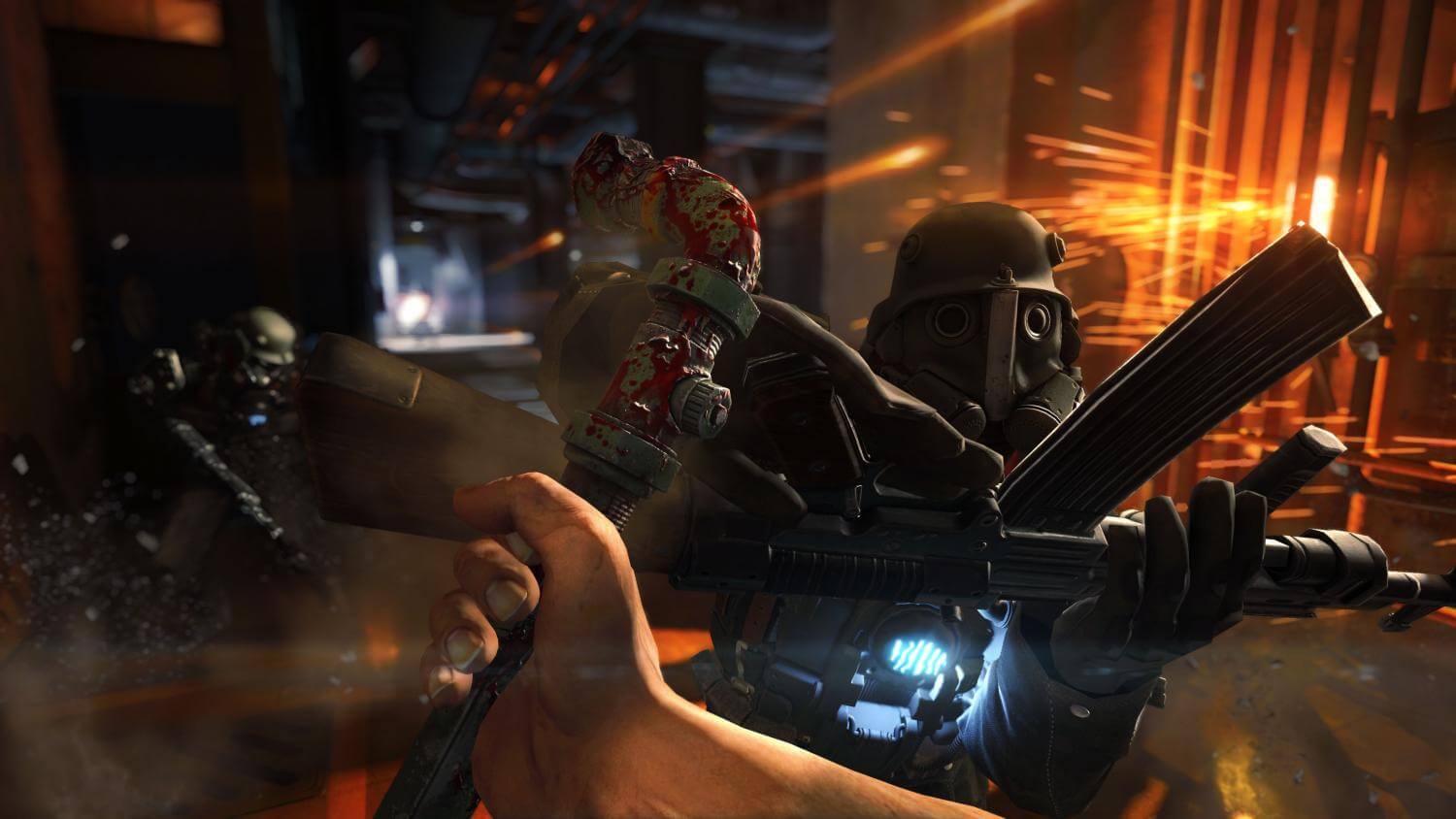 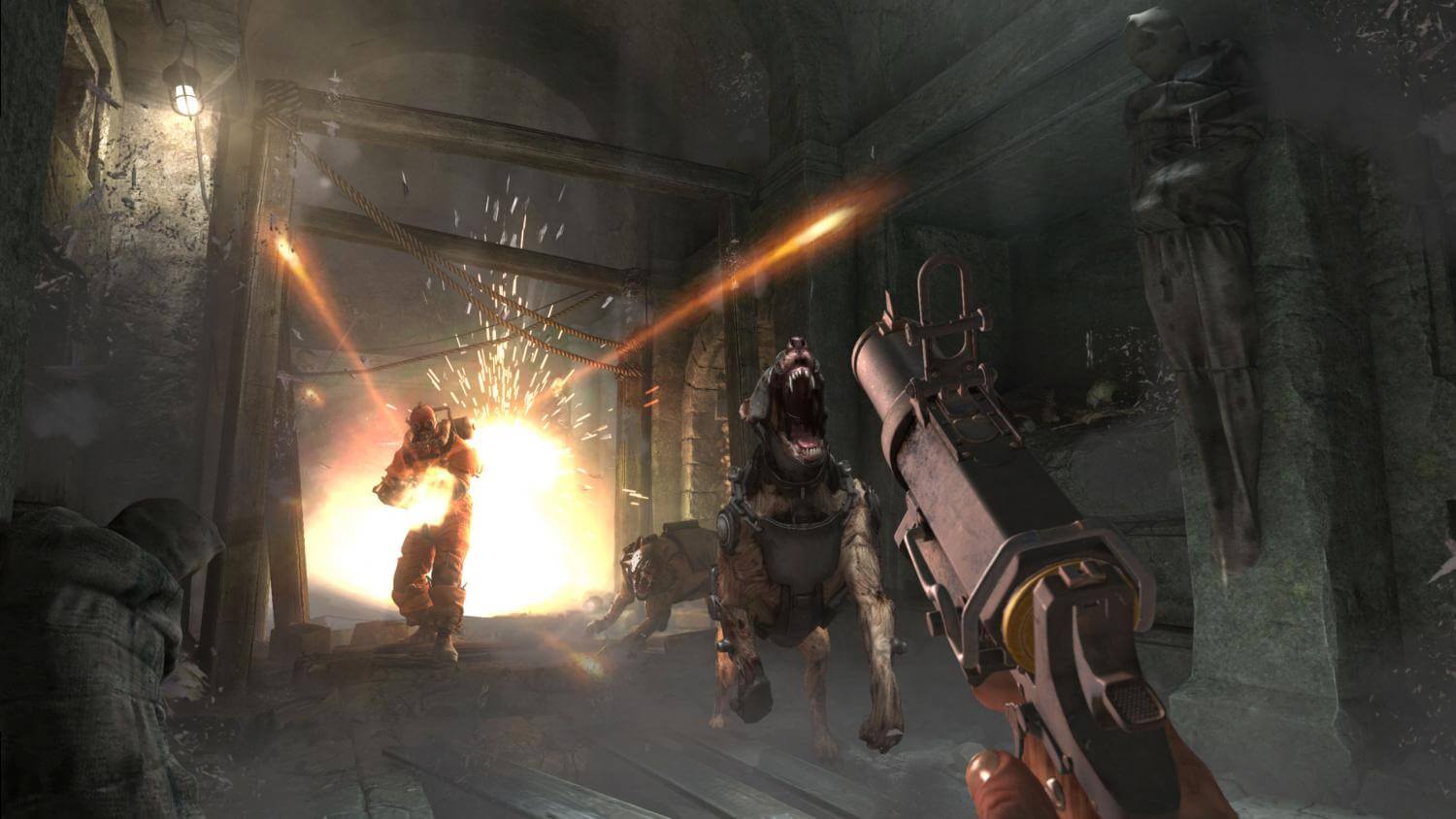 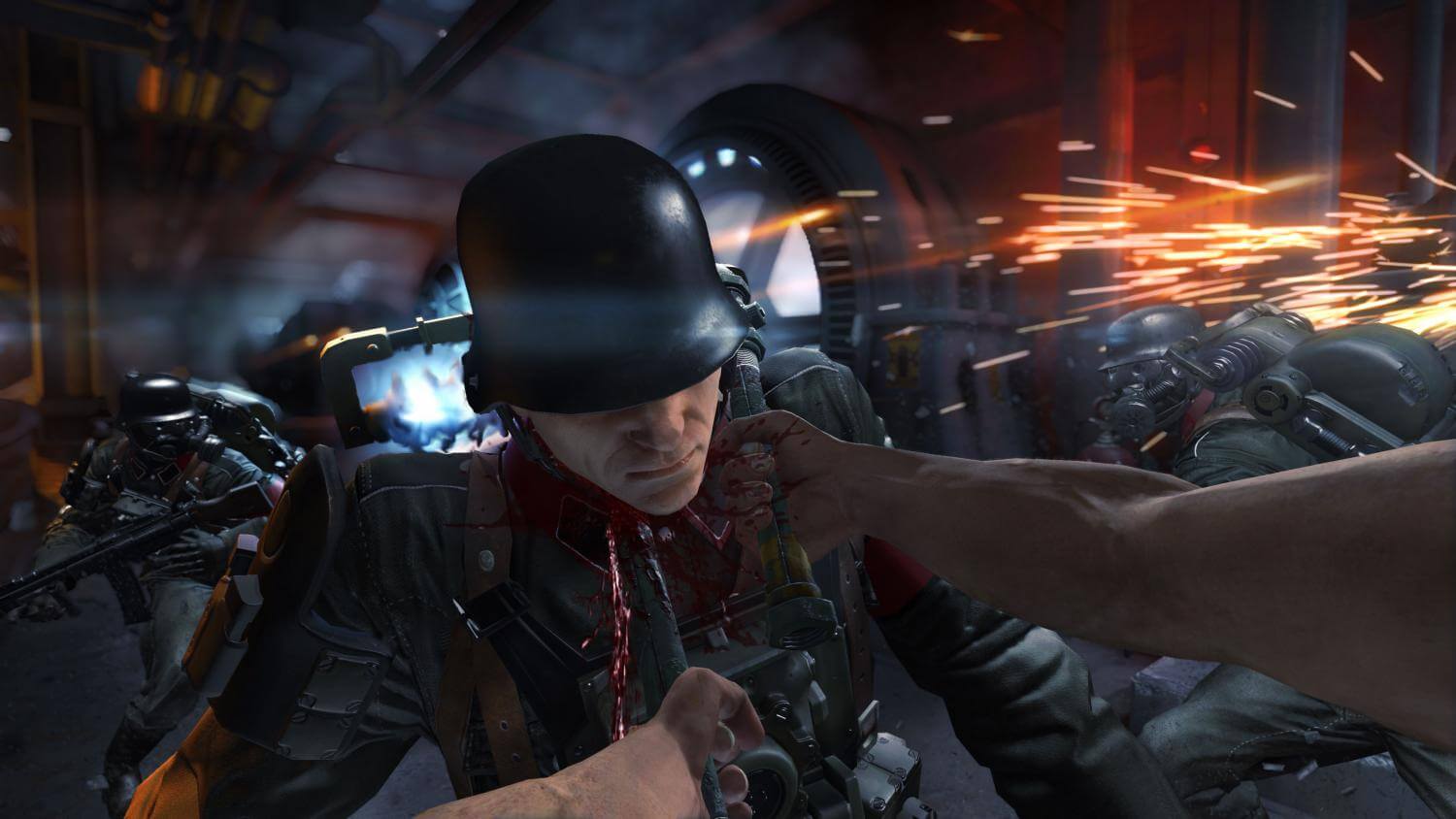 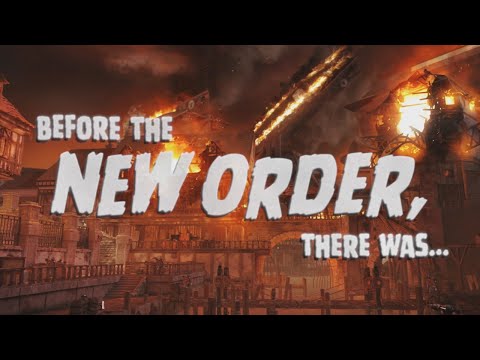 Wolfenstein®: The Old Blood is a standalone prequel to the critically acclaimed first-person action-adventure shooter, Wolfenstein®: The New Order. The adventure, which spans eight chapters and two interconnected stories, features the hallmarks of MachineGames – thrilling action, immersive story and intense first-person combat. As war hero B.J. Blazkowicz, arm yourself with new weapons such as the bolt-action rifle and grenade-launching Kampfpistole as you attempt to thwart the advancing Nazi war machine, and take advantage of duel-wielding pipes that can be used for wall climbing – or for vicious take-downs of never-before-seen Nazi adversaries.
STORY:
The year is 1946 and the Nazis are on the brink of winning World War II. In an effort to turn the tide in the allies’ favor, B.J. Blazkowicz must embark on an epic, two-part mission deep within Bavaria….
Part one of Wolfenstein: The Old Blood - Rudi Jäger and the Den of Wolves - pits BJ Blazkowicz against a maniacal prison warden as he breaks into Castle Wolfenstein in an attempt to steal the coordinates to General Deathshead’s compound. In part two – The Dark Secrets of Helga Von Schabbs – our hero's search for the coordinates leads him to the city of Wulfburg where an obsessed Nazi archaeologist is exhuming mysterious artifacts that threaten to unleash a dark and ancient power.
KEY FEATURES:
The Action!
Experience MachineGames’ intense first-person combat as you brandish all-new Nazi-inspired weapons such as the bolt-action rifle, 1946 shotgun, and the grenade-launching Kampfpistole. Unlock your potential with a new set of perks for hi-octane action and vicious stealth take-downs.
The Adventure!
Explore breath-taking set pieces featuring rural Germanic towns, sprawling valleys tangled with cable cars and bridges, ghostly catacombs, as well as a return to the iconic Castle Wolfenstein. Use dual-wielding metal pipes to navigate the world with brand new wall-climbing abilities.
The Terror!
Go up against a new cast of vicious villains and enemies, including legions of hulking new Super Soldiers, elite shock troops, drones and the darkest and most terrifying Nazi creations yet.

Wolfenstein®: The Old Blood™ is a fictional story set in an alternate universe in 1946. Names,
characters, organizations, locations and events are either imaginary or
depicted in a fictionalized manner. The story and contents of this game are not
intended to and should not be construed in any way to condone, glorify or
endorse the beliefs, ideologies, events, actions, persons or behavior of the
Nazi regime or to trivialize its war crimes, genocide and other crimes against
humanity.