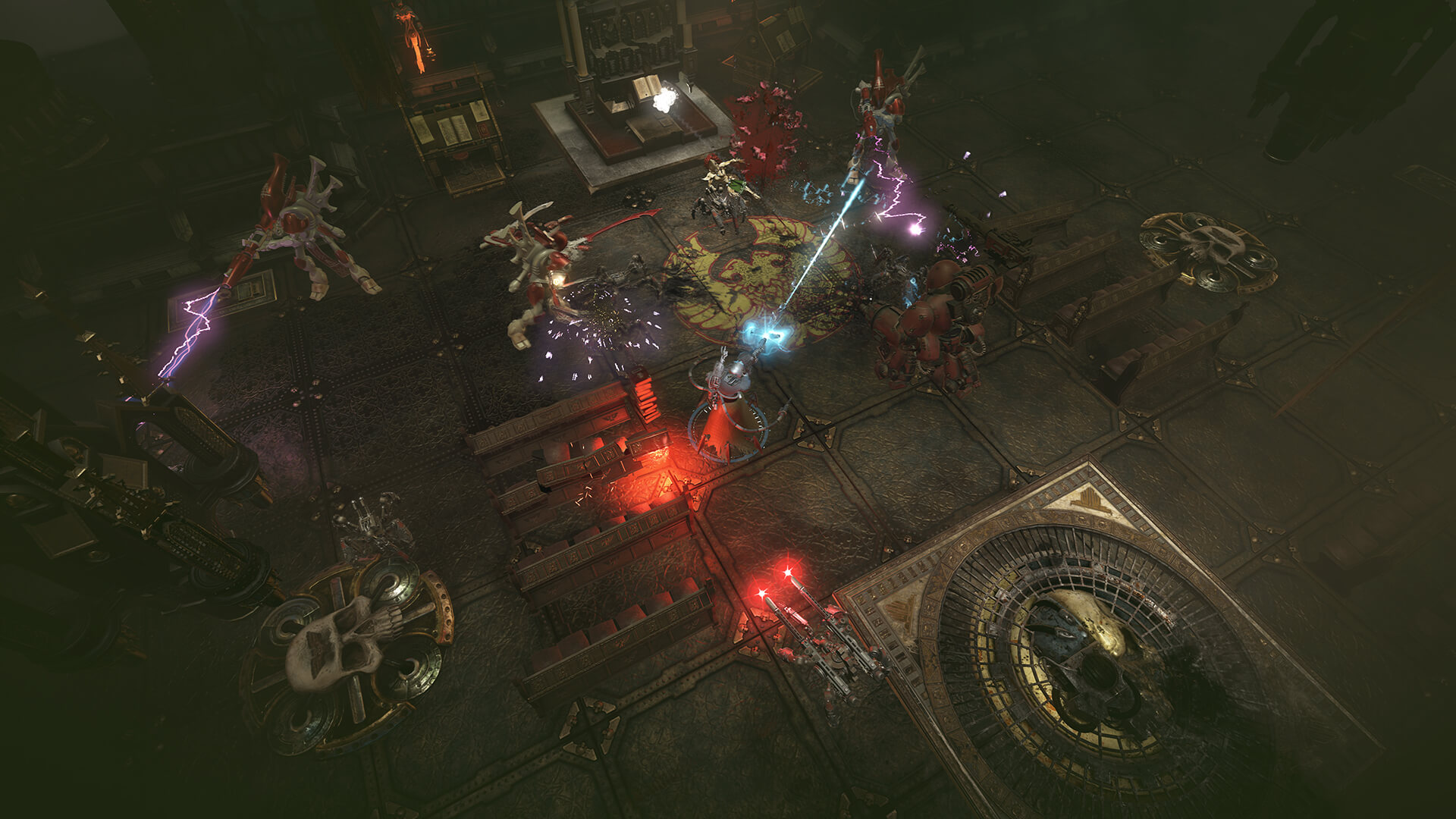 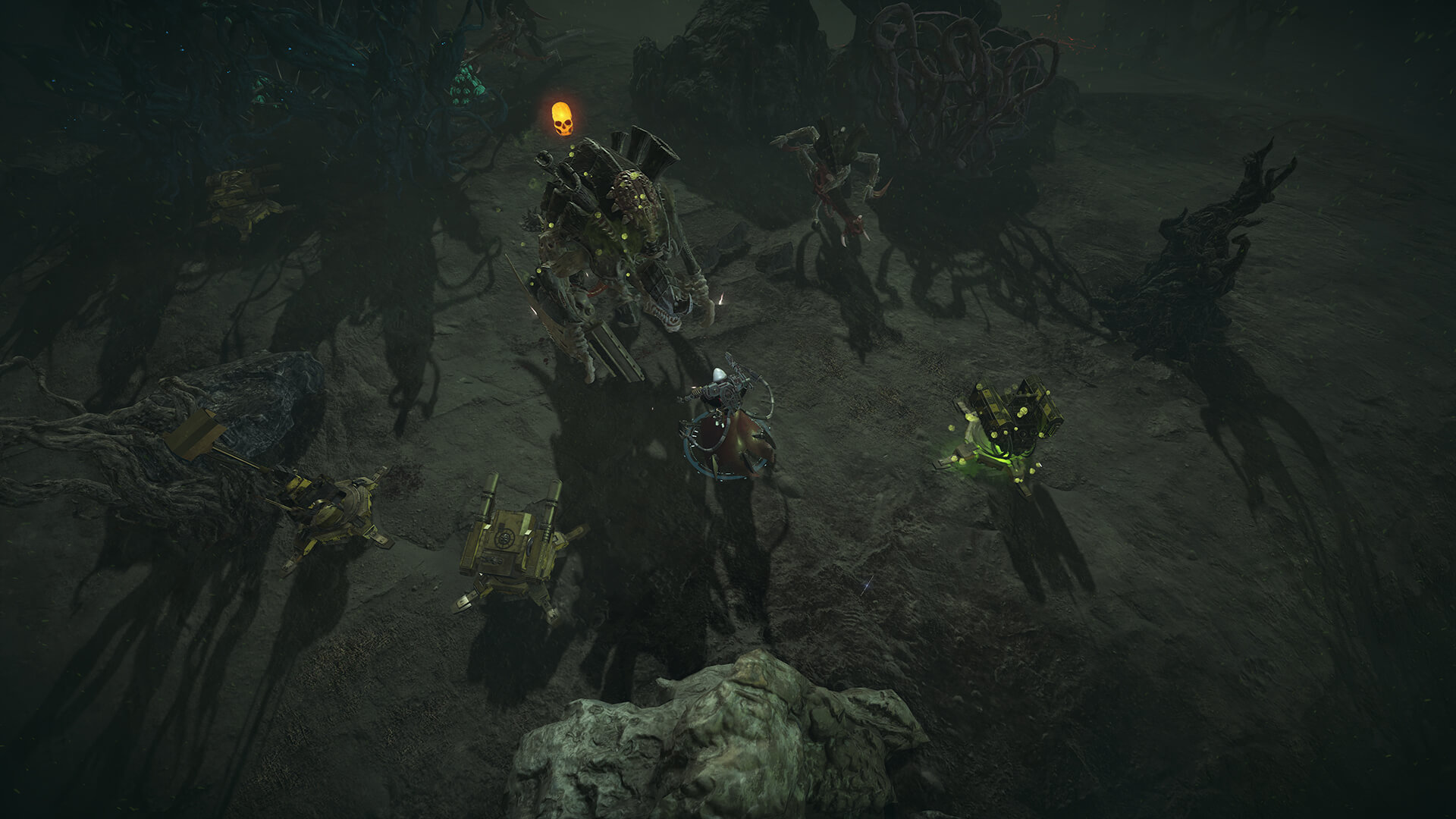 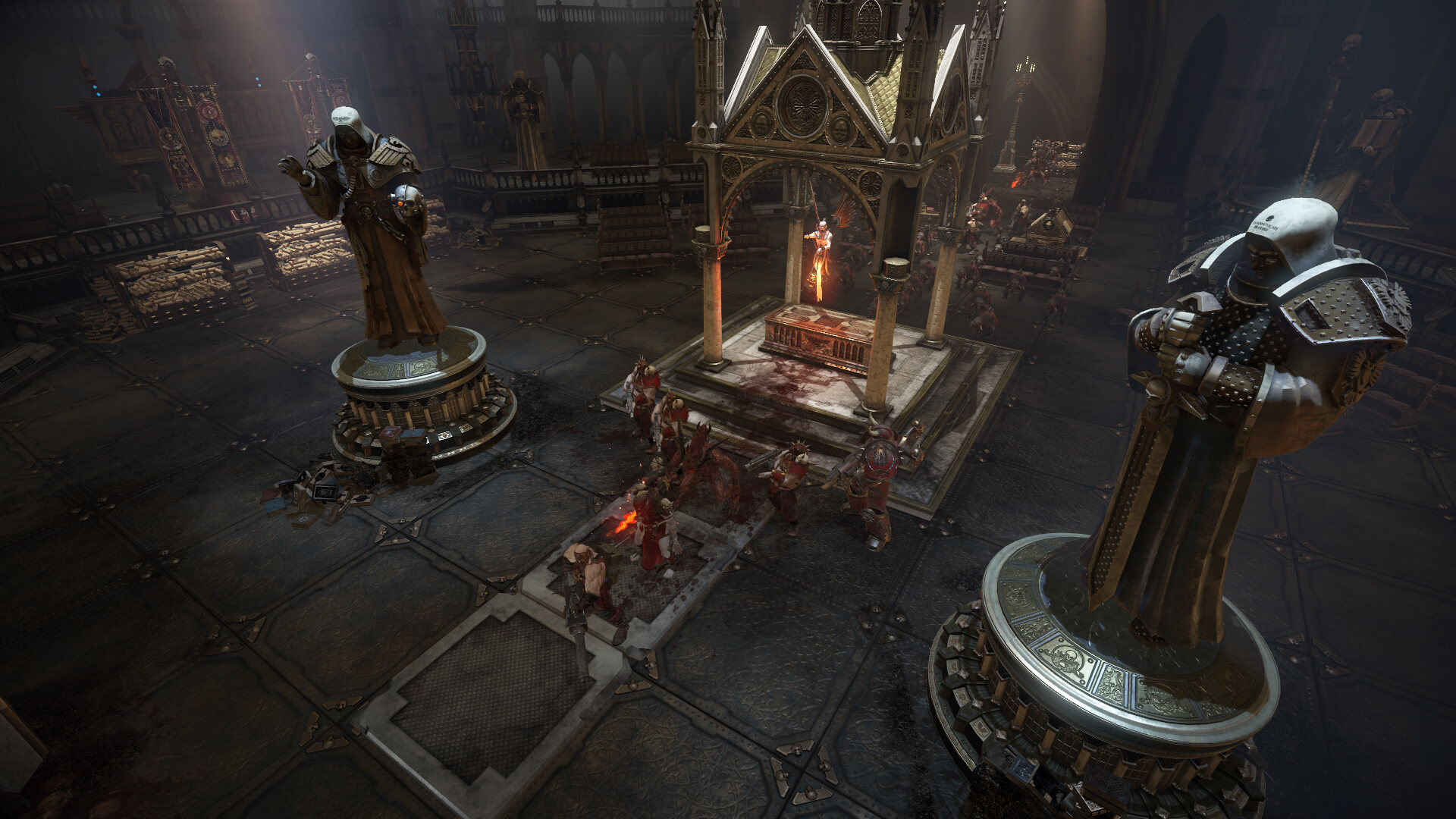 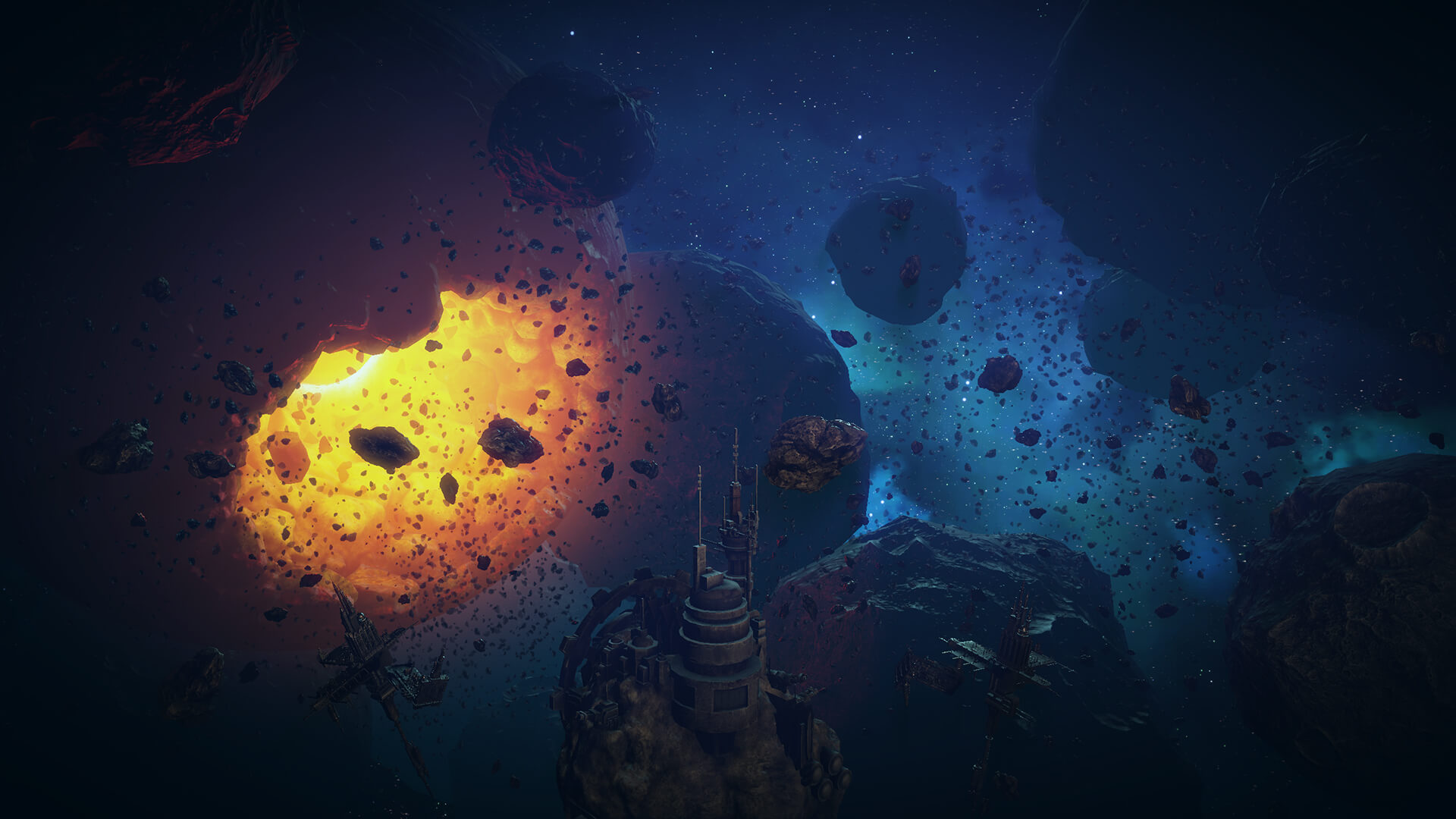 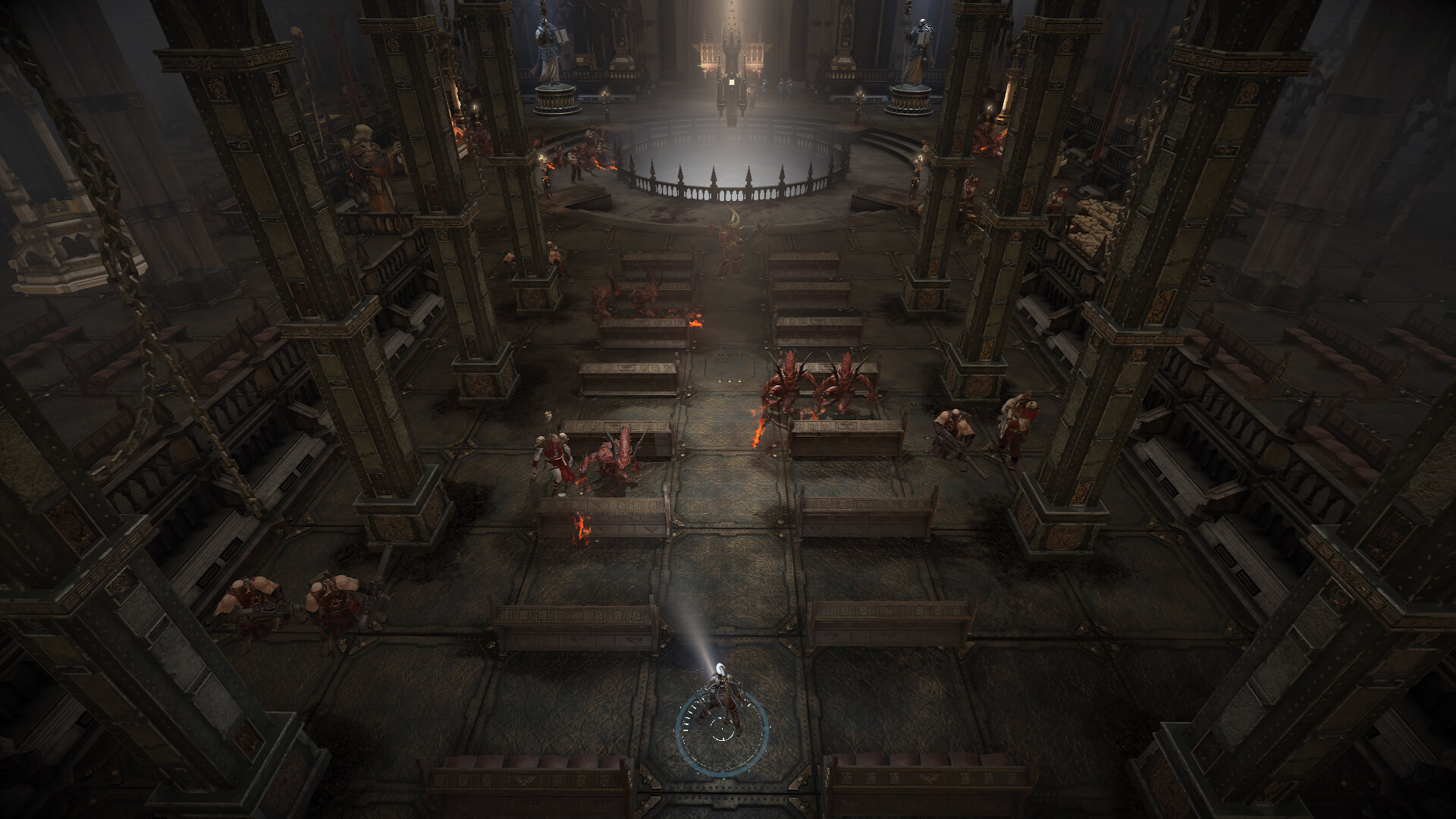 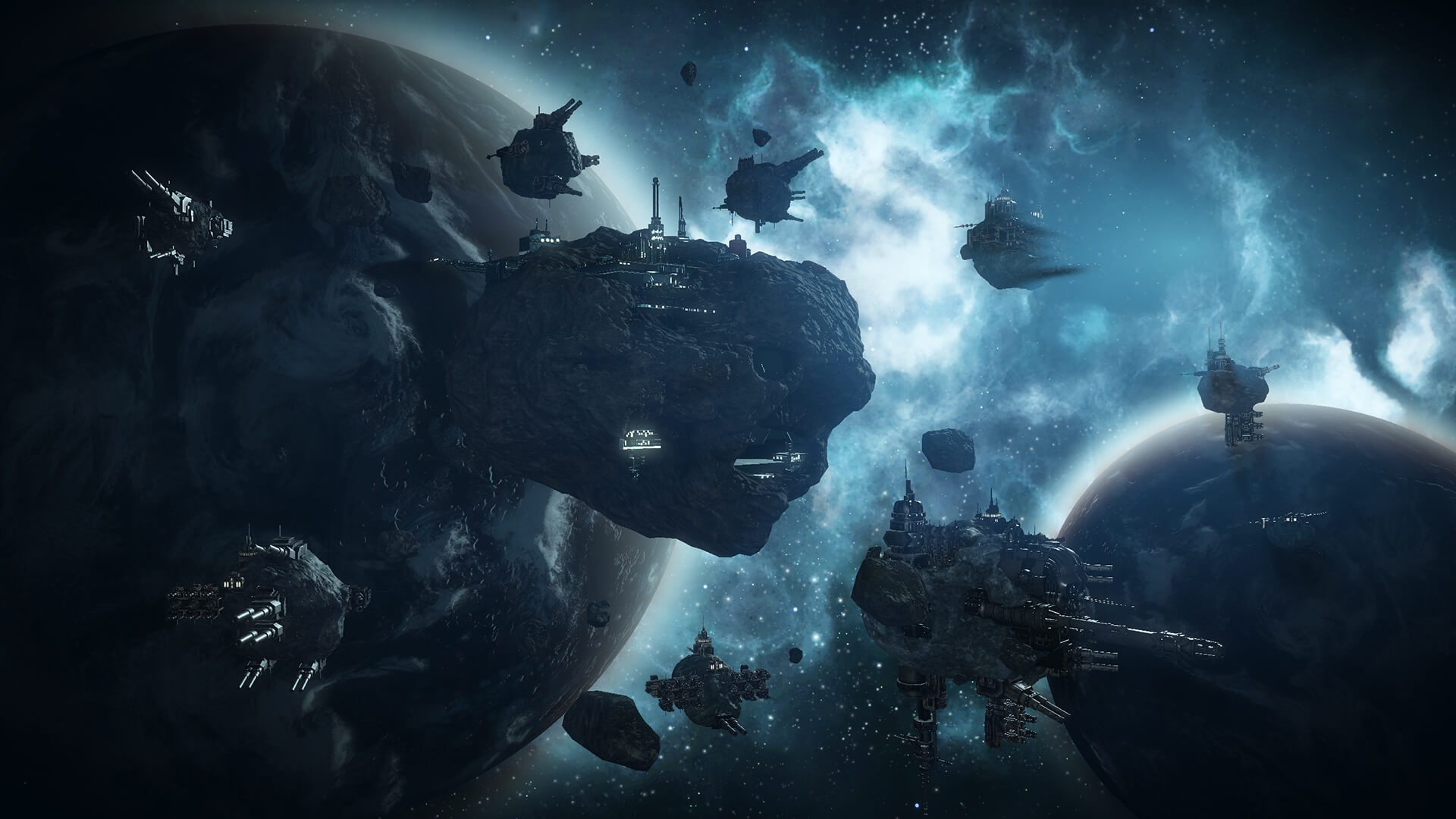 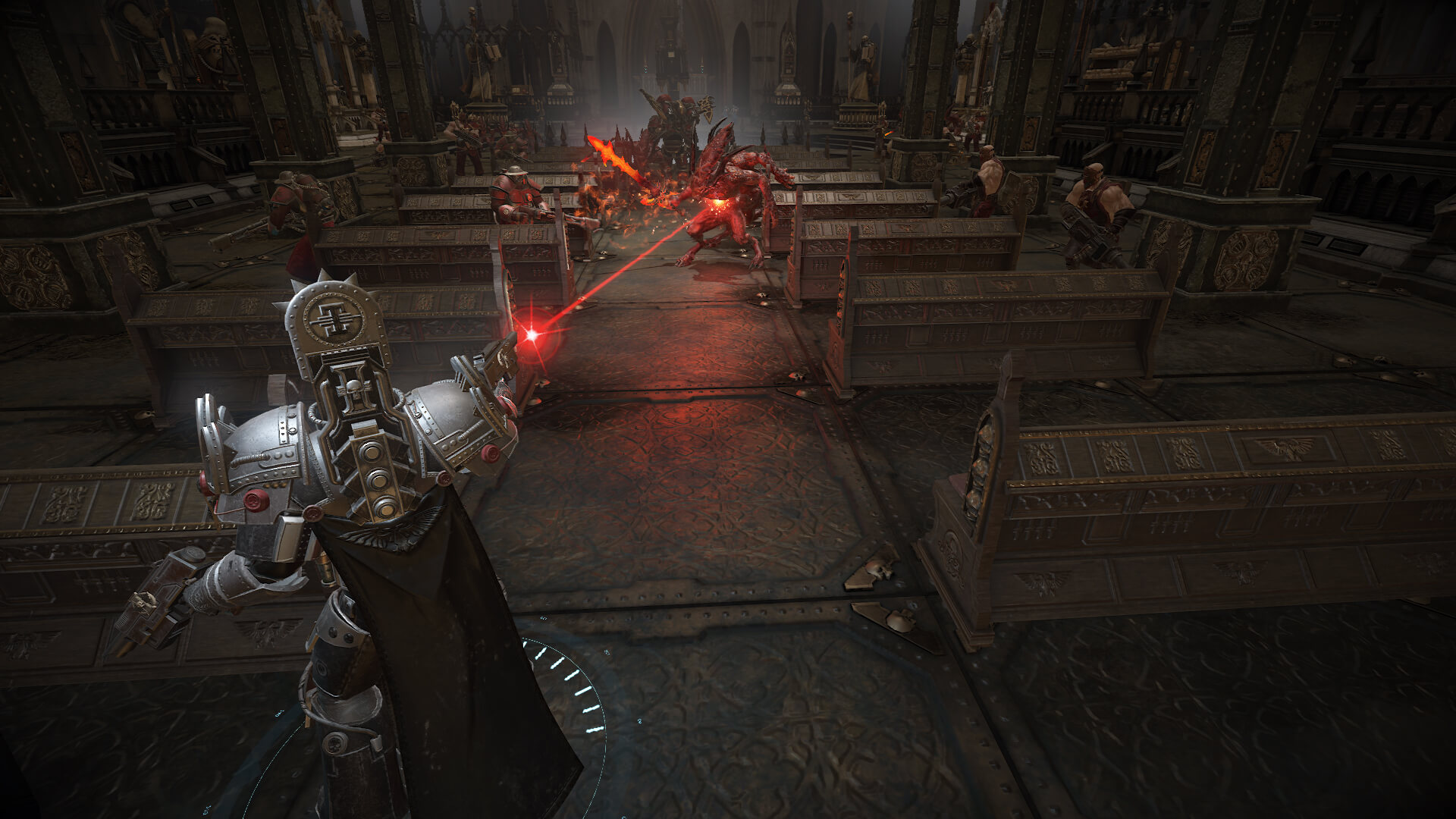 IMPORTANT: You don’t have to own Warhammer 40,000: Inquisitor - Martyr to play this game.

Deep within the darkest reaches of the remote Caligari Sector, beyond barriers formed by churning Warp-surges, lies a vast area tainted by the Chaos Gods and threatened by the rise of the foul Xenos. On the barren Death Worlds the hideous Tyranids are slowly coming back from their hibernation, long decades after the defeat of their colossal Hive Fleet, while the Imperium of Mankind faces a new wave of unexplained attacks by Aeldari warriors fleeing their dying Craftworld. And if that wasn’t enough to alarm the Holy Inquisition, a mysterious presence with potentially devastating powers has returned from the Warp on the long-lost “Martyr”, destined to fulfil a prophecy that could change the fate of the entire Sector.

Warhammer 40,000: Inquisitor - Prophecy is a stand-alone expansion for the grim action-RPG

Warhammer 40,000: Inquisitor - Martyr, set in the violent 41st millennium, when the galaxy is at constant war. Purge the unclean with the most powerful agents of the Imperium!

Now you can also carry out the Emperor’s will as a Tech-Adept Inquisitor, a former acolyte of the Adeptus Mechanicus who decided to join the Holy Ordos to become one of the mightiest agents of the Imperium; combining the sacred technological mysteries with the relentless dogma of the Inquisition, he has become an unstoppable force. Or continue the unfolding saga of the Alpha Pariah with one of the original three classes introduced in Warhammer 40,000: Inquisitor - Martyr in a Caligari Sector slowly succumbing to madness and war.

Play as a Tech-Adept Inquisitor and summon and enhance units in battles to help you defeat enemies and complete investigations. This new summoner class comes with new unique abilities and mechanics and offers a unique skill-tree and various new melee and ranged builds.

Inquisitor – Prophecy offers several features of Inquisitor – Martyr. These include 2-4 player co-op missions, destructible environments, all previous enemy races and units, and the unique gore of the Warhammer 40,000 universe. Moreover, Inquisitor – Prophecy is based on the 2.0 update for Inquisitor - Martyr, bringing the base game’s new level cap, redesigned loot system and levelling, the new end-game, the co-op campaign mode, new items and a much faster, ARPG-focused gameplay to the stand-alone expansion too.

The story that began in Inquisitor – Martyr continues in three new and stand-alone chapters, with one chapter solely focusing on the Tech-Adept Inquisitor investigating a great mystery which slowly ties into the unfolding plot.

Inquisitor – Prophecy introduces the Aeldari, including Howling Banshees, Fire Prisms, Warp Spiders and Swooping Hawks; and the Tyranids, including Carnifexes, Zoanthropes, Hormagaunts, Raveners – and many others.

ALL RIGHTS RESERVED TO THEIR RESPECTIVE OWNERS.