Enter the Chaos-infested Caligari Sector and purge the unclean with the most powerful agents of the Imperium of Man! W40k: Inquisitor – Martyr is a grim Action-RPG featuring multiple classes of the Inquisition who will carry out the Emperor’s will. 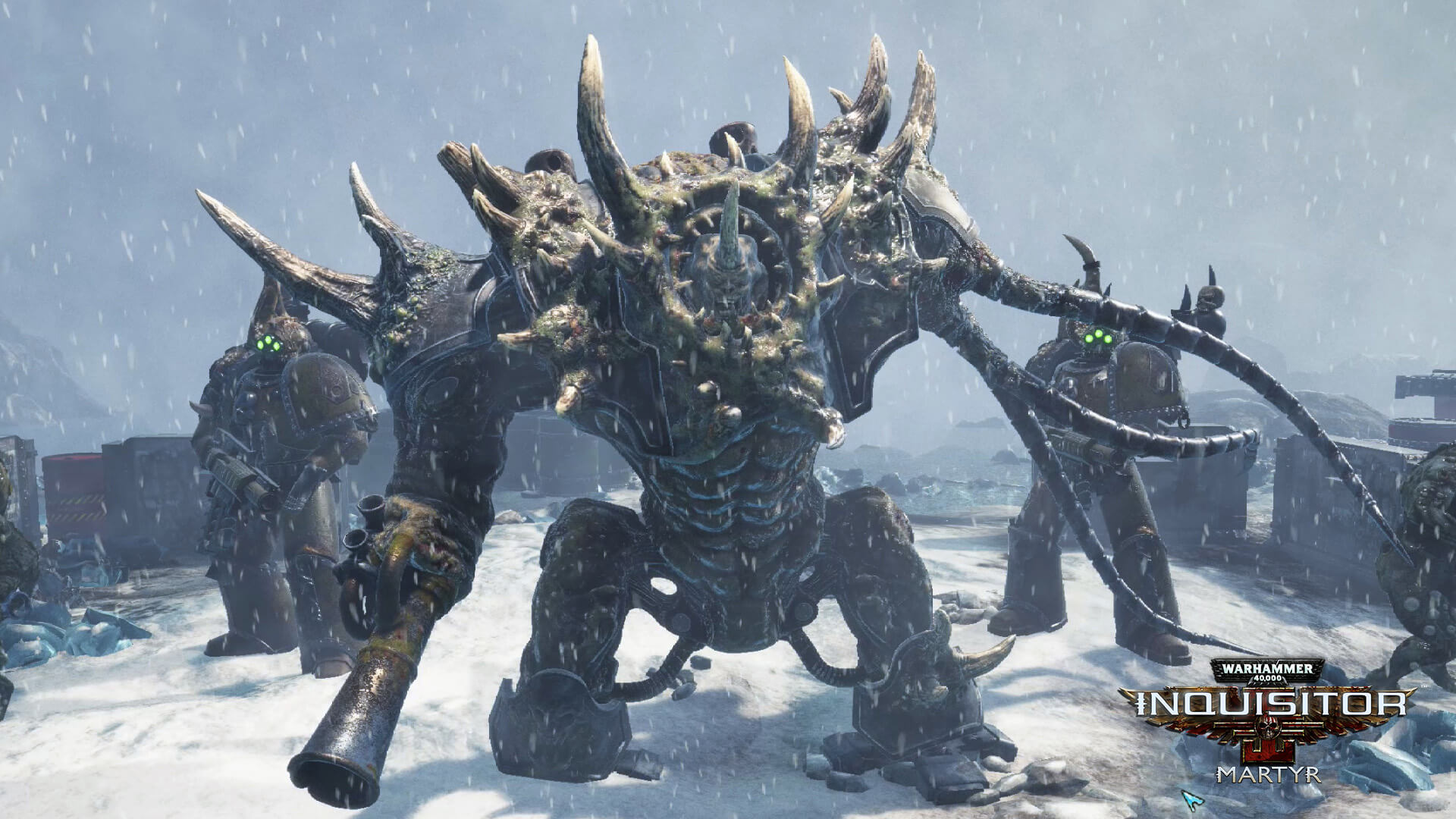 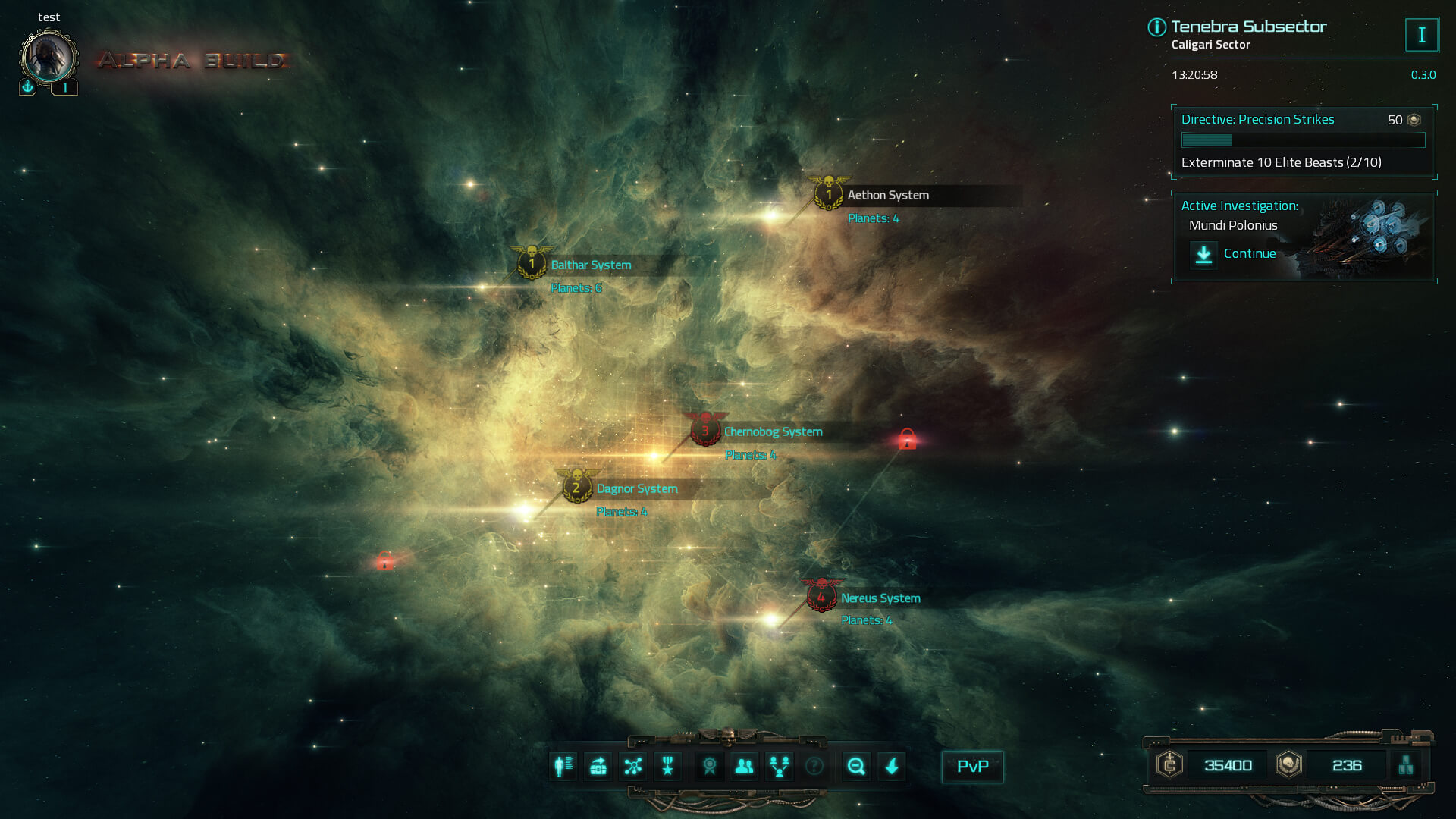 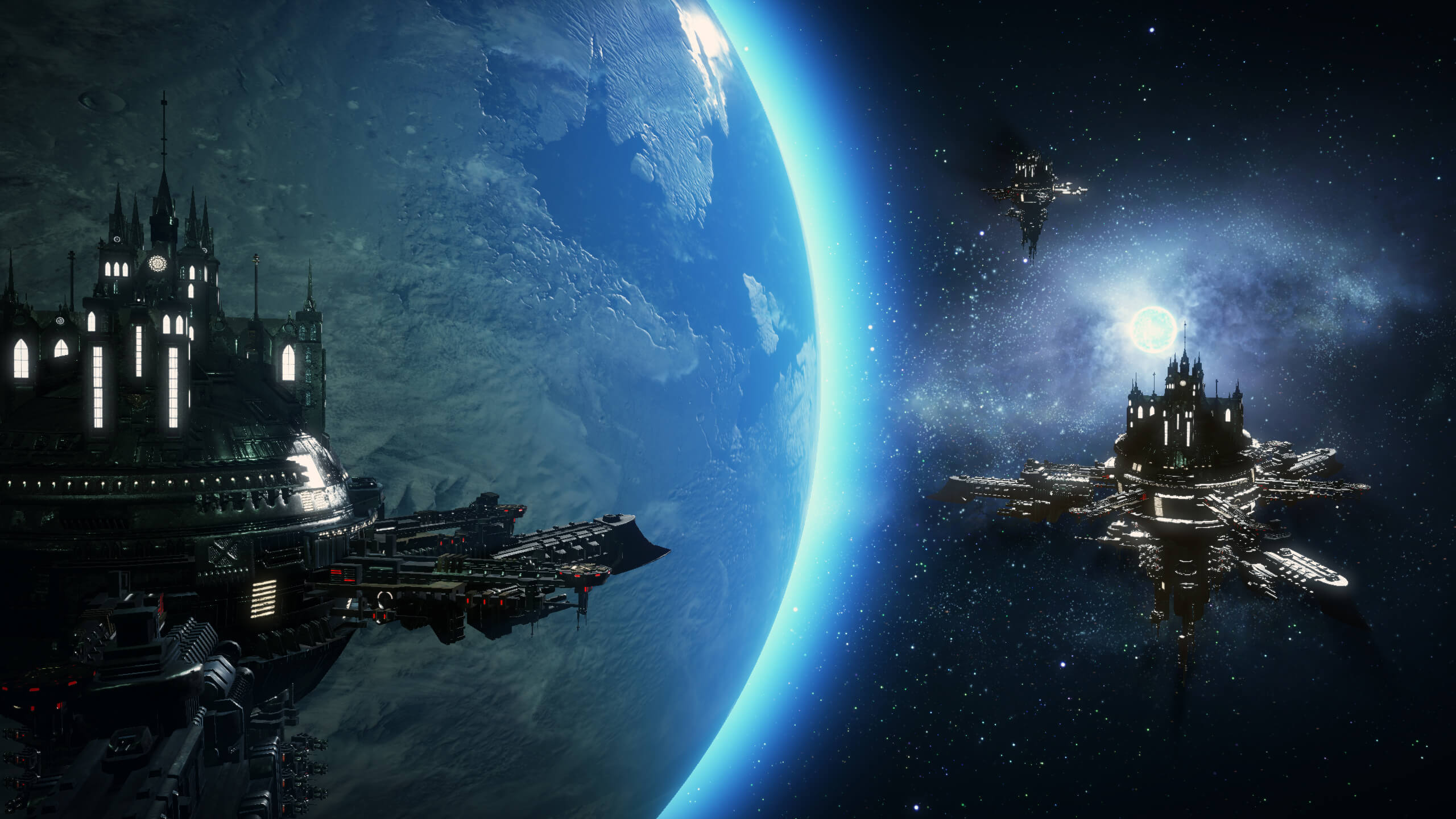 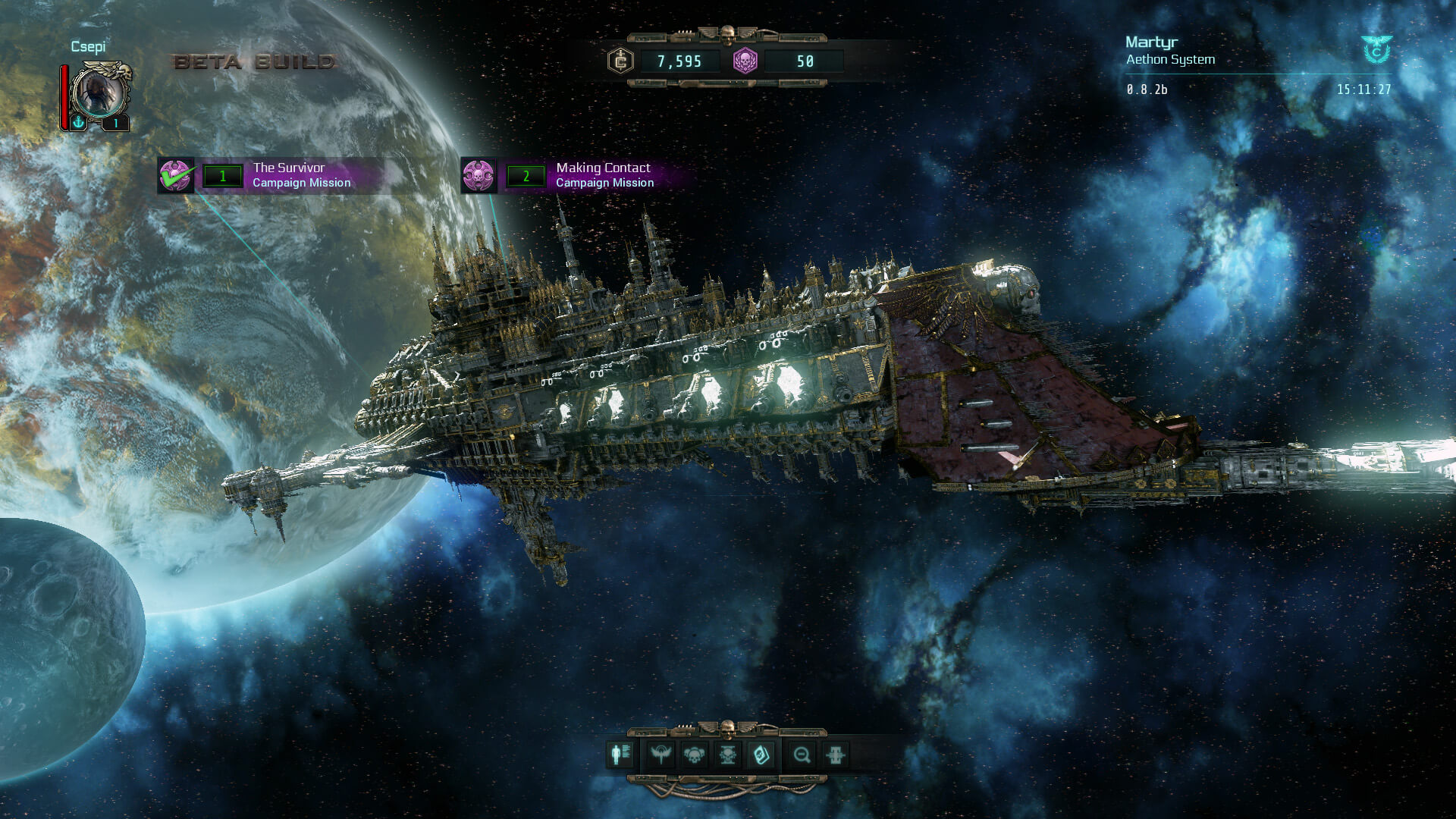 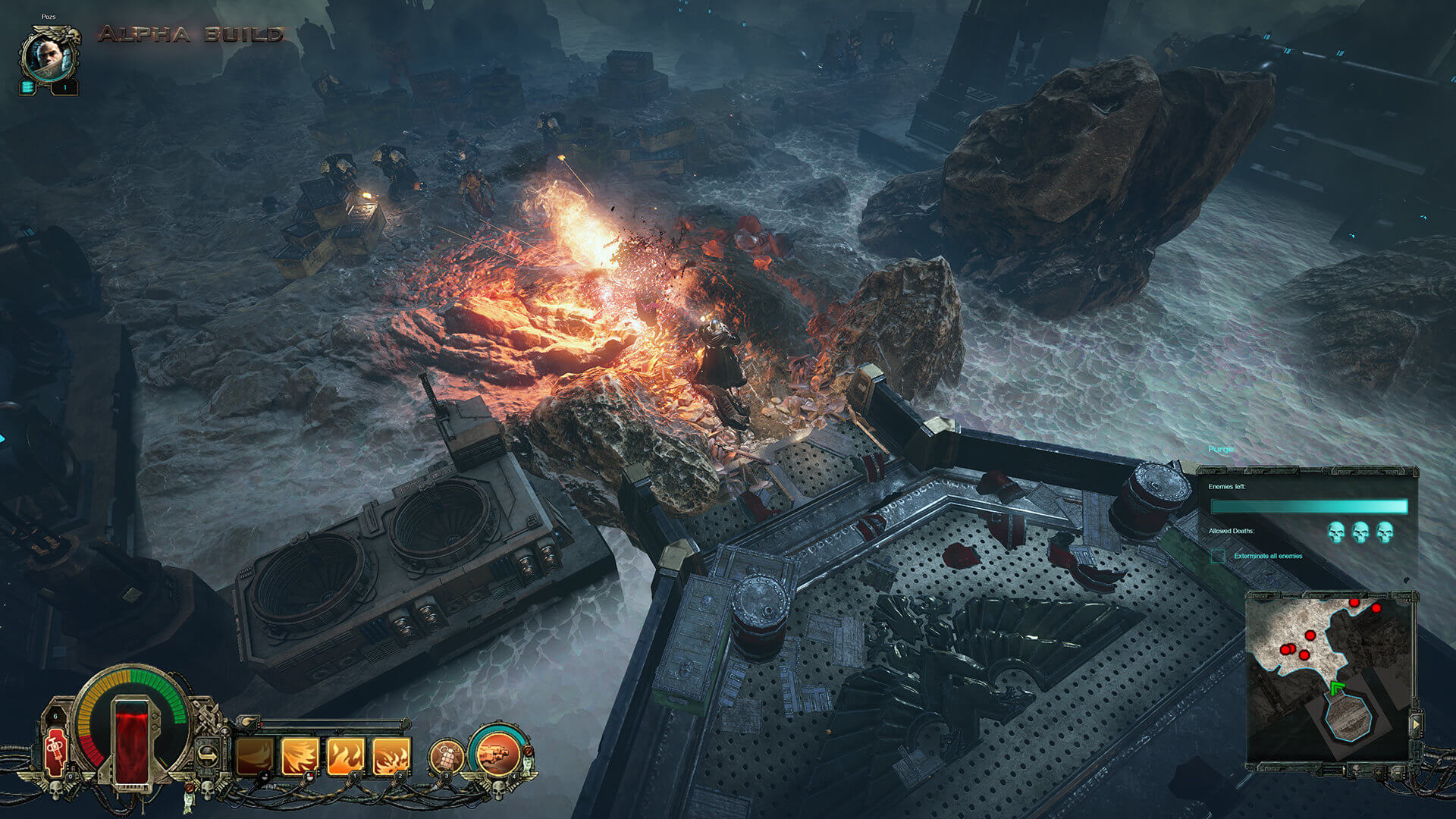 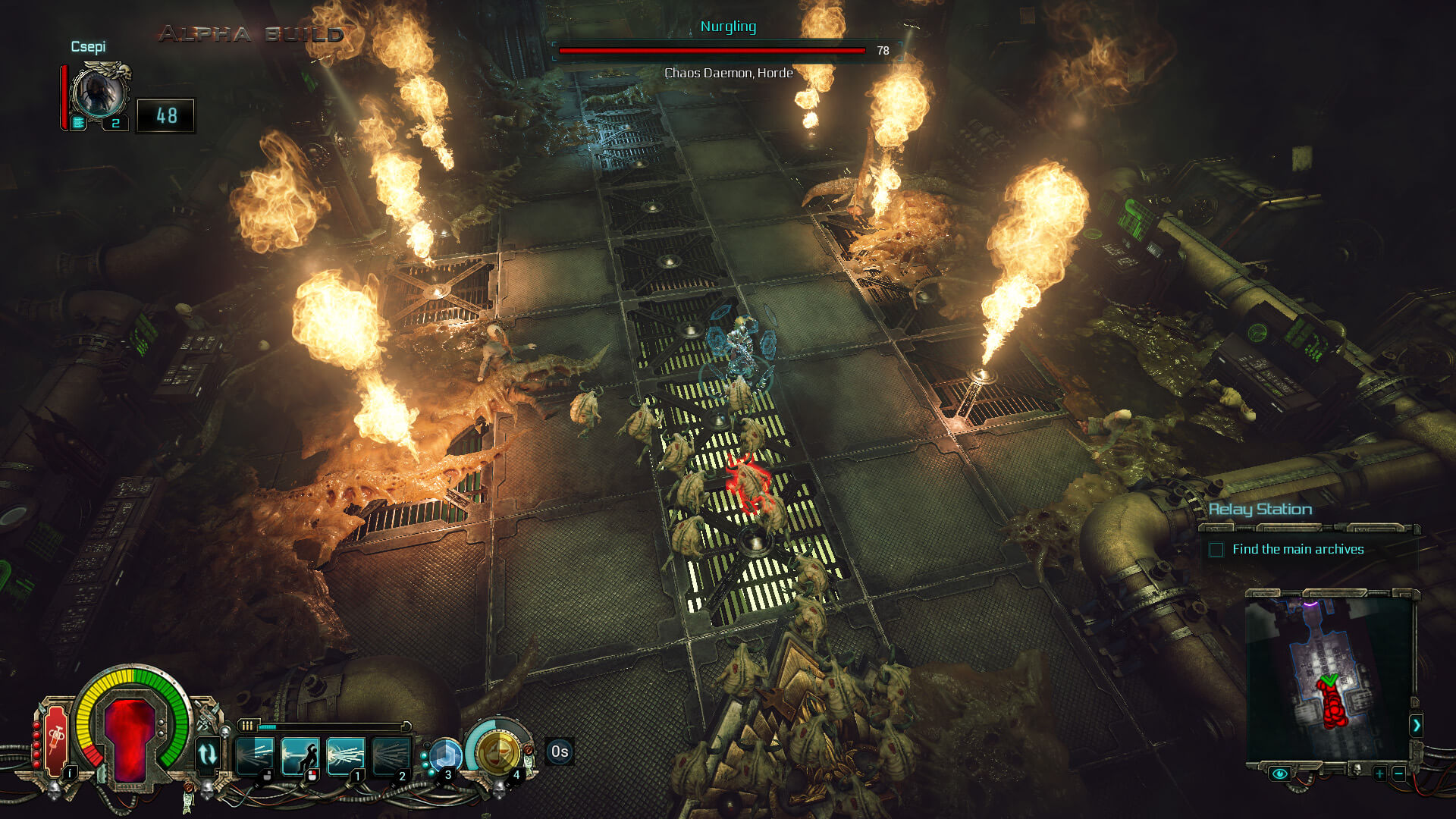 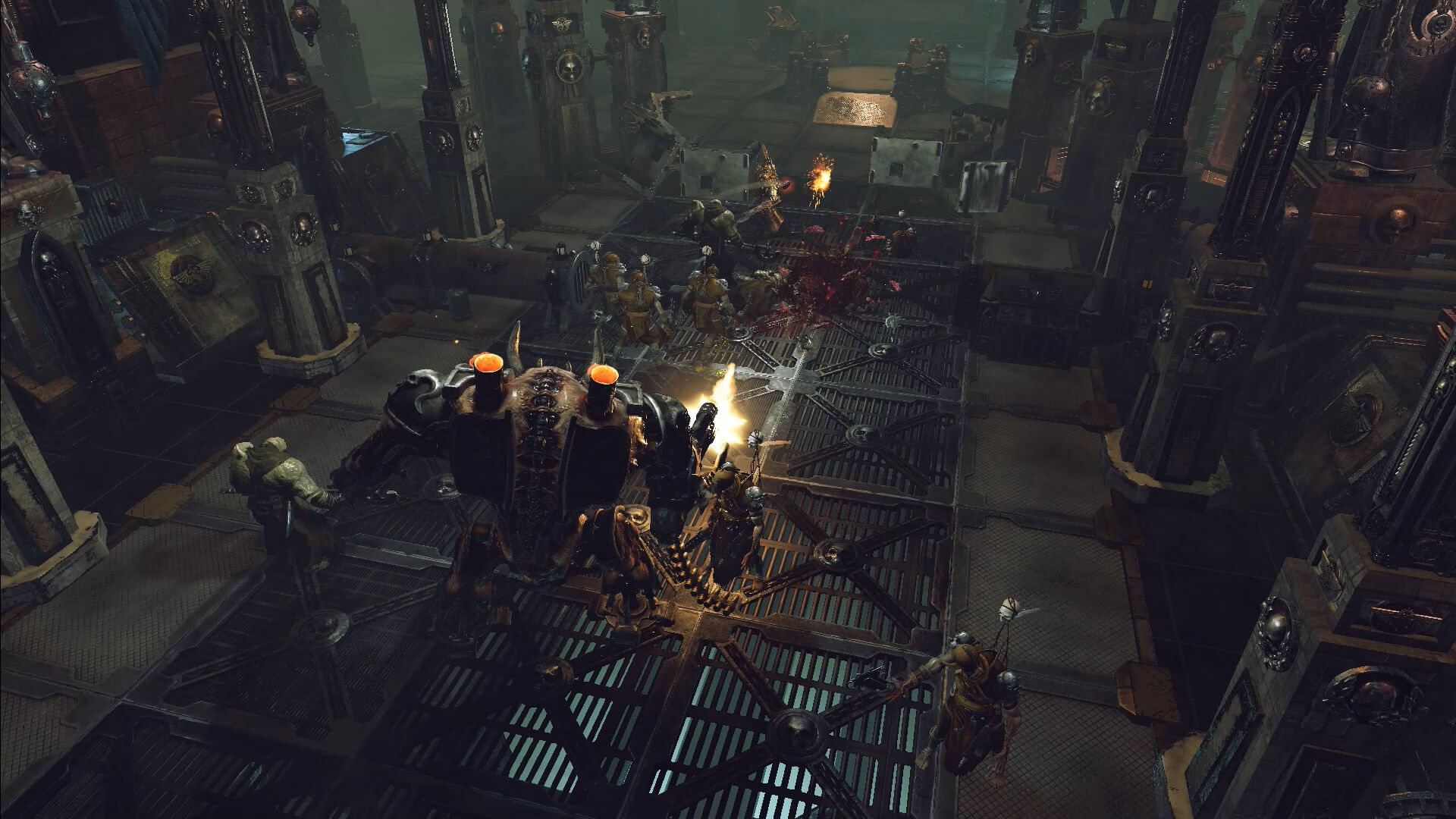 Far from the guiding light of the God-Emperor, torn apart by the foul tempests that distort reality, the Caligari Sector is slowly rotting away from the inside, tainted by the Chaos Gods. Purge the unclean with the most powerful agents of the Imperium!

Warhammer 40,000: Inquisitor – Martyr is grim action-RPG set in the violent 41st millennium, when the galaxy is at constant war. Become a mighty Inquisitor and carry out the Emperor’s will. Choose one of the multiple classes and take part in brutal combat encounters: embark on a huge variety of missions with your fellow agents and fight through the single-player story campaign set on a haunted fortress-monastery which hides a terrible secret from the past of the Inquisition.

THE NEXT MILESTONE IN THE EVOLUTION OF ARPGS

The first Action-RPG set in the grim future of the 41st Millennium takes the genre to its next level: an open-world sandbox game with a persistent universe with a huge variety of missions, tactical, brutal combat encounters in destructible environments and a storyline influenced by the community of players. Use the cover system for tactical advantage, perform executions in epic boss battles and become a Protector of any solar systems with your glorious actions!

Forge your own playstyle with different character classes and specializations: hold your ground with the Crusader Inquisitor while enemies close in on you, bring in your finesse and cunning with the Death Cult Assassin background, or use the unspeakable powers of the Warp with the Primaris Psyker background. Choose from three specializations for each classes that fit your playstyle.

Explore the Star Map of the vast Caligari Sector, travel in different subsectors and explore an immense amount of solar systems, visit a growing number of unique points of interests: investigate on different planets with distinctive terrain conditions, fight your way through corridors of infested Void Stations, abandoned Star Forts and other diverse environments!

FIGHT THE CORRUPTION TOGETHER

You can go solo as a lonely Inquisitor, but you can also assemble a team of your friends! Play missions in co-operative mode with up to 4 team members, blast away your foes together claiming great rewards, and form Cabals to gather your close allies! Inquisitorial Cabals are groups of Inquisitors working together. Cabals can progress just like characters do, and being a member can often grant special missions. The Inquisition has a lot of different factions with different agendas, and Cabals sometimes clash with each other in the shadows.

IMPROVE YOUR WEAPONS, CRAFT MISSIONS AND TWEAK YOUR SKILLS

Looking for a specific loot or reward? Use Uther’s Tarot to set the conditions of your next mission, collect Blueprints and use Crafting to improve your equipment, and use the Inoculator to fine-tune your different skills. Choose your loadout to your advantage for each mission!

ALL RIGHTS RESERVED TO THEIR RESPECTIVE OWNERS.