Carefully guide your nation from the era of absolute monarchies in the early 19th century, through expansion, colonization and social upheaval, to emerge as one of the great world powers by the dawn of the 20th century in Victoria Complete. 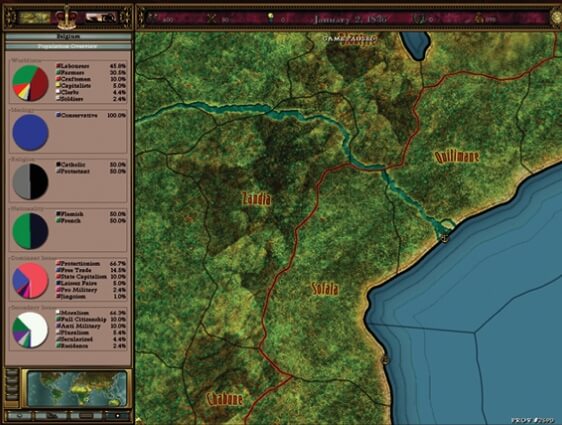 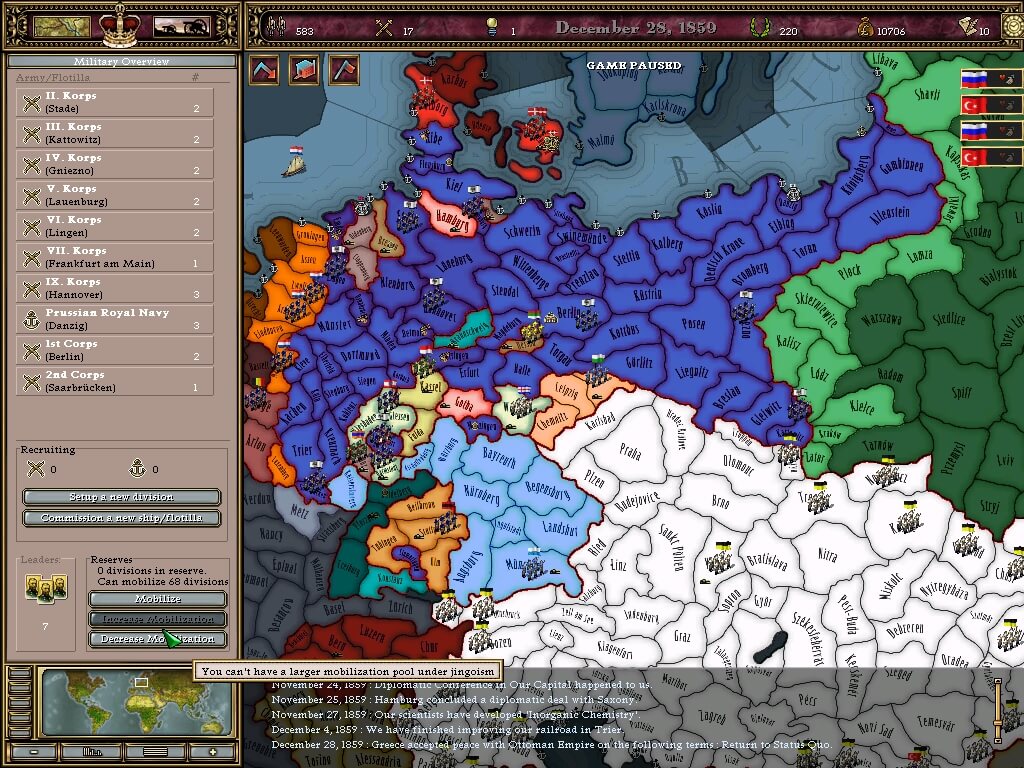 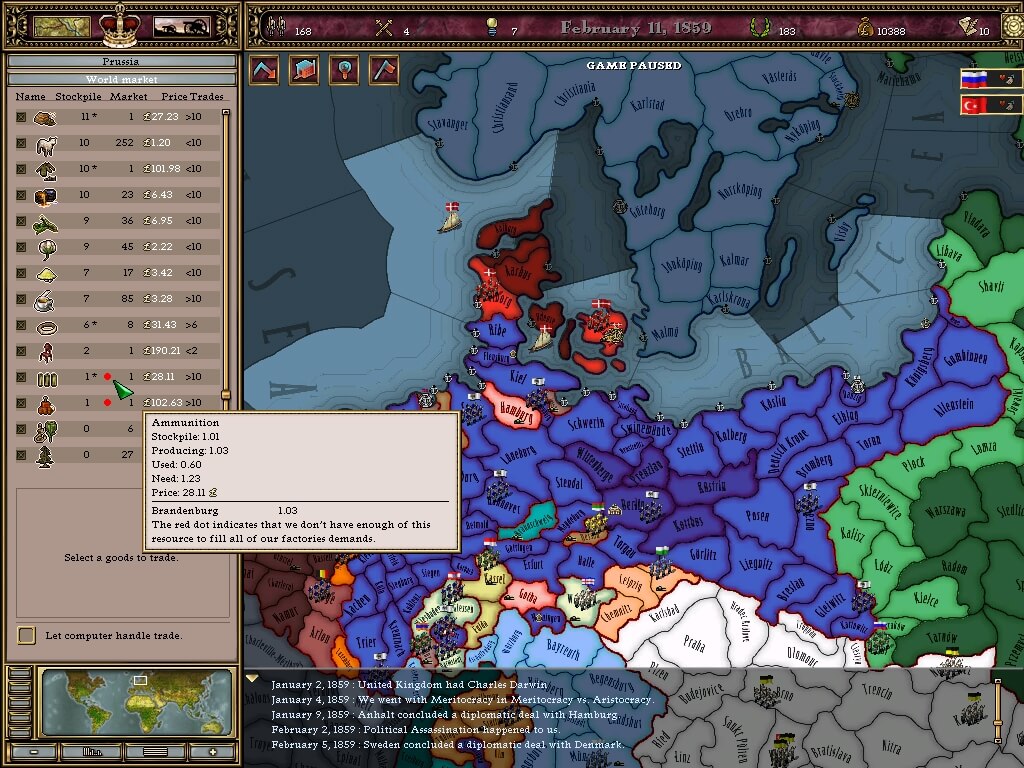 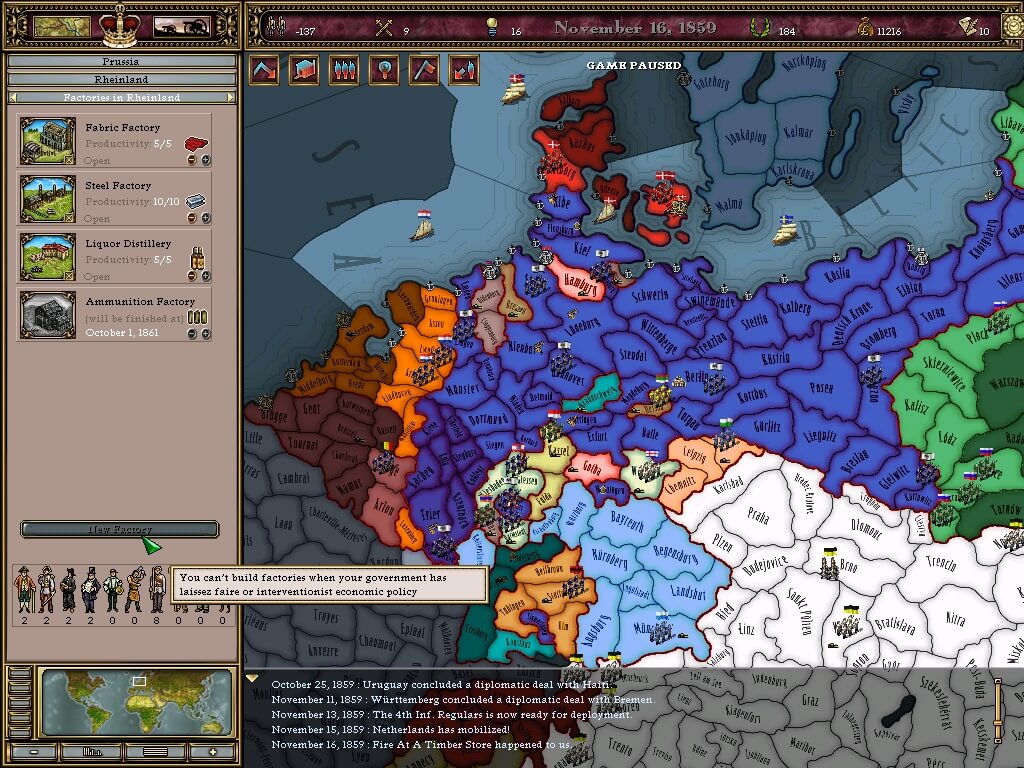 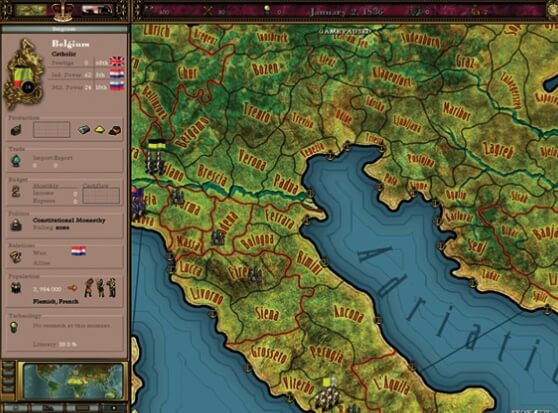 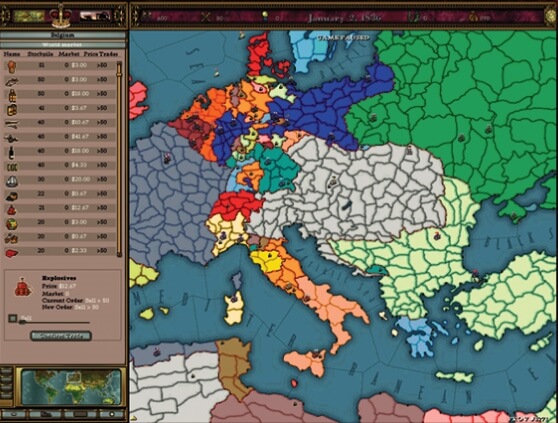 Pan the absolute monarchies of the early 1800s to the dawn of the 20th century and the industrialized Great Powers! Gather the wealth and strength required to stay ahead of your enemies, gain invaluable prestige and honor, and reform the nation into a free democracy. Or, drive your people down the grim road of tyranny, corruption, and anarchy...

VICTORIA focuses on six different aspects of governing a nation—all interconnected to provide in-depth game play that is still easily manageable. You direct your nation in the fields of Diplomacy, Warfare, Economy & industrialization, Colonization, Technological Research and Politics.

VICTORIA is all about recreating world history according to your wishes. While striving to simulate the unique conditions and prerequisites of the time period as closely as possible, the decision-making is left up to the player. Knowledge of the time periods will certainly help, but is not absolutely necessary.

- Play any country from the time period. • Play multiplayer with up to 32 players in LAN or over the Internet. - More than 2 hours of quality recordings of music from the period.

- Set on a global map with more than 2800 provinces and sea zones!

- A DOOMSDAY converter which allows players to continue their game in “Hearts of Iron 2: Doomsday”.

- A military system, which is linked with the player’s policy decisions.

- A tech tree covering the entire period including the interwar period

- A revamped election and politics system, adding a new level of realism to the game.