Revisit the magical lands of Antaloor for another chapter in the Two Worlds saga! A new evil threatens the lands and a shocking secret will change Antaloor forever. Team up with allies old and new and battle a new race of evil. The fate of the land hangs in the balance in an all new RPG adventure! 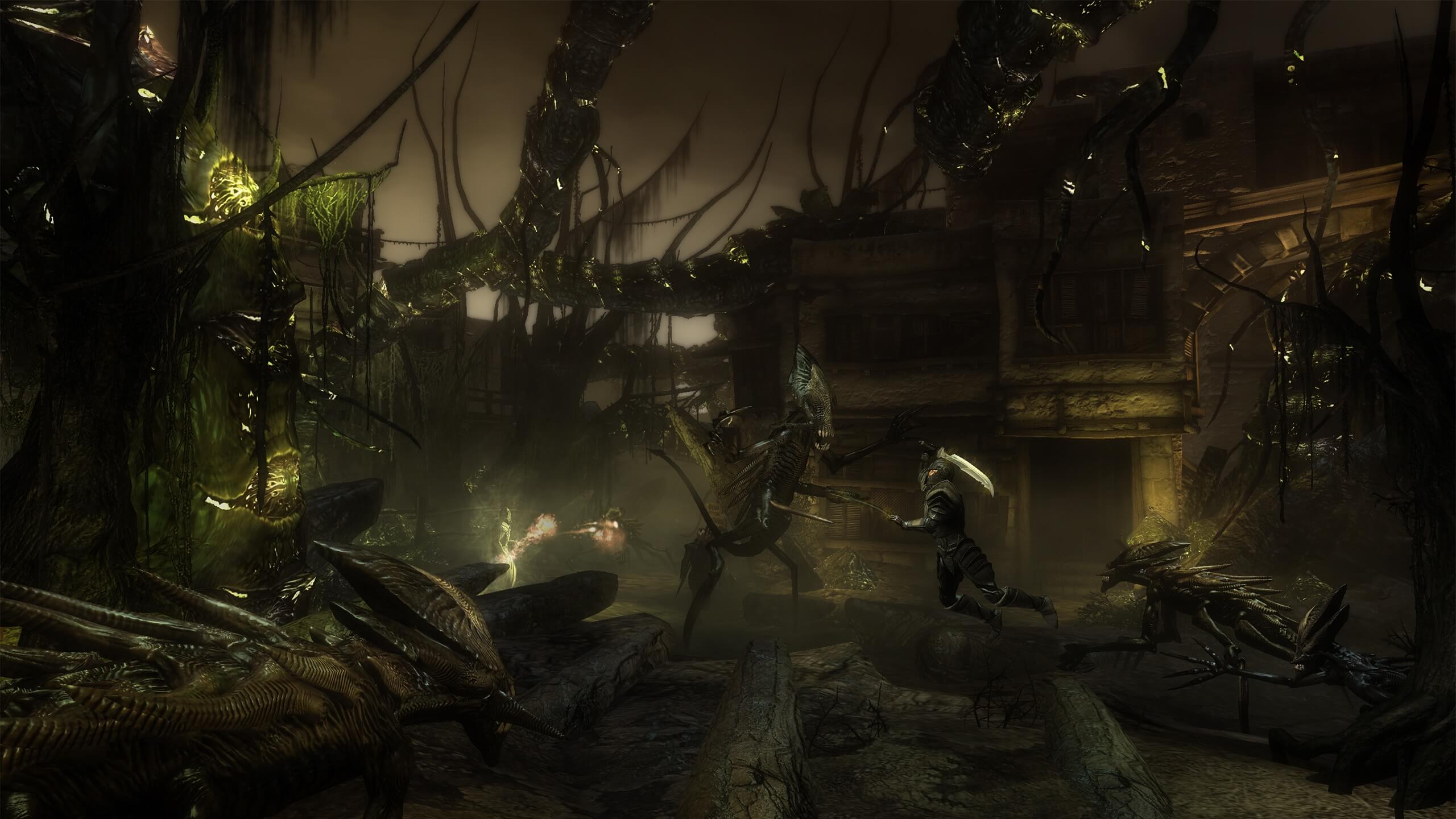 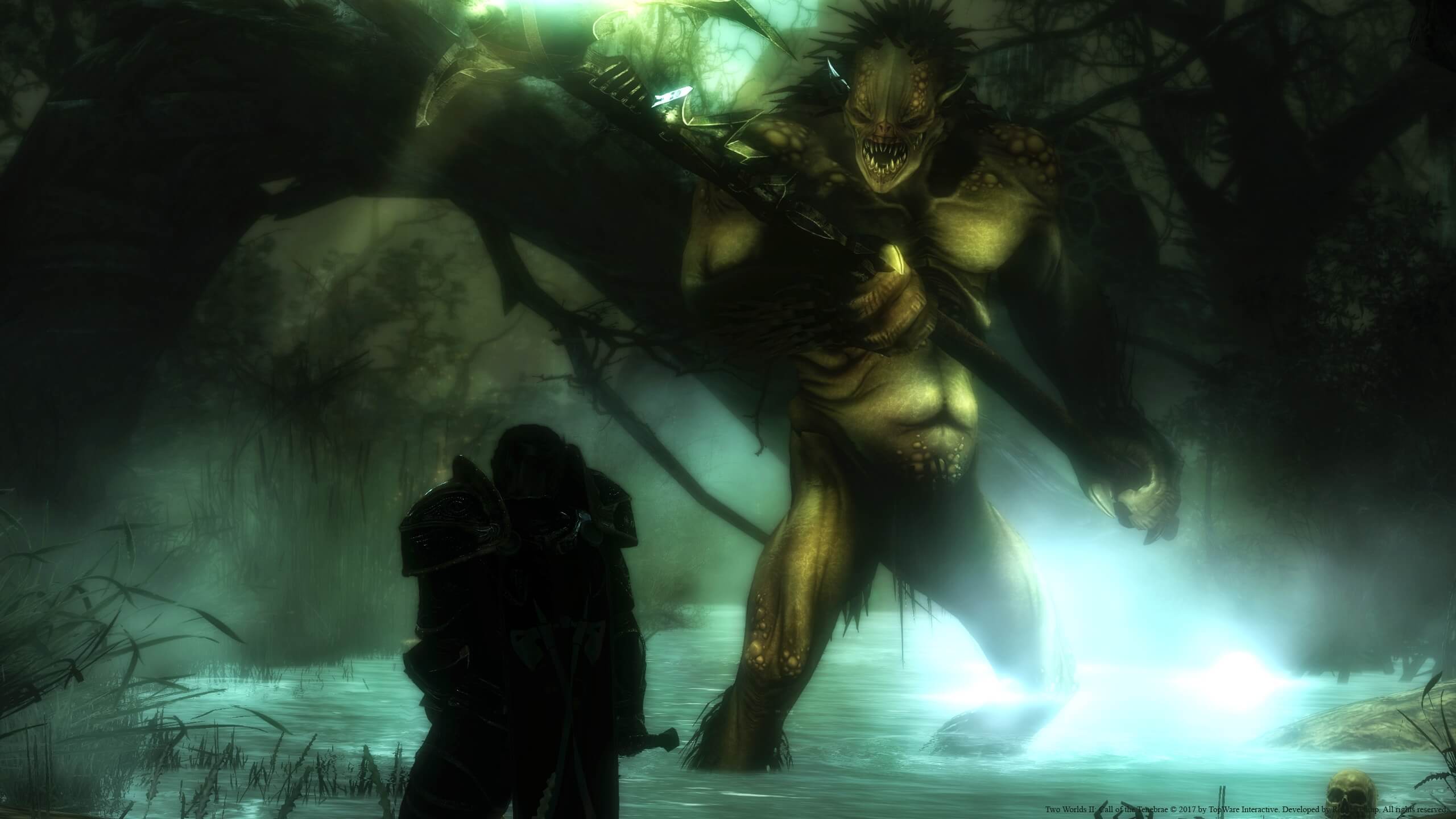 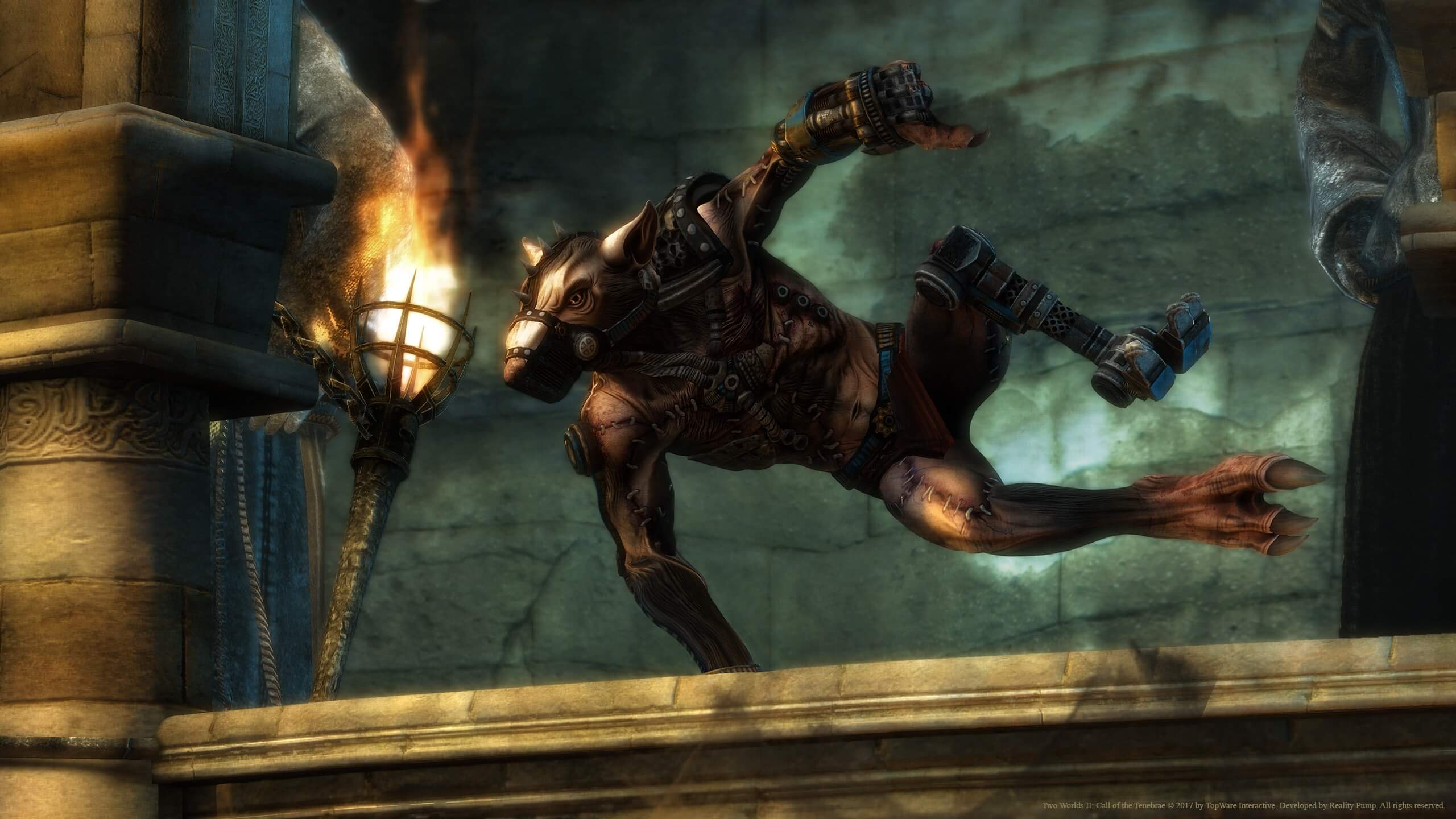 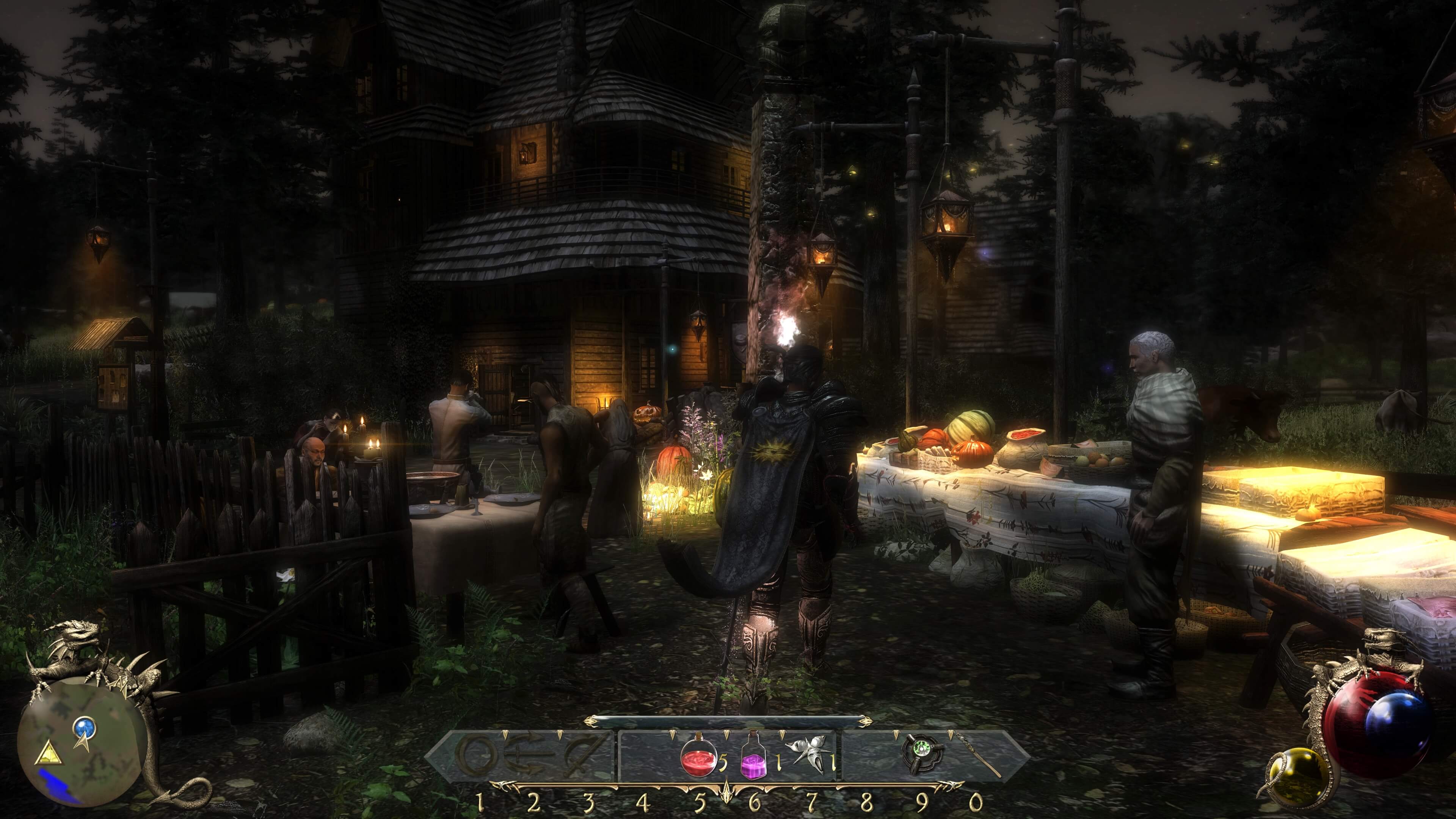 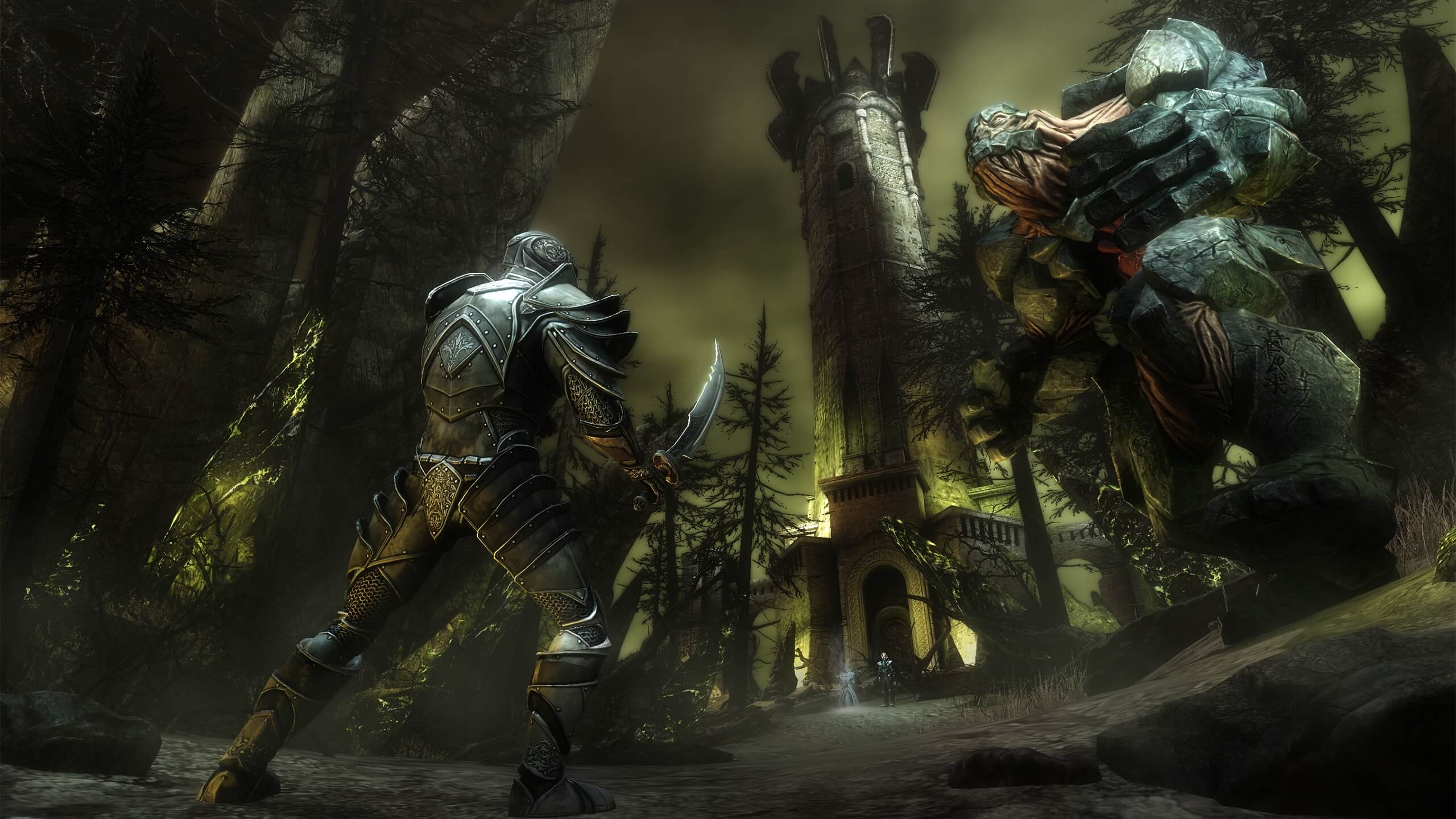 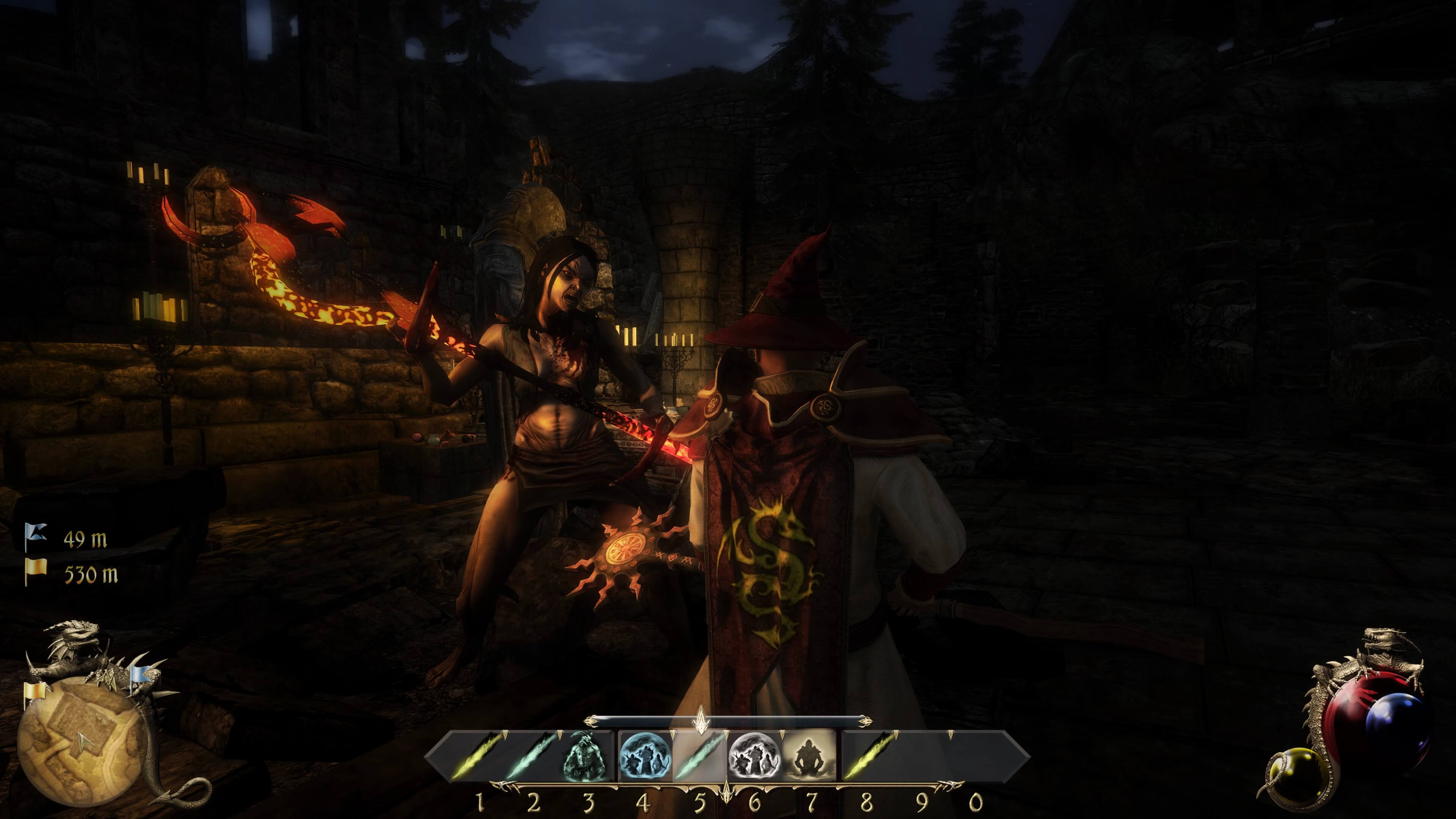 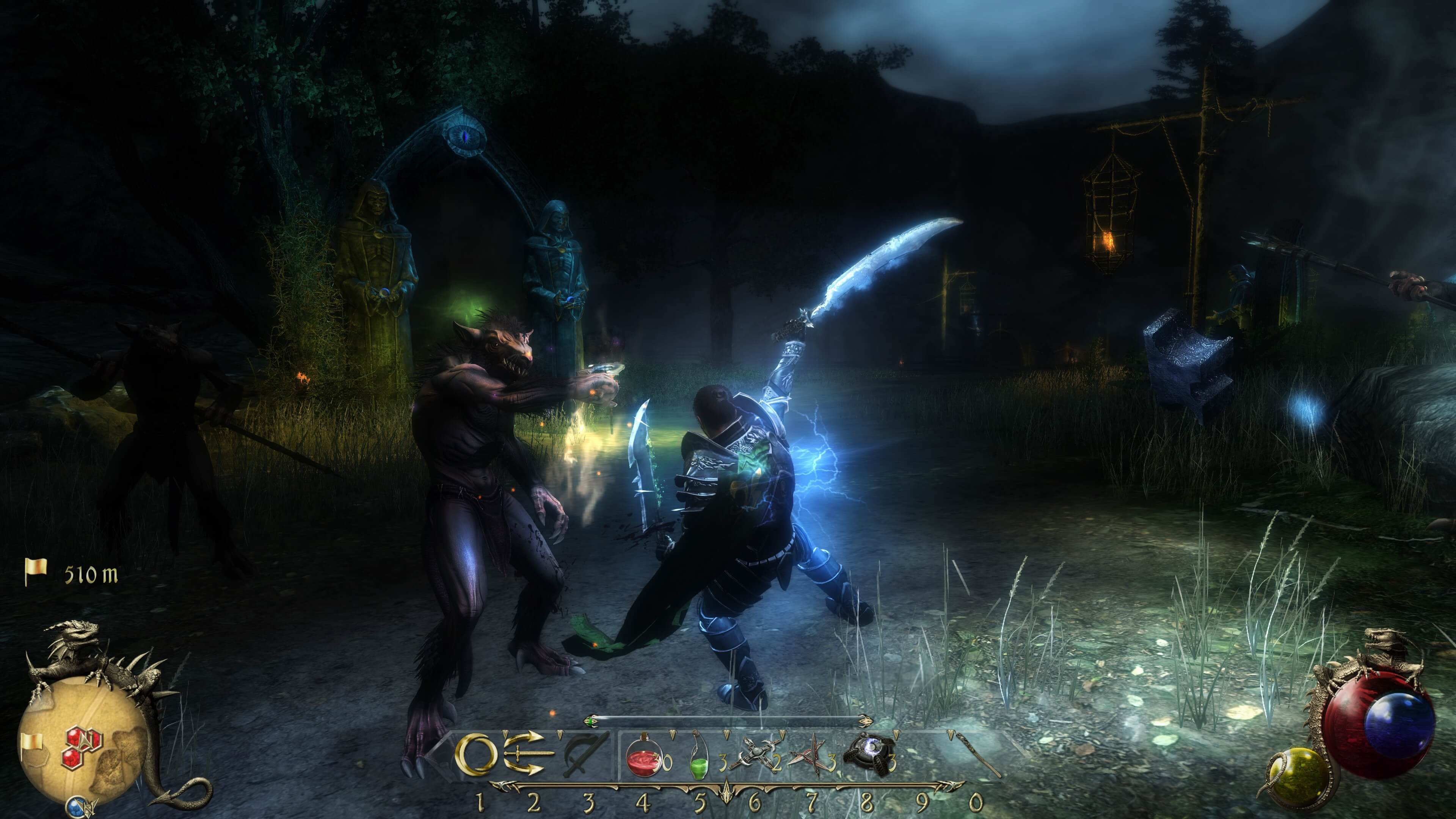 (It does not require the main game and no prior experience with Two Worlds titles is needed, but it is only recommended for experienced RPG Players)

At long last, it’s time to revisit the sprawling lands of Antaloor for another thrilling chapter in the Two Worlds saga! After the high-flying adventure of TW2: Pirates of the Flying Fortress, leave the skies behind and return to Antaloor in this exciting, TWO WORLDS II HD: Call of the Tenebrae!

In this new RPG adventure, the shocking murder of DarPha sets in motion a chain of events that reveals a powerful new magic and a creeping evil with sinister designs for the populace of Antaloor. Drawn into a battle between two warring leaders of a savage tribe of rat-like creatures, this horrific new enemy has managed to complete the bulk of its grotesque plan while the citizens of Antaloor have remained completely unaware. With only a few short days until their diabolical scheme is complete, the hero must act fast and defeat this new evil before the light of Antaloor is extinguished!

Team up with familiar faces and new allies alike as you unravel a genocidal plot that will destroy the harmony of Antaloor and leave its people and lands in ruins. Solve the mystery of the Elves’ disappearance and uncover powerful relics of a time passed as new revelations lead to shocking discoveries that will change the face of Antaloor forever.

New combat techniques and enemy behaviors will keep you guessing and brand new locations await you, from haunted graveyards and crypts to dank swamps and dark forests swarming with vicious enemies. The fate of Antaloor’s people hangs in the balance and the stakes have never been higher. Uncover the nefarious plot against her citizens and discover the powerful secret that will rock Antaloor to its core.

Welcome back to Two Worlds!