... 300 years after Aziraal has been banished, a brother and sister are drawn into the conflict which has flared up between the Orcs and the free world. Kyra, the hero's younger sister, suddenly disappears in mysterious circumstances.«...If my family really belongs to the chosen ones, why then have we always been as poor as church mice? 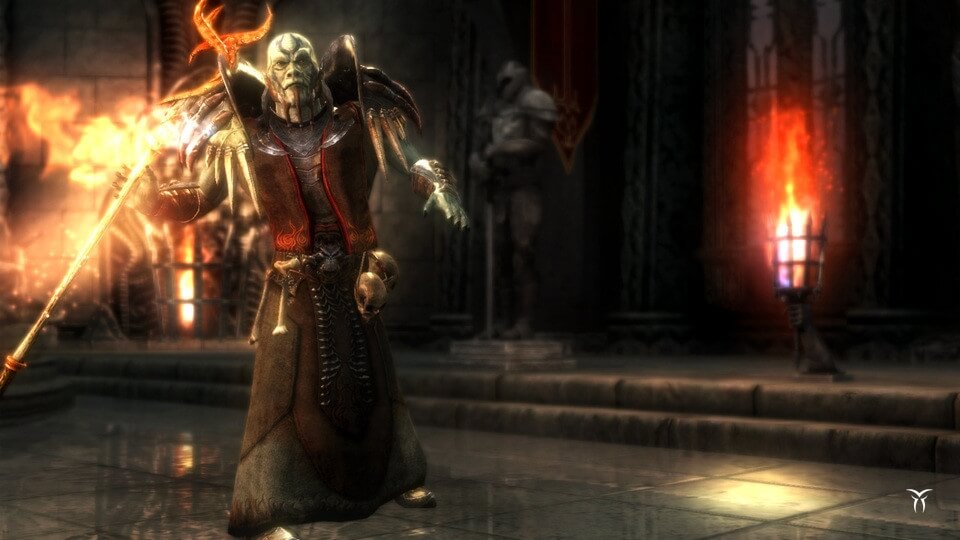 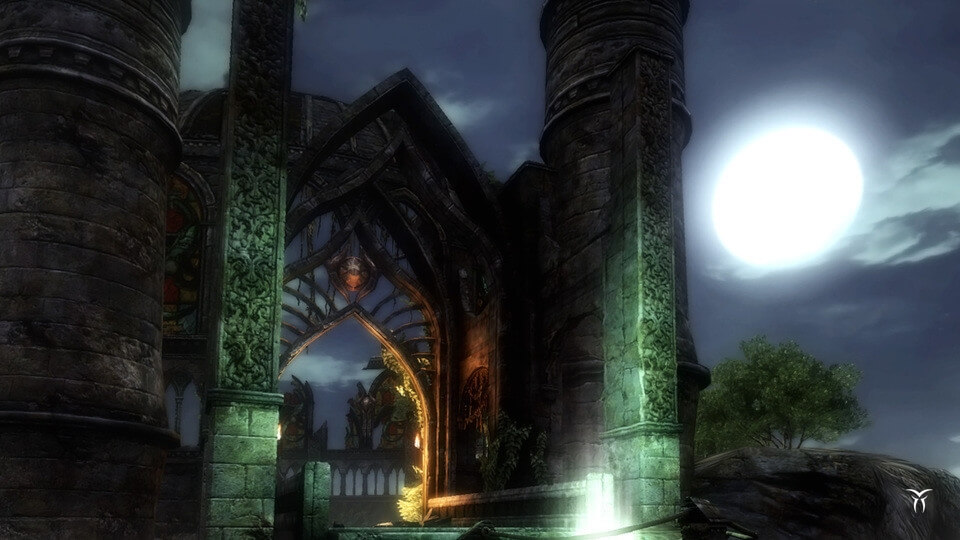 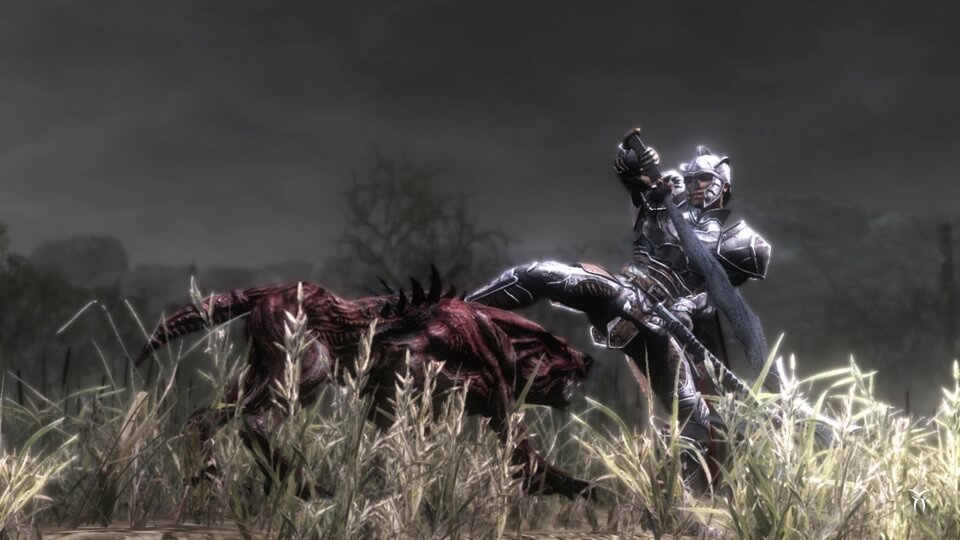 ... 300 years after Aziraal has been banished, a brother and sister are drawn into the conflict which has flared up between the Orcs and the free world. Kyra, the hero's younger sister, suddenly disappears in mysterious circumstances.

«...If my family really belongs to the chosen ones, why then have we always been as poor as church mice? I have never given much credence to all the old stories about a relict in our family's possession - one which supposedly bannedAziraal, the god of the Orcs - they say that only those ofmy bloodwere chosen to safeguard the secret.

'Tis nothing but nonsense methinks – however, my sister Kyra always listened eagerly to the stories of the old ones... but she vanished several months ago... »

To all intents and purposes you're an unscrupulous bounty hunter and mercenary - but the search for your sister takes you back to your roots.

At the beginning of your epic adventure, a mercenary task takes you to the far north - but you're also following up a mysterious lead at the same time - the first clue you've been given since Kyra's disappearance. You get a shock during a meeting with the delegates of a dark Brotherhood - your sister's kidnappers are indeed after your family's relict. Whether there's any truth in your family being chosen ones or not, the others obviously believe it - and if you ever want to see Kyra alive again, you'll have to act swiftly...

Includes the original Two Worlds, plus the add-on Tainted Blood

OVER 90 NEW QUESTS: Journey even deeper into the world of Antaloor with over 90 new quests and eight new multiplayer maps

A breathtaking journey into Antaloor's past.

After the downfall of Aziraal, God of Fire, the Dark Lord Gandohar has nearly achieved his objective to disrupt the balance between the elements. Dark magic surges into the land to fill the void. Recognizing the potential for complete control over the dark powers, Gandohar starts to use the power of Aziraal trap within Kyra, the descendant of the Orphans. Despite her ancestry, Kyra cannot endure the strain. With Antaloor already in his clutches, Gandohar concocts a new plan from his stronghold in Oswaroth. There are still those who struggle against the tyrant, hoping to shift the balance of forces in their favor. The fight for Antaloor continues...

Five years have passed since dramatic events brought the whole world to the edge of the abyss. The hero is a prisoner in the dungeons of Gandohar's castle. His hopes of saving his sister vanished with his freedom. Just as despair threatens to overcome him, hope comes from where he would have least expected. The Orcs, a race the hero had always hated, have put together a rescue squad that frees the hero from his bonds. He emerges into a land desecrated by evil. He embarks on a journey to shed light on Gandohar's dark past, hoping to discover a weak point in his enemy's defense. If he fails, he will lose his sister forever.

Plots within plots and schemes within schemes devolve the crew of the Wandering Wrath into mistrust and outright mutiny, and all the while the lives of the islands' innocents hang perilously in the balance. The ship's notorious captain is a man so cruel and vile, he is said to have been born without a soul. Yet it is often true in the murky underbelly of the harsh seas, that things aren't always what they seem. Captain Ed Teal recruits the hero of the story for a personal errand, one such errand that's allegedly unconnected with treasure, but rather to reconnect him with his lost love; a secluded and hermitical maiden by the name of Maren who is said to inhabit the islands. Uninvited eyes are always watching where there is fame and fortune to be had. The Wandering Wrath's second and third in command, Cutter and Nicky Nails, have agenda's of their own. Trust is the rarest of all currencies, and none will be found by those unwilling to shed a little of his own… or a few buckets of blood.

Pirates of the Flying Fortress introduces more than a sufficient amount of new gameplay elements. In addition to an archipelago filled with new vegetation in which players can traverse whether by foot, on horseback, sailing their own boat or even by swimming, there is also all-new races and bosses who lurk in the depths of the unexplored islands. Brilliantly flavored with stunning new cut-scenes, the 12+ hours of main quests await the player, permeated with twists and surprises at every decision. Dozens of new weapons including the crossbow, permanent potions and new armor accessories to increase the hero’s stats, effective horse armor, as well as fresh fighting techniques will provide the perfect means to get an all-new experience in the world of Antaloor. Thrilling in-game video sequences, created with new animation techniques and new weather effects like rain and storms; even seasoned "Two Worlds" veterans will get their money's worth! In "Pirates of the Flying Fortress" the archipelago world is debuted in a more realistic and compelling presentation than ever before, thanks to attacking plants, the realistic fauna and new atmospheric particle effects . The same applies to the story, which is pushed forward with cinematic animations, elaborately staged cut-scenes and amazingly scripted dialogs. And finally, the four additional multiplayer adventure maps grant players with cooperative long-term entertainment.

While the bloody battle between Gandohar’s troops and the armies of the Orcs is raging in front of the gates of Oswaroth, the emperor waits in the depths of his palace on the outcome of the struggle for power. However, he does not know that an elite troop of Orcs, led by Rogdor, is making its way through secret paths into the fortress and is now close to the portals of the throne room...