Two Point County is having an artistic crisis. The creative world is bereft of ideas. Culture is drying up, and nothing is left but a crusty nubbin and an uninspiring husk. 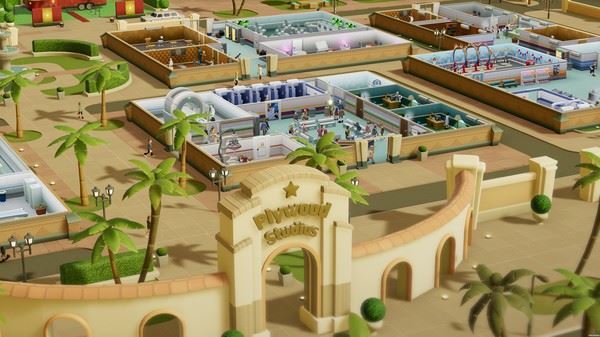 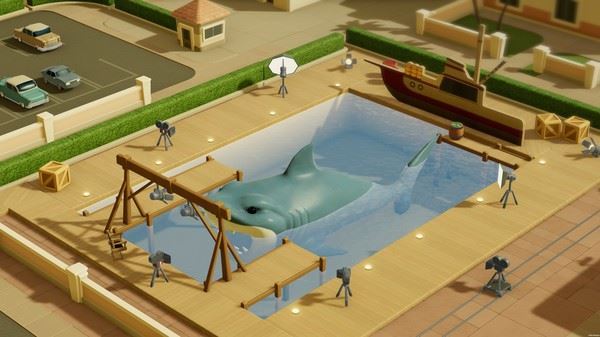 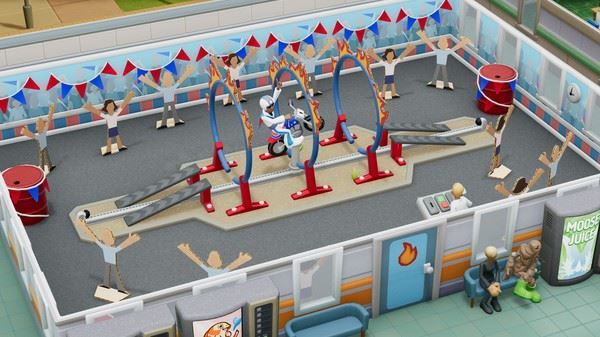 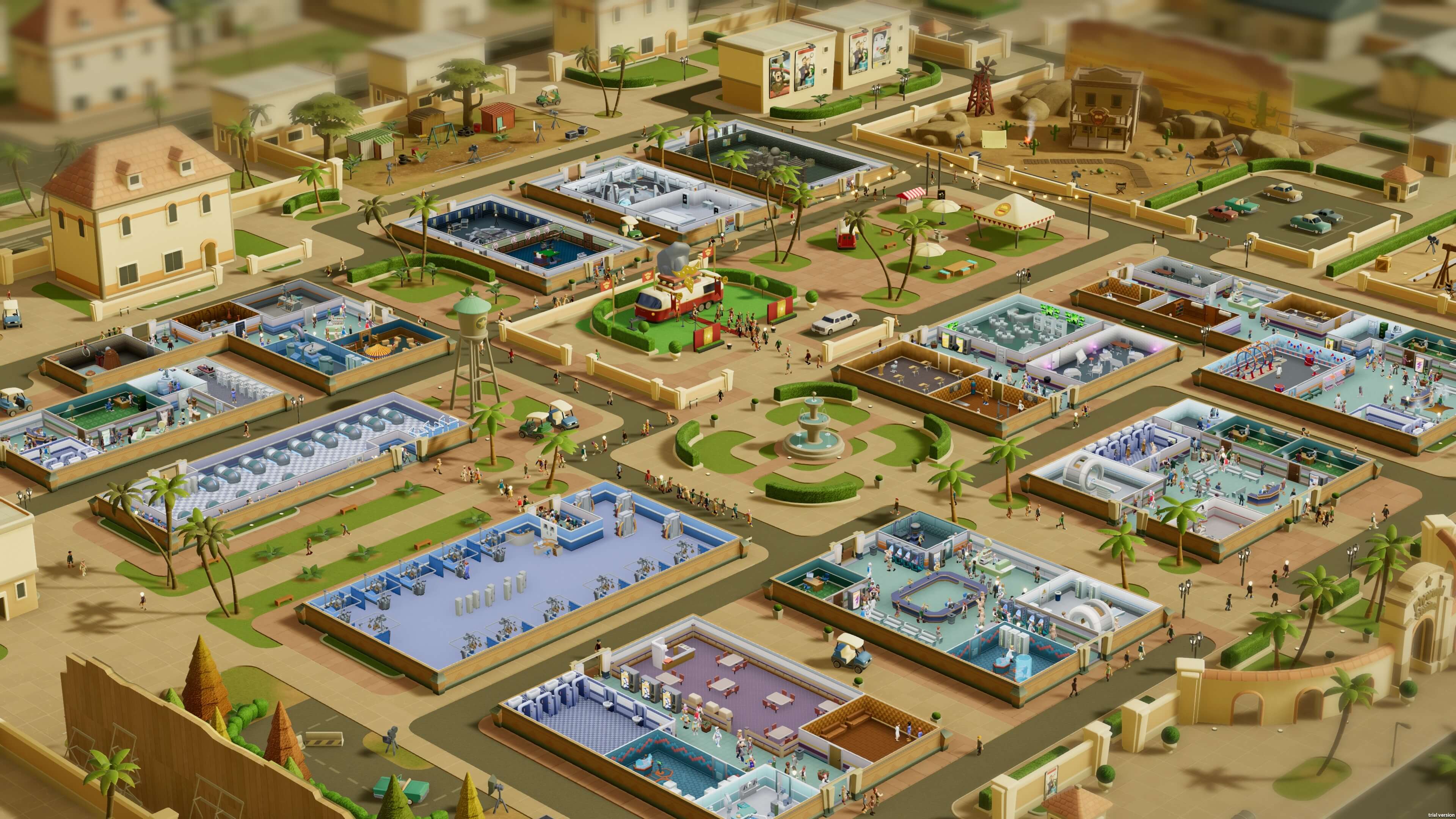 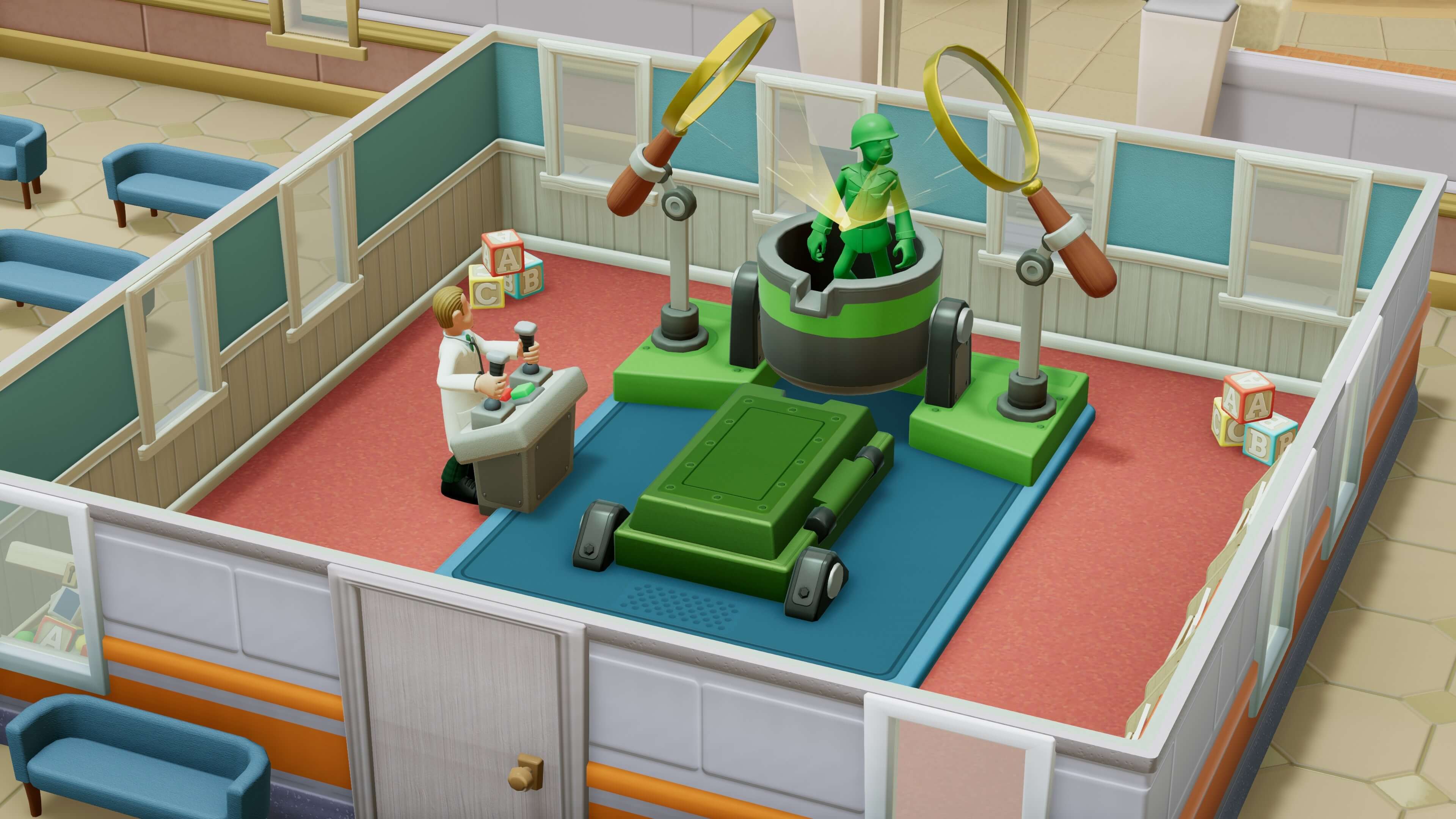 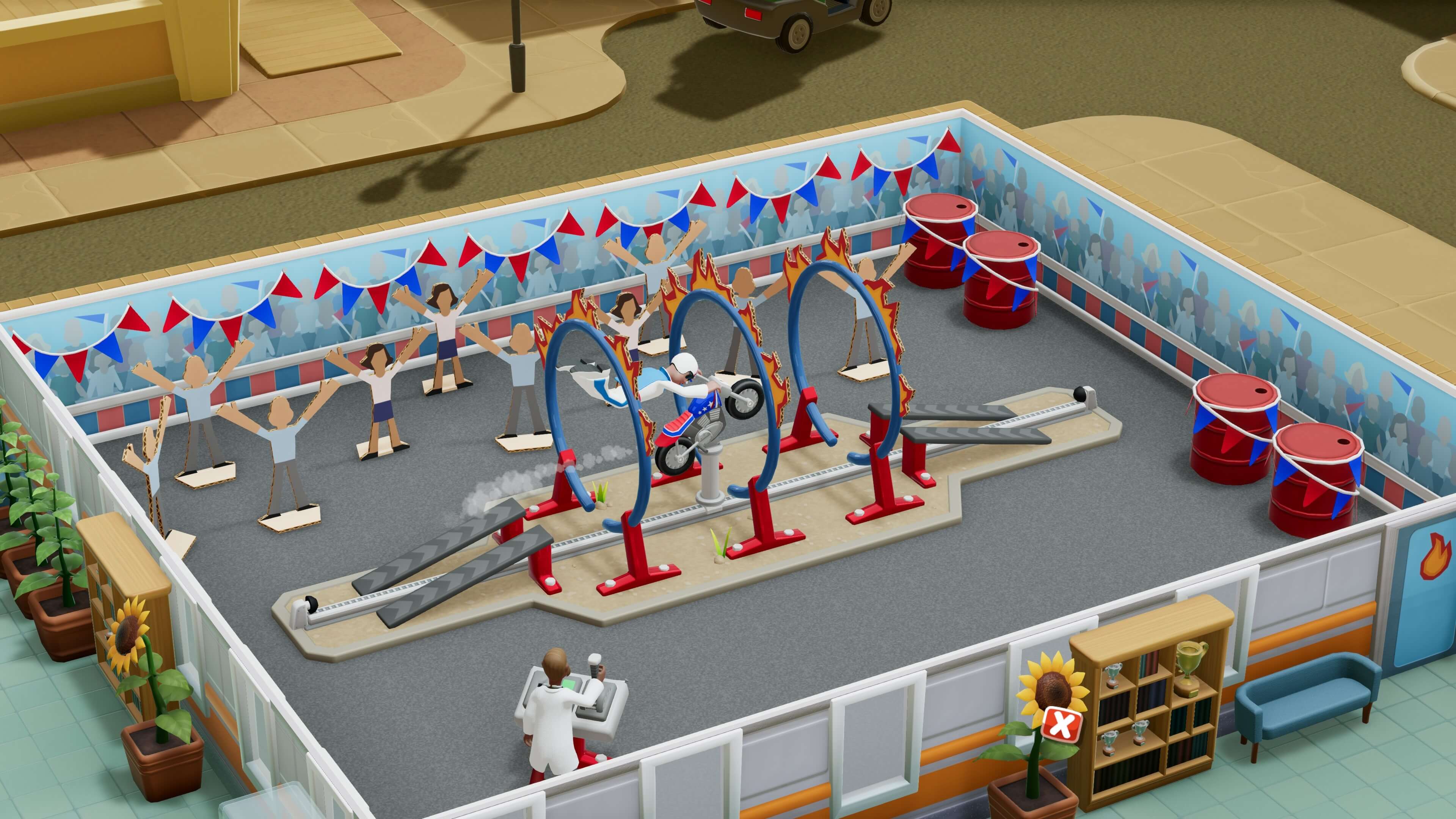 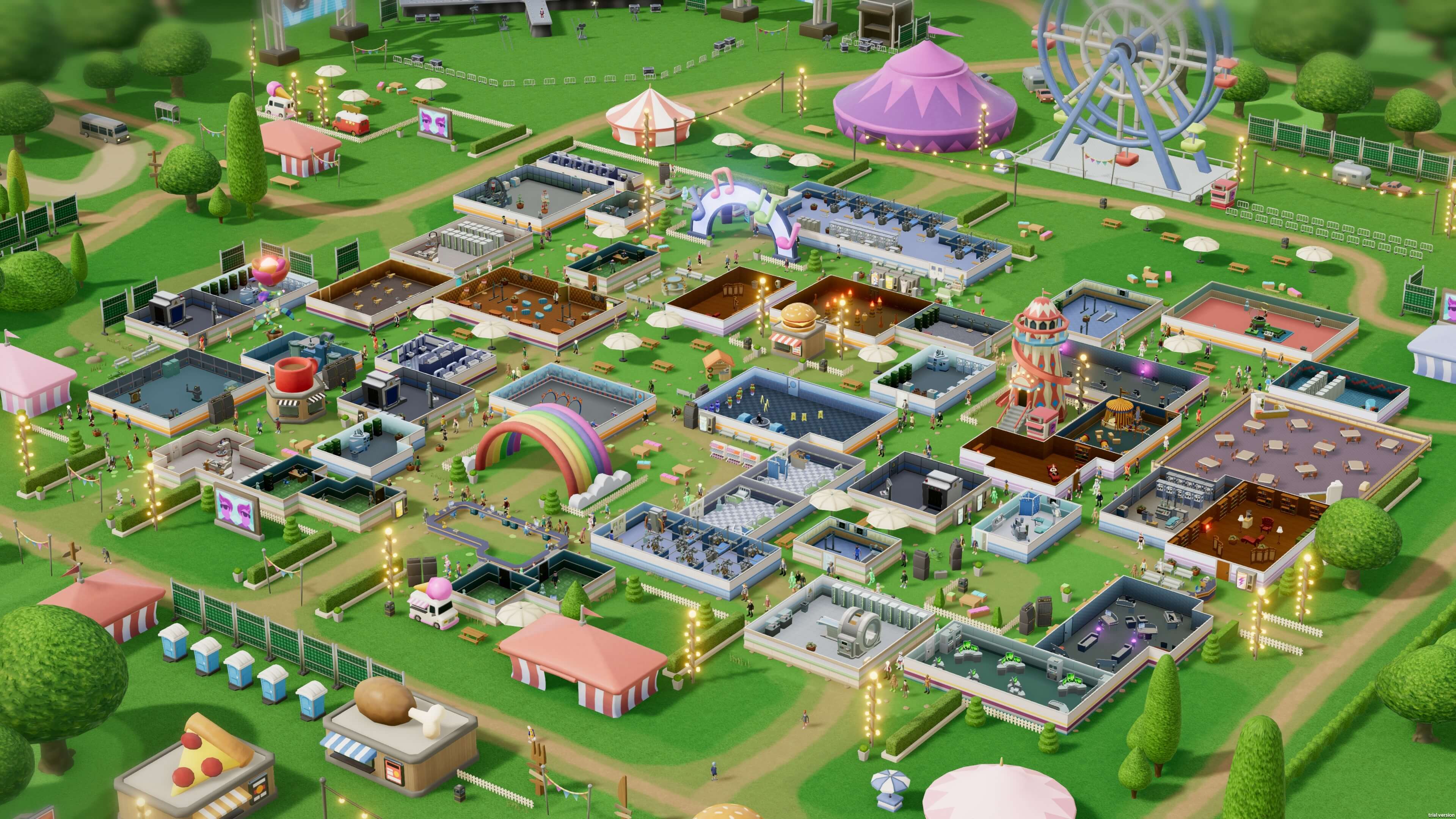 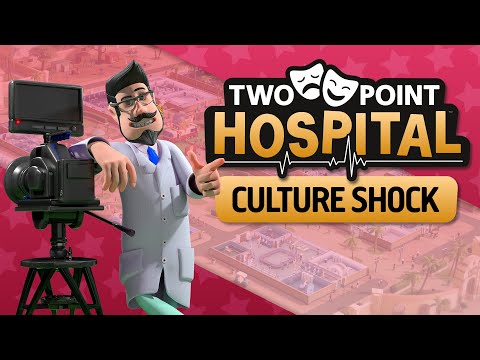 Two Point County is having an artistic crisis. The creative world is bereft of ideas. Culture is drying up, and nothing is left but a crusty nubbin and an uninspiring husk.

Fortunately, you’re on hand to answer the call of artist-in-residence Zara Fitzpocket, as she seeks to resuscitate the music scene, the silver screen and all artwork in between.

Face televisual shenanigans at Plywood Studios as you look to launch a hit medical drama with washed-up film star Roderick Cushion. Head to Mudbury Festival and grab lyrical headlines with musical headliners while serving burgers from questionable vans. Finally, savour the affluent aromas of high society life at Zara’s very own Fitzpocket Academy. Socialise, hobnob, and boost that VIBE darling, because if you don’t who will?

*A MESSAGE FROM ZARA FITZPOCKET*

_For far too long, we have overlooked a sickness in our minds, our homes and our loft-studio work spaces. What may have begun as a collective dry spell has become an all too literal illness. No single remedy, be it dramatic, melodic or medical will be enough. No, we must all work together on my biggest project yet._

_With my connections and your uncanny ability to heal things, we must cure the ailing culture of Two Point County. First things firstly, I believe that we’ll be needing a shot in the arm, and who better to administer the injection than a certified healthcare wiz such as yourself? _

_If you’re interested - and I hope you are - your first task will take you to Plywood Studios and the silver screen! Remember, the pen is mightier than the scalpel._

*The most new illnesses featured in a DLC yet!*

Take in the sights, sounds and, dare we say it, smells, of the cultural scene on your whistle-stop tour into (and through) Two Point County’s pulsating arts.

The glitz and glamour of Plywood Studios is your first stop. Can you launch a medical hit drama for the ages? Everyone’s watching (or at least they will be if you get it right).

From there, swing over to Mudbury and experience festival life for yourself, replete with unfortunate health and safety issues and a complete lack of hygiene standards.

Finally, head to the pinnacle of society at Zara Fitzpocket’s very own health exhibition / posh person soiree. It’s an arty hospital, a party hospital. You’ve made it, Babycheeks.