The record-breaking streamlined Class A4 Pacifics were the flagships of prestigious high-speed steam travel in the UK, and the six surviving ‘Streaks’ are now available for Train Simulator in one special Gathering. 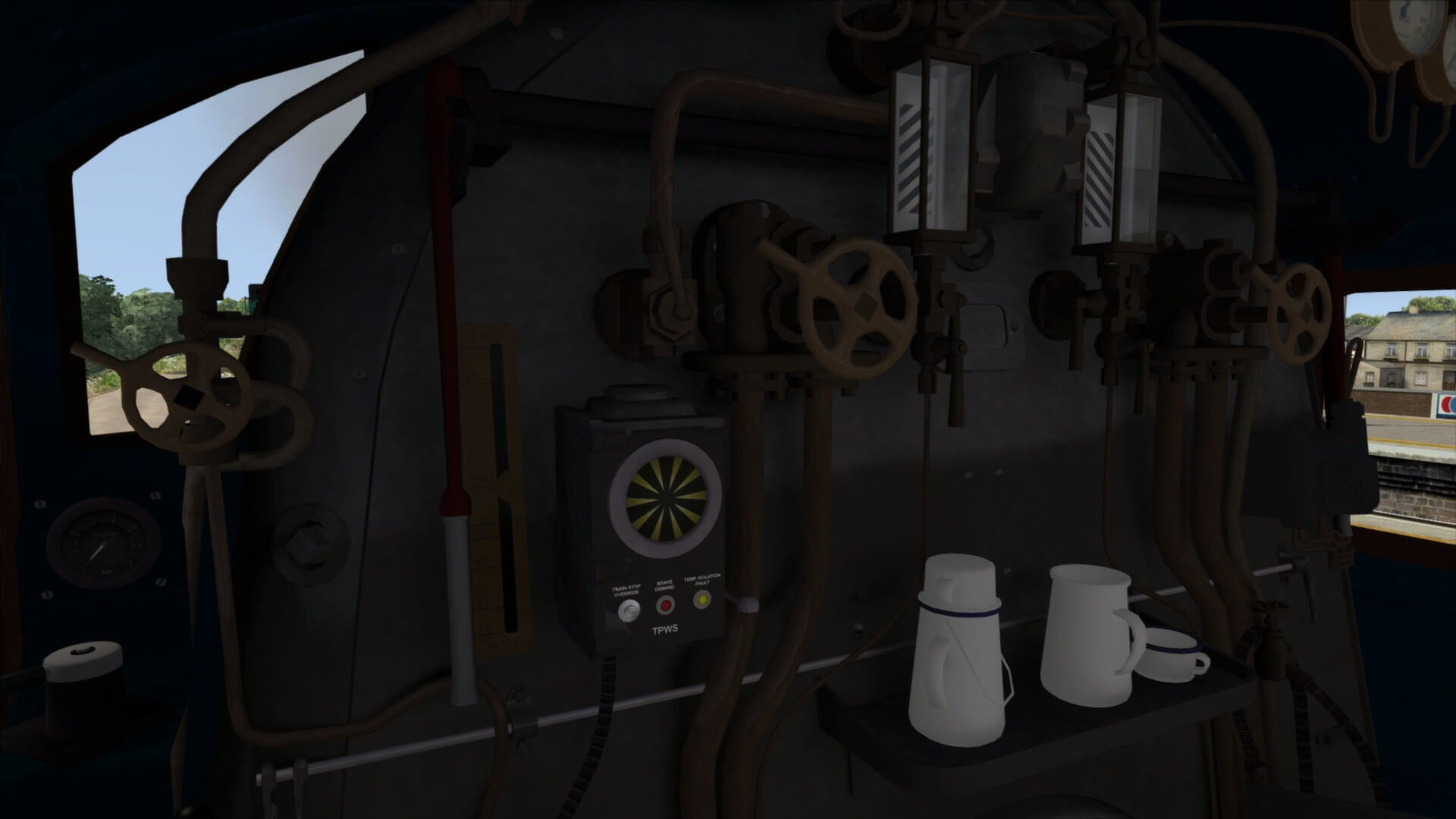 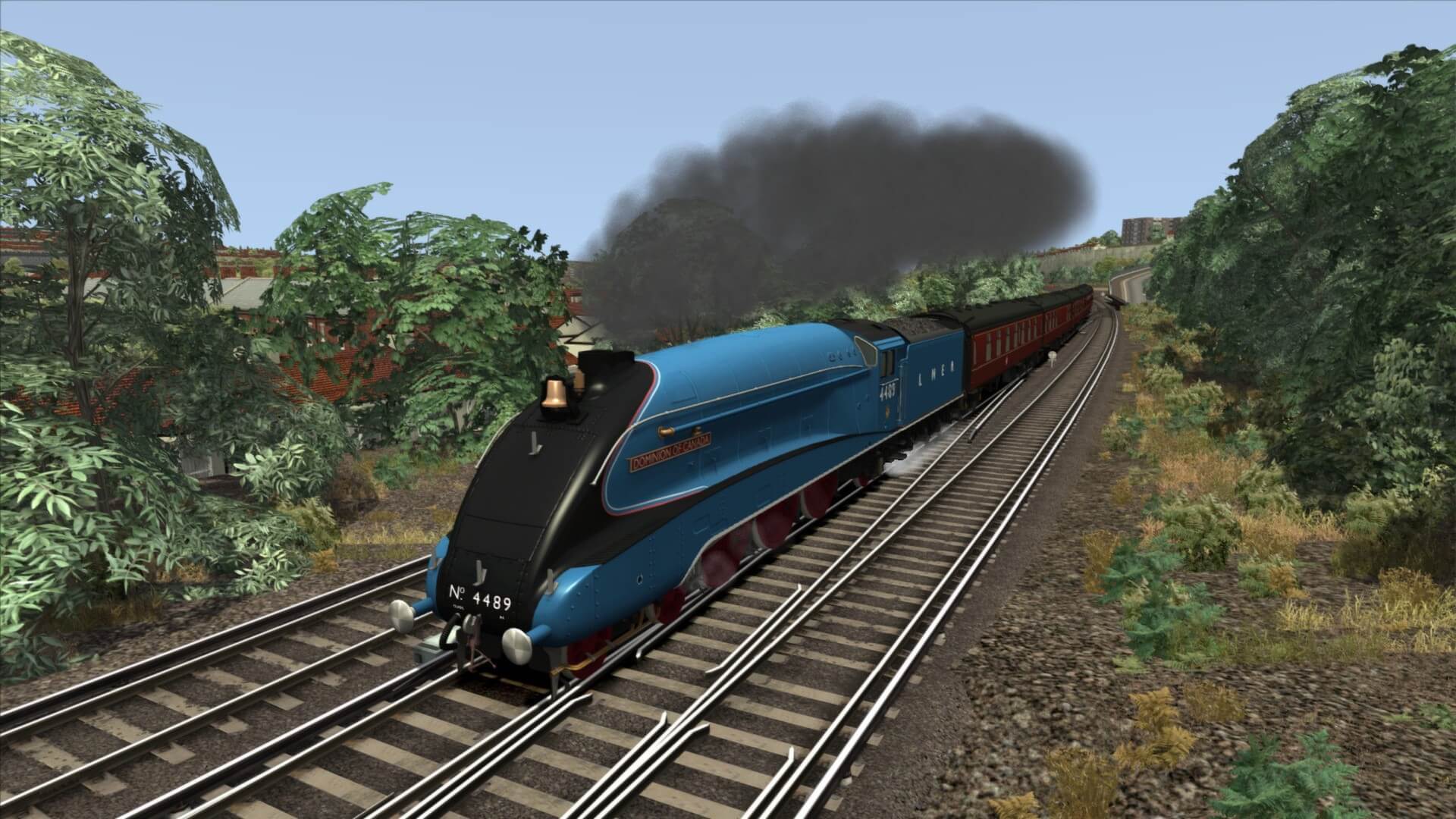 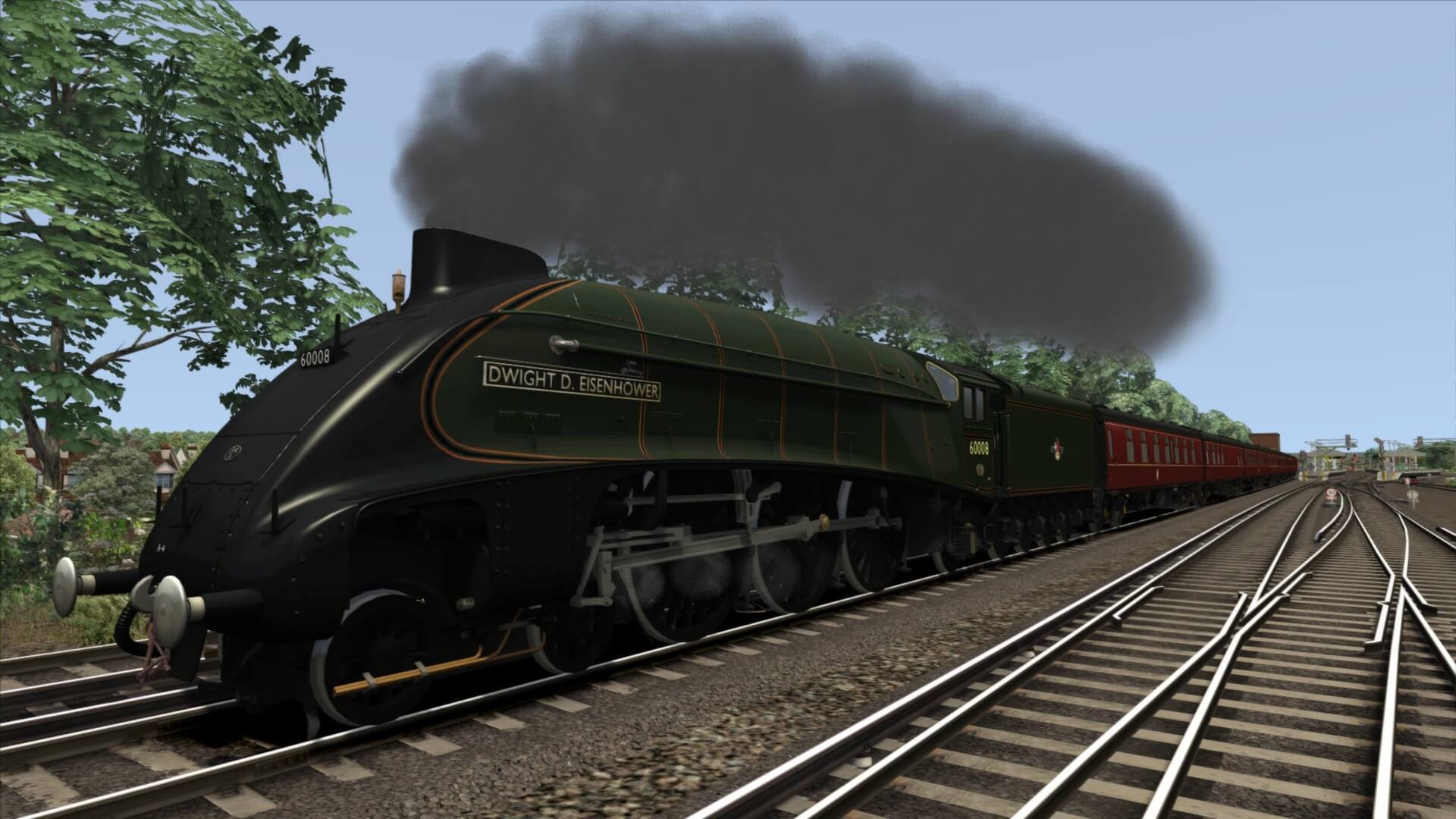 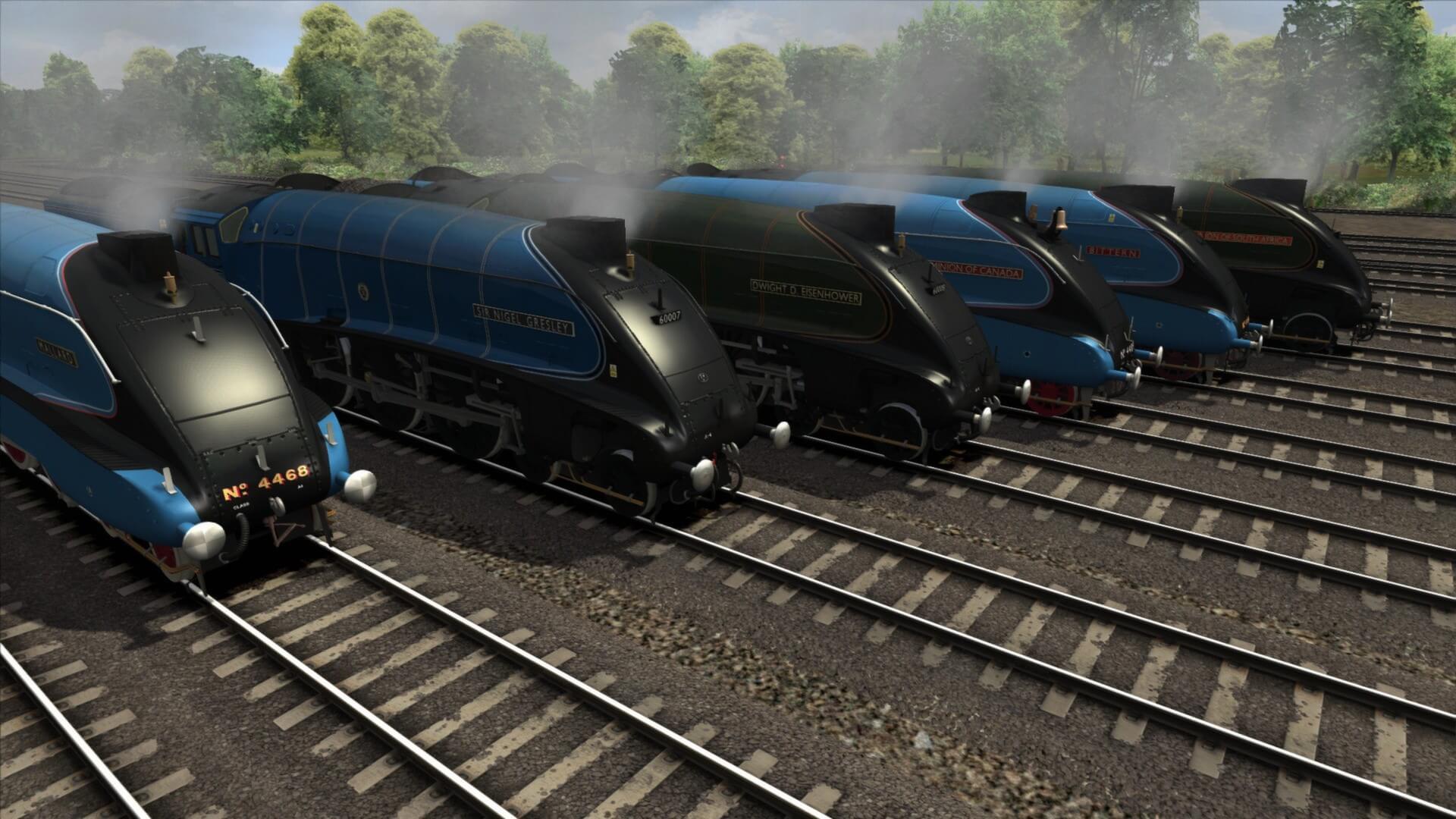 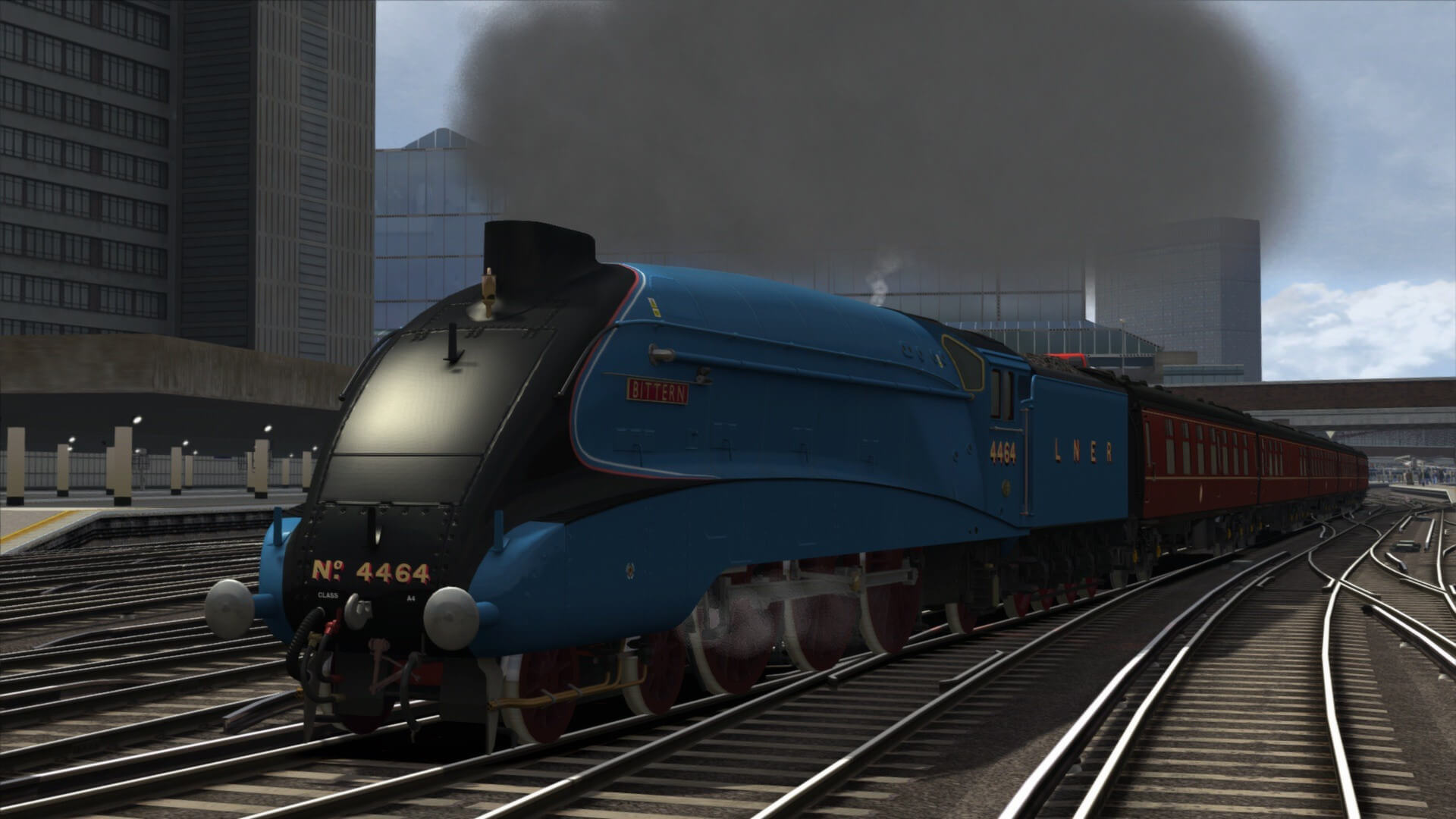 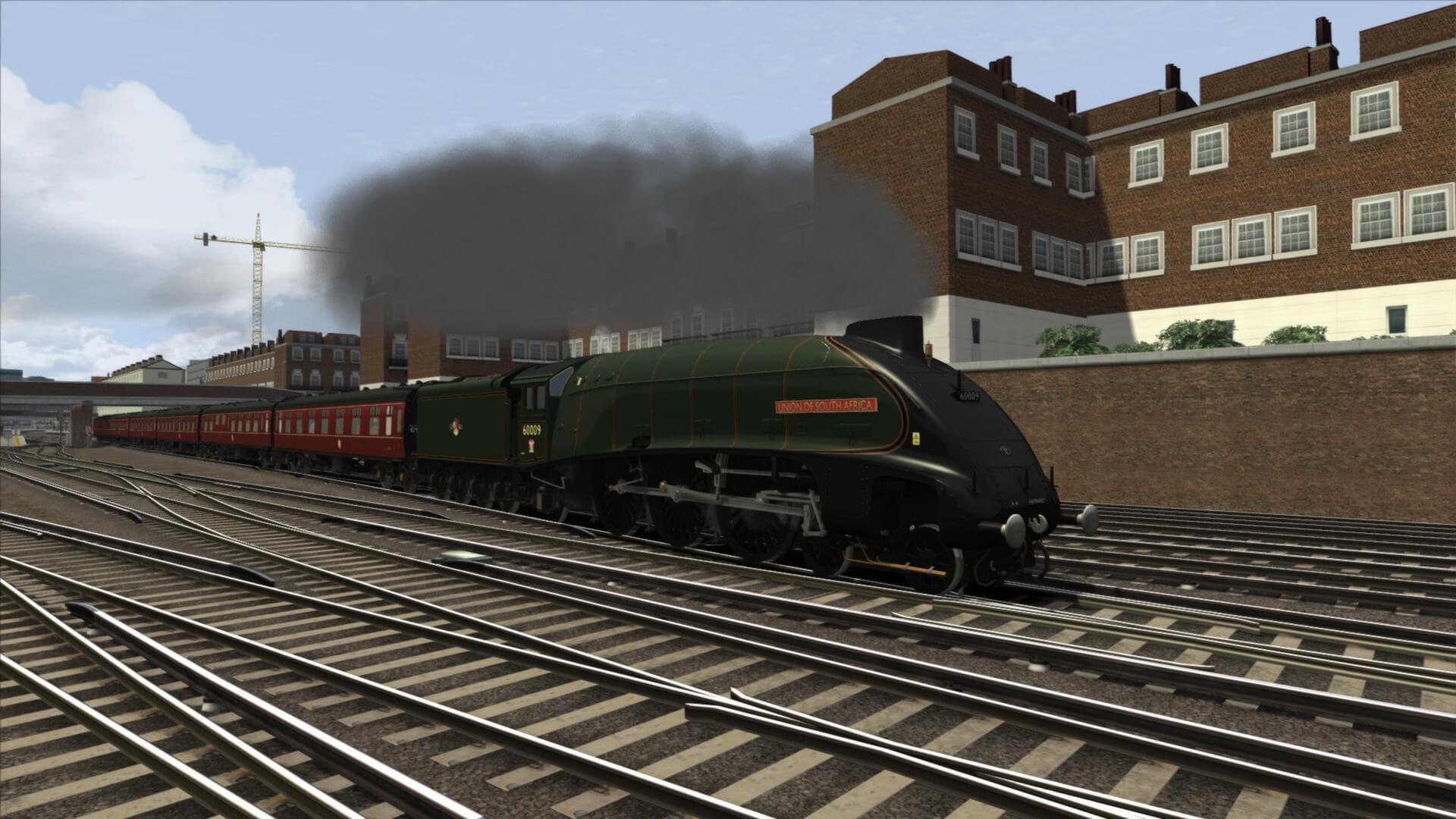 The record-breaking streamlined Class A4 Pacifics were the flagships of prestigious high-speed steam travel in the UK, and the six surviving ‘Streaks’ are now available for Train Simulator in one special Gathering.

During a visit to Germany in 1933, Sir Nigel Gresley was taken by the high-speed streamlined ‘Flying Hamburger’ diesel train, a concept the London & North Eastern Railway had considered for its East Coast Main Line route. However, Gresley believed that steam power could do an equally impressive job and tested the theory with Class A3 ‘Papyrus’. Gresley’s tests were such a success that LNER granted permission to design more streamlined locomotives.

The Class A4s were designed for prestigious high-speed passenger services, running from London Kings Cross to Edinburgh, Scotland via York and Newcastle. Both internal and external streamlining improved coal and water usage, and a Kylchap double chimney was proven to improve efficiency, making the Class A4s a much admired model with their distinctive flowing aerodynamic profile.

A total of 35 ‘Streaks’ were produced at LNER’s Doncaster Works between 1935 and 1938 and were capable of a 90mph (140km/h) top speed in regular service. However, the Class A4s were record breakers from the outset - Silver Fox attained 113mph (182km/h) in August 1936, making it the highest recorded speed of a regular passenger train at the time.

The most famous of days for the Class A4s was on 3rd July 1938. Pulling six coaches and a dynamometer car, Mallard reached 126mph (202.8km/h) at Stoke Bank, breaking the world speed record for steam locomotives of 124.5mph (200.4km/h) previously held by a German DBG Class 05. The record still stands today, making 2013 the 75th anniversary of this record breaking occasion.

To mark the occasion, the UK’s National Railway Museum (NRM) is bringing all six surviving Class A4s together in one location. With the ‘Streaks’ fully withdrawn from mainline service by 1966, six were preserved – Mallard, Sir Nigel Gresley, Bittern, Union of South Africa, Dominion of Canada and Dwight D Eisenhower. The latter two locomotives were moved to North America shortly after being withdrawn from service with the other four locomotives maintained on preserved railways or in museums.

The NRM’s Great Gathering assembled all six remaining Class A4s reunited and on display to the general public for a limited time, and the Class A4 Pacifics for Train Simulator recreates this unique gathering and the locomotives in the liveries they will be displayed in. They feature with and without their famous aerodynamic side fairings and a special Speed Test scenario between two fixed points on the London to Brighton route, giving you the opportunity to attempt Mallard’s record breaking speed.

The Class A4 Pacifics are also Quick Drive compatible, giving you the freedom to drive the locomotives on any Quick Drive enabled route for Train Simulator, such as those available through Steam.

The Class A4 Pacifics come with unique speed tests for the London to Brighton route, testing your driving skills of these classic locomotives:

- Class A4 Pacific ‘Dominion of Canada’ in LNER Blue livery