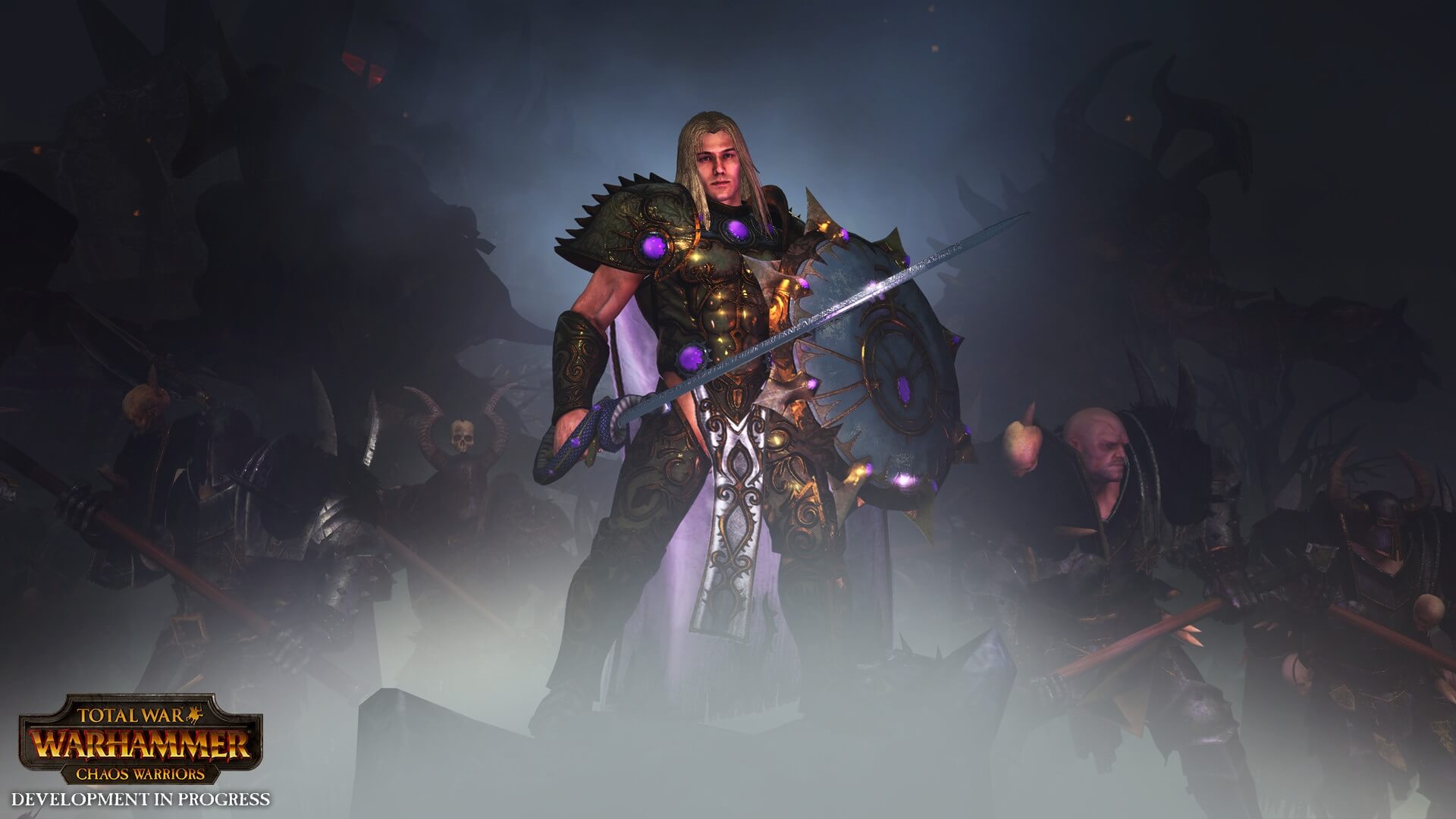 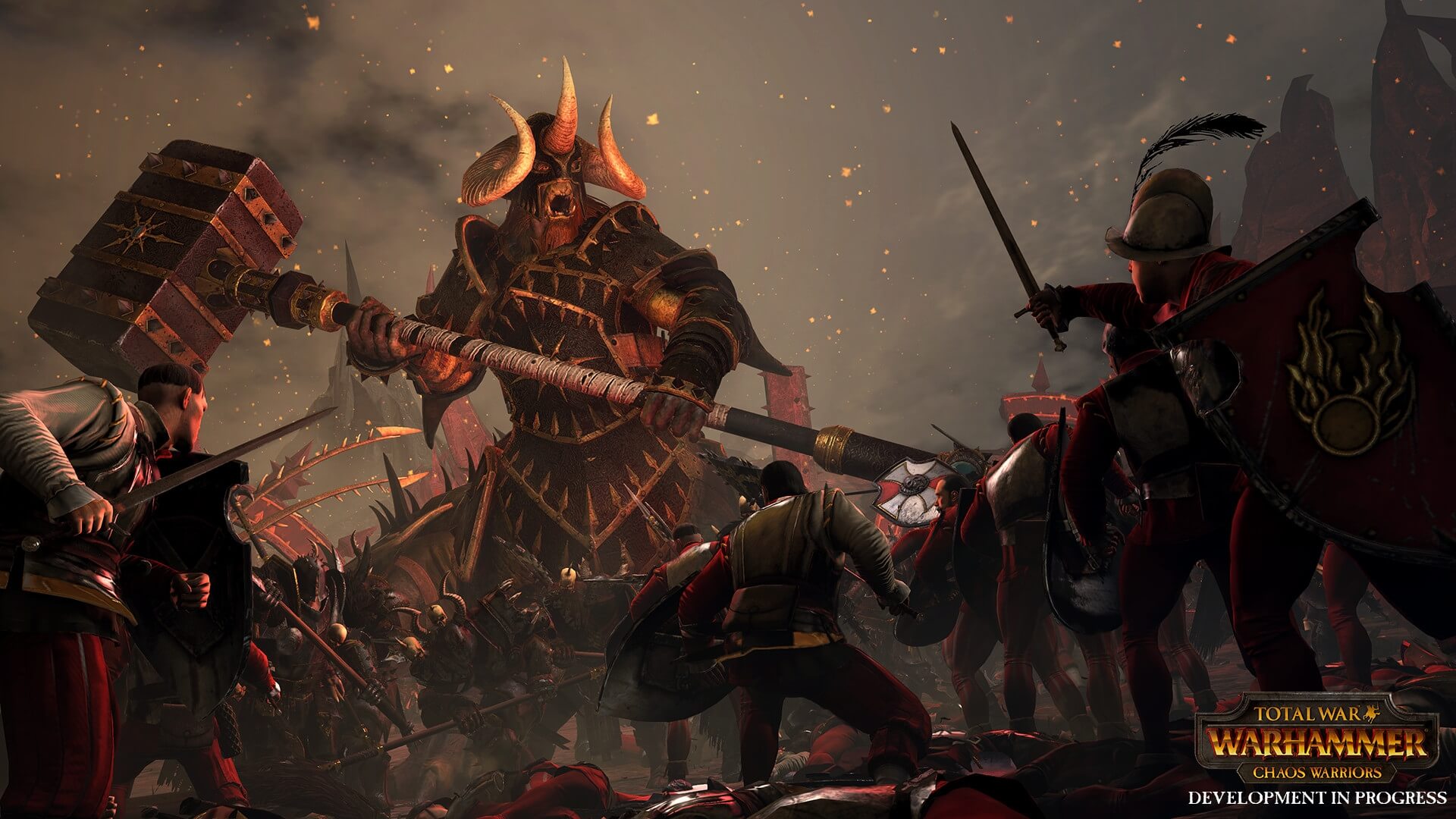 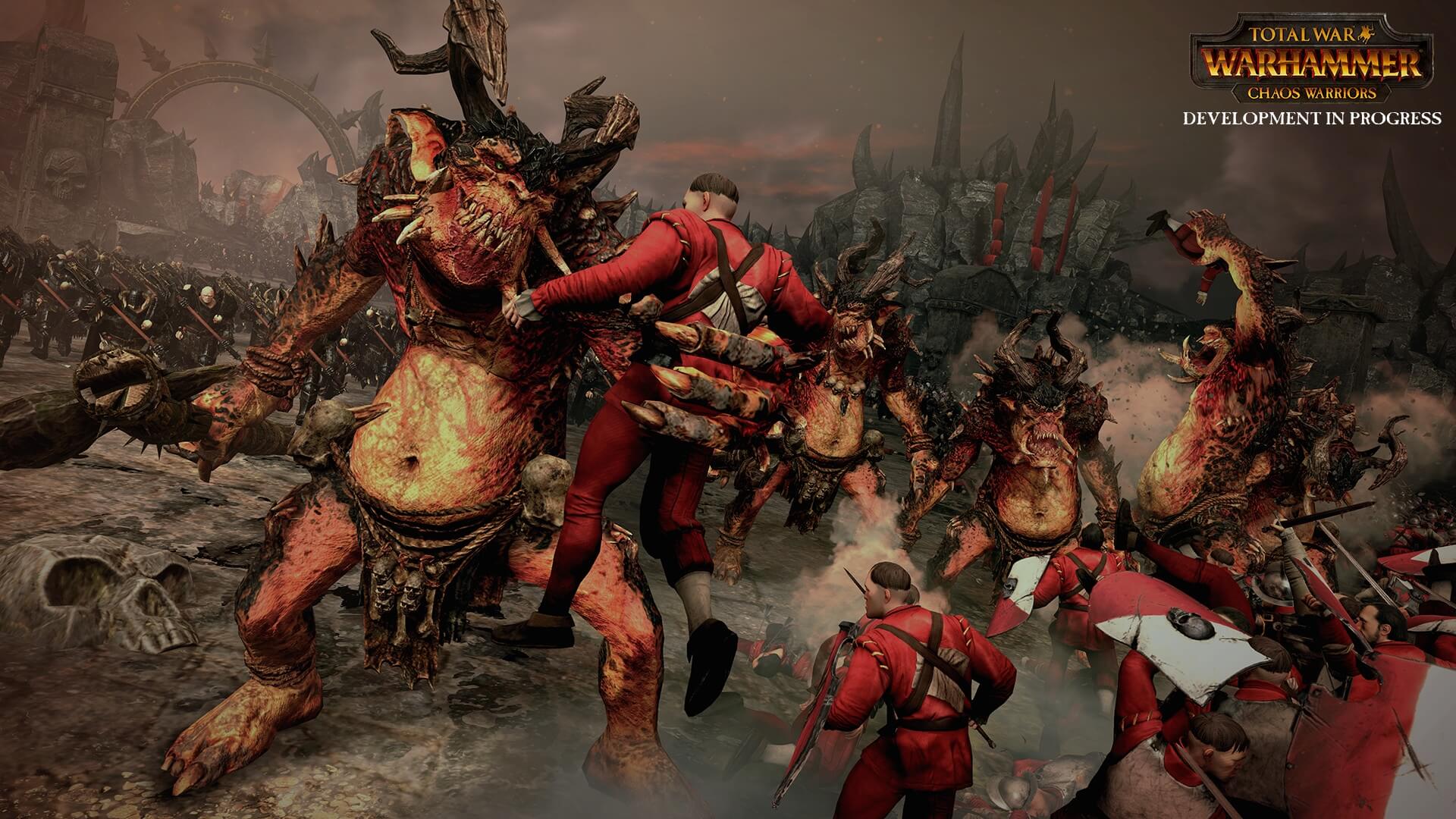 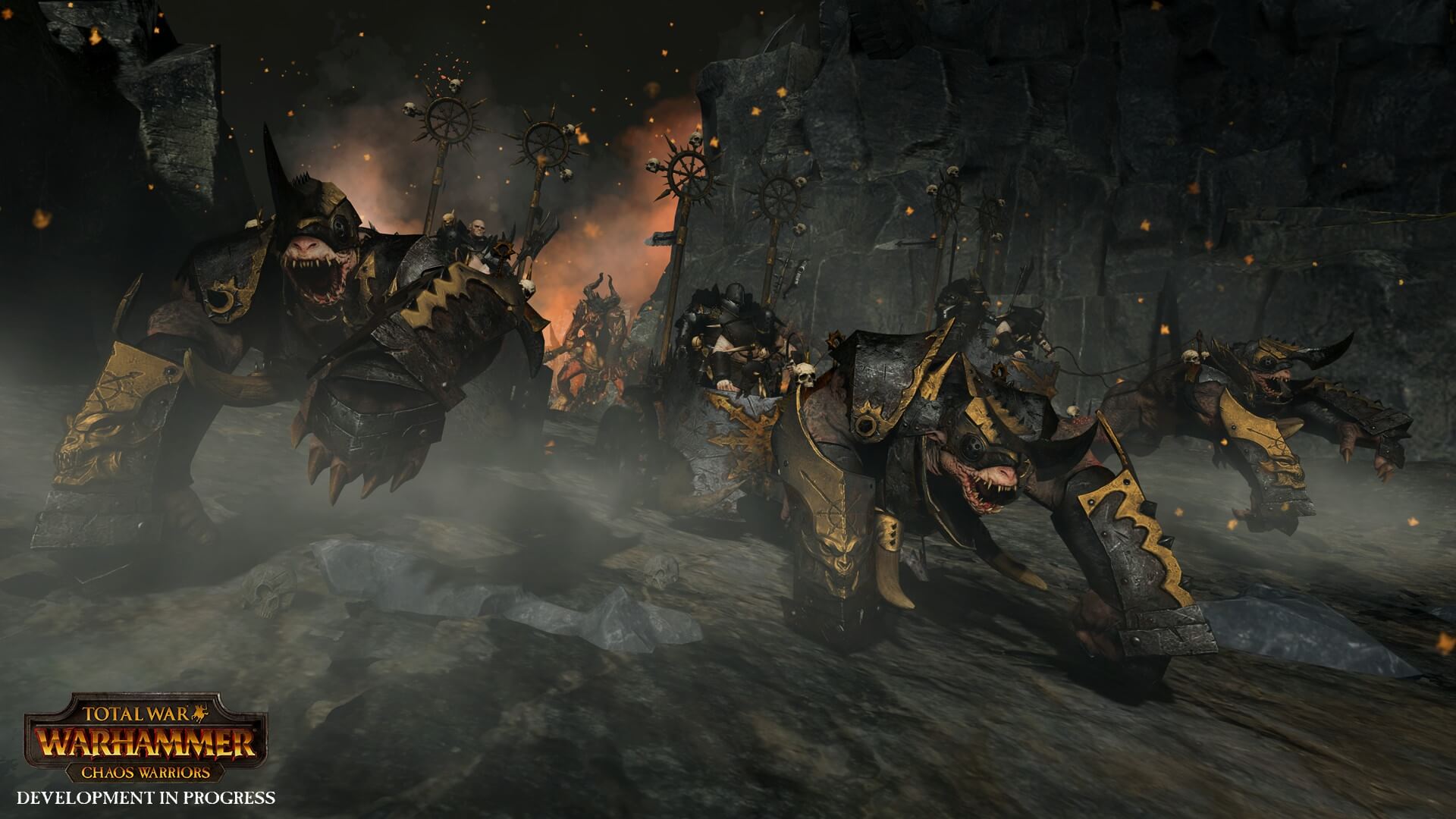 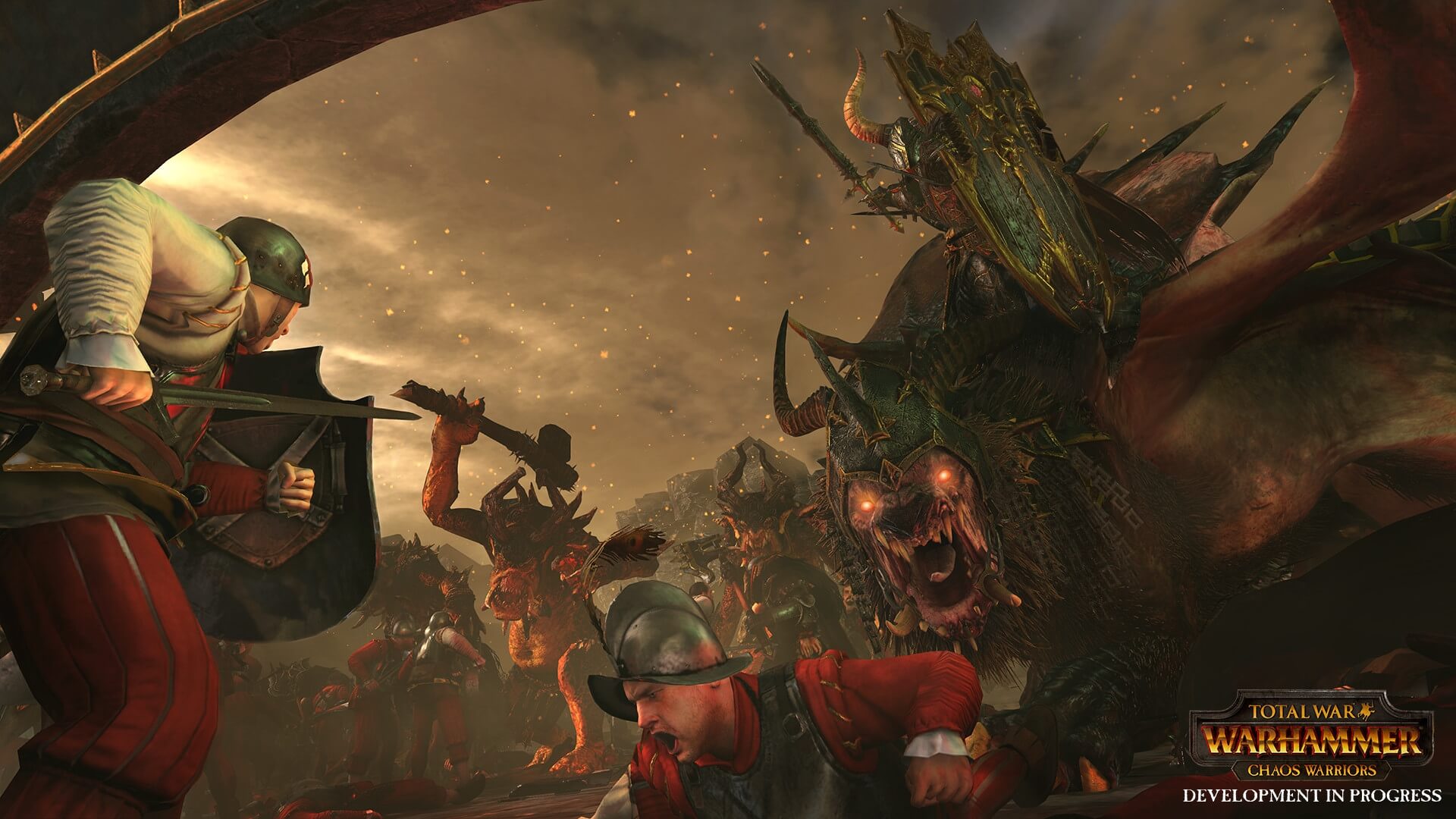 Lay waste to the Old World as the dreaded Chaos Warriors. This Pack includes a full roster of bloodthirsty units, terrifying mounts and monstrous creatures. Lead the corrupted Chaos hordes as one of three new playable Legendary Lords. Embrace the Ruinous Powers as you embark on brand new quest chains, unlocking powerful items and gaining glory in the name of the dark Chaos Gods.

Beyond Kislev, beyond Troll Country, beyond even the barren Norsca Peninsula lies a land shrouded in darkness, frozen in an unnatural, never-ending winter. Here, the mortal realm and the immaterial realm of Chaos overlap, creating an uncontrollable gateway to that infernal dimension from which all manner of nightmarish creatures spew forth.

It is a place where few mortals have dared to venture, and even fewer have returned. The wild people that live in the lands to the south are devout in their worship of the Chaos Gods and many seek to journey north and offer themselves up to become tools of their will. Those that do survive this unholy pilgrimage and live to tell the tale are irreversibly altered. Clad in dark armour bearing the dread marks of ruinous favour, possessed of an unwavering resolve to carry out the will of their malevolent deities, with the indomitable Archaon the Everchosen as their leader, these are the mighty Chaos Warriors!