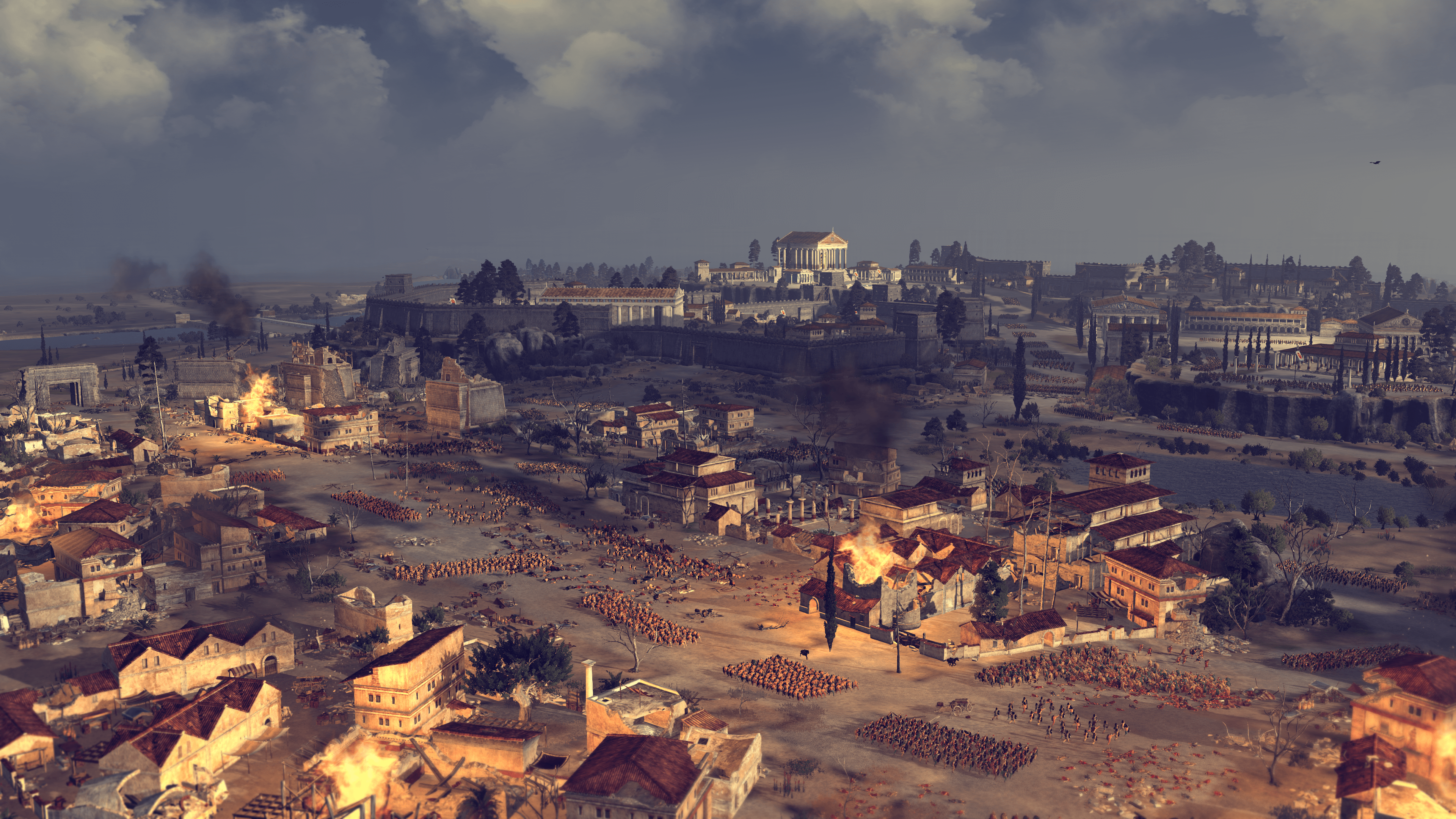 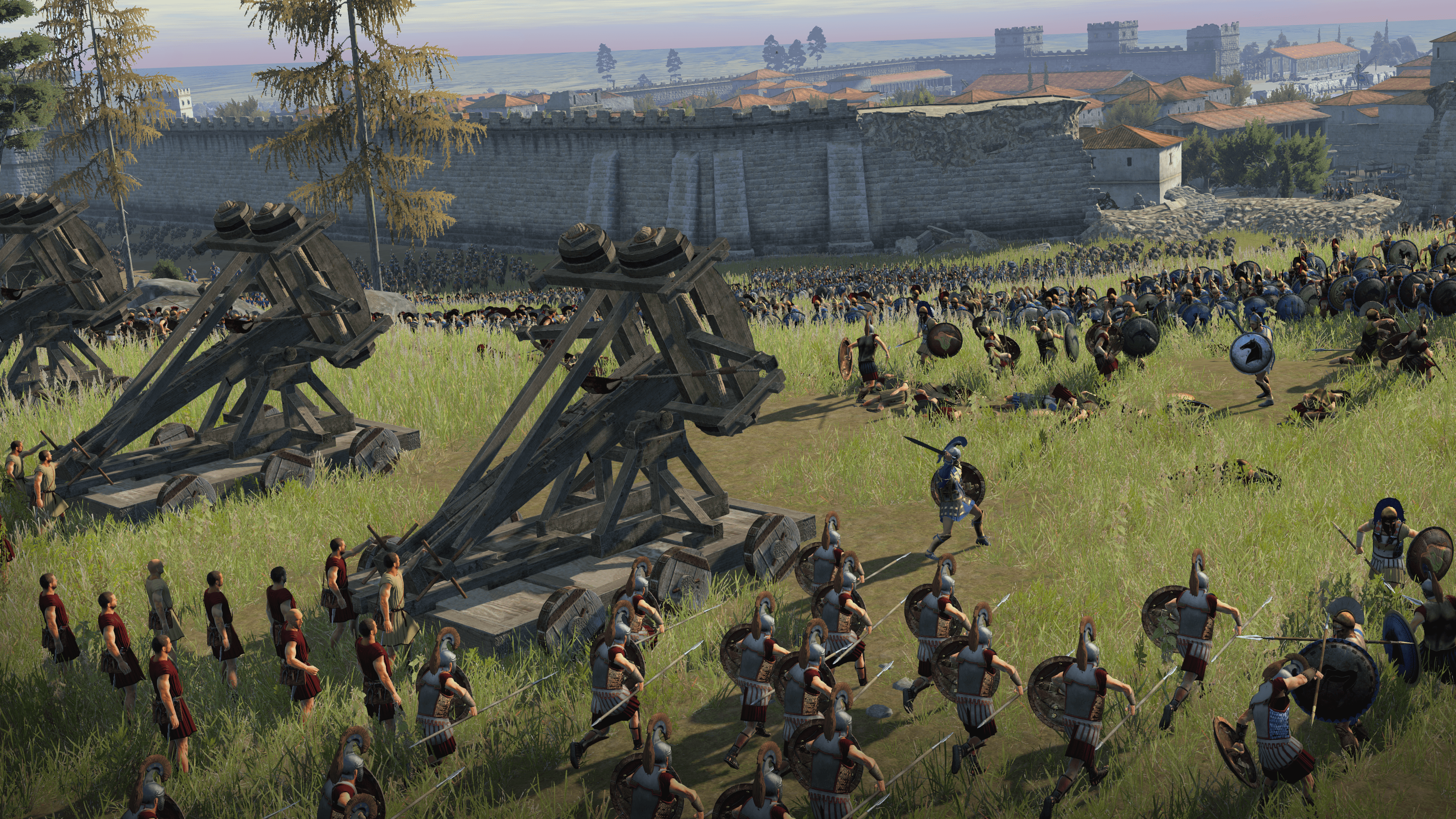 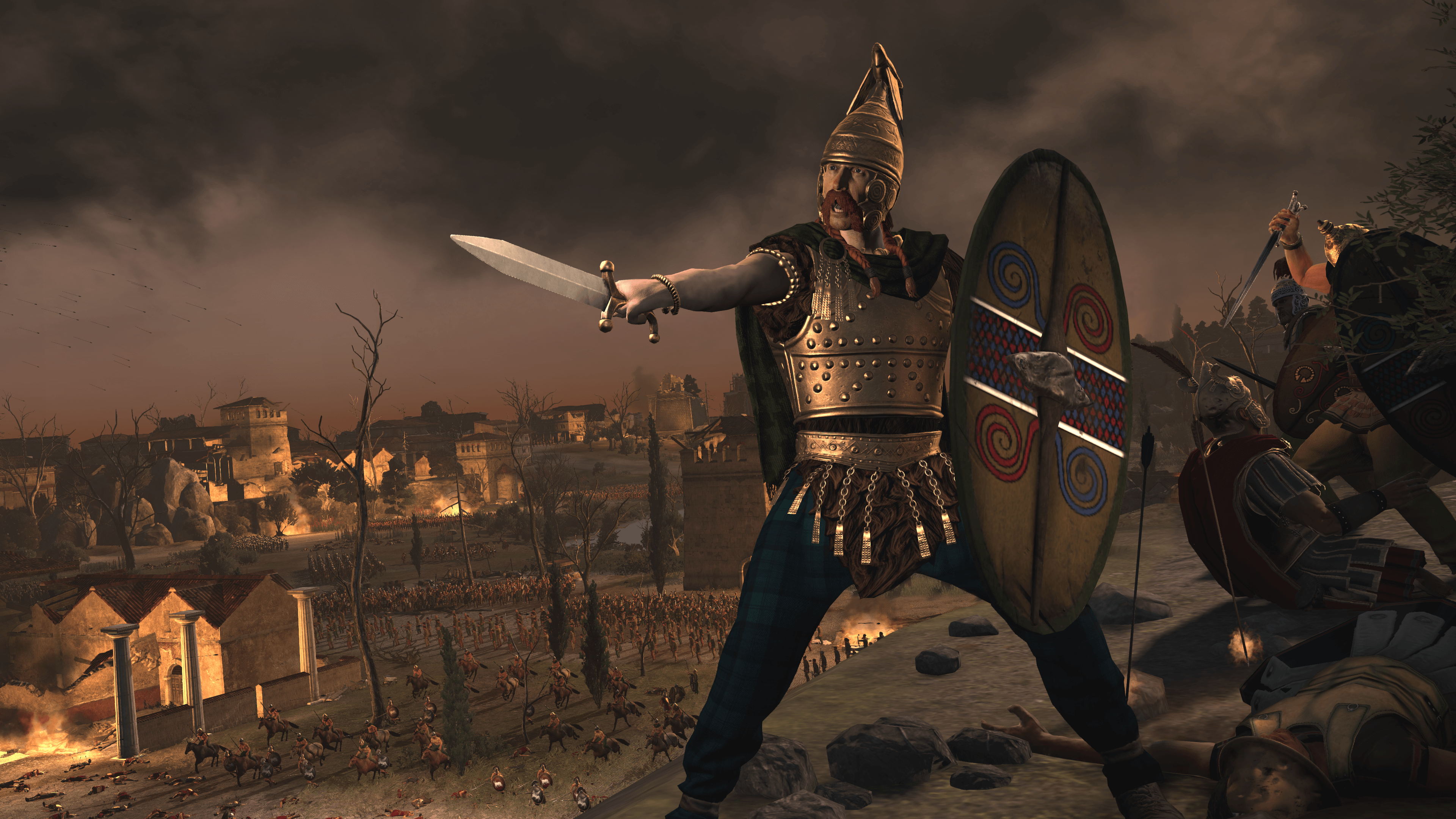 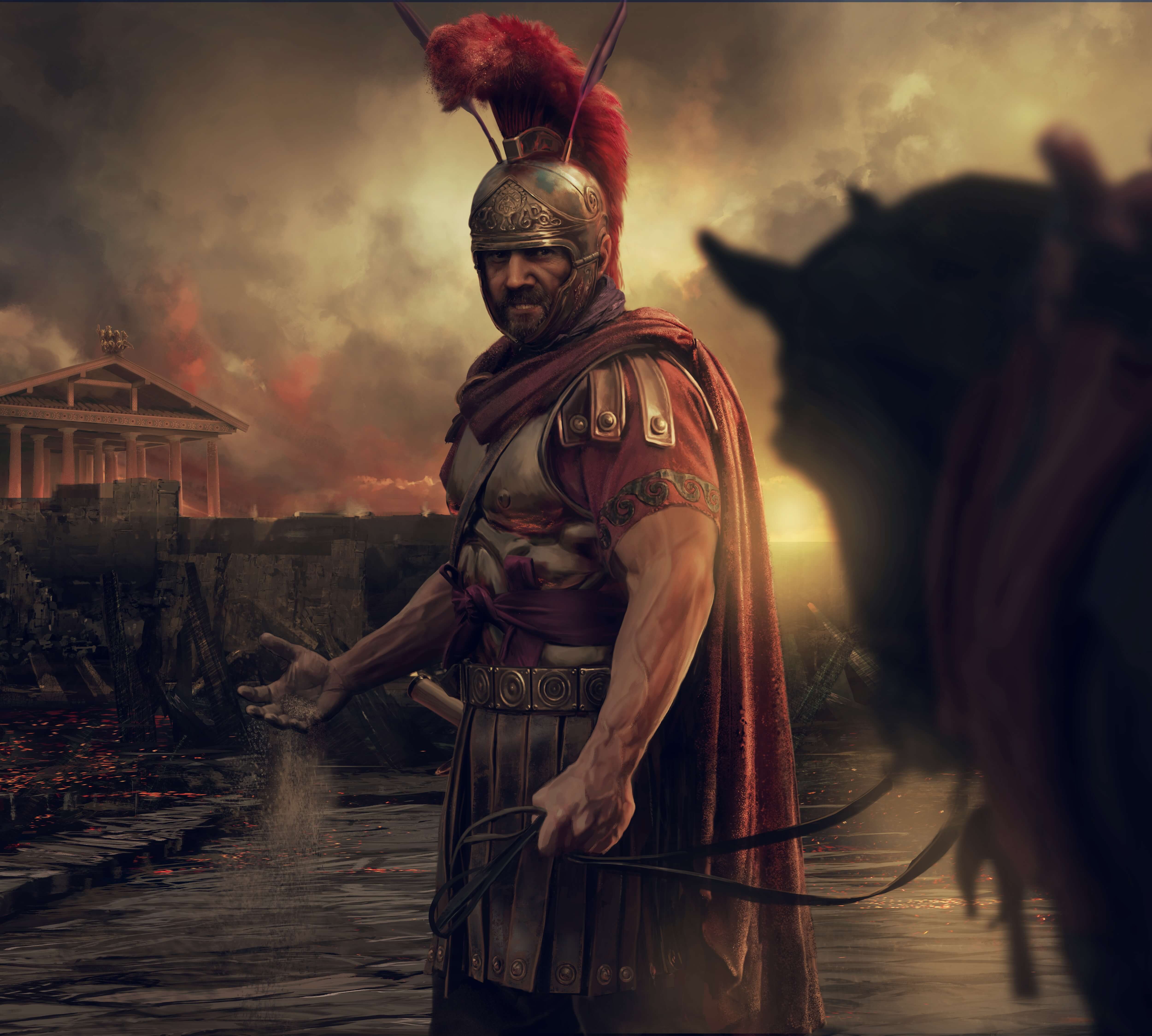 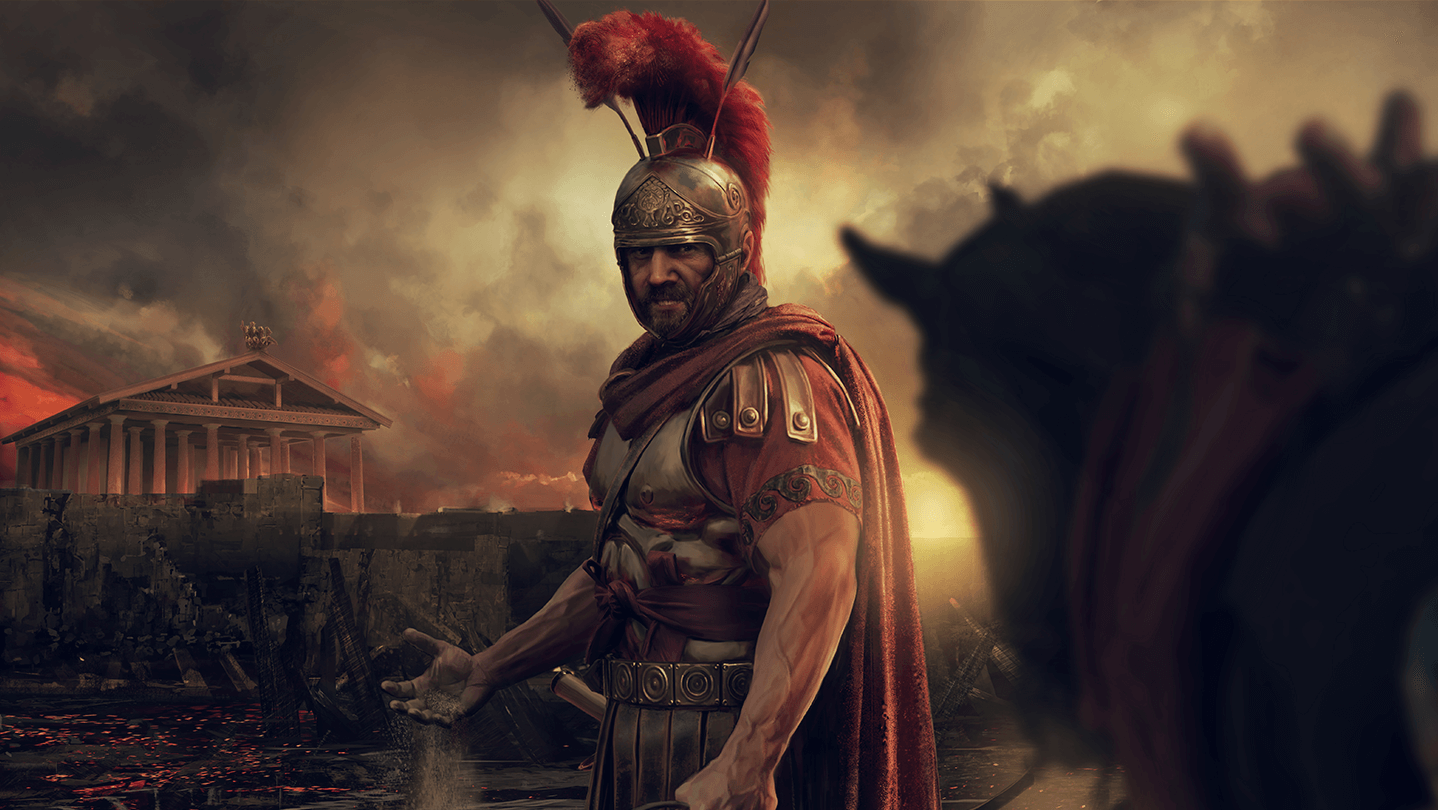 The year is 399 BC, and Rome is poised for greatness. However, its very existence balances on a knife-edge.

The Gallic Senones tribe, led by chieftain Brennus, are newly settled in eastern Italy. Ambitious and fierce, they are but a javelin-throw from the nascent republic.

The tyrannical Dionysius rules Syracuse with an iron fist. He leads the war against Carthage, but his eyes range across the Mediterranean as he considers future conquests.

Under the guiding hand of the great philosopher-statesman Archytas, Taras in southern Italy is reaching the zenith of its glory and power. Rome’s meteoric rise is cause for concern, to be sure – perhaps an intervention is merited?

Meanwhile, Marcus Furius Camillus seeks the title and powers of Dictator. His vision for Rome is grand indeed, but can it survive the designs of the young republic’s neighbours?

A crossroads in history: a time of threat – and of opportunity.

A time for the republic to rise.

3. Senones – Gallic Axe Cavalry – Mounted axe-men that can break enemy ranks as easily as they will chase the broken enemy afterwards.

5. Syracuse – Hippotoxotes – A bowman on a horse, the implications are endless.

7. Iolei – Nuragic Runners – armed with a heavy gauntlet, these men charge into combat to prove their merit before the gods.

8. Veneti – Ekupetaris – a unit of Veneti cavalry with horses specifically bred for battle.

9. Samnites – Linen Legion – grim Samnites that are ready to conquer any foe, sword and shield in hand.

*Rome – The Legend of Cincinnatus*

Lucius Quinctius Cincinnatus is one of the brightest names in the short history of the Republic. Within fifteen days, Cincinnatus had assembled an army, marched against the enemy, defeated them, triumphed, laid down his office and returned to his plough - this is the conduct of a true Roman!

There are several large, wealthy cities in Italy – rich in culture but, more importantly, filled with treasure and ripe for the taking.

The ingenuity and expertise of our leader, Dionysius, is apparent in many aspects of our lives. Now, he has invented a device to hurl projectiles over great distances. This miracle device is called a ‘catapult’.

Our leader is Archytas, a ruler influenced by the teachings of Pythagoras. He has a reputation for virtue and efficacy, making him – in the eyes of some if not all – Plato’s model philosopher-king.

- Euryalus – Literally translated as “Halo”. A major wall constructed around Syracuse by the tyrant Dionysius. It was a real marvel of the ancient world.

- Samnite Linen Tents – A place where Samnite soldiers can make their vows before combat.

- Satyrion – Great temple dedicated to a local Nymph, believed to be mother of the Greek hero Taras.

- Capitoline Hill – This building represents the Roman forum and the last point of defense that symbolized the city’s invincibility.

- Carthago Port – The port of Carthago was a real marvel of the ancient world. It was enormous in terms of size and fitting for the people who ruled the Mediterranean trade for centuries.

- Venetic Stables – The Veneti were the horse masters of ancient Italy. The breed coming from their lands had excellent qualities for chariot racing and was valuable trade commodity.

- Nuraghes – Unique tower structures of the ancient Sardinian civilization. Nuraghes are impressive Neolithic structures that had numerous functions in the Nuragic society.

Spura – The Etruscan city where the life is civilised and sophisticated.