The Race for the White House 2016 Other DRM

Play as a real-world candidate and completely immerse yourself into the battle of the 2016 presidential election! 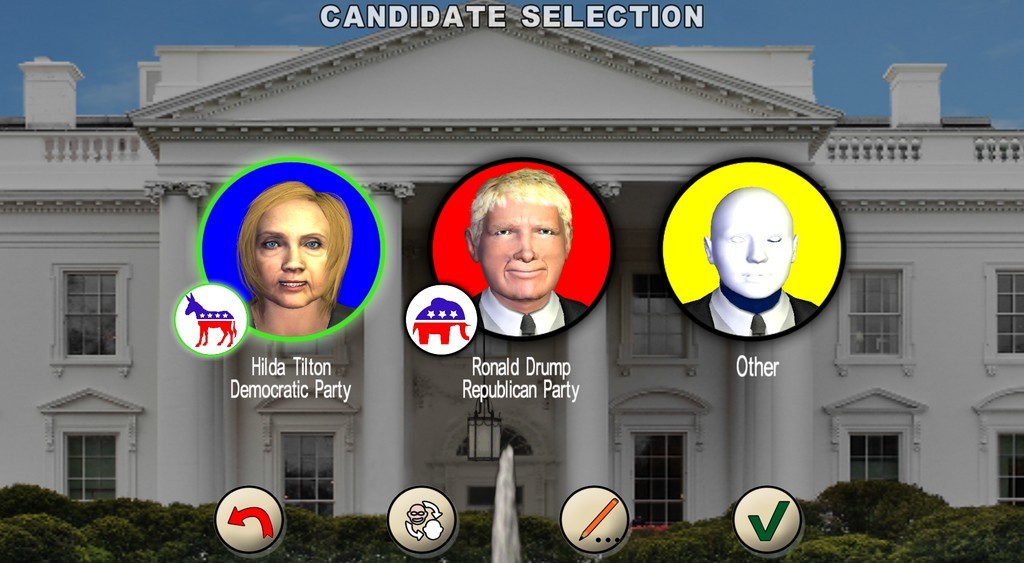 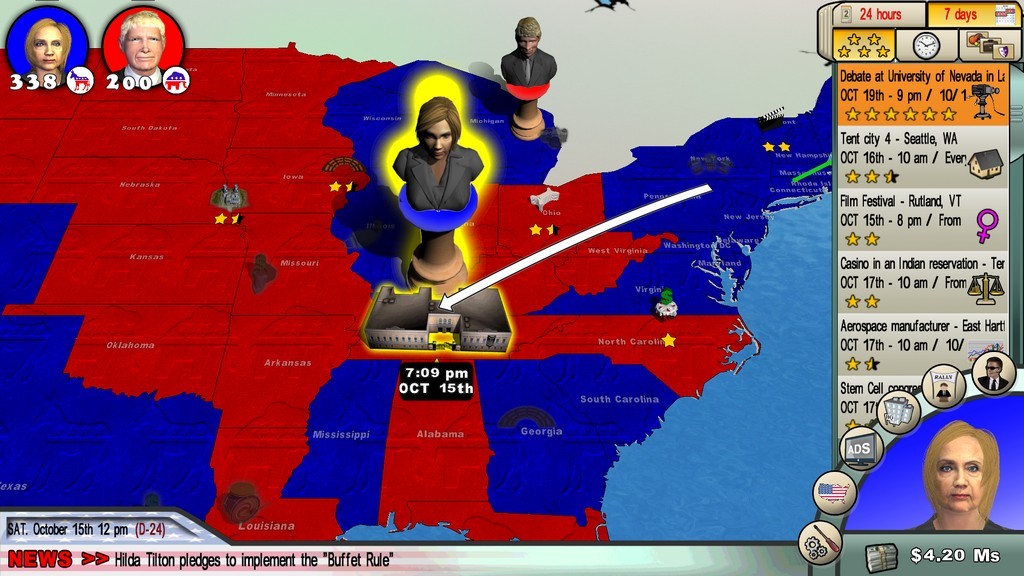 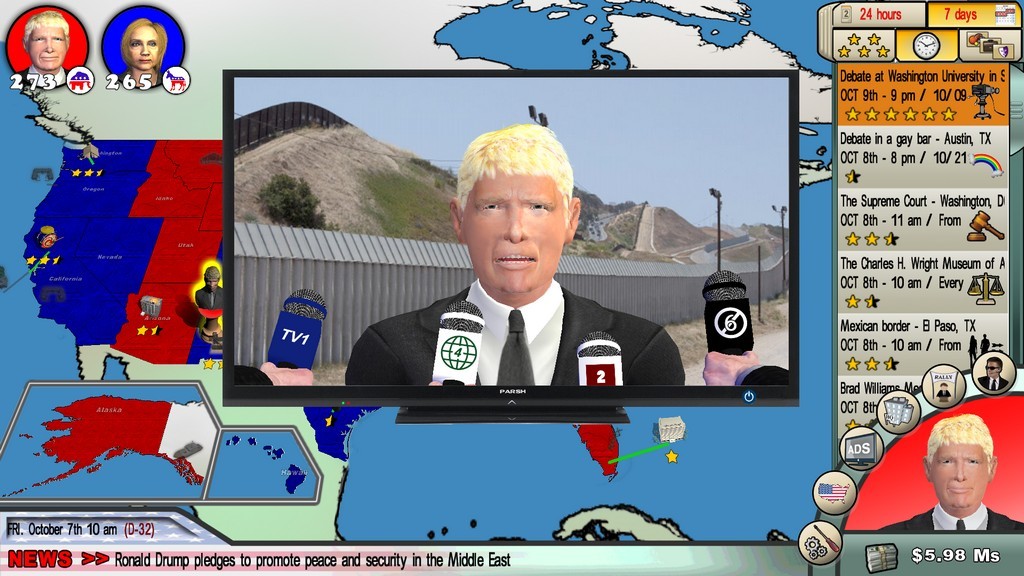 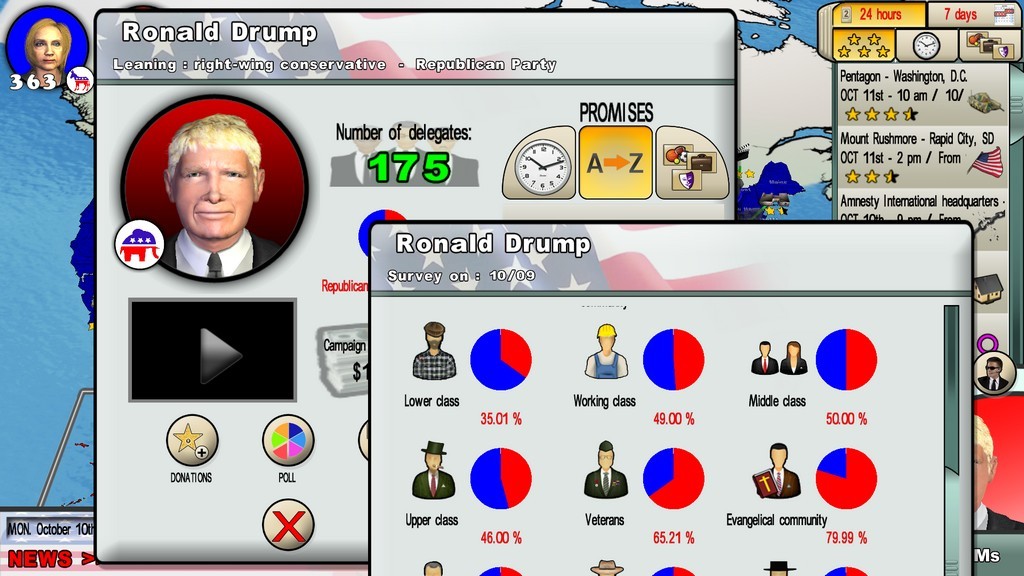 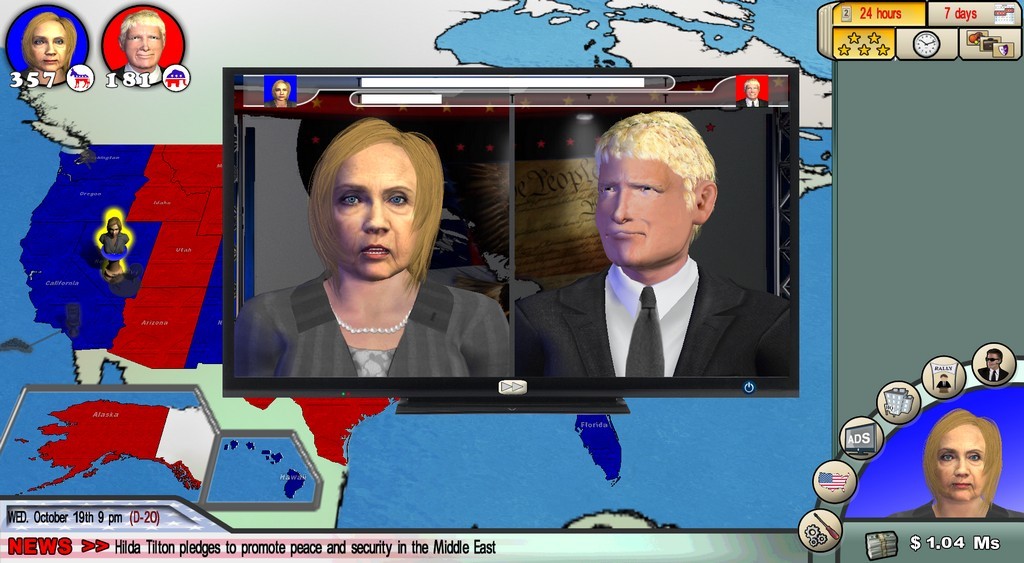 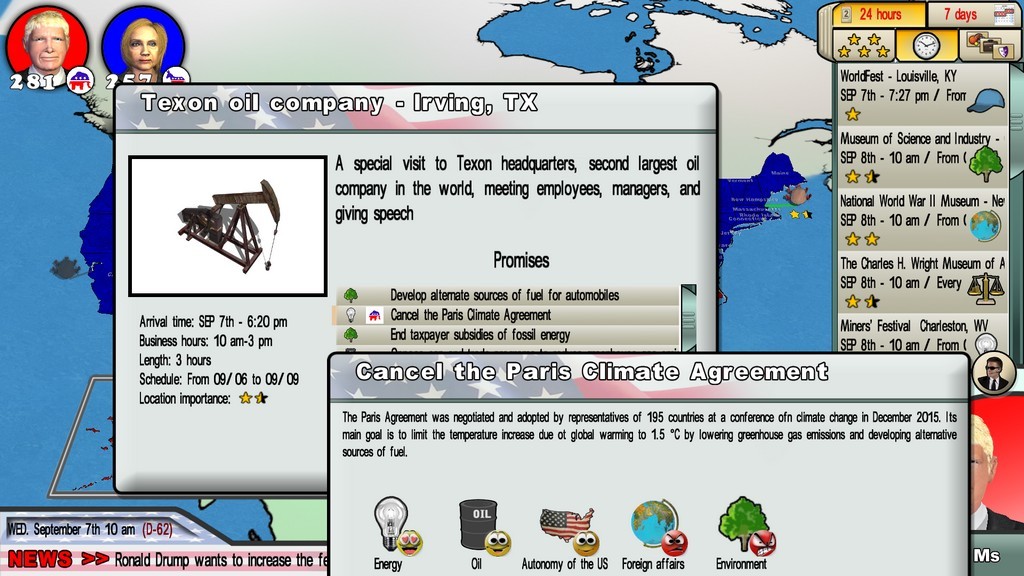 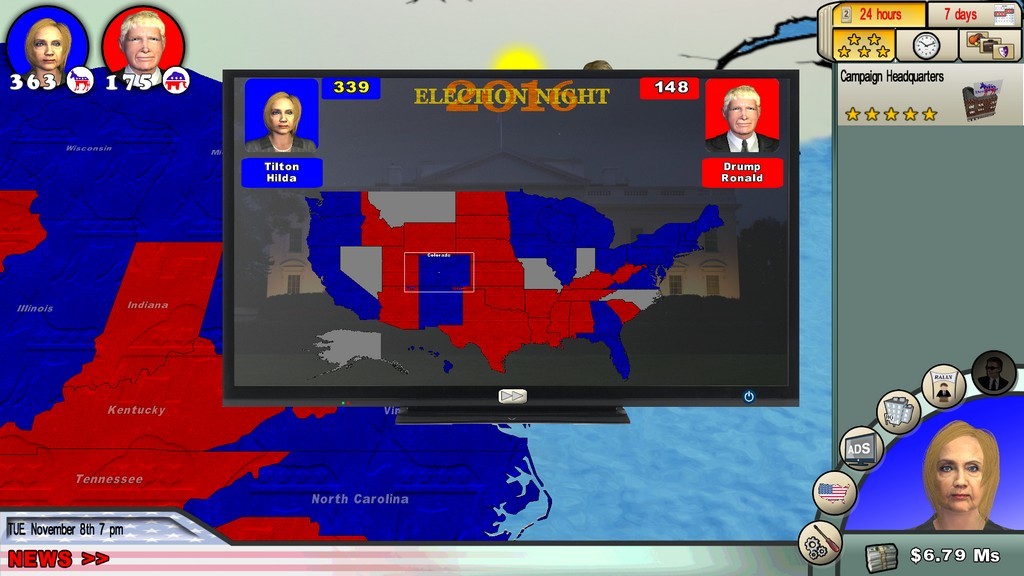 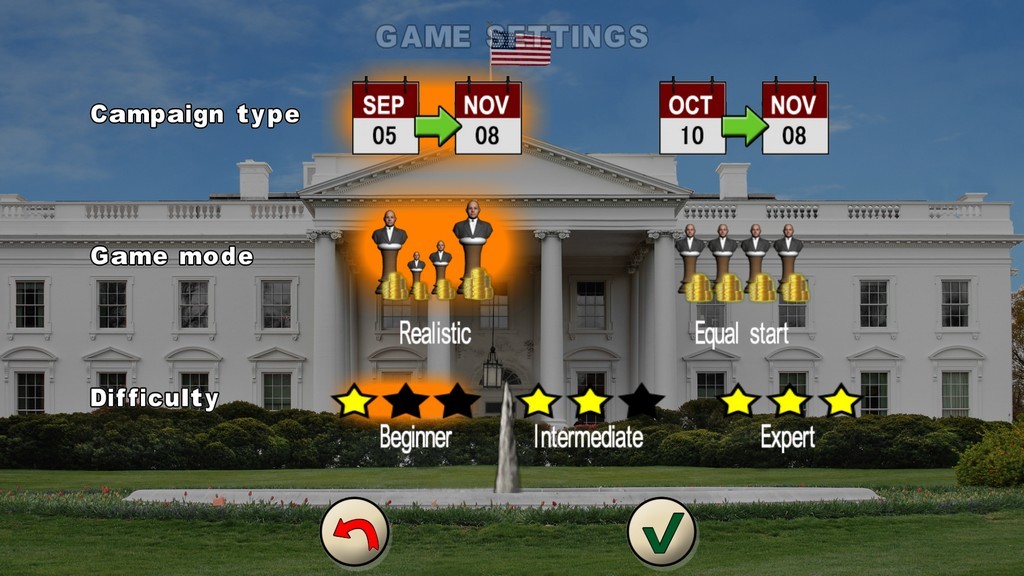 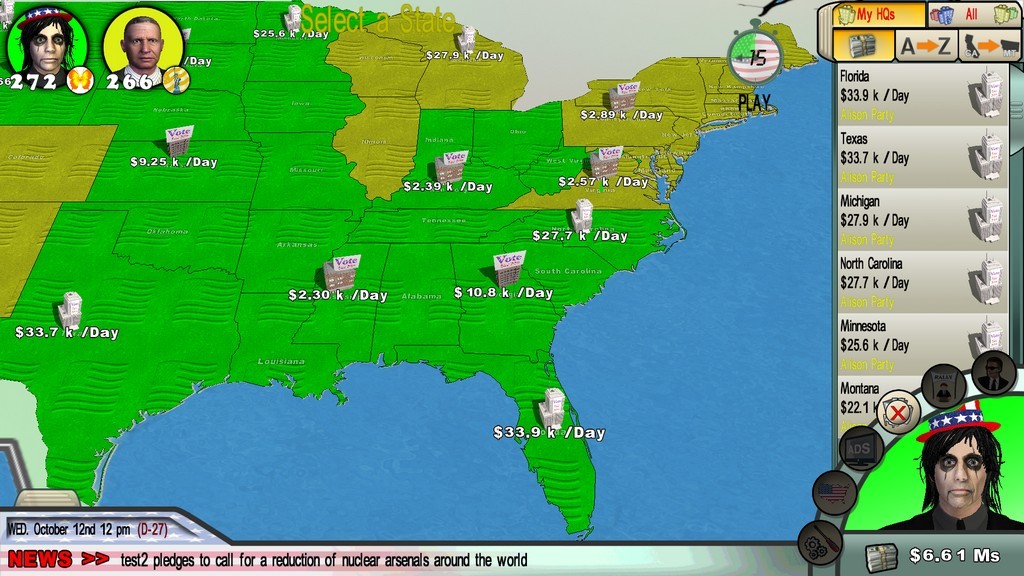 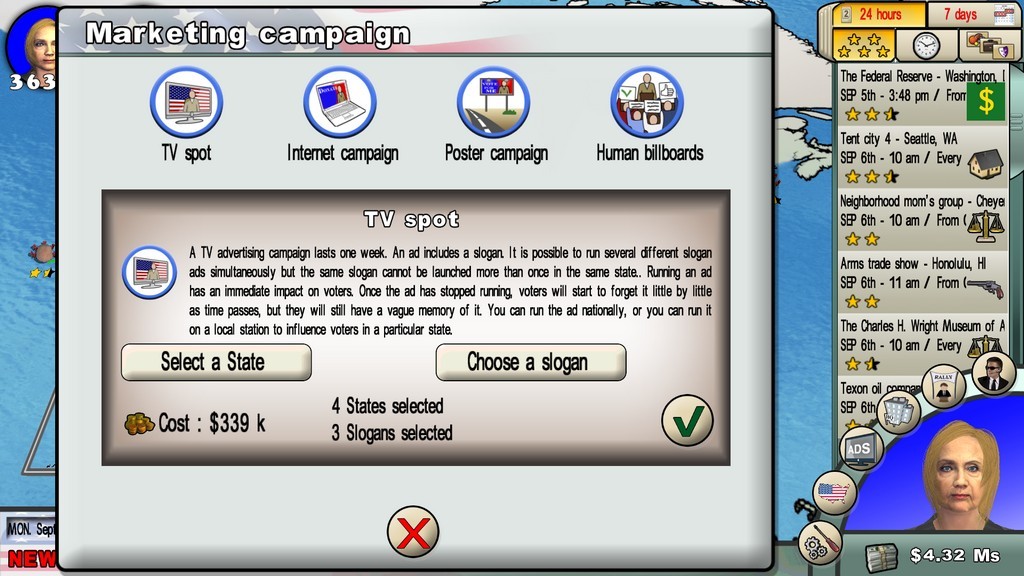 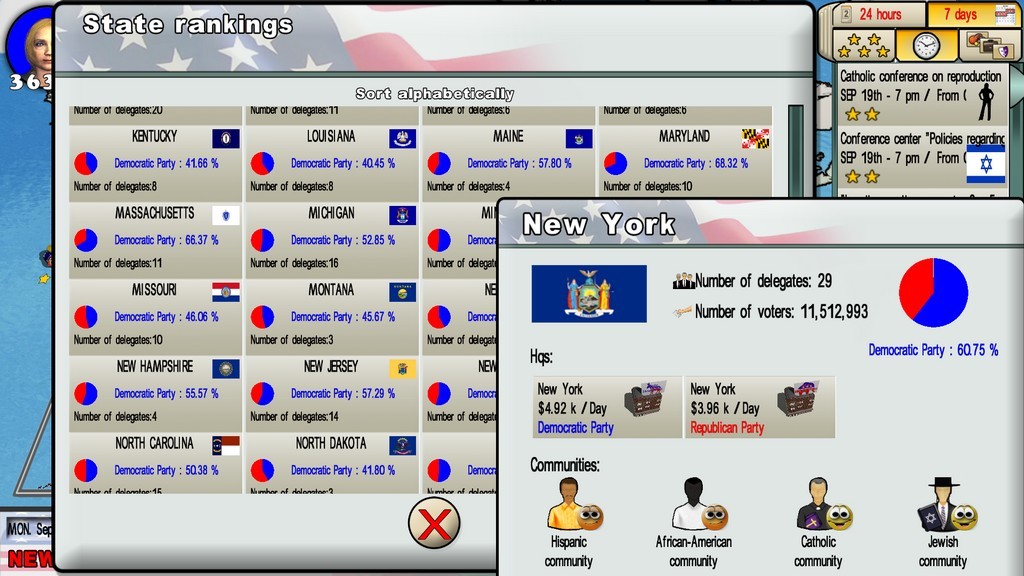 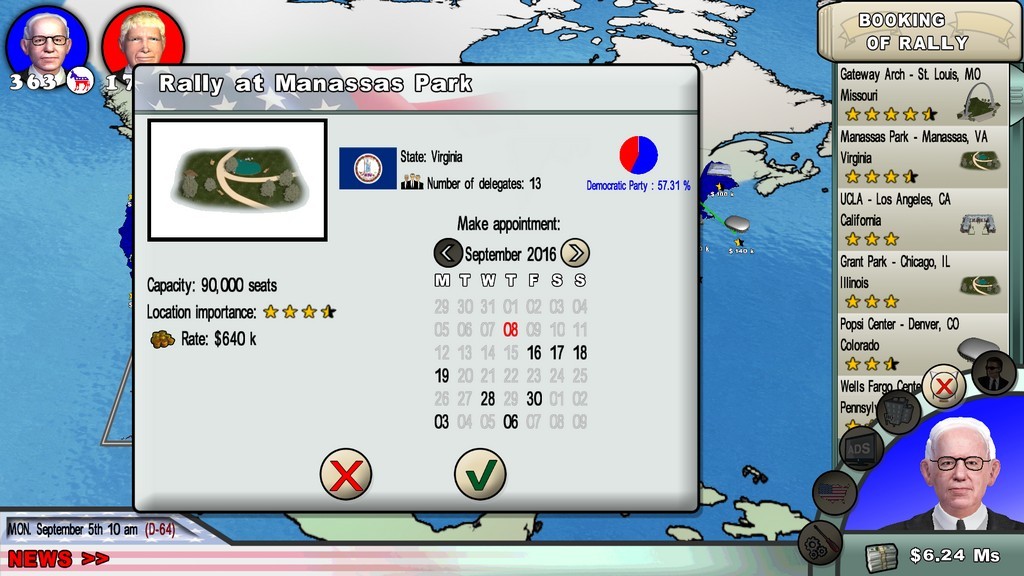 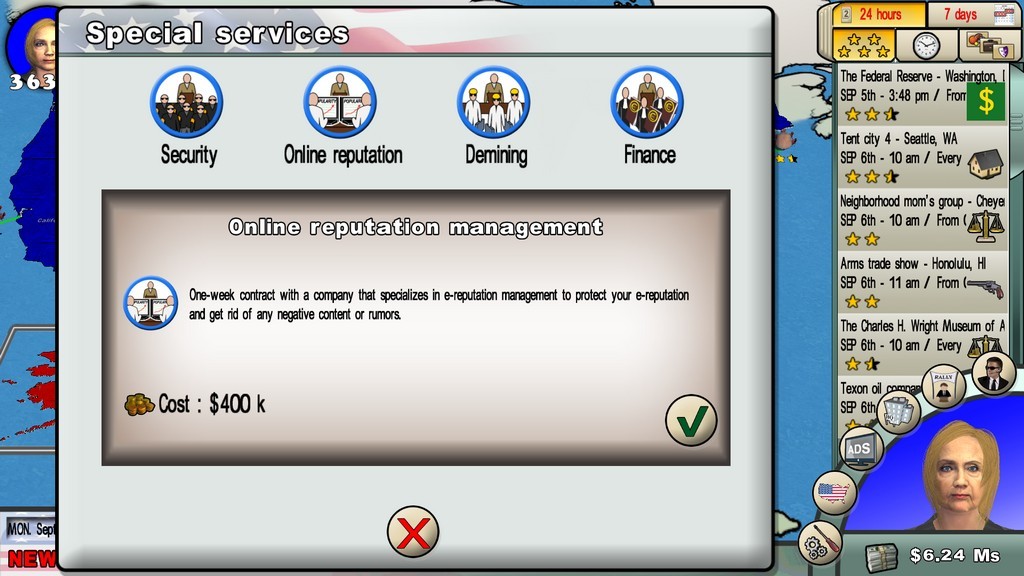 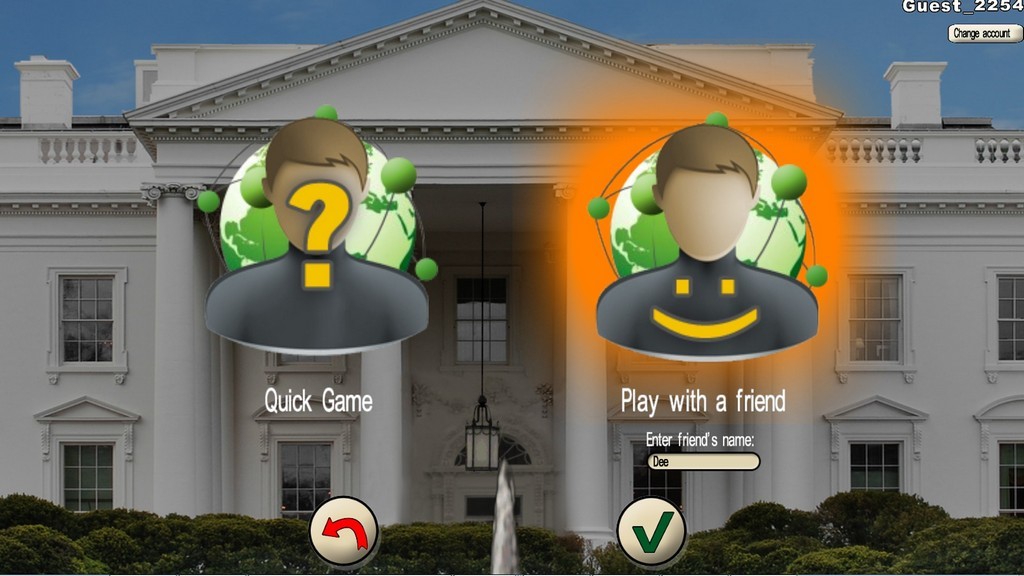 EARN UP TO $0.41 EARN WITH US
ABOUT THE GAME Play as a real-world candidate and completely immerse yourself into the battle of the 2016 presidential election!

Travel around the United States, try to woo voters across the country, create your own political agenda, skillfully manage your campaign budget... and perhaps you will be the next White House occupant!

Sympathisers from all sides and parties, from newbies to political addicts, whether Bernie-or-bust supporters or GOP voters, or somewhere in between, can now take part in one of the most compelling and controversial election that America has ever witnessed.

'Candidate' players can enter the 2016 presidential race as an actual contender for the White House, or you can join the political fray as real world candidates “Hilda Tilton” or “Ronald Drump” with animated 3D faces and hours of voiceovers by impersonators.

You will need to act and react – swiftly and decisively – just like in the real 2016 campaign Players have total control over their candidacy so you need to deal with lots of face-paced decisions. Candidates establish headquarters, travel the country, set up rallies, deal with super PACs, manage the campaign budget, make TV appearances in debates, and build TV and ad campaigns. Candidates also get to make nearly two hundred campaign promises, but be careful – those promises will impact the deficit! And do not forget to satisfy lobbies, religious communities, or ethnic groups as their votes will be decisive.

Yes, there’s the fun, slimy stuff, too… Dirty tricks have long been a staple of national politics, so The Race for the White House includes spreading scandalous rumors, arranging to have competitors’ campaign cash stolen, giving kickbacks to attract supporters, and sabotaging opponents’ meetings…but be careful because these slimy tactics might backfire and cost you the election.