A Rhythm Role-Playing Game! Fight party crashing monsters with the power of music! Level your party and upgrade your gear while dancing to the beat of some groovin' tunes. Grab a friend and combine forces in all game modes in The Metronomicon: Slay the Dance Floor! 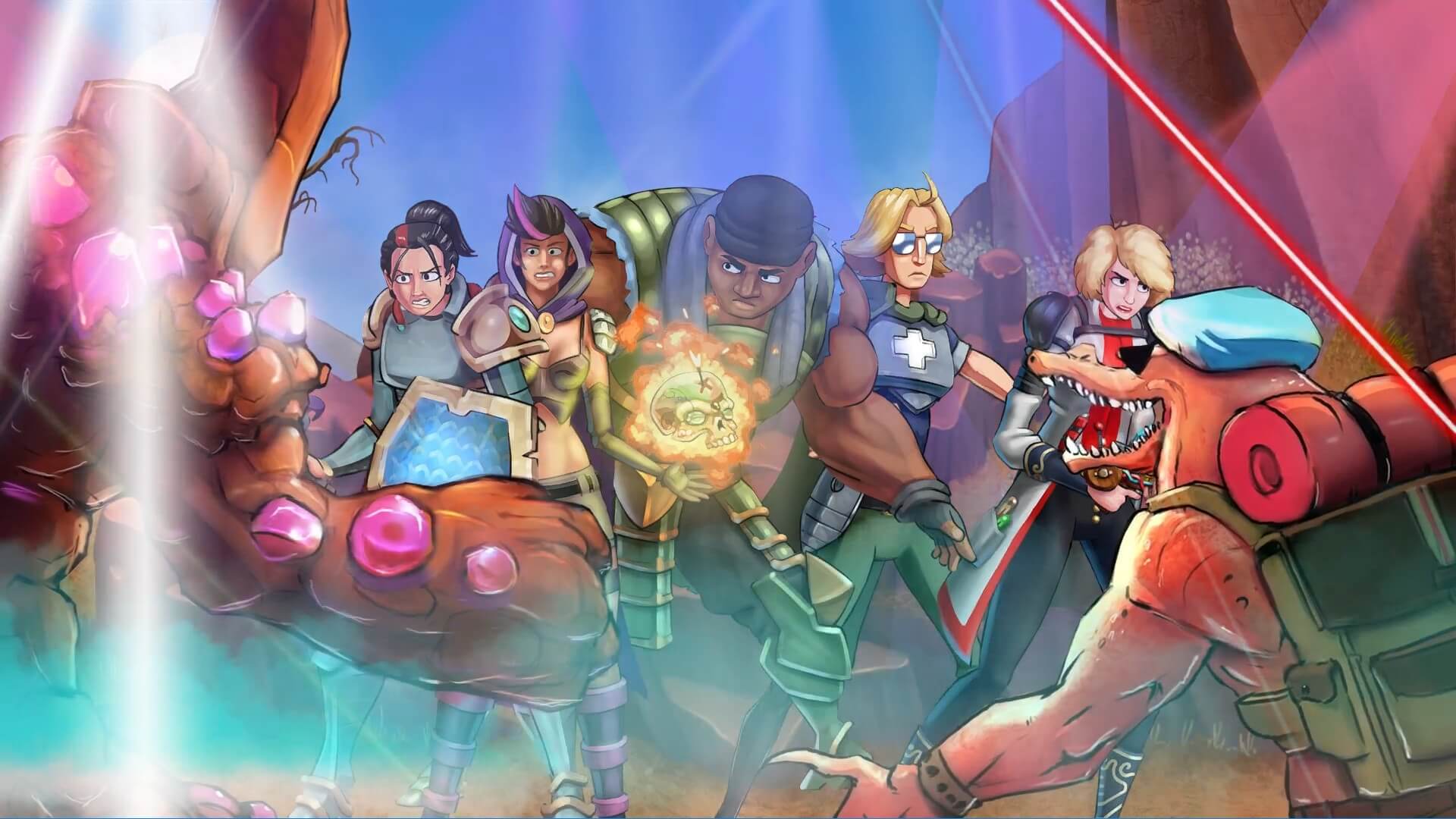 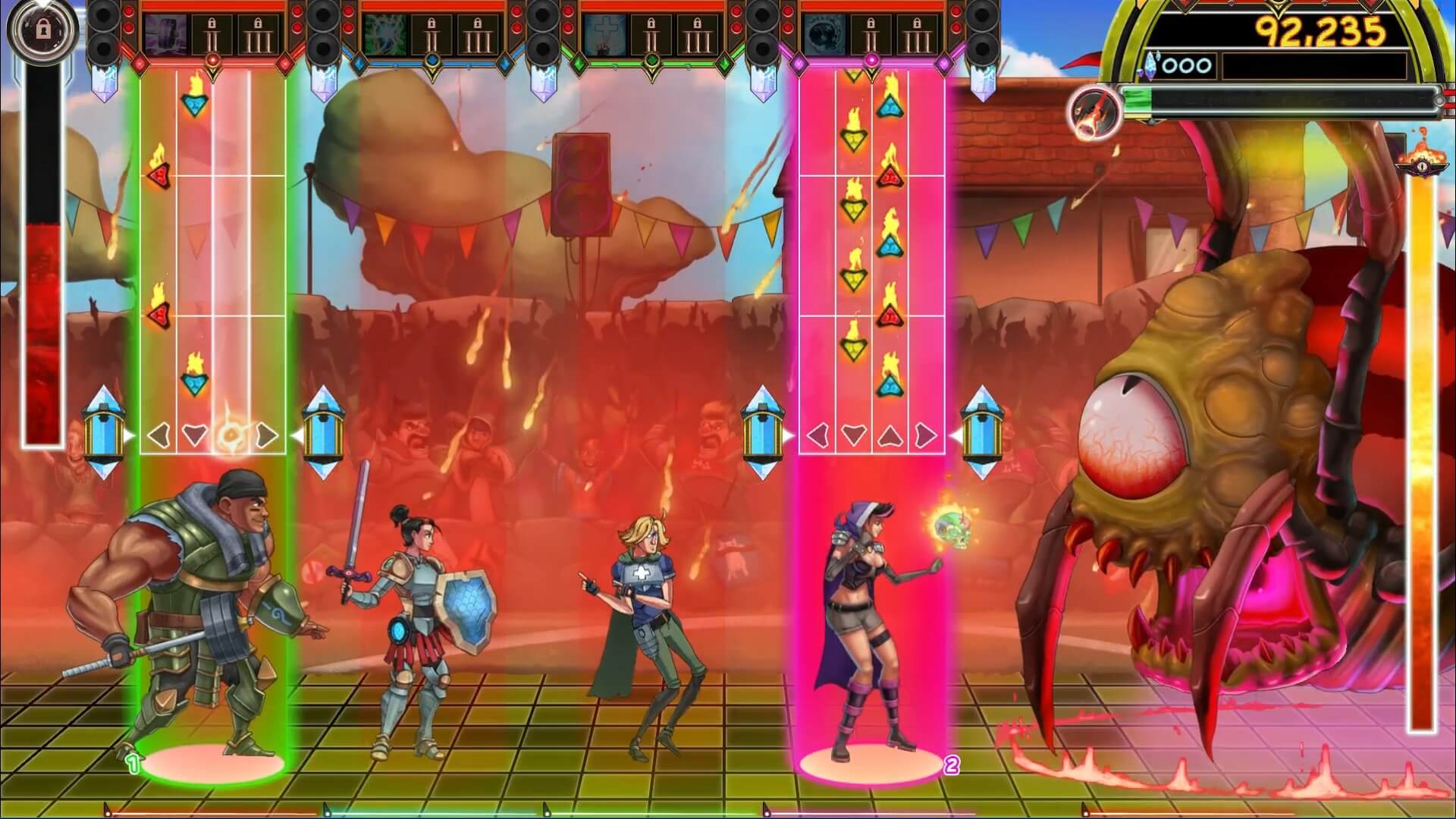 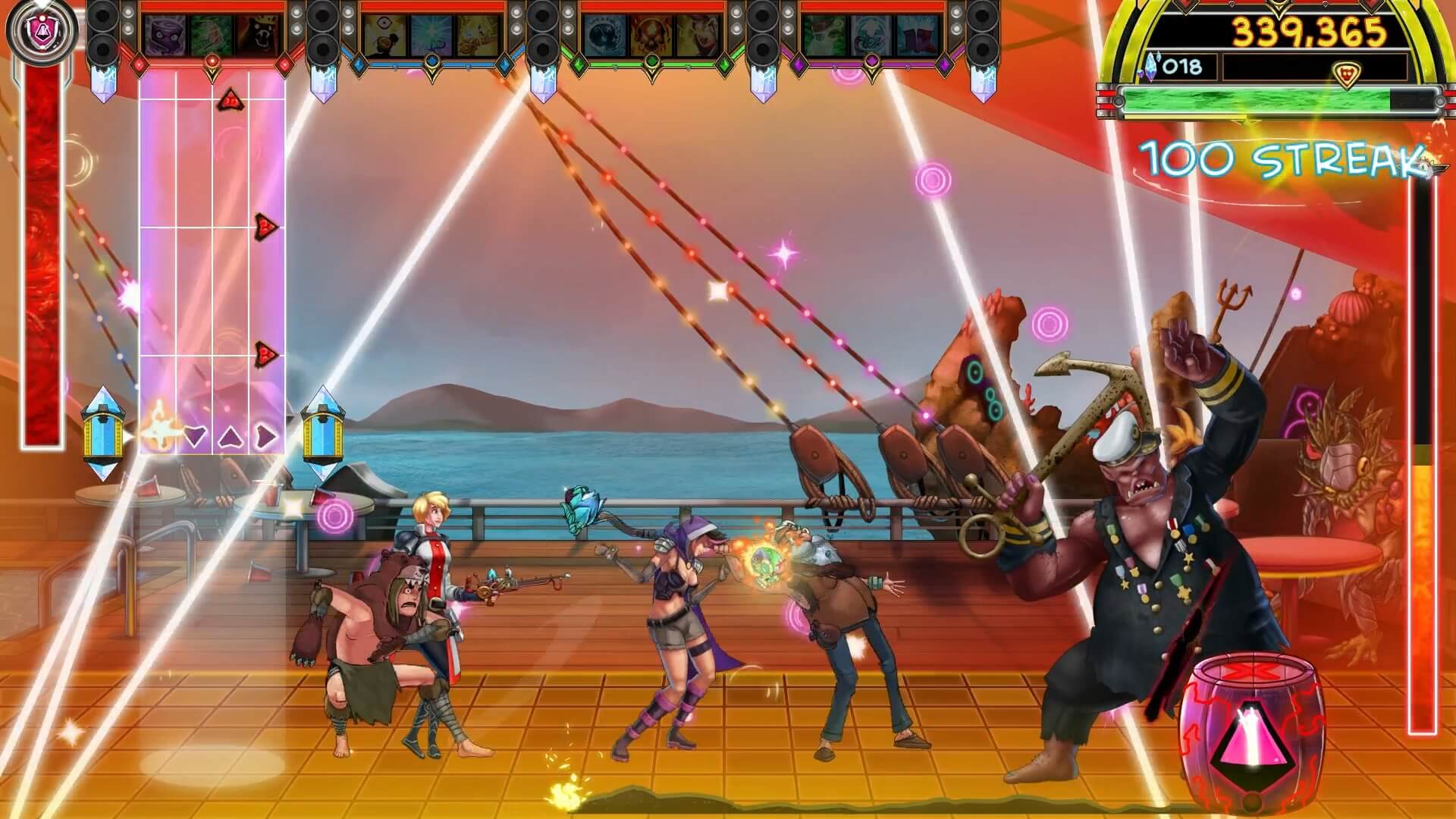 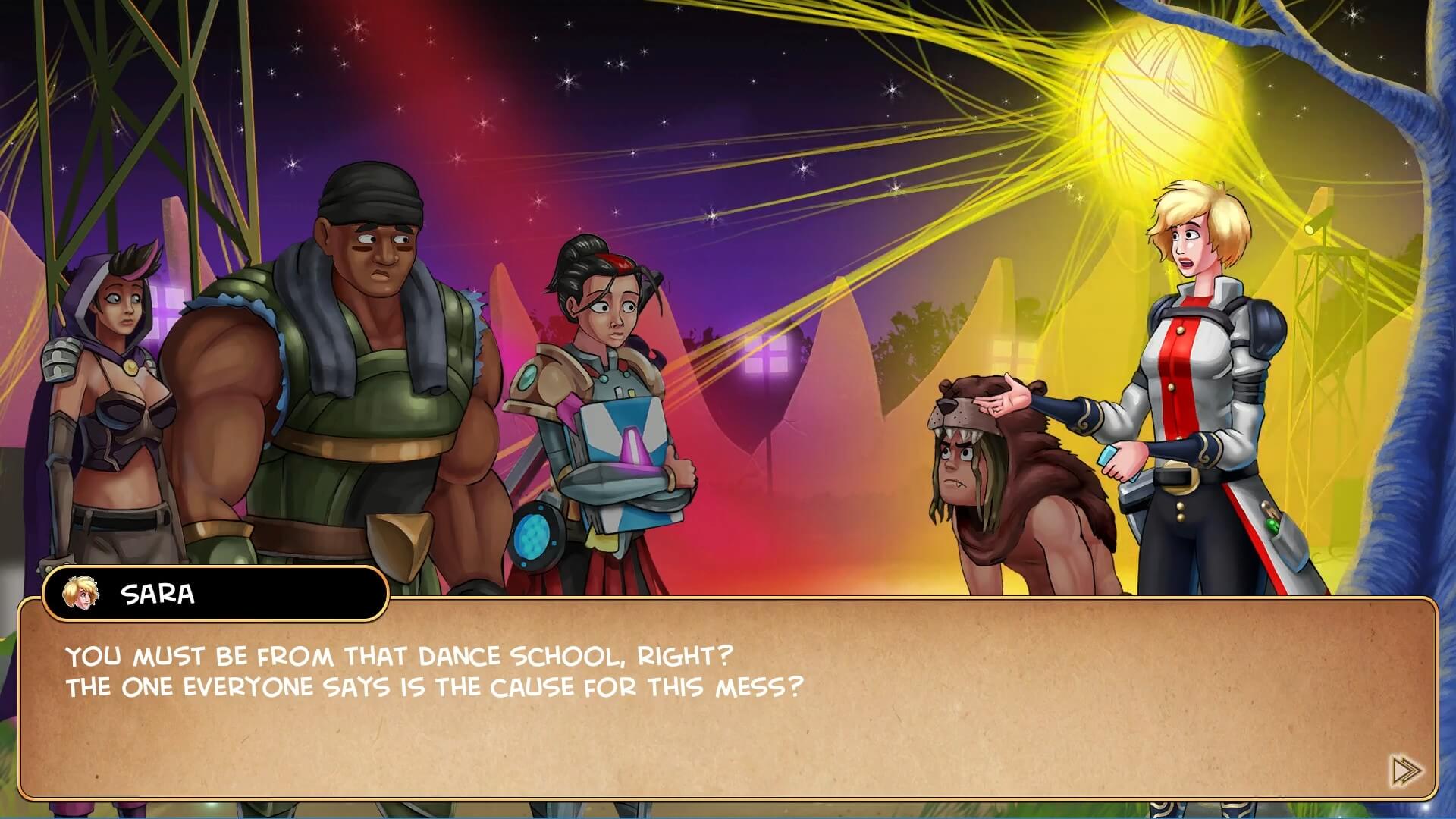 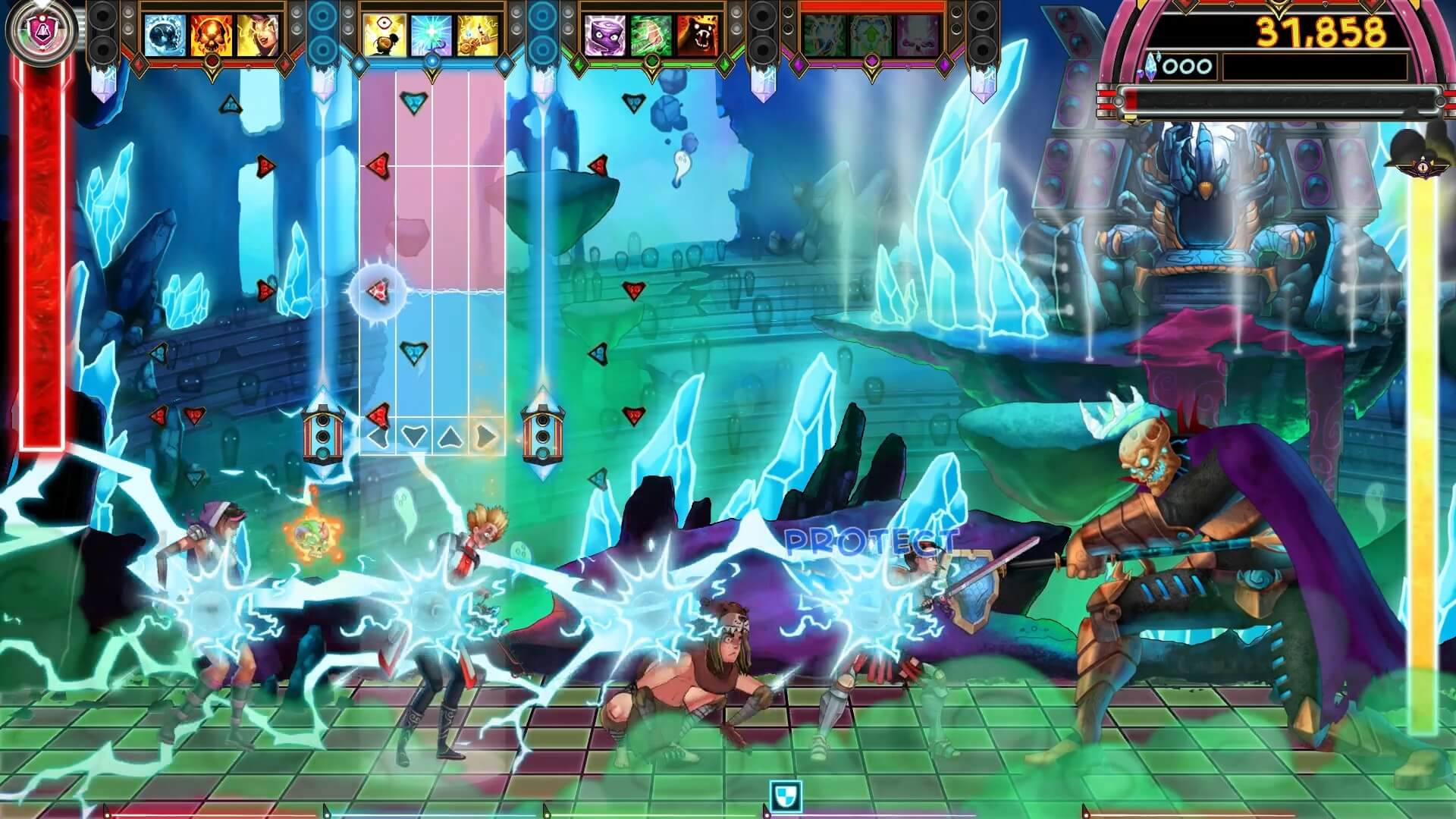 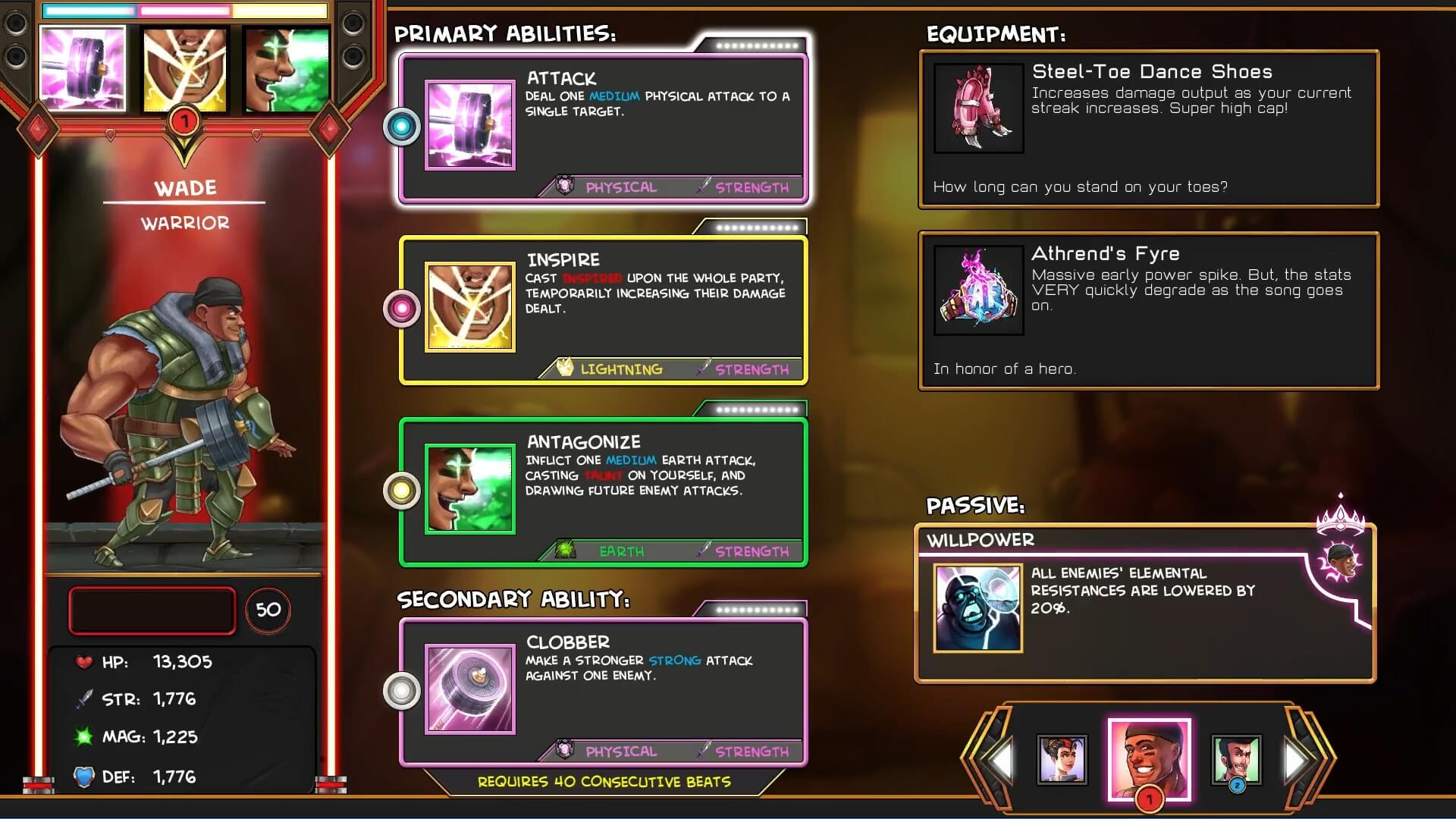 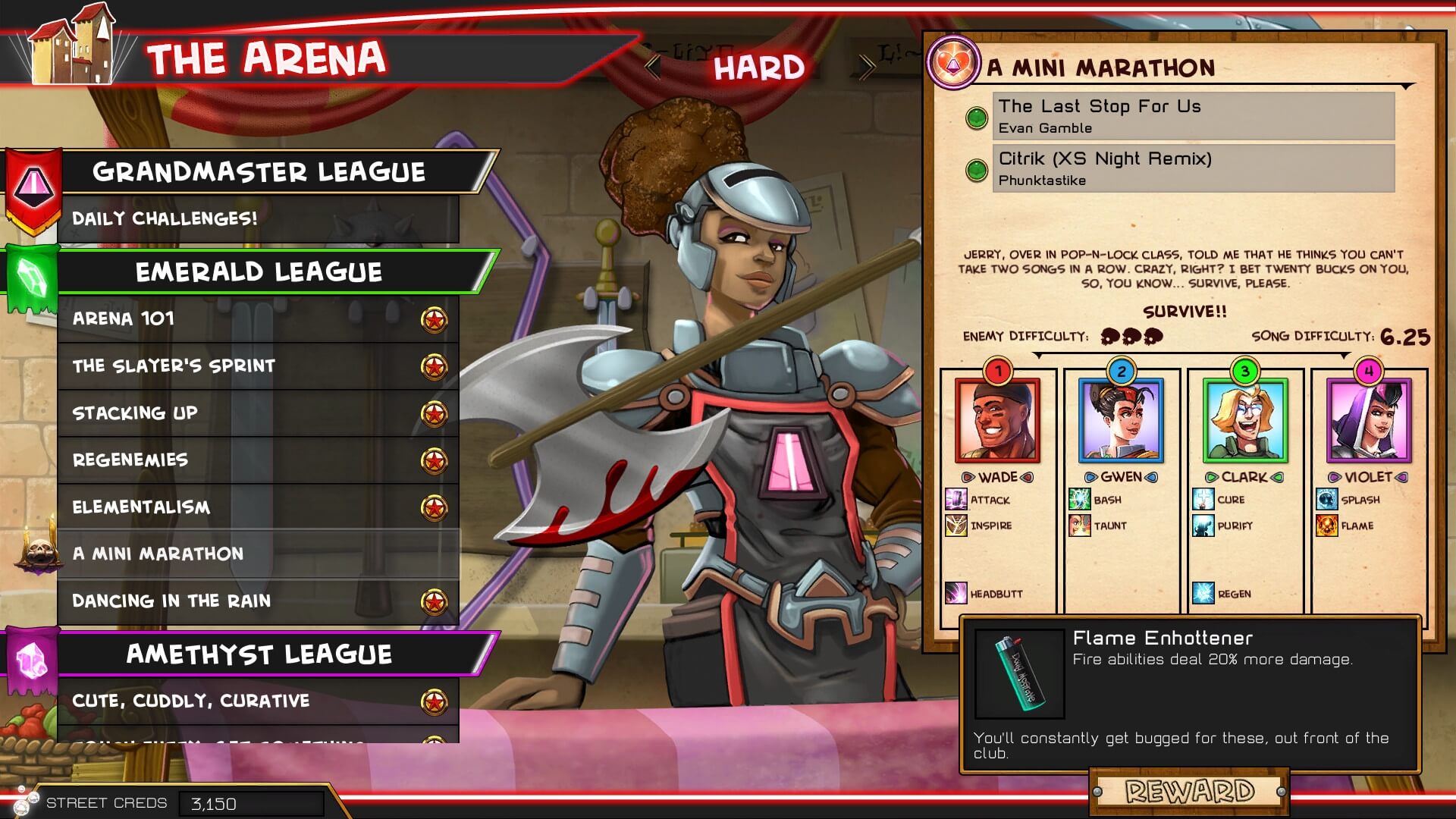 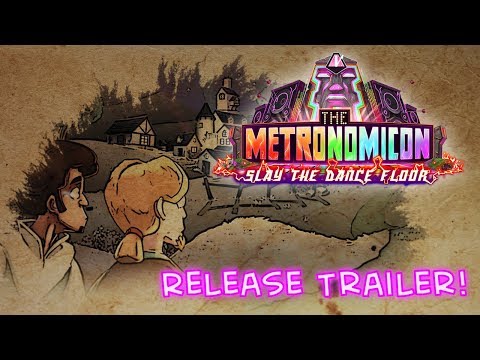 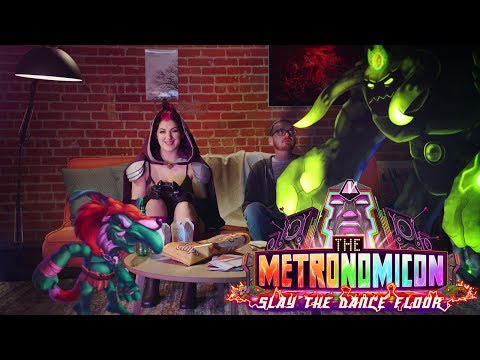 Packing in a fully-fledged story mode with a colourful cast of musically-empowered heroes and villains, The Metronomicon sees you take control of a party of eight newly graduated masters of the “rhythmic combat arts” to wage musical warfare against a multitude of dance-mongering fiends. By switching between four concurrent hero-controlled tracks on-the-fly, you’ll select and activate a wide array of abilities and spells, buffs and nukes, with your performance and timing all-important in ensuring the effectiveness of your moves. In the RPG spirit, you’ll need to improve your characters’ stats, hunt down powerful equipment, and combine a multitude of newly-learned abilities – switching between tanking, healing, buffing, and damage-dealing classes as required in real time.

Hash me bro! The #Metronomicon

"_You got your glowsticks in my chainmail! You got your fireballs in my dubstep!_" - Danny (lead dev)

The Metronomicon features a fantastic, fully-licensed soundtrack featuring some of the hottest electronic, synthwave, chiptune and indie artists, including an exclusive track from Jimmy Urine of Mindless Self Indulgence, an unreleased track from Shiny Toy Guns, along with tracks from YACHT, Perturbator, J-Punch, Dj CUTMAN, and many, many more. As much a soundscape as it is a soundtrack, the music behind The Metronomicon is set to be every bit as varied and exciting as the gameplay itself.

- Local Multiplayer support has been added, across all game modes!

- A new (secret!) hero has been added to the game.

- Hero and Global Passive Abilities have been added, unlockable through Endless Mode.

Want to go to dance battle in The Metronomicon to the tune of your own music library?

With the latest update, we are giving fans access to the very same tool that was used to create the game, so that you can create your own choreography for your own tracks and then play them in-game.