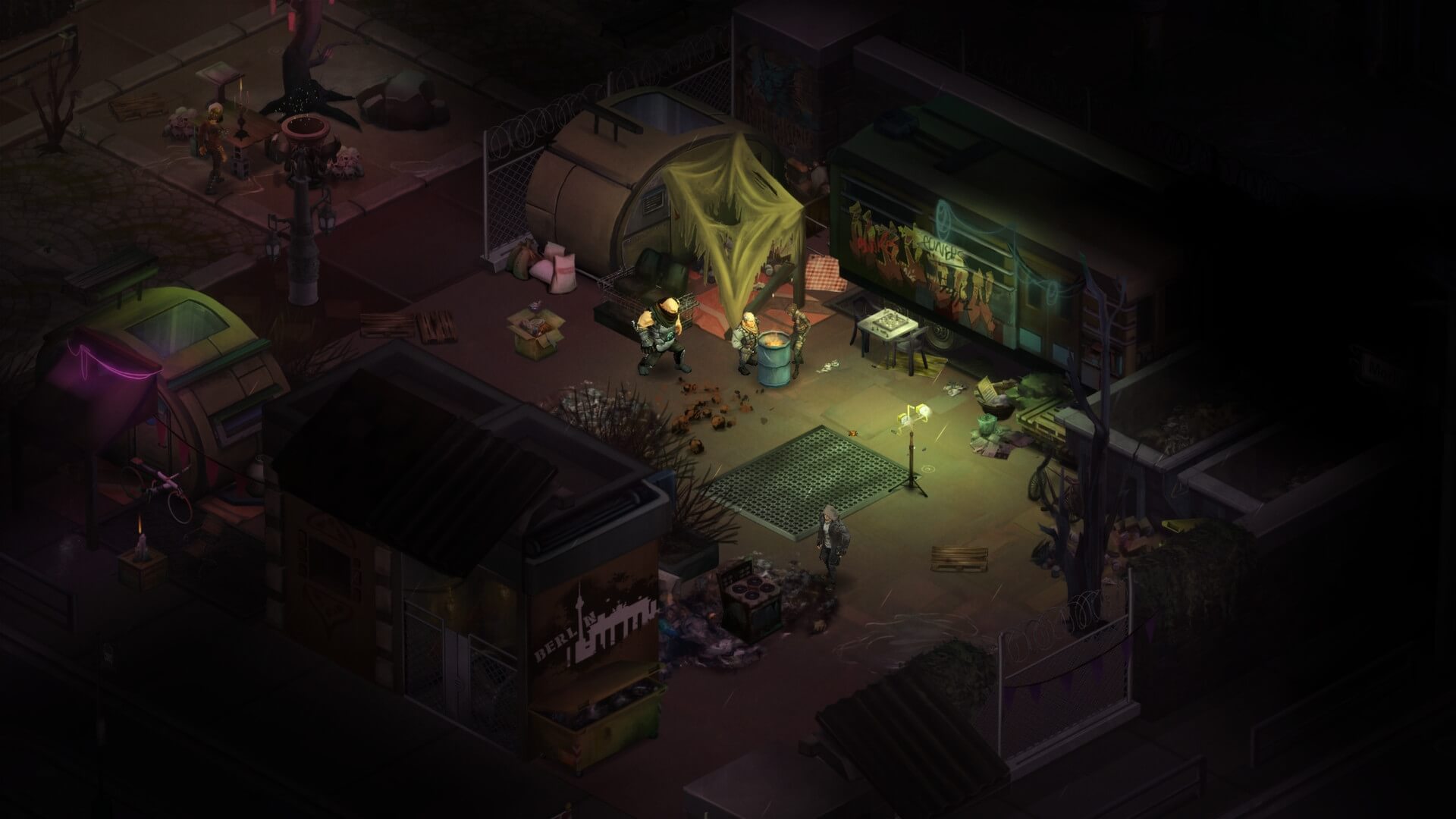 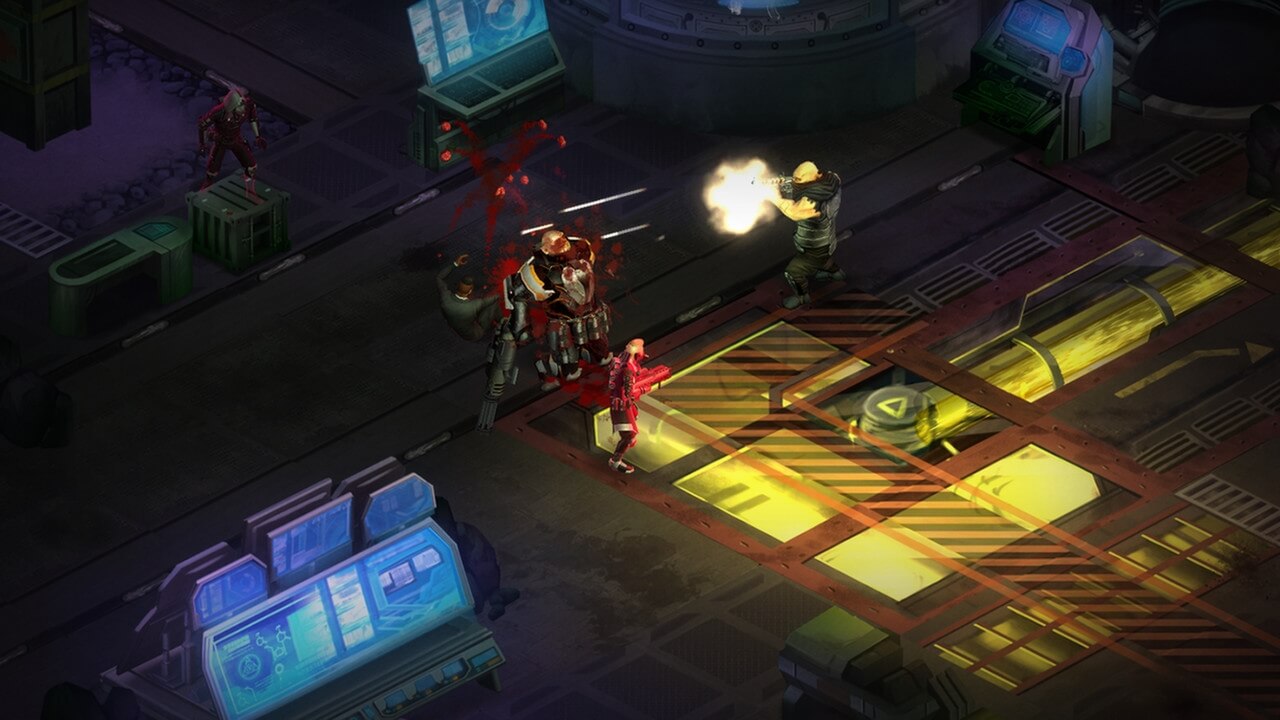 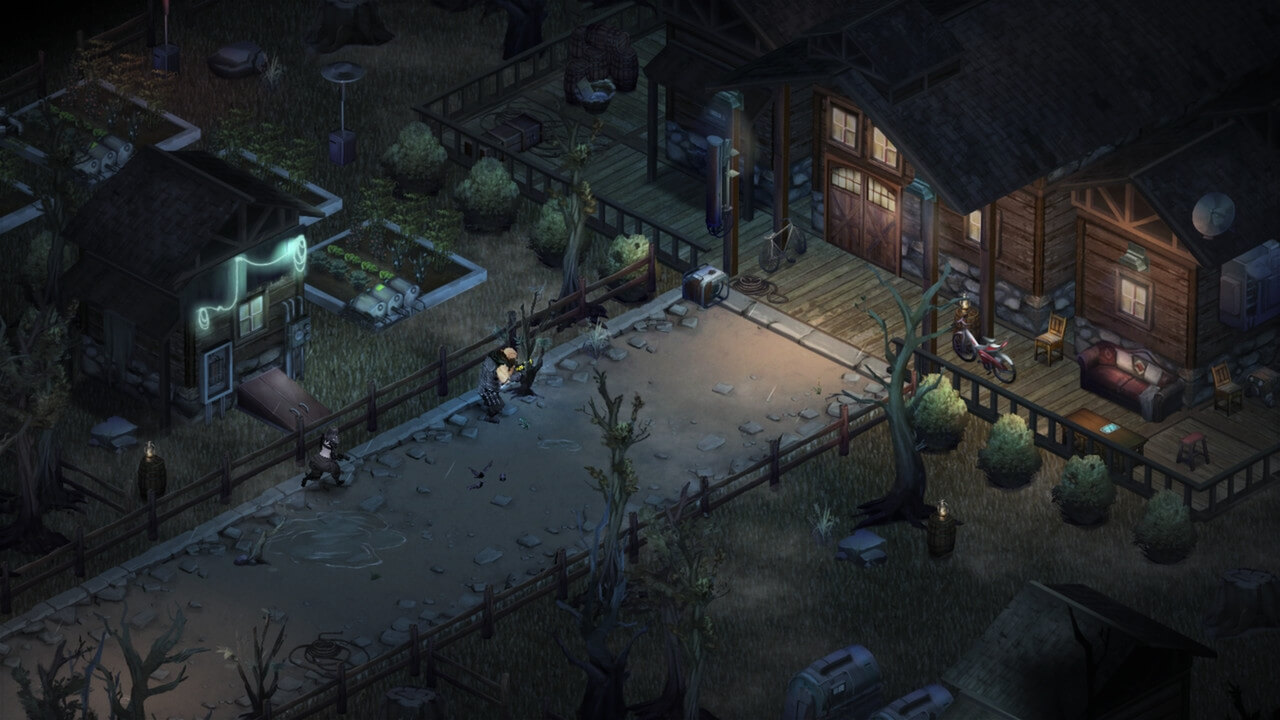 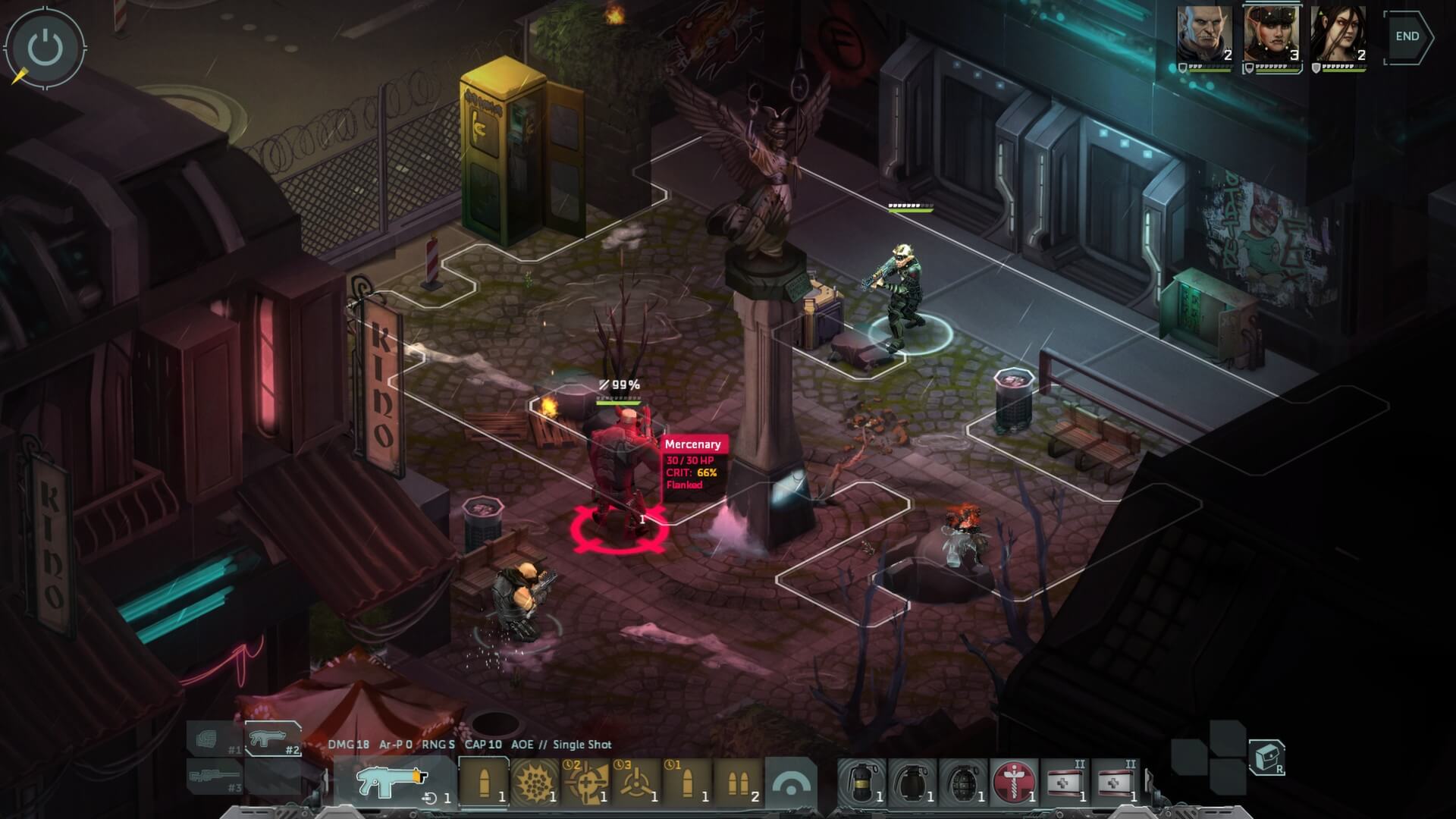 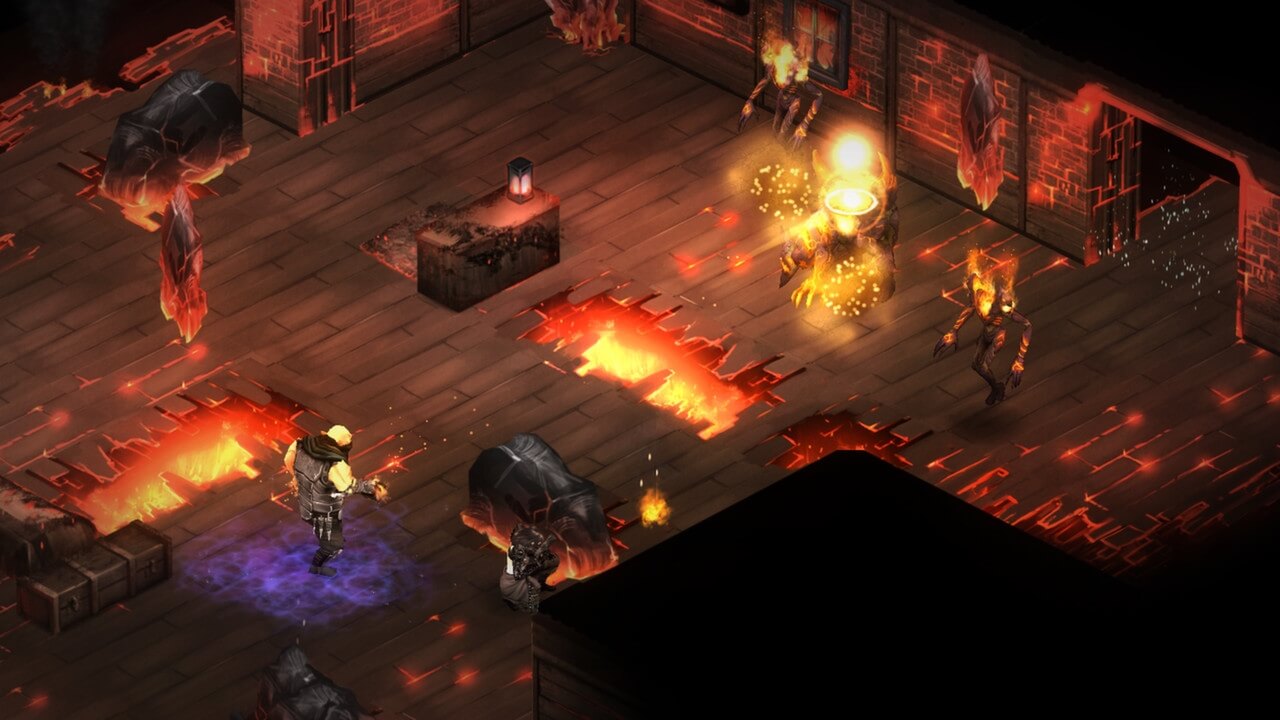 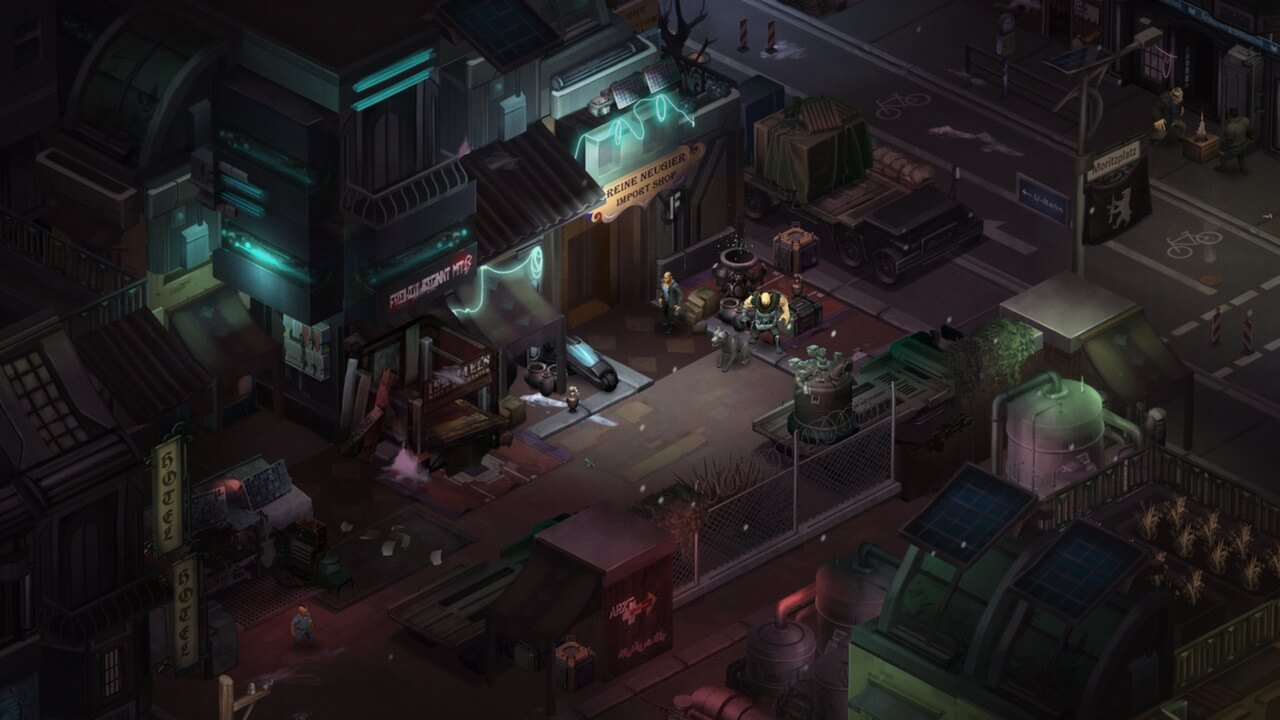 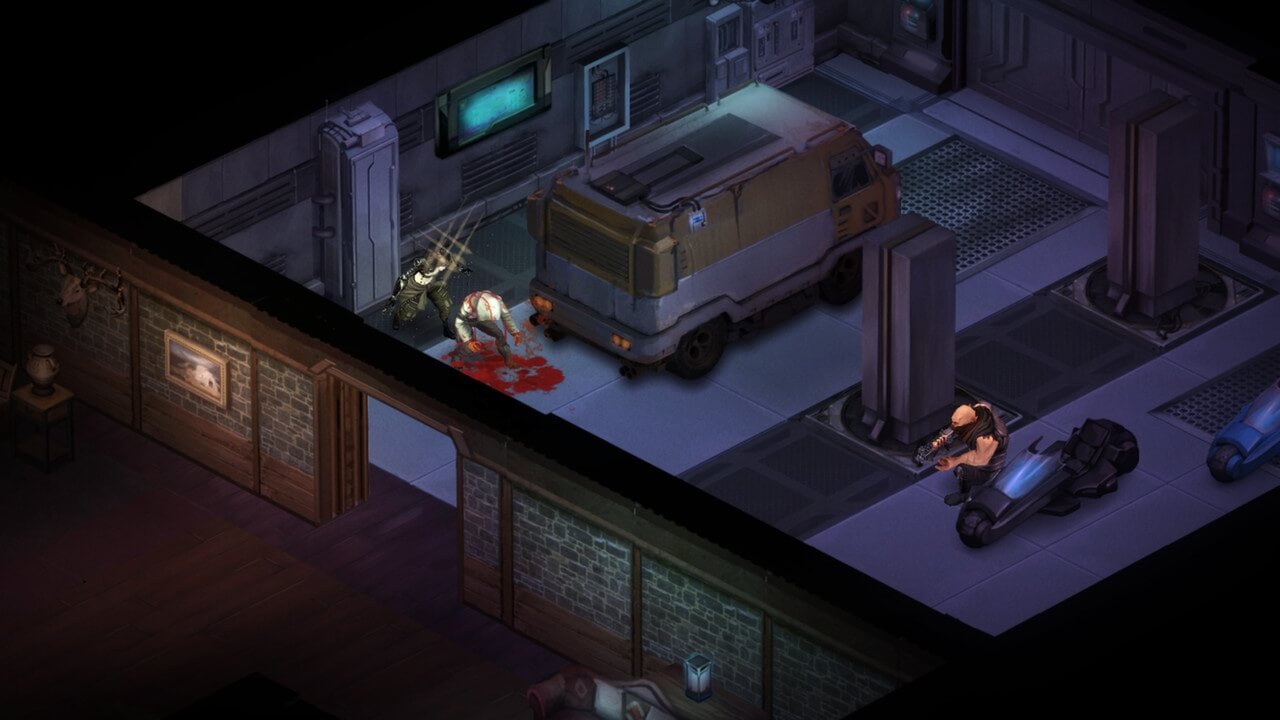 NOTE: The Director’s Cut is free to existing owners of the Dragonfall expansion for Shadowrun Returns. It will be automatically added to your Steam Library when the game is released.

In 2012, magic returned to our world, awakening powerful creatures of myth and legend. Among them was the Great Dragon Feuerschwinge, who emerged without warning from the mountains of Germany, unleashing fire, death, and untold destruction across the countryside. It took German forces nearly four months to finally shoot her down - and when they did, their victory became known as The Dragonfall.

It’s 42 years later - 2054 - and the world has changed. Unchecked advances in technology have blurred the line between man and machine. Elves and trolls walk among us, ruthless corporations bleed the world dry, and Feuerschwinge’s reign of terror is just a distant memory. Germany is splintered - a stable anarchy known as the “Flux State” controls the city of Berlin. It’s a place where power is ephemeral, almost anything goes, and the right connections can be the difference between success and starvation. For you and your team of battle-scarred shadowrunners, there’s no better place to earn a quick payday.

Now, a new threat is rising, one that could mean untold chaos and devastation. One that soon has you and your team caught on the wrong side of a deadly conspiracy. The only clue: whispers of the Dragonfall. Rumors that the Great Dragon Feuerschwinge may still be alive, waiting for the right moment to return…

A Classic, Story-Driven cRPG: Dragonfall hearkens back to the golden age of computer RPG’s with a novel-like branching narrative full of sharp prose and deep character development. Immerse yourself in a smart, 20+ hour campaign with a diverse cast of all-too-human characters.

A One-of-a-Kind Cyberpunk Setting: Experience the unique “Tech meets Magic” dystopian future of Shadowrun, a fan-favorite game setting now celebrating it’s 25th anniversary. Shadowrun: Dragonfall - Director’s Cut is the perfect entry point to the setting for those with no prior Shadowrun experience, while providing plenty of classic Shadowrun characters and tech for veteran players to sink their teeth into.

Command Your Team: Lead a small team of shadowrunners - each with their own outlook, motivations, and backstory. The members of your team are designed to play contrasting roles during missions, and each has a distinct set of skills, abilities, strengths, and weaknesses. But it’s not all about the mission - each team member also has challenges to face in their own lives, which you can choose to brush aside or play an important part in.

Skill-Based Character Progression: Choose a starting character archetype and build from there! Street Samurai and Physical Adepts use advanced combat skills to dominate the battlefield, Shamans and Mages summon powerful allies and cast deadly spells, while Riggers and Deckers provide critical technological support, projecting their consciousness directly into drones and computer systems. Shadowrun: Dragonfall’s classless skill system allows you to grow your character in any direction you choose.

New in the Director’s Cut

Standalone: Due to popular demand, Dragonfall is now a completely standalone title!

Five All-New Missions: The Director’s Cut features five all-new original missions, including three related directly to the personal stories of your team members. These missions take you to previously-unseen locales - both within the Flux State and beyond - where you’ll have to face challenging enemies and make tough choices in order to help your team members prevail.

Revamped Combat System: The Dragonfall combat system has received a major overhaul. An all-new armor system adds another tactical layer to the experience, while refined cover and damage mechanics emphasize the importance of battlefield positioning. Complementing these improvements is an upgraded AI system which reacts more intelligently and accurately to your actions.

Redesigned Interface: The Dragonfall in-game interface has also been rebuilt. Spells, items and abilities are now much easier to access, while improved combat feedback allows you to fully understand the tactical situation in any given encounter.

Customize Your Team: Guide your team members as they progress in each of their unique roles, choosing between different focus options to grant them new items and abilities. In addition, if you don’t like a team member’s default spell, item or weapon loadout, you can now customize what they bring on each mission.

Ten New Pieces of Original Music: Fan-favorite composer Jon Everist brings ten new tracks of moody cyberpunk music to the Dragonfall experience, including compositions based on the stories of individual members of your team.

The Complete Dragonfall Soundtrack: As a free bonus, the Director’s Cut includes the entire soundtracks from both Dragonfall AND our previous title, Shadowrun Returns. This also includes the brand new tracks exclusive to the Director’s Cut. Featuring music from the composers of the classic Shadowrun SEGA and SNES games, this exciting cyberpunk soundtrack pays homage to the past with a modern sentiment.

Writing and design tweaks and polish throughout!