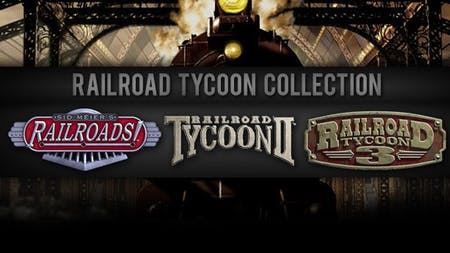 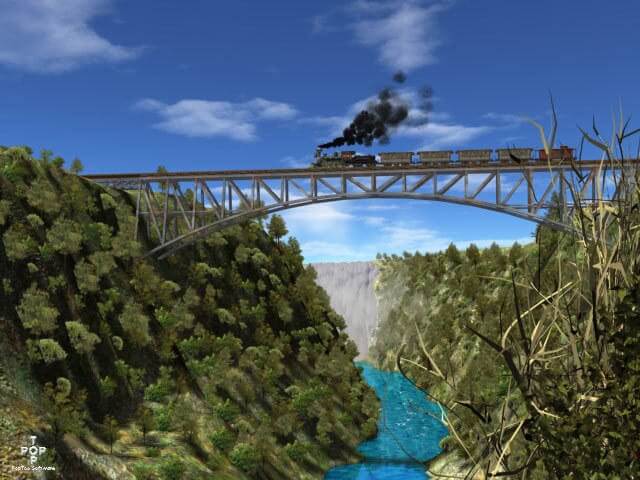 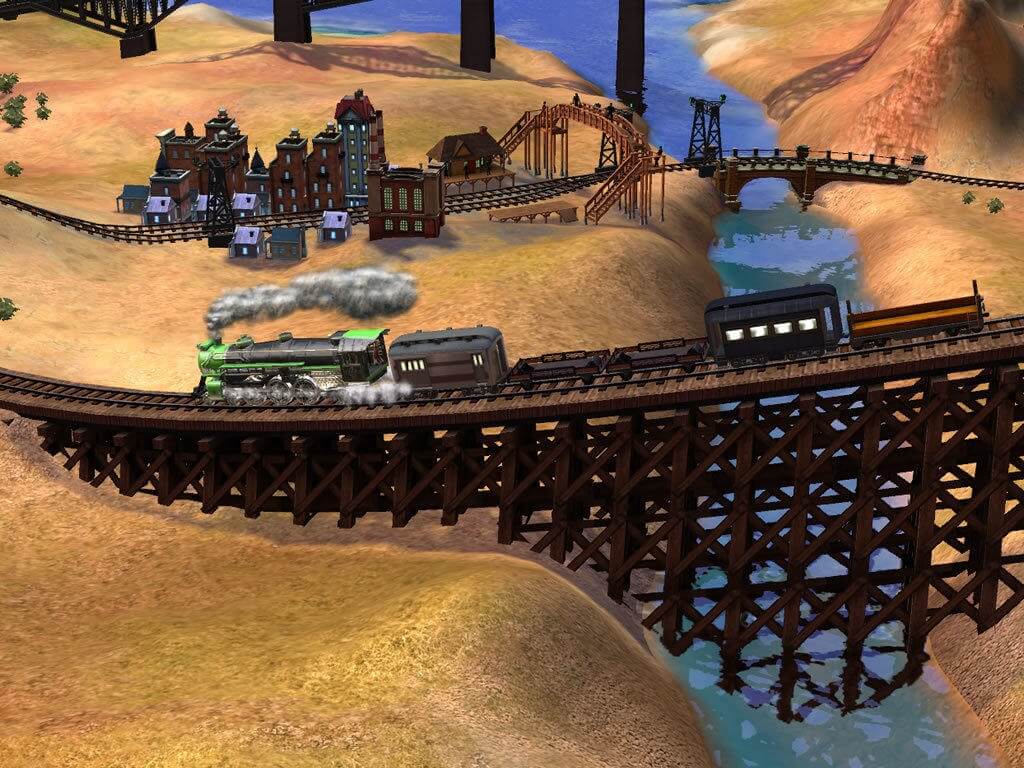 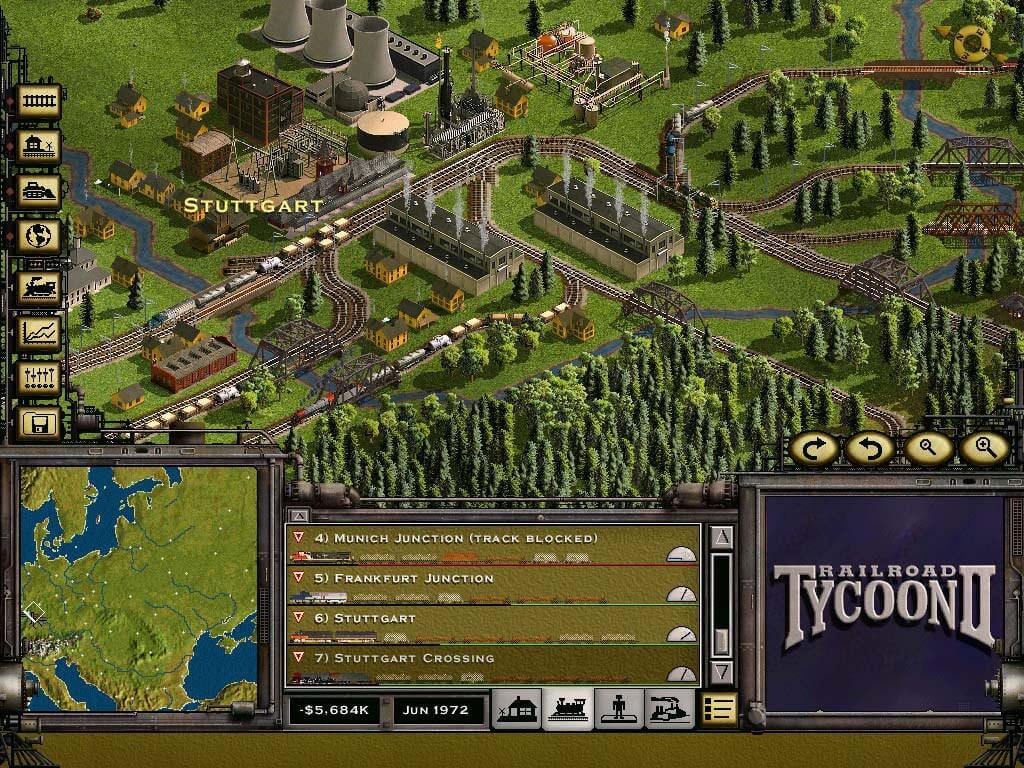 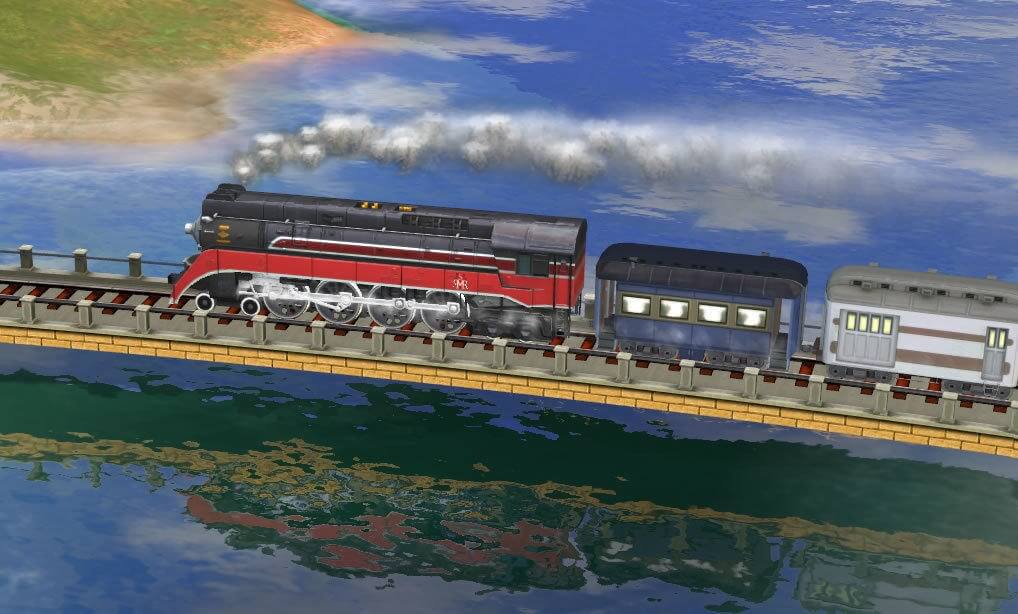 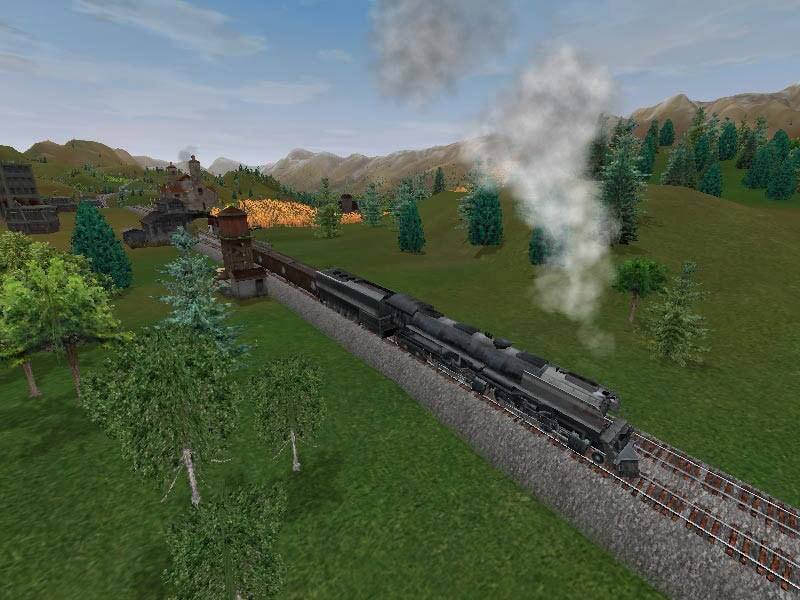 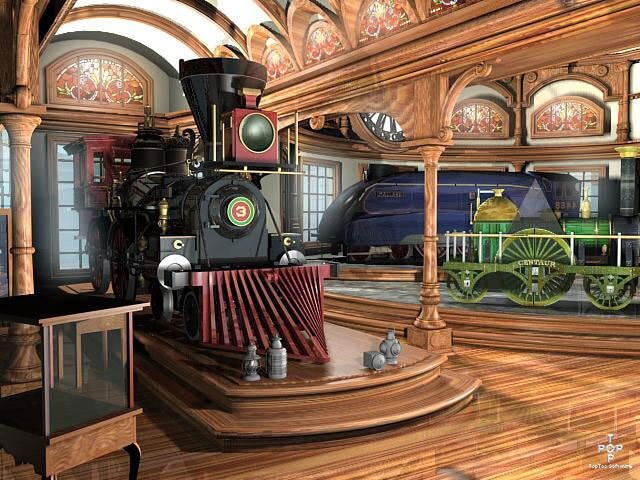 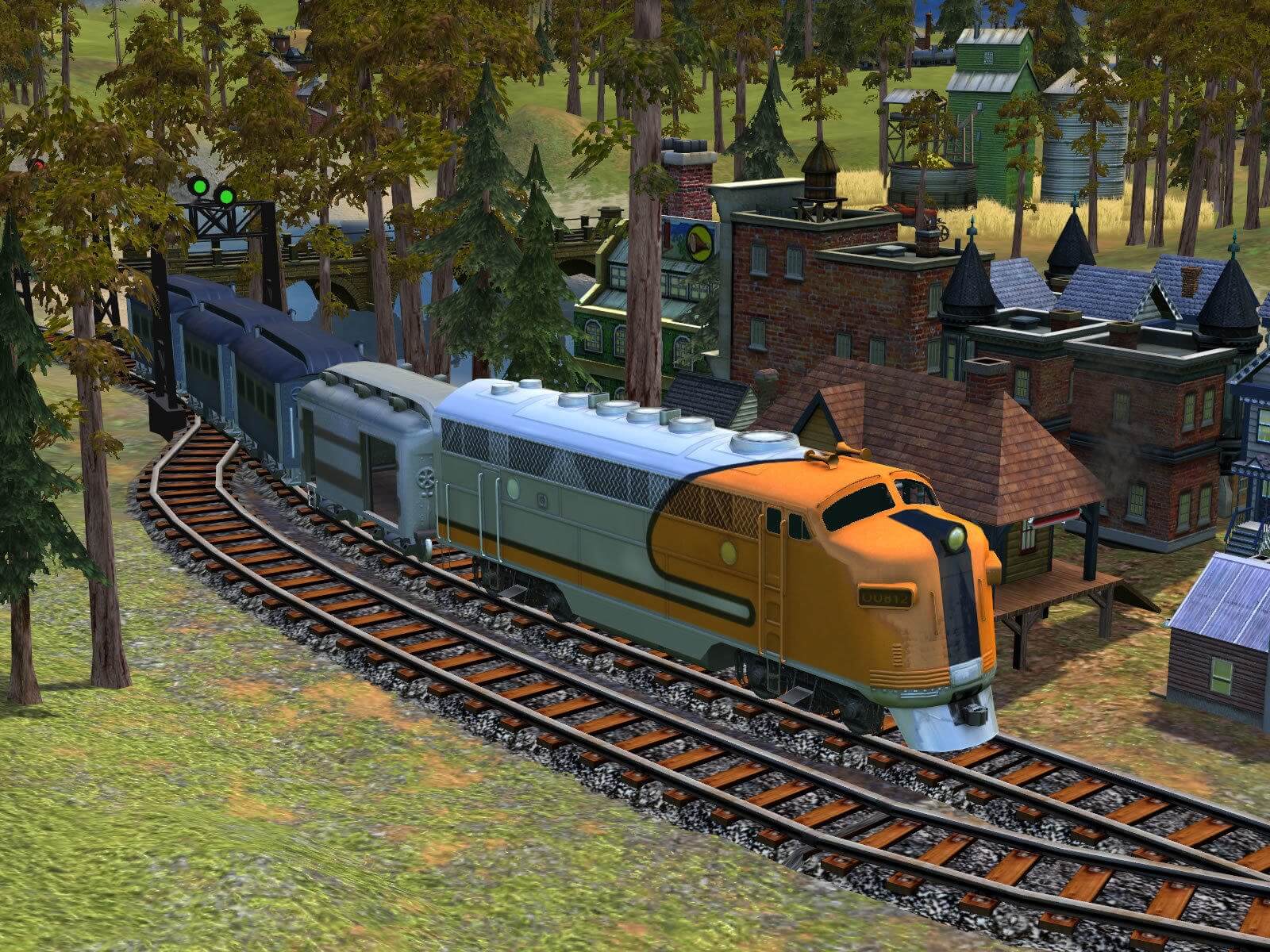 Railroad Tycoon 3 features 25 scenarios challenging players to recreate magnificent feats of railroading history from around the world. Players can lay track (including tunnels and overpasses), pick from over 40 locomotives from early steams to modern bullets, choose to haul over 35 types of cargo in a dynamic economy, and participate in an advanced stock market.

The new 3-D engine takes the franchise to the next level, allowing smooth scaling from an 'eye in the sky' view of an entire continent down to super detailed close-up of a beautifully modeled train, building, or just the landscape.

Railroad Tycoon 3 also includes more multiplayer support than its predecessor, integrating an on-line chat and matchmaking service. To top everything off, the game's soundtrack features another installment of some of the best authentic blues, bluegrass, and Americana music around.

Includes Railroad Tycoon II and the expansion The Second Century

It can take you from a normal, well-adjusted, well-rounded person to an obsessed, singled-minded, one-tracked train head. This is a real railroad game, not just a strategy game that happens to involve railroads. If you want to hop on a plane, car or ship, hop on another game.

This game is about trains for people who love trains. Everything about the game is centered around an authentic look and feeling of the railways. Period video and pictures are interlaced with the game. The design and interface are true to the character of the fabled late 1800's railroads. A.I. opponents are based on real people. And all maps are real (based on satellite photography from US Geological Service and other sources).

Sid Meier's Railroads! marks the return of the watershed title in simulation/strategy gaming that launched the popular “tycoon” genre, and inspired a new generation of games. Sid Meier's Railroads! comes home to its original creator, the legendary Sid Meier, who, together with his team at Firaxis Games, will take this game to a whole new level of fun!

The greatest railroad building game of all time is back in a vibrant 3D world delivering exciting multiplayer options, in-game customization tools, streamlined interface and unmatched gameplay, that's easy to learn yet challenging to master. Combining the best of real-world and model railroads, Sid Meier’s Railroads! puts you in charge of building the greatest rail empire in the nation - managing trains, cargo and your bottom line - while engaging in all-out corporate warfare against rival tycoons, slick entrepreneurs, and robber barons!