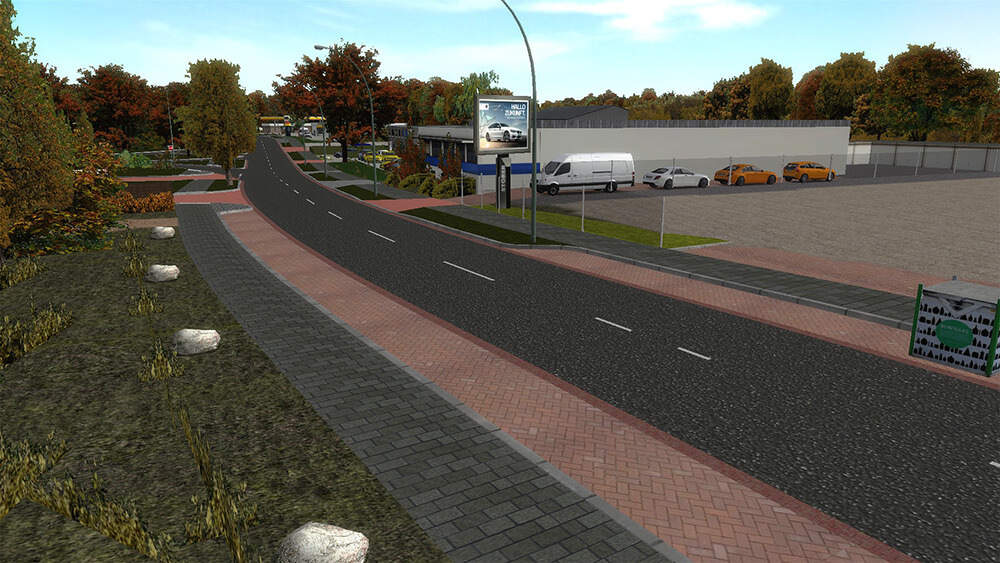 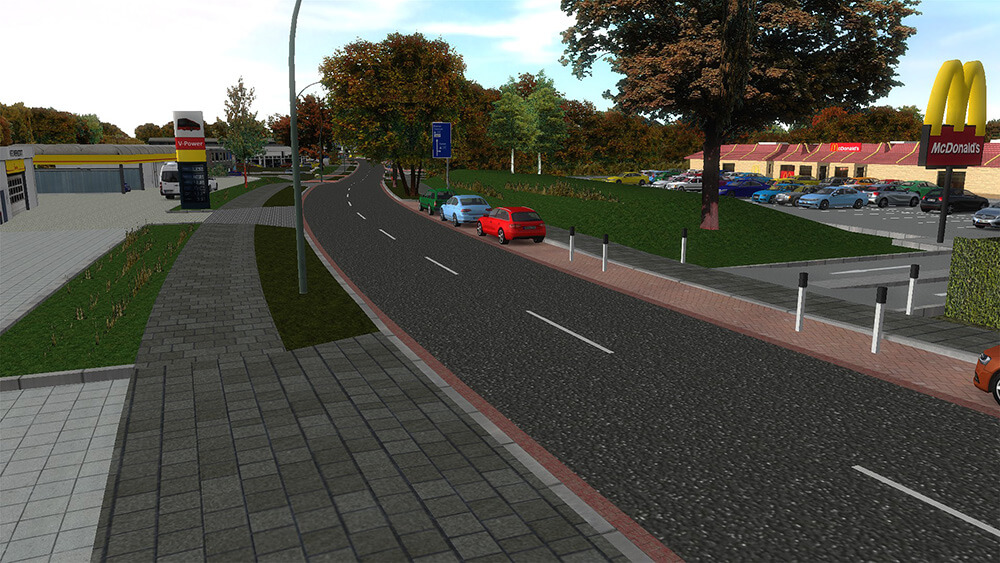 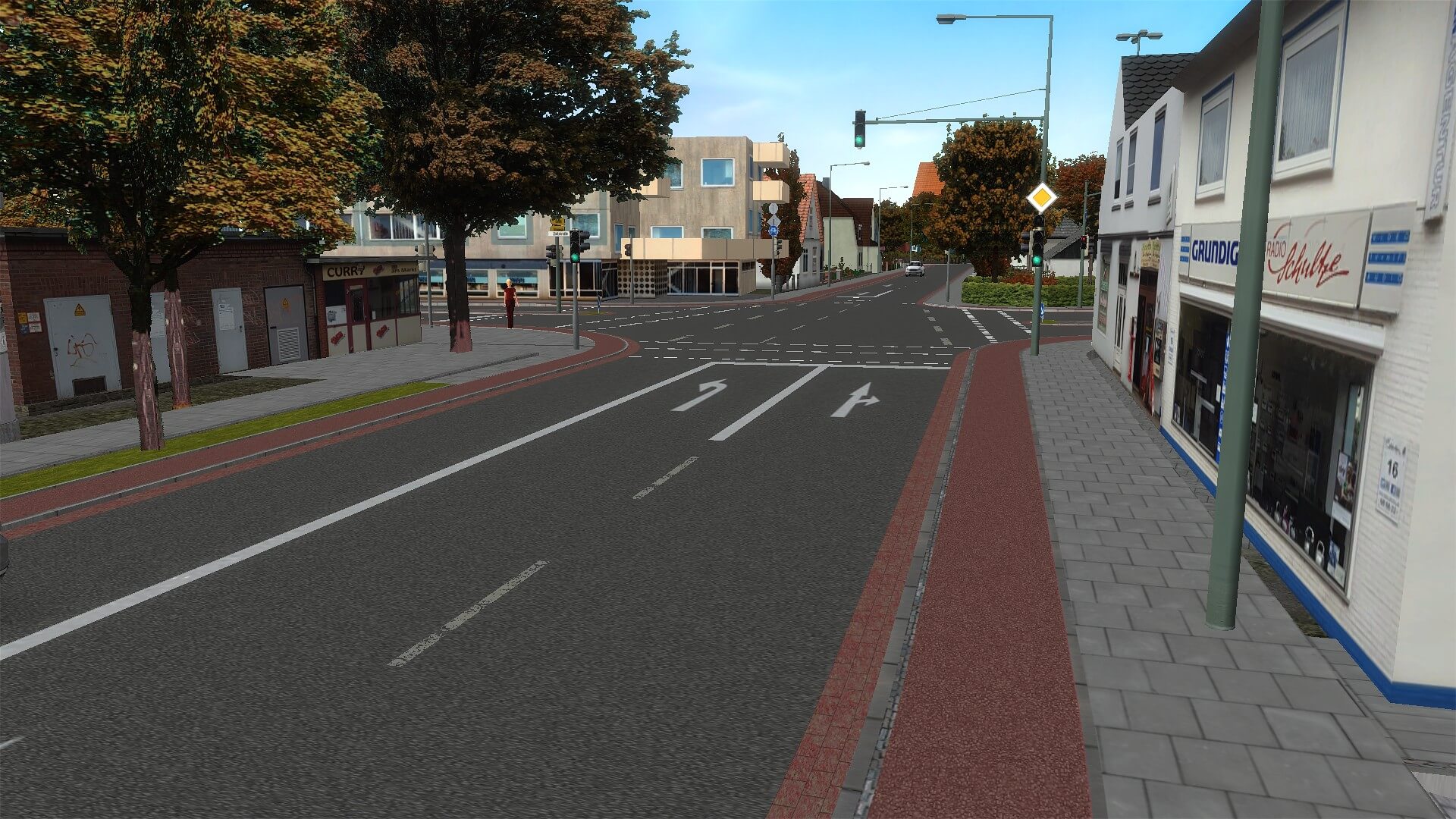 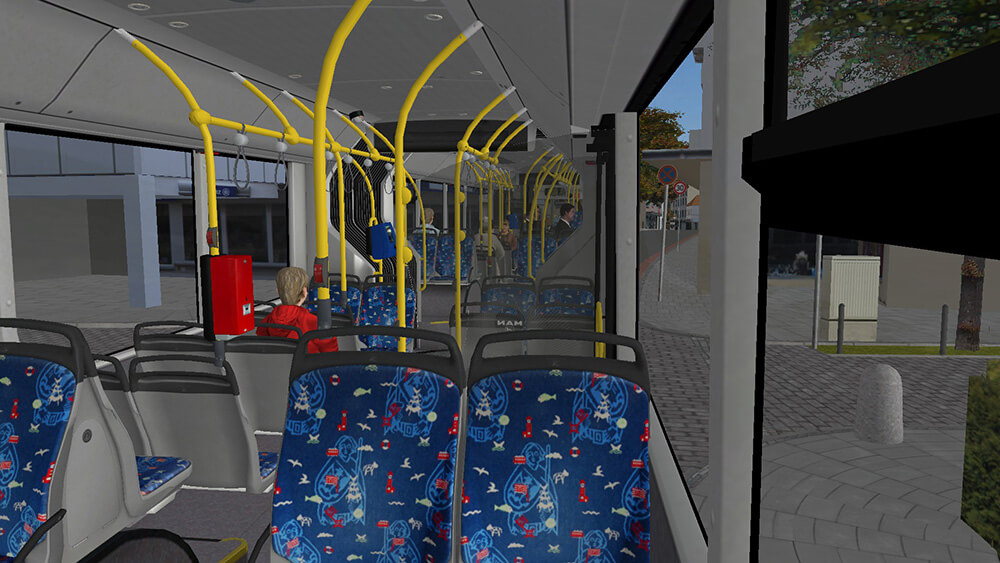 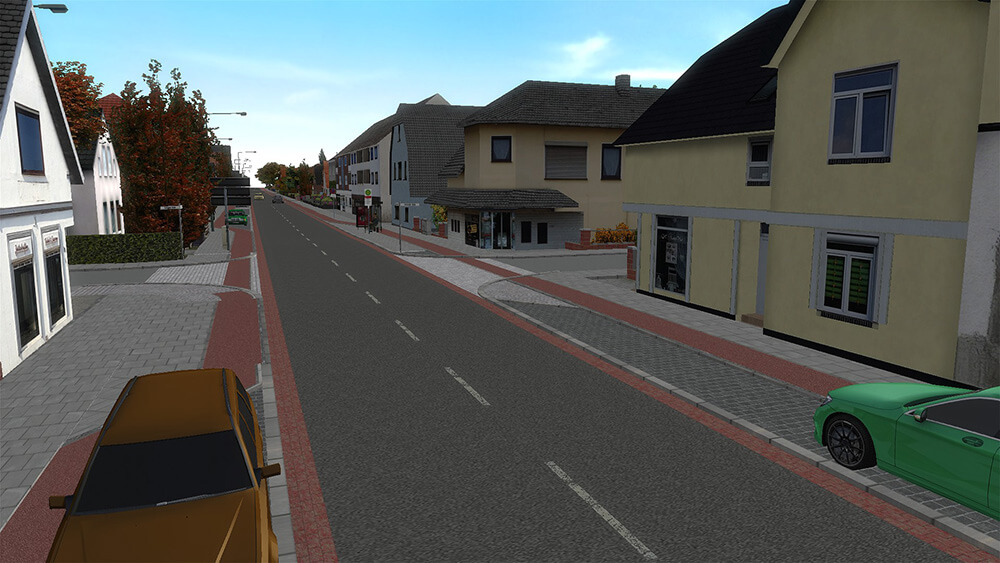 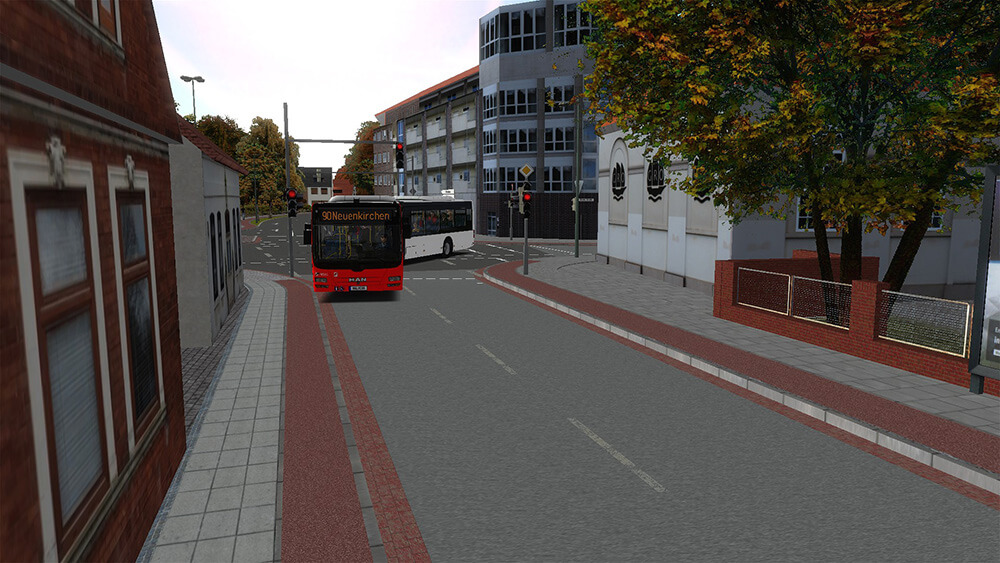 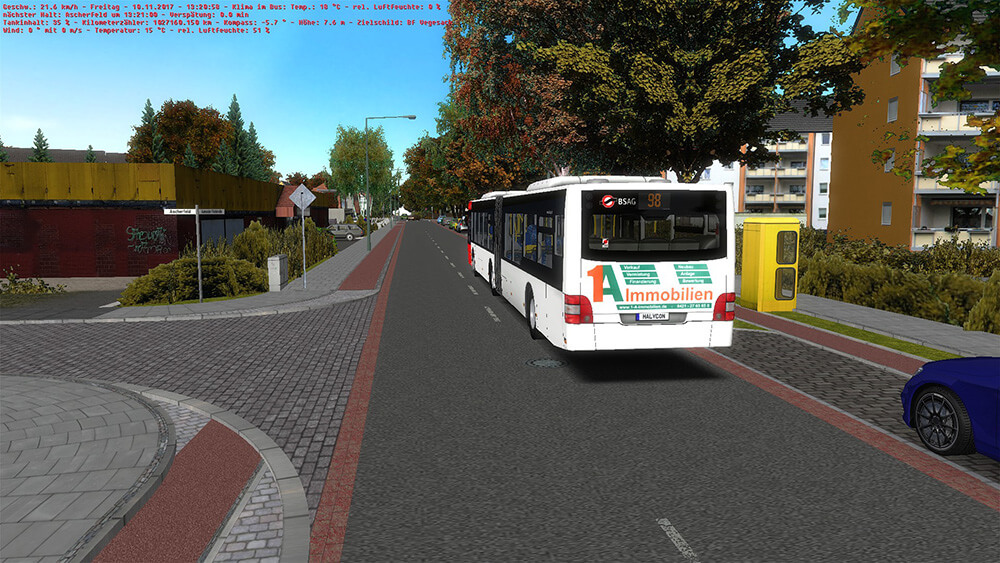 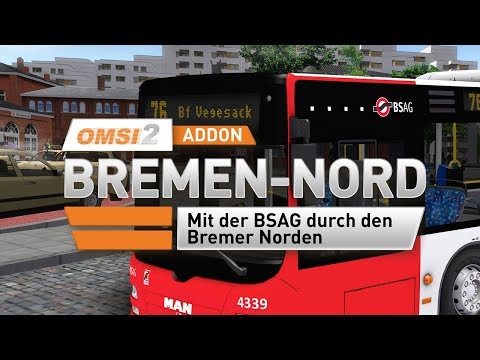 Over 500 new 3D objects have been produced specially for this add-on, making the routes highly memorable.

Includes licensed MAN buses in different variants with genuine liveries. Thanks to the support of BSAG, not only are the routes based on actual timetables, but genuine on-board announcements are used. The modular selection options enable a whole host of different bus variants.

Numerous Bremen streets have been virtually recreated in high detail based on route maps, and lots of new junctions, landmarks and distinctive buildings have been developed as 3D objects specially for this OMSI add-on.

Passenger voices with north German accents, new AI vehicles and the faithful recreation of actual routes add up to a realistic experience of what it’s like to drive a bus through north Bremen.

Lines included in this add-on:

You need to have the full version of OMSI 2 installed to play this add-on!

Copyright © 2017 AEROSOFT. All rights reserved. All trademarks and brand names are trademarks or registered trademarks of the respective owners. Copyrights are serious stuff. If you find any pirated copies of this software please notify us. We will make sure reports of copyrights violation are rewarded. Aerosoft GmbH
Lindberghring 12
D-33142 Büren, Germany