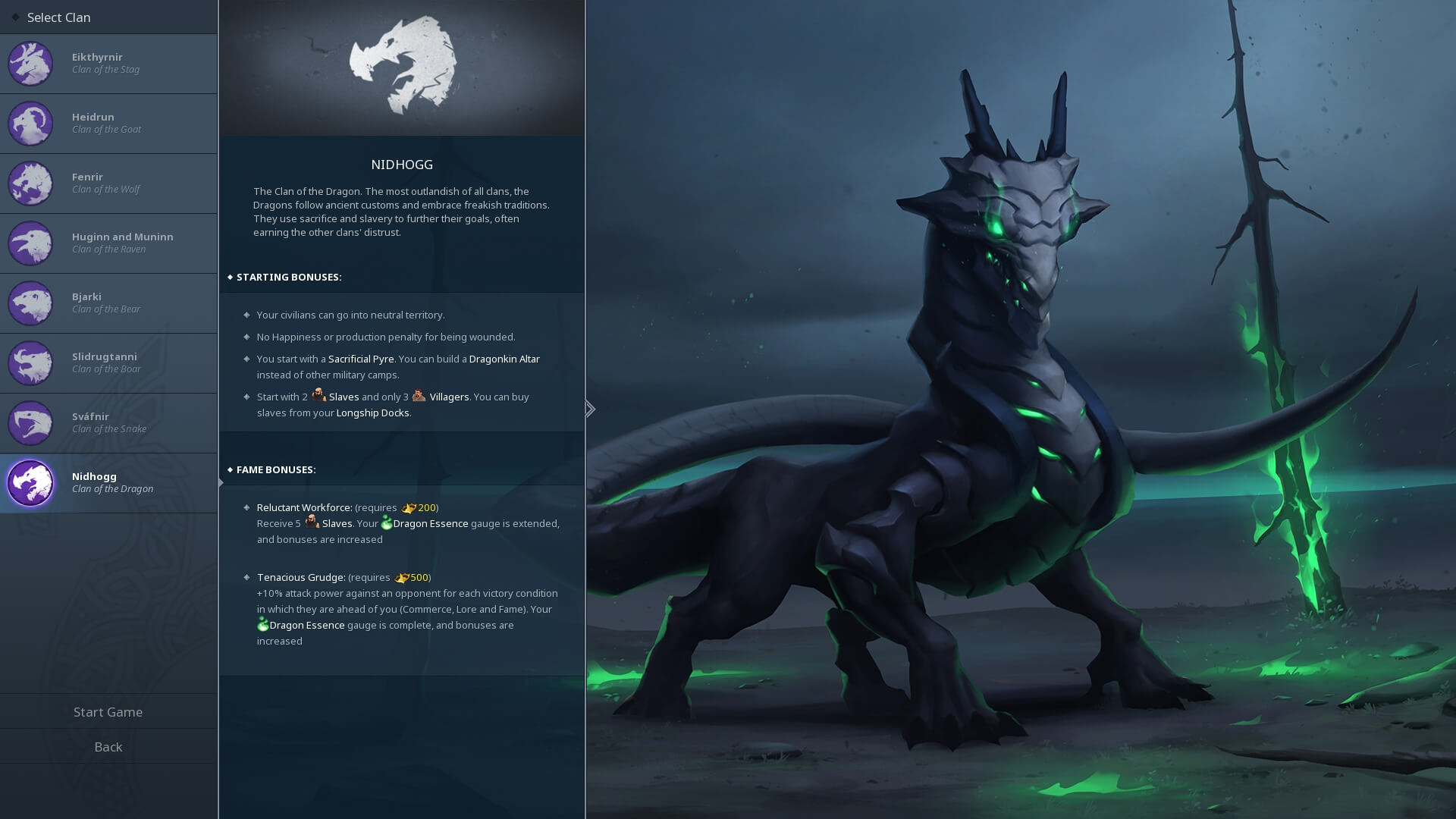 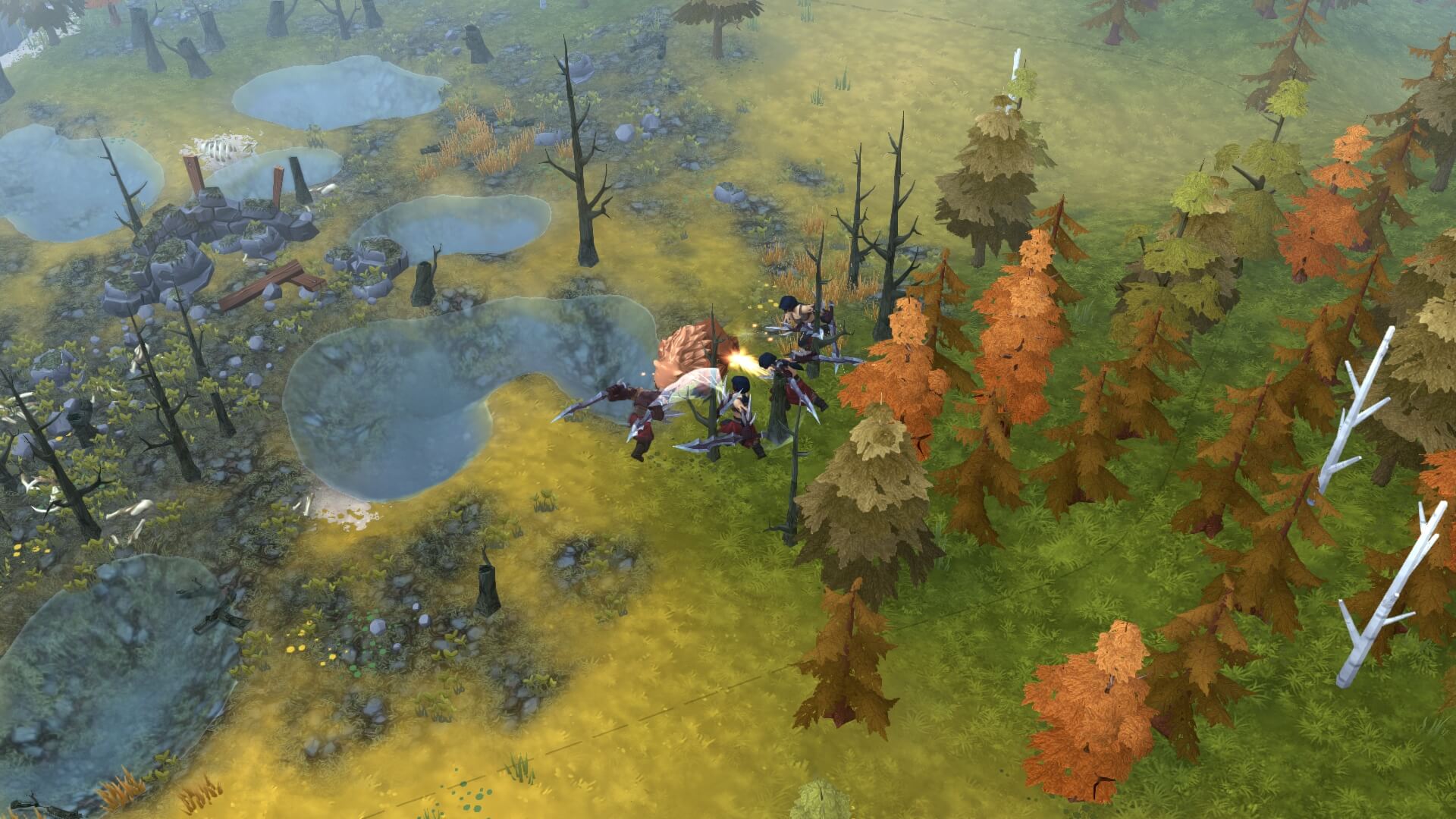 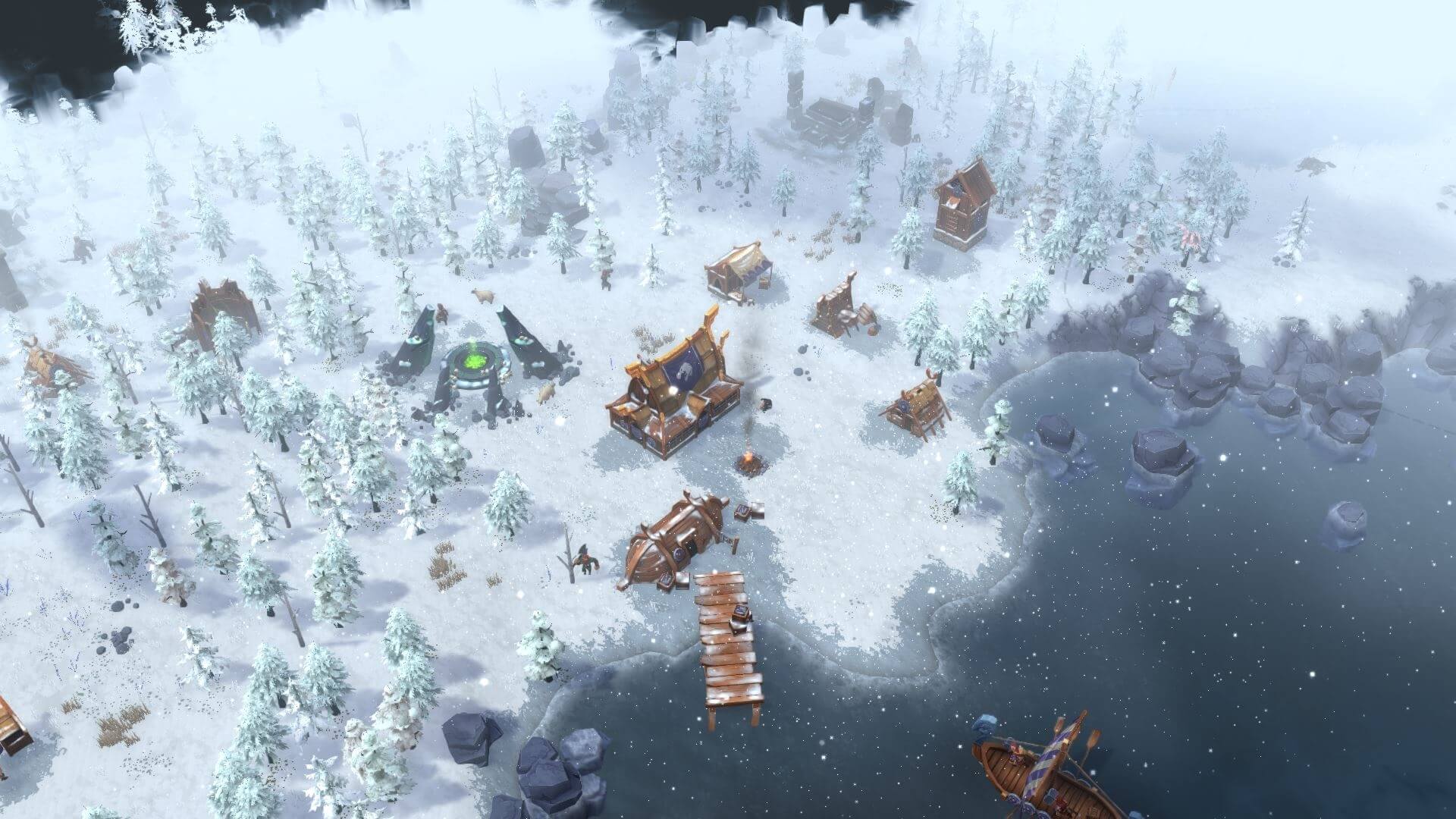 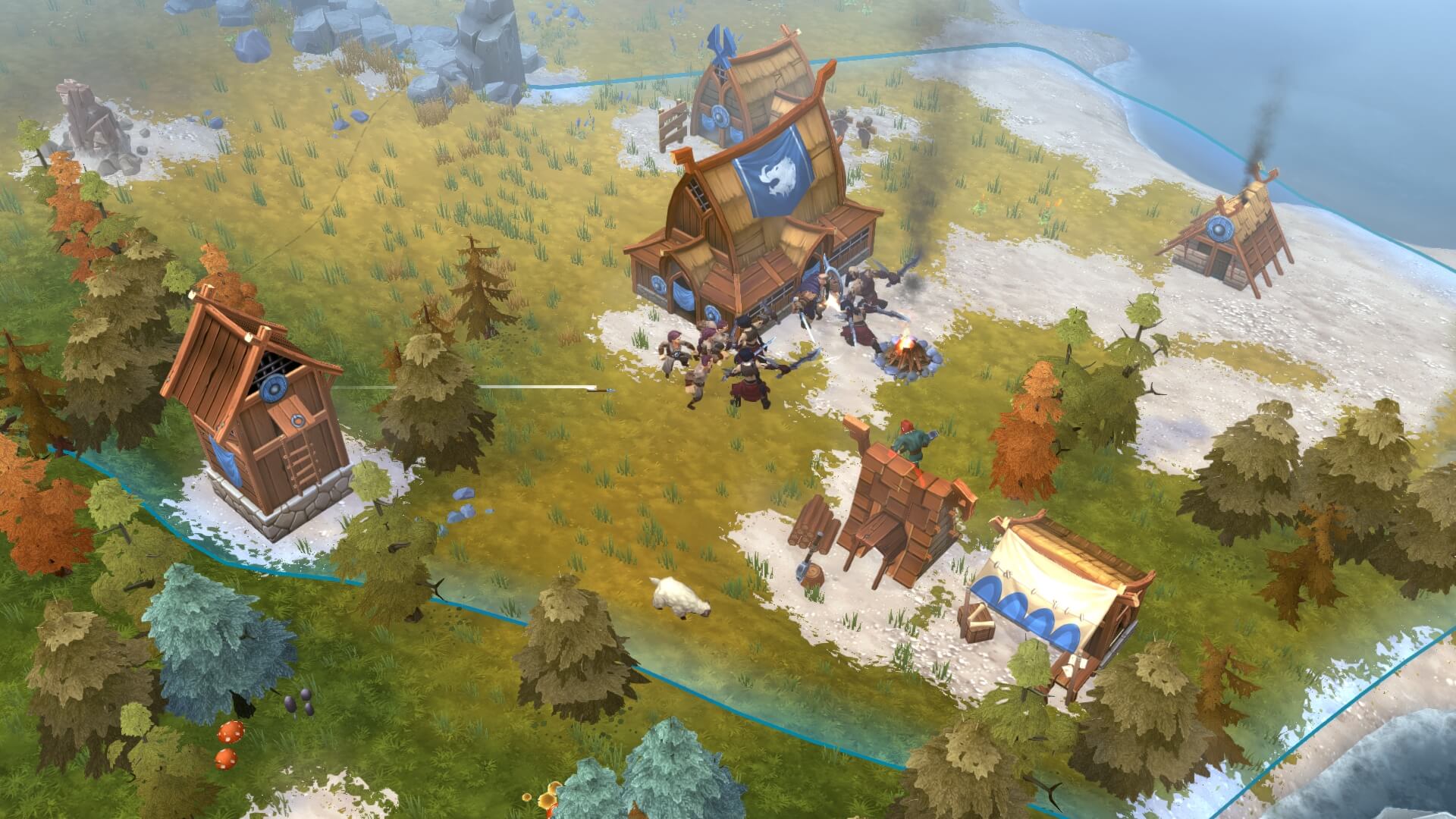 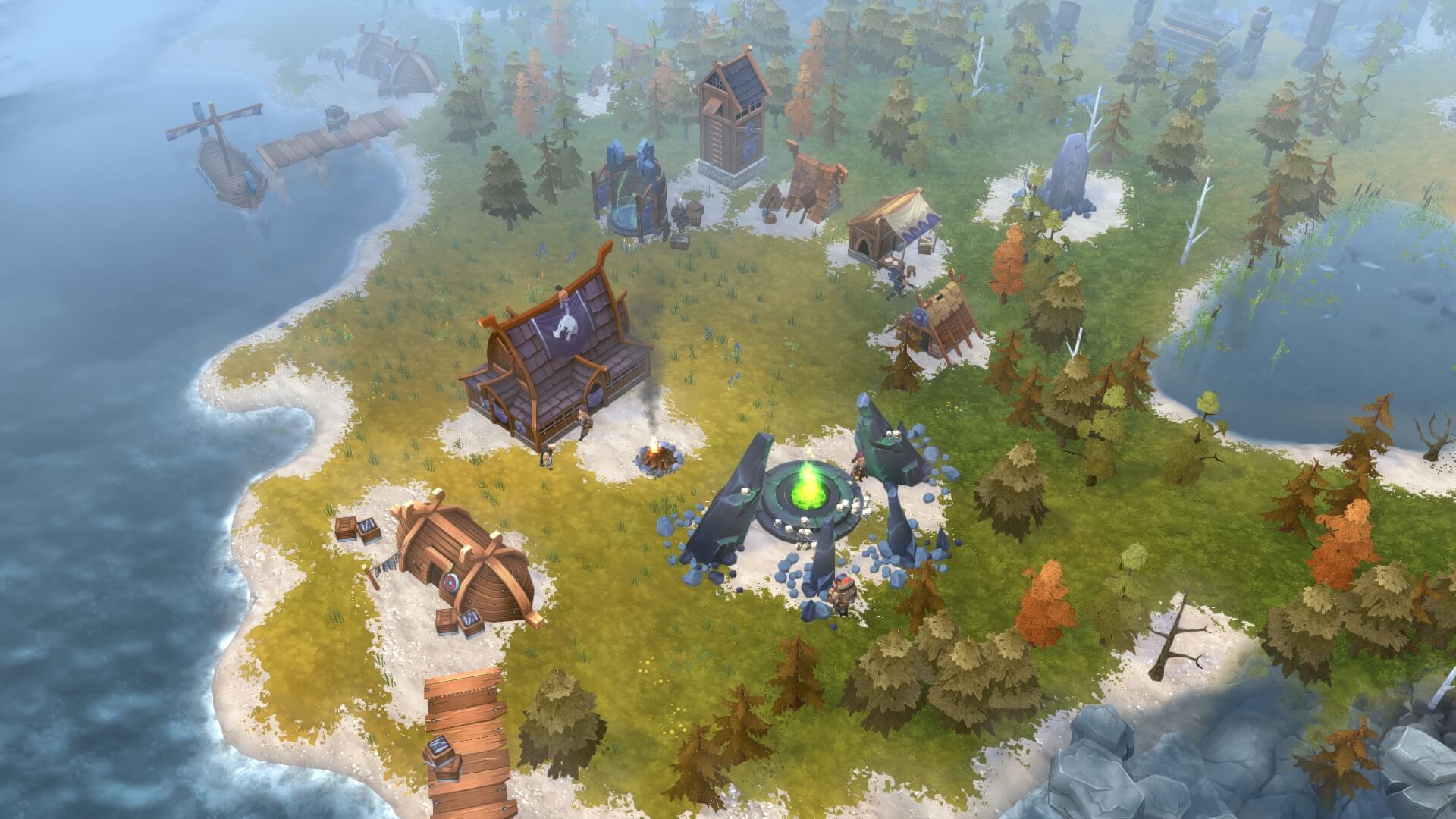 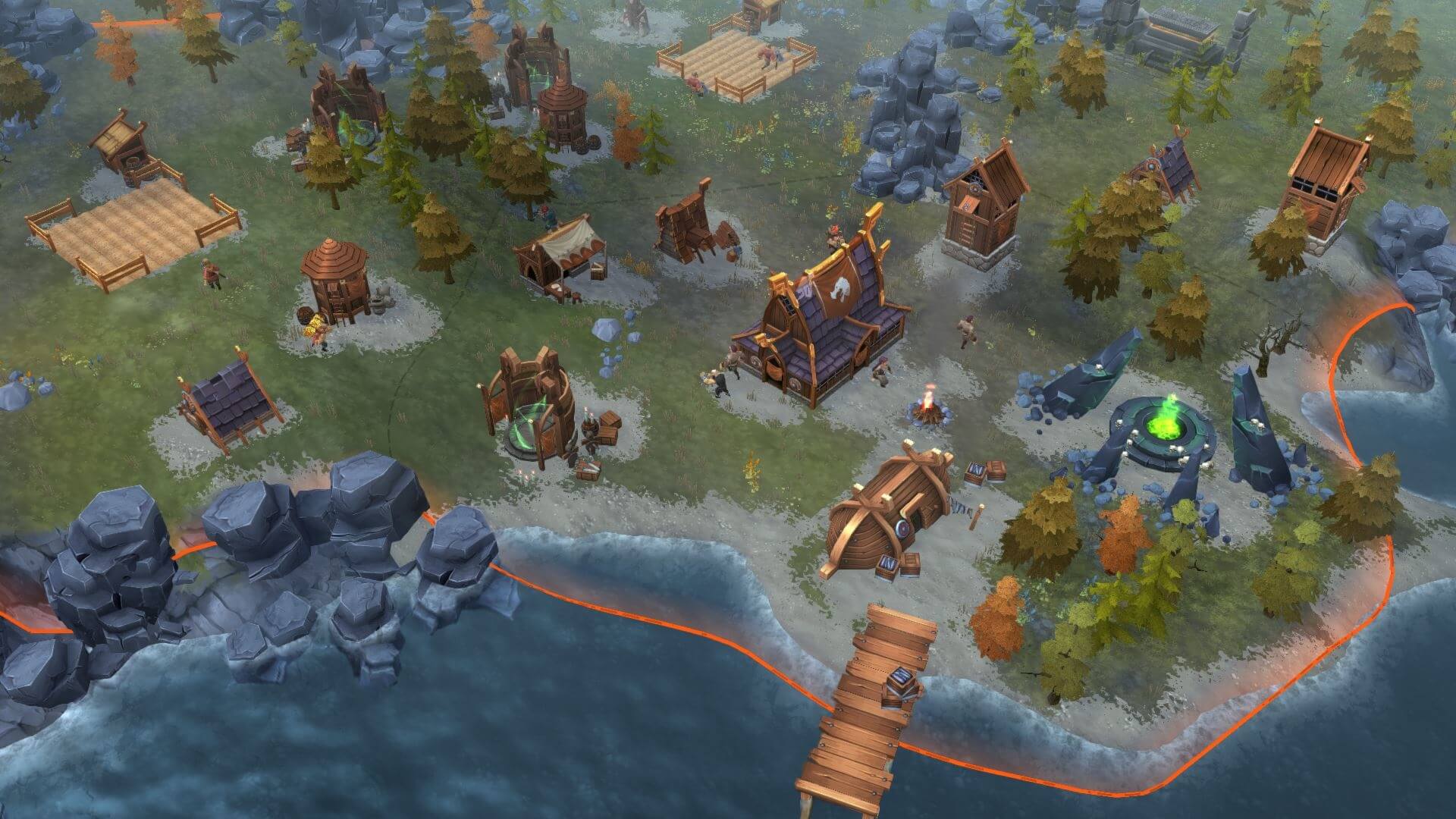 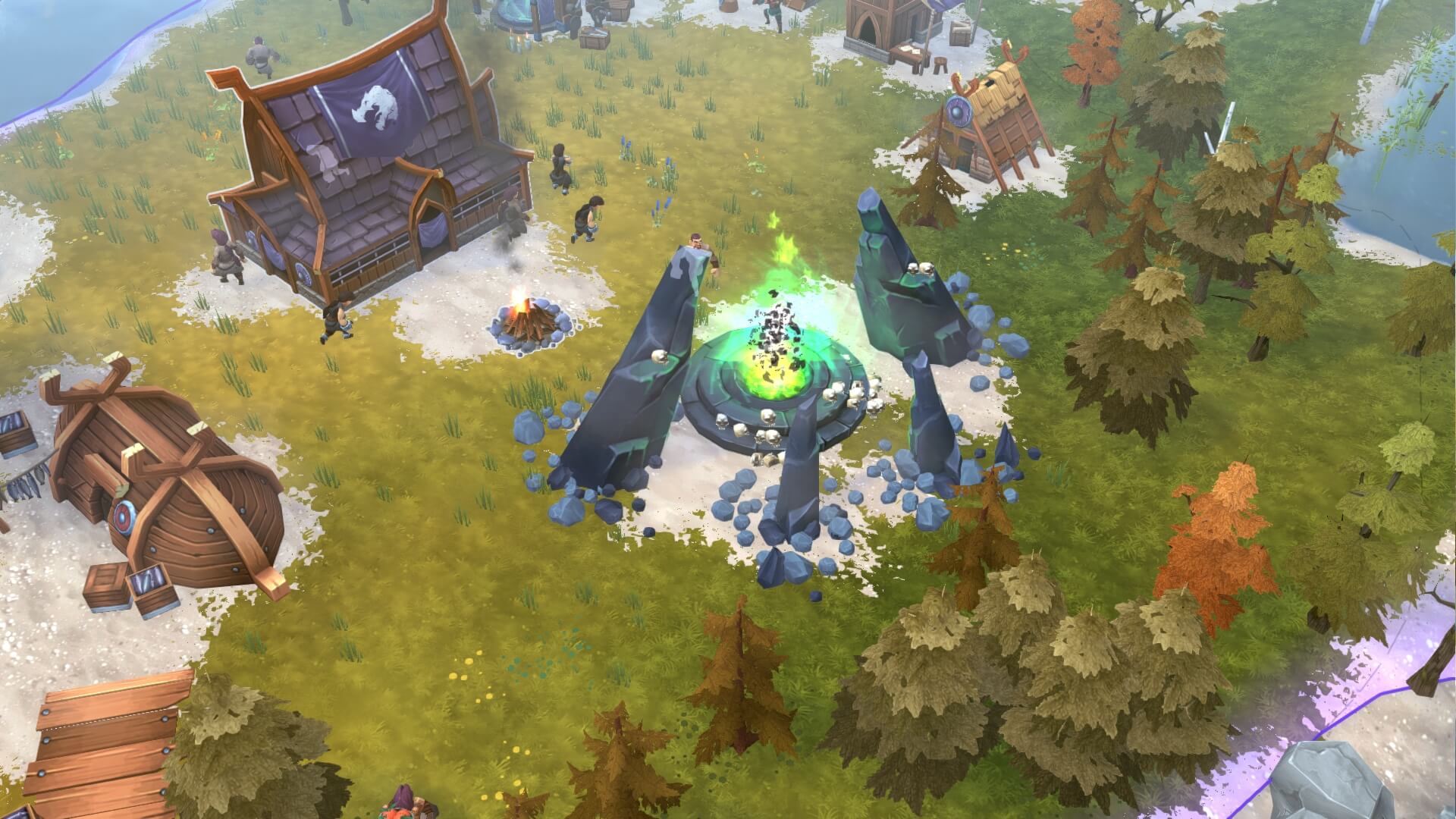 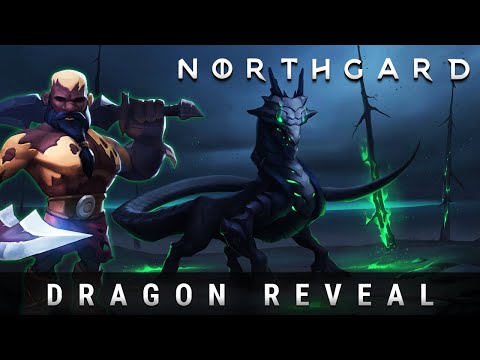 *Nidhogg, the Clan of the Dragon*

The most alien of all clans, the Dragons follow ancient customs and embrace freakish traditions. They use sacrifice and slavery to further their goals, often earning the other clan's distrust.

The clan starts with several bonuses:

- Your civilians can go into neutral territory.

- No Happiness or Production penalty for being wounded.

- You start with a Sacrificial Pyre. You can build a - Dragonkin Altar instead of other military buildings.

You start with 2 Thralls. You can buy thralls from your Longship Dock

Slavery is an important part of the clan’s economy. Like the regular civilians, thralls can travel in neutral territory and fight.

Thralls do not count towards your population and do not require housing. Their maximum number is based on your current population number.

They consume less food than a Villager, and gather 50% less resources than a civilian.

There are 2 different ways of getting new thralls:

- You can buy them from your longship dock. the price of each thrall will increase after each purchase.

- After getting the Capture Lore, you’ll be able to enslave other faction's people.

Thralls are a powerful economic and military asset but beware of their number! If by any chance your regular population falls under your Thrall population, they will rise against you!

*The Sacrifices & the Dragon Essence Gauge*

The Clan of the Dragon starts each game with an already built exclusive building: the Sacrificial Pyre. Through this building, you’ll be able to send every unit you have to be sacrificed to honor the gods and gain their favors.

Sacrificing a unit will earn you Dragon Essence that can be used to unlock various bonuses:

*Dragonkin and their Altar*

The Clan of the Dragon does not have access to the regular Military Building. The only military camp you’ll be able to build is the Dragonkin Altar. Each Altar increases your warband size by 1 (2 if upgraded).

Giving a Villager his Dragonkin form is a non-reversible process and will consume 50 Krowns (+10 per new Dragonkin) and 1 Dragon Essence.

The Clan of the Dragon has 5 new Lore: