Employ mercenary groups to fortify your national armed forces with battle-hardened professionals. You can also carry out "unofficial" military operations without being held directly responsible by international bodies. 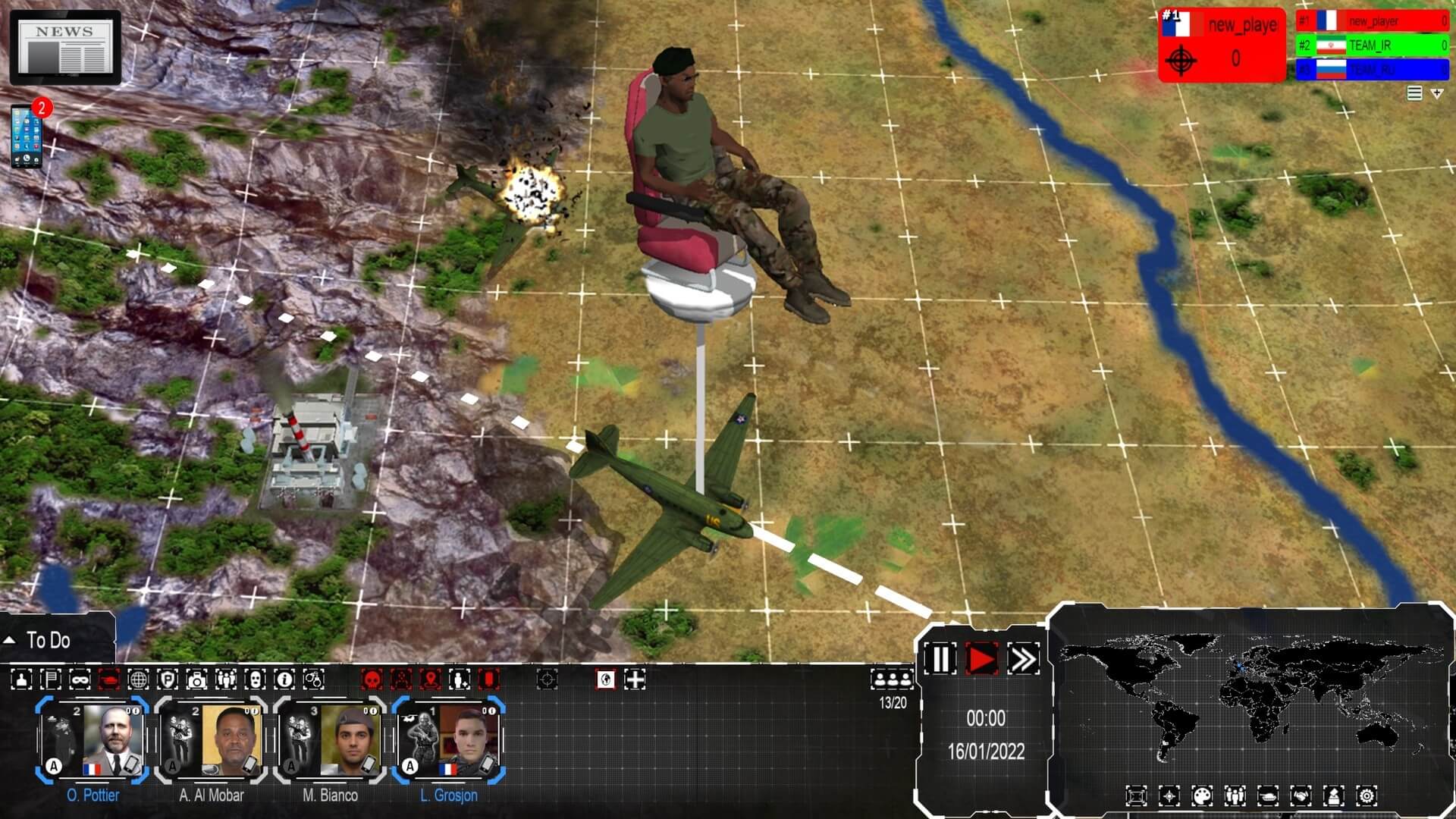 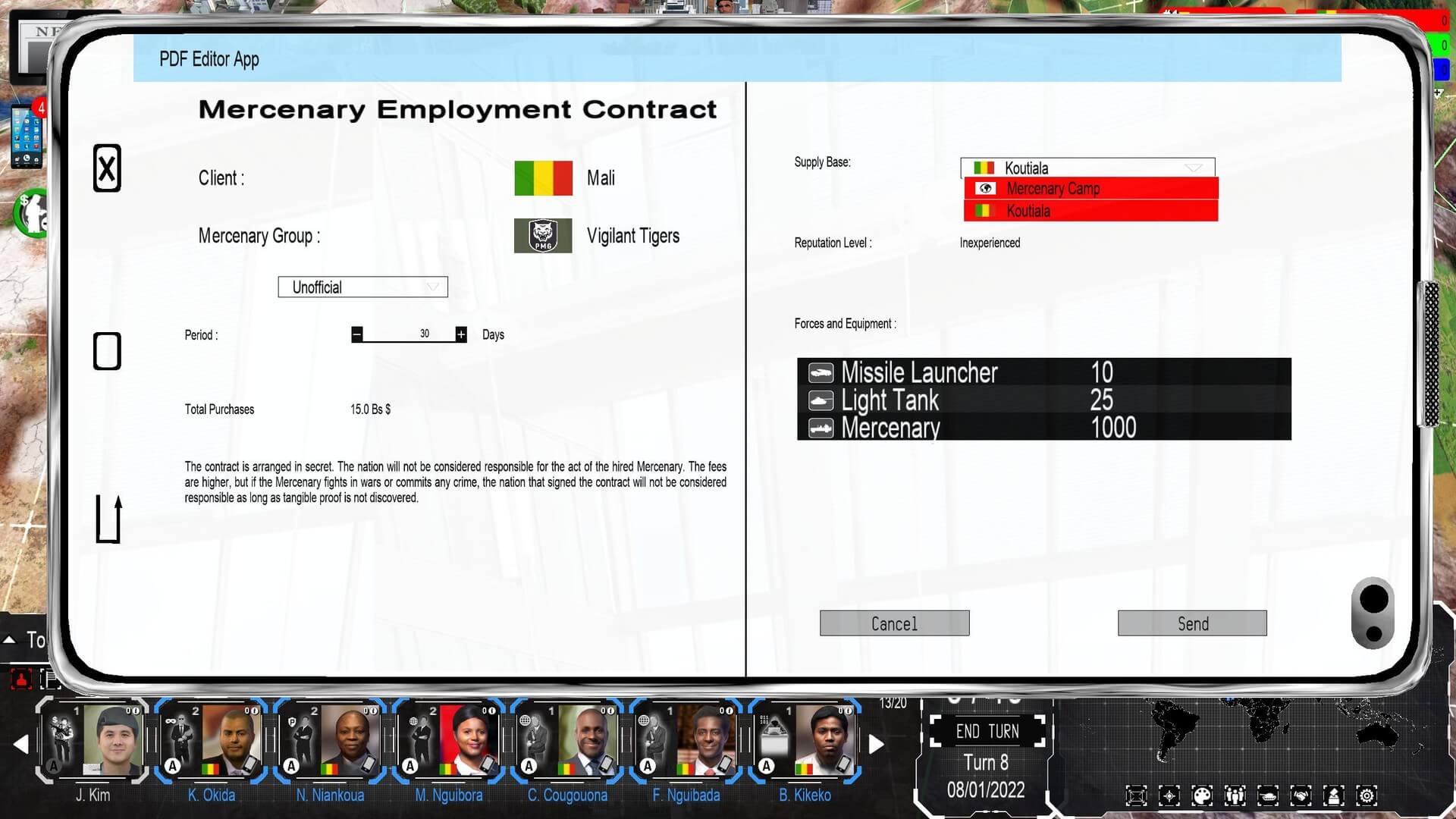 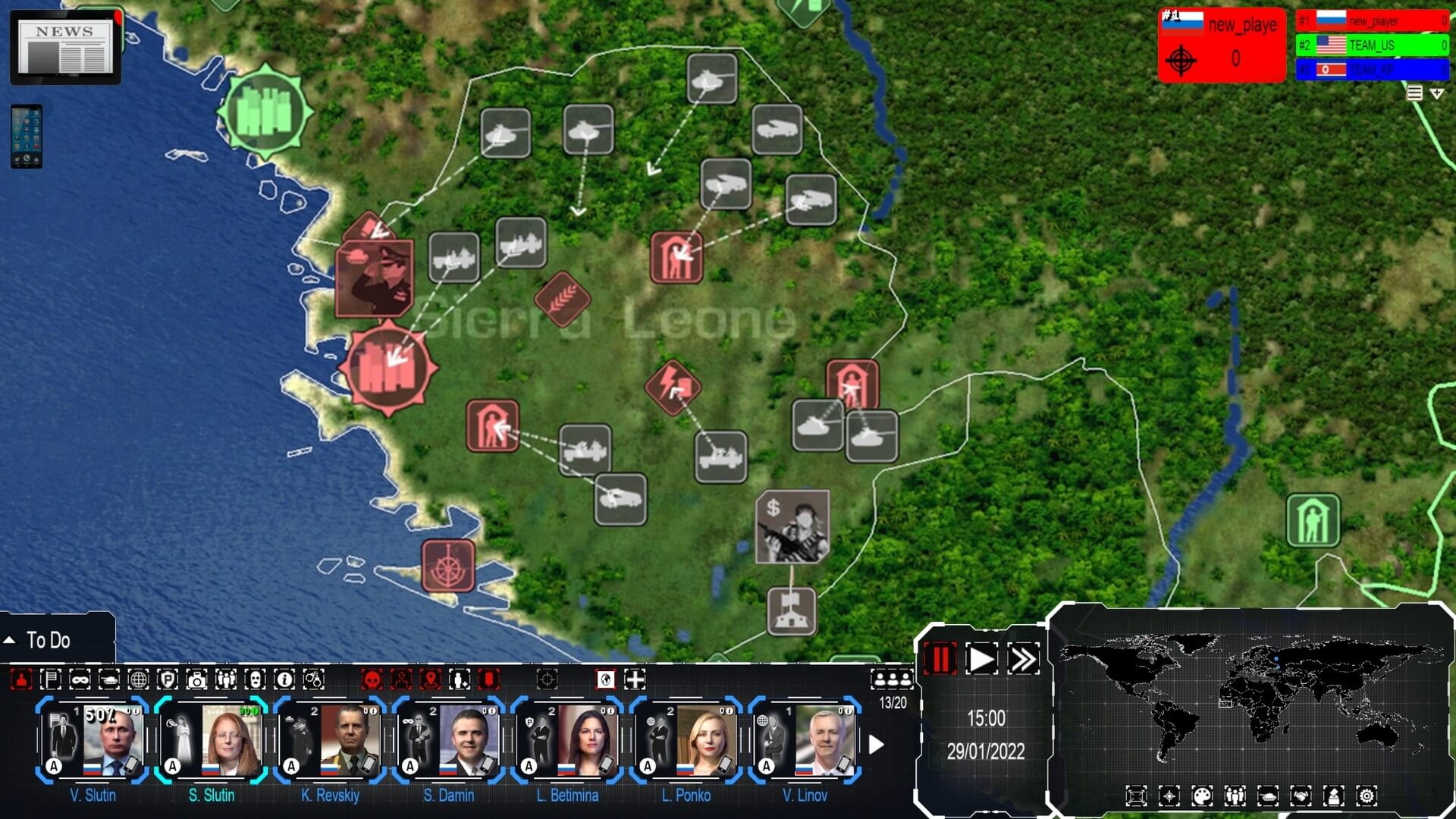 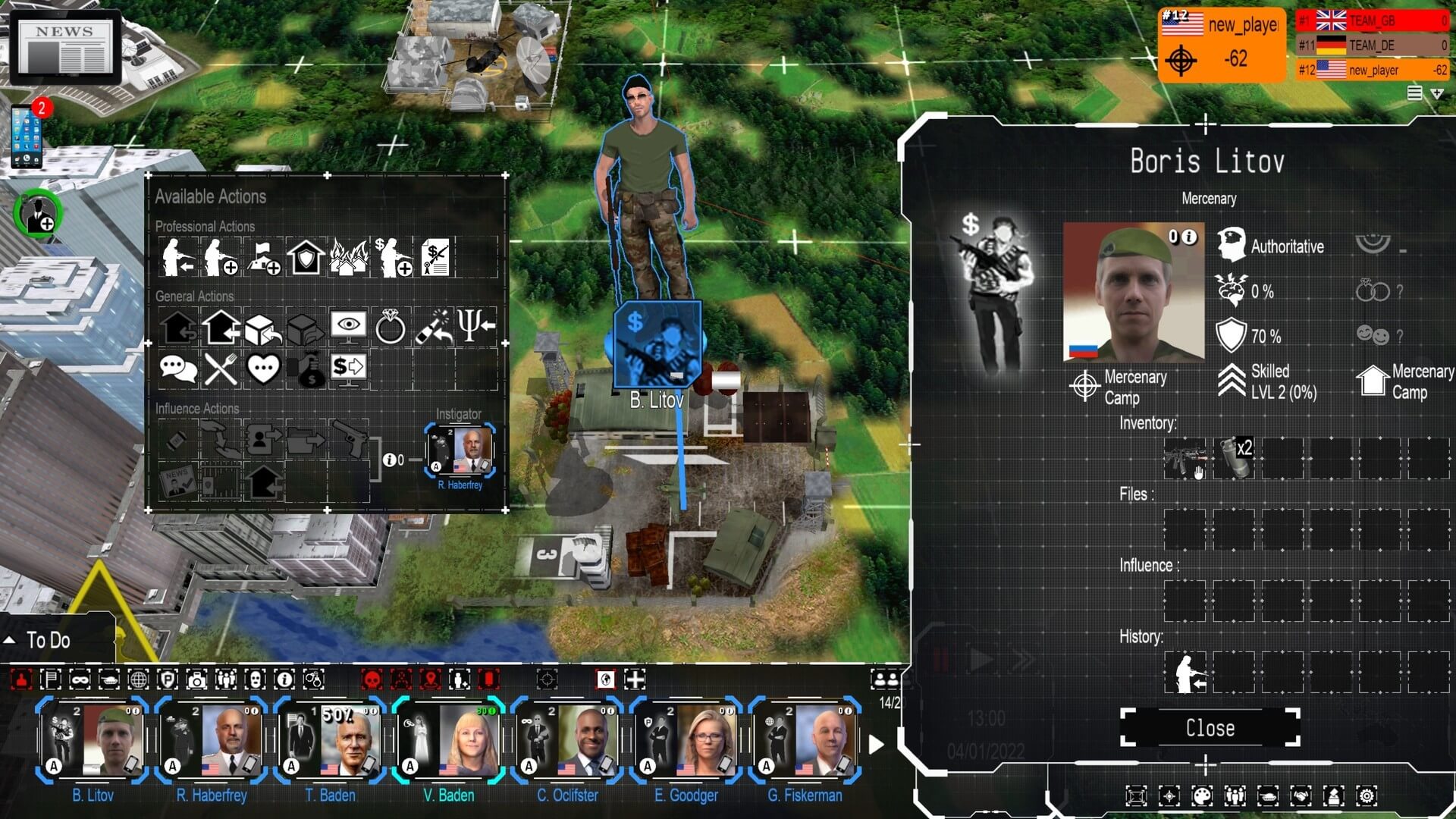 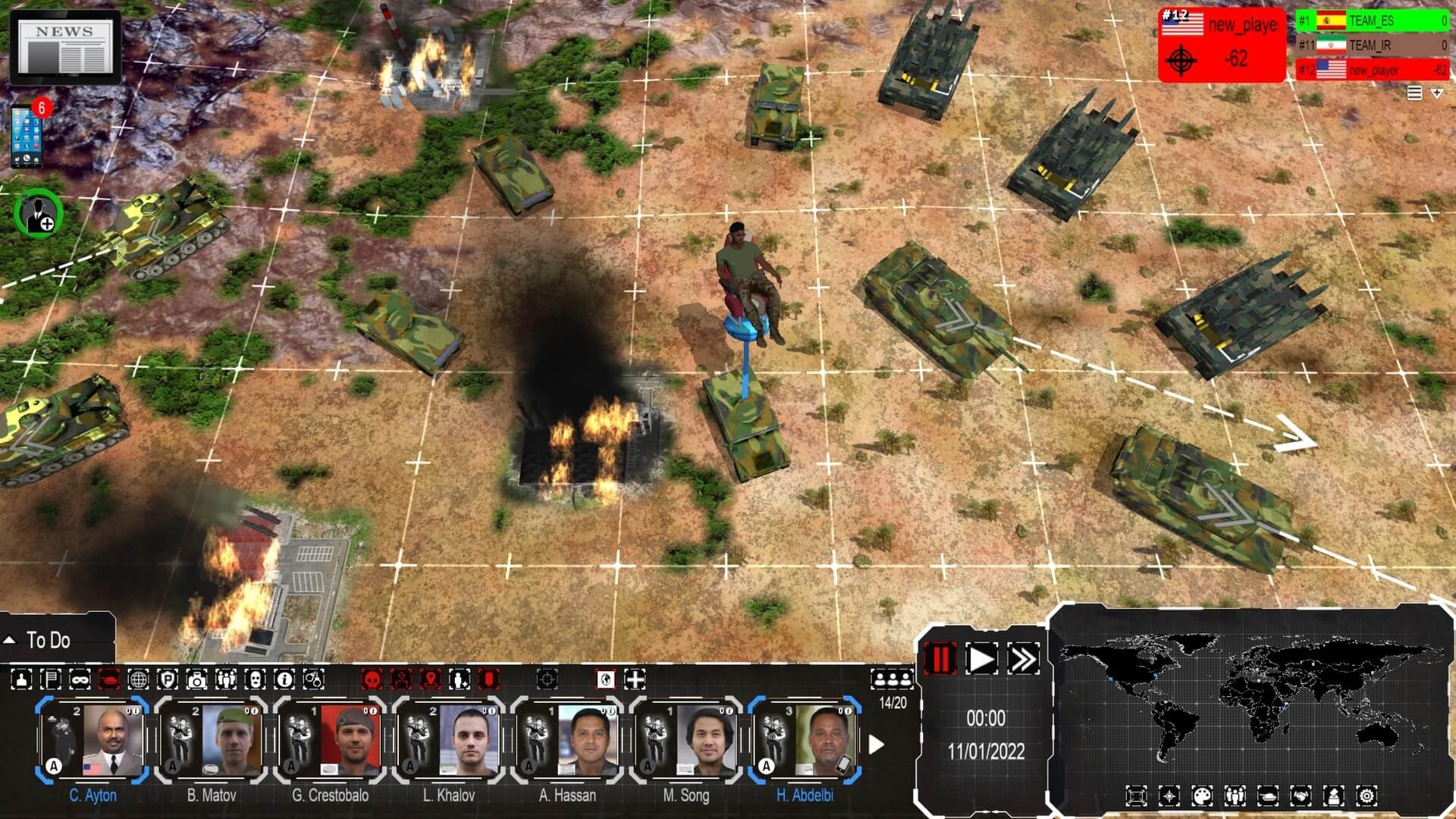 Employ mercenary groups to fortify your national armed forces with battle-hardened professionals. You can also carry out "unofficial" military operations without being held directly responsible by international bodies. But be careful: if you are discovered to be the one giving the orders, it could be disastrous for you.

Violent and feared by all, mercenaries are highly effective in combat. They are equipped with air transport and armored vehicles.

A dozen mercenary groups from various countries can sell you their services in an official capacity or in secret: after finding and contacting one of these groups you can employ them for a period of a few weeks to a few months.

You will control the leader of the mercenary group and can deploy their forces on the ground as you see fit.

The higher the mercenary group's reputation in combat, the more effective in combat they will be but their price will also be higher.

Each group has a secret HQ in their own country. Equipped with military cargo planes, the group can be quickly deployed into various theaters of operations where they can establish temporary camouflaged camps from which they will launch their operations.

But stay vigilant because these groups, motivated solely by money, will sell their services to the highest bidder and your enemies can use them against you!

As the head of the group, the mercenary leader has various specific actions and tactics available:

• move discreetly on the ground

• launch demolition and looting strikes in enemy territory. If they are successful, this will sow terror in the local population.

• If a looting strike against a military base succeeds, the mercenary group will seize some or all of the military equipment that is stored there.

• Go on reconnaissance to reveal all units and buildings hidden along the way. It can also detect the presence of minefields.

• Set up a temporary camouflaged camp anywhere on the ground to serve as a base of operations.

• New class of characters available in the game.

• A new reputation system for mercenary groups that affects the price of their services, the number of troops and the quality of their equipment. Mercenaries can increase their reputation by fighting for various nations to become more powerful and more feared

• The head of a mercenary group can use specific weapons: assault rifles or rocket launchers with a self-guidance system

• New faces and new dialog for a complete immersion in the world of military operations.