The city builder strategy game Imperium Romanum is set in the time-honoured Roman Empire. As governor of a Roman province, you will devise a strategy to build a well organised, prosperous and commanding settlement. Its fortune very much lies in your own hands. 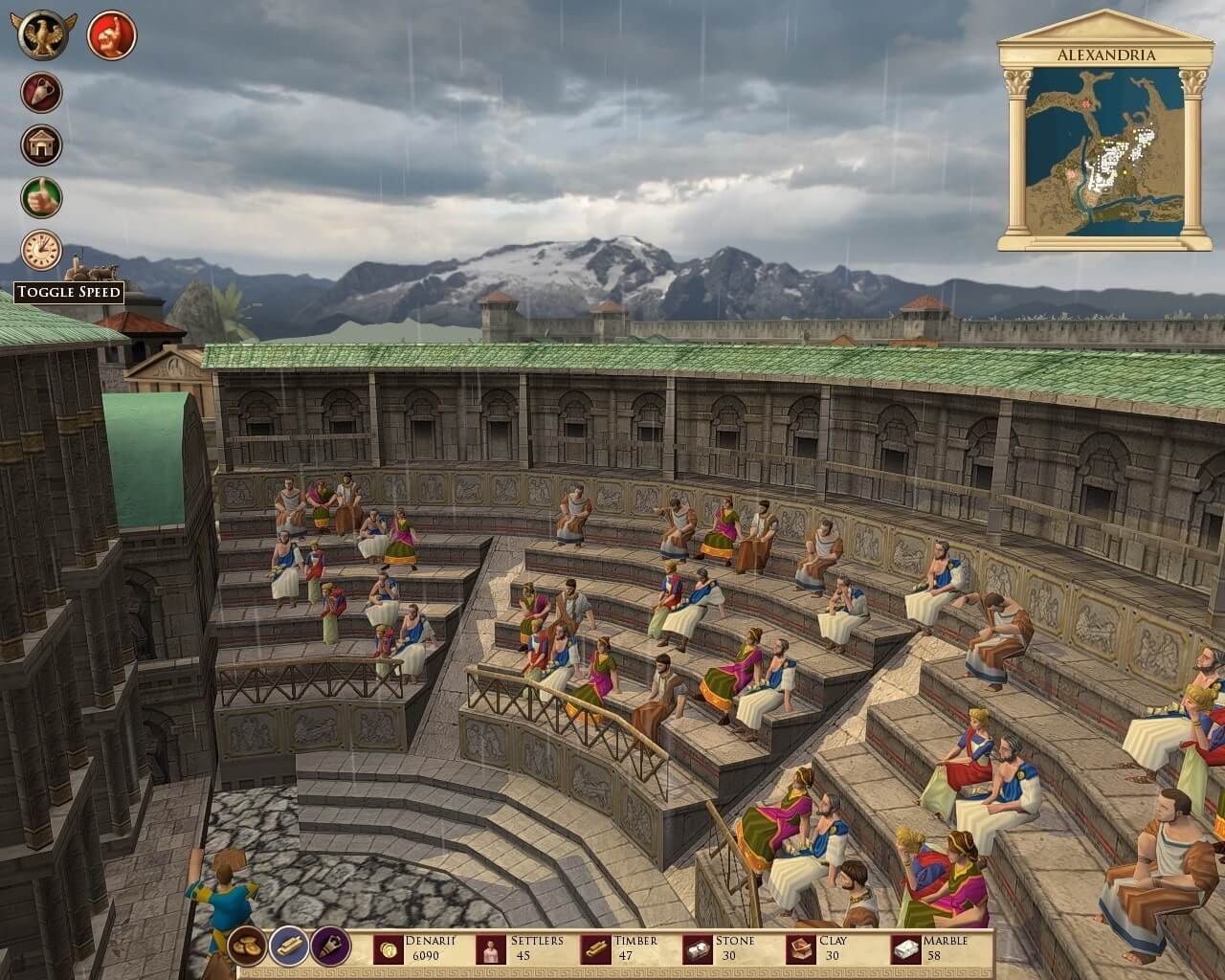 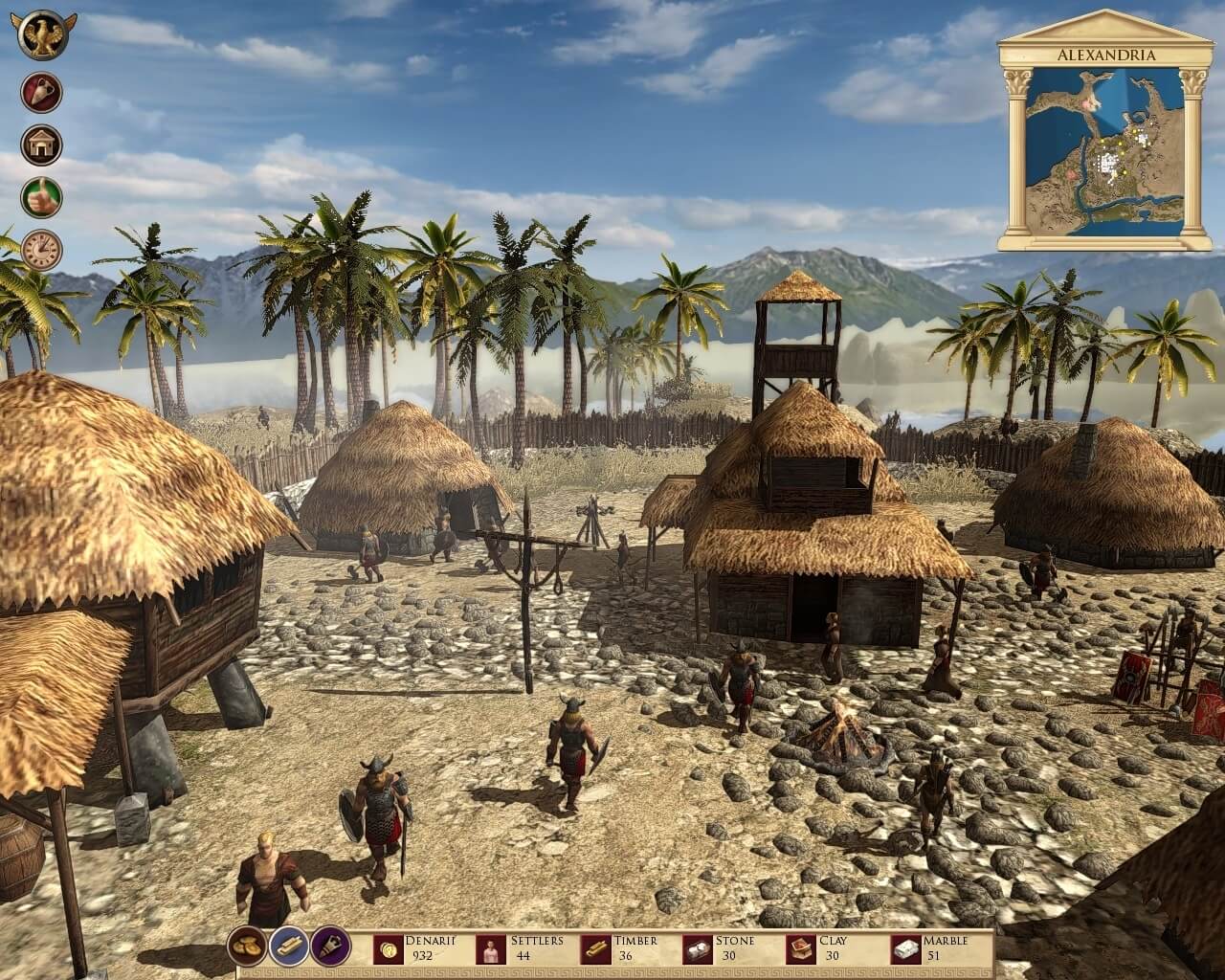 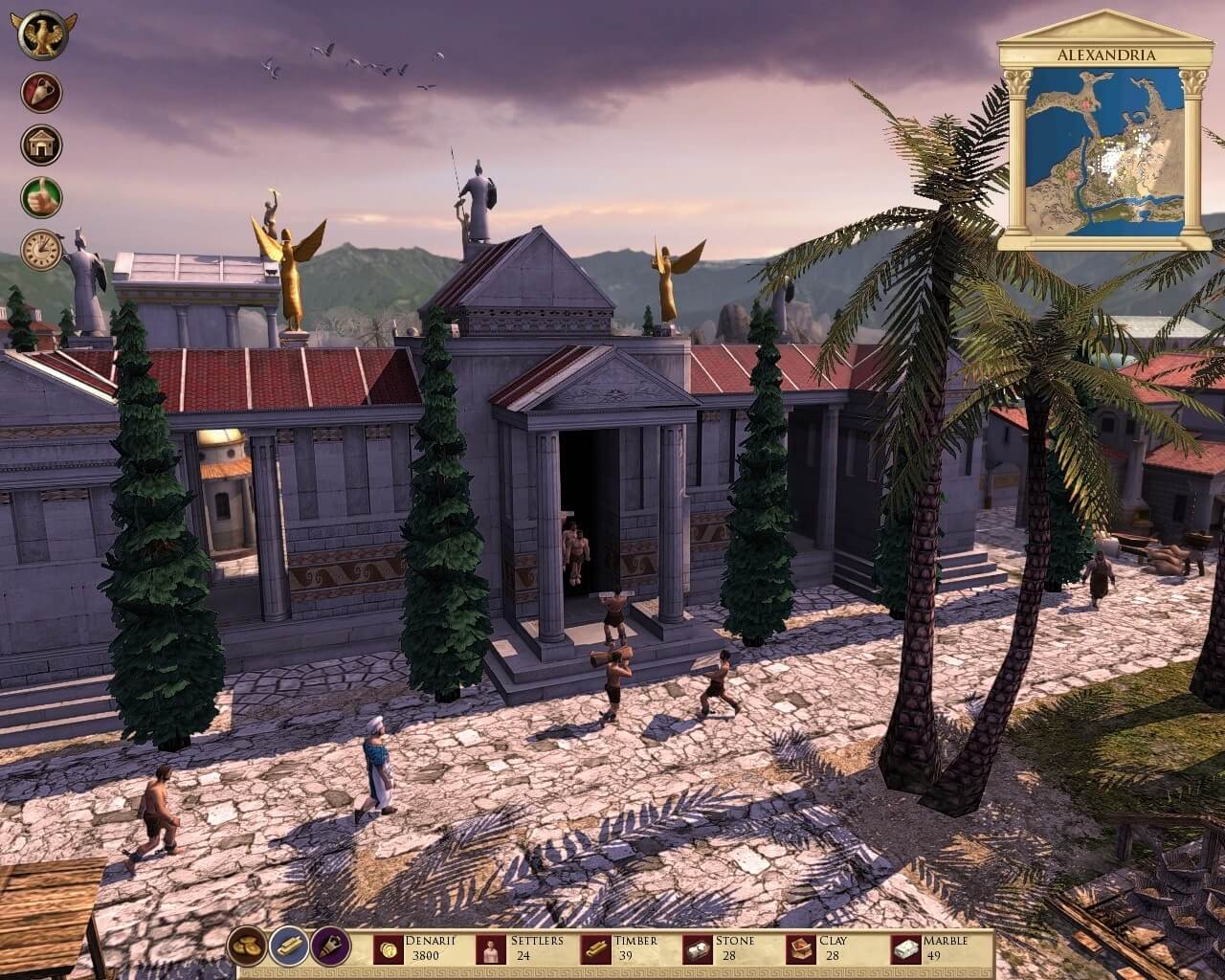 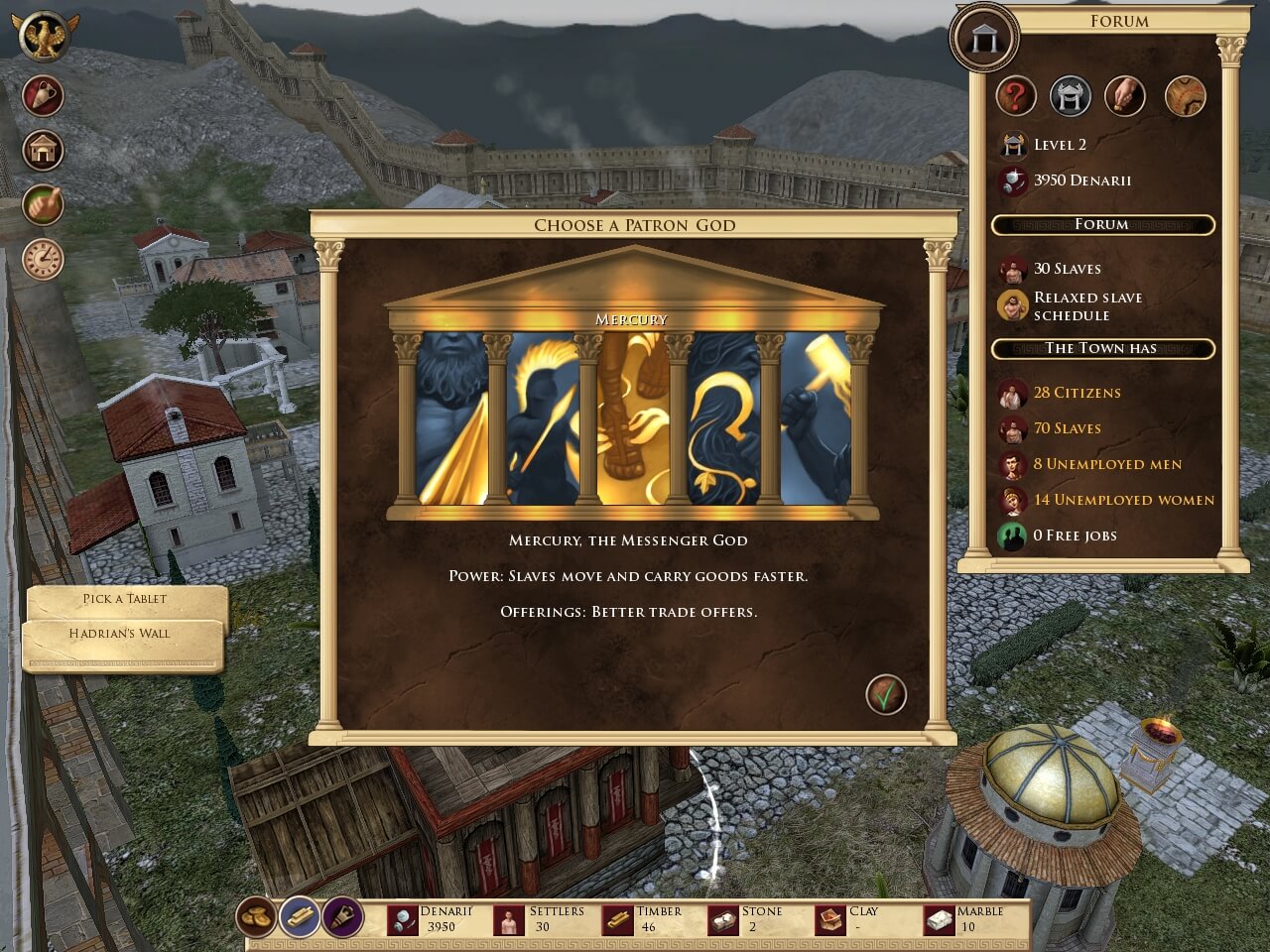 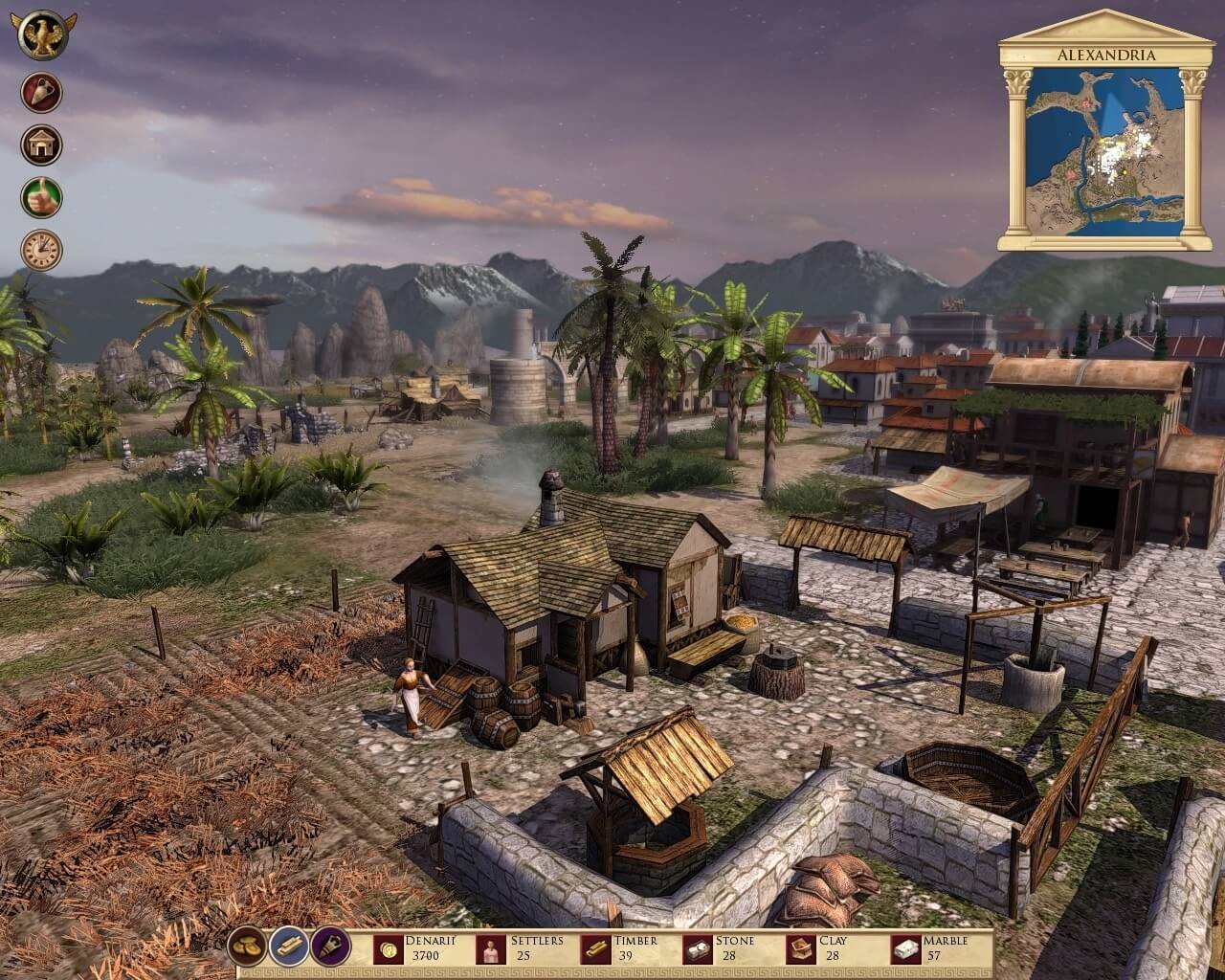 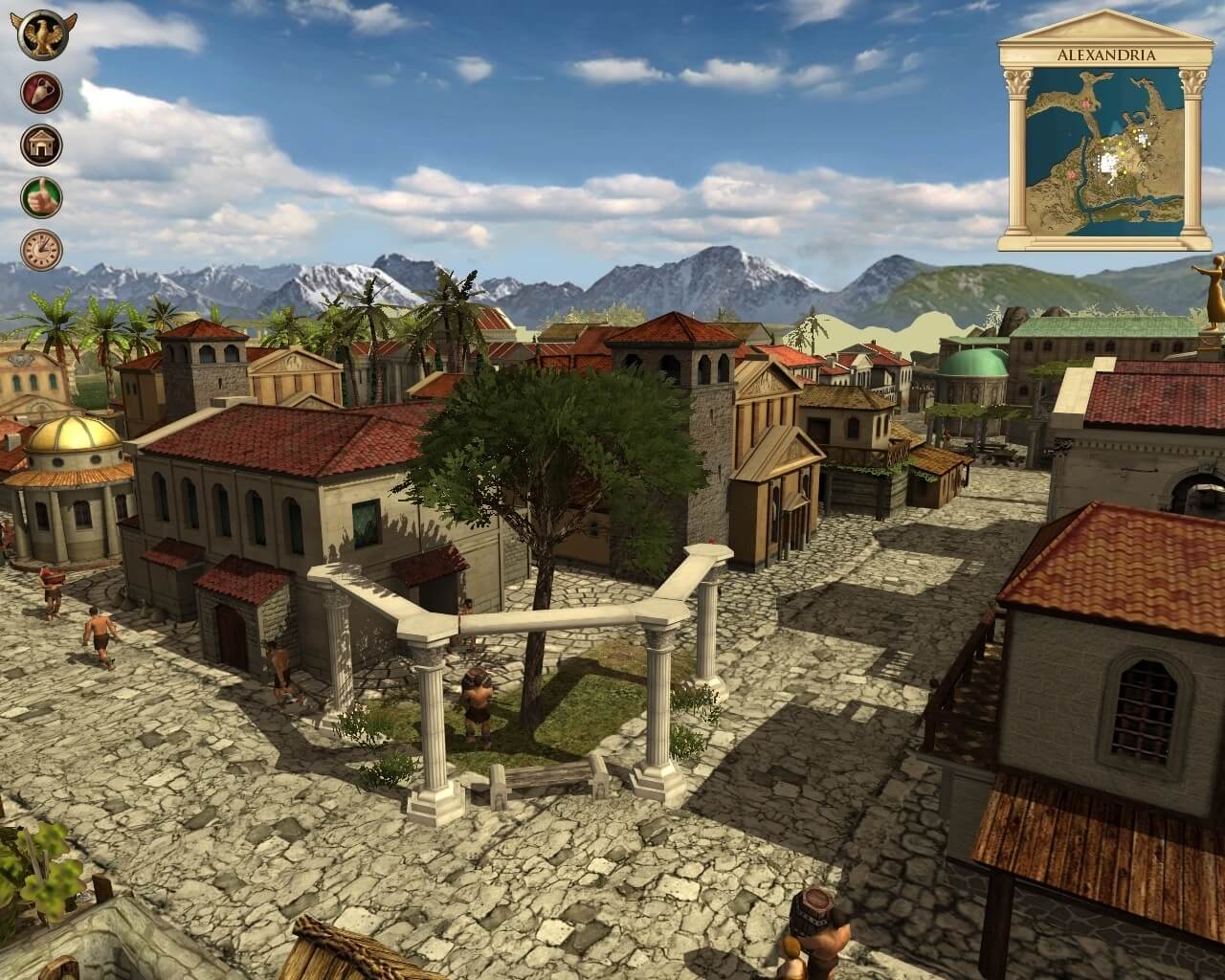 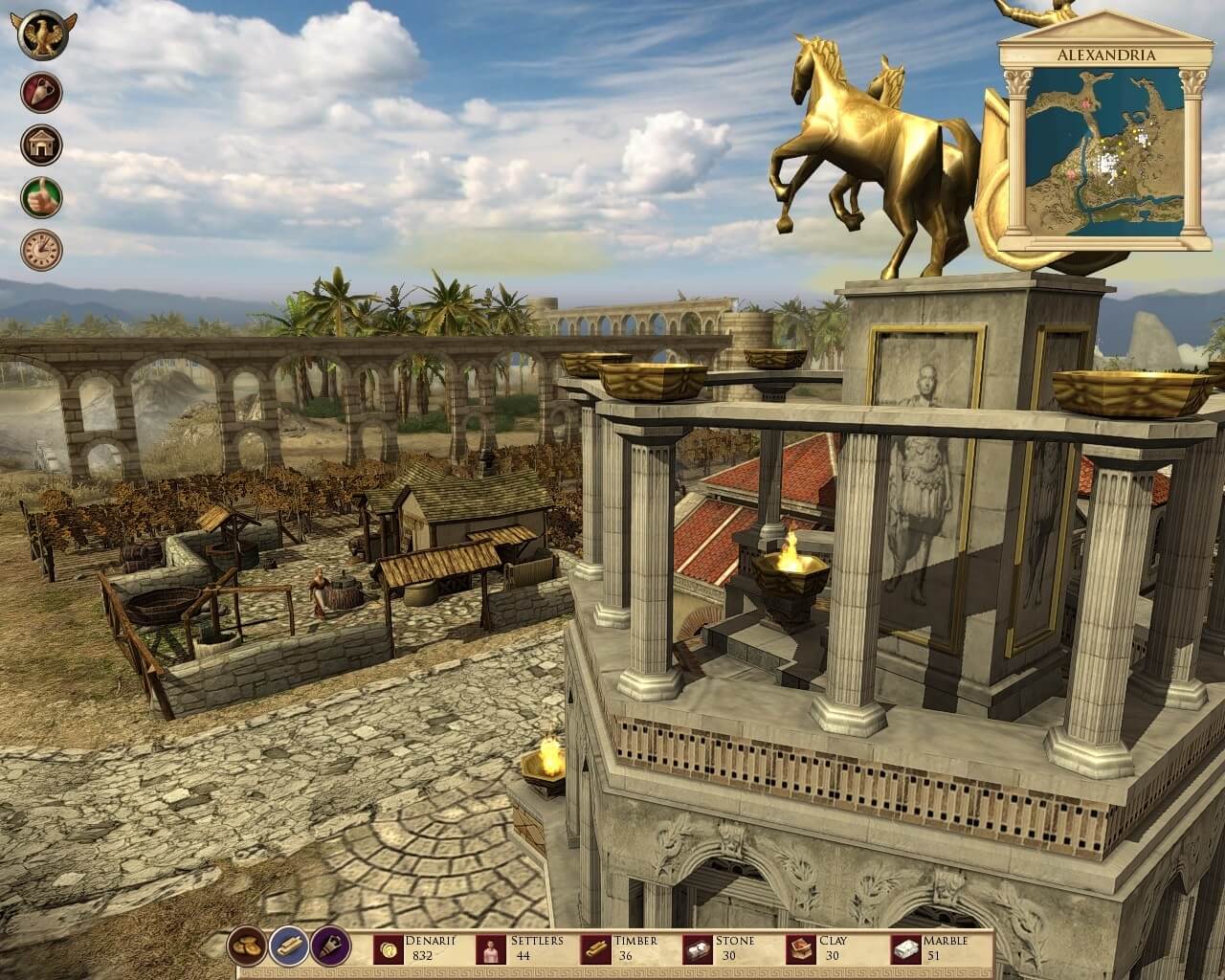 The city builder strategy game Imperium Romanum is set in the time-honoured Roman Empire and players will marvel in the incredible attention to detail when working on a strategy to build a well organised, prosperous and commanding settlement. As governor of a Roman province, the fortune very much lies in the players own hands.

Imperium Romanum is packed with a variety of new features to enhance the gameplay such as a complete overhaul of the graphic engine, a mass of authentic historical buildings such as the world famous Circus Maximus or Gladiator schools.

The Emperor Expansion pack takes the player to voyage through ancient history, from cold Britannia via the wild forests of Germania to the fertile Nile Delta in Cleopatra's Egypt.

19 challenging, new scenarios at historic places such as Aquae Sulis (Bath), Hadrians Wall, Massilia or Treverorum will require all your comprehensive economic and strategic leadership abilities to succeed. Not only your competence, but also your exposure with religion and the Roman deities like Jupiter or Venus will play an important role to accomplish your mission as a Roman governor.

Will you be able to earn the mercy of the gods and rule the empire successfully?

- Interactive mission-mode: Activate each task when you want

- Religion and 5 deities influence the gameplay

- Includes all prior released value packs and patches