Smash, brawl and score your way to victory in relentless, high-adrenaline PvP arena battles for 1-4 players. Master the HyperCurve and channel the HyperForce to become the greatest hero in the universe. 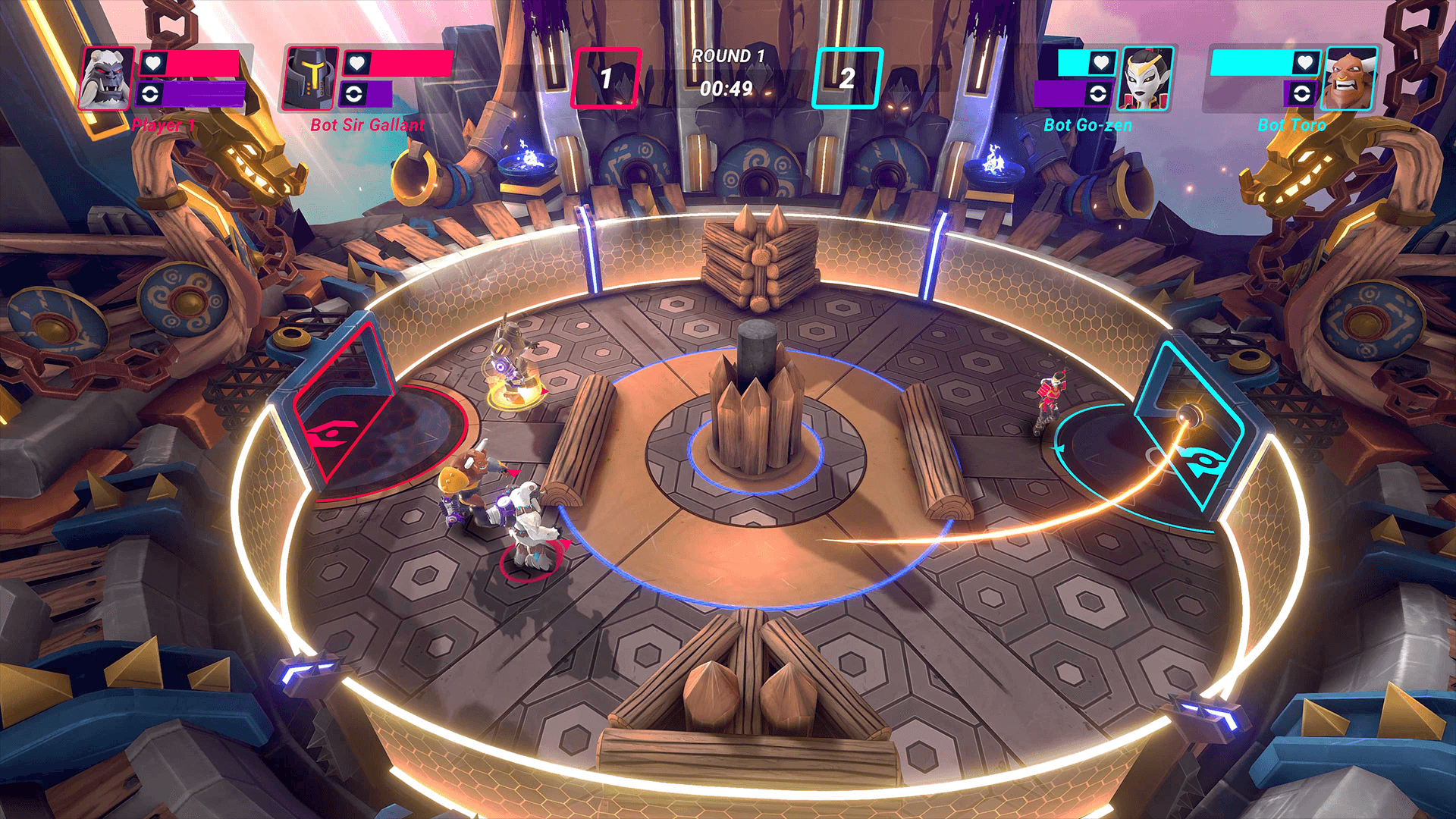 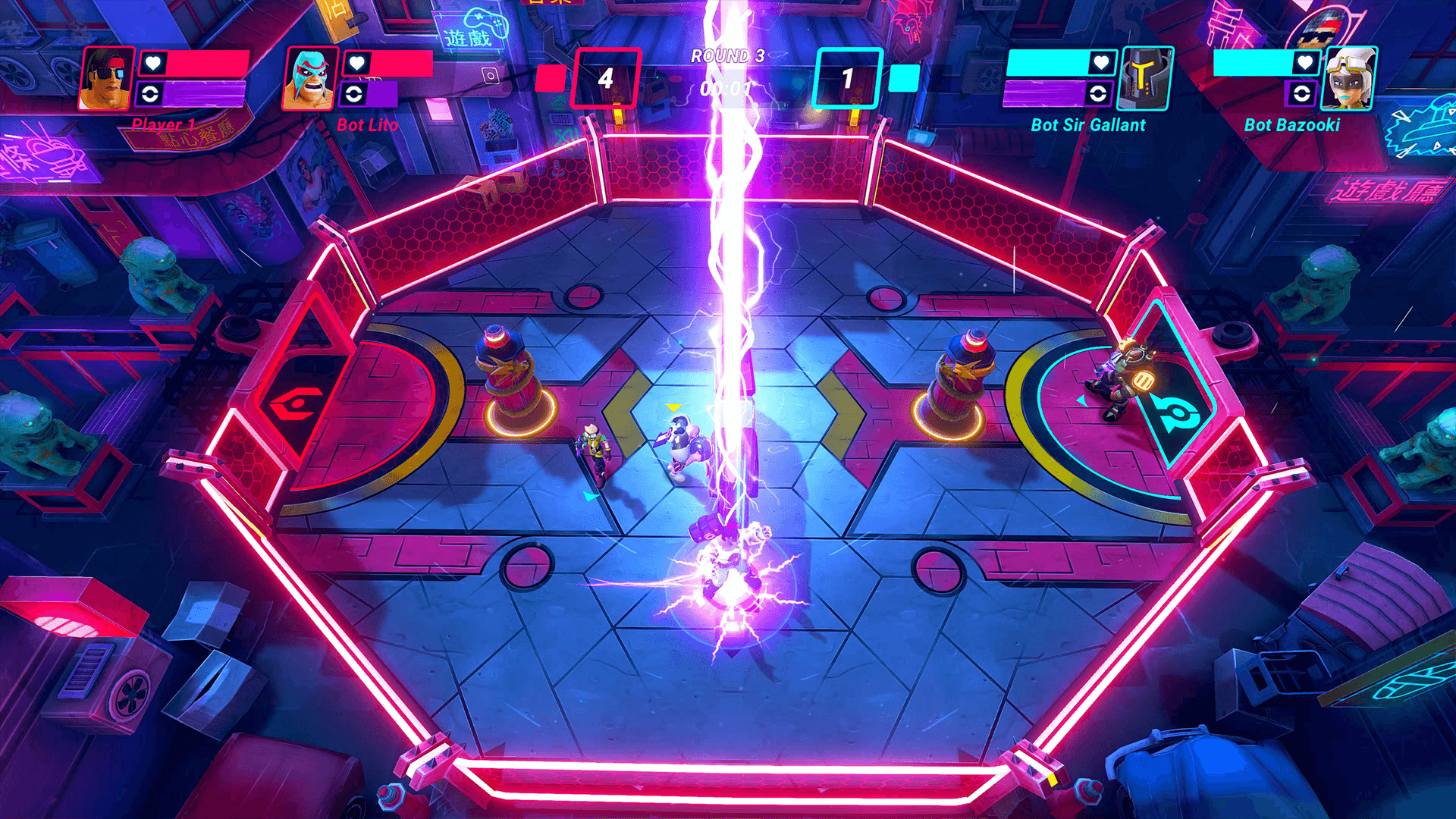 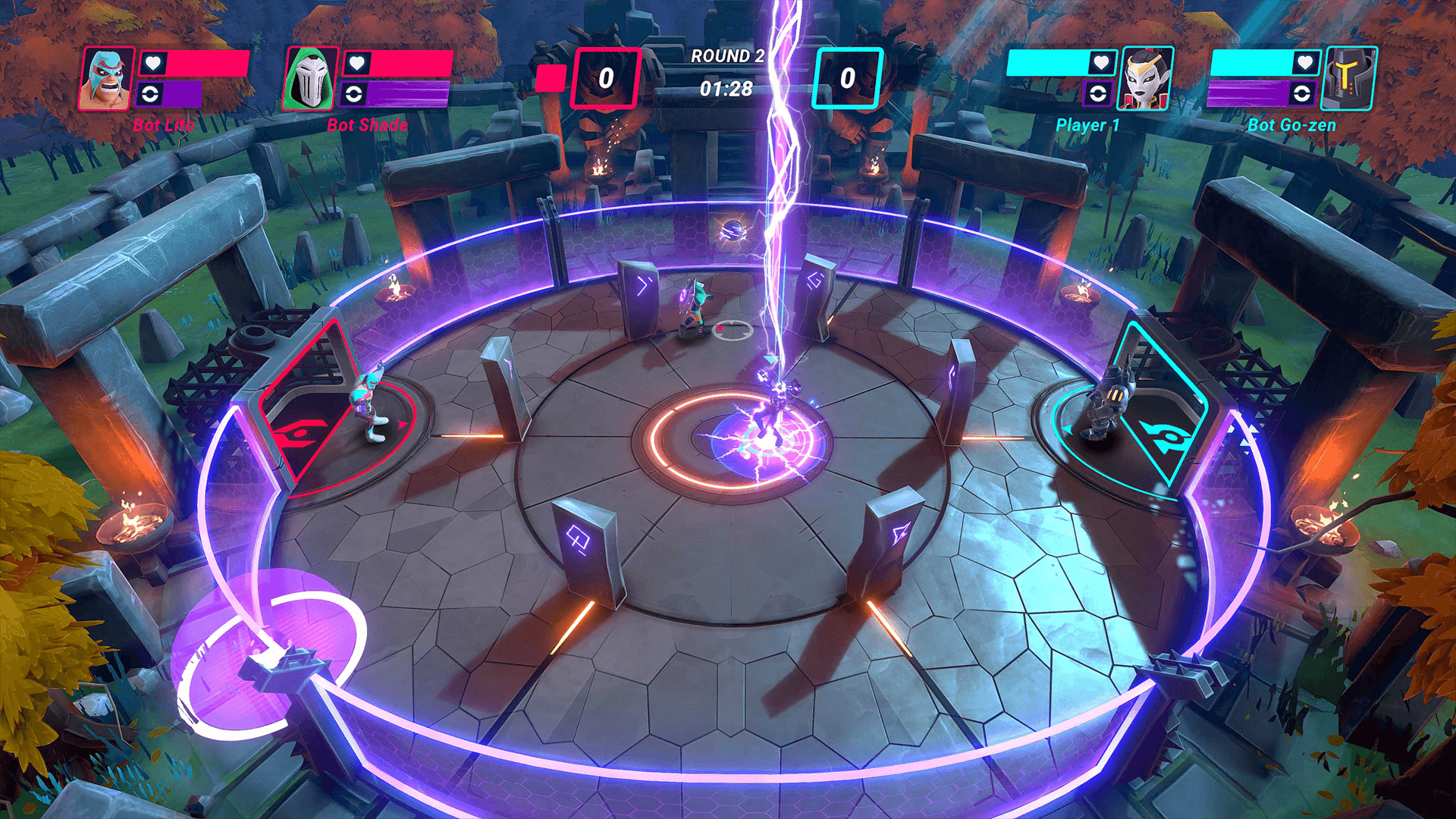 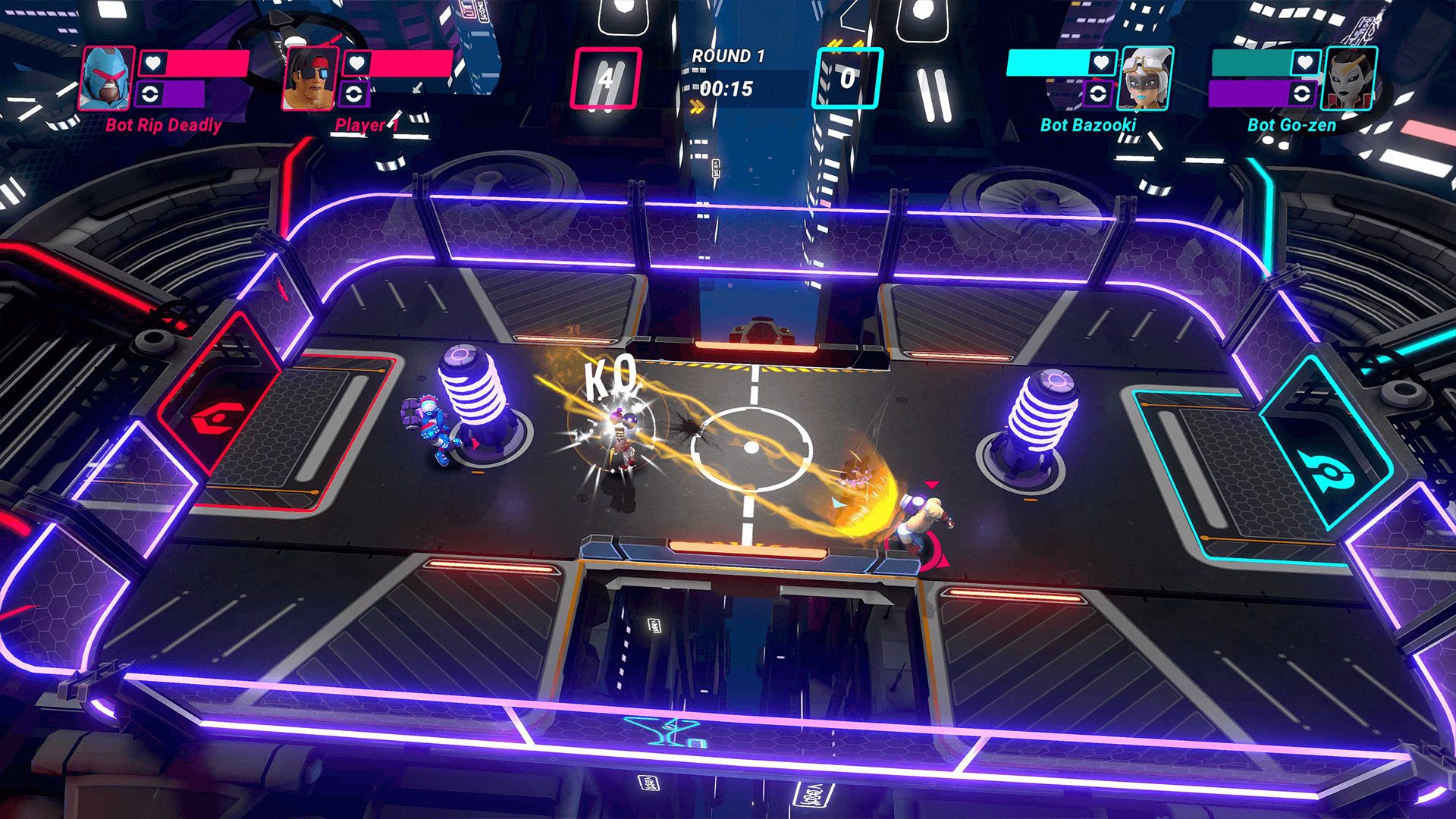 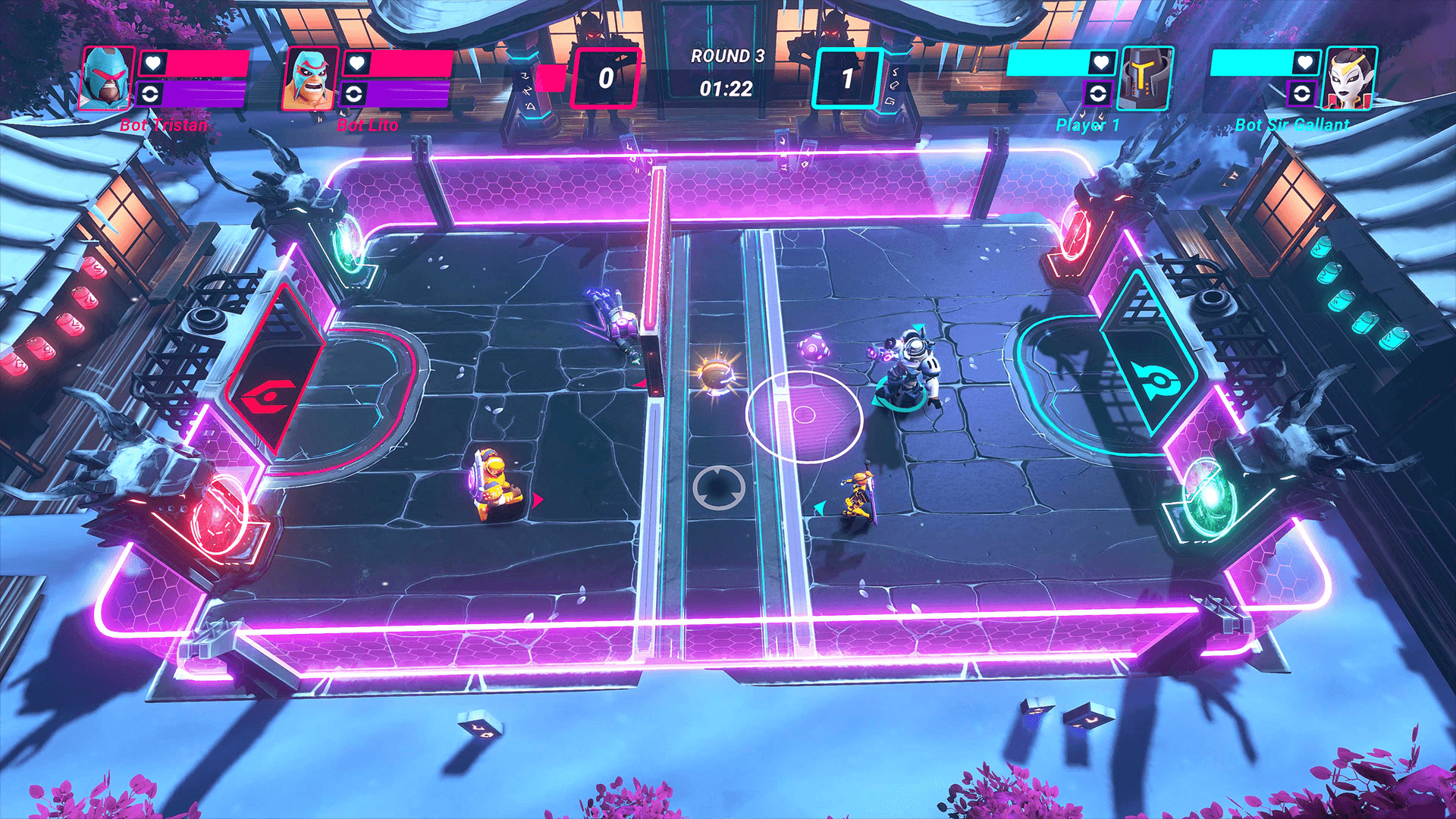 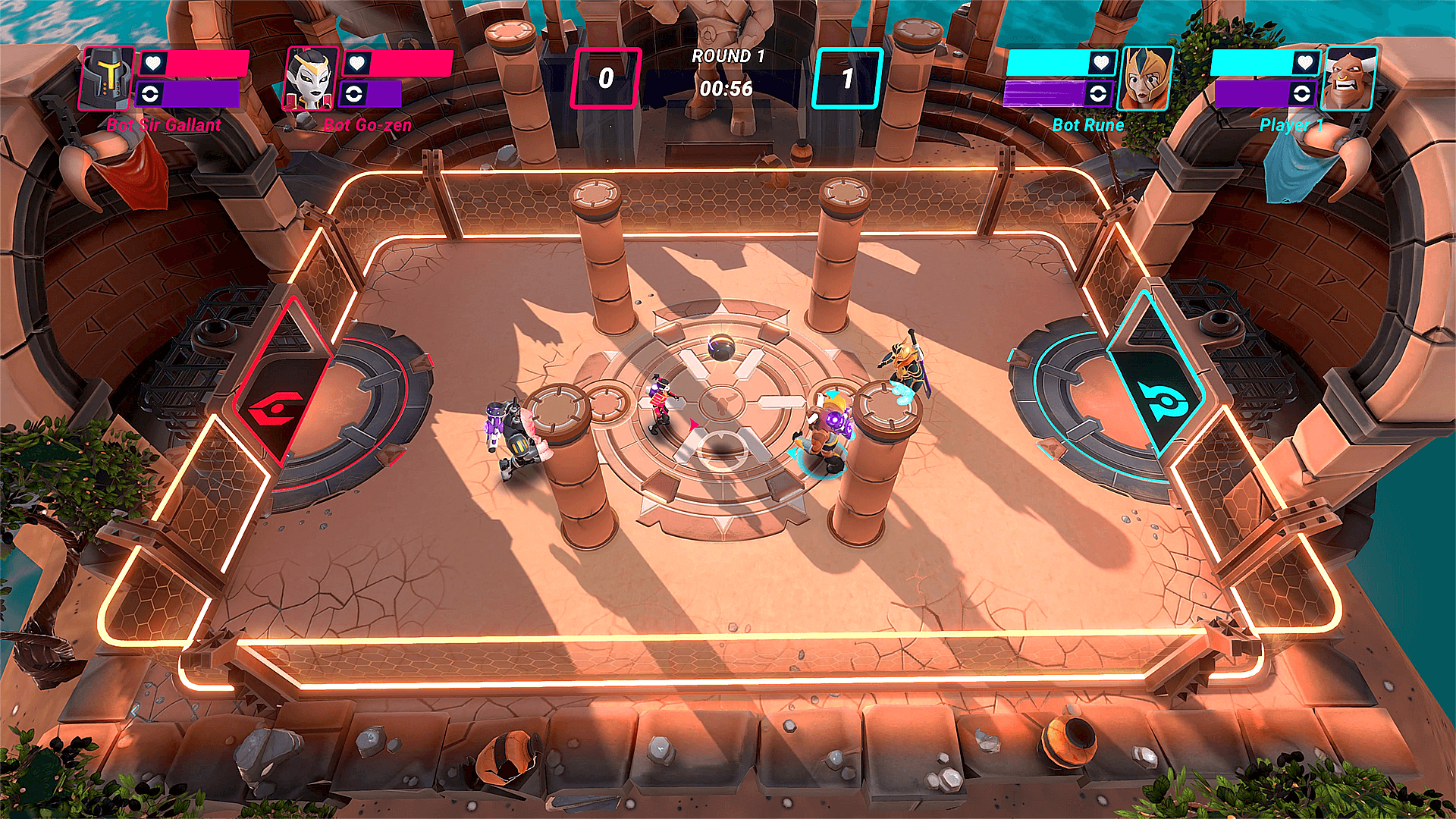 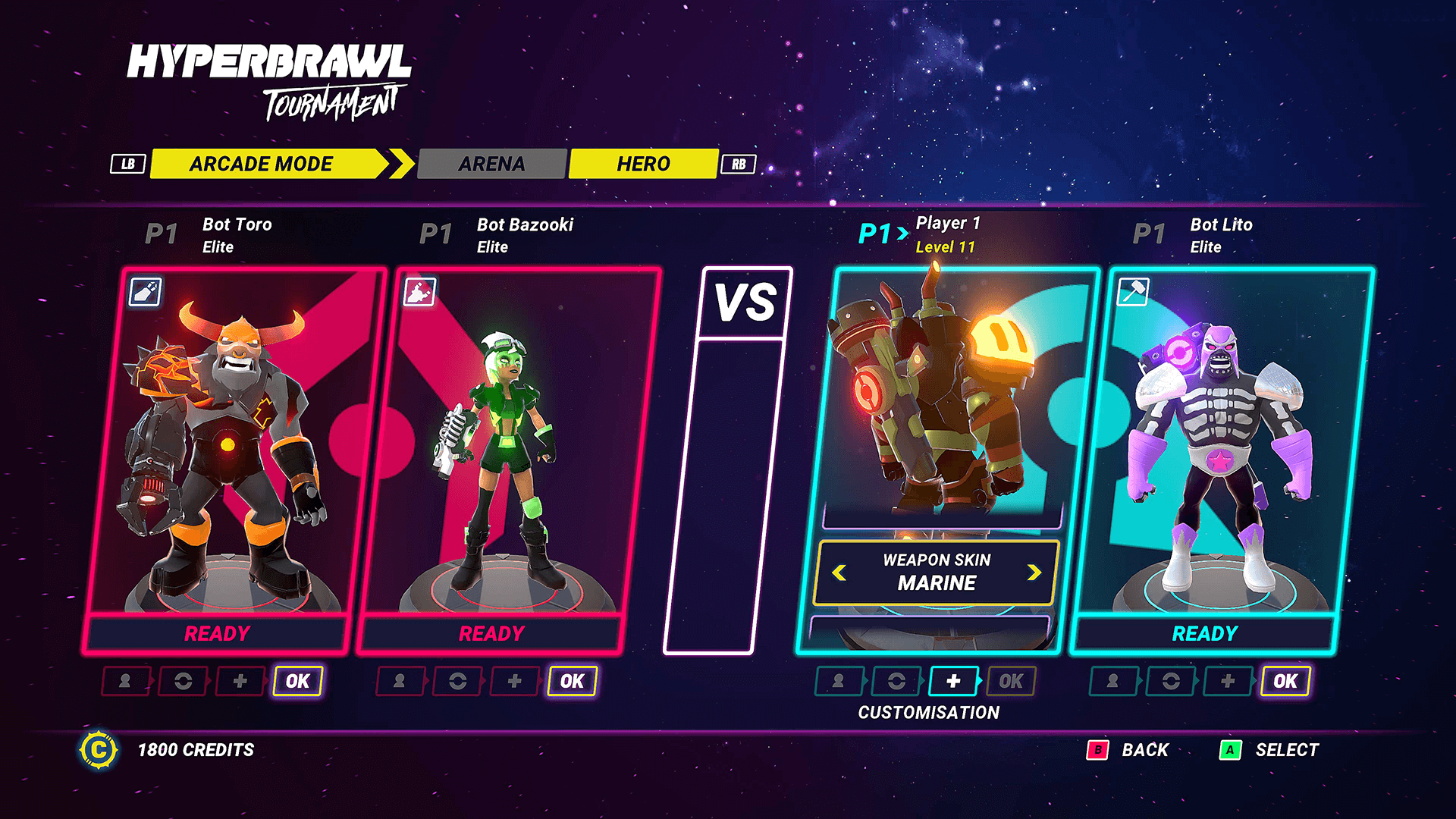 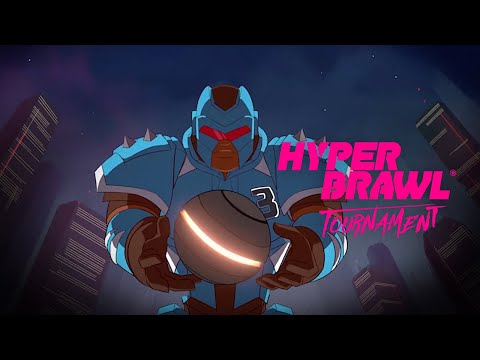 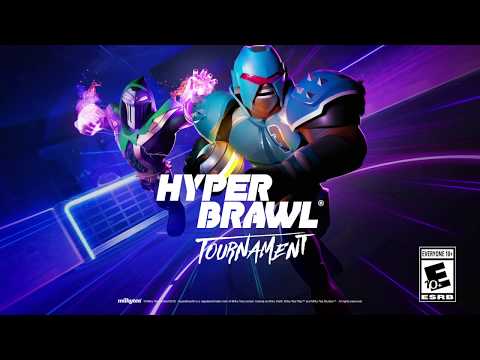 Smash, brawl and score your way to victory in relentless, high-adrenaline PvP arena battles for 1-4 players. Master the HyperCurve, channel the HyperForce and create your legend to become the next protector of the Universe.

The universe’s greatest heroes have been summoned to compete in a showdown for the ages; the legendary HyperBrawl Tournament! Armed with unique weapons and a thirst for glory, take to battle-tested arenas in this 1-4 player arcade-style sports brawler played locally or online.

Only the universe’s elite champions can summon this incredible skill. The HyperCurve lets you seize control of the ball mid-flight to ‘magically' manoeuvre it around the opposition and obstacles to score legendary goals that could only happen in HyperBrawl.

The fabled HyperForce runs through your very DNA, channel it to launch game changing attacks that can literally see your enemies shot out of the arena with its devastating power.

Already fabled heroes of their own worlds, competitors are drawn across the furthest realms to compete in the HyperBrawl Tournament. Choose from 12 heroes in three classes and load them out with lethal weaponry combos and paint their armour for victory.

Travel the vast expanse of time and space to HyperBrawl arenas from the home planets of the heroes themselves. Take in Chrome City’s elevated stadium with its Cyberpunk stylings, the ancient stadium of Steelhenge or the demonic Court of Azdritch. Each arena is laden with perilous obstacles and traps that layer more challenge and unpredictability into every game.

Take on the Campaign Mode and begin your ascent to becoming a legend in the Galaxy League where you will face off every hero in the Tournament. Then go for more accolades in the Cosmic Cup. Or plunge into the multiplayer madness that is Blitz mode - competing with players from around the world to become the ultimate HyperBrawl Champion and forge your legend across the stars!

• End-to-end 1-4 player sports brawl action - jump into local or online matches with friends, family or foes from around the world in quick-fire 90 second rounds.

• Master the myth of the ‘HyperCurve' to direct the ball mid-flight and score insane goals.

• Channel the game-changing HyperForce when you most need it to brutally hurl opponents out of the arena.

• Match your play style with 12 of the universe's greatest heroes each with distinct skills and attributes across three classes; ‘Swift', ‘Core’ and ’Tank'.

• Master the HyperBrawl in 12 varied arenas spread across the universe each loaded up with dynamic obstacles, from portals and risers to moving floors that make each match even more unpredictable.

• Equip your hero with one of 8 game changing weapons! Wield the earth-shattering Hammer, bring your opponents closer with the Grapple Gun, or rain hell from above with the Boost Bomber!

• CAMPAIGN – Challenge for glory in the single-player campaign mode. Conquer the Galaxy League and the Cosmic Cup to become the greatest team in the universe.

• BLITZ – Compete online with players across the world for the ultimate accolade – ‘The HyperBrawl Champion!’ The longer the win streak, the greater the rewards from cups to Artifacts.

• PRIVATE MATCH – Create or join a match online to prove yourself amongst your friends and reign over them with your superior HyperBrawl skills.

• Play to your strengths with three difficulty levels, Novice, Pro and Elite

• As fun to watch as it is to play, HyperBrawl Tournament is the perfect, super competitive, PvP party game.