Guns, Gore & Cannoli - An over-the-top, comical and fast-paced action game with hand-drawn graphics set in the Roaring Twenties. An all-you-can-shoot fest where you embody Vinnie, a mobster with a mission in a city controlled by gangsters and plagued by zombies. Featuring up to 4-man local co-op. 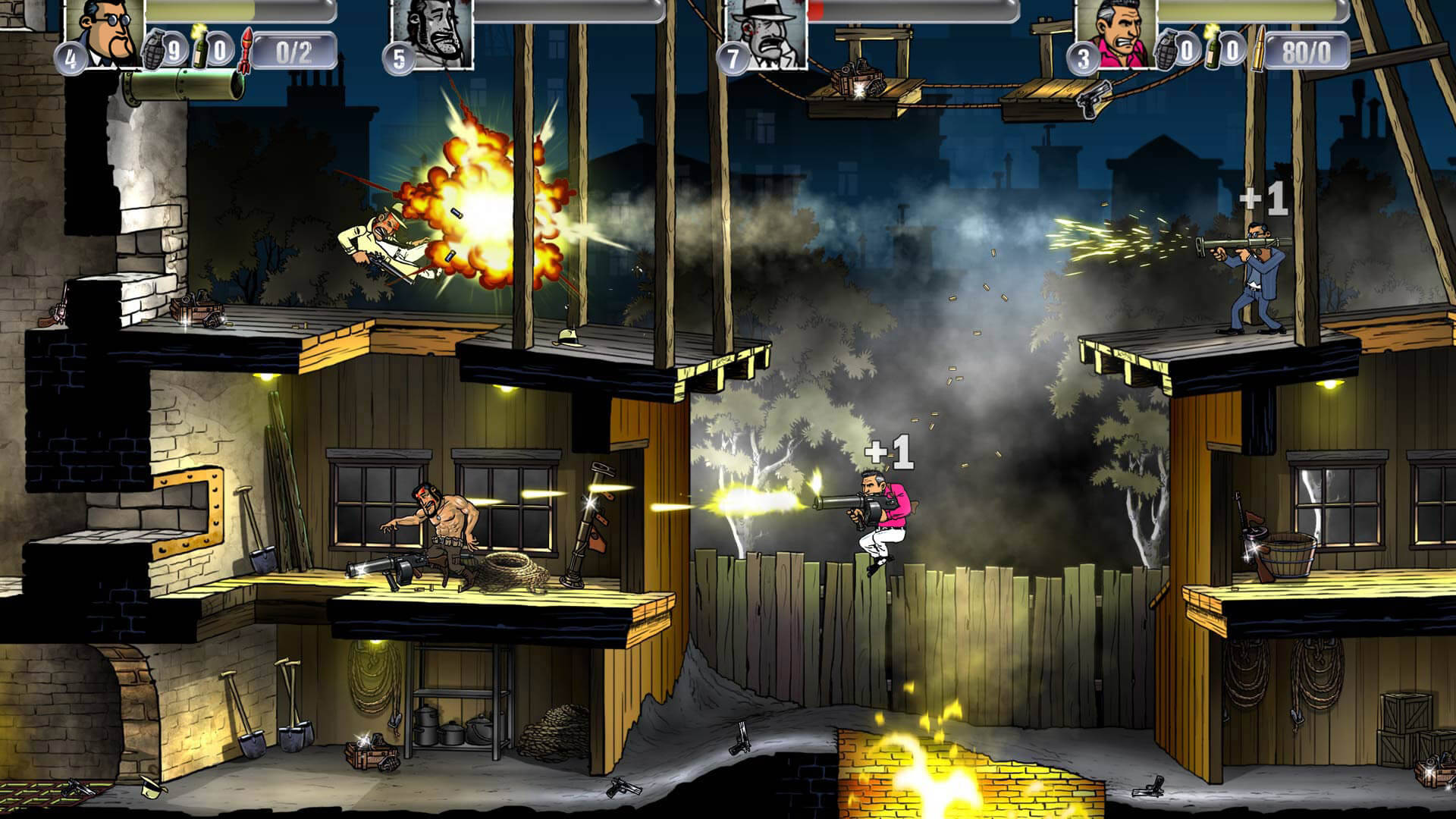 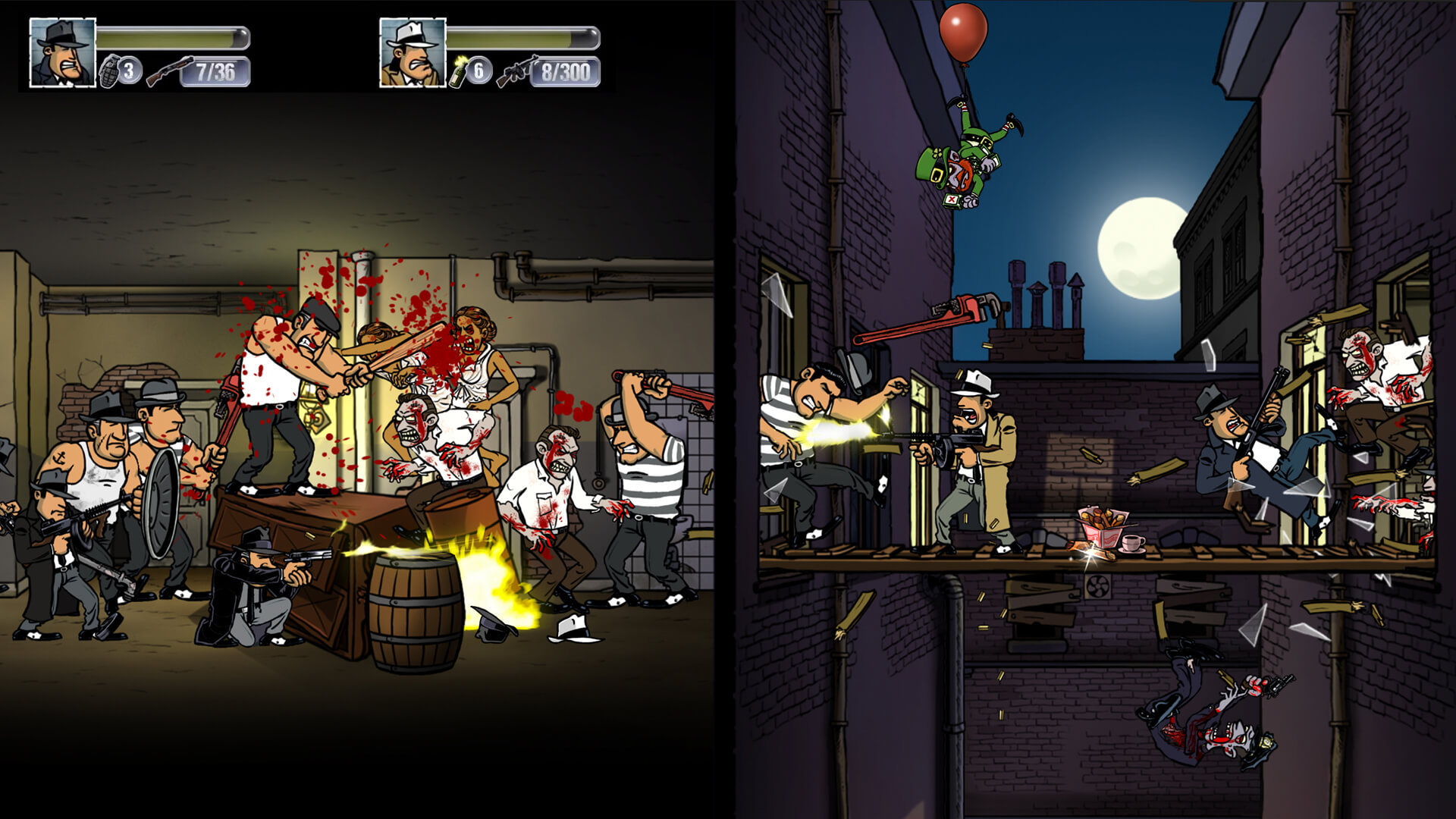 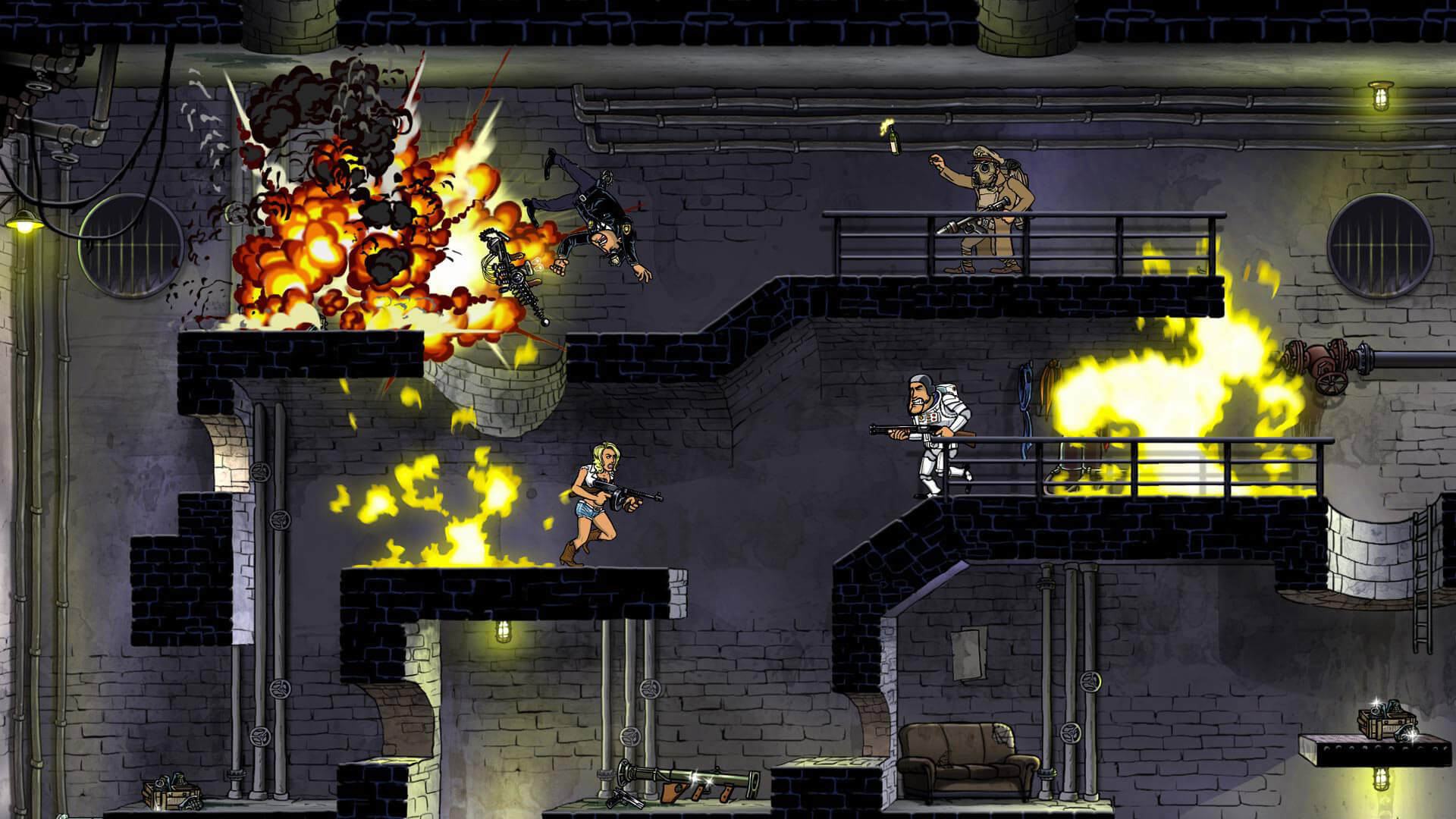 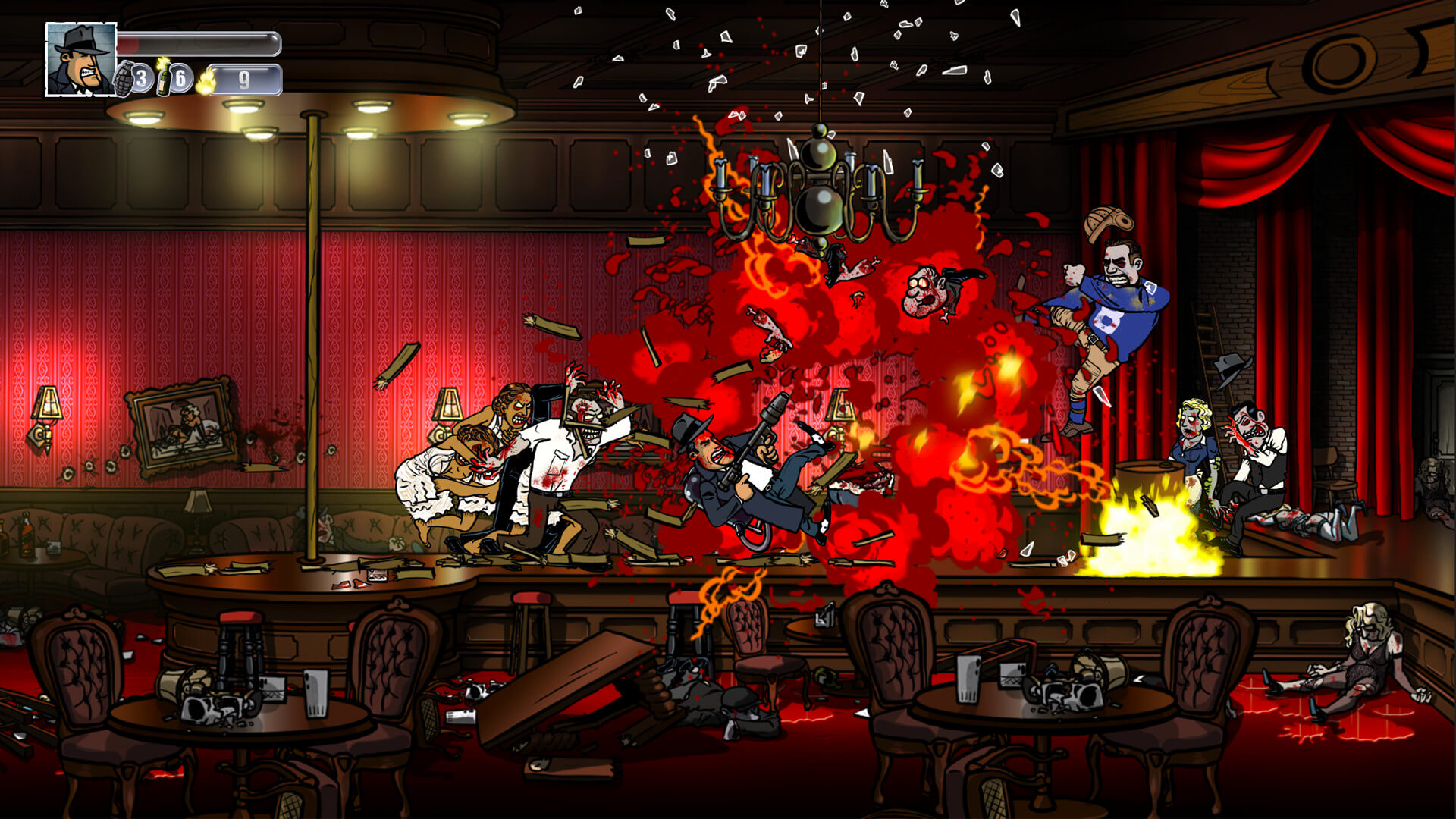 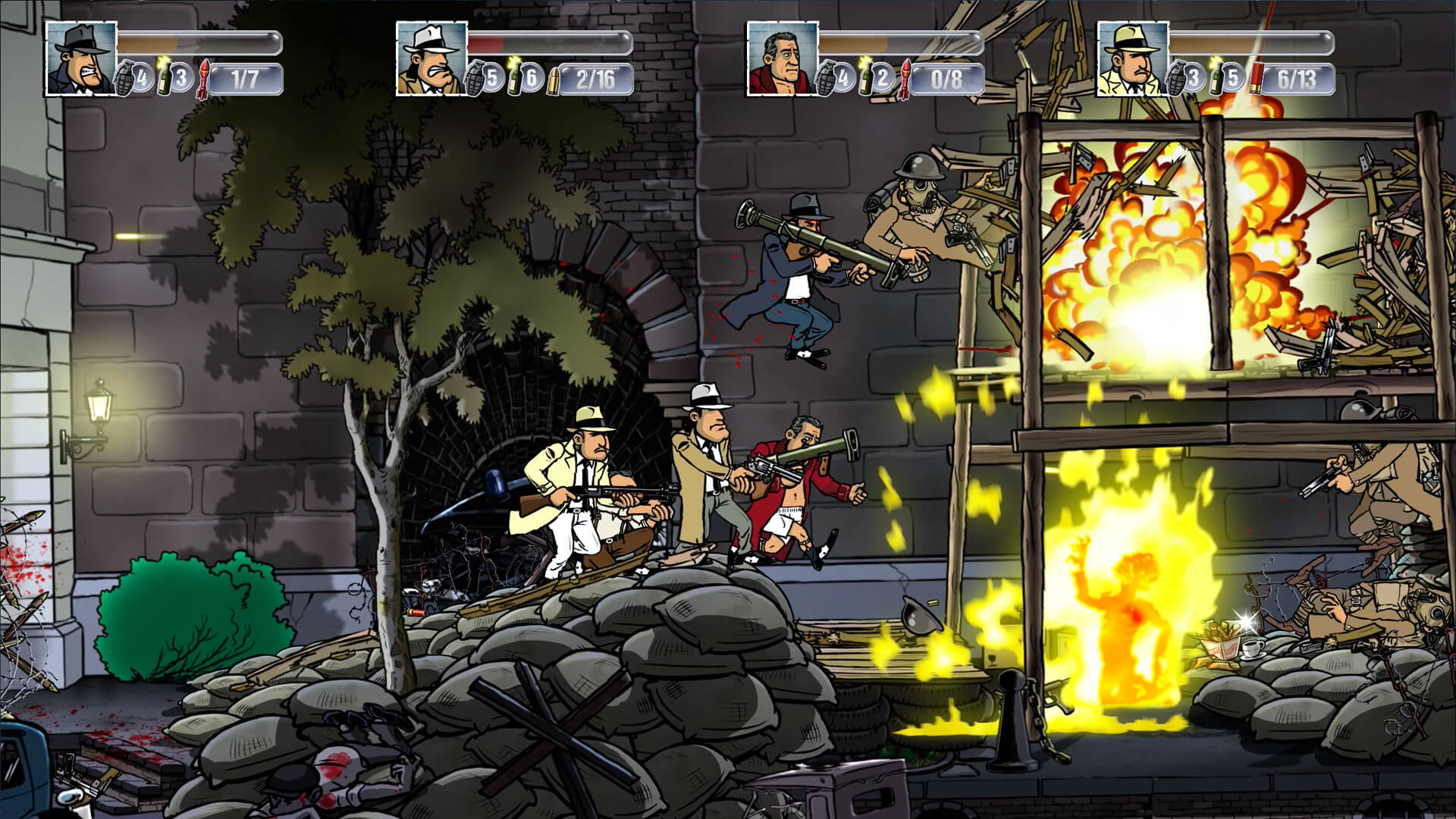 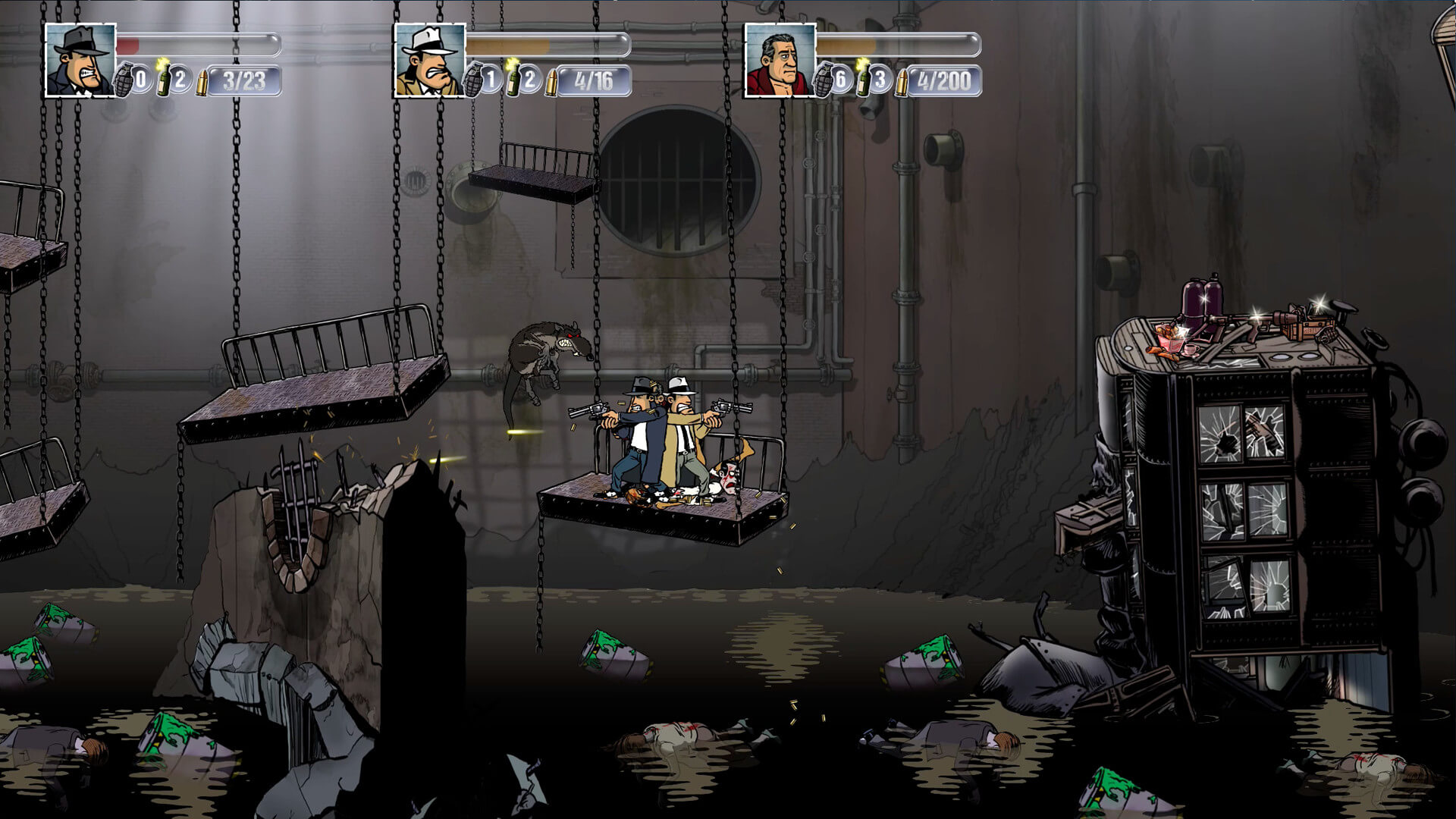 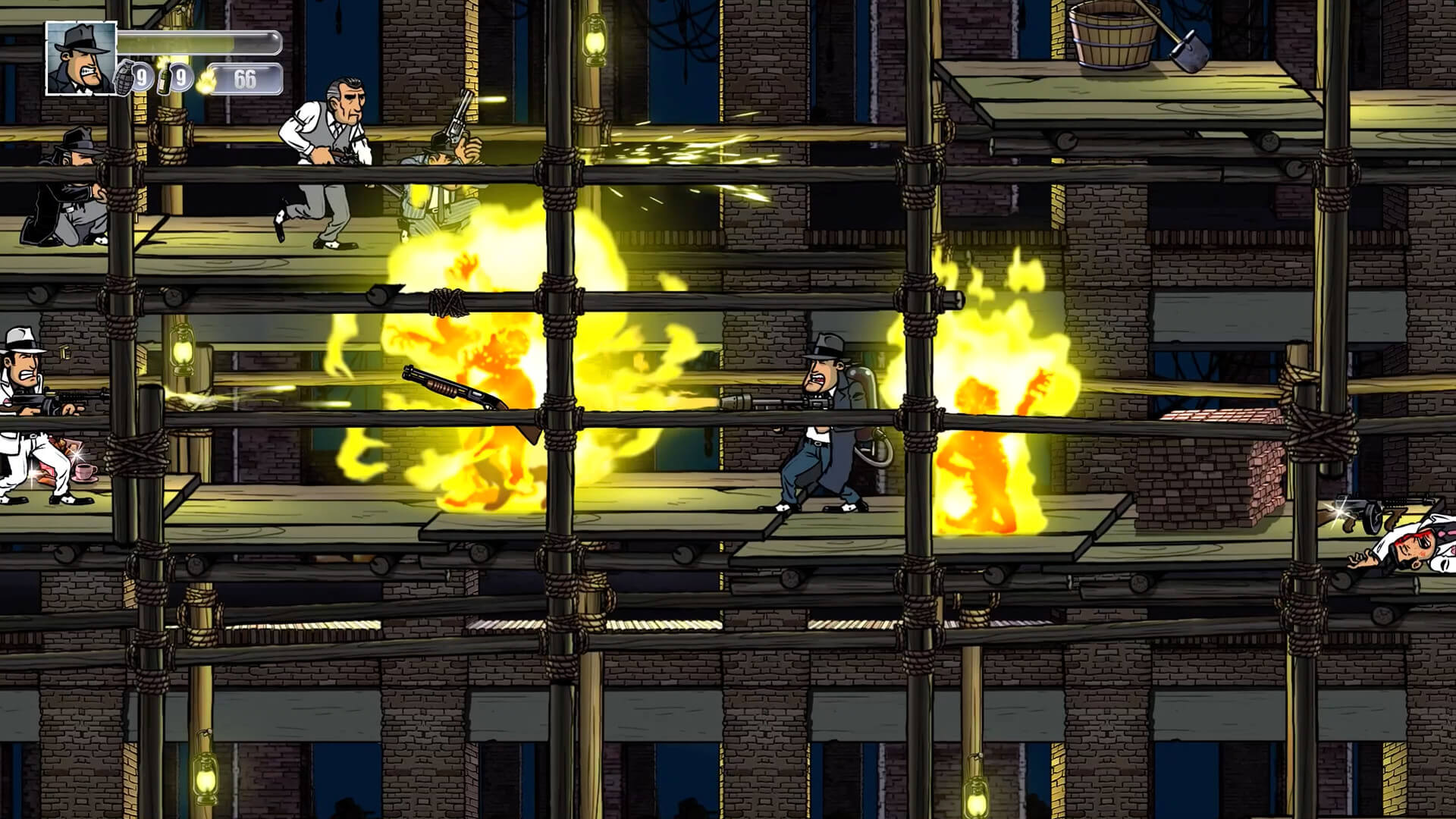 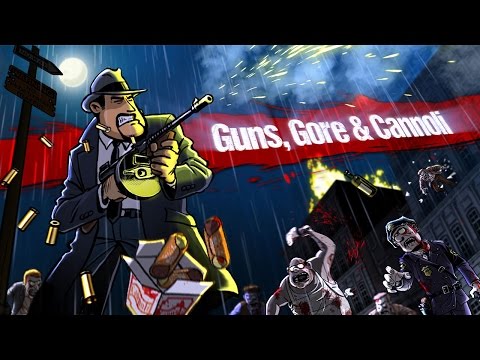 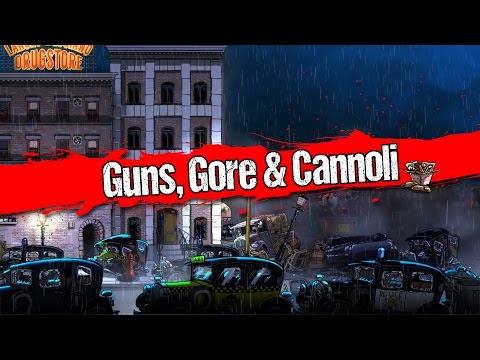 Welcome to Thugtown circa 1920, the height of Prohibition.

Prepare yourself for a non-stop, action-packed, completely over-the-top, fast-paced, platform game. Set against the gangster heyday of the roaring twenties. Lose yourself in an exciting, elaborate tale of the underground and underworld. Experience friendship, betrayal, vengeance, and witness first hand the rise and fall of a criminal mastermind.

“Leave the gun, take the cannoli... actually, on second thought, take the gun and eat the cannoli, you’re gonna need it.”

The game tells the story of Vinnie Cannoli and his mob family, set in the fictional Thugtown circa 1925, the height of prohibition. Beneath the city overrun by zombies, there's a dark story of conspiracy and betrayal. Unravel the sneaky mafia ways and government conspiracy while you try to look for your lost pal and for answers about the zombie-outbreak.

Prepare yourself for a non-stop, action-packed, completely over-the-top, platform game where you have to fight, shoot, blast and kick your way through a deeply engrossing story. Not only will you have to take on the undead, but also rivalling gangsters and the army trying to cover things up.

Despite Prohibition and the imminent Depression, people are ready to drink themselves to (un)dead. Every inch of the game is like a picture straight from the Prohibition era. The cars, the furniture, the Speakeasy clubs, the music and the weaponry reflect the turbulent days of the roaring twenties.

Partner up to 4 friends and unravel the mystery together.

We're a passionate, 4-headed team on a mission to create amazing games!

© 2017 Rogueside and Guns, Gore and Cannoli are registered trademarks of Rogueside NV.