With the God'n'Spy add-on, you can be the master of Power & Revolution and intervene in world events by accessing all the key factors of the game, manipulating them as you see fit and creating or modifying events at any moment ! 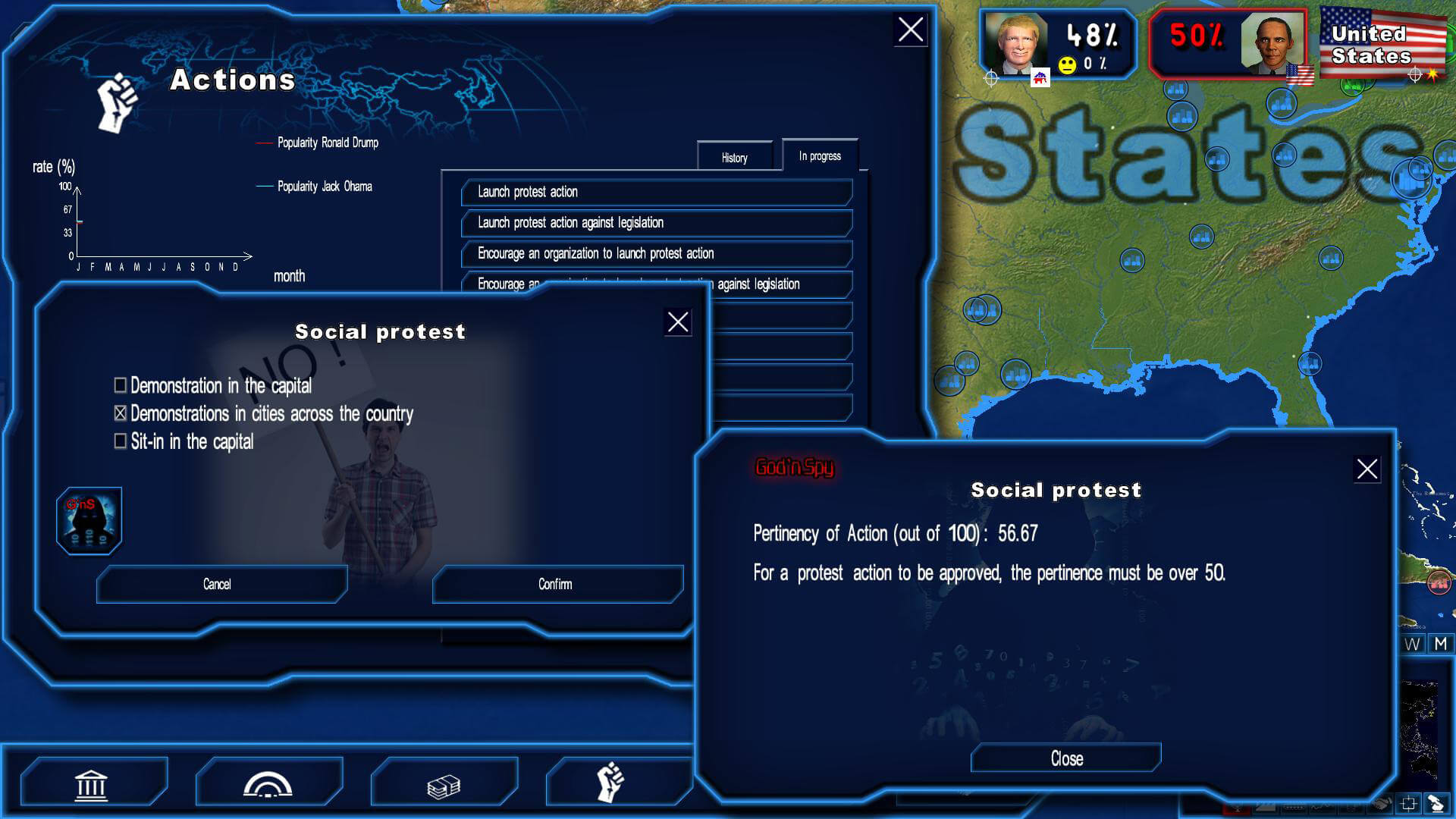 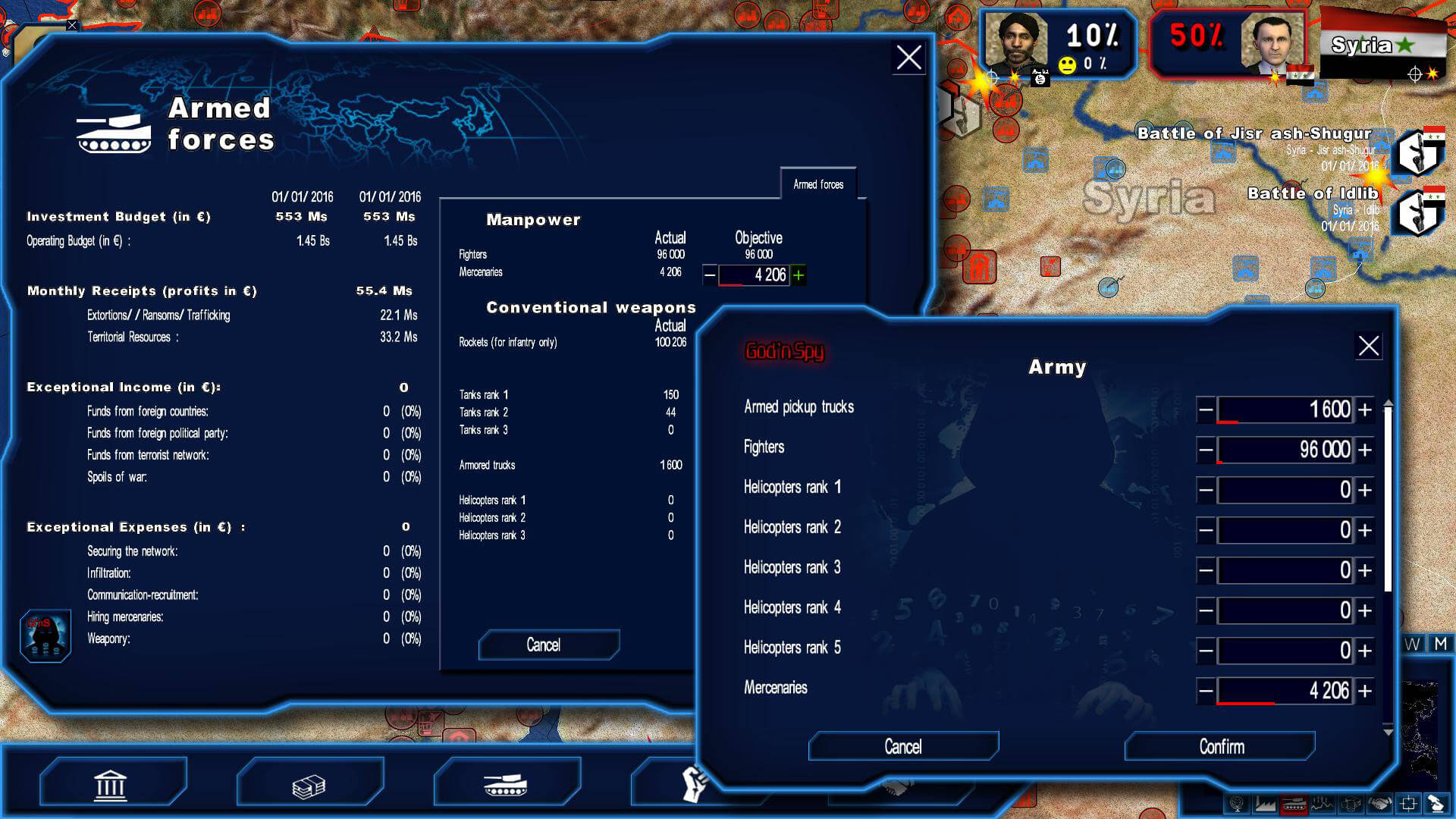 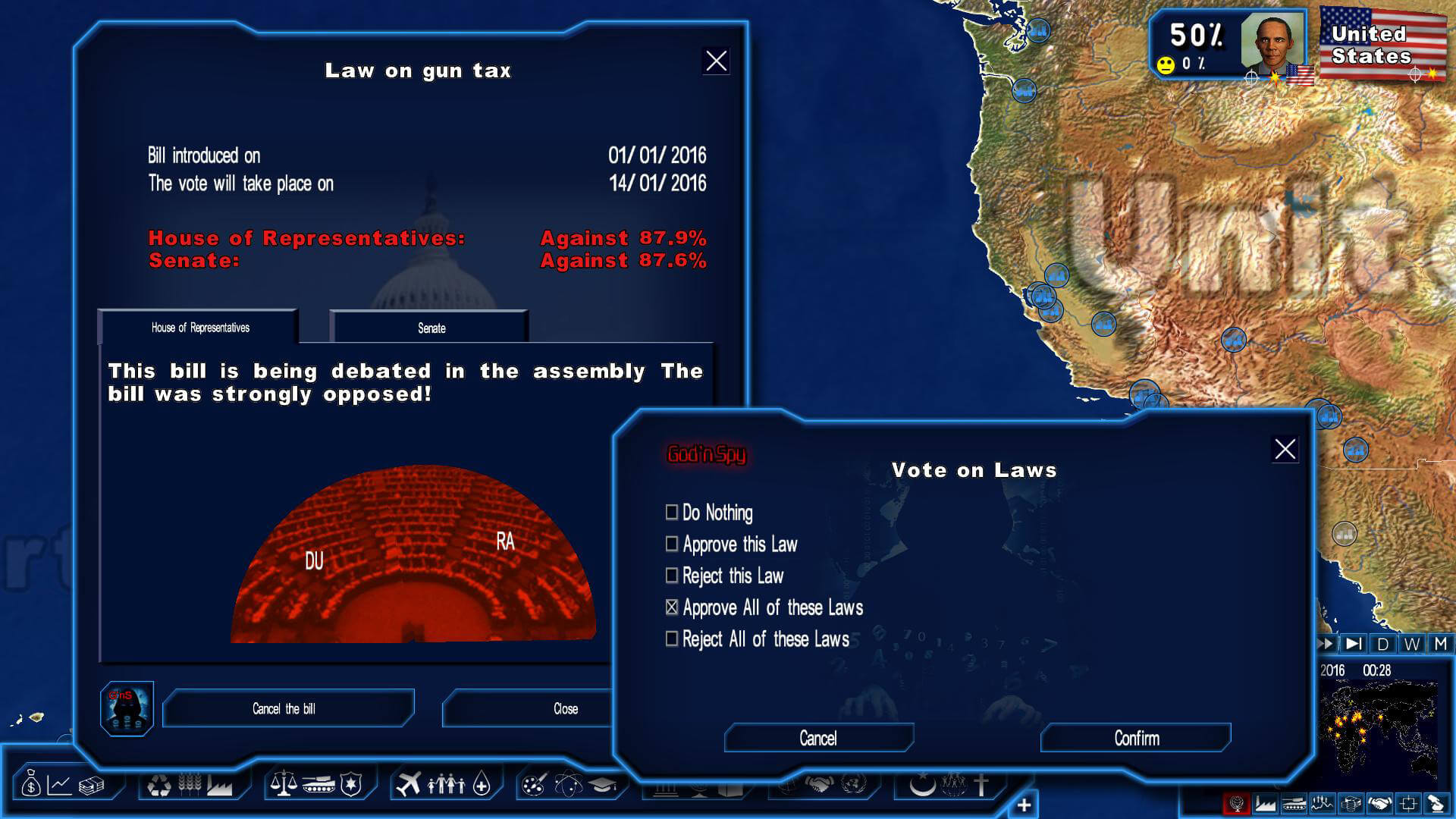 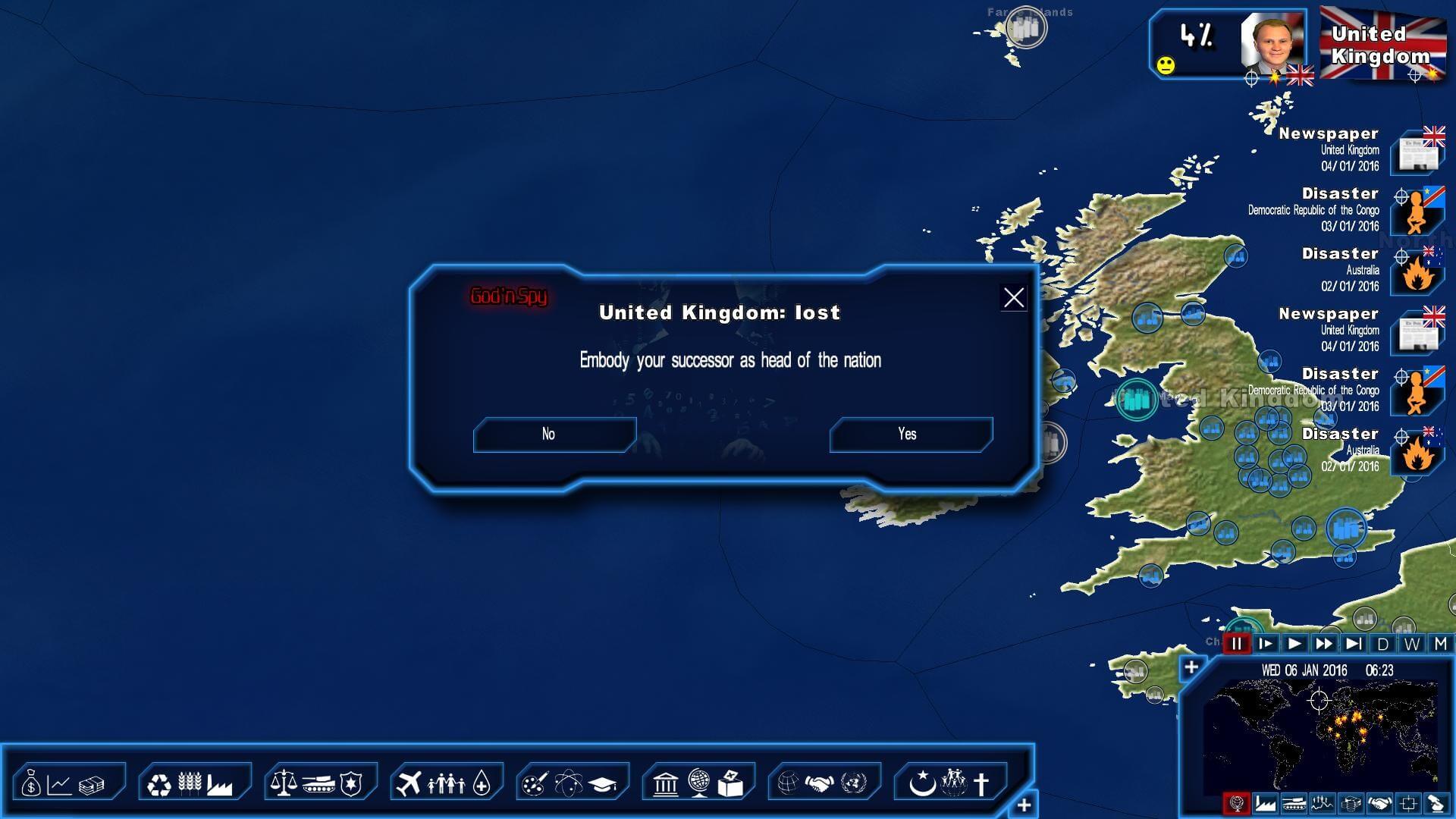 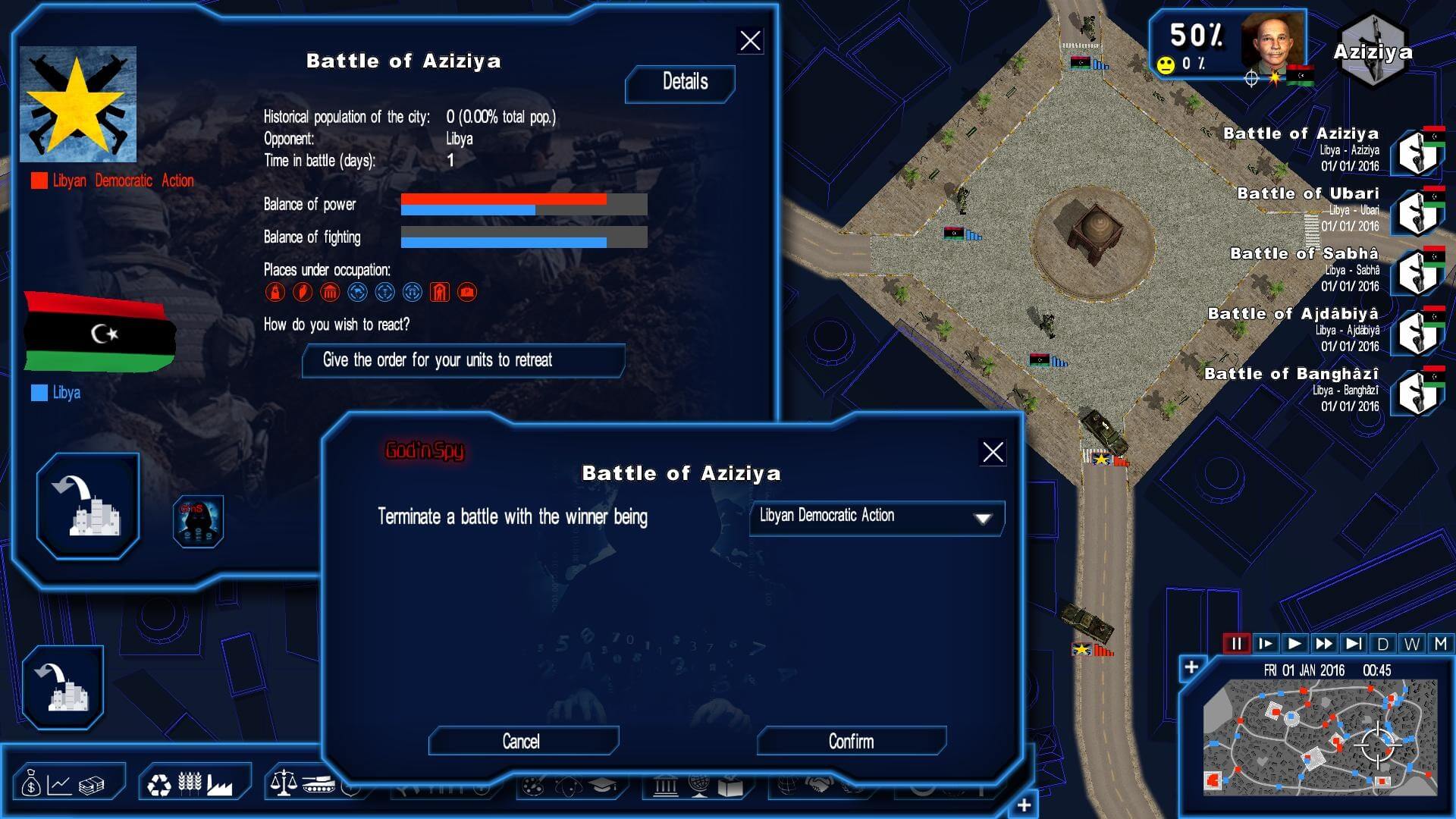 At any moment, by using this game mode, you can access internal hidden game engine variables, you can modify some of these variables and create and delete events.

This gameplay mode will also allow you to come back as another character and continue to play if you lose your game.

your energy level, as perceived by the public

the political trends of other heads of state

the dictatorship level of other states

the level of responsibility of belligerent factions involved in conflicts

the political leanings and the electoral weight of any character

the preferred themes of any character

the level of severity of a disaster, disturbance, or terrorist attack

the analysis of an economic agreement before its approval

detailed electoral results at any time, as if the elections had taken place that very day

information on your opponent

pertinence level of beginning a protest movement by your party

pertinence level of inciting a group to begin a protest movement. if you lose one round, the possibility for continuing the game with the new head of state

economic and strategic relationships between countries

the popularity rate of any character

for any character: their level of experience, charisma, health, positive outlook, and political interest; their moral character, degree of influence, level of protection, and resistance to alcohol

the number of military units (for all kinds of arms)

if you lose one round, the possibility for continuing the game with the new head of state

revenue of your legal party or illegal organization

the armed forces of your illegal organization

the possibility of keeping your camouflaged rebel camps invisible indefinitely

the possibility of normalizing your illegal organization.