Steel Inferno puts the spotlight on several major offensives that influenced the course of the war in the East, while opening up new areas of the War in the East 2 map. With 8 new Scenarios and 2 new Campaigns, it will significantly expand your War in the East 2 experience. 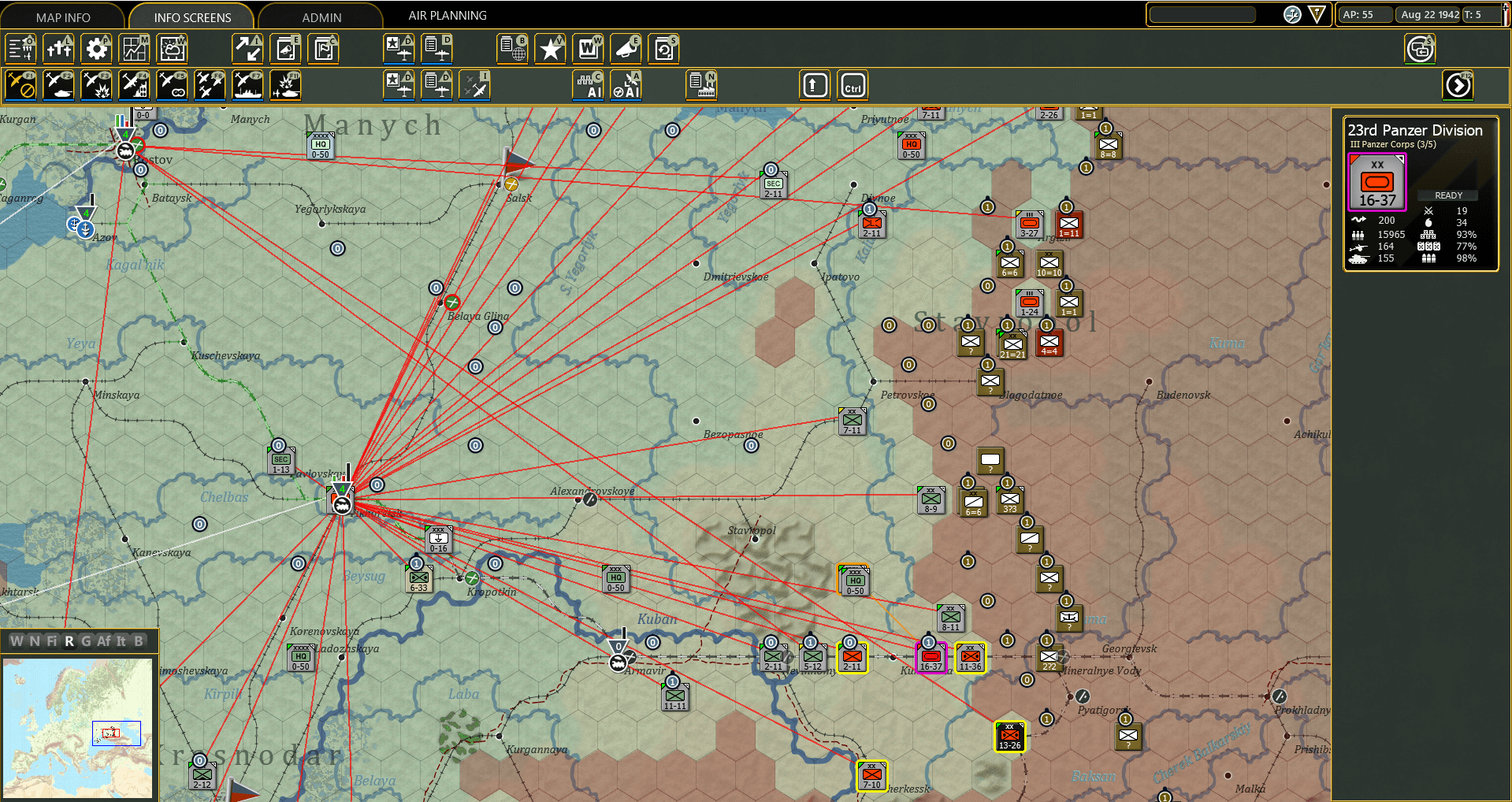 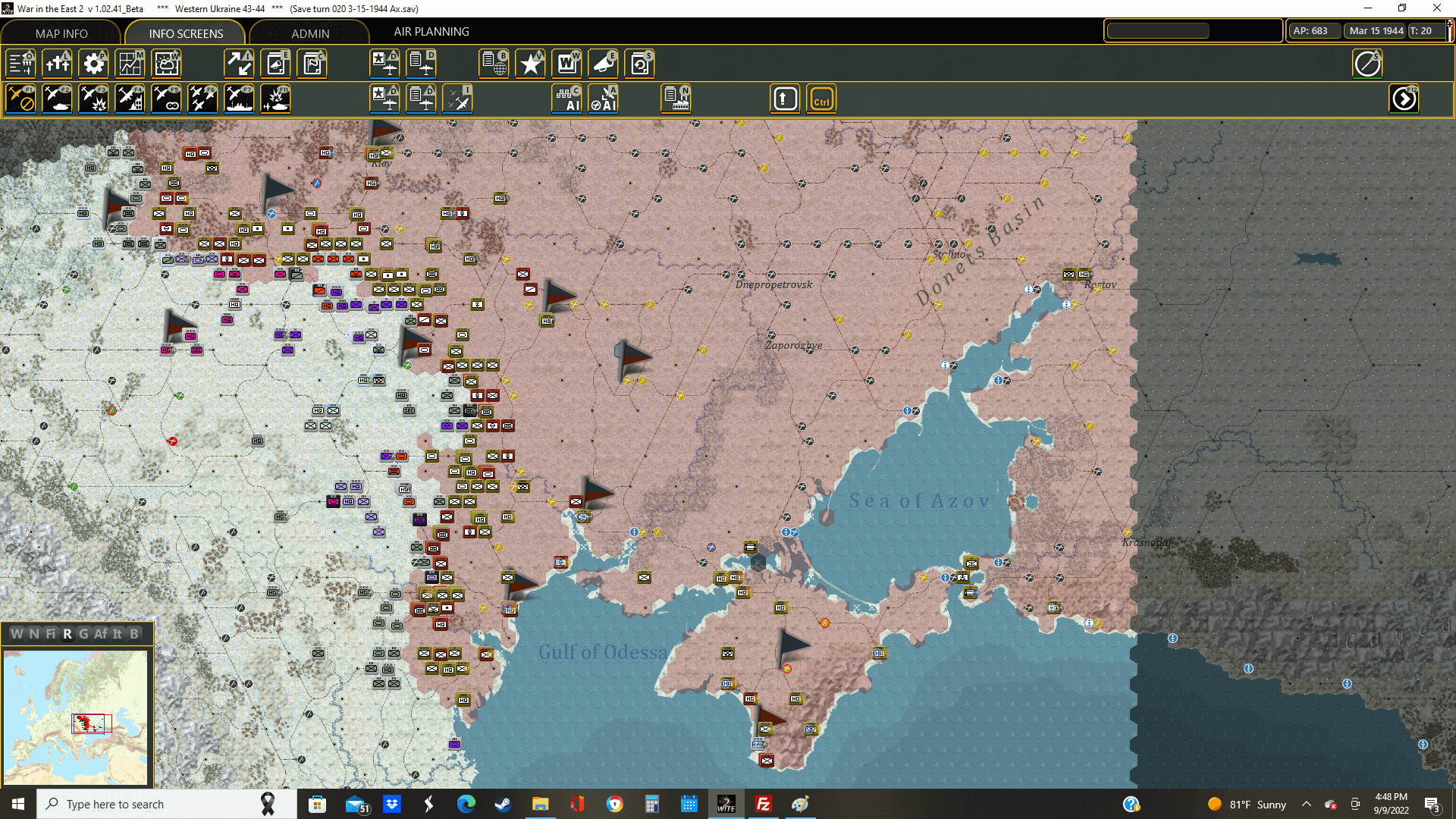 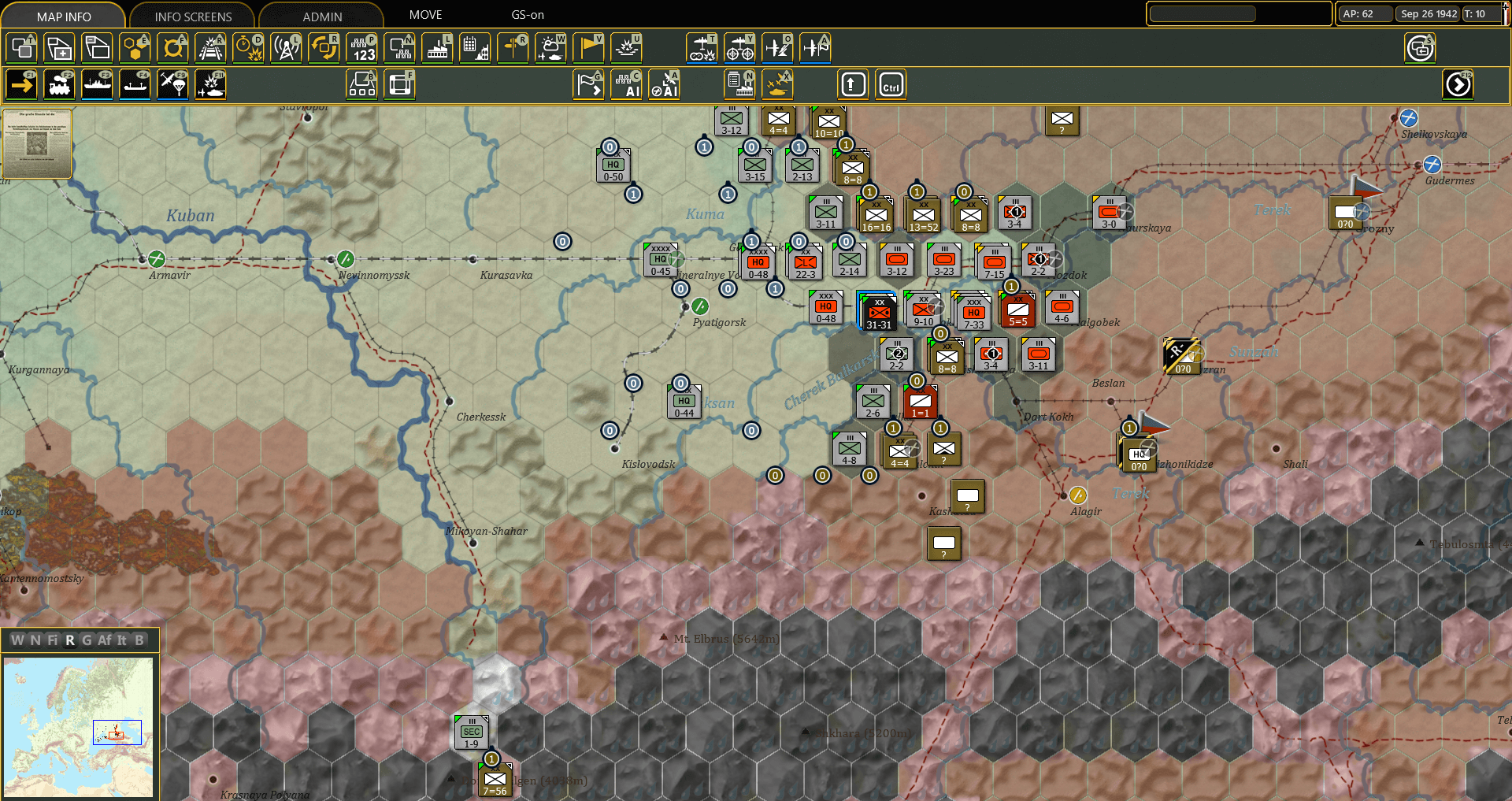 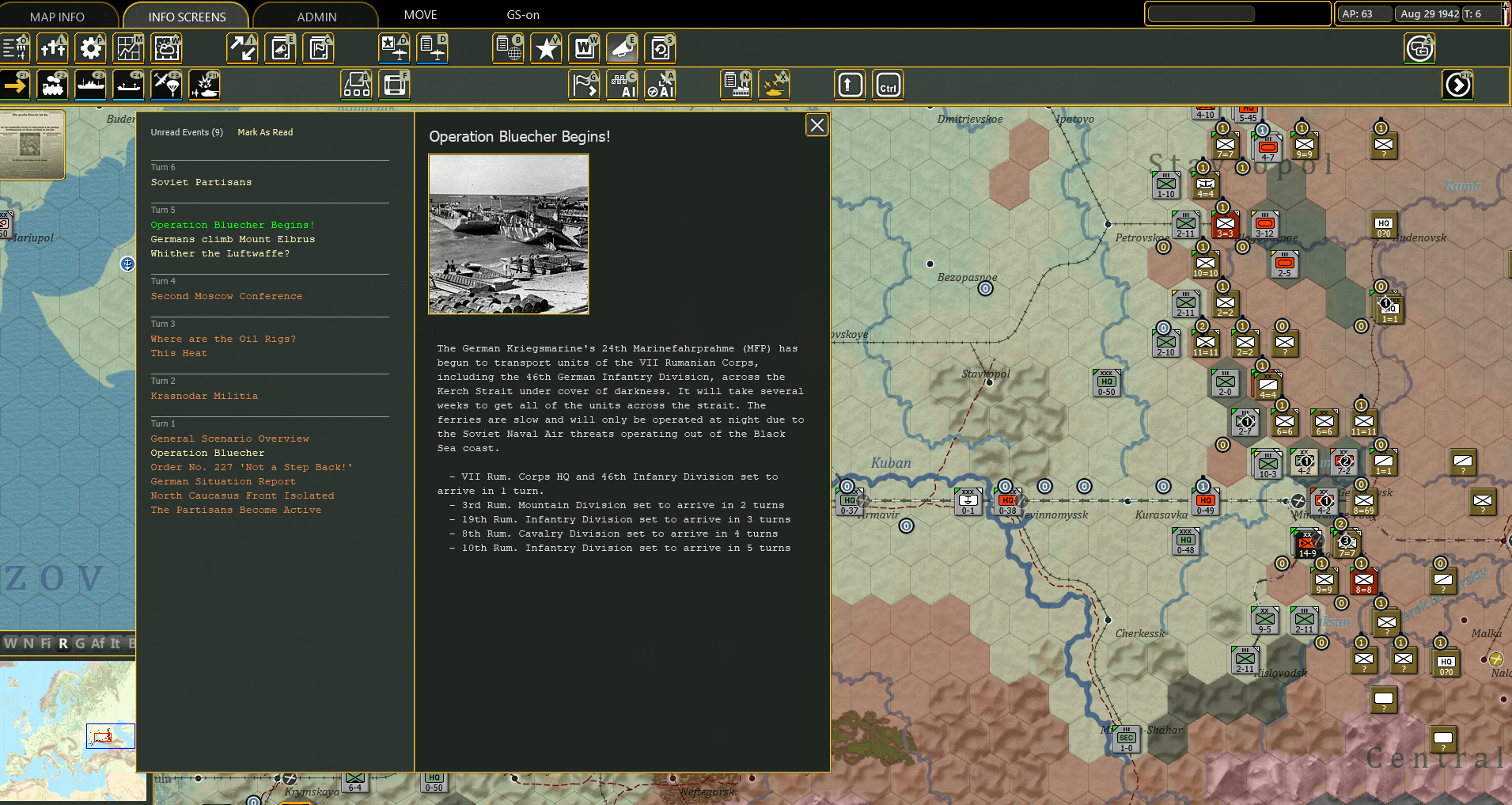 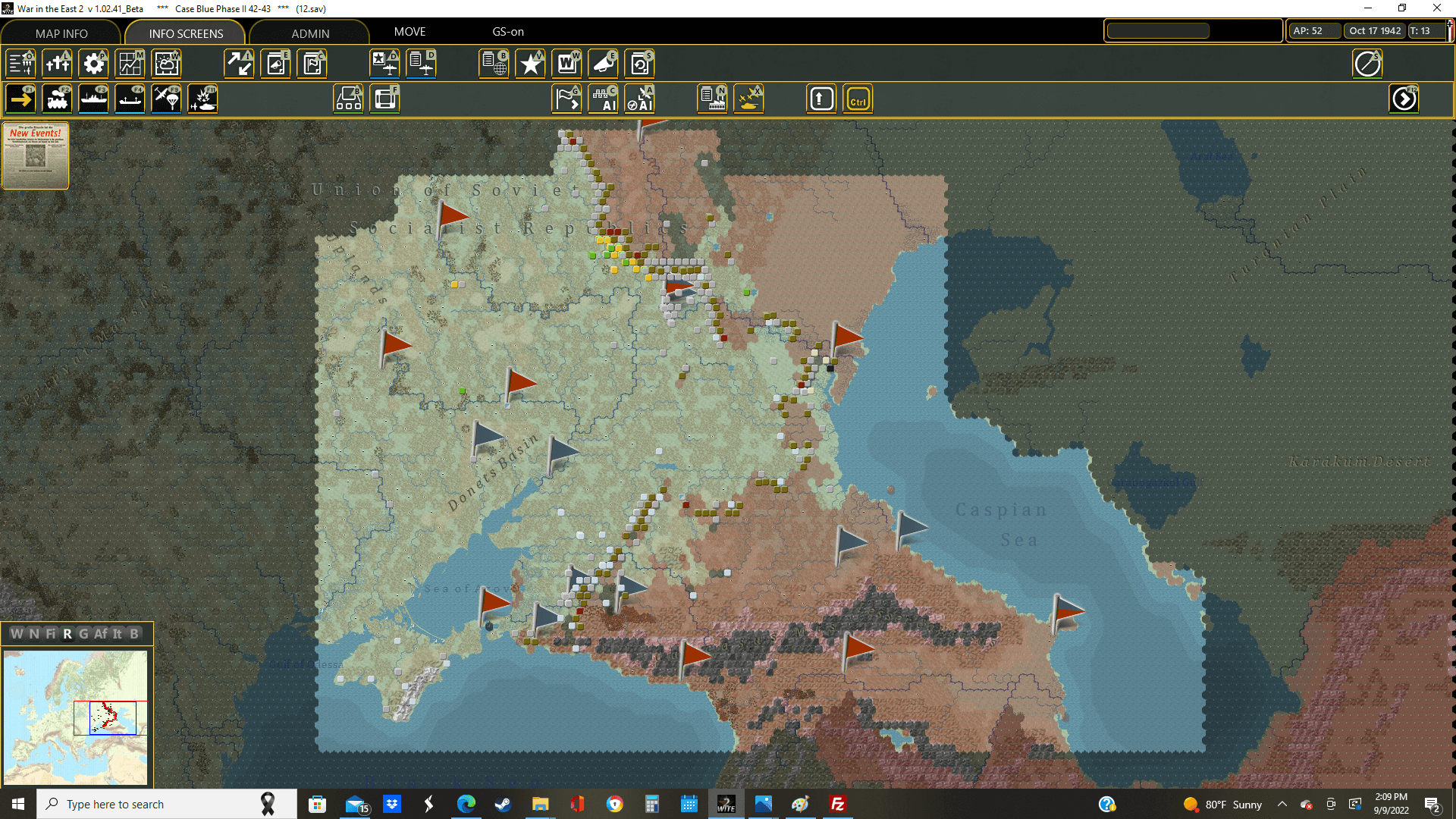 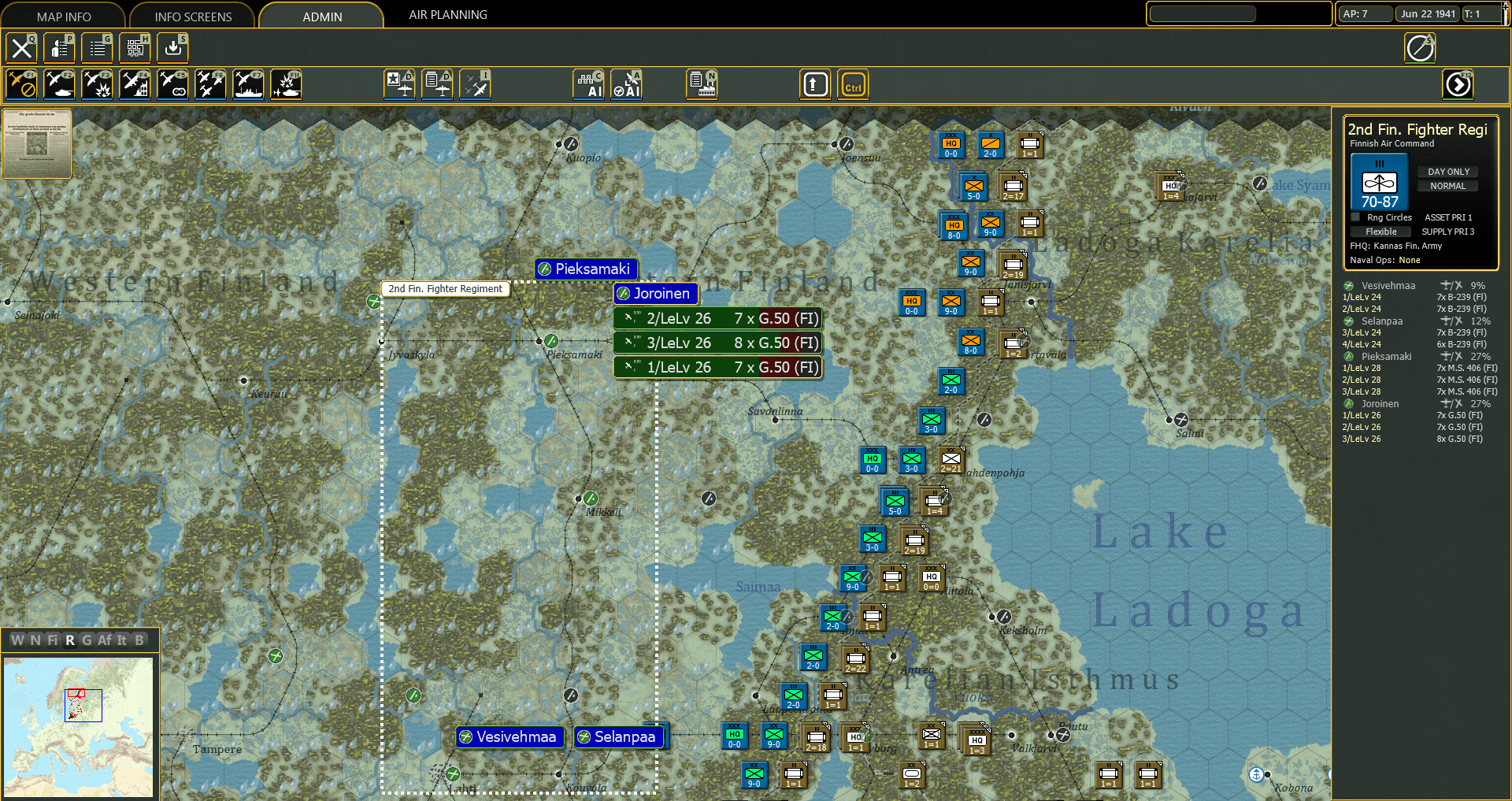 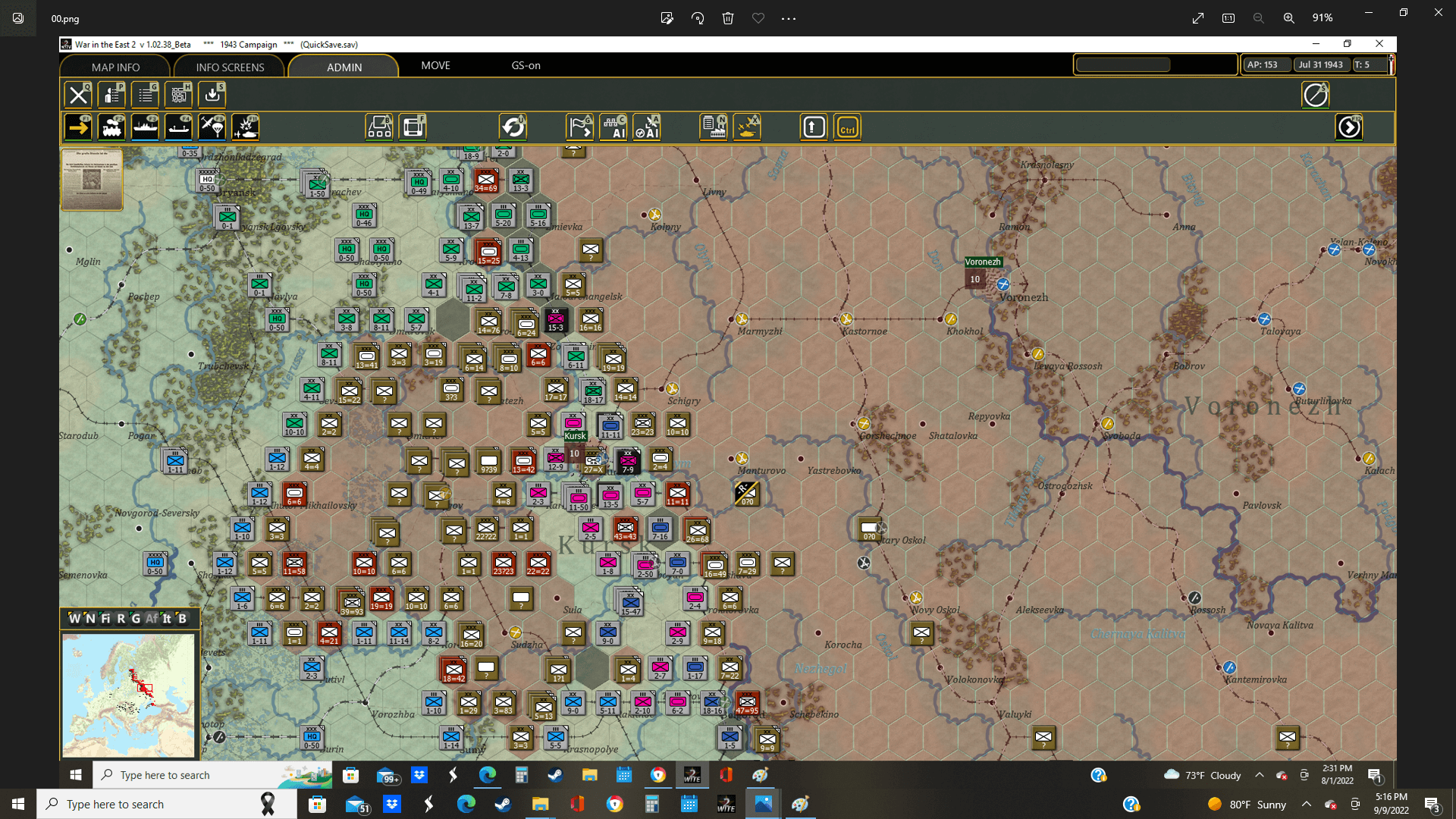 Steel Inferno puts the spotlight on several major offensives that influenced the course of the war in the East, while opening up new areas of the War in the East 2 map. With 8 new Scenarios and 2 new Campaigns, it will significantly expand your War in the East 2 experience.

For the first time in the War in the East 2 series, operations in all of Yugoslavia in 1944 are covered. Finnish forces also make an appearance in the area just north of Leningrad. Several scenarios cover the German attack into the Caucasus, including a hypothetical scenario that provides the Germans with an additional army for the campaign. Drama on the Danube places the German player in the difficult position of trying to deal with the surrender of Romania and Bulgaria, and the difficulties of the German forces in Greece trying to escape north through partisan-controlled territory.

Also included are two new full map campaigns which begin with the German Operation Citadel in July 1943 and about a month before the Soviet Operation Bagration in May 1944.

2) 1944 Campaign - 11 May 44 - 4 Jul 45 -- A full Campaign that begins with the Soviets readying for the start of their massive Summer 1944 offensives. Within four months, these offensives led to the destruction of Army Group Center, and the capitulation of Romania and Finland. Within a year, Berlin had fallen. Can you do better?

4) Road to Karelia - 22 Jun 41 - 11 Oct 41 -- The first WitE2 scenario to include a section of the Finnish front. It covers the first 4 month German push to capture Leningrad, and the Finnish effort to push the Soviets out of Finnish Karelian territory, recently ceded during the Winter War.

6) Case Blue Phase II 42-43 - 25 Jul 42 - 5 Mar 43 -- Covers the critical phase of the German attack to seize Stalingrad, along with the rush south into the Caucasus. Assuming the Soviet player can hold on, it also covers the Soviet build up and counteroffensive that through the Germans back.

7) Case Blue Phase II 43-43 - Alternate - 25 Jul 42 - 5 Mar 43 -- What if German High Command hadn’t dismantled their 11th Army after the capture of Sevastopol, but instead had kept it together to help take Stalingrad and the Caucasus. In this scenario you can find out the answer.

9) AG C - Kutuzov to Bagration 43-44 - 12 Jul 43 - 2 Apr 44 -- This Soviet offensive began as Operation Citadel ended, and recaptured Orel and Smolensk in less than 3 months. Can the Soviets drive further into Belorussia and destroy Army Group Center a year early?

10) Western Ukraine 43-44 - 3 Nov 43 - 25 Apr 44 -- The Soviet push into Western Ukraine which led to their recapture of Odessa, and the Battle of the Kemenets-Podolsky pocket. A punishing offensive, but could the Soviets have done even better?

11) Drama on the Danube 44 - 20 Aug 44 - 5 May 45 -- A complete look at the unusual and varied fighting across the Balkans in 1944-45. Starting with the conversion of Romania and Bulgaria into Soviet allies, the scenario also covers the desperate attempt of the German forces in Greece to escape north. Covers the transition of the Yugoslavian partisan war into being part of the front line, the Soviet advance through Hungary, the last major German offensive of the war near Budapest, and the fall of Vienna.

REQUIRES OWNERSHIP OF GARY GRIGSBY’S WAR IN THE EAST 2