Field of Glory II: Storm of Arrows is a turn-based tactical game set in the High Middle Ages and it's the third DLC for Field of Glory II: Medieval. Developed by the legendary Richard Bodley Scott it brings the best from the tabletop world into the best digital framework. 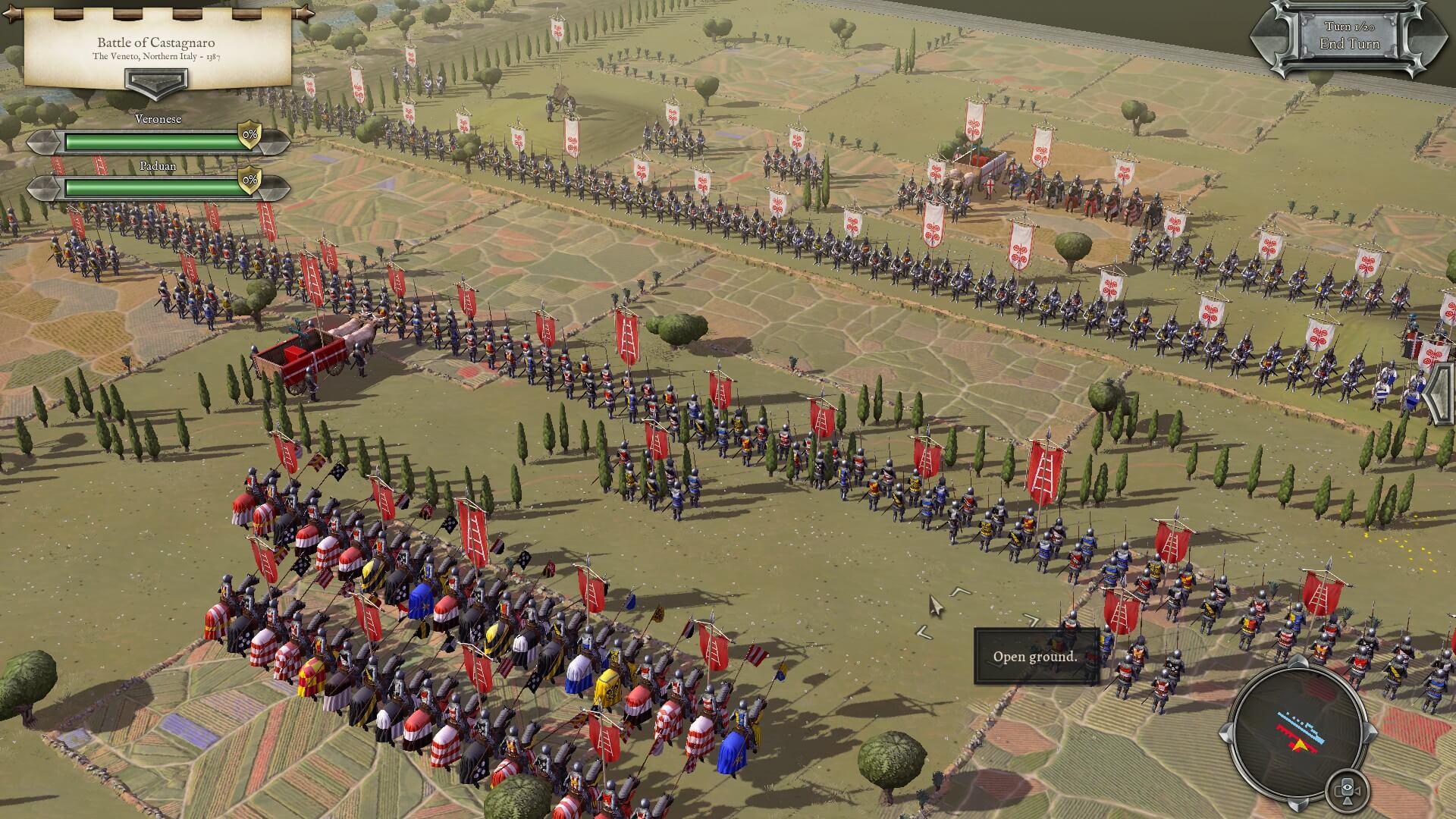 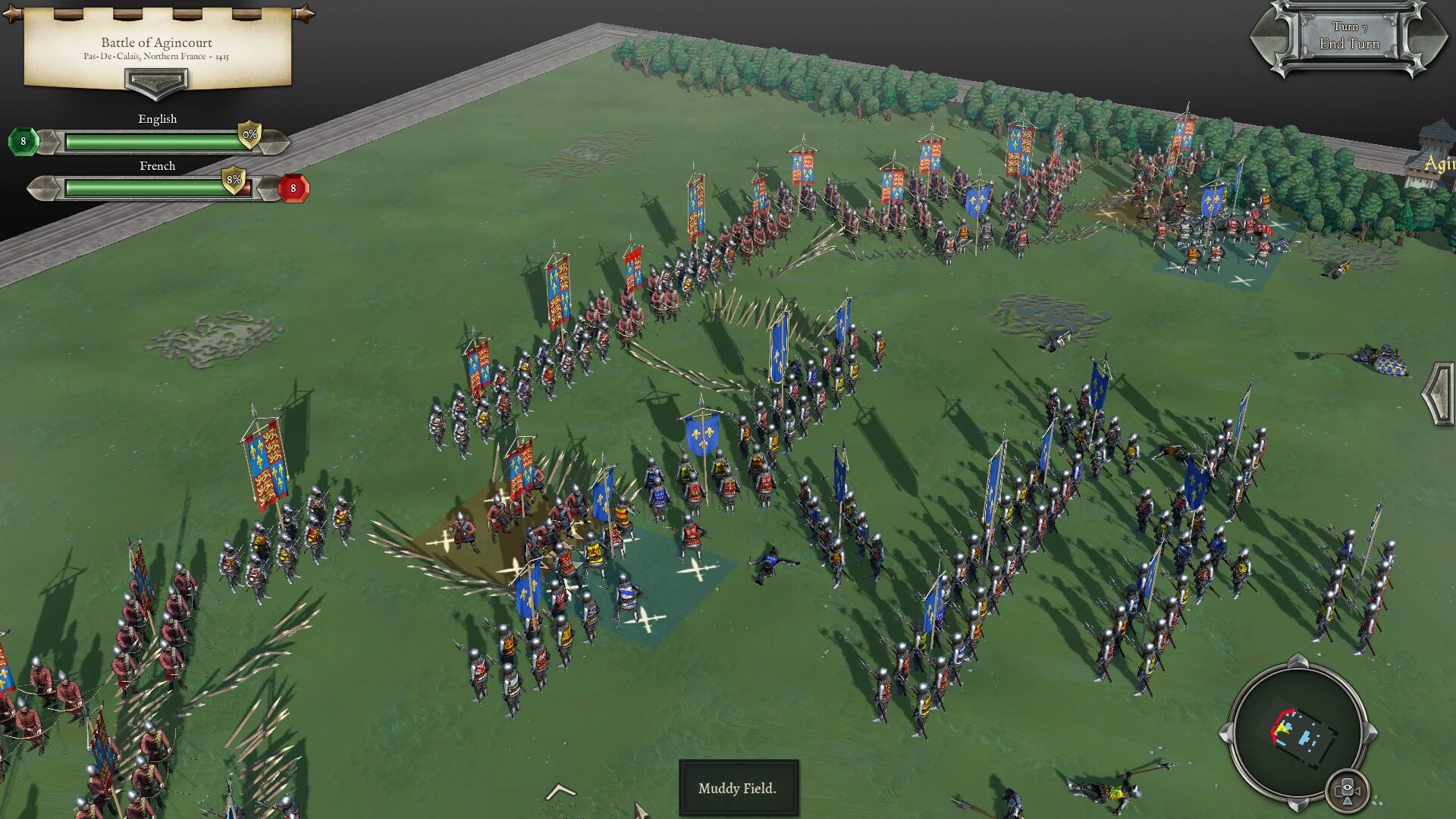 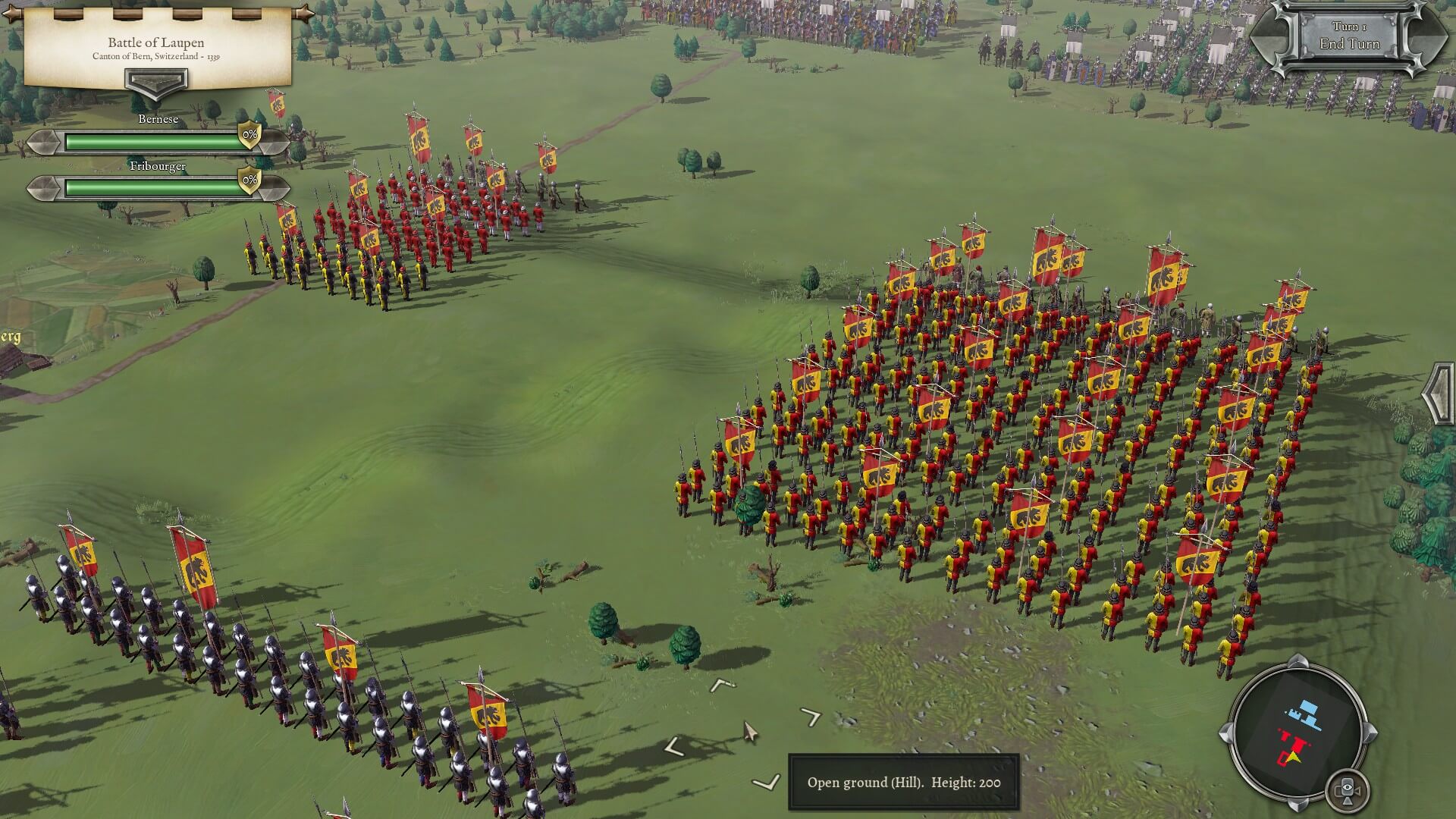 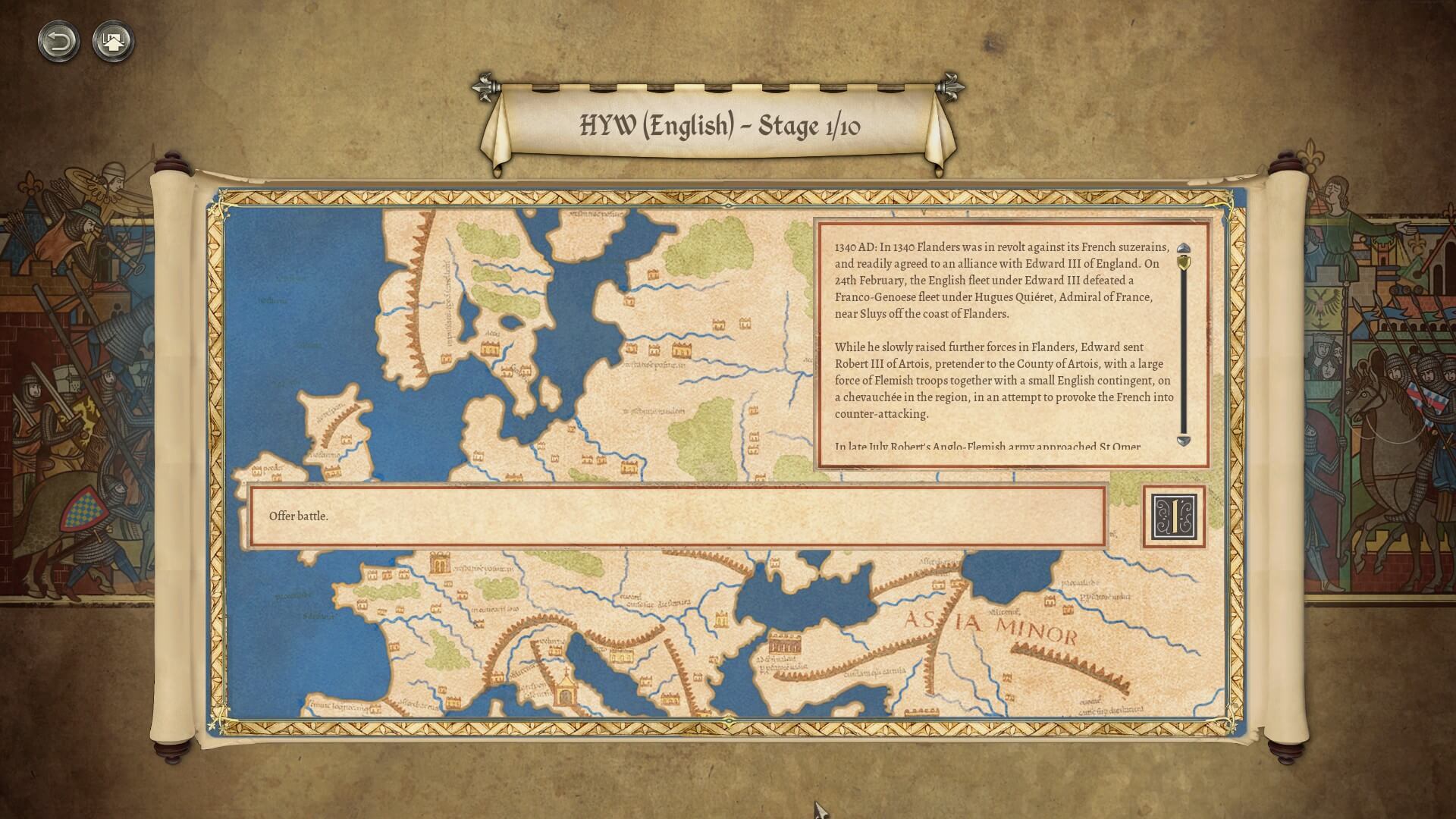 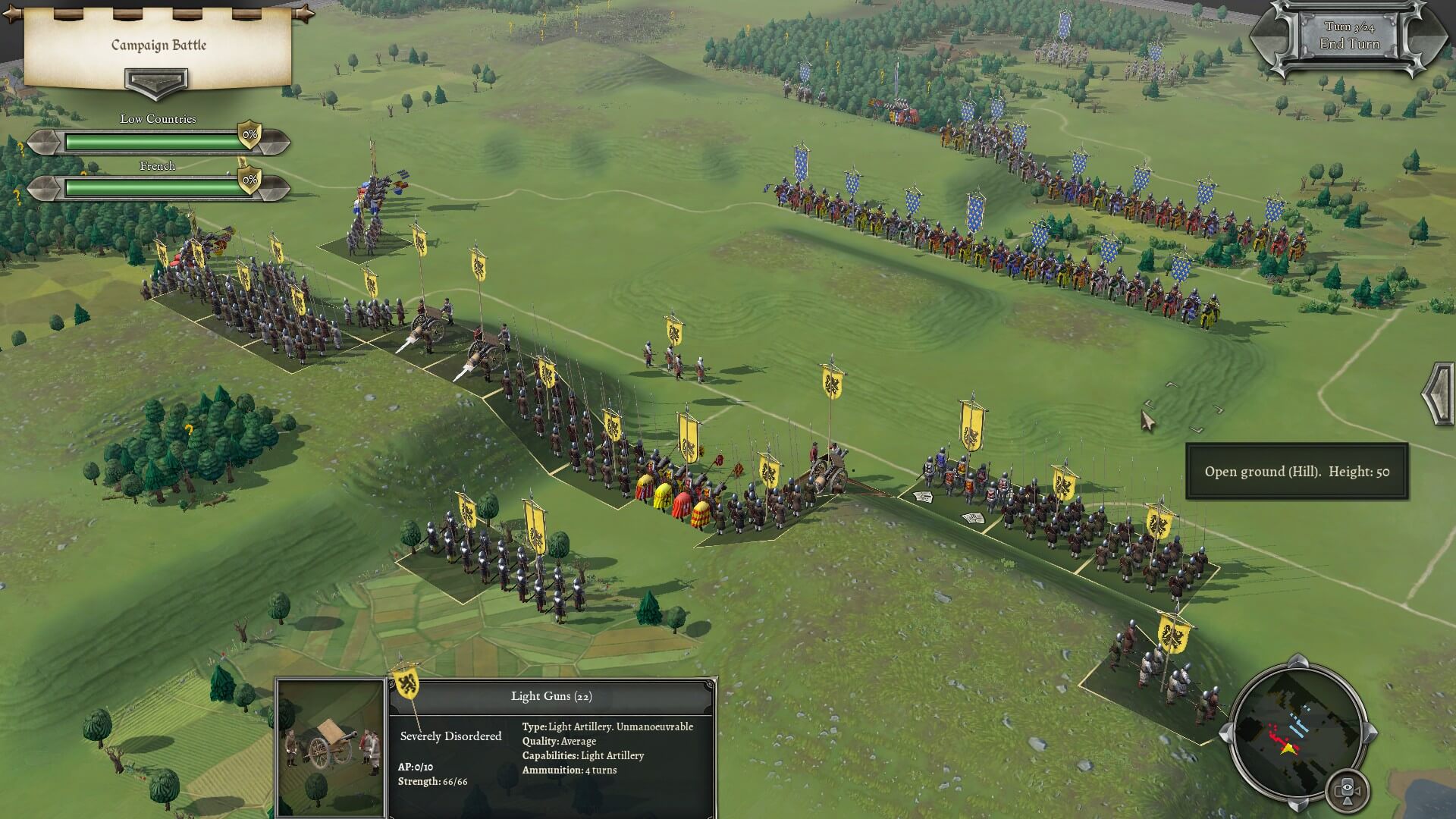 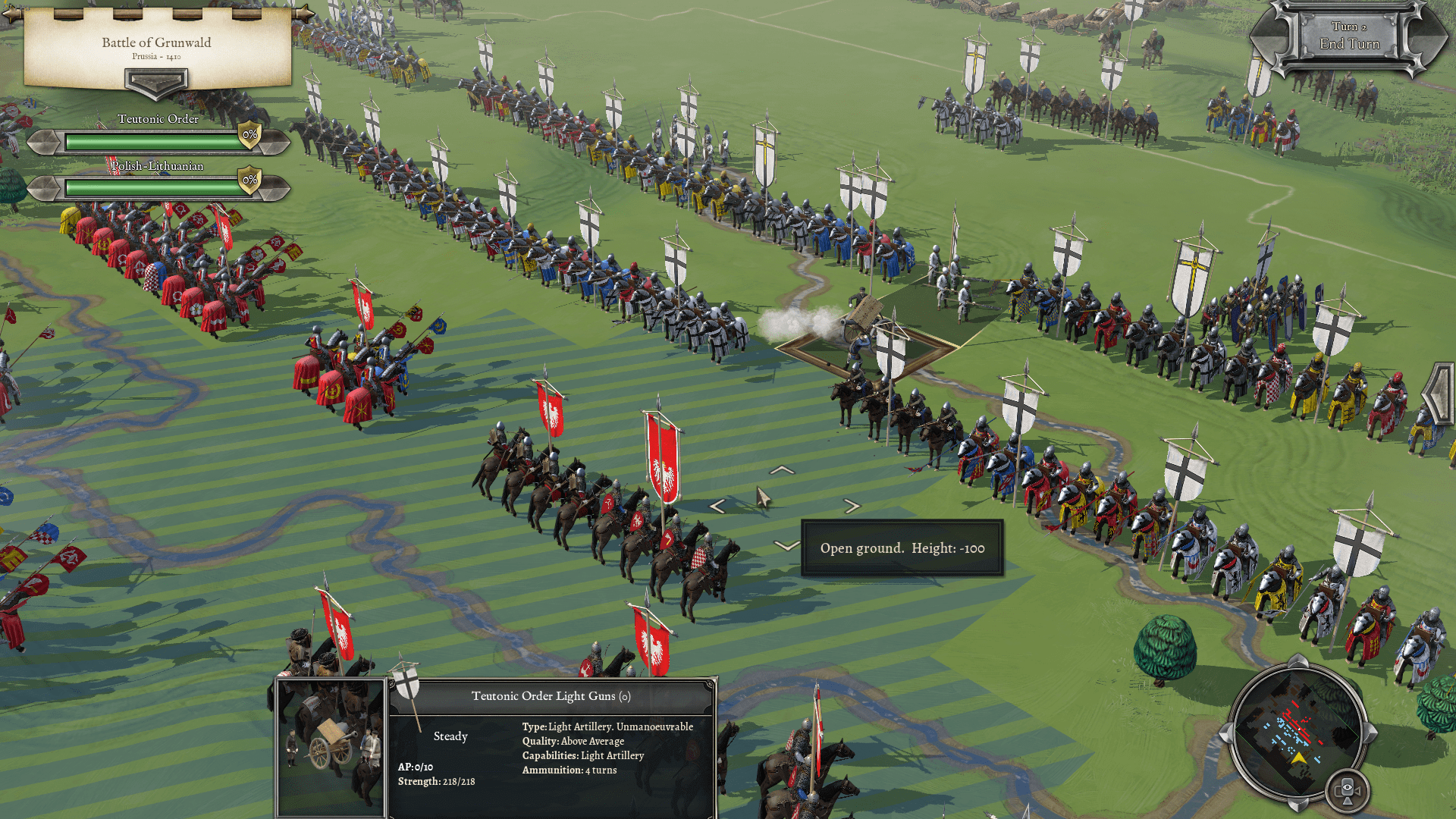 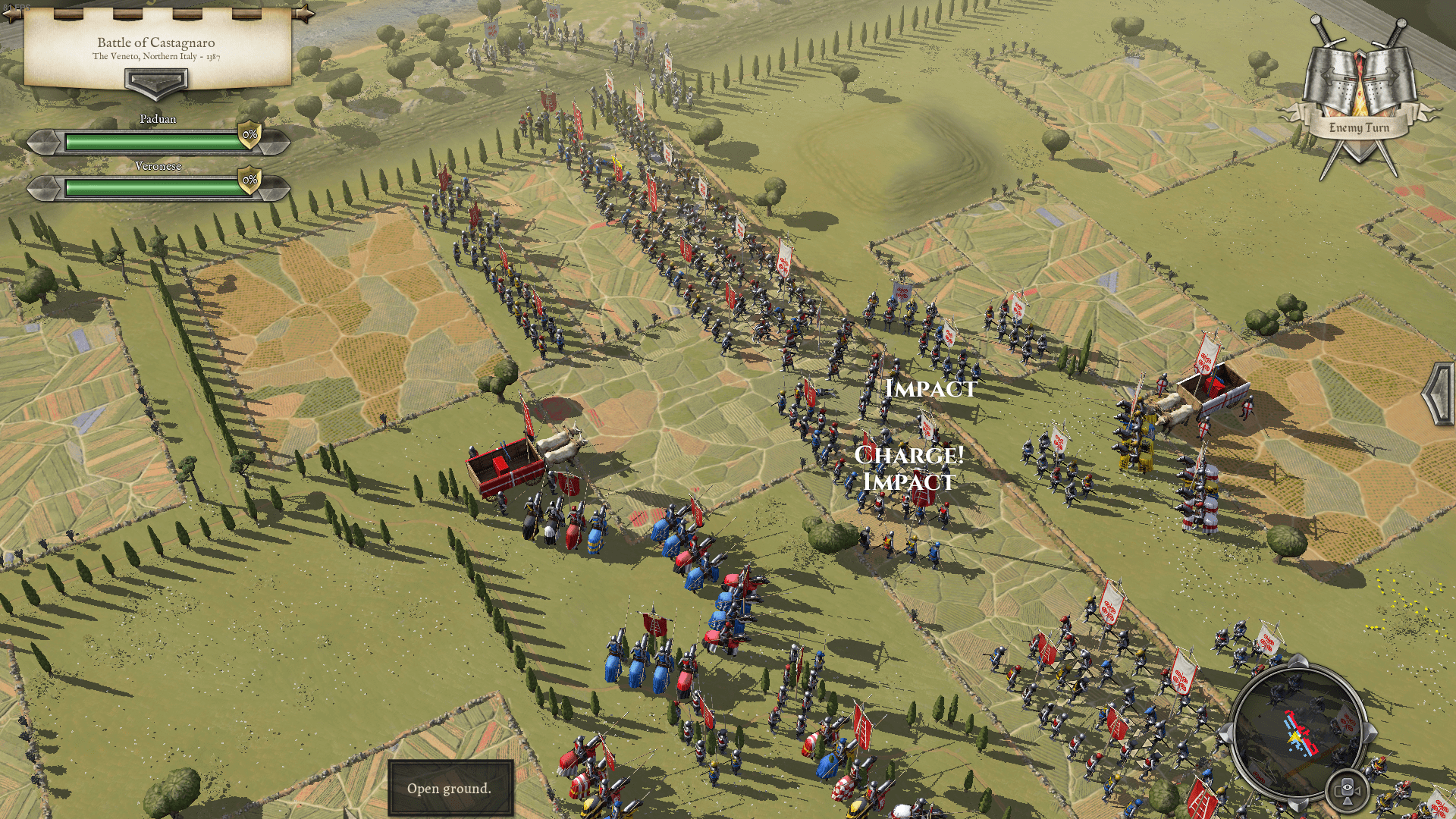 From the early fourteenth century the battlefield dominance of the mounted knight was increasingly challenged by the rising power of the foot soldier. The Flemish spearmen at Courtrai in 1302, and the Scots at Bannockburn in 1314, showed that steady foot could defeat mounted knights. However, it was the English use of massed longbowmen combined with dismounted men-at-arms that would come to dominate western European battlefields for the rest of the 14th century and well into the 15th.

During the Hundred Years War, from 1337 to 1453, the French knights suffered a string of catastrophic defeats at the hands of this combination. After Crécy in 1346, the French knights were largely forced to fight on foot, to minimise their vulnerability to the arrow storm. Eventually, by avoiding pitched battles and concentrating on capturing important cities and castles, the French won the war and expelled the English from nearly all of their continental territories.

English longbowmen also ventured to Italy and Spain as mercenaries or allies, but warfare in these countries continued to develop rather differently from the rest of Western Europe. Italy in this period was still a collection of small independent states. The communal militia infantry had declined in importance, and had been replaced by the Condottieri as the main strength of Italian armies. These were mercenary captains who were hired to provide a company of professional armoured cavalry, and sometimes infantry.

In Spain the large Christian kingdoms of Aragon, Castile and Portugal shared the Iberian peninsula with the Muslim kingdom of Granada. In addition to fighting each other and many civil wars, there was occasional conflict with the Islamic North African powers. Spanish men-at-arms still usually fought mounted, while light cavalry continued to be more numerous than elsewhere due to the influence of warfare against Muslim armies.

Meanwhile the Swiss cantons were asserting their independence from feudal rule. Initially their massed infantry columns relied on the murderous halberd and an intimate knowledge of their own mountainous terrain.

Further east, the Teutonic Knights continued to battle against the pagan Lithuanians, but in 1386 Grand Duke Jogaila of Lithuania converted to Christianity and became King of Poland through marriage to the heiress Jadwiga. This removed the religious rationale for the Order’s activities in the region, and gave their enemy a huge boost in military potential. The Teutonic Order suffered a major defeat at the hands of Jogaila and his Polish-Lithuanian army at the Battle of Grunwald (Tannenburg) in 1410. The Golden Horde continued to dominate the Rus principalities, but the first stirrings of change occurred in 1380 when the Mongols were defeated at Kulikovo.

During the fourteenth century gunpowder artillery was introduced throughout Europe, and became increasingly important. Initially, large bombards were mainly used for siege work, but gradually smaller guns began to be employed in field battles as well.

• 95 more army lists allowing historically realistic armies for each of the above factions and their allies at different dates during the period, and bringing the total number of Medieval army lists to 241. In addition armies can include contingents from historical allies. This gives around three hundred thousand permutations. You will never run out of new matchups to try.

• 48 more historical matchups added to Quick Battle mode, increasing the total to 198, playable from either side.

• Sandbox campaign expanded to include all the new army lists, allowing you to lead any nation (and their historical allies) against any other nation (and their allies) – giving over eighty thousand permutations.

• Time Warp modules expanded to include all the new army lists.