Eternum Ex is a retro platform video game with the look and feel of the ’80s arcade cabinet games. 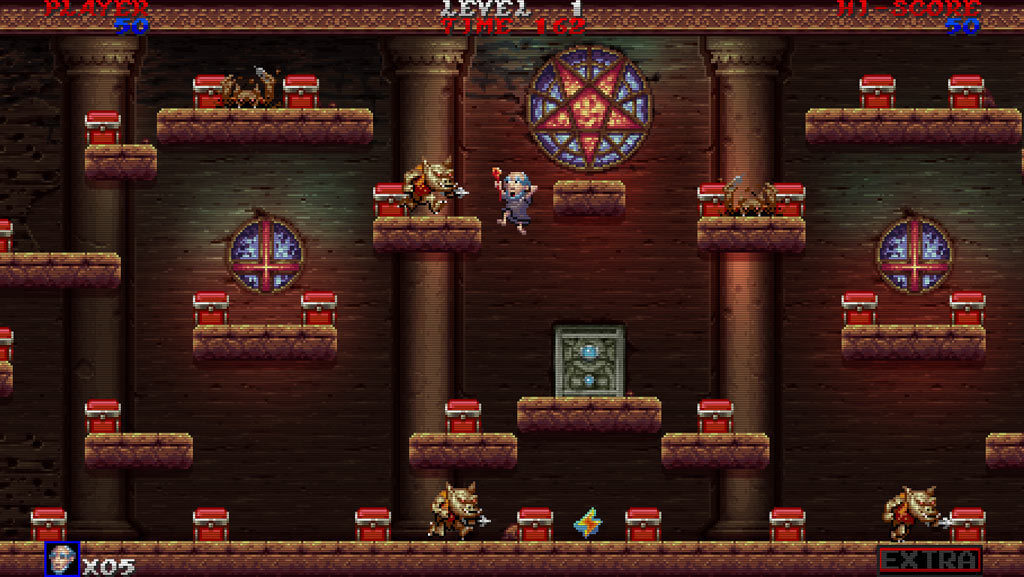 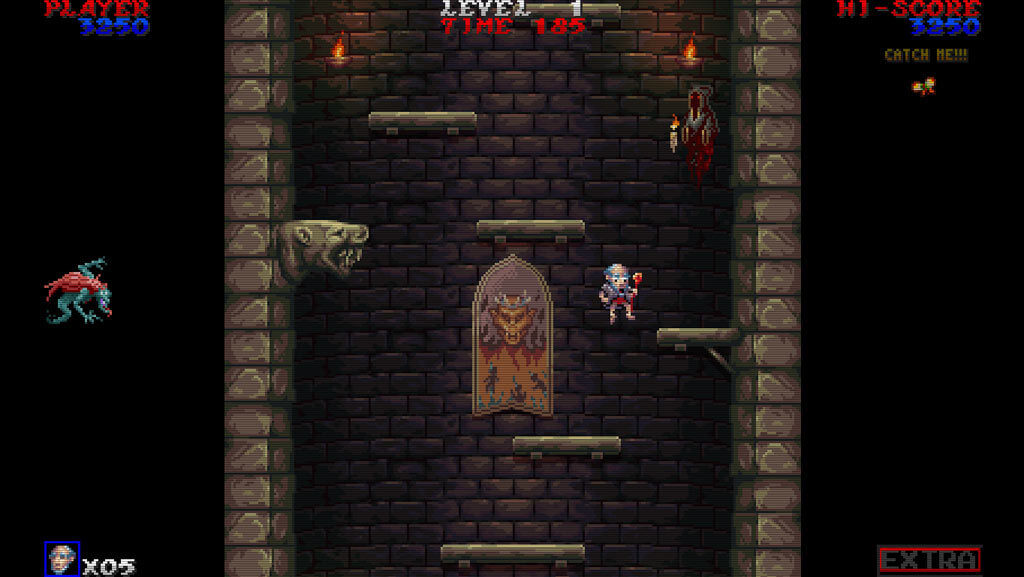 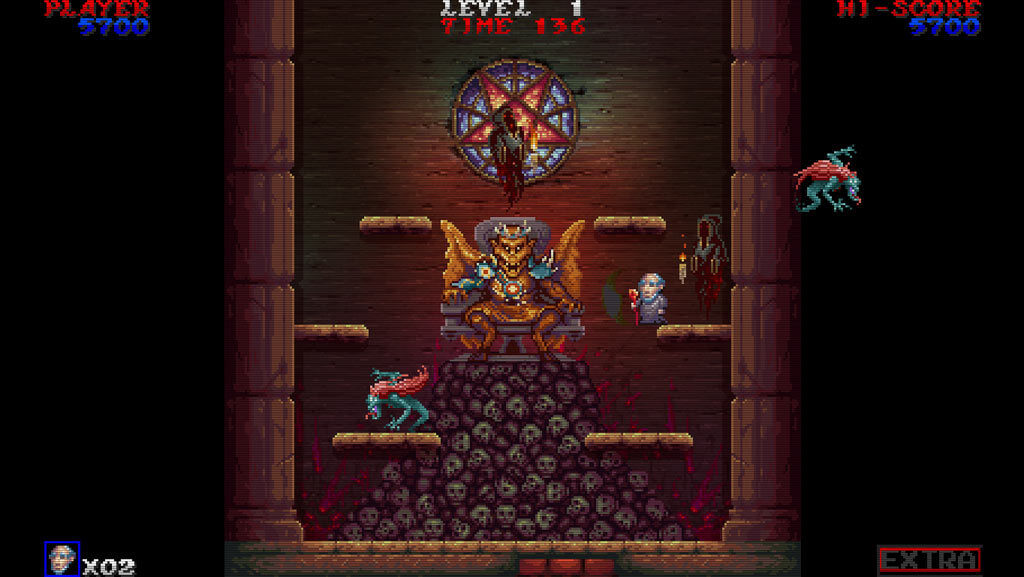 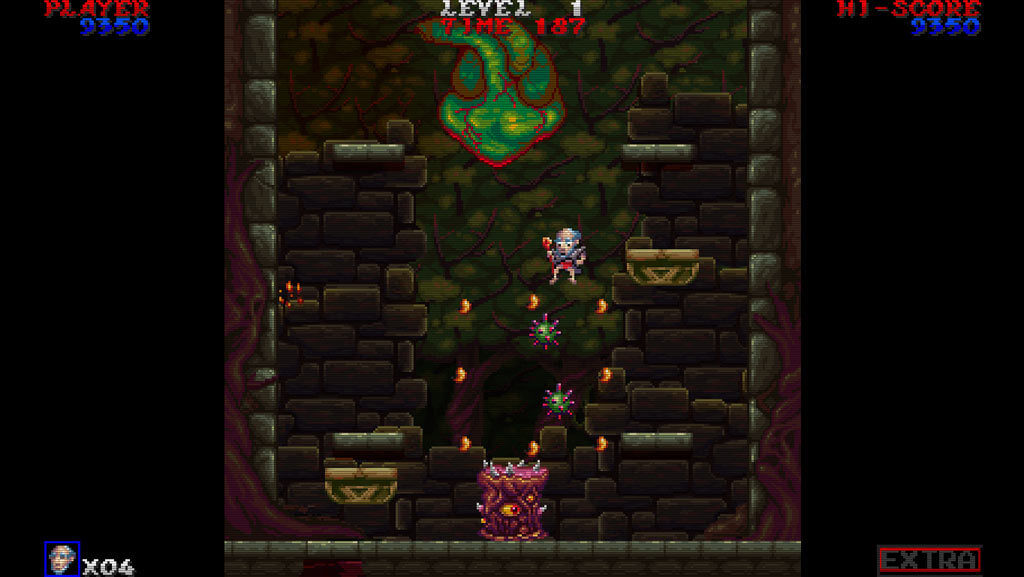 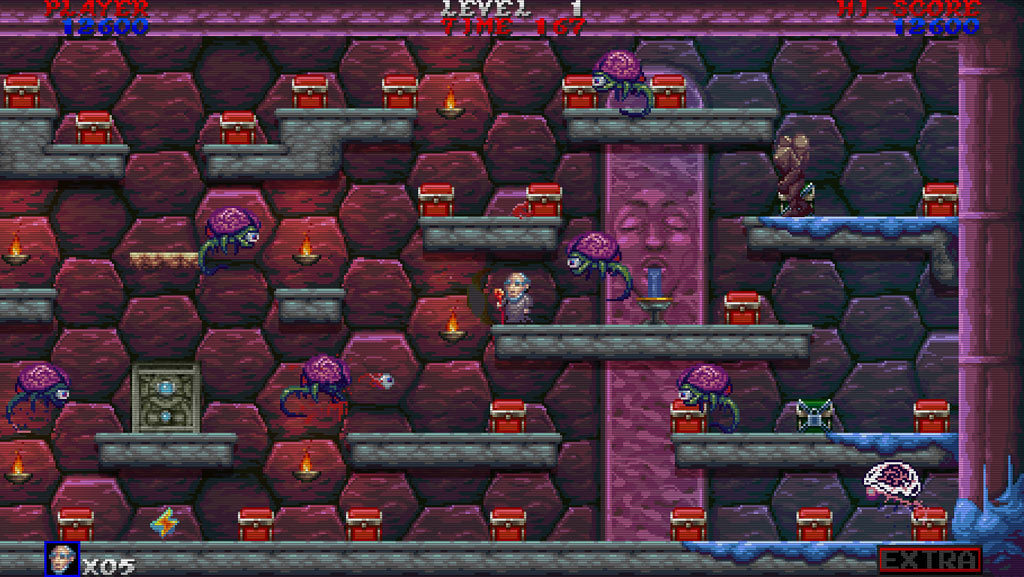 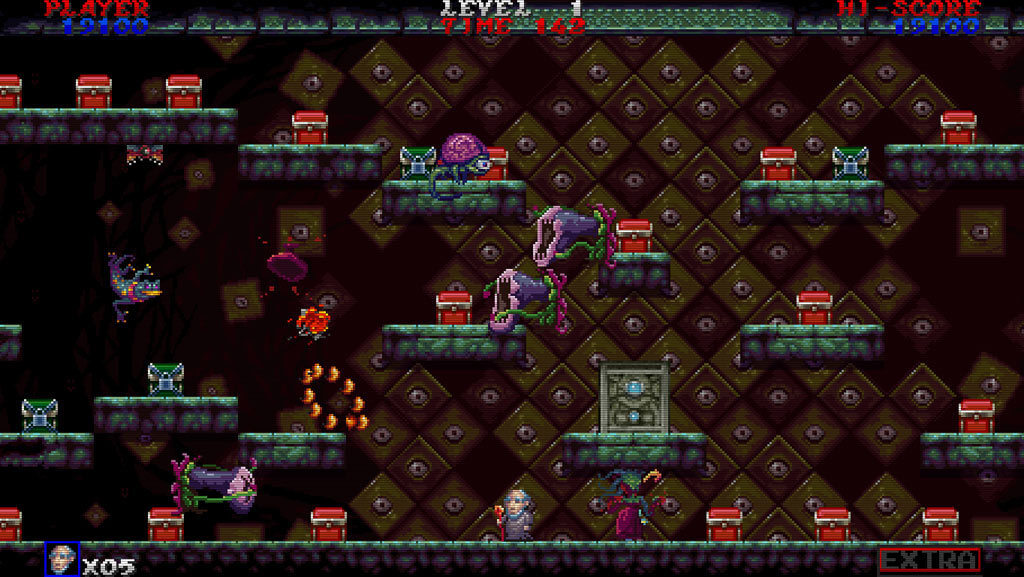 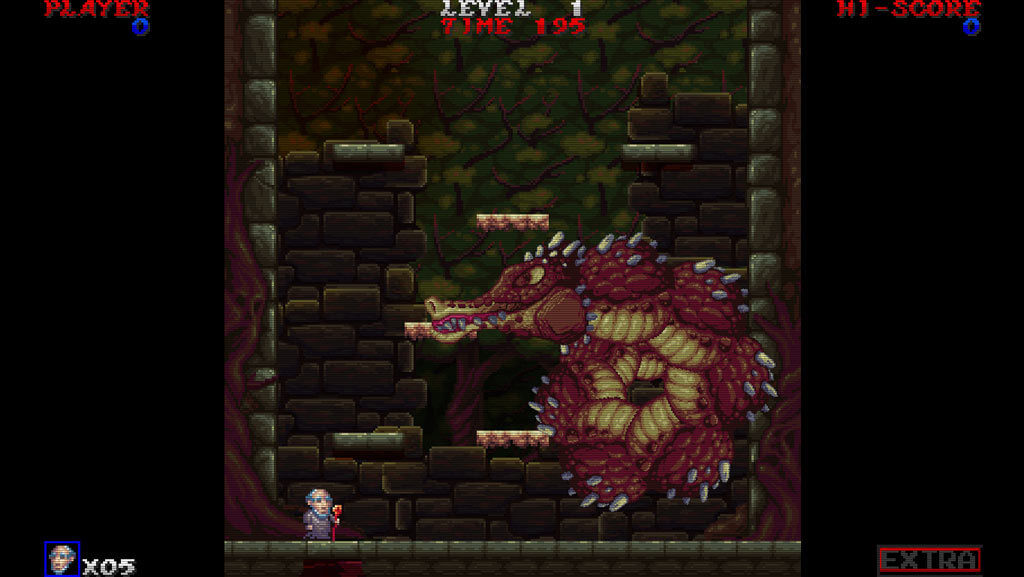 Eternum Ex is a retro platform video game with the look and feel of the ’80s arcade cabinet games. Titles that have inspired and most influenced its creation are: Bomb Jack (Tehkan, 1984), Ghosts’n Goblins (Capcom, 1985), Baluba-louk no Densetsu (Able, 1986) and Psychic 5 (Jaleco, 1987).

Sir Arthur has gotten old... too old. He has lost everything he had and loved, and with nothing more to lose he leaves for Samarnath, an evil subterranean kingdom (which no knight has ever returned alive) in search of treasures, adventures and the most important: five magical orbs that together provide: the Eternal youth.

Thanks to its progressive difficulty curve, and with a path divided into “worlds” of 5 levels each one, Eternum Ex is challenging, addictive and an ode to the nostalgia of the golden age of arcade games.

Easy to play, hard to master

With a very simple core gameplay mechanics, an increasing difficulty, an exciting and addictive gameplay, and with a very precise control, Eternum Ex is perfect for retro hardcore gamers but also for those who want to start in retro games, and even for those who want to show children how games were when game industry was taking its first steps and gameplay was the most important factor in a video game.