In East India Company, players will enjoy building the World's most powerful trading empire & engaging in vigorous battles in both single player & multiplayer modes, all within a breathtaking cinematic game environment. 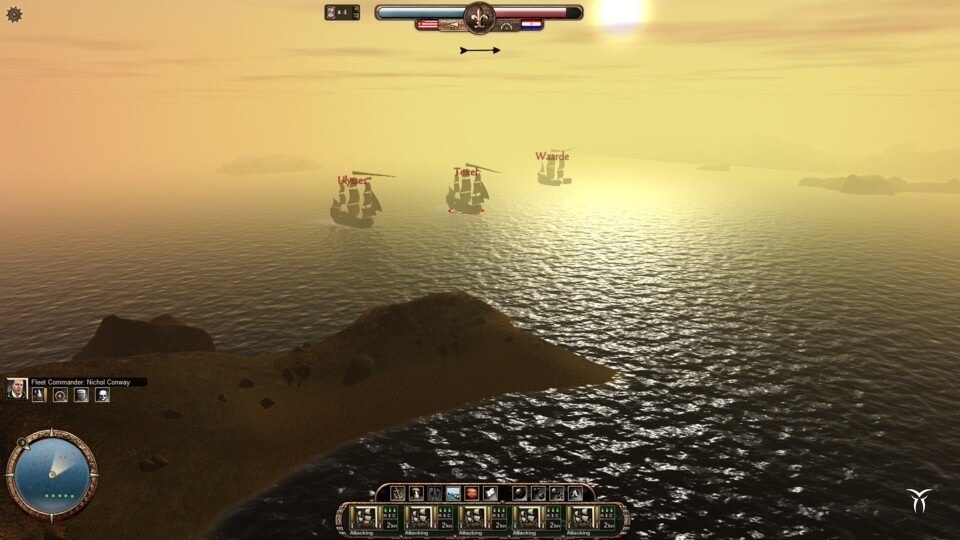 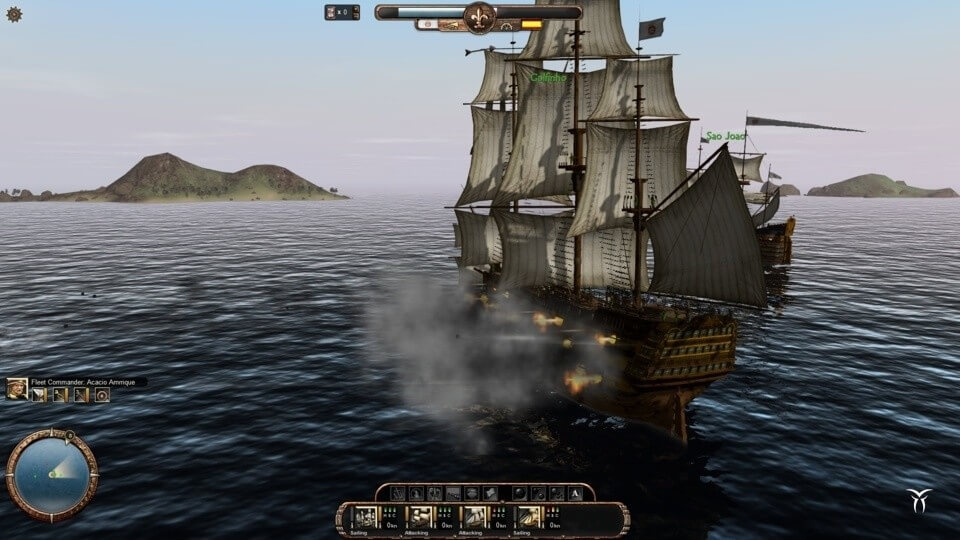 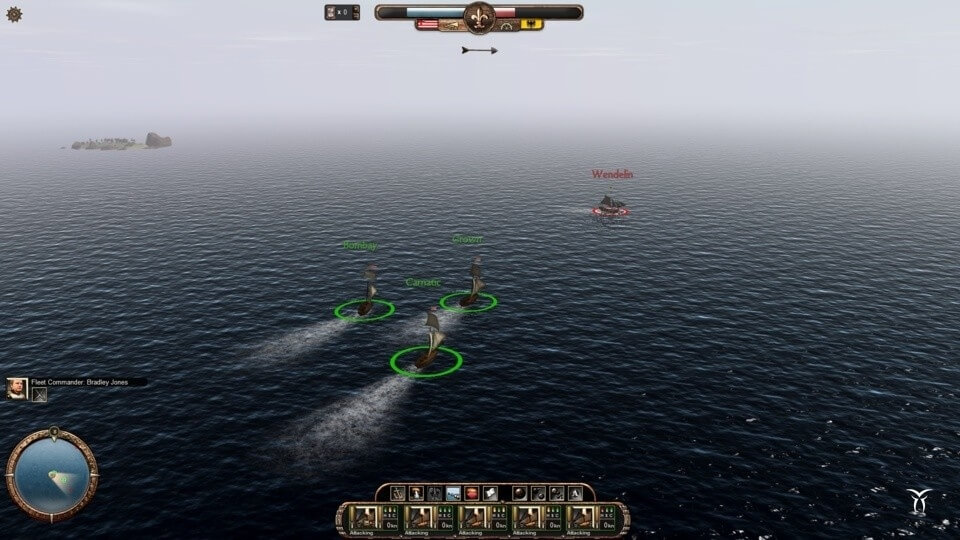 In East India Company, players will enjoy building the World's most powerful trading empire & engaging in vigorous battles in both single player & multiplayer modes, all within a breathtaking cinematic game environment.

Players will fight, manage, and rule nations from Europe to the Far East with eight nationalities to chose from: British, Dutch, French, Danish, Portuguese, Swedish, Spanish, and the Holy Roman Empire. Starting modestly, you will build your fleet, establish connections to far away countries, and keep the rivaling nations at bay. Choose from a wide array of ship classes, including a variety of transport and military vessels. Create diverse fleets and assign each of them specific trading routes. Control and upgrade well situated ports as you form your strategy for domination.

Conflicts and wars are inevitable. When hostile fleets engage each other, the spectacular naval battles are fought from a real-time tactical level. Devastating broadsides are fired with a deafening roar and cannon balls tear through enemy ships and their crew. For greater tactical depth, command your ship and give independent orders to each of your fleets. Fight against the other European powers to create a trading empire that will rule above all others in this groundbreaking strategy war game!

Want to concentrate on naval combat, looting trade ships and raiding ports? Pirate Bay is add-on campaign to East India Company that lets you play as a pirate.

You start with one ship and you have 20 years to make your fortune by attacking trading ships that are constantly going to East Indies and back. You can also raid ports in order to loot the valuable trade items from their trading posts.

But beware: Your captain represents you and if he is killed that will spell swift end to your career. When the campaign ends, the amount of money you have accumulated during your career will be the measure of your success. Pirate Bay-campaign results can be uploaded to your East India Company gamer profile to let everybody know who's the best pirate of them all!

Fans of East India Company will get the chance to experience the darker side of naval trading and combat with the upcoming expansion, East India Company: Privateer. Players will get to take on the role of a ruthless seafaring privateer, motivated solely by a thirst for fortune and holding allegiance only to those who will pay for their services.

Players will operate their own fleets, commanded by merchant or privateer captains, with the goal of accumulating as much wealth as possible and by any means necessary. Though it offers a limited time frame, Privateer is more mission-oriented than the original game, as players free of allegiances can embark upon such missions as smuggling, blockading ports, and hunting down ships bearing diplomatic envoys.

East India Company: Battle of Trafalgar recreates the legendary sea battle fought between the British Royal navy and the combined fleets of the French and Spanish navies during the height of the Napoleonic wars in late 1805.

Featuring historically accurate ships from all three fleets along with the key naval personnel of the battle, East India Company: Battle of Trafalgar is a simulation of what in reality was the most decisive British naval victory of the war.

Led by Admiral Lord Nelson aboard HMS Victory, an outnumbered British fleet sank 22 enemy vessels off of the South West coast of Spain without a single ship of their own being lost.