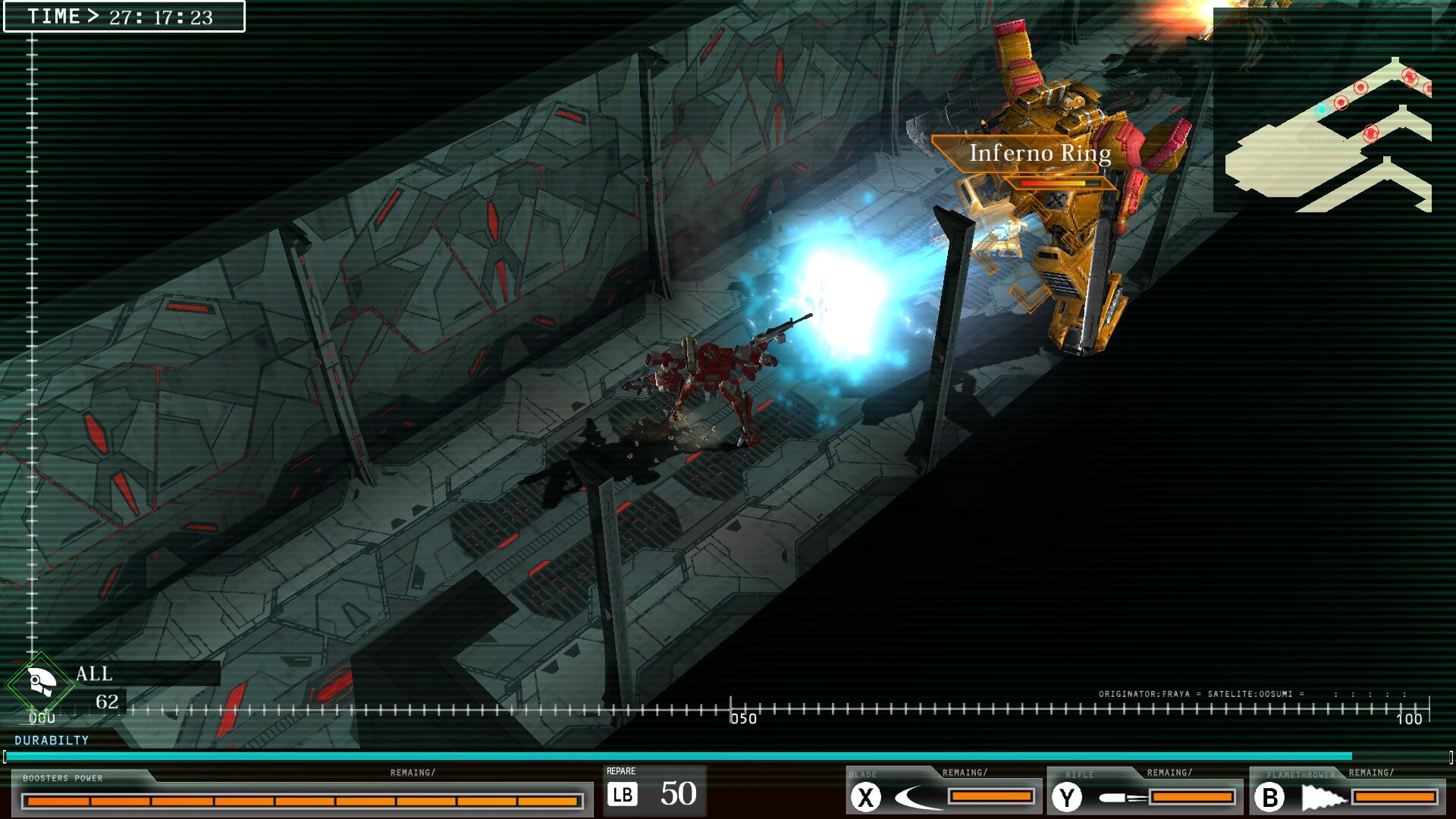 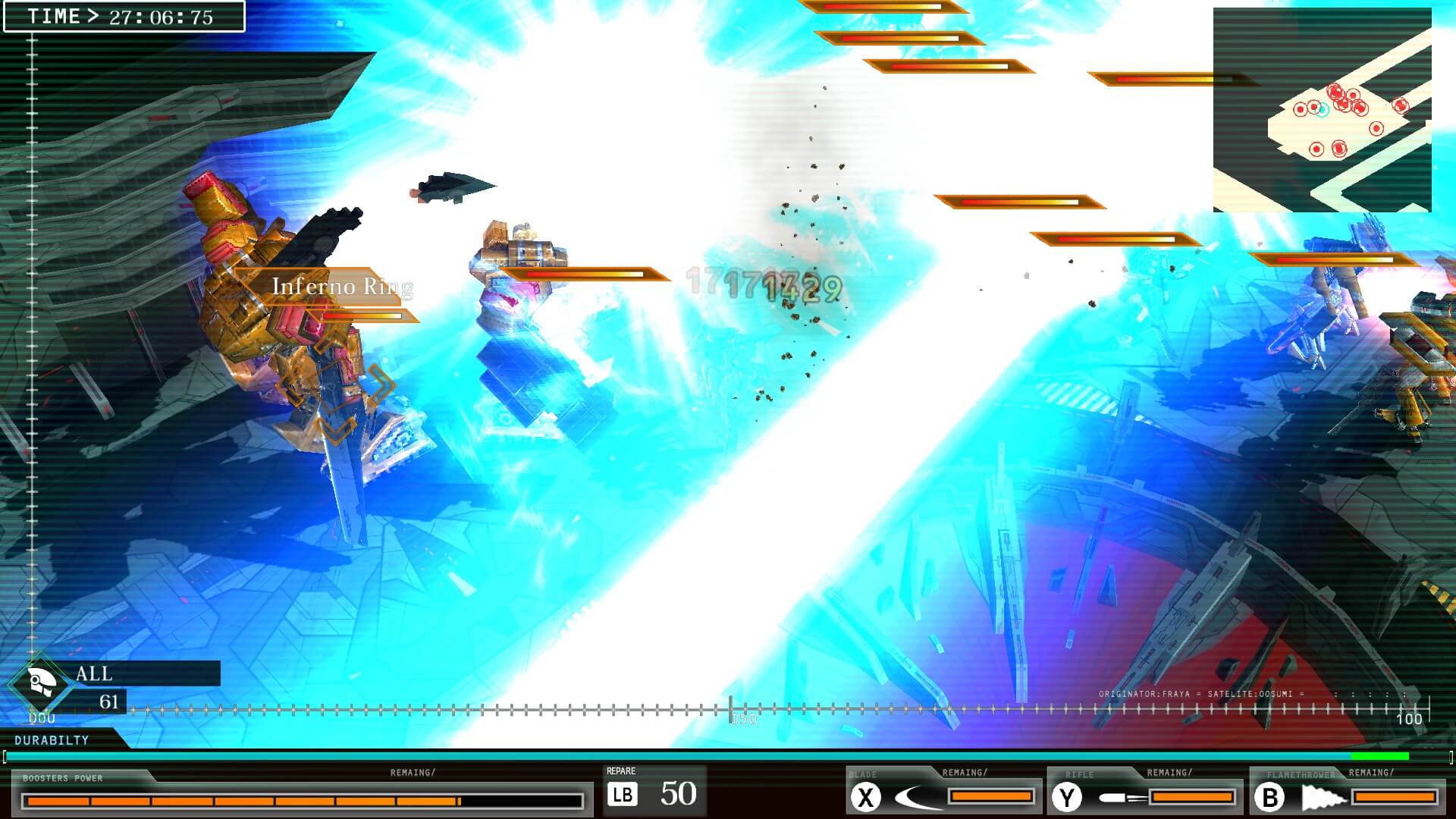 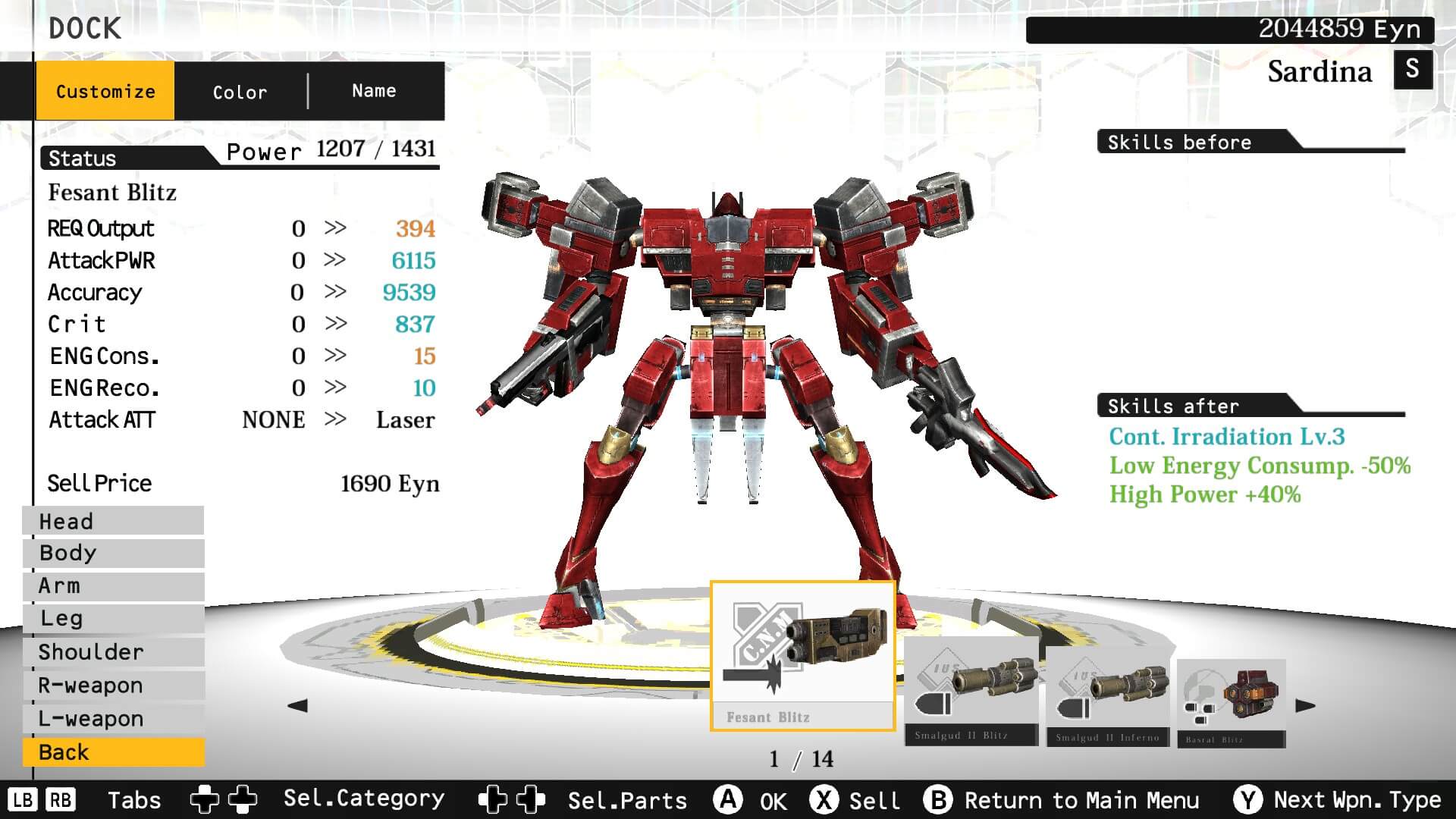 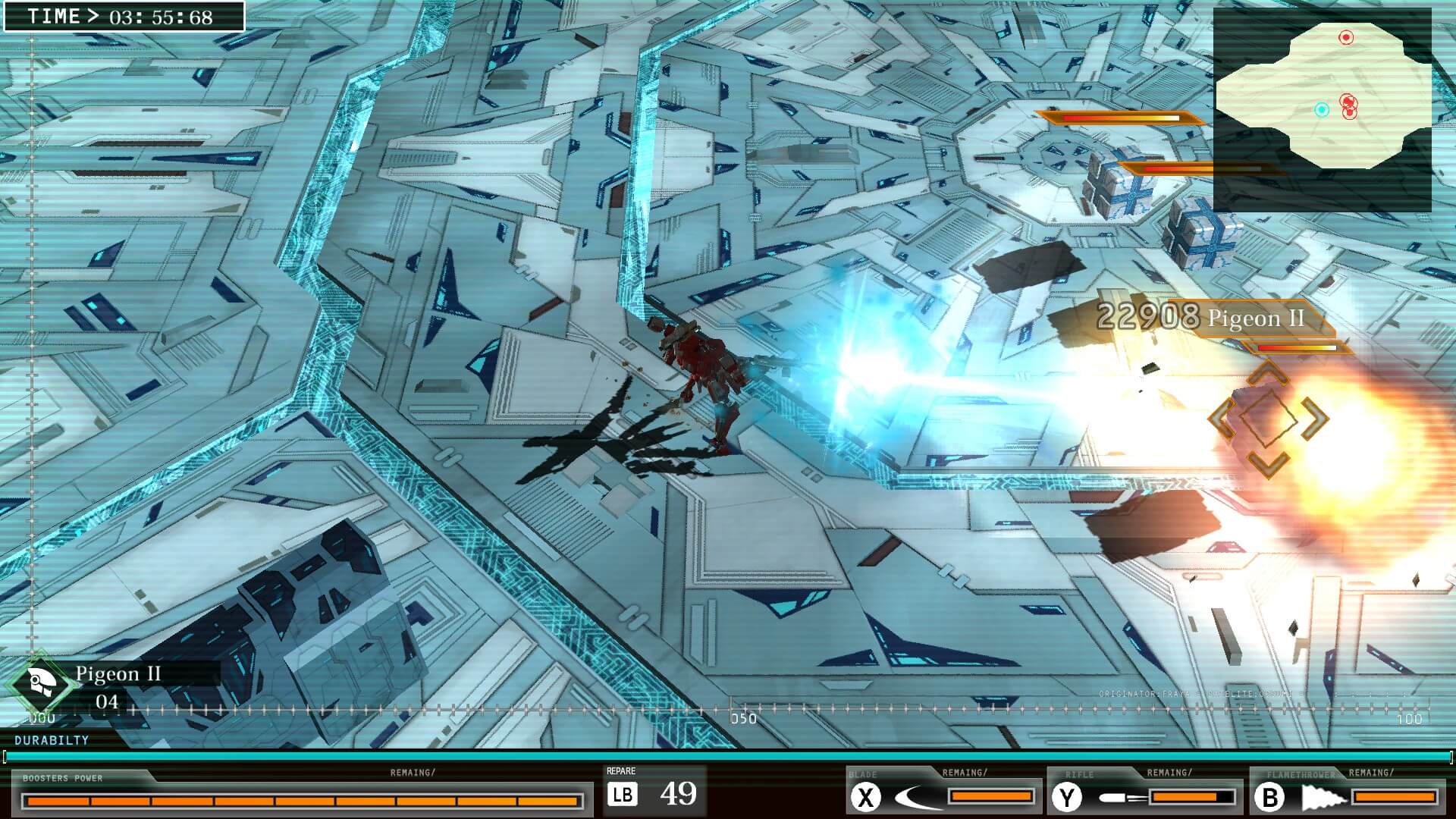 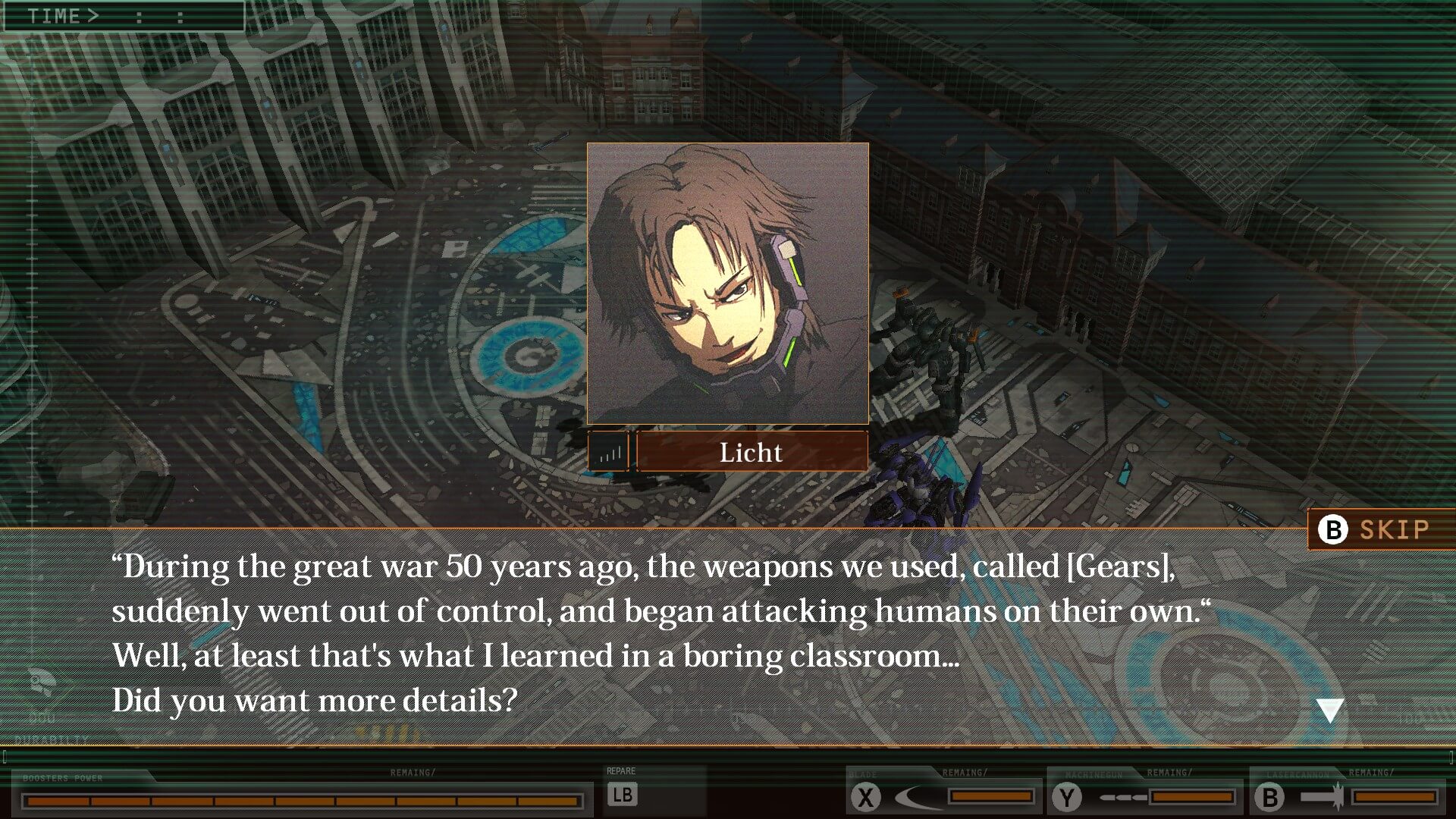 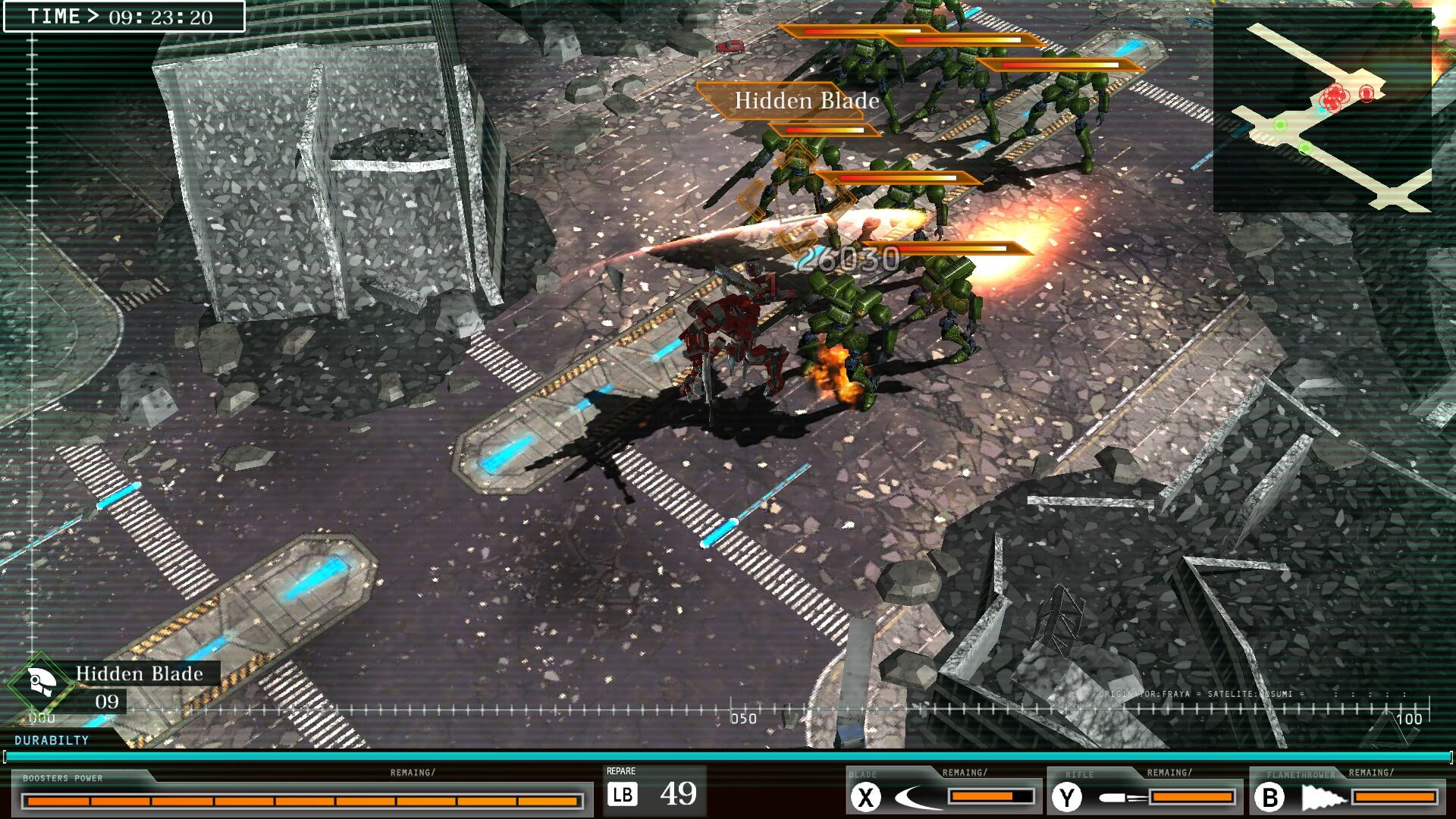 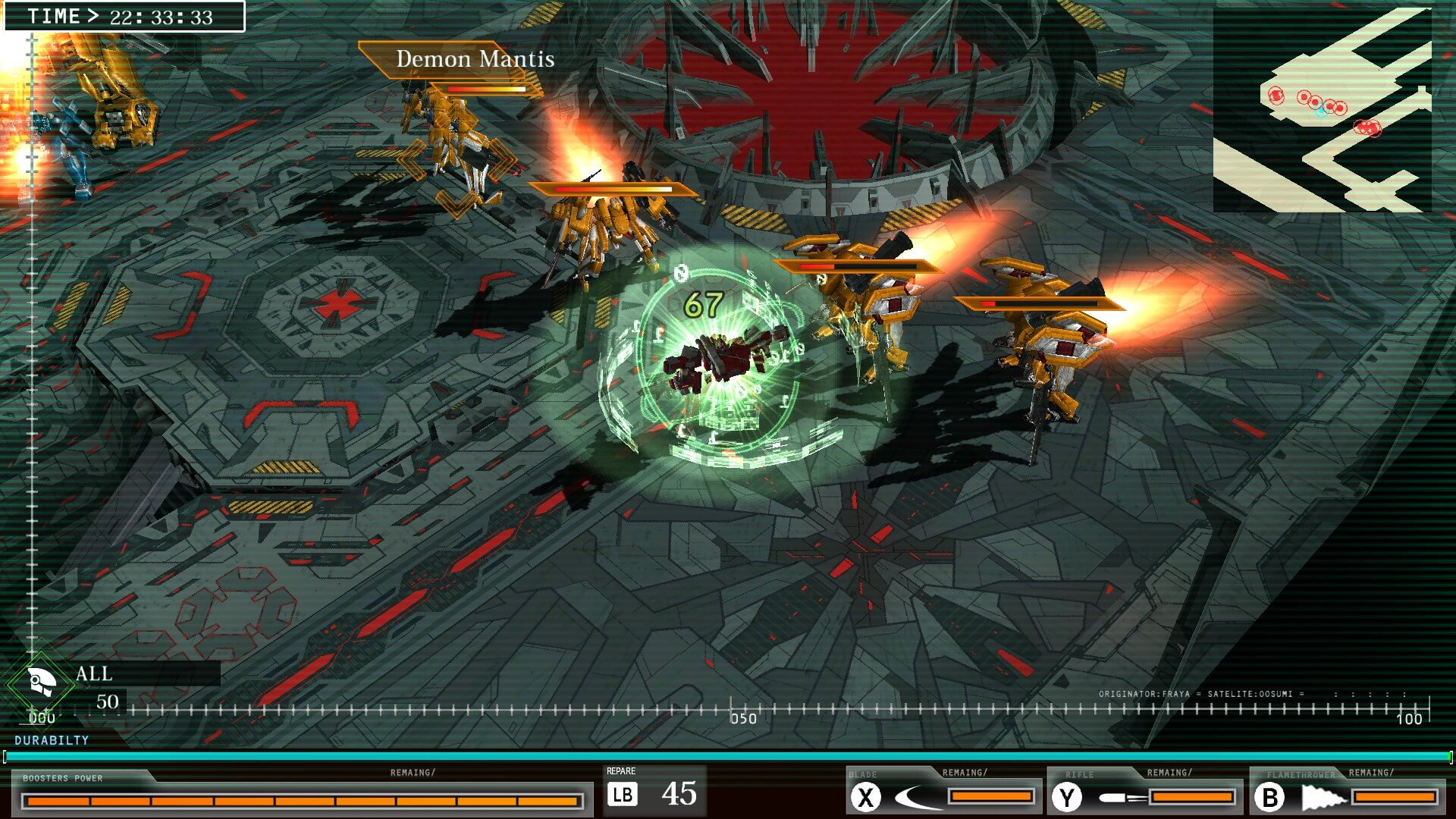 Ride in the Anti-RAGE Weapon System Gears, destroy enemies, salvage for parts and upgrade your Gear, to reclaim the world!

Included in the PC version are all of the extra scenarios formerly introduced as DLCs in the PlayStation®Vita system release.

The Hero Creation mode, which depicts a new story after the end of the main story, has also been included!

World War IV. A war by humans, with an ending that no humans had possibly hoped for.

The humanoid weapon system Gears, which formed the primary battle force of any war-front,

went berserk on a massacre against humanity.

In a blink of an eye, most of humanity's civilization has been annihilated,

forcing the remaining survivors to live in underground shelters.

The berserk Gears were then called RAGE.

and has now risen up to battle over the reign for the surface, against the RAGE.

As a new member of the Specialist Organization Freya, you will undertake many missions to reclaim Tokyo from the RAGE.

There are over 50 missions, including everything from subjugation to escorts, transportation of materials, rescues, etc.

- Use Your GEAR to Destroy the RAGE!

You will use your own personalized Gear to fight the RAGE, and recapture the surface.

You can take various parts from the RAGE that you have defeated, and use them to strengthen your own Gear.

- Gather Parts, and Strengthen Your Gear!

At the Dock, you can customize your Gear with parts taken from the RAGE, and strengthen your Gear.

There are various types of usable parts, ranging from armor to weapons, and you can customize your Gear to fit your combat style.

Furthermore, some of these parts may have special Properties to strengthen your Gear further.

- Obtain Parts with Properties, and Advance to New Heights!

There are times when the parts you obtain have effects known as Properties on them.

Equipping these parts will grant your Gear with additional effects.

There are various Properties, including useful effects such as enhanced endurance, or speed boost.