Blackthorn Arena is a strategy/management sim with a real-time/turn based combat system, set in a world of mythical monsters and classic fantasy races. Play as the master of Blackthorn Arena, train your slaves into gladiators, forge them into your champions, and send them to fight for your glory! 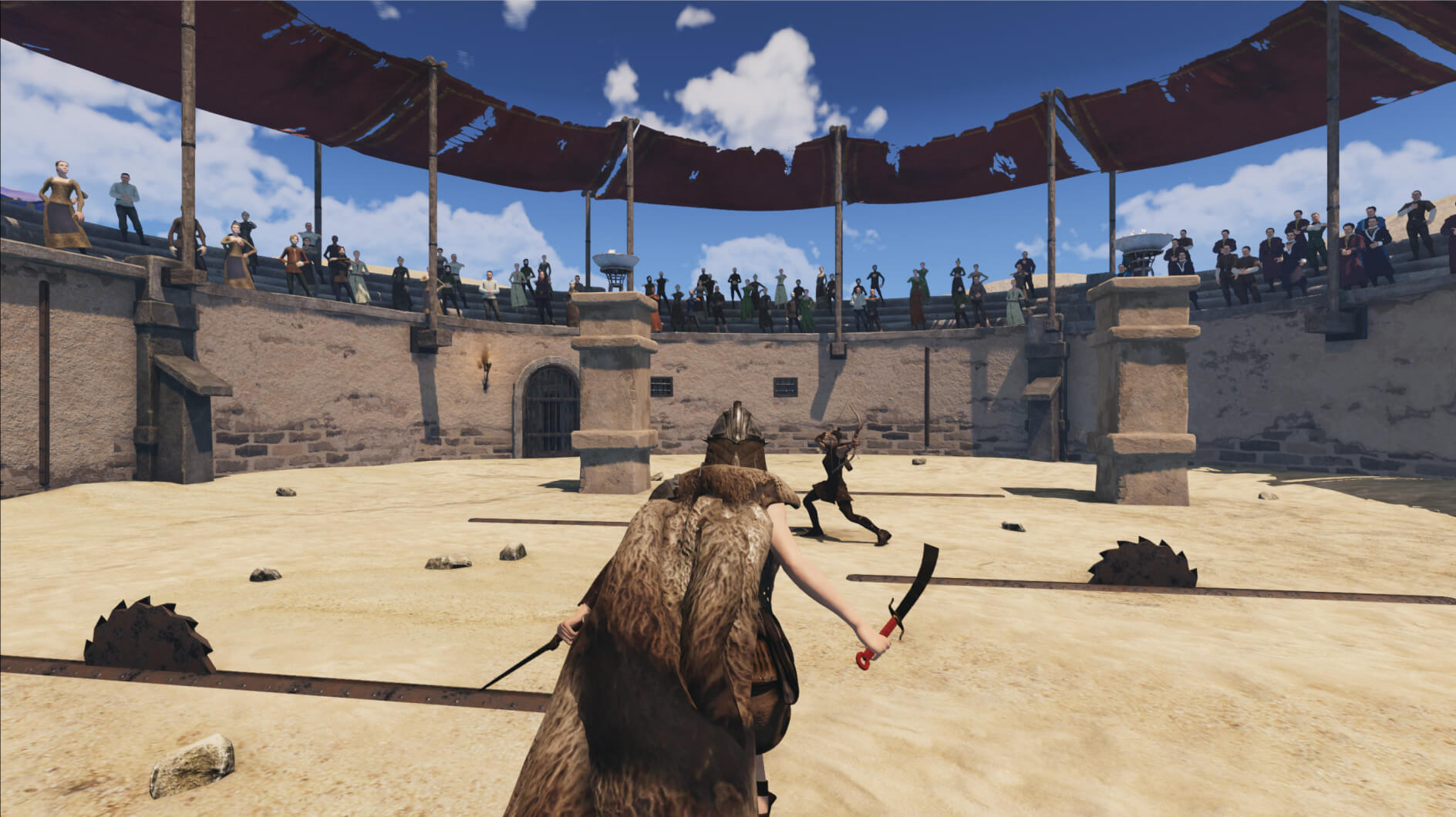 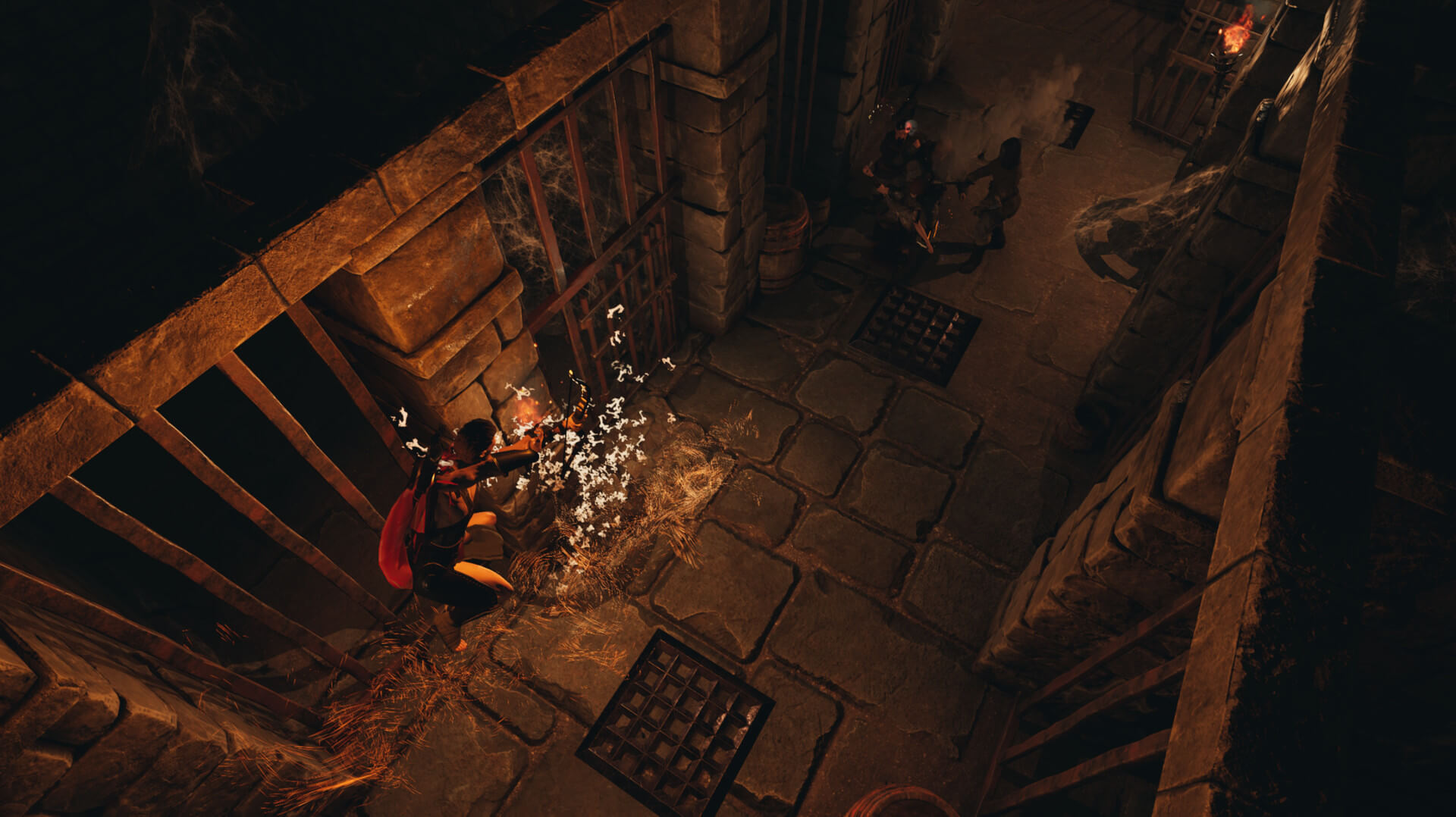 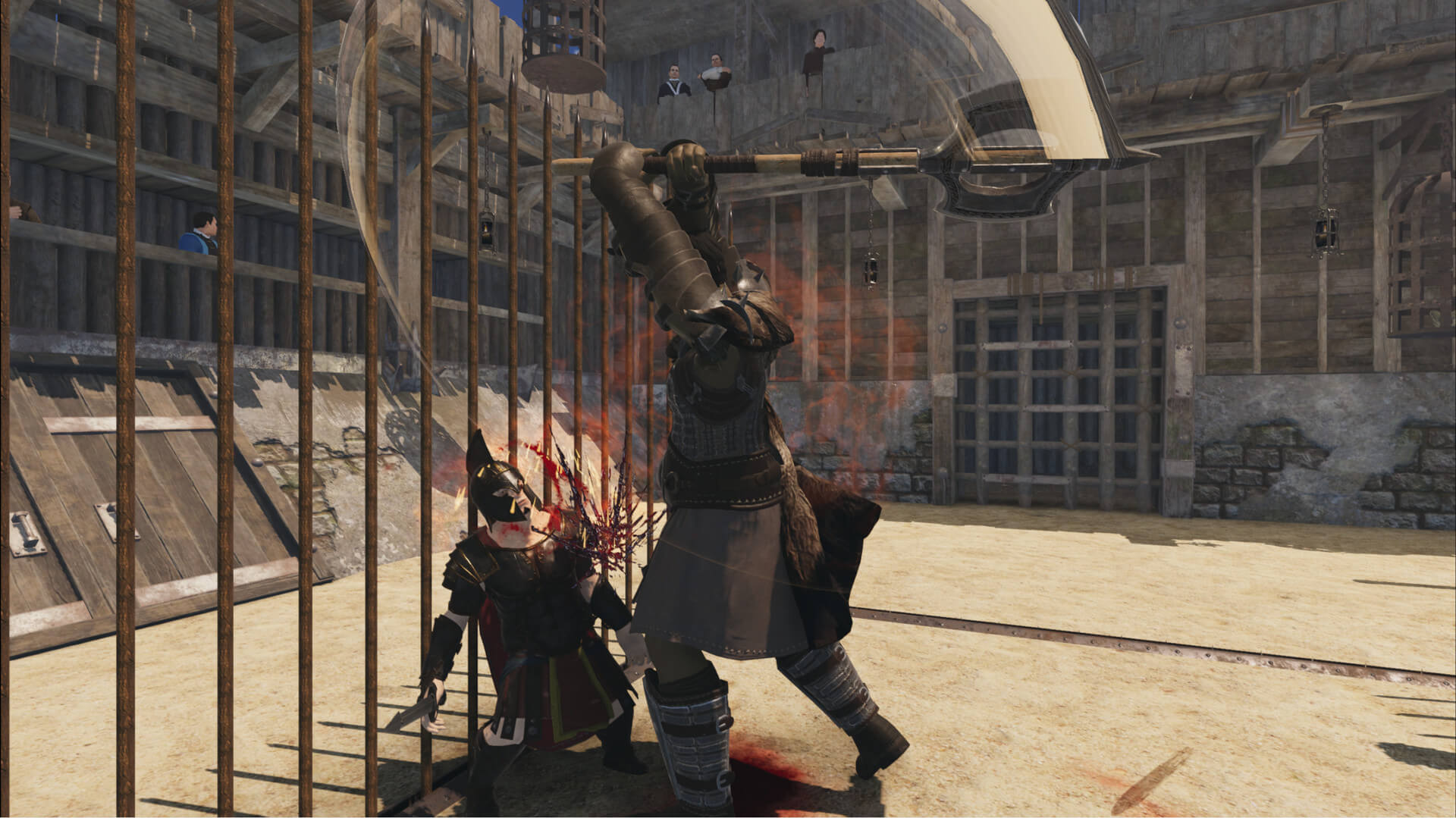 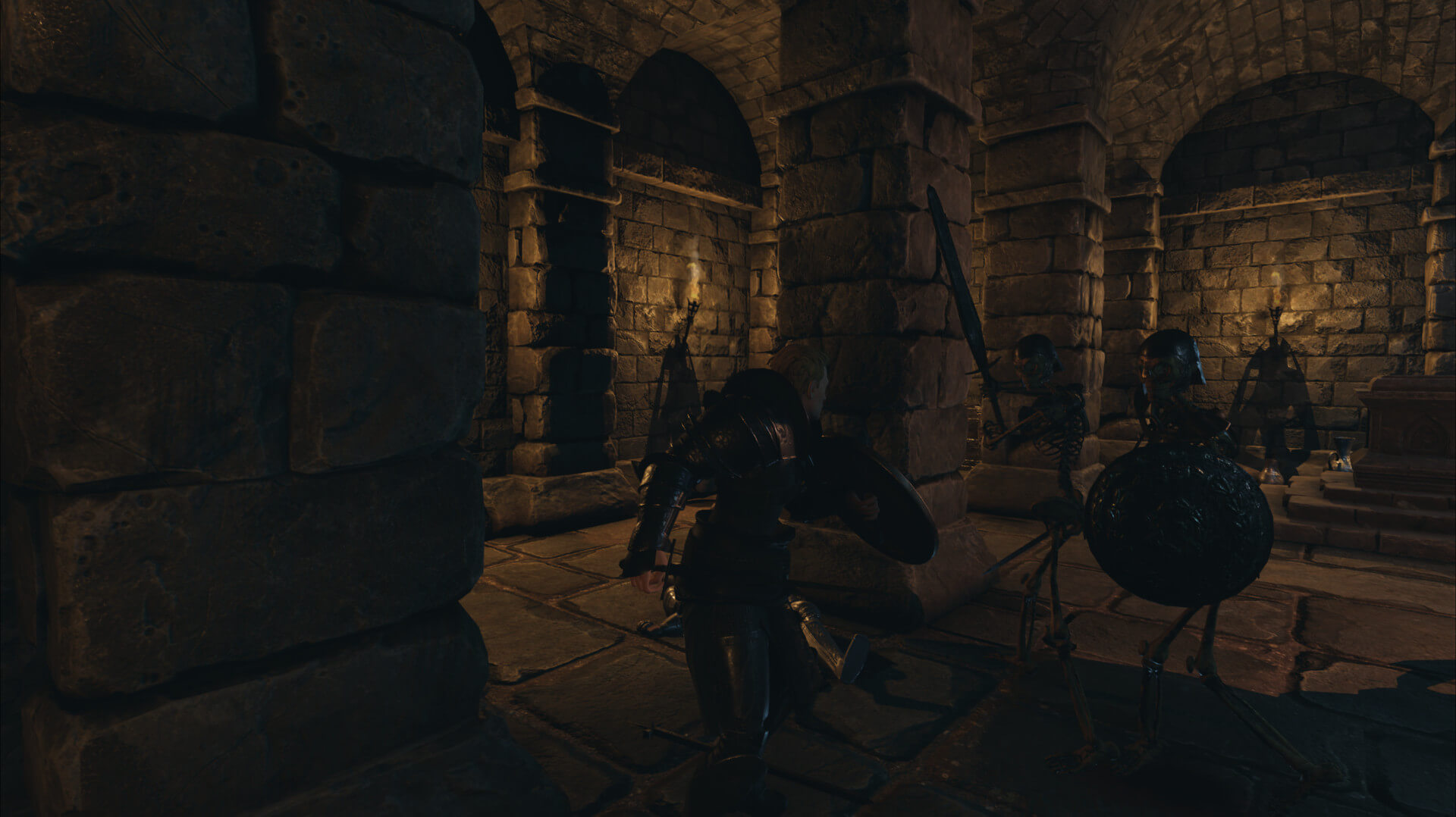 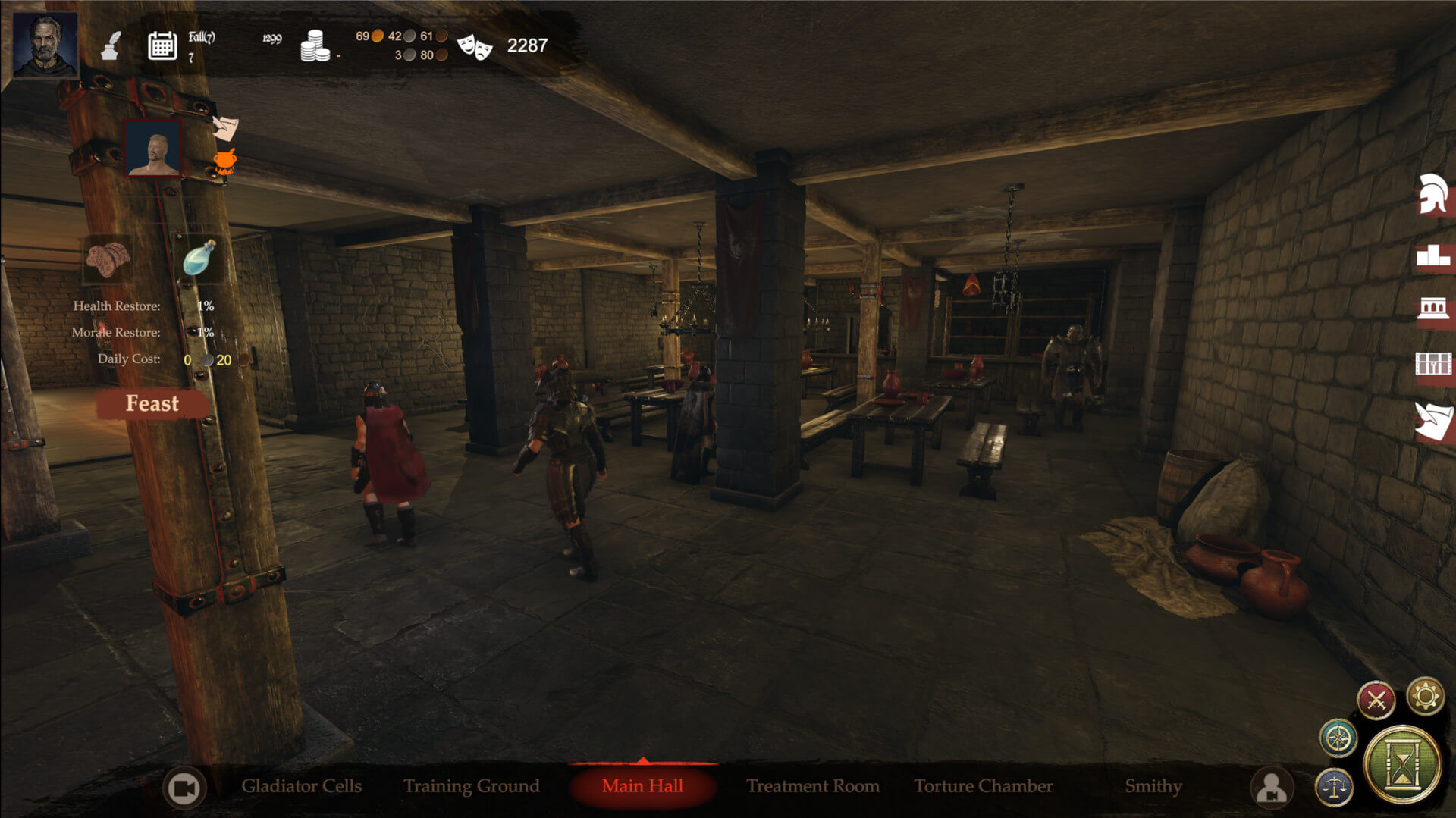 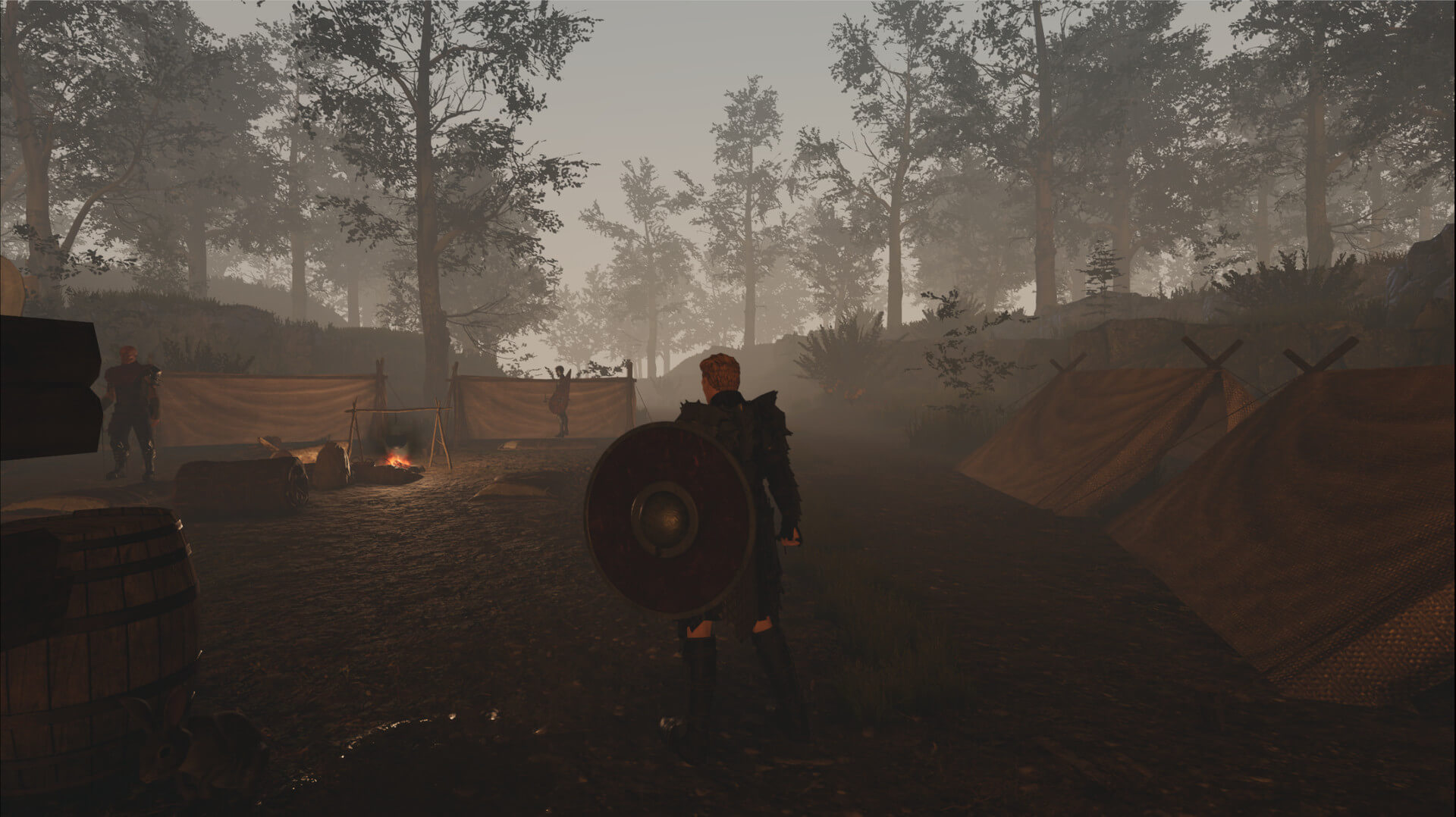 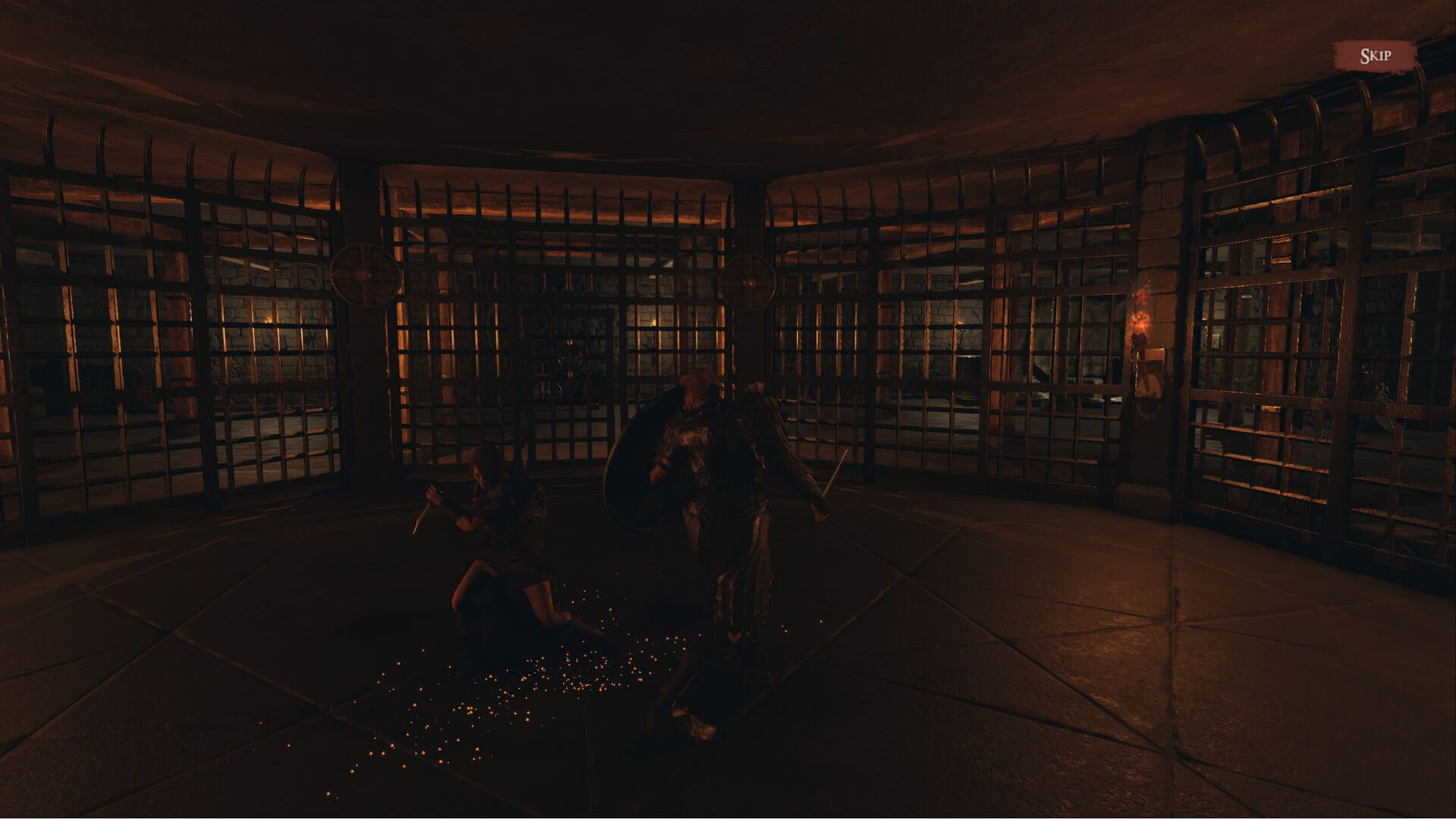 The story of the game takes place in a savage land of several city states called "Freeland". Here, the slave trade was still commonplace. As the heirs of the black thorn arena, you vowed to take back the honor of your own family.

Buy slaves and train them into gladiators. You will need to manage their attributes, skills, talents, and equip them with the best armors and weapons you can afford. Some of them may exhibit the capacity to become auxiliaries for your crew, such as cooks, healers, drillmasters, blacksmiths, etc.

Send your Gladiators to fight in more than 10 diverse arenas or dispatch them to all kinds of exploration and plunder in the Freelands. Defeat other gladiators and over 30 kinds of monsters. Challenge the champions of other arenas and take over their positions. Create your champions and become the most powerful arena master in the world.

Don’t forget you have an arena to manage! As your gladiators win battles in other arenas, you will gain money as a reward, as well as reputation. Money can buy new slaves, better equipment, and upgrades for your establishment when needed. Use your money wisely because everything in running an arena depends on it. Reputation is important too, as having a high degree of it when holding a game will grant you considerable income.

1) All gladiators Are Living People

All gladiators exist dynamically in the game’s world – not just the ones affiliated with you, but also the gladiators in other Arenas or ones who belong to other masters. NPC gladiators will enroll in different competitions held all over the world every day. They could die, get injured, or grow stronger, just as your gladiators do. Whenever you defeat other gladiators, you can either spare their lives or execute them. If you spare gladiators, you may face them again in future clashes.

Blackthorn Arena offers players a cRPG character development system. Choose between 6 major attributes,6 weapon types, 8 unique genres, and combine over 100 combat skills to build a unique fighter. There are no classes, so you create your own! Your fighters will also gain various traits during their gladiatorial career. Some of them may have a strong impact on competitions.

Equip your gladiators with over 200 pieces of armor and weapons, not just for combat effectiveness but also for the aesthetic! Each set of armor has a unique appearance and will be reflected in the game’s advanced avatar system. At the same time, legendary quality weapons and gears are waiting for players to explore and obtain.

4) Abundant Events and Side Missions

As an arena master, you must deal with several events every day. Some of them may be opportunities while others spell disaster. Thus dealing with all kinds of emergencies also becomes an important and inevitable experience of taking charge in an arena. Meanwhile, there are a large number of side missions in the game. Players can trigger them and send gladiators to participate in the missions such as robbery of caravans, exploration of dungeons, beast hunting, and many other kinds of quests!

Players can dispatch gladiators to various exploration areas, discover, defeat or capture powerful and rare fantasy creatures, and put them into their arena, as the finale of hosting Venationes.

6) A Variety Of Different Arena Rules

The battle between the arenas is not limited to just 1v1, 2v2, 3v3, or 4v4. At the same time, there are different battle modes such as venationes, exhibition, tag fight, throne challenge and tournament to challenge players’ ability.

Powerful opponents from all different arenas will come to challenge the players' arena at any time! To defend your glory, or to judge the situation to save your strength? Making correct and appropriate judgments is a necessary ability as a qualified arena master.

8) Real-time Combat With A Tactical Pause

The game’s combat is based on real-time, but you can pause it at any moment to issue a command, switch between characters, or apply several other actions.

During fights, you can command only one gladiator at a time. The rest of them will fight automatically. But you can always edit your gladiators' combat AI so that they respond to different situations as you see fit. Besides, the player could switch between automatic combat or manual combat anytime during the fight.

The career of a gladiator is cruel and gory. Your gladiators could for example completely lose control of themselves due to shattered morale during the battles. And ultimately, be aware that your gladiators may die permanently when they are defeated! So do cherish their lives, but don't get overly attached to them.

Blackthorn Arena offers players with both real-time Combat System and Traditional Turn Based Combat System. Players could choose either one of two freely by the begining of the Game. ( P.S : Turn Based is currently still in beta , players might encounter serval bugs and issues during the gameplay. We would continually update to optimize it)