A tense multiplayer FPS set in the muddy, bloody trenches of WW1. In battles up to 50v50, players will be immersed in cinematic environments that convey the desperate & brutal circumstances of the Great War. Features an authentic arsenal & a unique melee combat system. 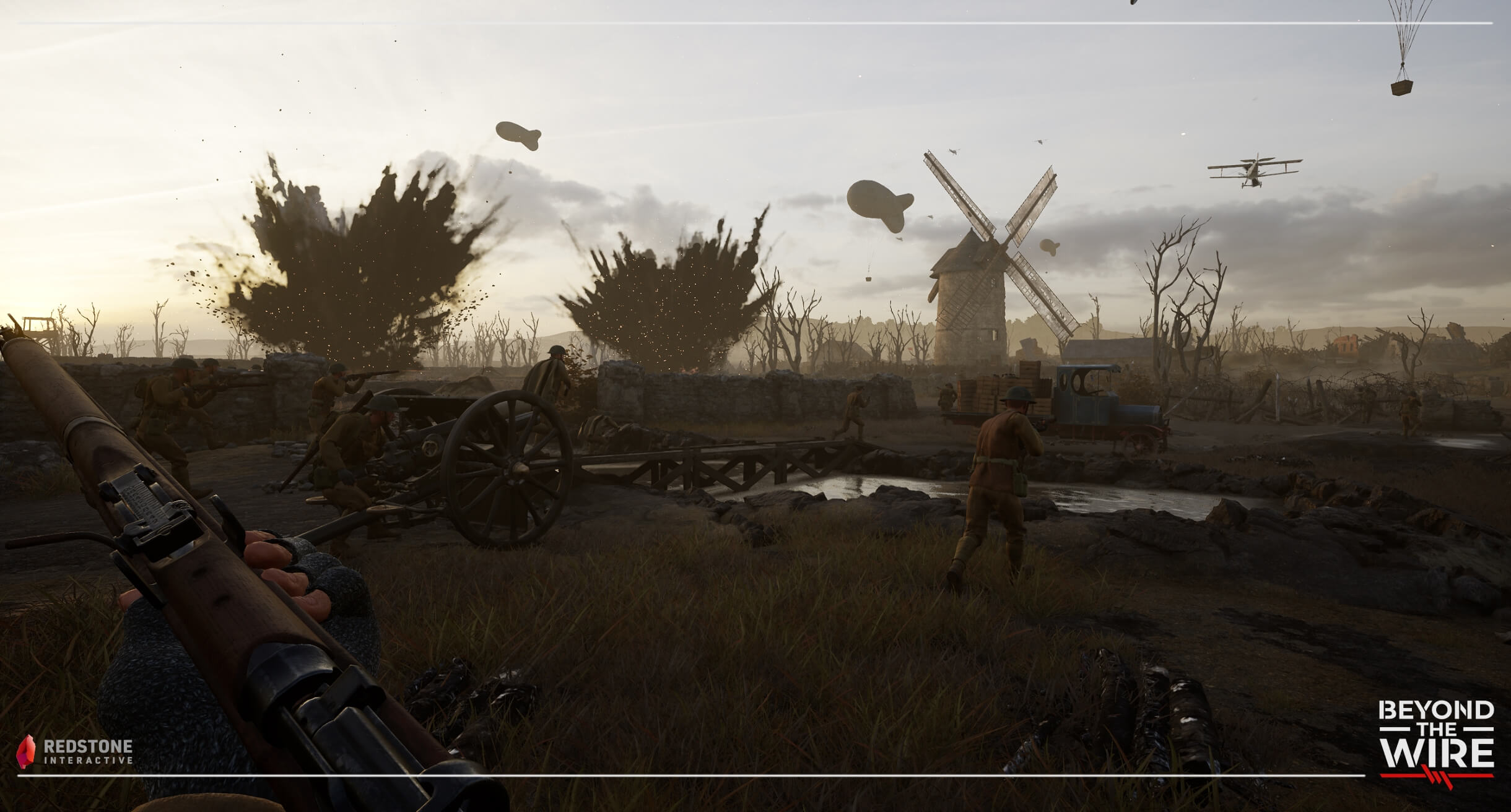 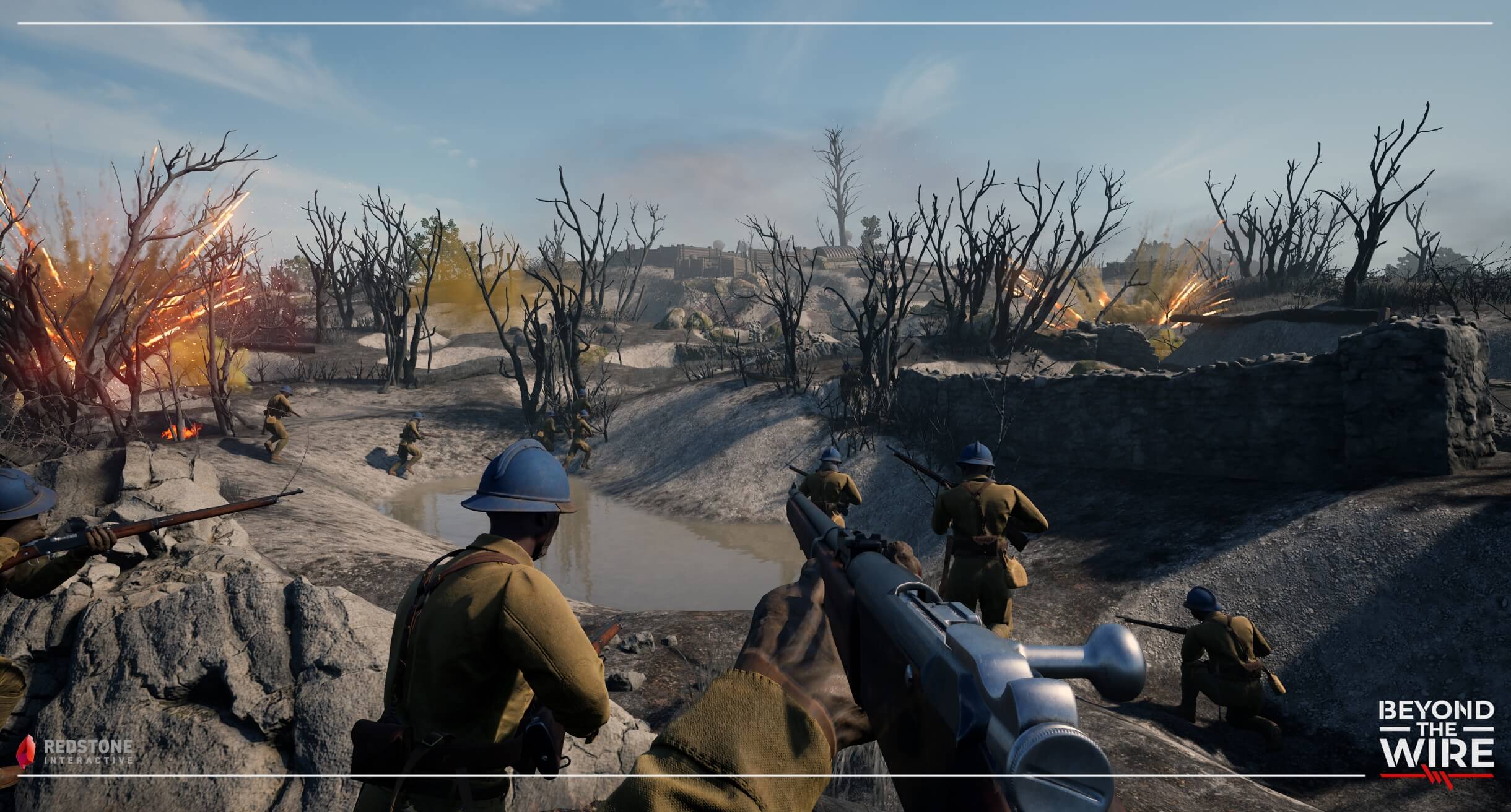 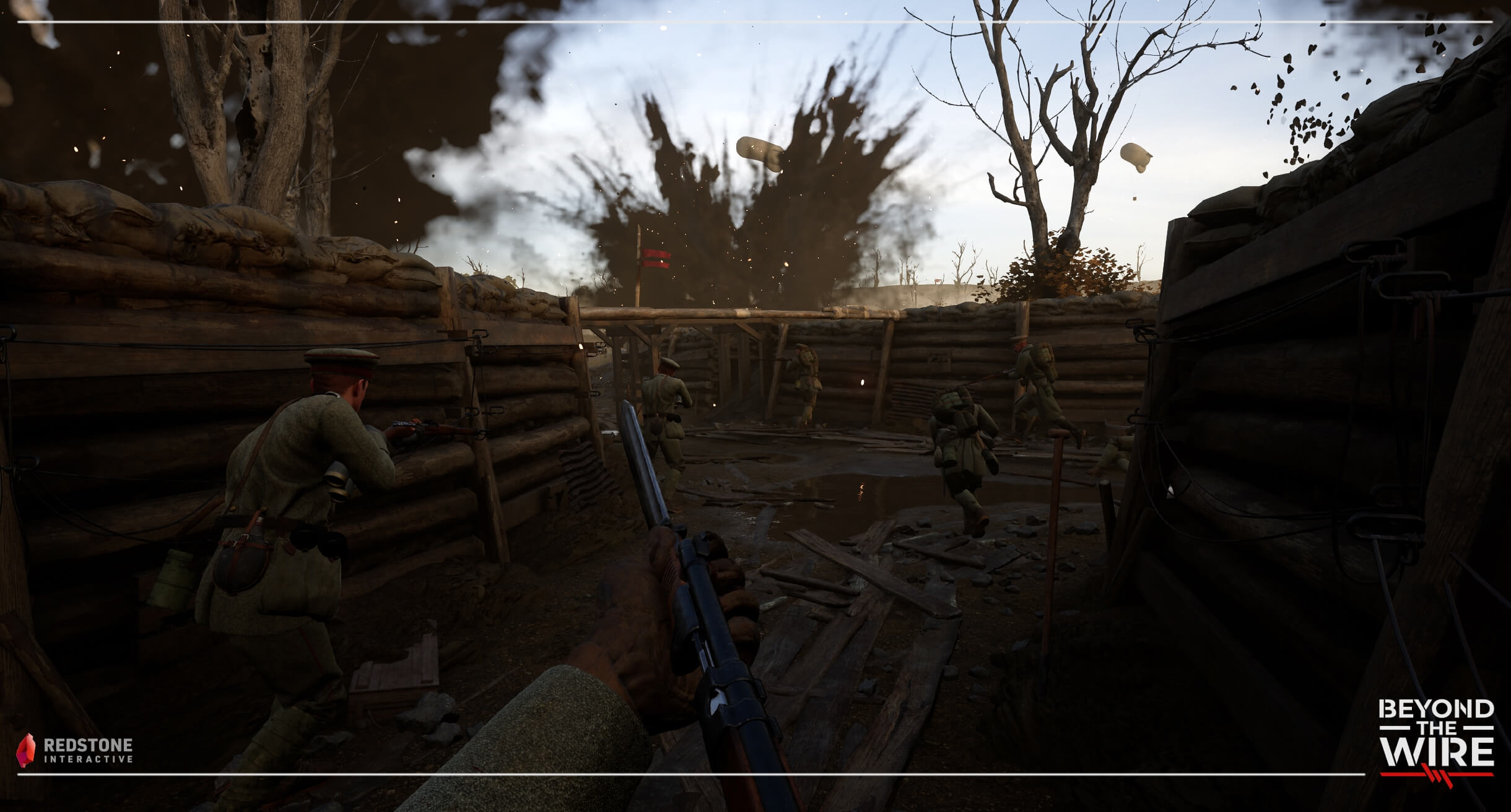 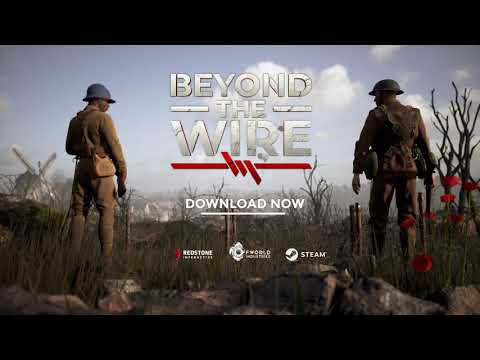 Beyond the Wire is a large scale multiplayer first-person shooter immersing players in the frantic and bloody Western Front of the Great War. In battles with up to 100 real-world combatants, players will have to contend with large open maps and tight claustrophobic trenches. Utilizing both period-appropriate guns and a more tactical close-quarters melee combat system, the action in Beyond the Wire is more comprehensive than anything seen in a WW1 game to date.

Beyond the Wire is now entering Early Access, with its wider release scheduled for 2022. Be sure to follow us for development updates and information about new content. We thank everyone that participated in our Closed Alpha!

- Melee combat adds one last brutal option to the arsenal of choices players have at their disposal. Our melee system includes directional input, and we will be adding even more weapon choice to this feature as development continues. All of this adds to the realistic portrayal of World War 1 combat.

- 100 players at a time face off in 50v50 tactical combat, with an emphasis on methodical bolt action rifle combat and the brutal scale of action soldiers faced on the front lines of the Great War.

- It’s muddy, it’s bloody, it’s gruesome. Tight corners, waves of bayonets on all sides, and limited vision - this game shows off Trench Warfare at its worst. Are you up to the challenge?

- Co-ordinate and chat with your fellow soldiers-at-arms! Beyond the Wire places an emphasis on team collaboration. Players succeed only when their teammates do.

- The horrors of war are honestly represented with realistic gore, brutal violence, and vision limiting attacks such as chlorine gas or white phosphorus.

- Weapons created with an emphasis on historical accuracy, with minor changes made only when it creates a more engaging and fun gameplay experience. While Beyond The Wire is not a simulation game, we strive for as much accuracy as possible while still ensuring a fun First Person Shooter experience for a wide range of players.

Processor: Intel Core i or AMD Ryzen with 4 physical cores

Processor: Intel Core i or AMD Ryzen with 6 physical cores