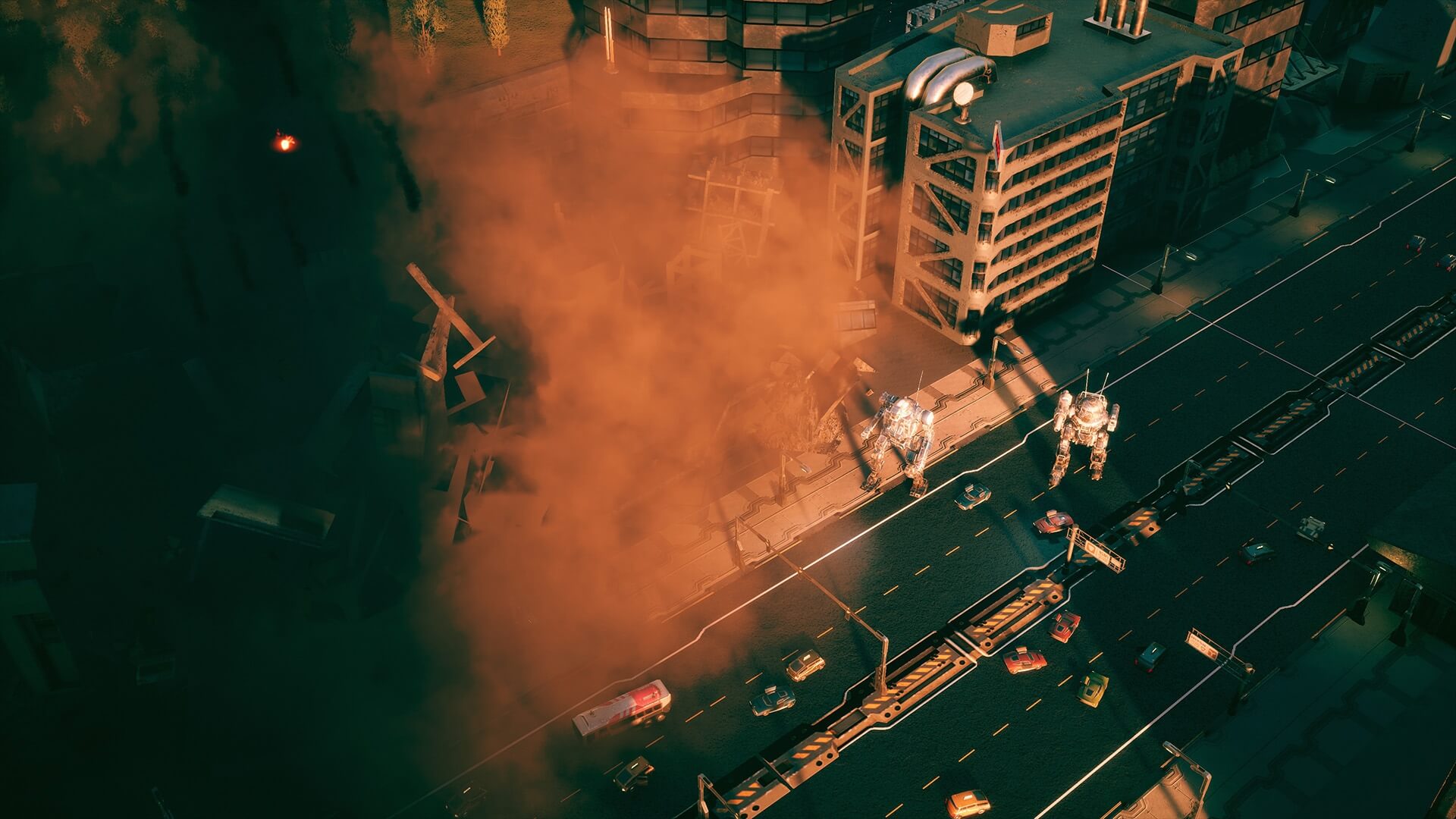 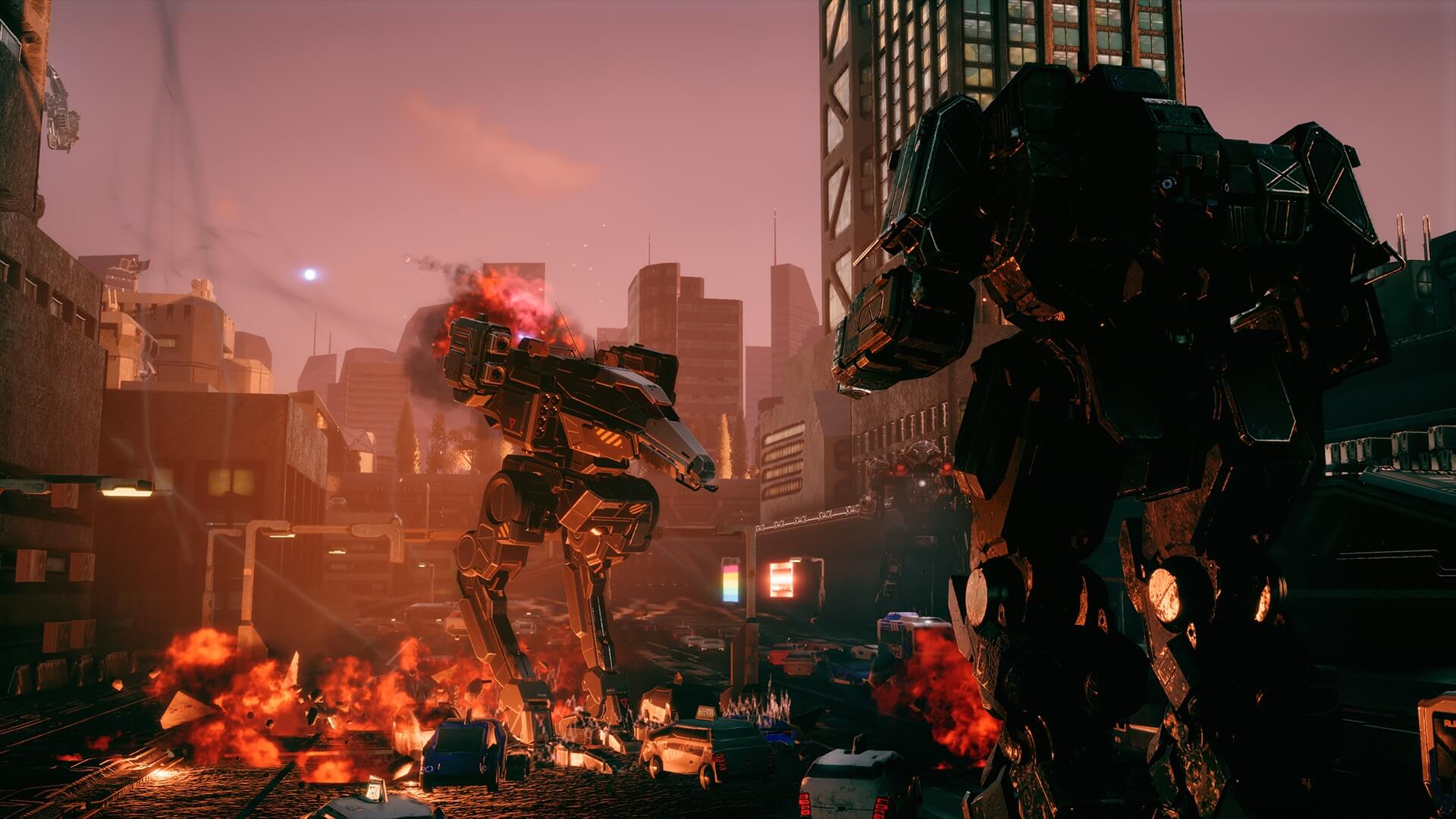 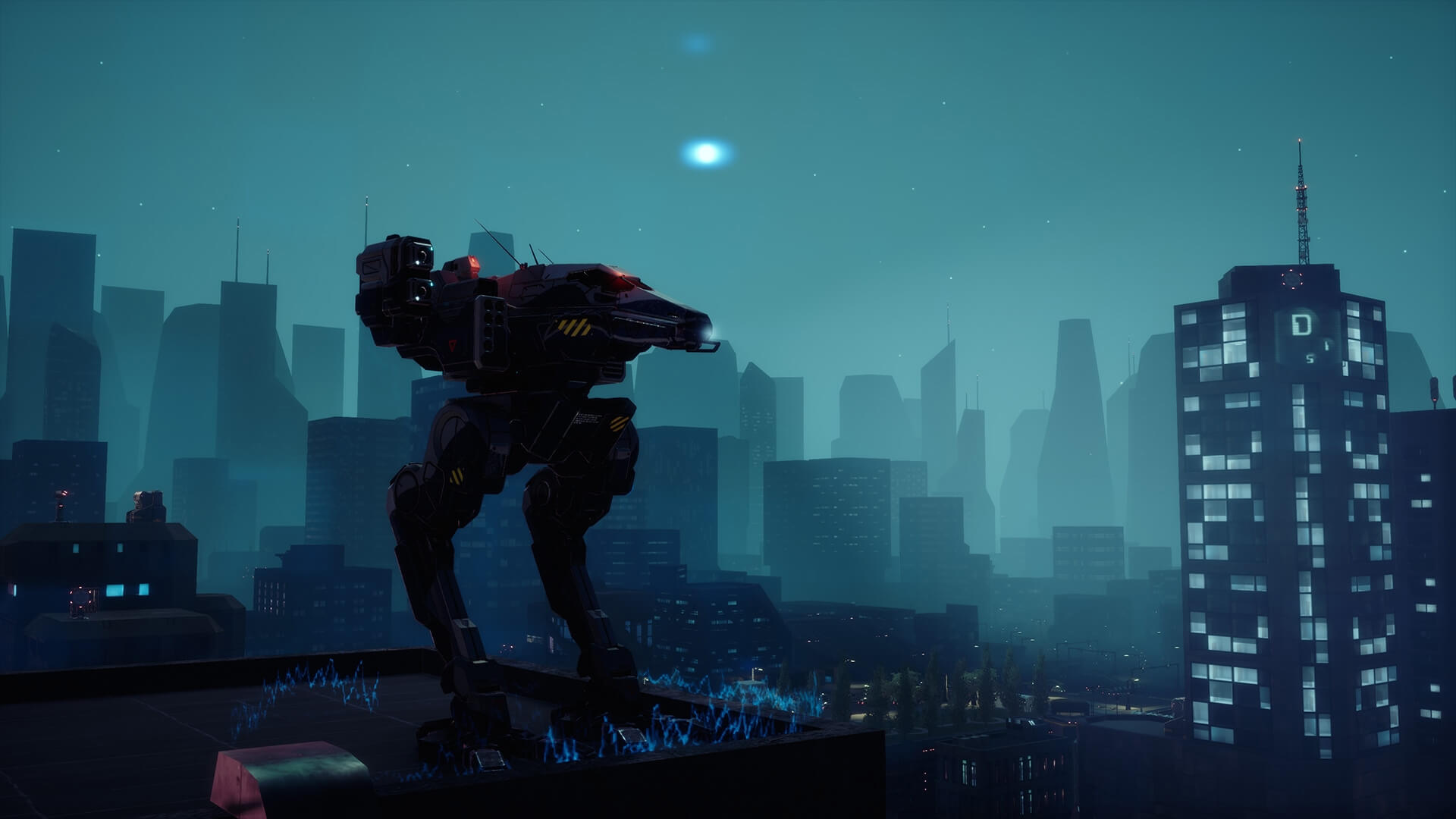 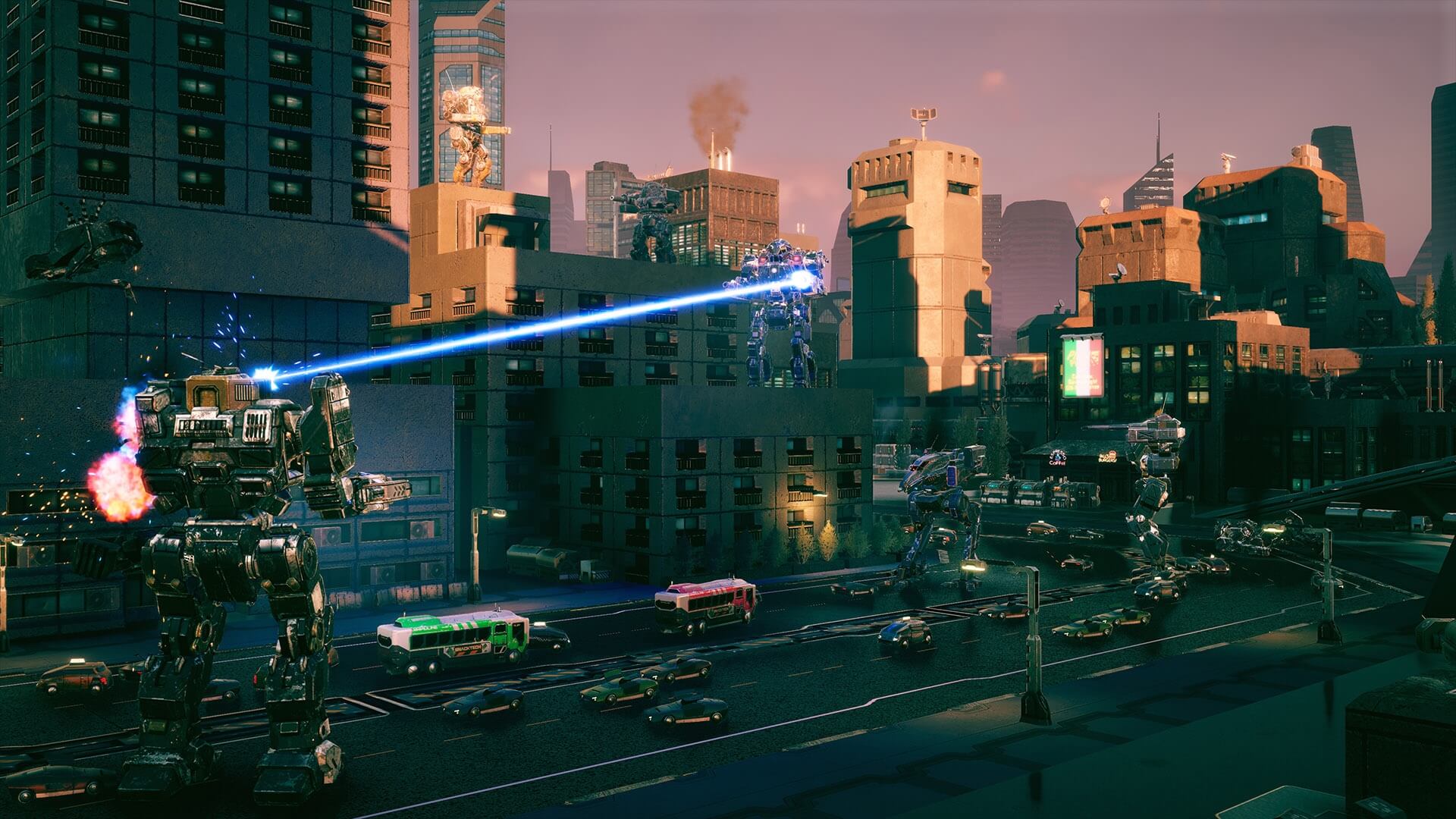 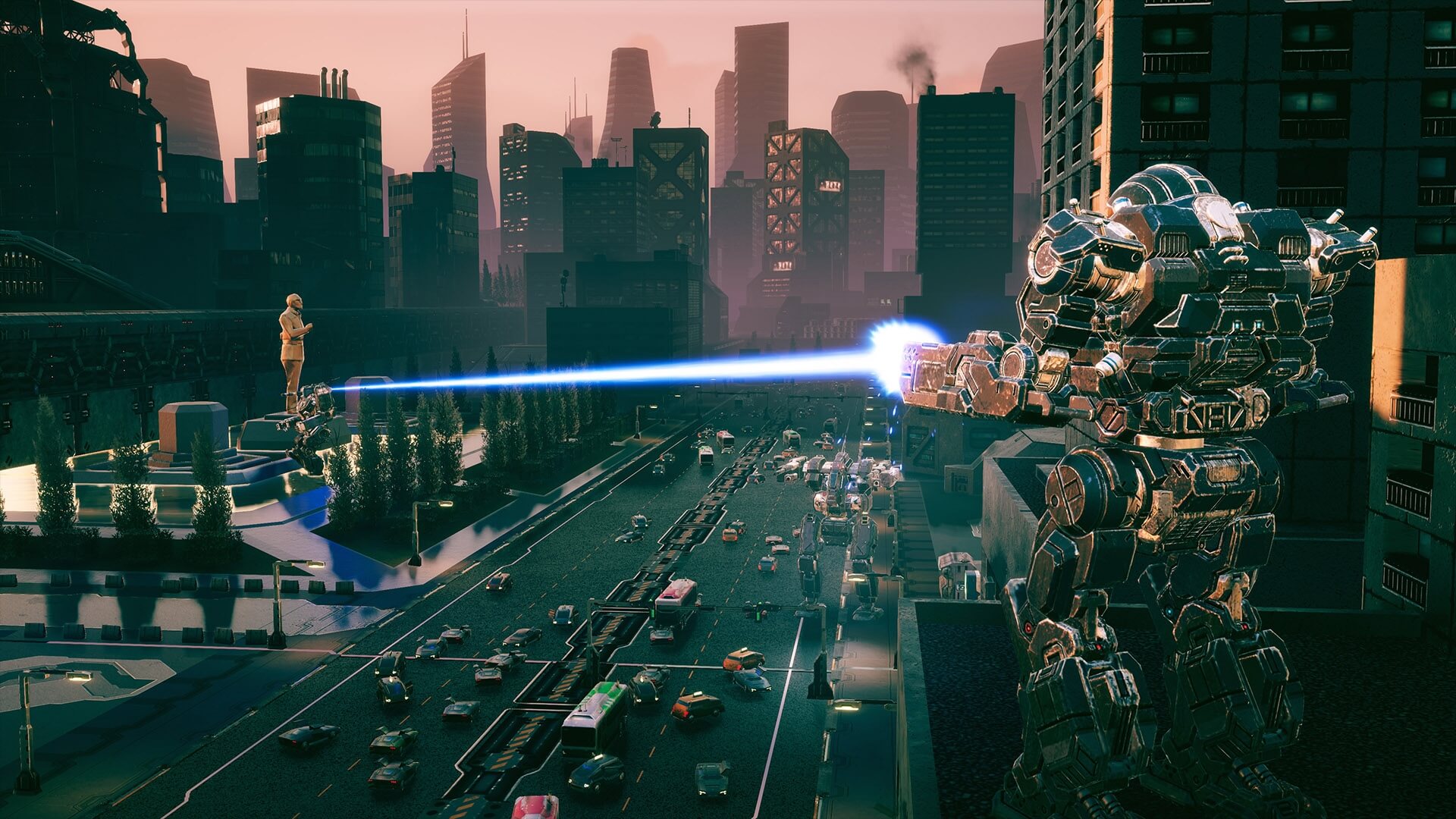 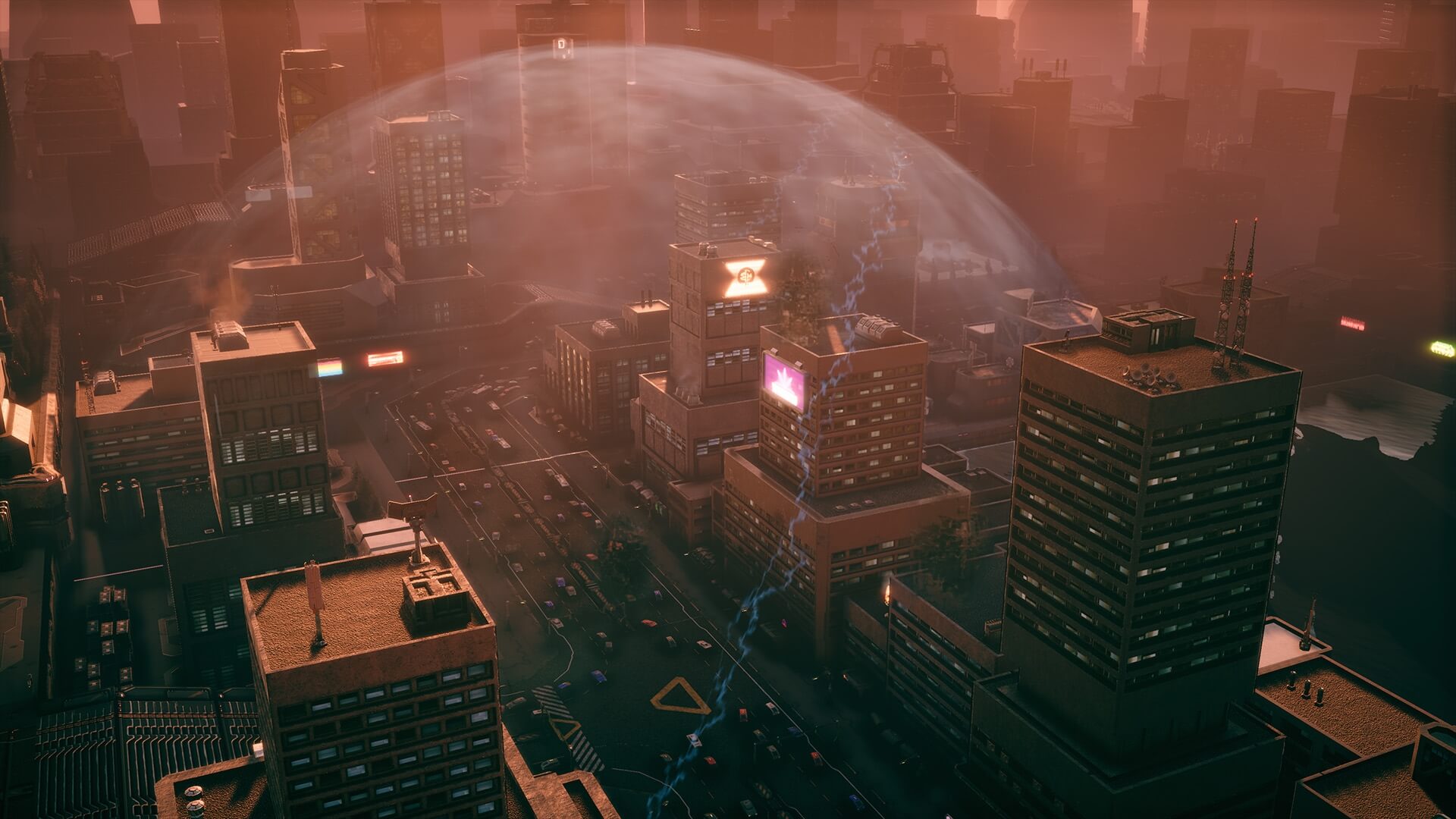 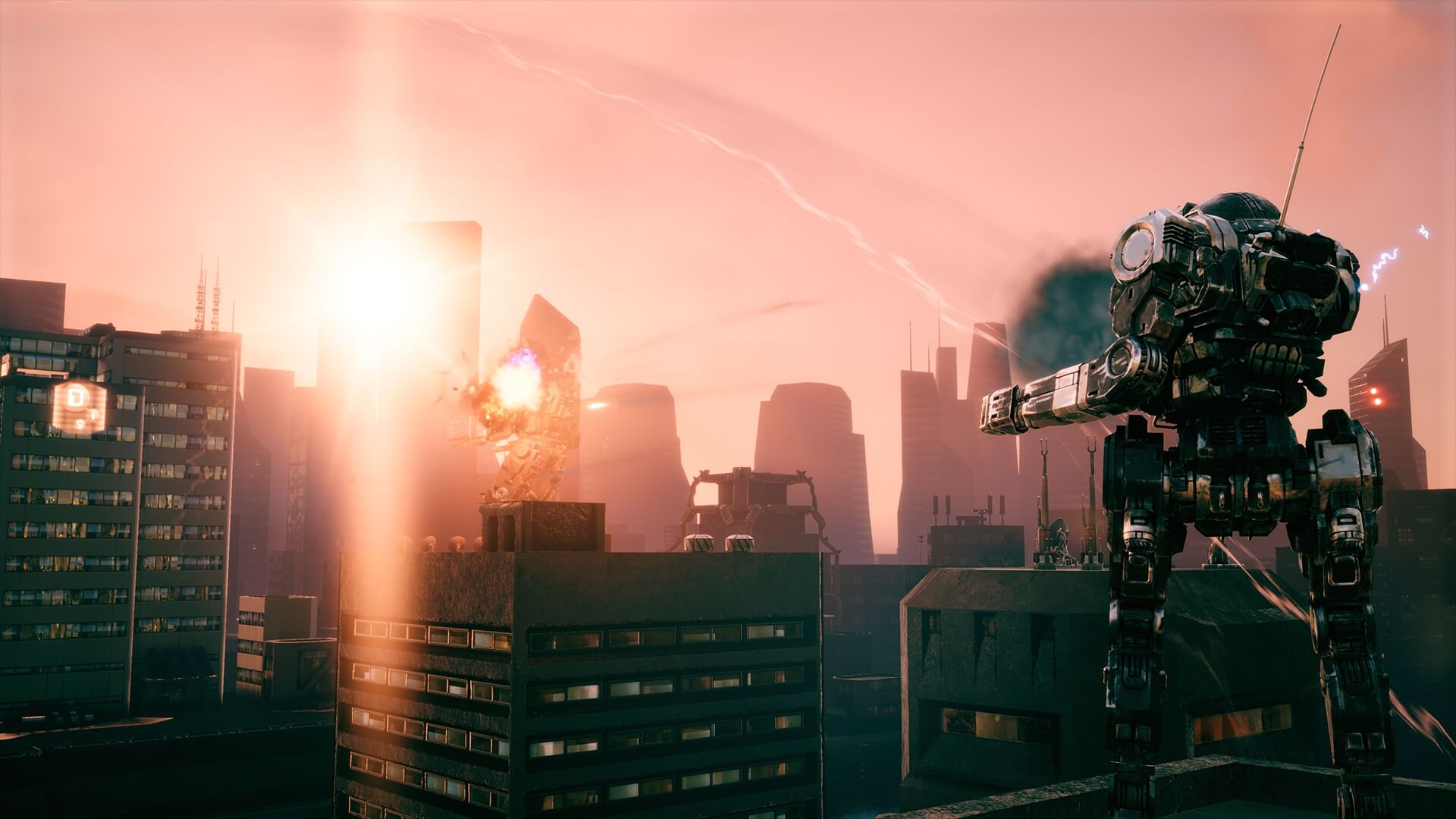 Urban Warfare - Street brawls introduce new tactical gameplay challenges as ‘Mech combat moves from wide-open natural landscapes to vast urban sprawls. Every building in the new urban biome is fully destructible, so you’re never more than a few salvos away from a new line of sight, or the defensive cover of high-rise rubble. Abandoned explosive fuel trucks, destroyed coolant exchanger buildings, and broken electrical transformers that disrupt targeting will drastically change the battle as you go.

Electronic Warfare - The return of these lost technologies will forever change the 31st century battlefield. ‘Mechs equipped with Electronic Countermeasures (ECM) and nearby friendly units are obscured from enemy targeting systems and immune to indirect fire. Meanwhile, ‘Mechs equipped with Active Probe can reveal, locate, and target enemy units that would otherwise be hidden.

Two New BattleMechs - The experimental Raven 1X sports an advanced electronic warfare package that combines ECM and Active Probe systems into a lightweight component. The Javelin is a compromise between speed and firepower, with close-range knockout power.

New Encounter - Attack and Defend is a challenging new mission type where your mercenaries must destroy an enemy’s base to stop a steady stream of attackers before they can overcome your forces and knock out your employer’s base.

Additional notes: Multiplayer is compatible between Windows and Mac versions.

Additional notes: Multiplayer is compatible between Windows and Mac versions.

MechWarrior and BATTLETECH® are registered trademarks of Microsoft Corporation in Europe, the U.S., and other countries, and are used under license.

Published by Paradox Interactive AB. All other trademarks, logos and copyrights are property of their respective owners.