As the leader of a nation, dispatch and control your team of characters all around the world to destabilize your enemies and establish your supremacy. All methods are fair game: hacking, sabotage, political interference, military strikes, corruption, treachery, assassinations, data theft… 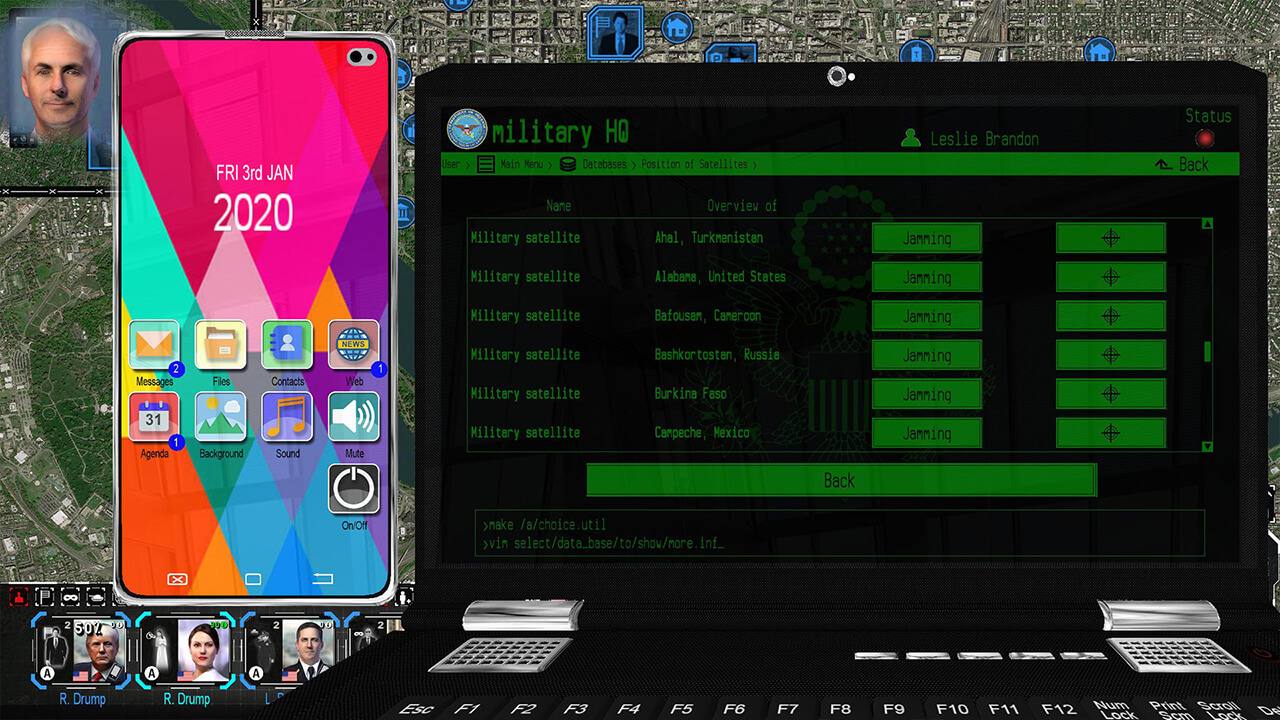 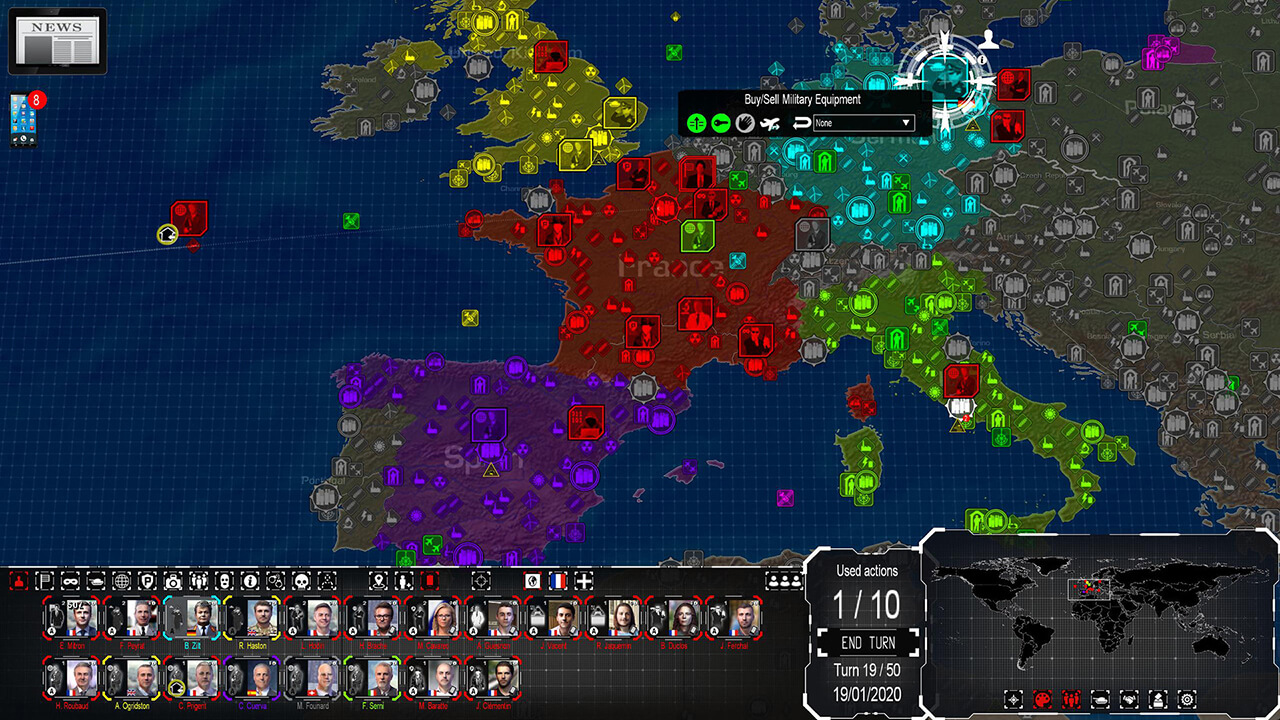 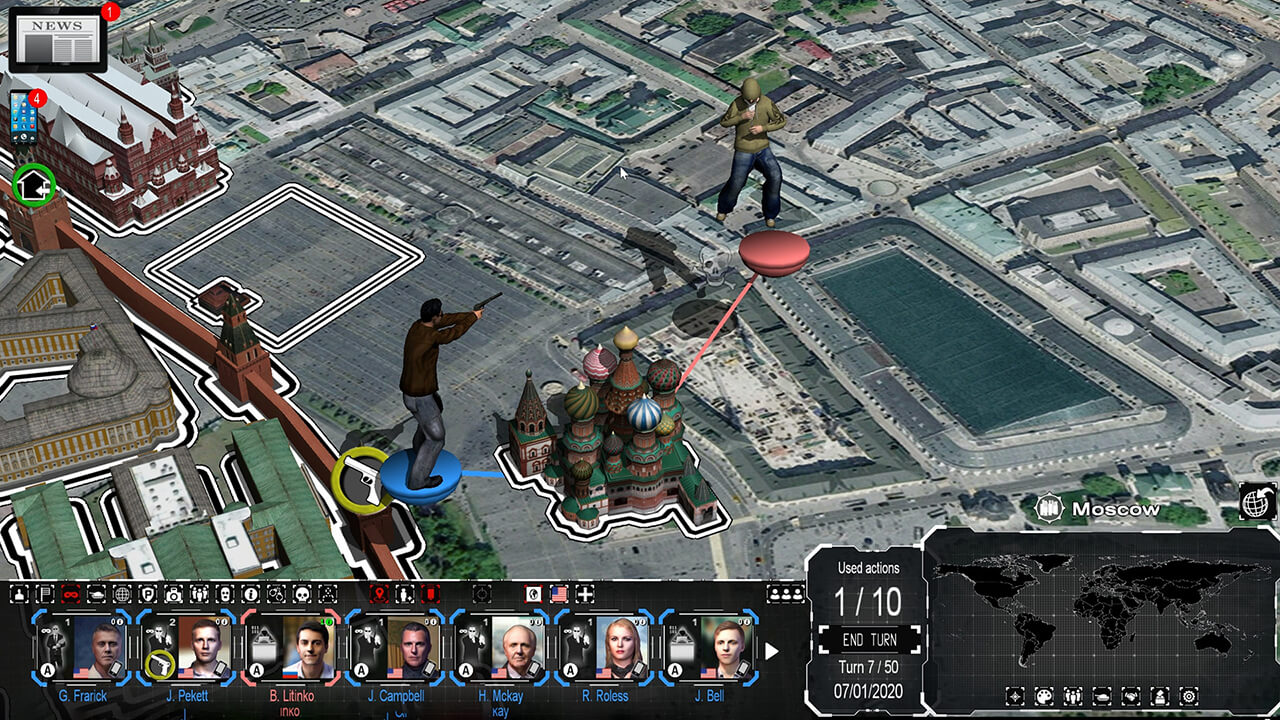 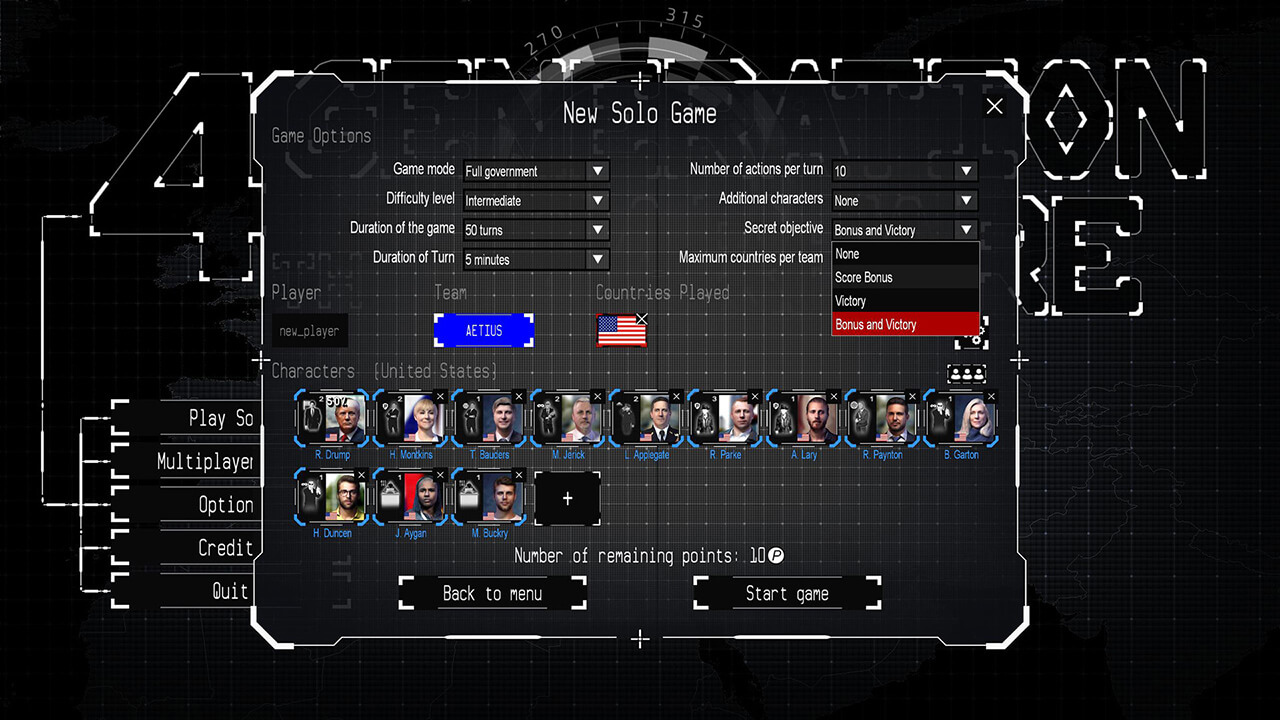 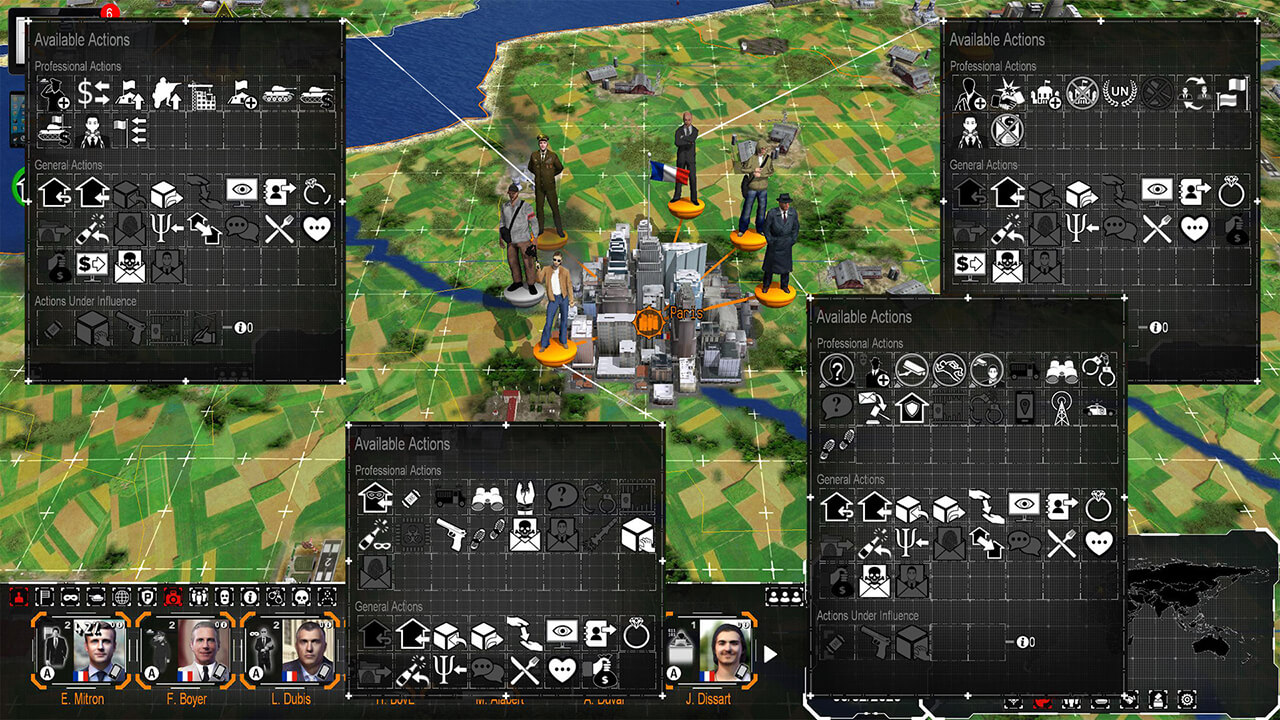 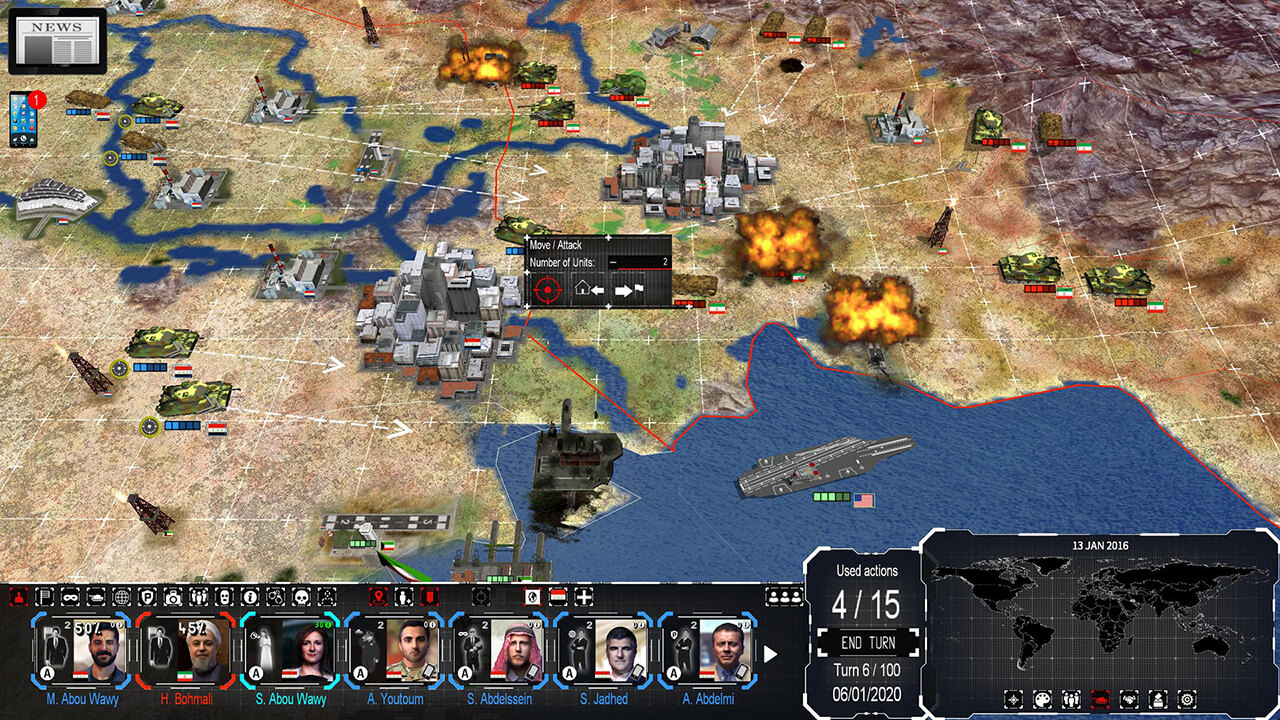 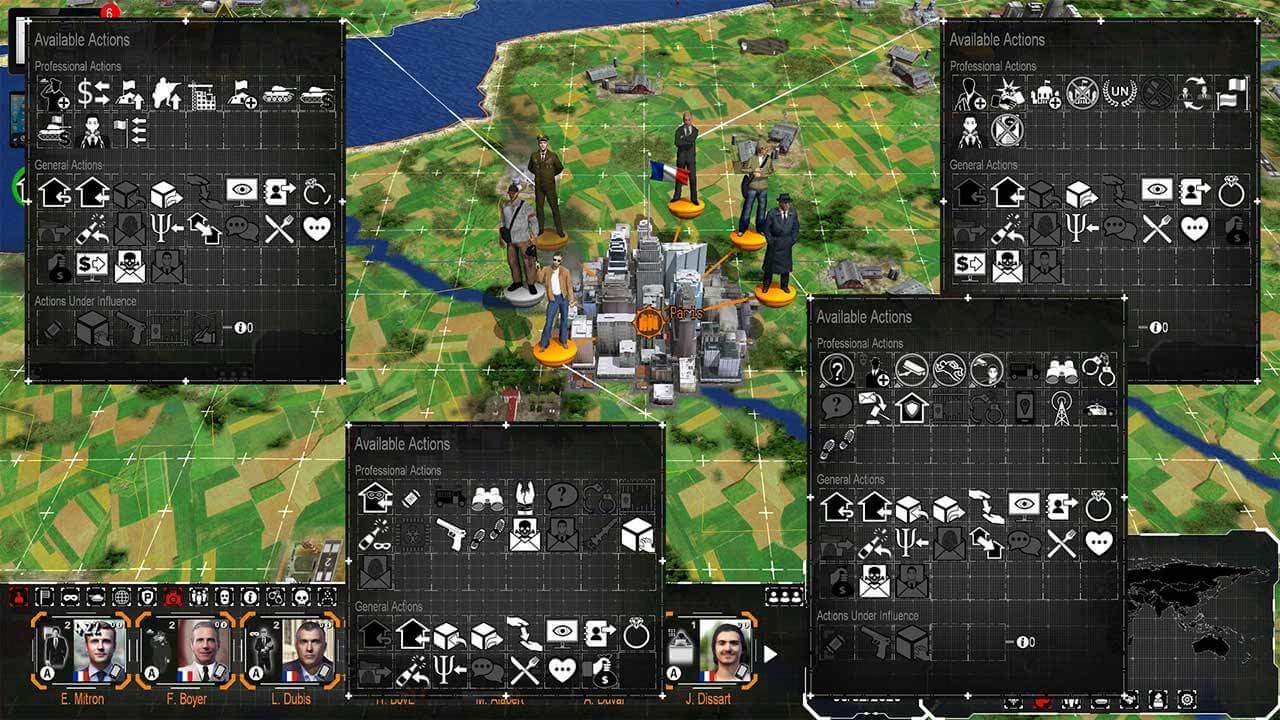 Being a Head of State in the 21st century implies many responsibilities, and making strategic choices in complex geopolitical situations. However, the most impactful decisions are neither the most visible nor the most ethical.
4th Generation Warfare offers a unique combination of strategy and RPG games, set in the depths of 21st century asymmetric warfare where sneak moves are a must.

- THE CENTURY OF POLITICAL DESTABILIZATION -

• Take control of a country of your choice in the modern world and deploy a handpicked team of professionals around the globe to counter the influence of your enemies, destabilize them and impose your supremacy.
• Take advantage of real-world 2D and 3D maps to locate your opponents' strategic buildings, deepen your analysis with thematic map views at your disposal, and orchestrate the movements and actions of your "agents" directly in the streets and buildings of the world's capitals and major cities thanks to detailed maps of them.
• Try to provoke the overthrow of foreign heads of state by their own people or in coups d'état, acting through influence or interference. And above all, be vigilant so that this does not happen to you.

• Each character has its own psychological profile that can be influenced by fear, temptation, or stress during on the course of events. Depending on their psychological profile, characters may be more effective in their mission, or easier to influence and turn.
• Most characters also have special abilities due to their role to use wisely. Infiltrate, steal, negotiate contracts, declare martial law, open an embassy, hack a smartphone or a server, investigate, prendre en filature, assassinate…
• Each character can be equipped with additional items and weapons to help him in his mission and owns a smartphone with apps and features.

• As the leader of a nation, you manage a discreet team composed of specialists in their field (Diplomat, Spy, Hacker, Investigator...). Dispatch them on missions around the world and establish your supremacy through espionage, international politics, cyber warfare, media manipulation and trade wars. At any time, you also get the option of launching military operations to repel or defeat your enemies.
• You win the game by being the last leader still standing or by having the highest score in the ranking based on the 5 factors: diplomacy, military conquest, economy, popularity and experience of characters.
• Rich and complex, 4th generation warfare offers immense strategic possibilities to explore. It is up to you to define your red lines and to transgress them.

- PLAY IT YOUR AND EXPLORE IMMENSE REPLAYABILITY -

• Play the way you like it! Choose to play in Real-time or Turn Based. In solo or up to 12 players, in competitive or coop modes.
• Set the rules! Set the duration, number of actions per turn, add special winning conditions, extra-characters into your game. You can even customize your favorite characters team.
• Enjoy the Career, Government and Sandbox modes or run for the online High score

• Tooltips present everywhere in the game explain you all the details about actions, objects, rules of the game.
• A "Todo" menu displays the summary and urgent events to manage, the follow-up of the missions of your characters, and suggestions of actions
• A display of the chances of success of actions and the impact of bonuses/penalties helps you make clever decisions