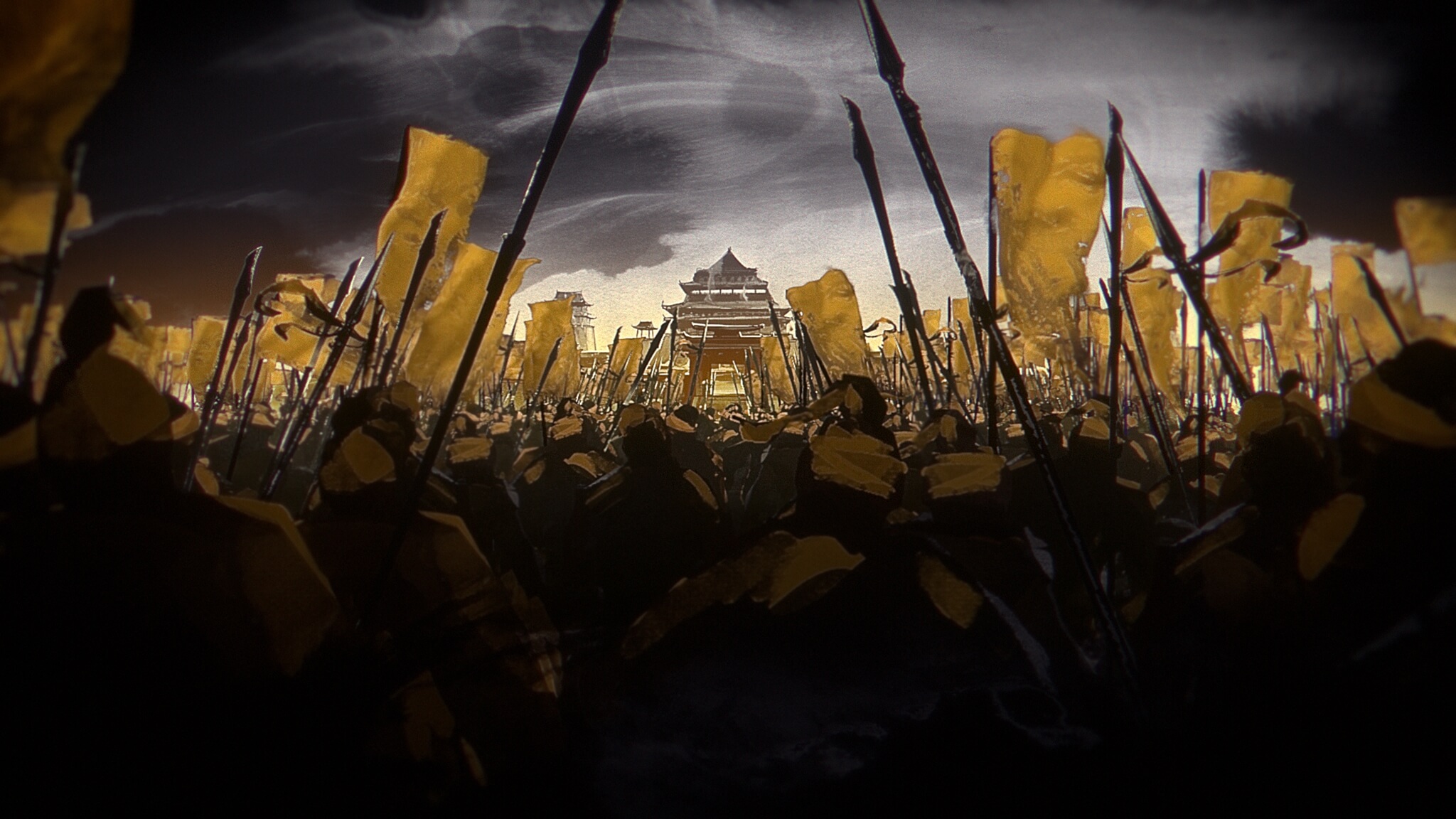 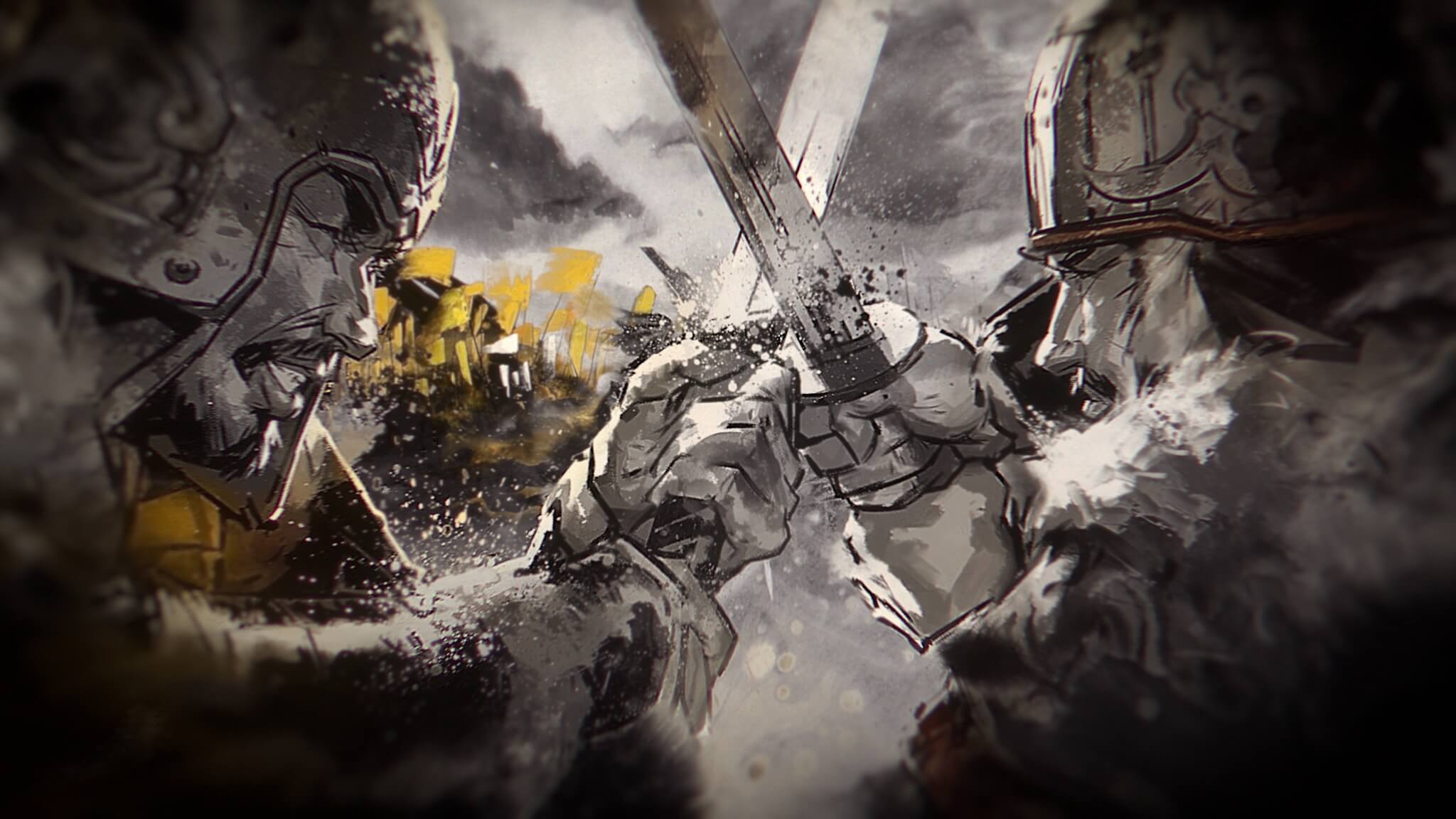 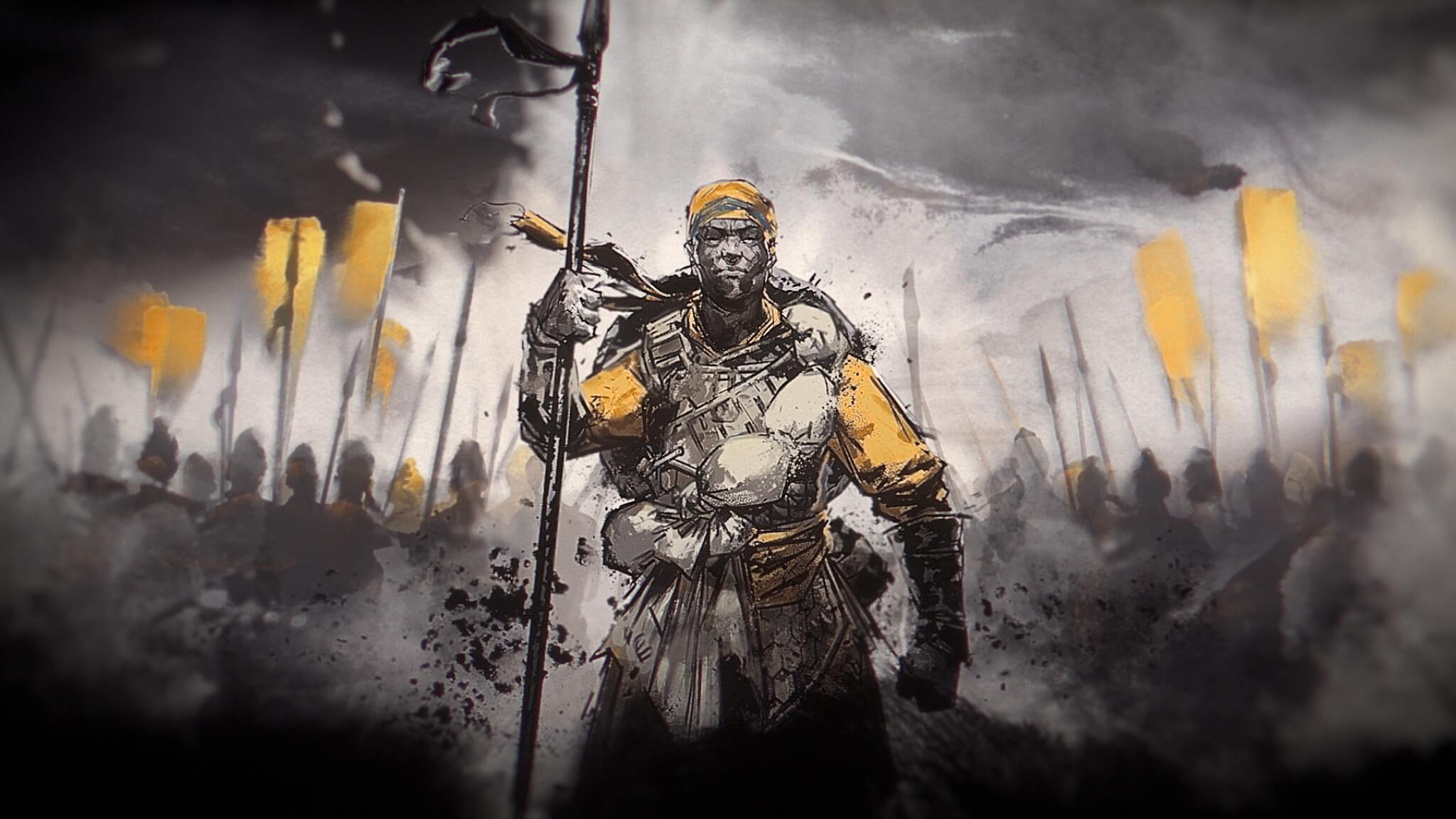 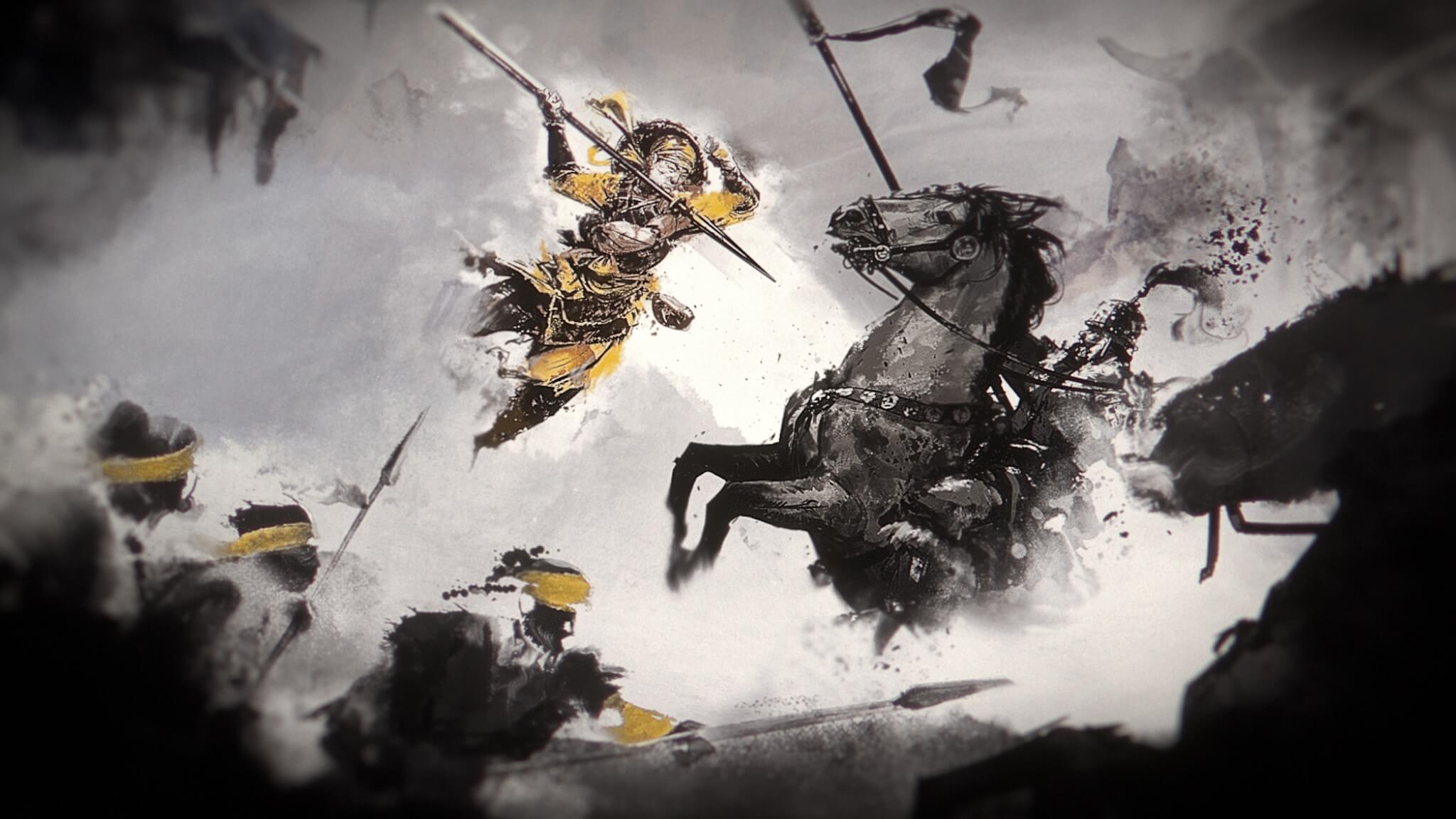 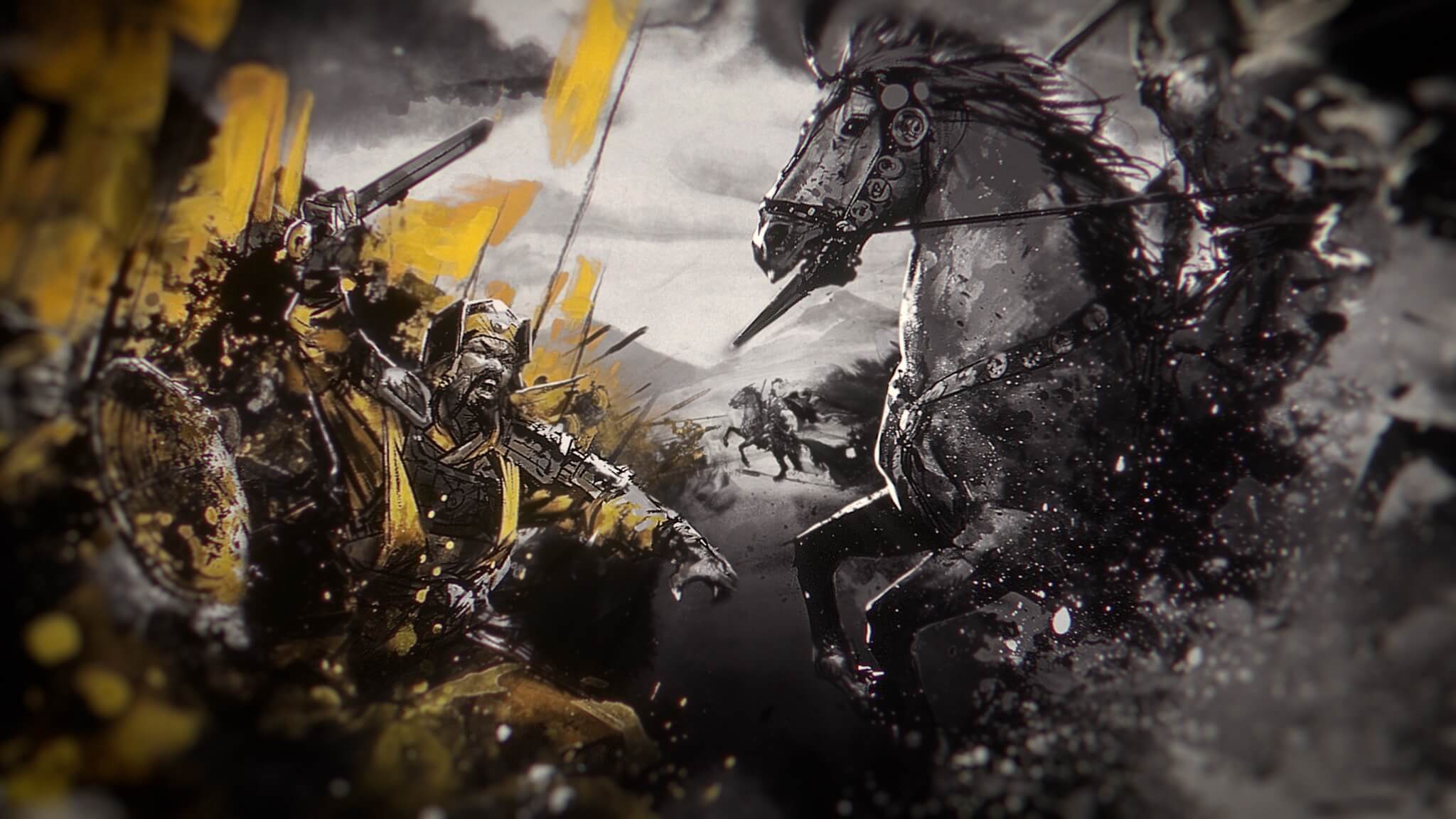 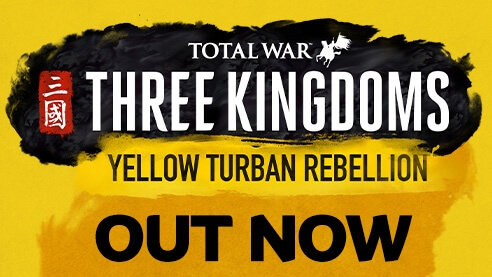 • A brand-new sub-culture to play as: rekindle the Yellow Turban Rebellion, lead their struggle against the corrupt Han and bring about the Era of Great Peace

• A unique and versatile unit roster composed of a cross-section of society: Militias formed from the forgotten and downtrodden masses fight side by side with disgruntled soldiers, religious zealots and former officials, united in a common cause

• New weapons and armour suitable for the new heroes.

We are the poor and the oppressed. We are the common-folk; the farmers and the soldiers; the Han Dynasty’s forgotten multitude. Oh Emperor, we are your people.

And yet you languish in the imperial palace, eunuchs and nobles whispering falsehoods in your ear. You do their bidding. You are their puppet. Even as we starve, you tax us ever harder, that they may continue to live in luxury.

When we rose in opposition, you slaughtered us in our millions. Many more were slain by your agents on suspicion alone. It is clear to us now: you have lost the Mandate of Heaven.

We are the poor and the oppressed. But we are also the many. We are the very backbone of China. We wear the yellow turban with pride. And we bring great change.

The Blue Sky is dead; the Yellow Sky will soon rise.

In the year of Jiazi, there will be prosperity under Heaven!

The Yellow Turbans were a rebel movement of the common people, founded on spiritual beliefs. Tired of oppression, starvation and injustice at the hands of the Han Dynasty, they rose up against the corrupt nobility. Prior to the start of this campaign, a massive Yellow Turban rebellion had swept through China led by the Zhang brothers, who used Taoist divination to predict the fall of the Han dynasty. However, this initial rebellion was ruthlessly crushed and millions of civilians suspected of being sympathisers were slaughtered without mercy. As the campaign begins, the Zhang brothers are already dead, and only three significant enclaves of Yellow Turbans remain. Playing as one of these factions, you can change history, rekindling the movement and uniting China under a rightful, virtuous and just Emperor.

The Yellow Turbans’ beliefs blend Taoism and shamanistic principles, and these spiritual aspects are a recurring theme throughout their faction gameplay. Many of their features relate to the three Taoist domains of Land, People and Heaven, or the Three Treasures (or virtues) of Taoism: Frugality, Compassion, and Humility.

Reflecting these concepts, the playable Yellow Turban factions are led by the characters He Yi (People), Gong Du (Land) and Huang Shao (Heaven). Each has their own playstyle and unique bonuses.

Yellow Turban factions construct a mix of adapted Han buildings and their own unique structures. Their technology tree is divided into three scrolls from the Book of Great Peace, each of which references the three Taoist domains and contains verses of Taoist scripture. It is structurally and mechanically very different from the default tech trees used by other factions.

Playable Yellow Turban factions improve their Faction Rank as their campaigns progress. These represent the journey to enlightenment, the achievement of The Great Peace, regaining the Mandate of Heaven, and appointing a just Emperor. Progression requires the player to study the verses in the Book of Great Peace, construct religious building in their settlements and improve the virtuous characteristics of the characters under their control.

The Yellow Turbans have three playable heroes representing their factions. Each has their own playstyle, unique building chain and faction bonuses:

• He Yi is a Yellow Turban commander from Yu province. Like the original founders of the Yellow Turban movement, he is a Healer, and empathises with the suffering of the common people. He is able to rally vast masses to the cause of the rebellion.

Representing the domain of People, He Yi espouses Compassion. He fields veteran Yellow Turban warriors and strong berserkers in battle, and has access to the Healer’s Lodge unique building chain, a multifunctional building boosting population growth and replenishment and generating a small income from the sale of medicine.

• Gong Du is a Veteran. Originally a bandit leader in the Changsha area, he aided Ou Xing in his rebellion against Sun Jian. He is a former military commander, and something of a charming brigand: well-liked and popular with the troops. He is dedicated to claiming the spoils from the tyrants he overthrows.

Representing the domain of Land, Gong Du espouses frugality. He fields former soldiers, guardsmen and converted nobles in battle and can build the unique Hidden Fort building chain that helps supply the Yellow Turban armies and increases the amount of spoils they can carry off after a battle.

• Huang Shao is a Scholar, and a Yellow Turban commander from Yu Province. He is the only leader to have met the original founders of the Yellow Turban rebellion. As such, he best understands their spiritual teachings, and aims to ensure the rebellion doesn’t lose its way on the road to realising The Great Peace.

Representing the domain of Heaven, Huang Shao espouses Humility. He fields religious fanatics, spiritual martial artists and scholars in battle, and can build the Gardens unique building, a tranquil place that helps keep both the people and the characters under Huang Shao’s control happy.

The Yellow Turbans have a unique and highly thematic unit-roster. As many of their warriors are drawn from vast swathes of peasants and civilians or those who have backgrounds as soldiers, devotees or scholars, there is a great diversity within individual units, given the varied occupations and backgrounds of its members.

Please note this unit roster and unit characteristics are subject to change.

*Core units (available to all):*

*He Yi and Healer specialist units (Domain of People):*