The hit card game goes digital with over SEVEN HUNDRED cards, including the Core, Blue, Purple, and Challenge Decks! Create fighters from random cards, then go head to head and argue over who would win in a fight. Unlock new content by playing a match with up to 4 players OR voting as a spectator! 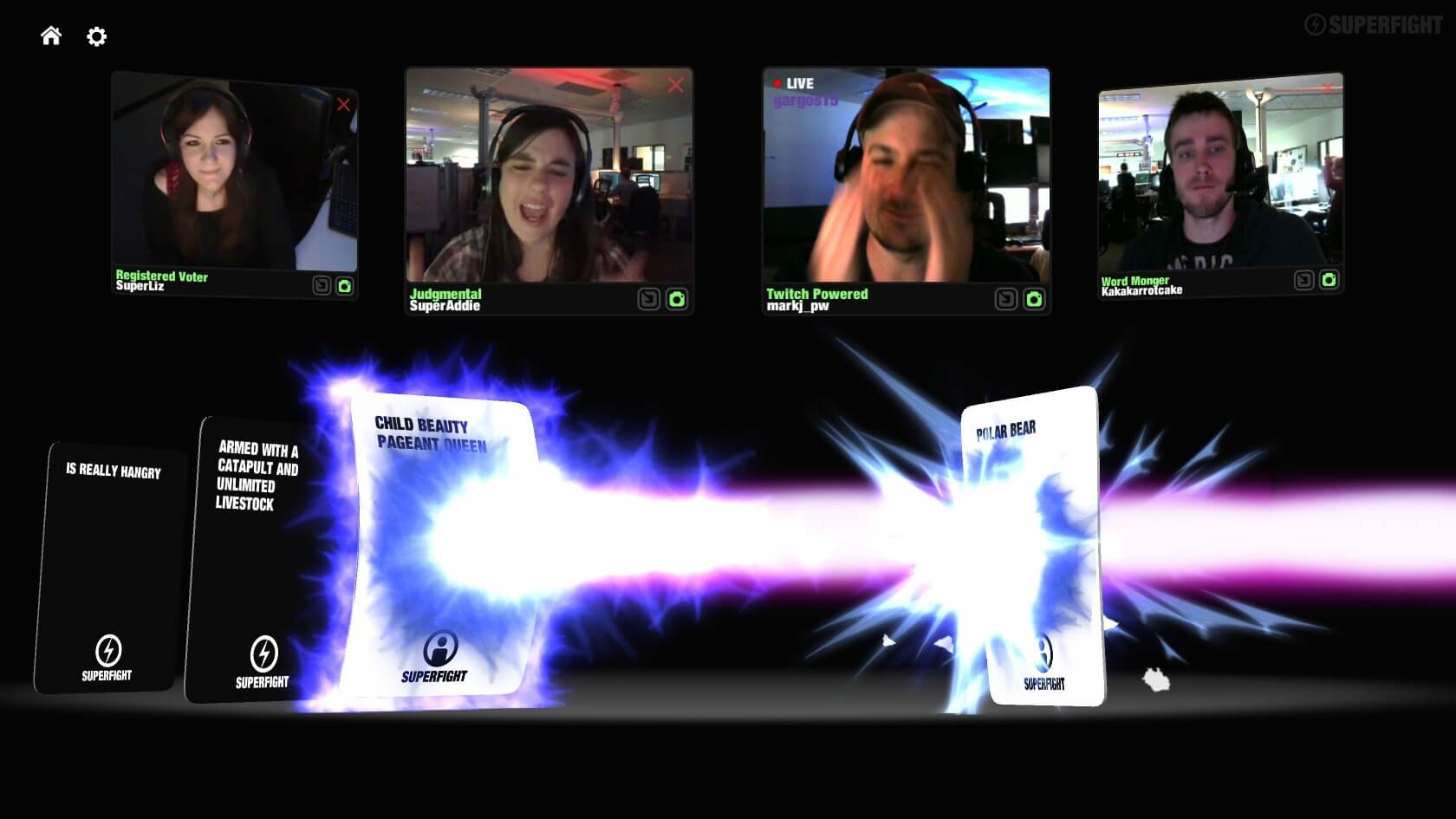 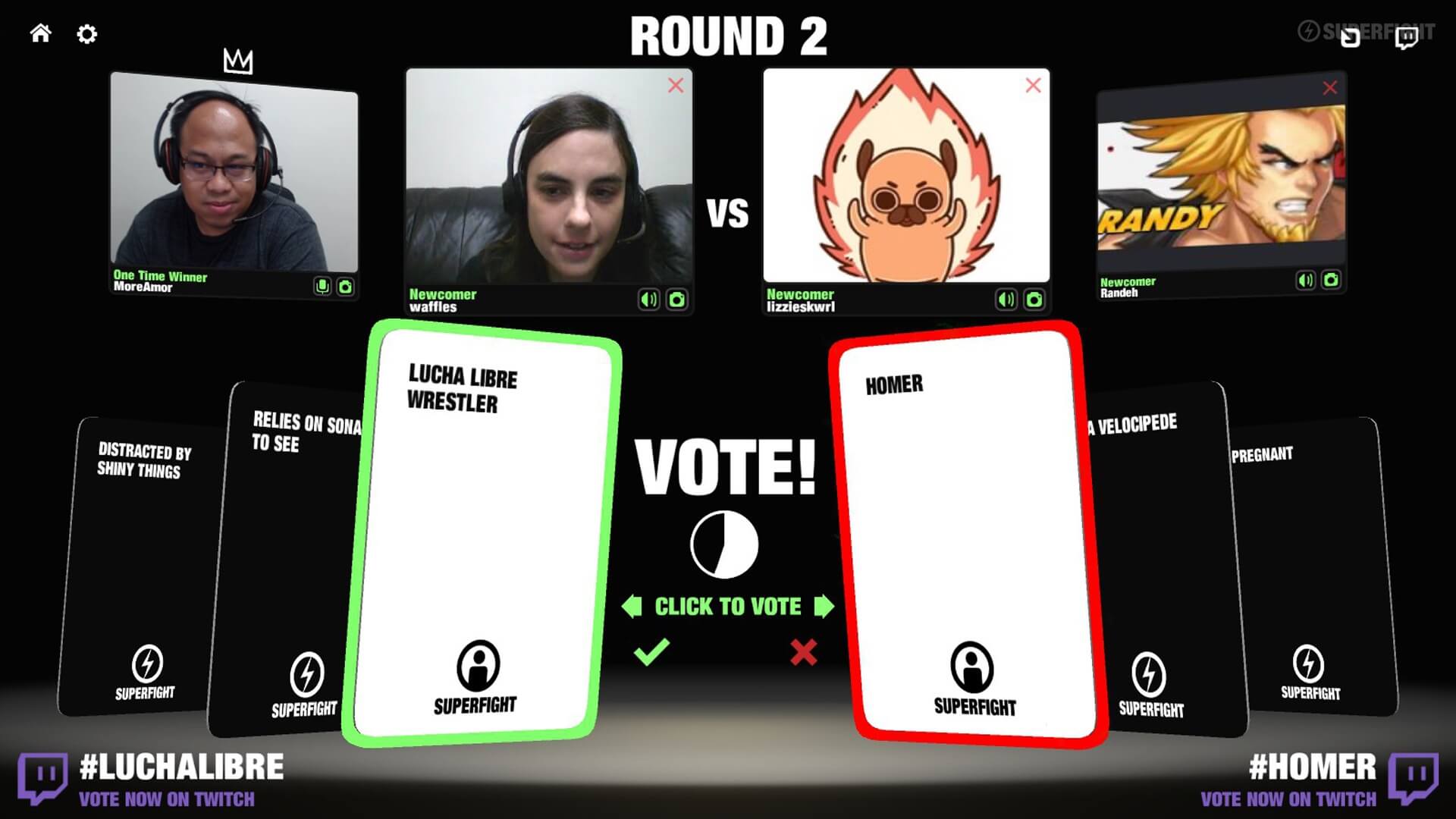 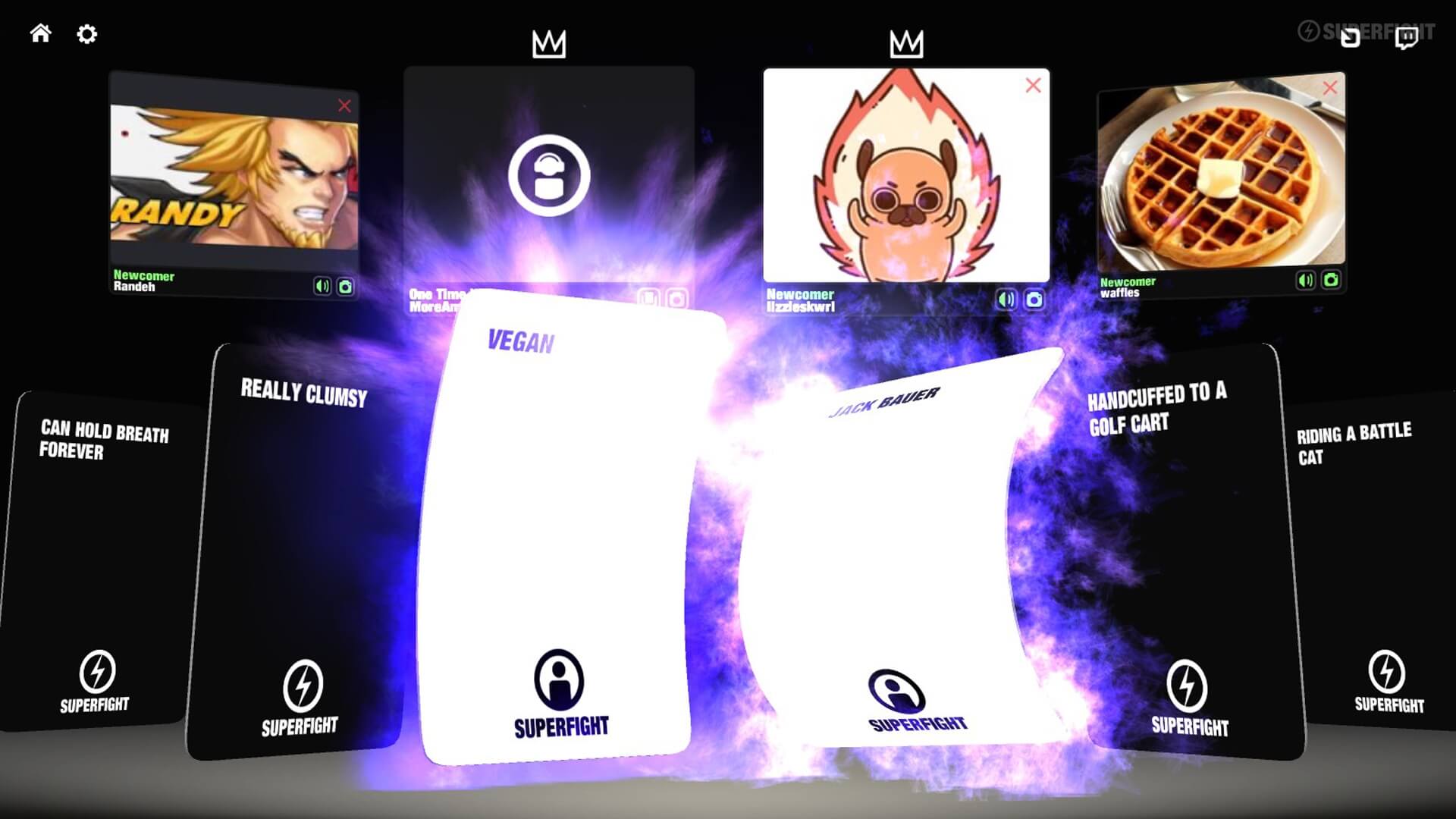 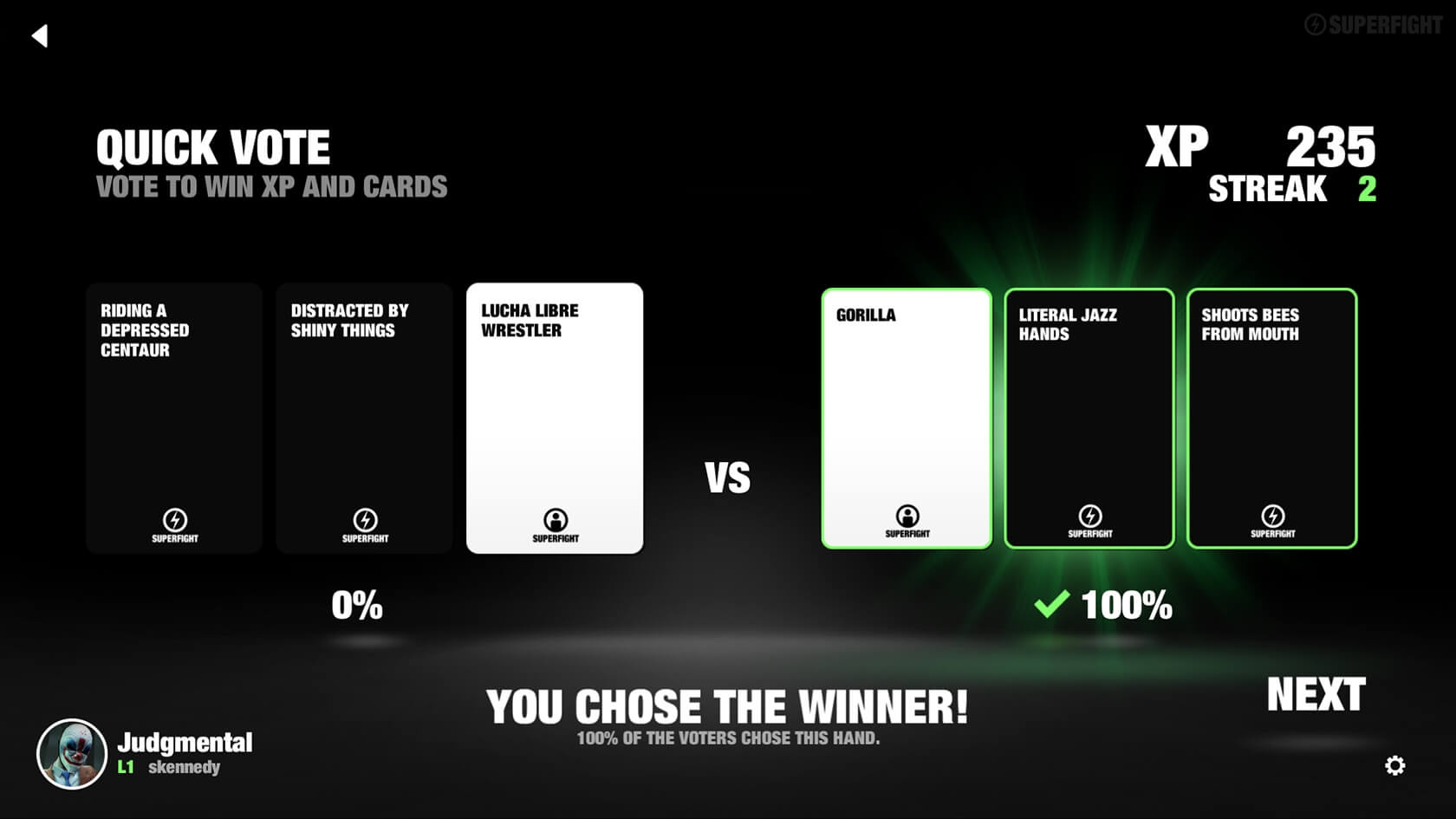 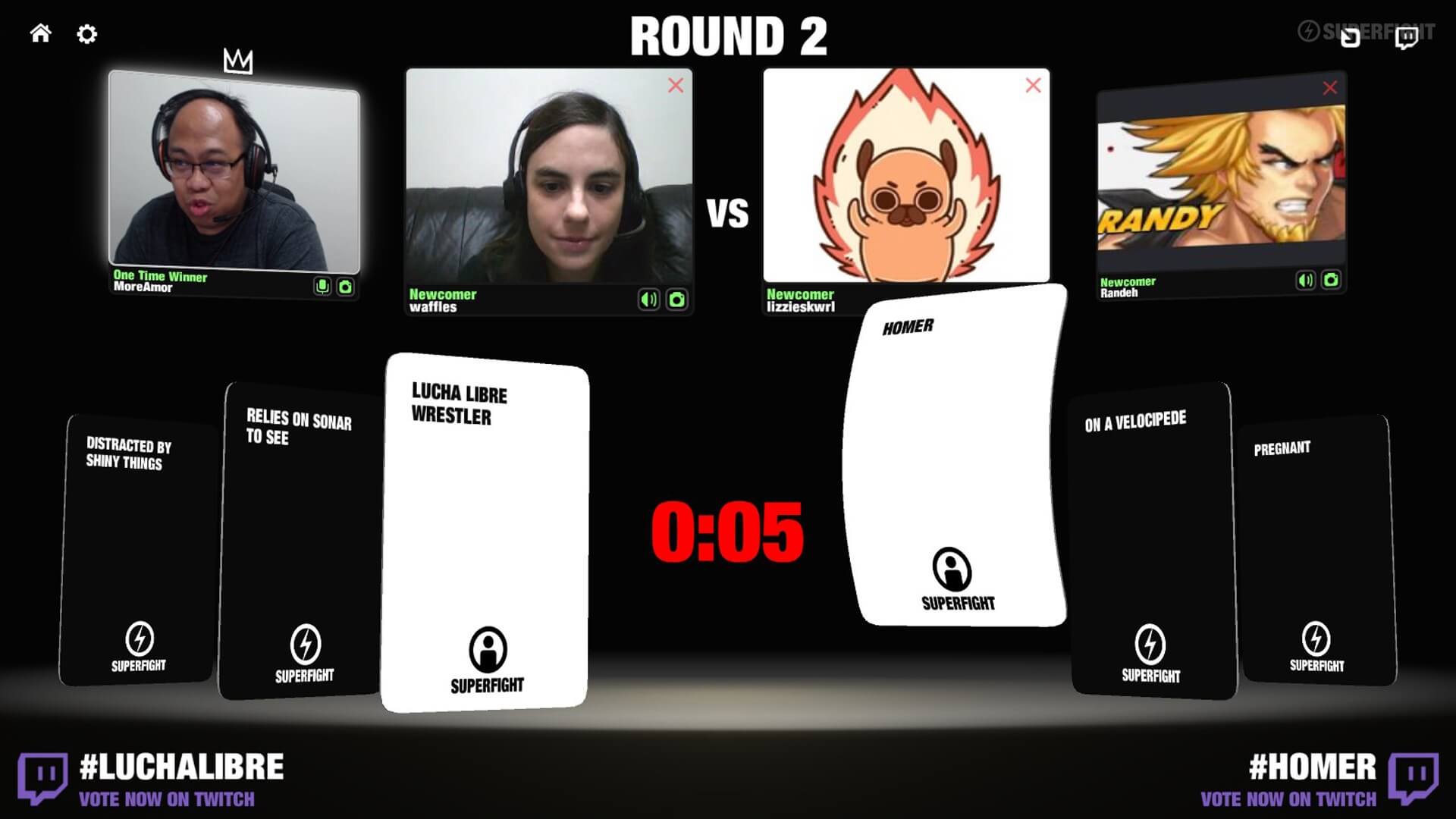 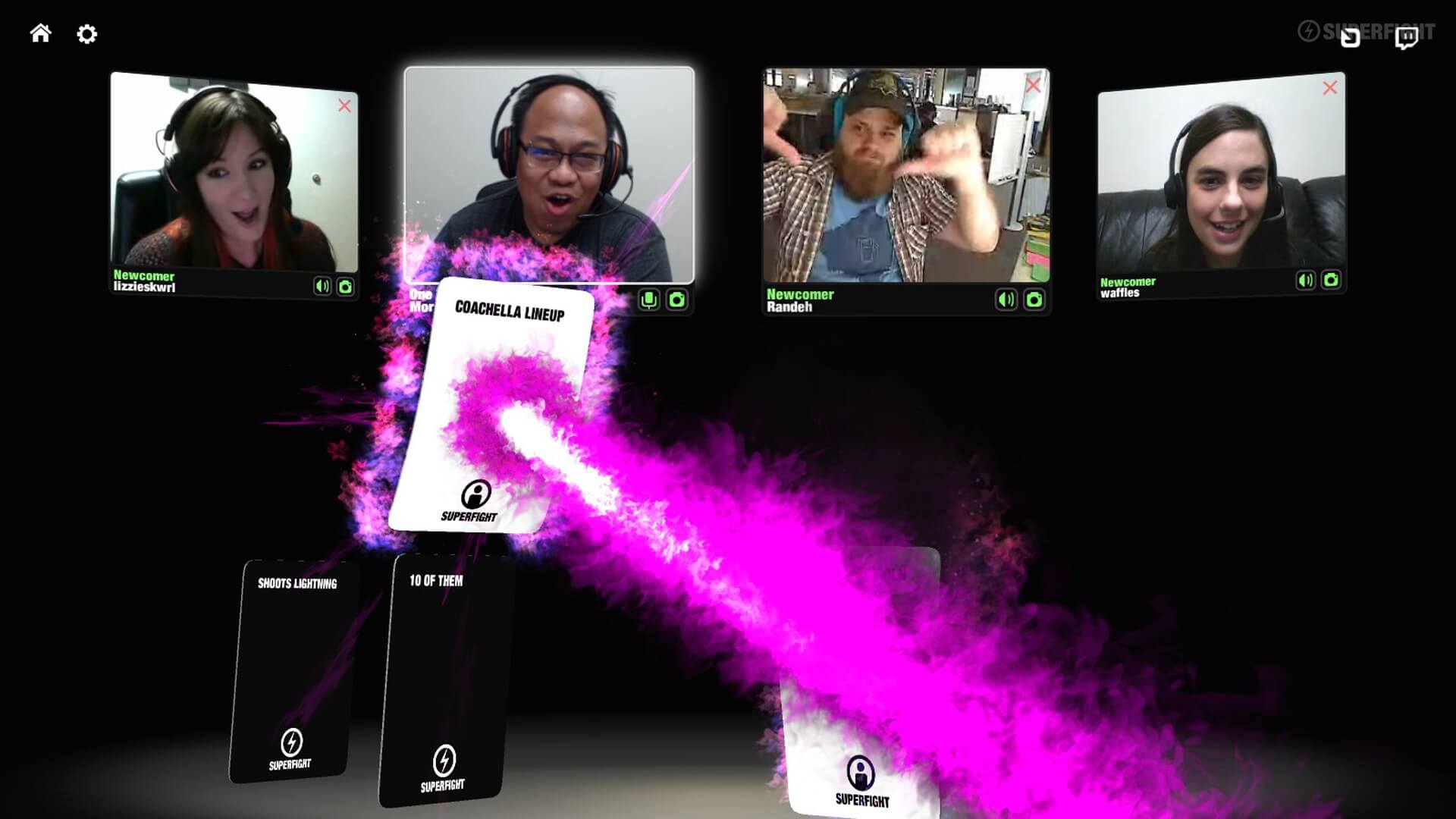 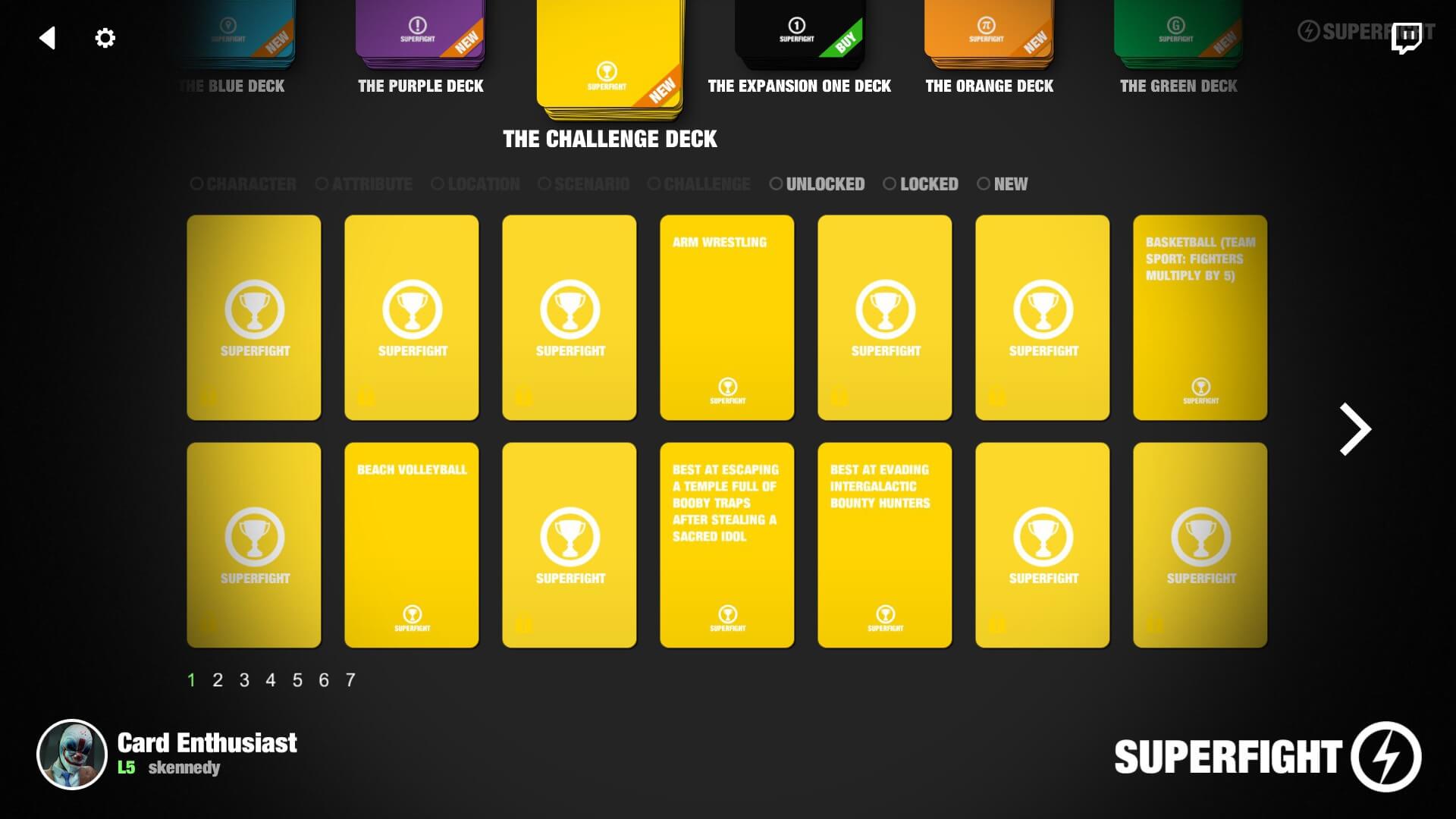 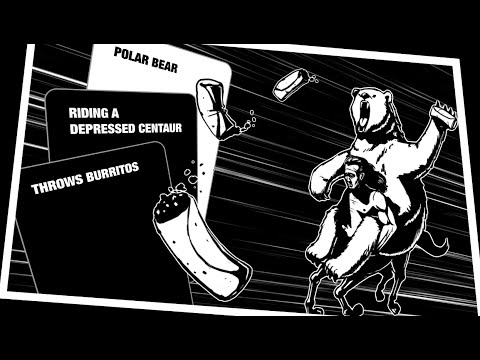 SUPERFIGHT pits players against one another in hypothetical battles of real wit. The only way to win is to make the most compelling argument about the big questions in life: Who would win in a fight between a drunk Ninja and Abraham Lincoln riding a bear? Which is the better weapon: an infinite sausage lasso or a skunk on a stick? What are the chances an army of penguins could stop a depressed centaur? Grab a microphone, join or create a game with up to 4 players, and let the votes decide!

Build your fighter with character cards (like Zombie, Shark, or George W. Bush) and attribute cards (like Super Speed, Armed with a Chainsaw, or Has Tiny T-Rex Arms). When it’s your turn, combine a character card with a couple of attribute cards to construct your fighter, then it’s up to you to make your case to an audience of friends or Twitch! The included FREE Blue, Purple, and Challenge Decks also allow players to throw hundreds of random locations, scenarios, and challenges into the mix for even MORE mayhem. Additional themed decks, like the R-rated Red Deck or the Geek themed Orange Deck, are available to purchase, with even more hilarious digital decks to come in future updates!

But wait there’s more! SUPERFIGHT has two ways to earn over 130 fully voiced titles and over 500 unlockable cards - PLAY or VOTE. Don’t have time to play a match? Vote on fighters from other matches to earn unlocks! Correctly guessing the winners from past match-ups in Quick Vote, or vote on LIVE games streamed to Twitch directly via easy to use hashtag voting in their chat – you don’t even need to be in-game to earn XP from voting on live streamed games, just link your Twitch account to SUPERFIGHT and earn unlocks whenever and wherever you watch a game on Twitch!