For the first time in the series’ history, Strategic Command will be taking you to the 19th century battlefields of the American Civil War. You will control the armies, research, production and diplomatic policy of either the Union or the Confederacy during a time of innovation and dramatic battles. 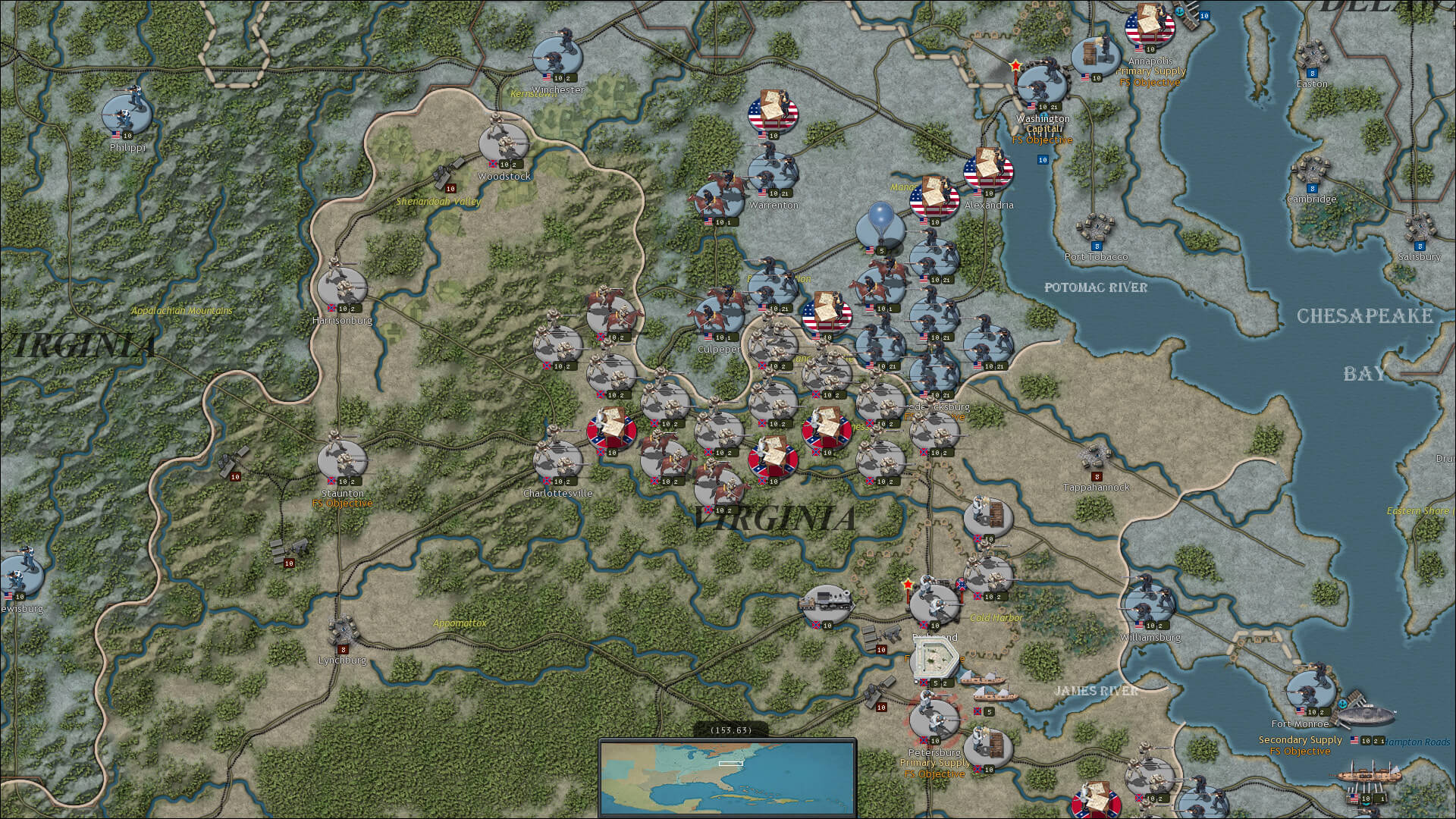 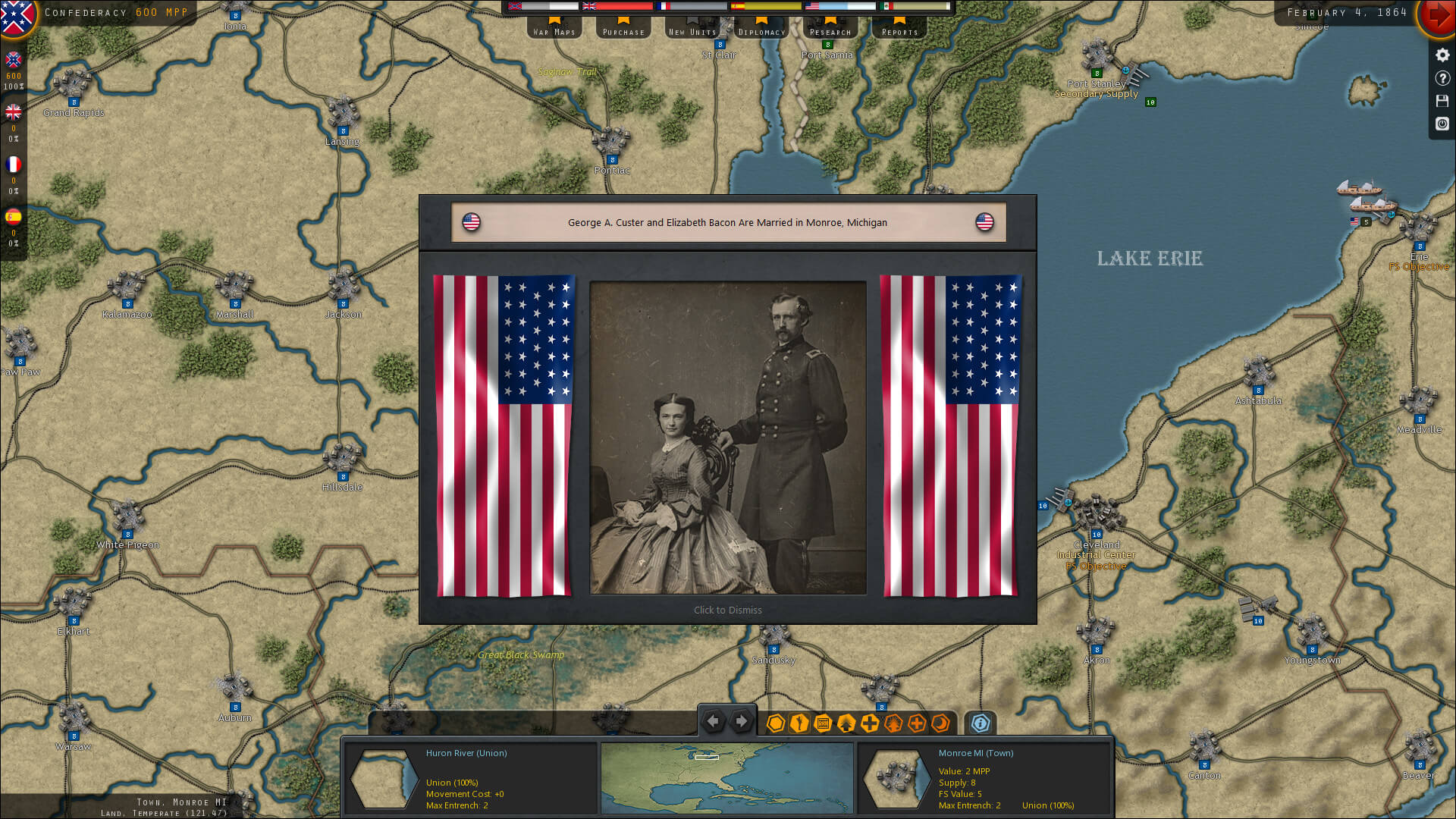 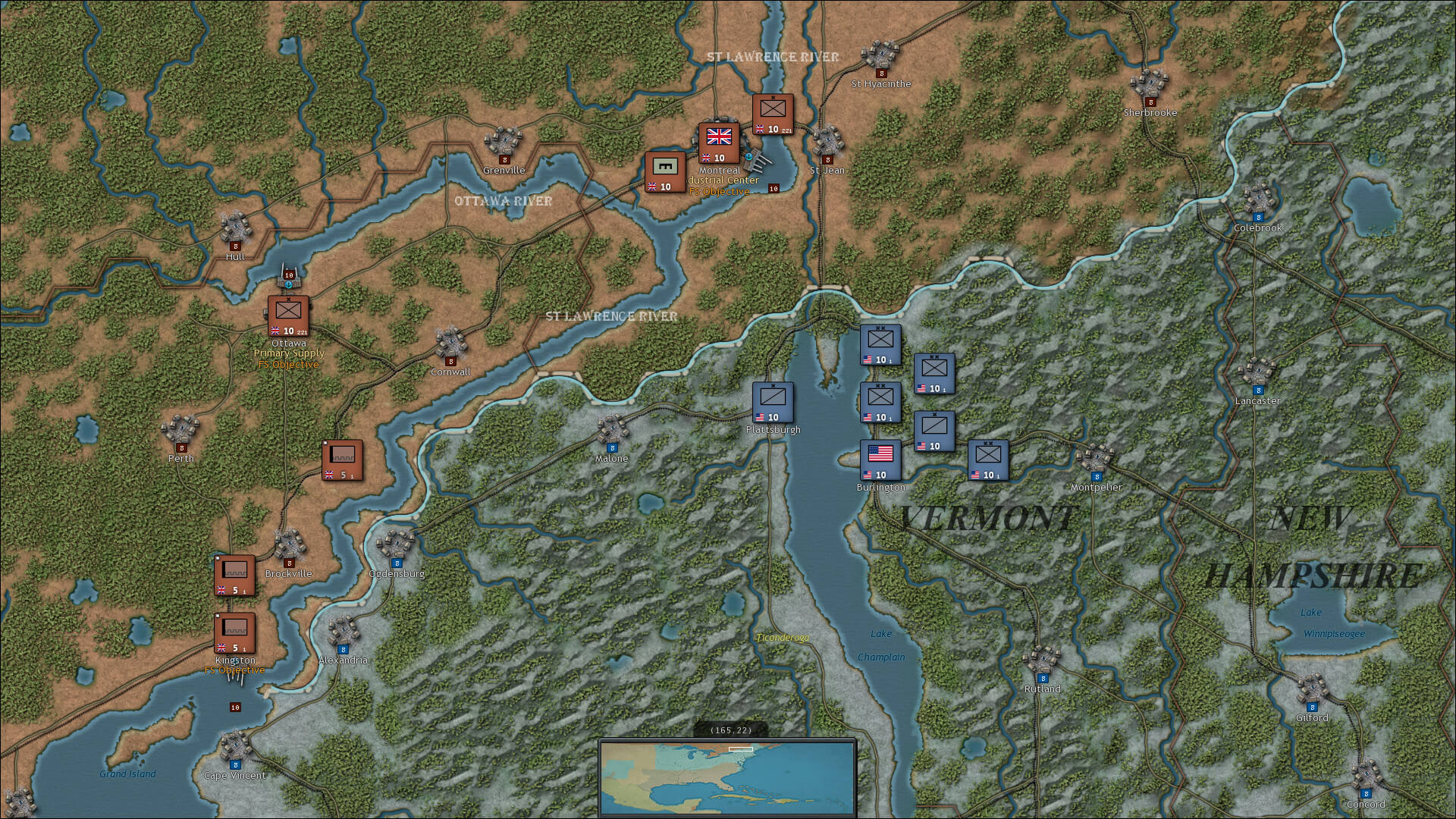 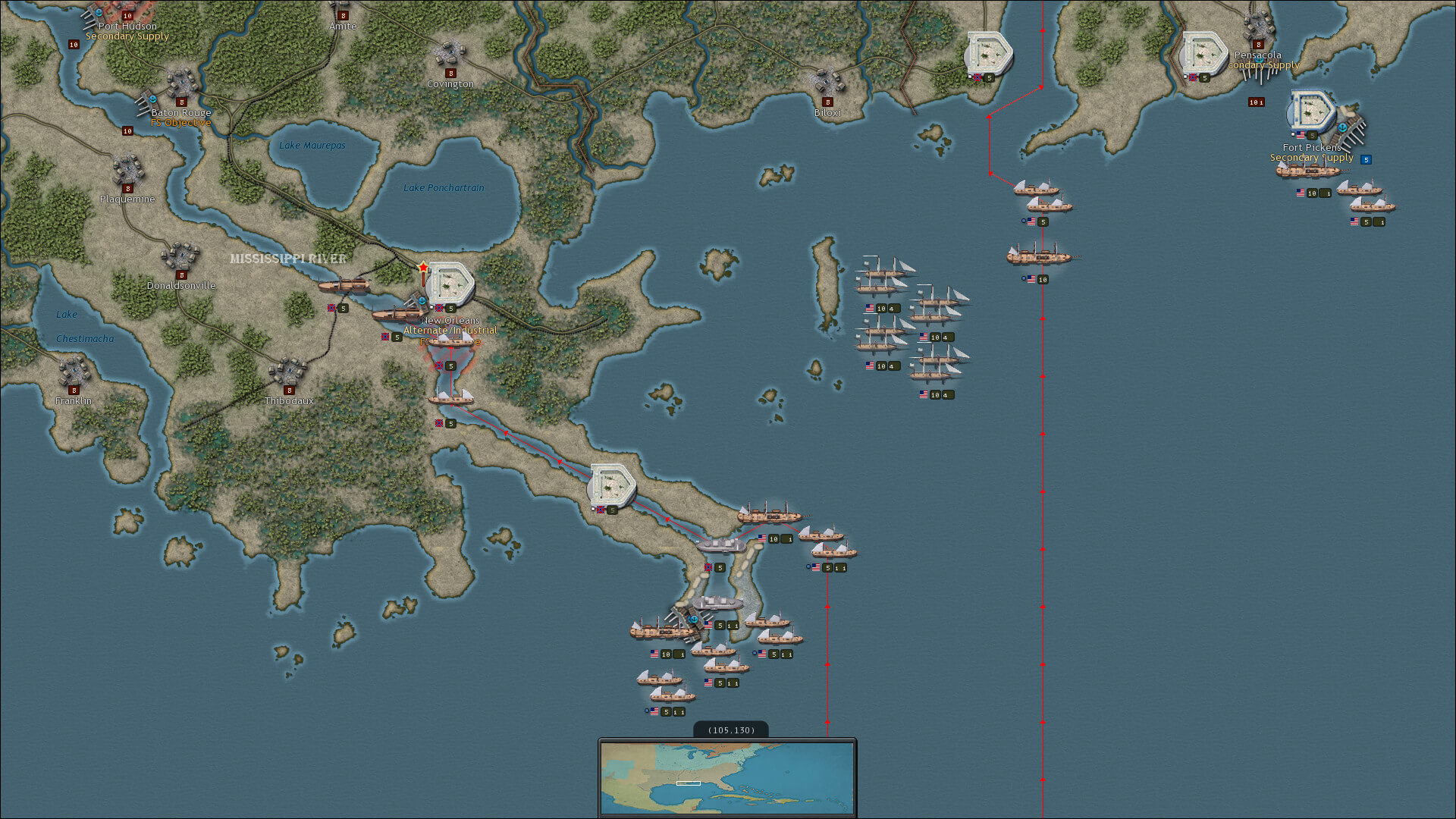 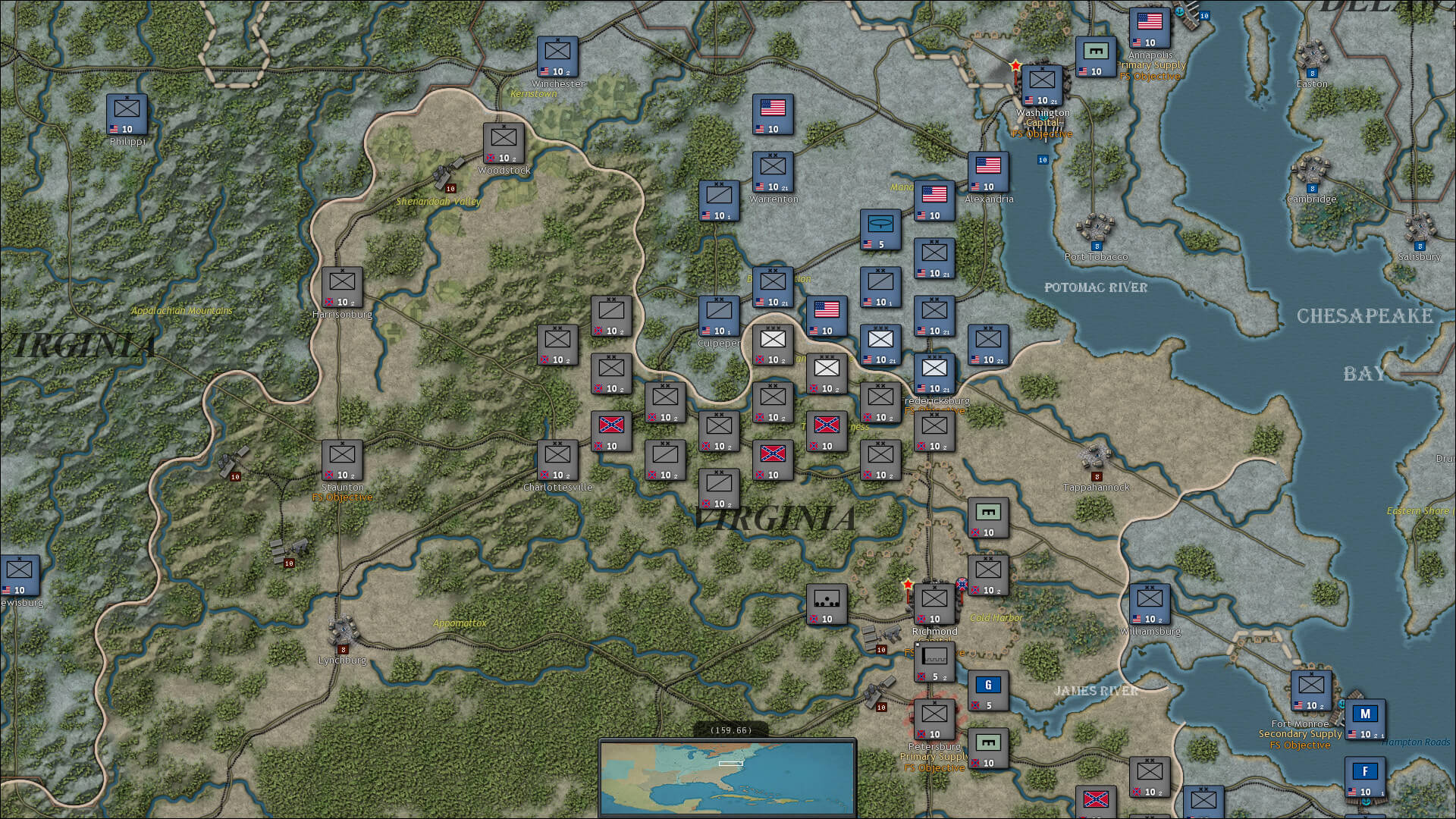 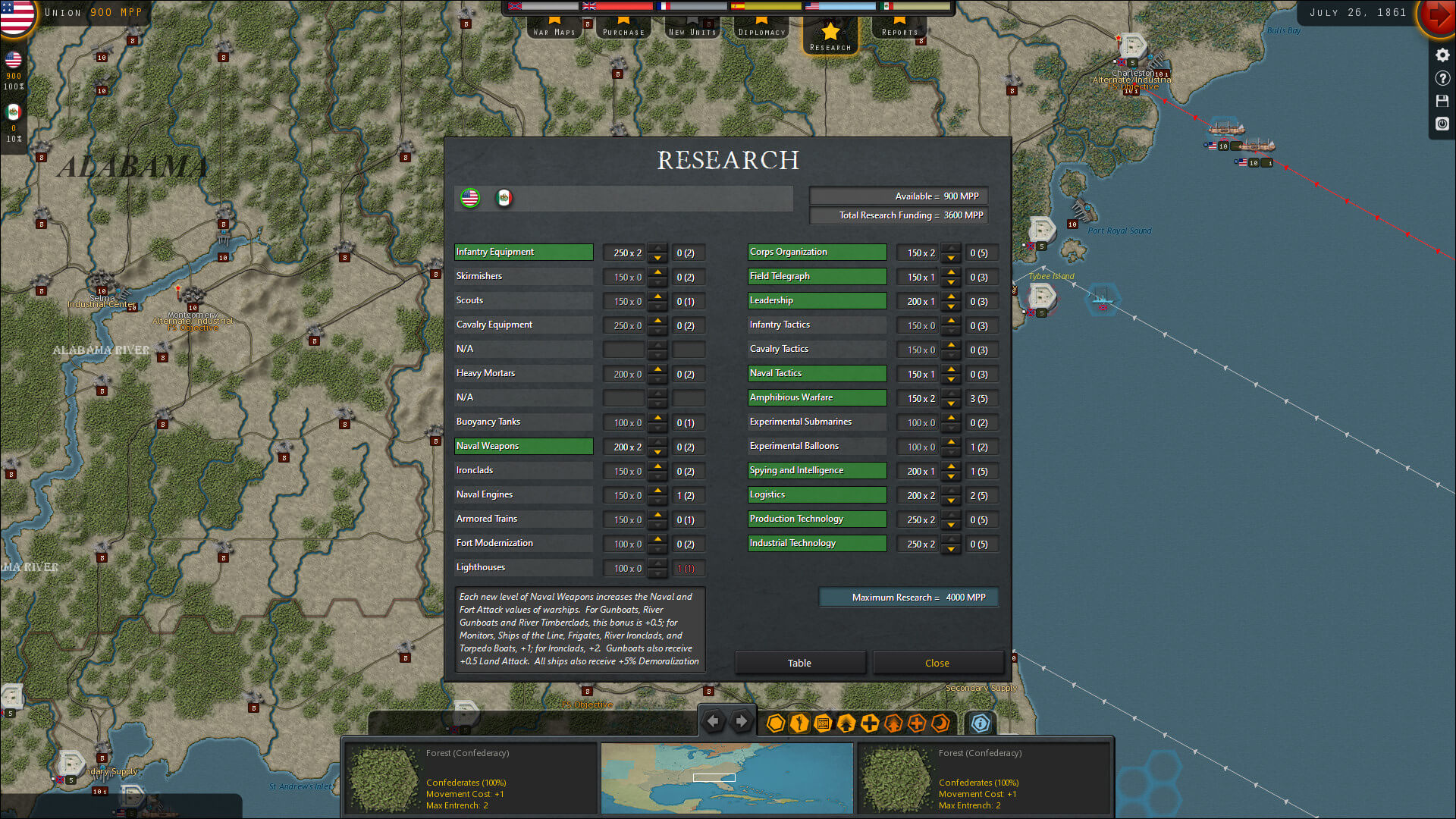 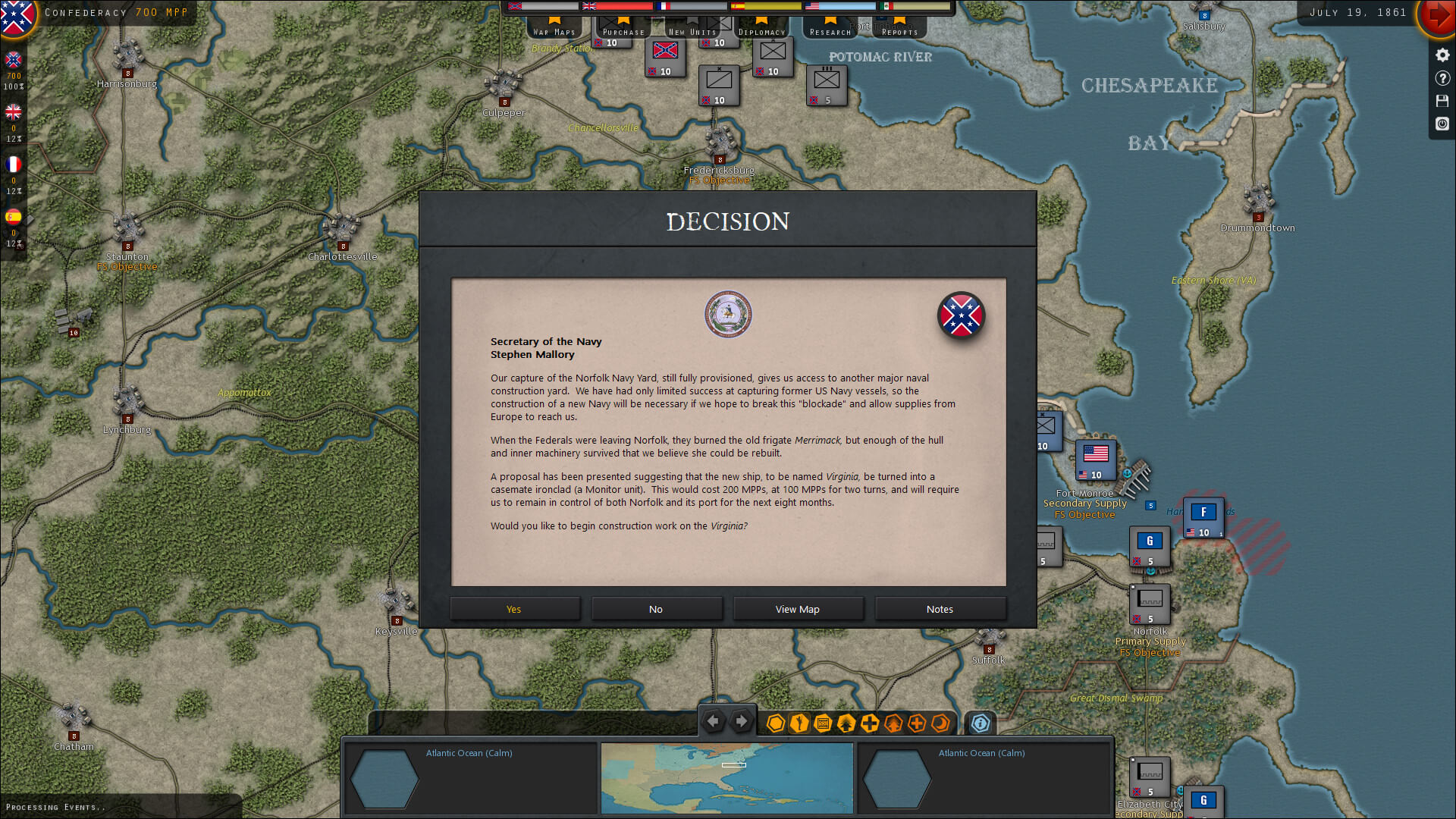 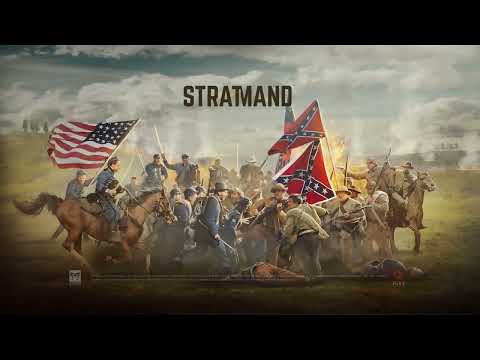 For the first time in the series’ history, Strategic Command will be taking you to the 19th century battlefields of the American Civil War. In this turn-based strategy game, you will control the armies, research, production and diplomatic policy of either the Union or the Confederacy during a time of great innovation and dramatic battles. Your decisions will determine whether the United States leaves this conflict as one nation or two.

What are your orders, Mr President?

Strategic Command: American Civil War comes with a massive 296 x 224 map, covering all of North America from Canada and New Mexico to the Caribbean at a 15km/9mi scale. This is the largest hex-based map ever offered by the Strategic Command series!

With few professional soldiers ready to fight at the beginning of 1861, building an army will be just as important as ordering your men into battle. Thousands of volunteers are enlisting, and you will need to organise them into Brigades, Divisions and eventually Corps. Research will have to be undertaken to improve their weaponry and fighting skills.

Once their training is complete, you will be able to choose from a variety of famous Generals to lead them, including Lee, Jackson, Grant, McClellan, Beauregard and Sherman. With the fate of entire armies hinging on single battles, the appointment of talented Generals may well be the difference between victory and defeat.

The great rivers of North America, including the Mississippi, Ohio and Cumberland, can now be navigated by all-new river warships, with inland ports offering the opportunity for rapid movement, and their waters bringing the danger of amphibious attack.

THE AGE OF THE IRONCLAD

The war on the high seas has also been expanded, with ships now divided into rivercraft, coastal and sea-going vessels, and wooden and ironclad construction. With the most diverse roster of warships ever offered by a Strategic Command game, your admirals will have more opportunities than ever before to achieve victory at sea.

The fog of war has never been more important in shaping your success on the battlefield, as the lack of radio communications means that cavalry will be essential to locating enemy armies and avoiding ambush. Infantry scout detachments, partisan rangers and armoured trains can also be trained to expand the recon capabilities of your armies, while Generals willing to use experimental technology will have the opportunity to use observation balloons, taking the war to the skies.

Diplomatic action, battlefield success and decision events such as the sale of the Confederate Cotton Stockpile or the Emancipation Proclamation will determine whether the European Great Powers intervene in the Civil War. The UK, France and Spain can all be persuaded to support the Confederate cause, and their entry could greatly alter the war’s outcome.

As the Civil War divides the United States, the French Emperor Napoleon III is engaged in another battle for control of Mexico. The front lines in America’s southern neighbour will be constantly changing, and if France should enter the war, players will be able to take up the flag of the Republic or the Empire as the Civil War grows into a conflict to determine the fate of all of North America!

Using an enhanced version of the engine used by our WWI and WWII games, American Civil War also incorporates all of the much-loved features from previous titles in the series, ensuring that a great gaming experience awaits series veterans and new recruits alike!