Nemesis is an expansion to Stellaris in which you will be able to determine the fate of a destabilizing galaxy. Adding espionage tools, a path to power as the Galactic Custodian - or the Menace option to become the crisis - Nemesis gives you the most powerful tools ever available in Stellaris. 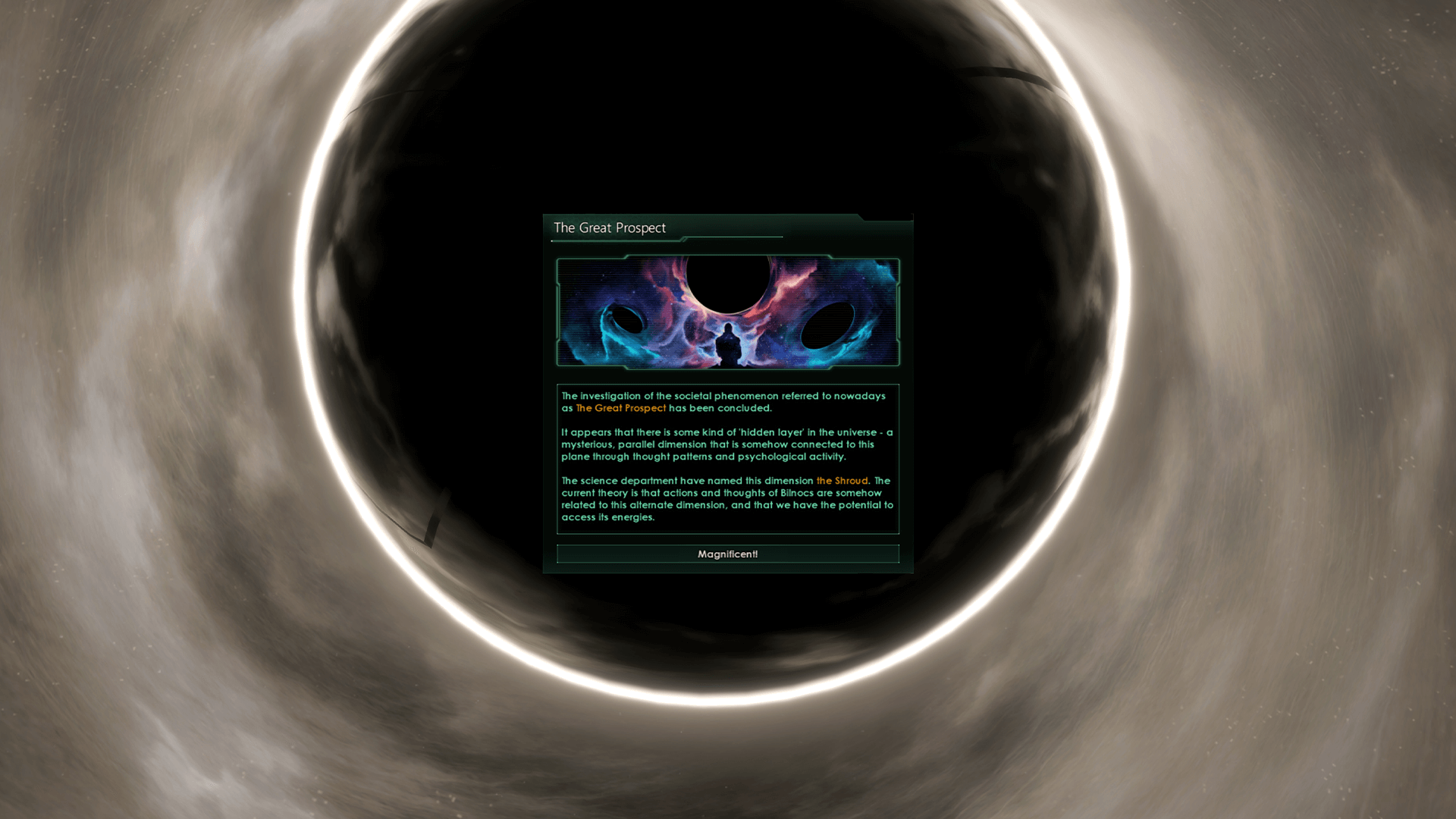 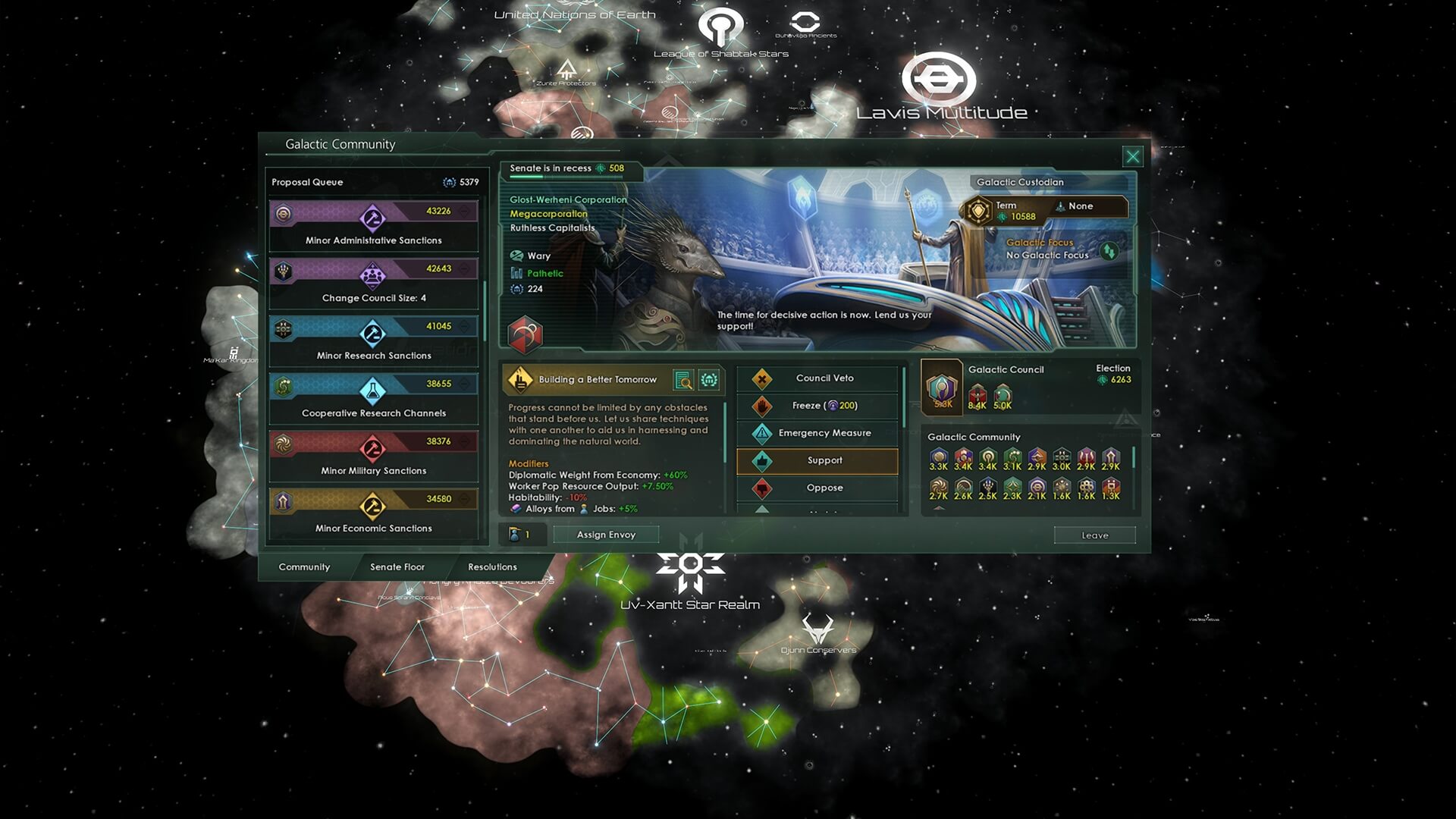 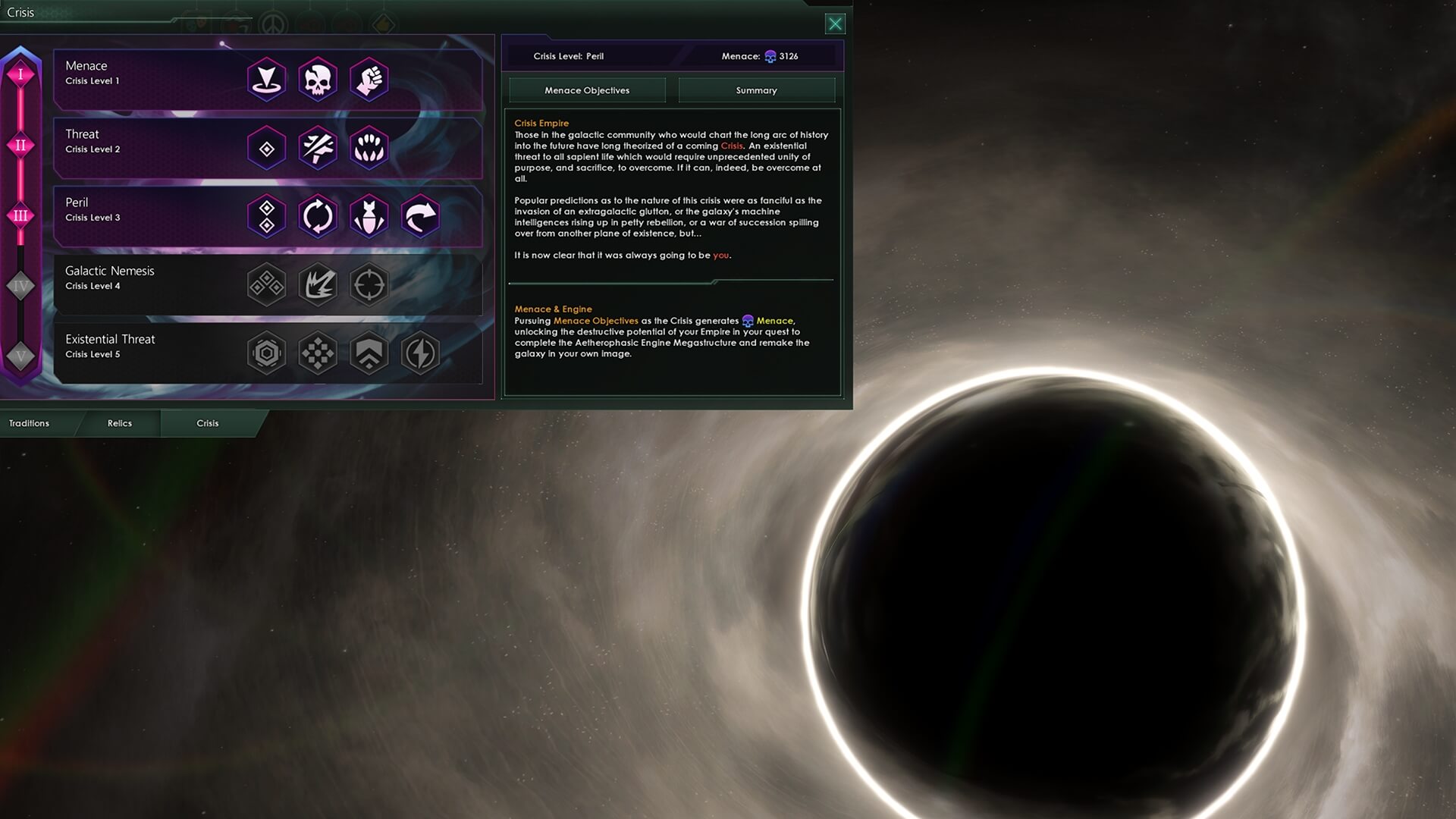 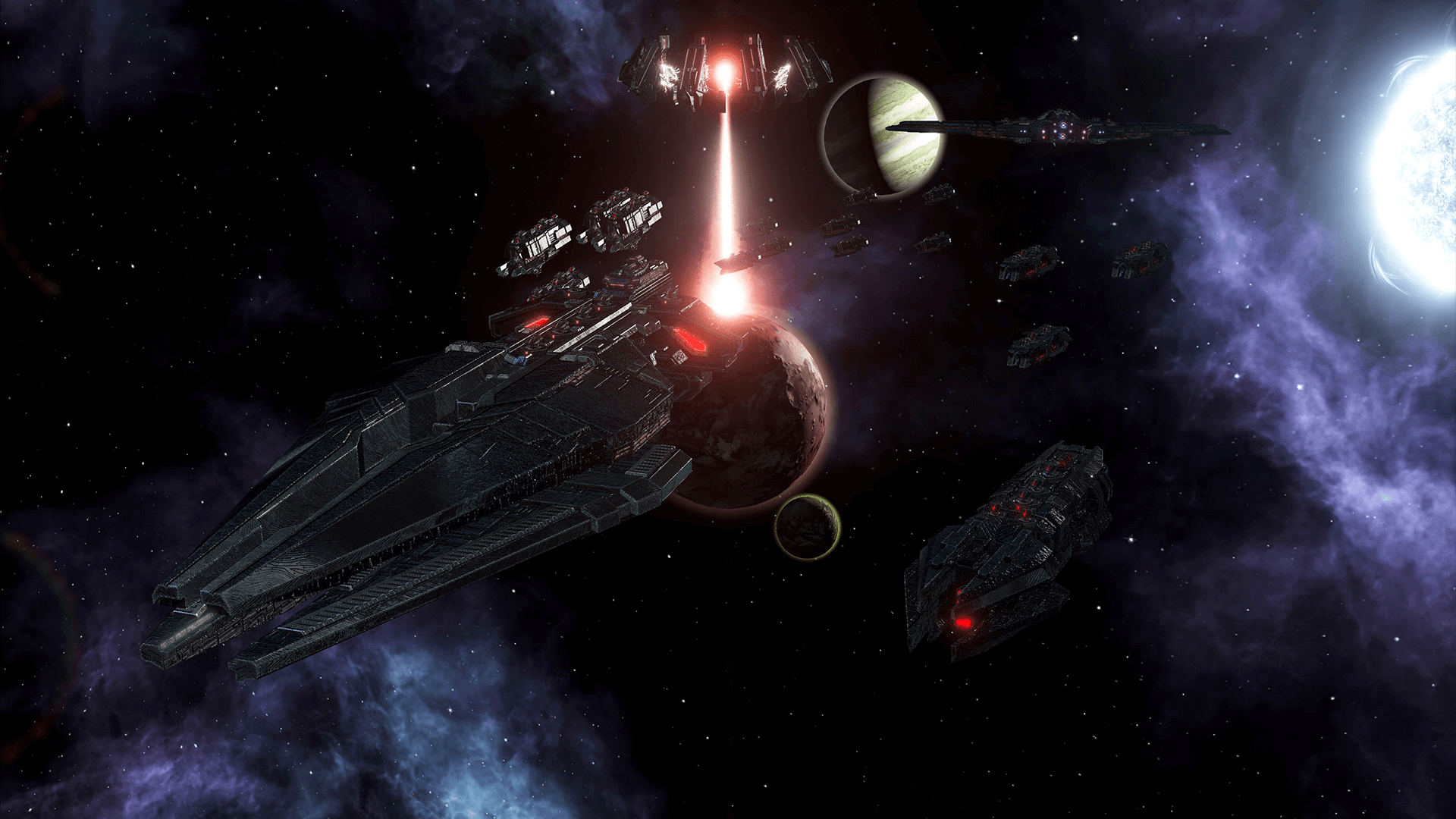 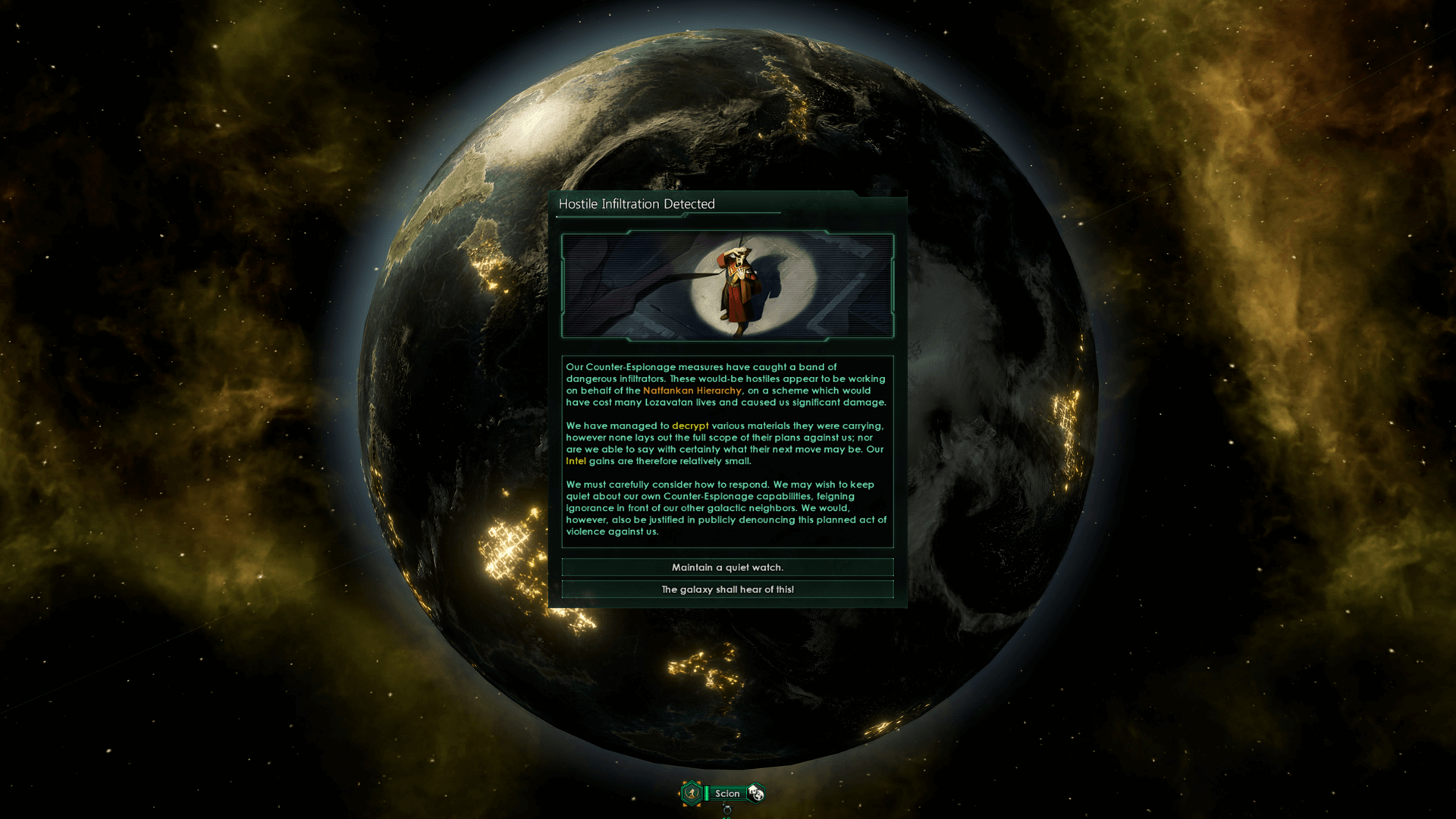 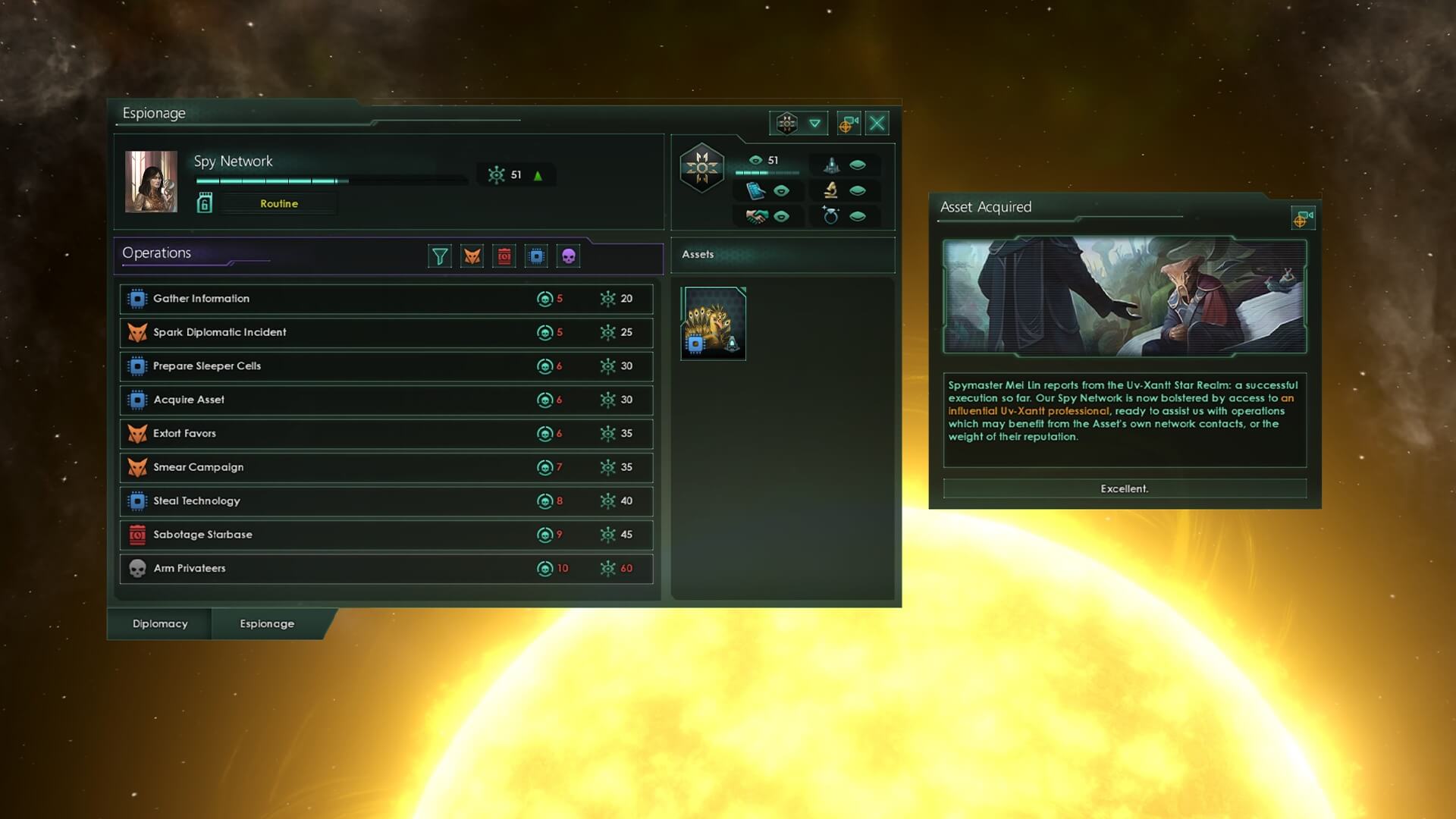 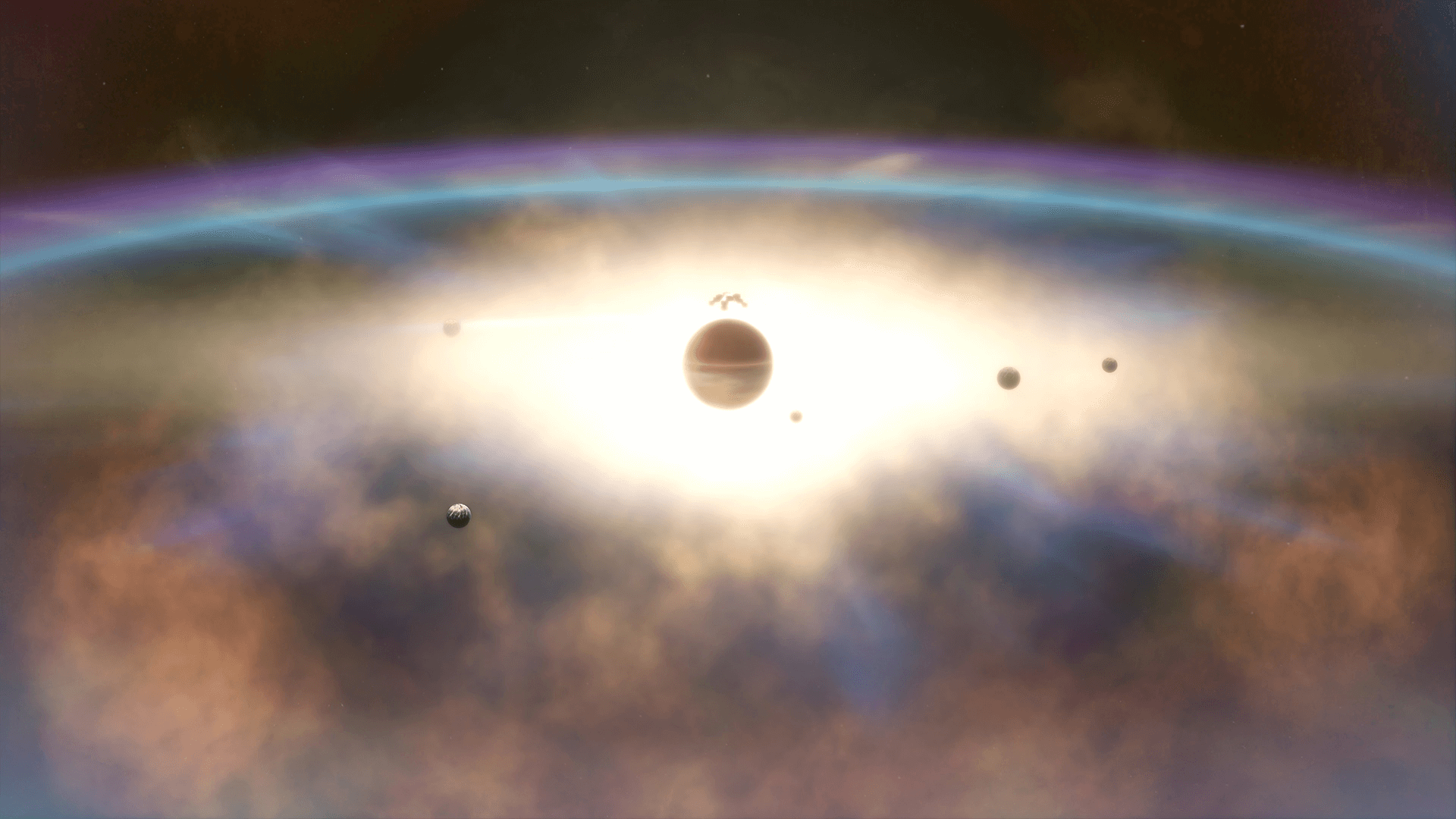 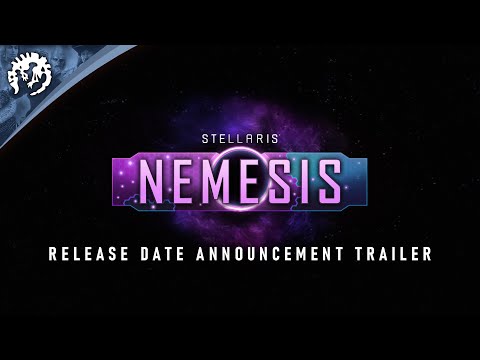 Nemesis is an expansion to Stellaris in which the player will be able to determine the fate of a destabilizing galaxy. Adding espionage tools, a path to power as the Galactic Custodian to combat endgame crises - or the Menace option to BECOME the endgame crisis - Nemesis gives you the most powerful tools ever available in Stellaris.

Ultimately you will have to make the choice between chaos or control, to take charge of a galaxy spiraling into crisis. Will you find a way to take power through diplomacy or subterfuge, or will you watch the stars go out one by one?

Become the Crisis: You are the fire that spreads across the galaxy, threatening its very existence. As your empire becomes more and more menacing, you’ll unlock powerful bonuses to finish a hopeless galactic stalemate on your own terms. If the rest of the galaxy can’t stop you in time, you can unleash enough power to end all of existence!

Galactic Custodian: It’s up to you to campaign for the Galactic Community to declare you a Custodian, granting you emergency powers to combat the Crisis. Use them to bring the galaxy back from the edge of destruction and restore order. When the crisis is defeated you may choose to relinquish your powers...or keep them, and form a new Galactic Imperium.

Espionage: Knowledge is power; use new tools to spy on your enemies (or friends). Deploy Envoys to lead covert Operations and counterintelligence behind enemy borders. Lies and deceit will throw your enemies off your scent while you learn their deepest secrets.

As your Infiltration Level grows you’ll unlock new operations, such as Sabotage Starbase, Acquire Assets or Steal Tech. Turn allies against each other through the use of smear campaigns and by instigating diplomatic incidents. Play your cards right, and they’ll be none the wiser: what they don’t know will hurt them.

New Ship Set: Nemesis includes new ships inspired by some of the most imposing empires in science fiction. Whether you’re taking control of the galaxy or wiping it out, you’ll look as powerful as you feel.