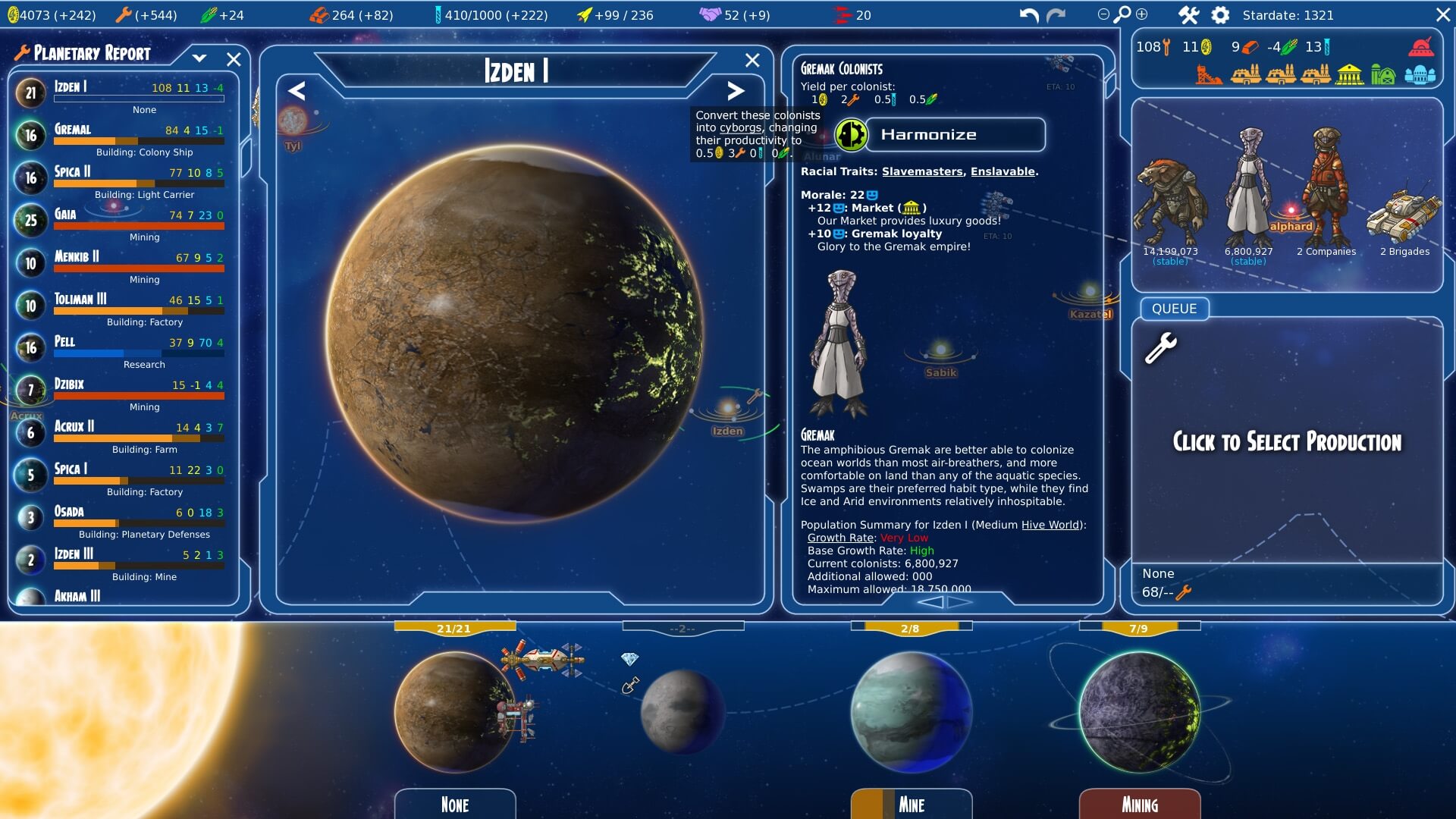 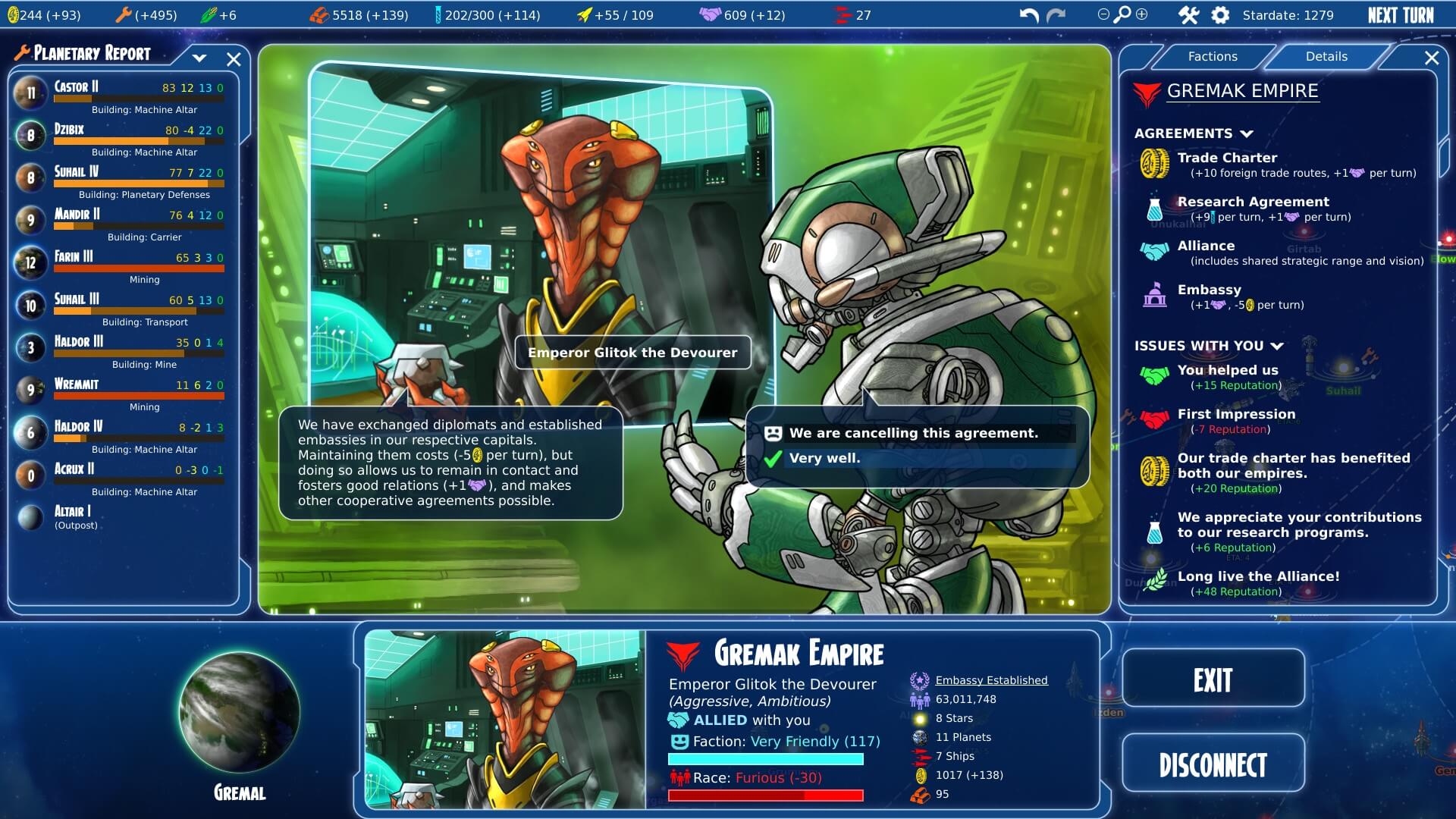 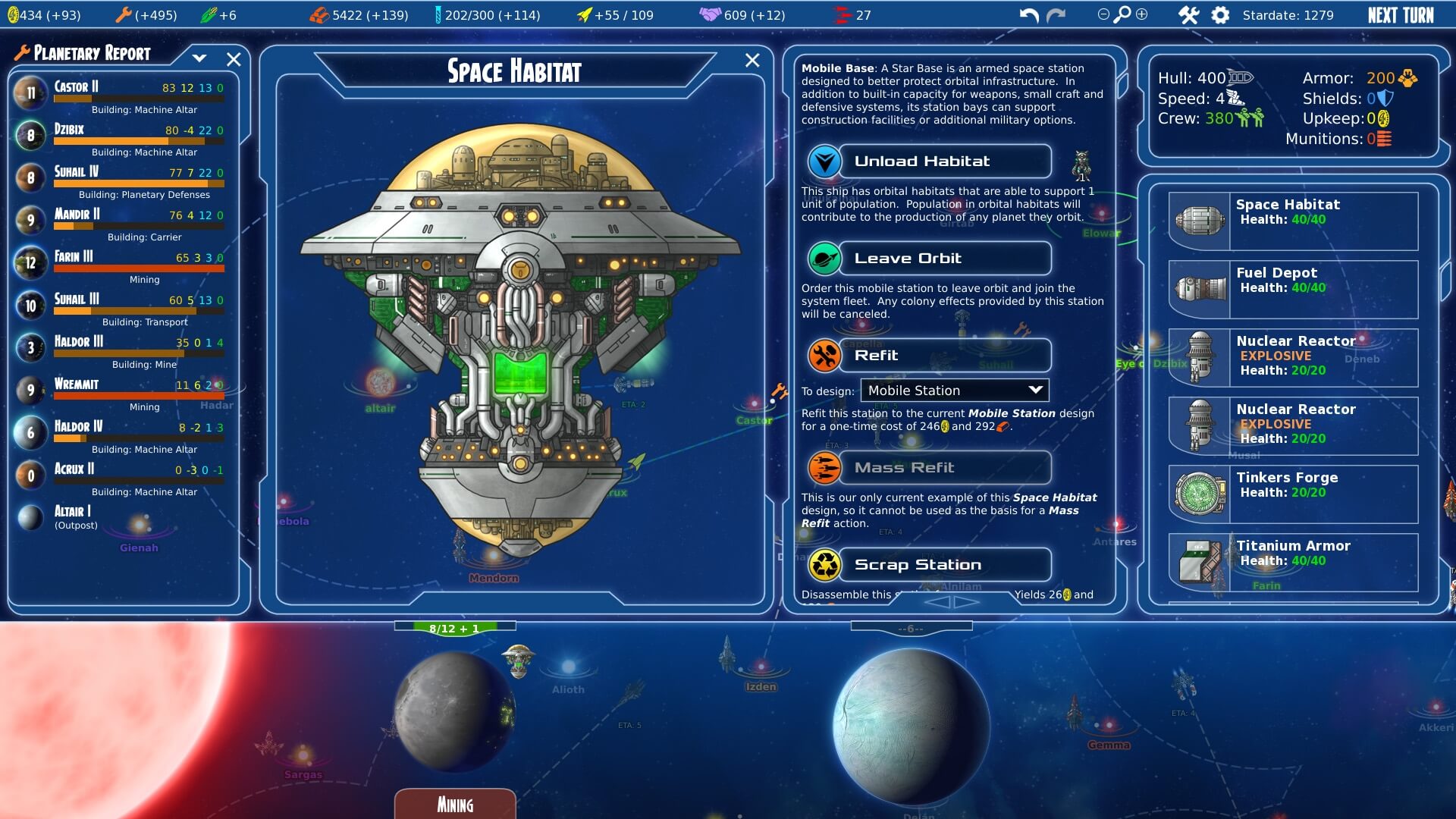 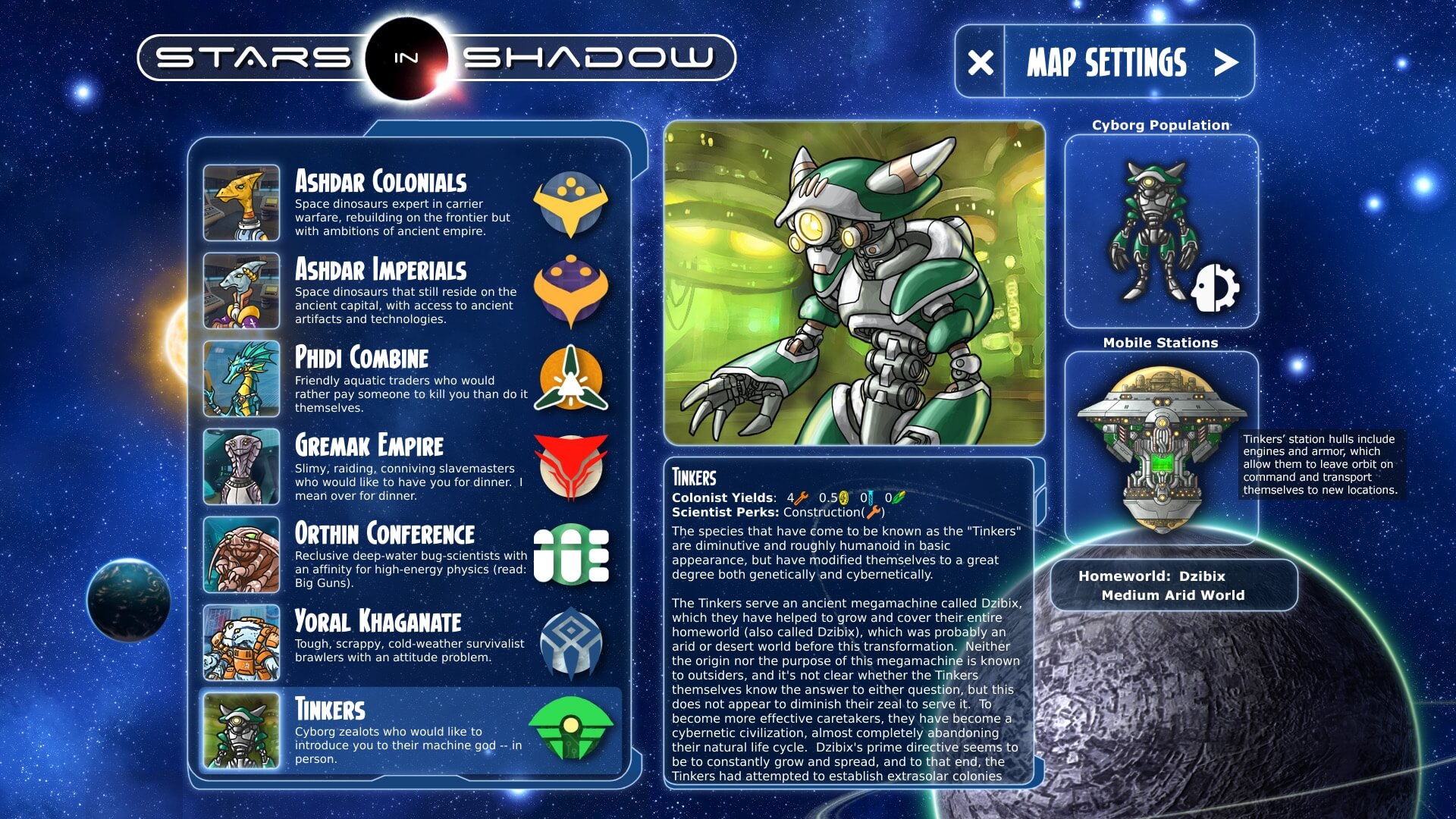 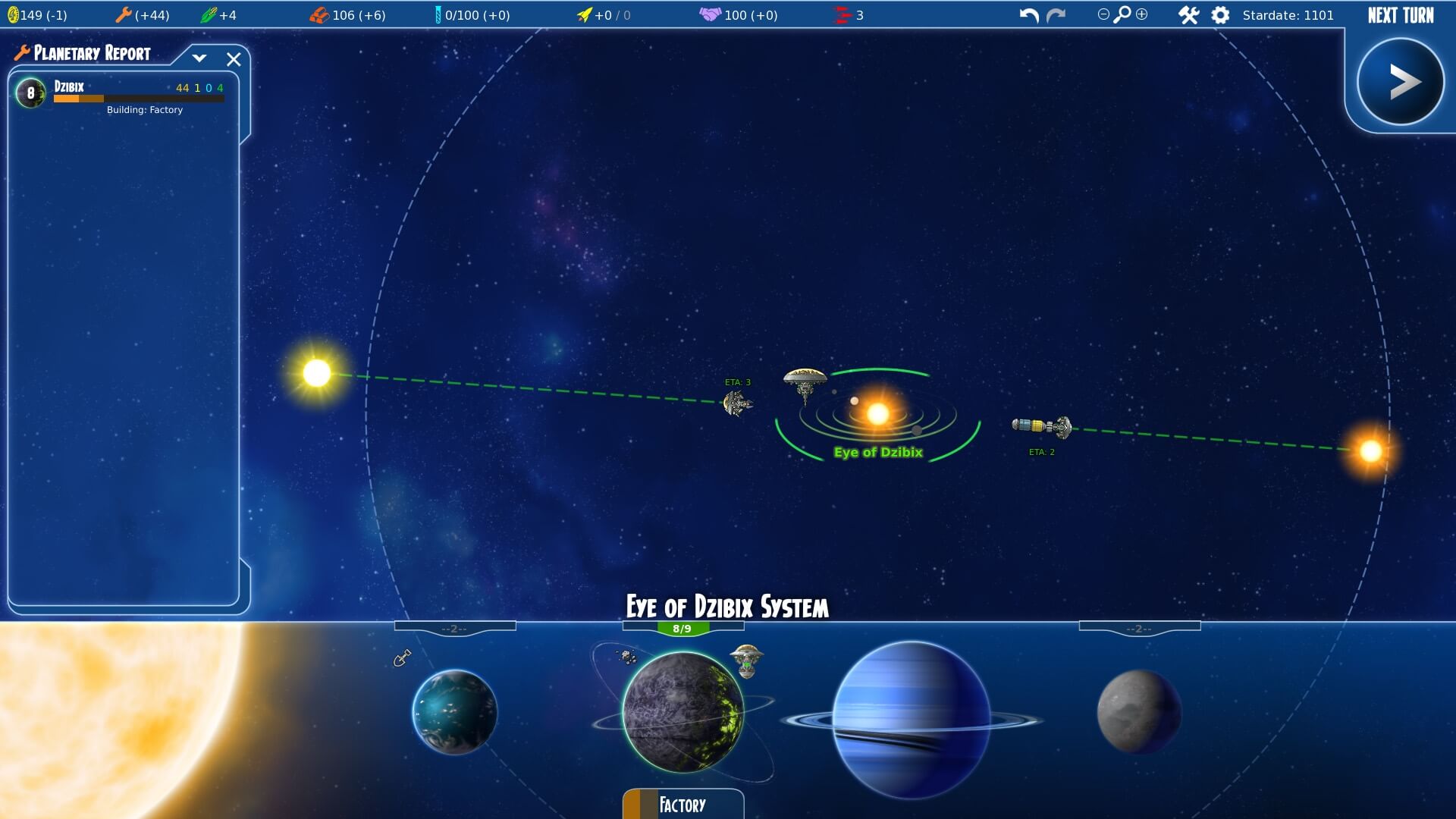 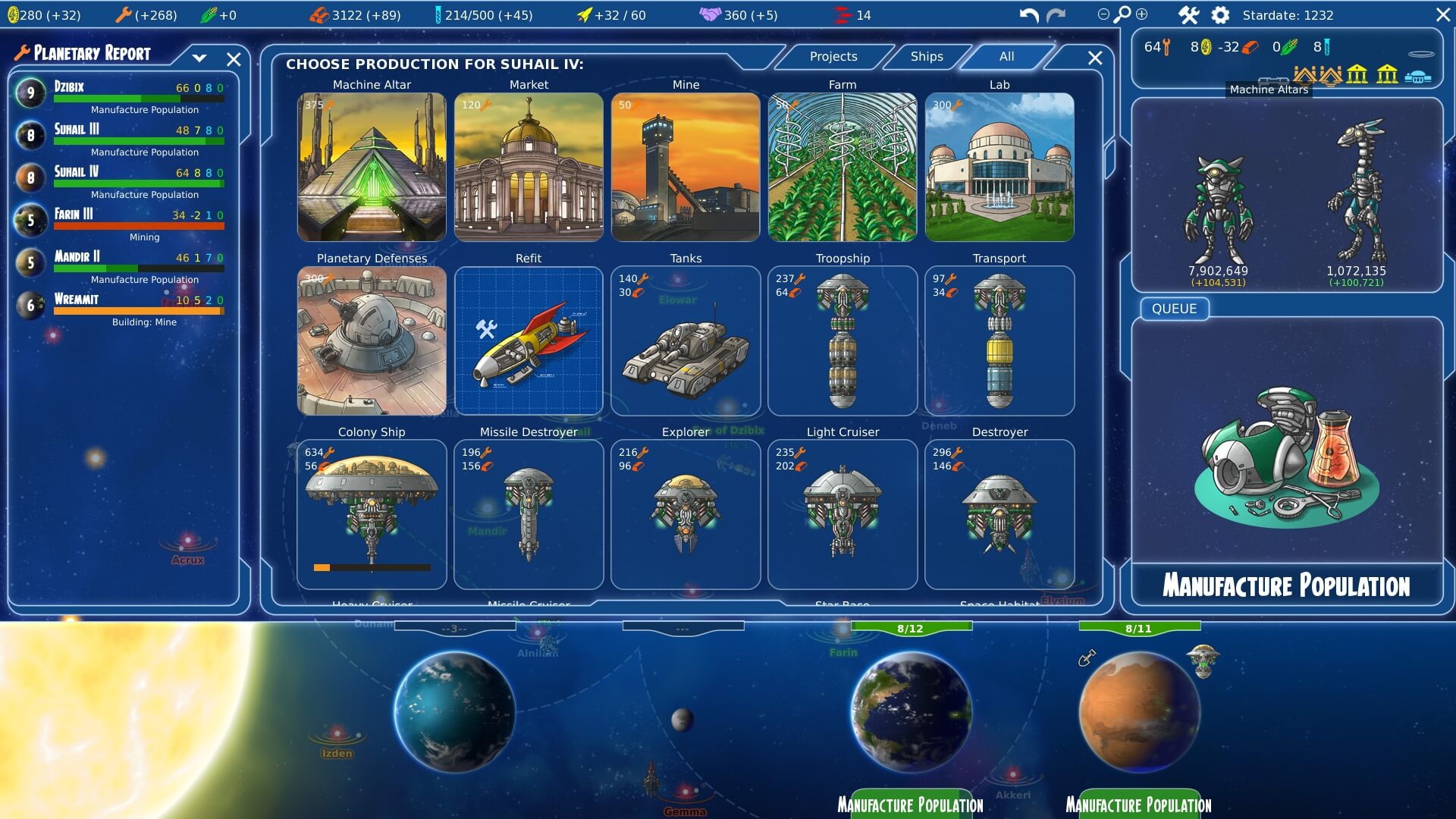 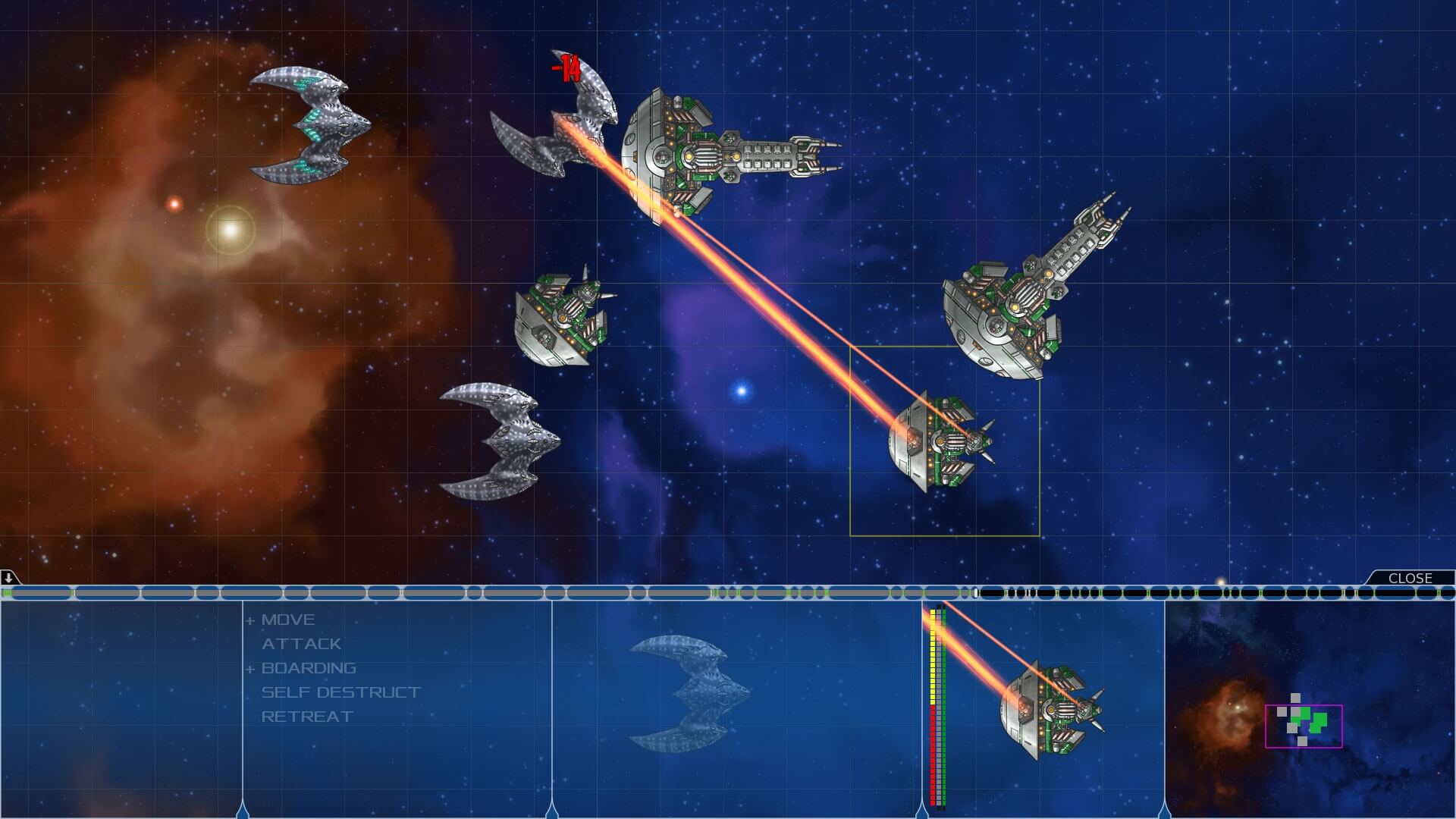 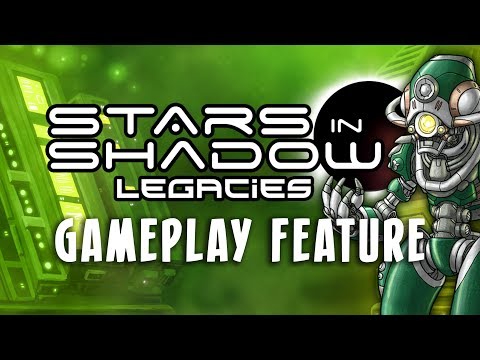 Legacies introduces a new playable faction, the cyborg Tinkers. The Tinkers are a race of cyborgs who worship Dzibix, an ancient mega machine located on their arid homeworld of the same name. Dzibix is -- or was -- an automated factory built by one of the ancient civilizations of the Golden Age.

The Tinkers worship Dzibix as a machine god and as result it has grown to cover most of the planet and has achieved at least minimal self-awareness. To appease their machine god the dutiful Tinkers have converted themselves into cyborgs and remade their society as a cybernetic civilization.

Tinkers’ ships have increased armor, self-repair capability, and special systems for handling missiles and fighters. The Tinkers will have a custom home world and a full set of custom spaceships to build, and will take special advantage of several new gameplay features.

Also joining the galaxy is new minor faction: the hyperspace-dwelling Arda Seed. The Arda Seed will employ a number of new starship and station types, and make special use of several new gameplay features.

The Arda Seed faction represents the next step in uncovering the story of the causes behind the Great War, which will continue to be expanded upon in upcoming expansions.