Sanctum Breach is a Hardcore top down ARPG in the vein of games such as Diablo 2, Path of Exile and Grim Dawn. With a heavy focus on Endgame content and build customisation. 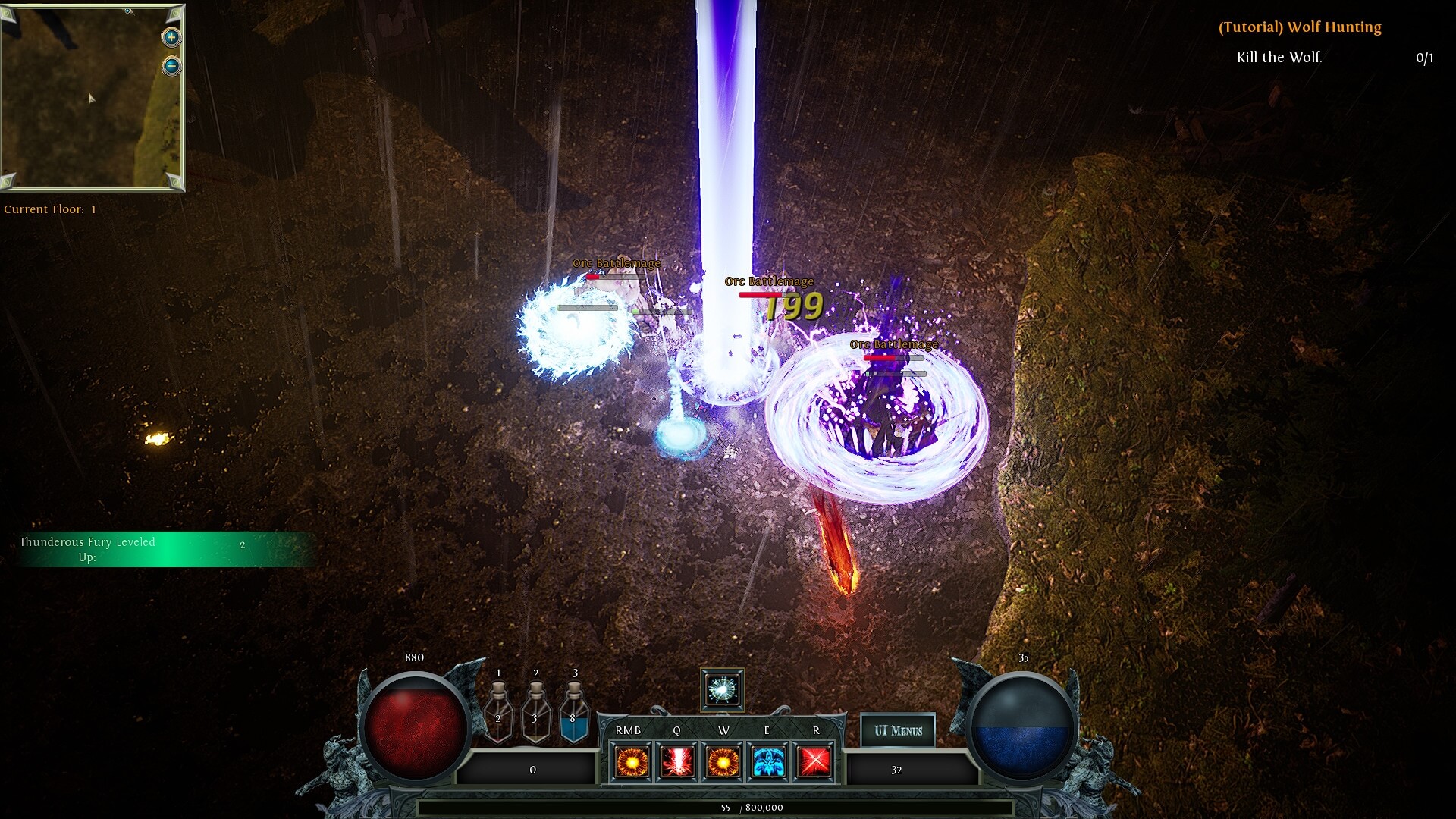 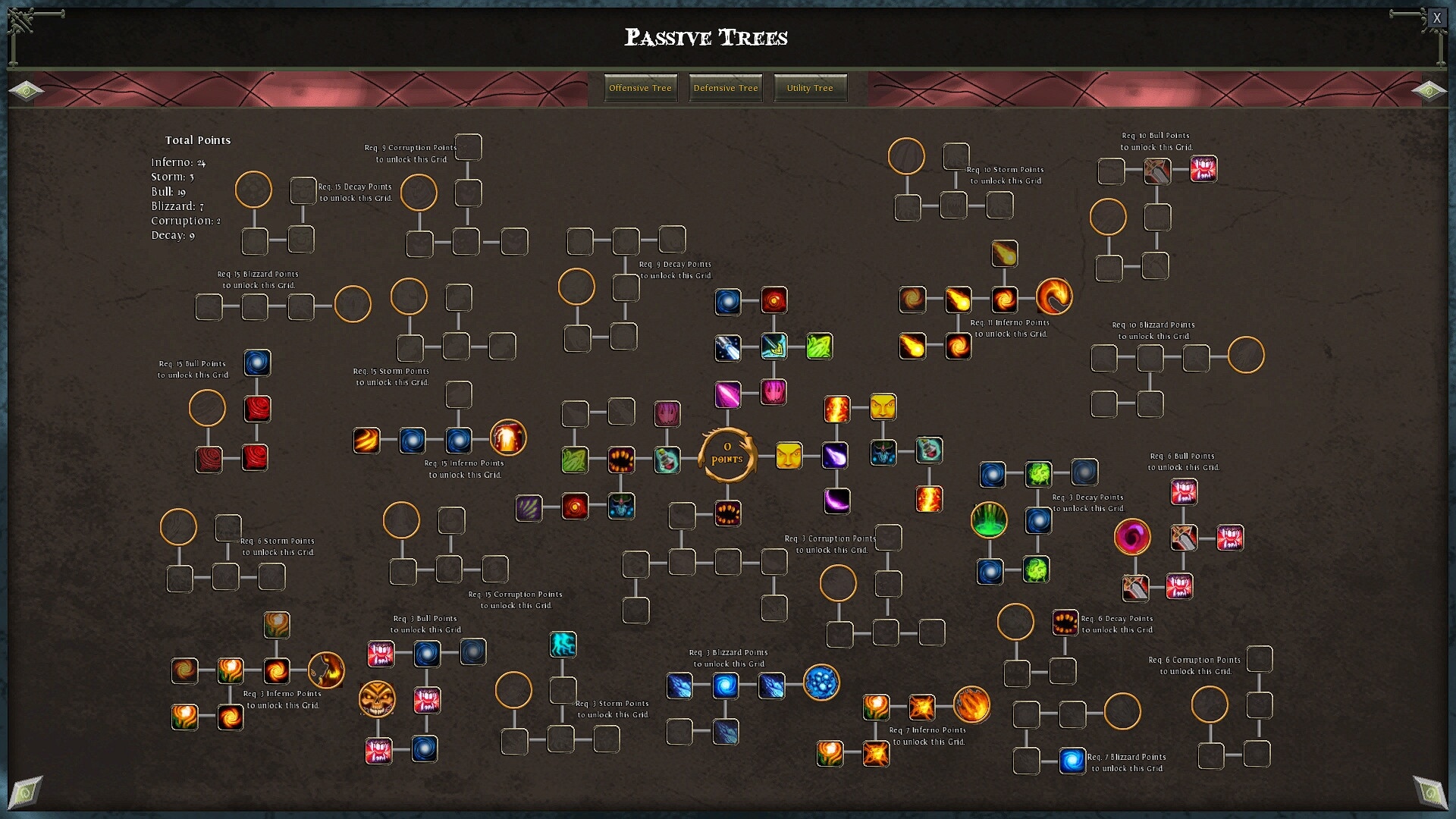 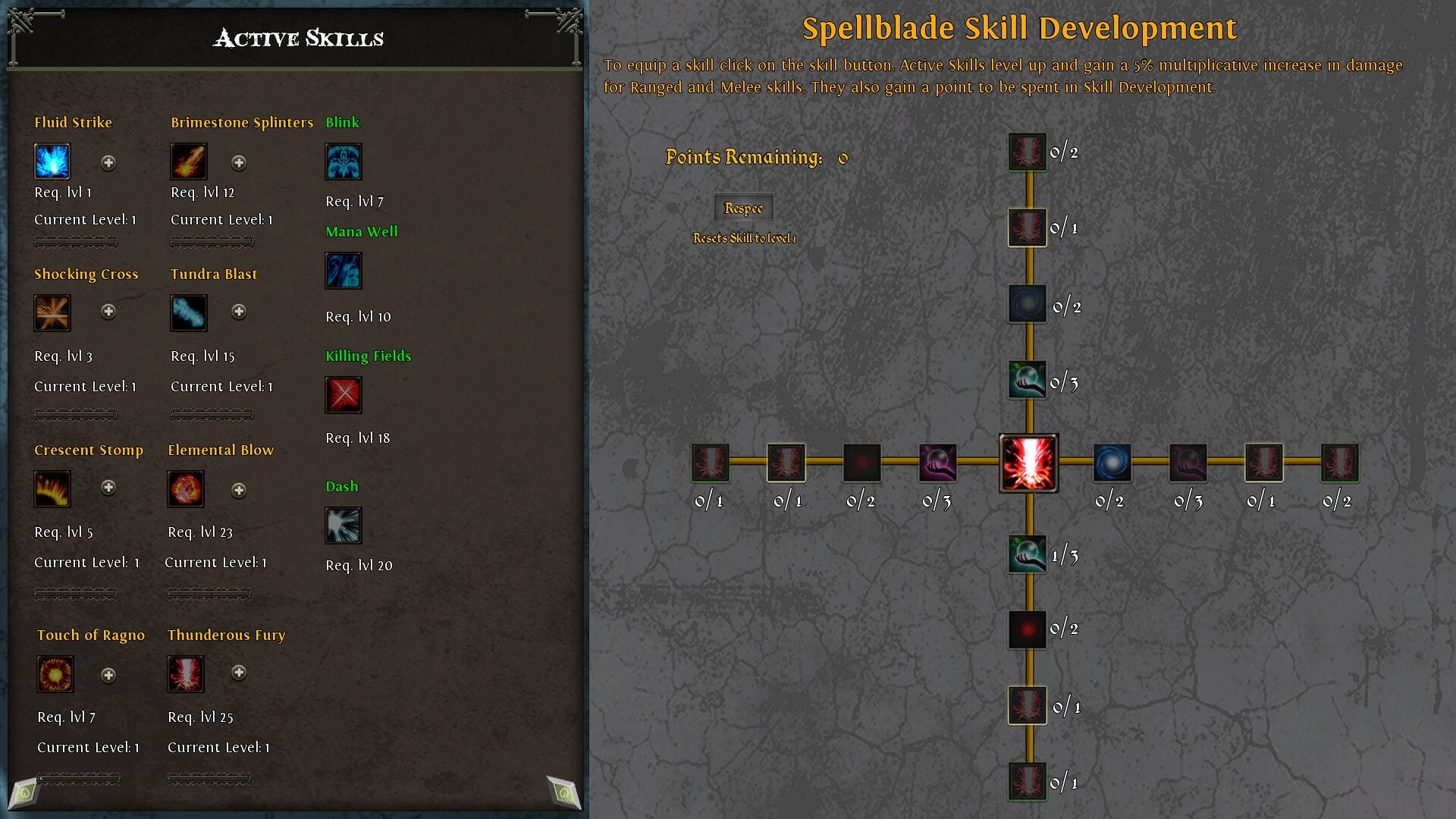 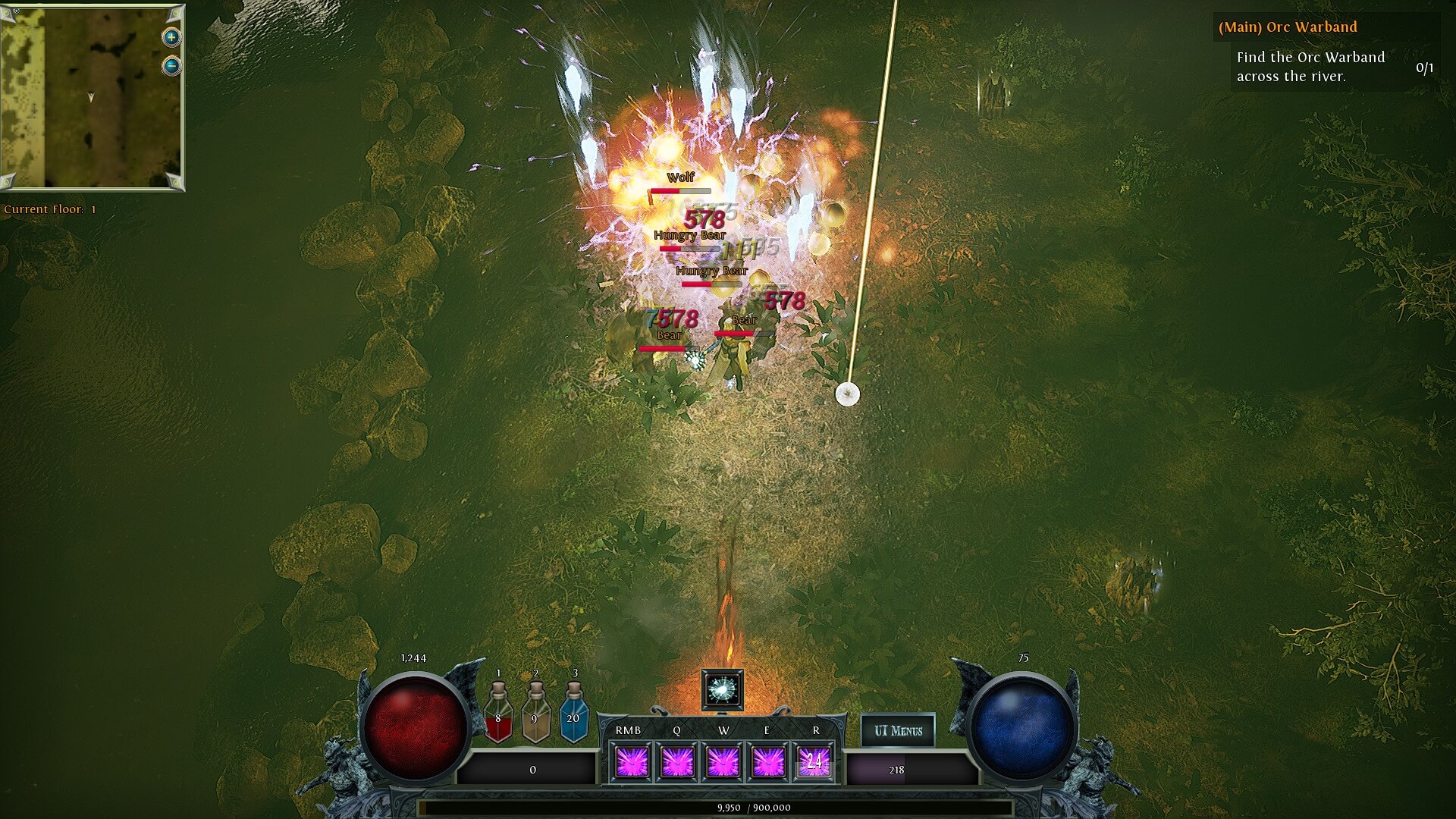 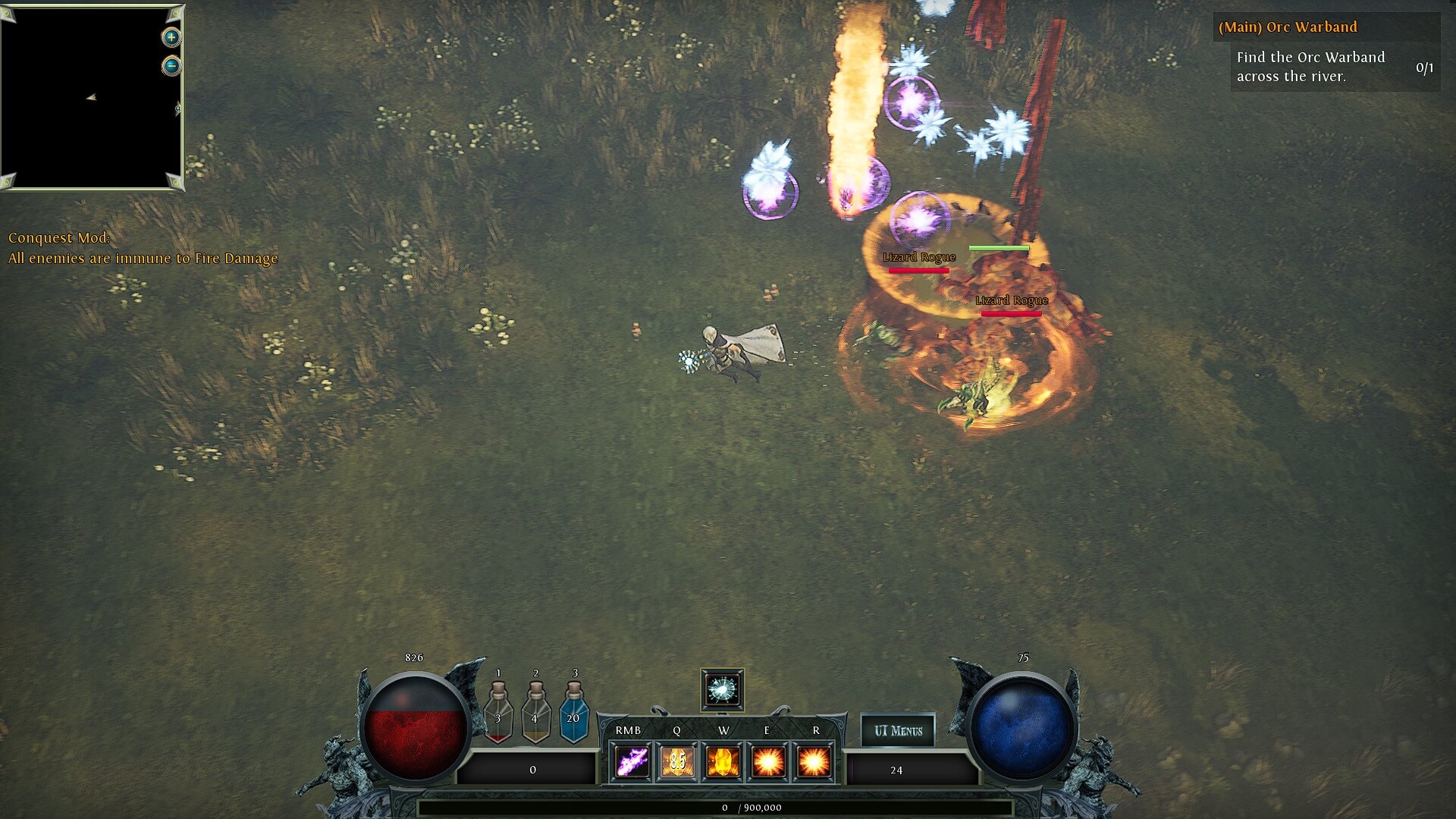 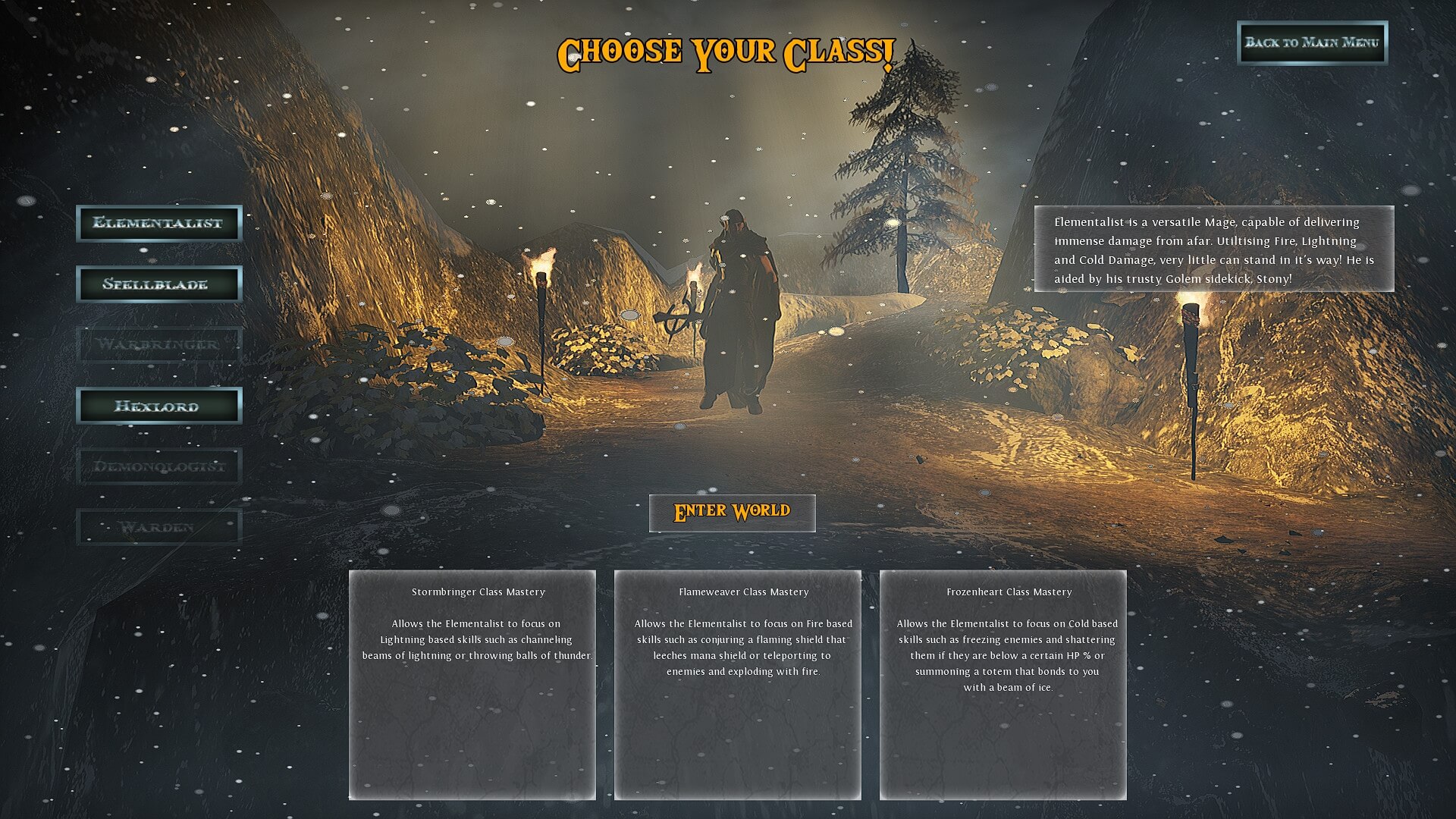 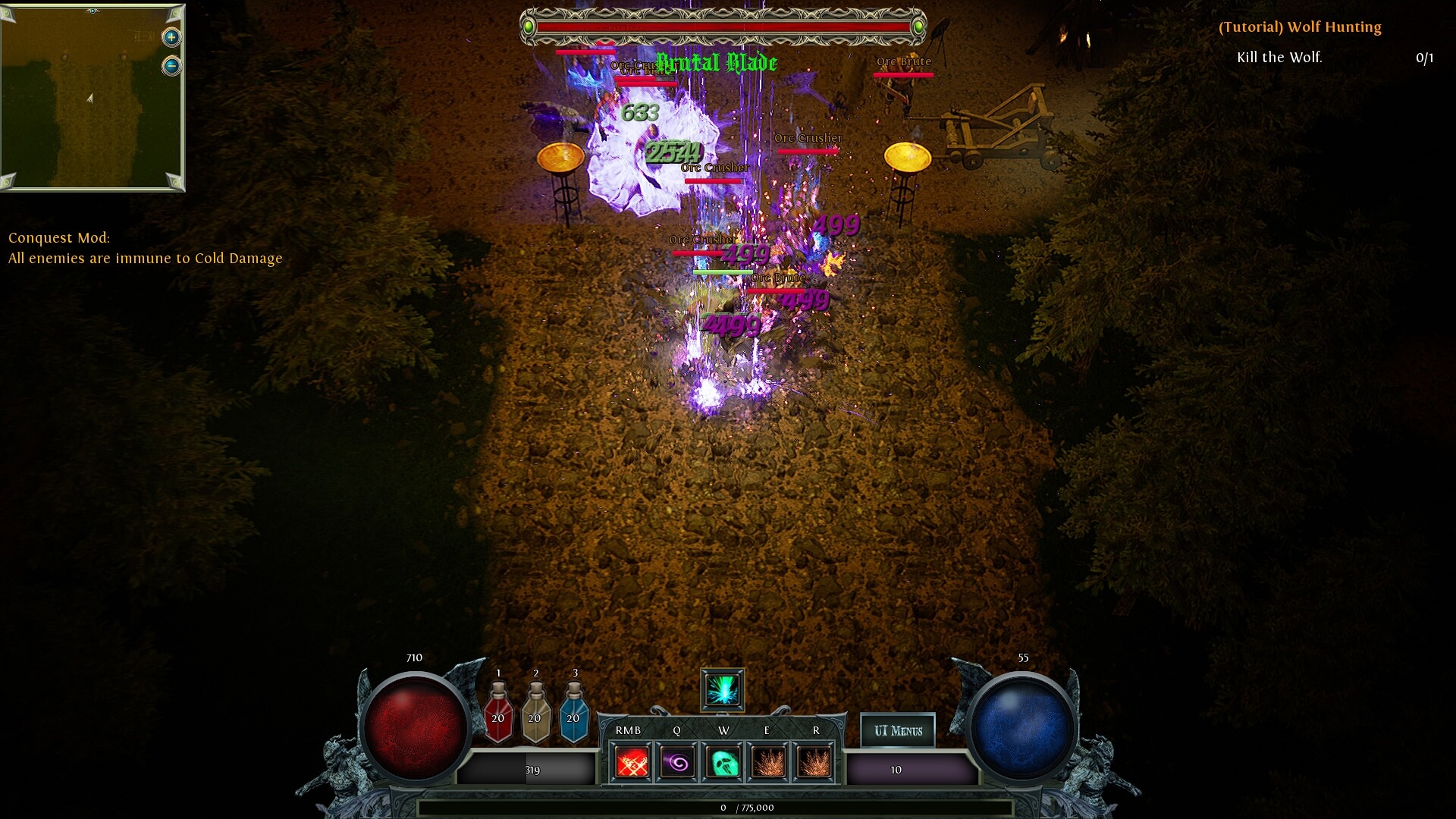 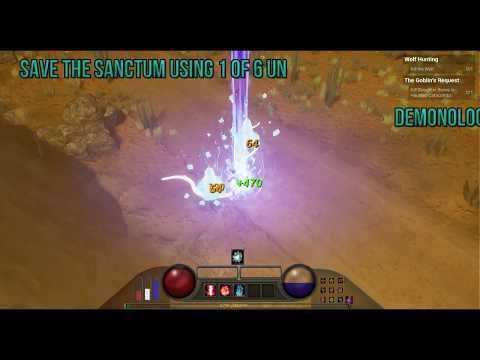 This patch adds 2 new Skills to Cleave and Warcry and many other associated major and augmented features :

Cleave in front of you, dealing Physical Damage.

180% of Weapon Damage as Physical Damage

Major 1: Skulls have a 50% chance to appear around each enemy hit, causing Delirium.

Major 2: Skulls have a 20% chance to spawn Demonic Skulls, which deal 2 Fire Damage per Player Level in a 125 Radius.

Major 4: Demonic Skulls spawn a torrent of Frozen Skulls to fall from the sky, dealing 3 Cold Damage per Player Level in a 100 Radius.

Major 5: Spawns a fiery inferno in the centre of the cleave, dealing 2 Fire Damage per Player Level in a 150 Radius every 0.5 seconds for 2 seconds. Adds a 3 second Cooldown.

Major 6: A barrier forms around you, increasing Defence by 2 per Player Level for 3 seconds.

Major 7: A whirlwind rips forwards dealing 1 Physical Damage per Player Level to enemies in a 200 Radius, travels 1200 Distance at 250 Speed and ticks every 0.2 Seconds.

Major 8: A massive Tornado spawns at your location, dealing 4 Physical Damage per Player Level every 0.5 seconds for 2 seconds in a 200 Radius (only one Tornado will deal damage at once).

Let out a Warcry that deals Fire Damage in a Radius.

150% of Weapon Damage as Fire Damage

Major 3: Enemies that are hit whilst affected by a status ailment have a 20% chance to Melt.

Major 4: After casting gain a 50% Damage increase for the next cast (has a 1 cast cooldown).

The next patch will roll out the final 2 core skills alongside improvements to projectiles (they will now follow the terrain up and down, rather than just up) and any additional bug fixes that players find in the interim. This is due in the middle of February.

Sanctum Breach is a challenging top down ARPG with an old school vibe! Build your character and fight to reclaim your birth right!

The world is falling into disarray as the device used for millennia by the Gods, the Auxillium Porta, has been destroyed in a conflict between the Gods and their offspring, of which you are one. The gods sole purpose for the Auxillium Porta was to intervene in the ways of Man and prevent them from ultimately damning themselves and the world in which they inhabit. Now you must work to unite the shattered device. By finding its fragments scattered across the universe you hope to undo the damage your siblings wrought and carry on your Father's legacy.

There are a myriad of different methods that can help you to diversify and strengthen you character. Gold can be found by killing enemies encountered on your travels and spent in the Goblin's Gift, after you complete his quest. This grants you points in Resistances and Damages.

When you level up you gain a point to be spent in the Passive Trees. The Passive Trees have nodes for every pretty much every Stat in the game and are split up into 3 separate trees. You can allocate points anywhere but must follow the paths and Cluster point requirements. At the end of each Cluster is a Keystone which has a dramatic effect, such as "on hit", or "on damage taken".

Skills can also be levelled up and gain a natural increase in Damage upon doing so. They also gain a point to be spent in their individual Skill Trees. These trees enhance the Skill in a multitude of ways, with 8 minor nodes that offer various stat increases, 4 major nodes that modify the skills functionality, and then 4 augment nodes that further enhance that modification. These nodes must be unlocked sequentially.

Items come in 8 different rarities, some of which have powerful and unique Skills associated with them. They can either modify current skills or add an effect to the character, such as "cast a Fireball on hit", or "reduce cooldown on kill".

Endgame Content is the major focus of the game and there is a plethora to choose from, so everyone can find something they love!

Conquests are a series of encampments with a selection of thematic enemies and a mini boss. Once they have been defeated the player will face a super boss in a 1v1 encounter. Conquests also have a random modifier applied to them, such as "immune to Fire damage".

Mythical Trials offer a unique challenge based on the type of Mythical creature. For example in "Flight of the Phoenix" the player must hunt down the Phoenix and fight his multiple phases, after which he is reborn stronger and more deadlier than before. "Maze of the Minotaur" sees the player tracking the Minotaur down through his maze, constantly alert for his "Shadow Form", which cannot be killed, and must be evaded!

Boss Encounters are a 1v1 fight with a Super Boss. Each boss has it's own thematic arena and drops a multitude of loot upon death, including specific Relic items!

Arena is a series of 10 waves against a multitude of different enemies. Be careful, it's easy to become overwhelmed because each wave the enemies gain a damage and health buff!

Endless Abyss is an endless dungeon with various tilesets and mini bosses. You can also summon up to 4 mercenaries to fight alongside you as you plunge it's depths looking for untold treasures!

Chaotic Encounters allows the player to fight up to 3 random bosses at once in a mad scramble for chase items. The right combination can lead to wealth. The wrong combination, a shallow grave ...

Some of the more prominent features in the game include:

Six distinct classes, each with access to individual class skills.

Constant progression with 8 tiers of item rarity, finding gear improvements is always easy, even in endgame!

Powerful items feel powerful, with unique skills tied to them.

Each Boss has it's own loot pool with Unique items tied to them.

Every Endgame Zone is a Roguelike.

Vacuum Looting and Sell All straight from your inventory!