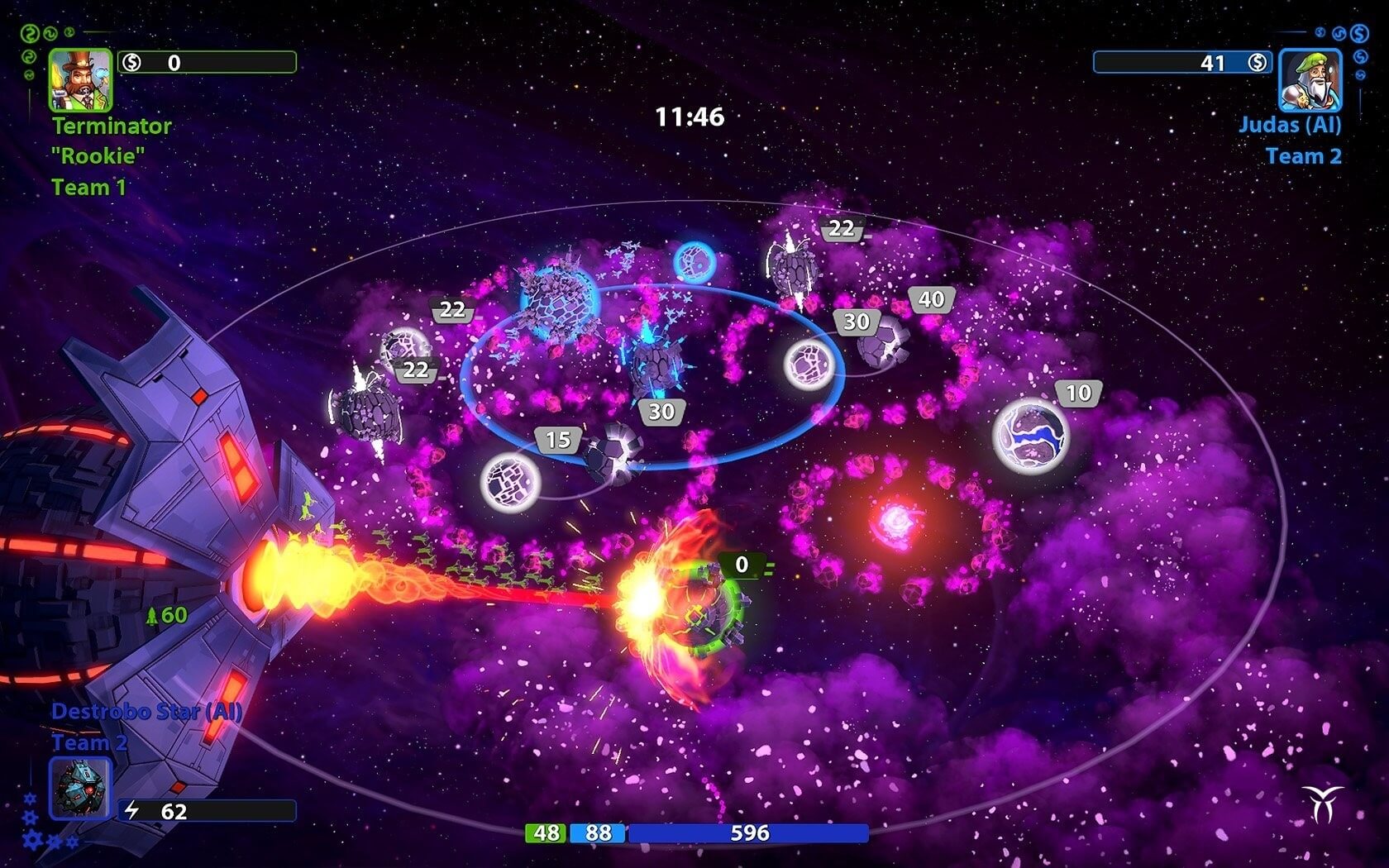 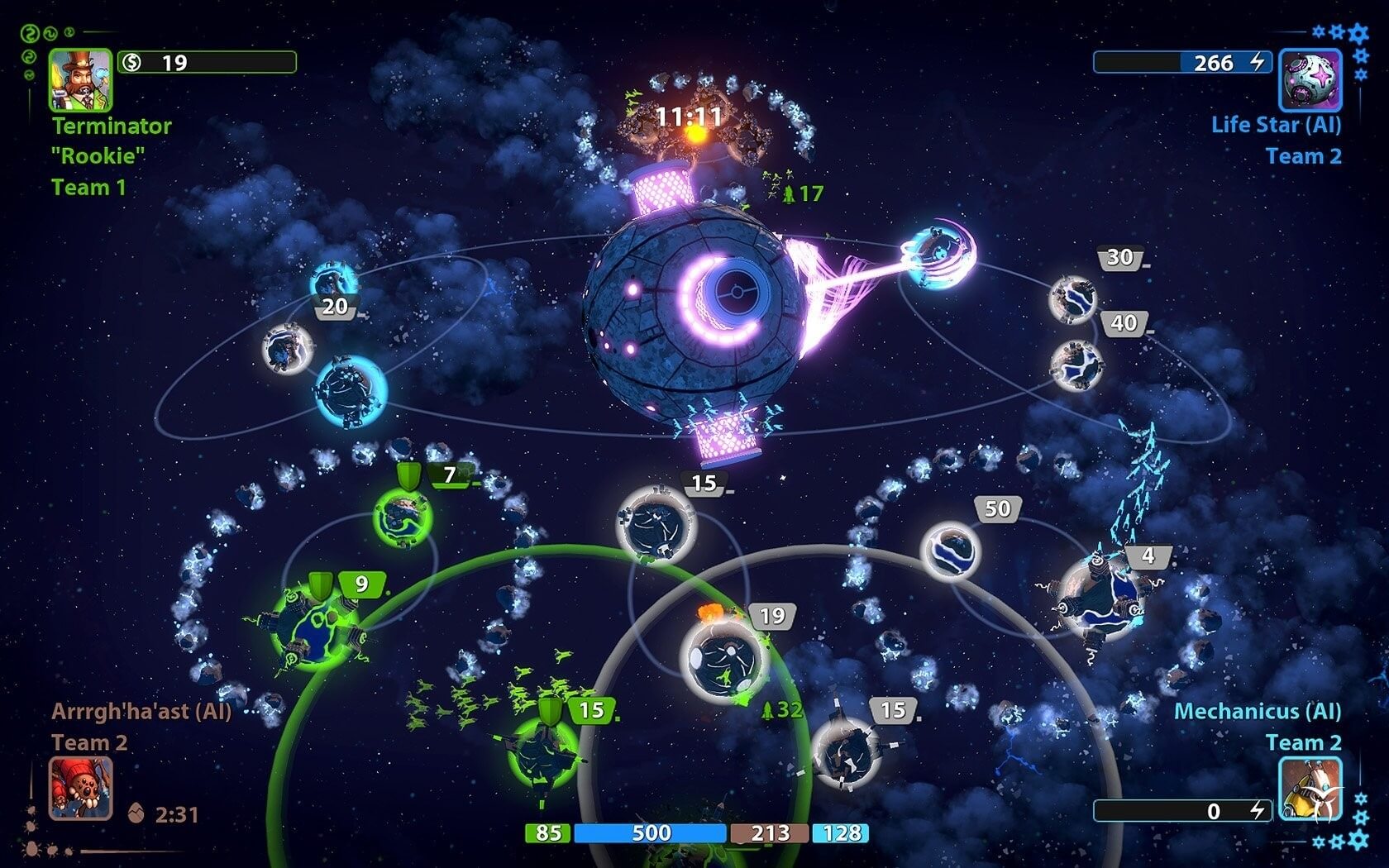 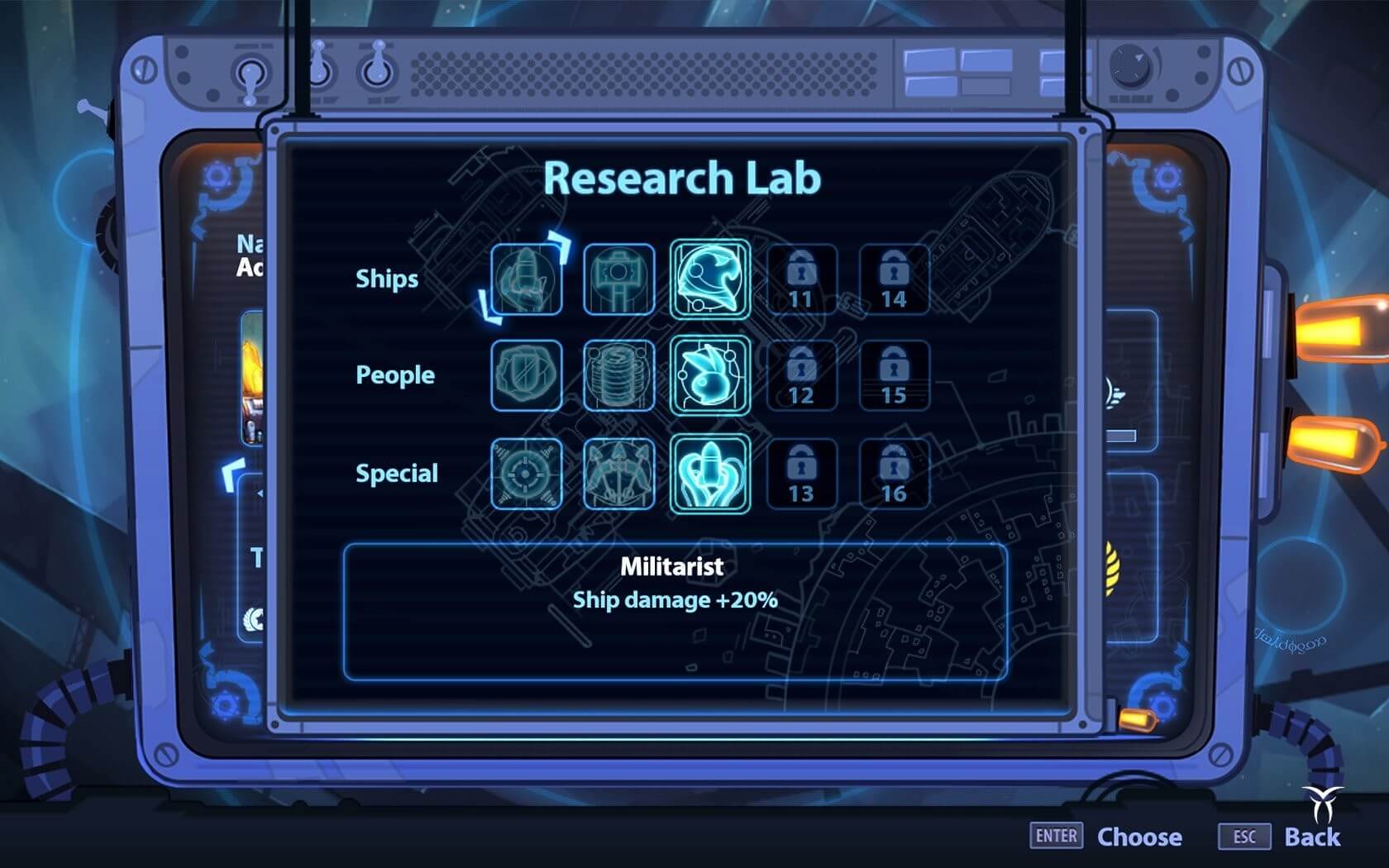 "Planets under Attack" is an upcoming project from the same Targem Games development team responsible for the famous chess simulation title, "Battle vs Chess". This strategy-minded team has ditched the chess board in favor of the wide and wild expanses of space, taking the battle to new frontiers that will challenge both strategy newbies and veterans alike.

The new El Dorado has been found in a galaxy far away! This sentence has money hungry space jockeys flocking to the outer reaches of space like it’s the second gold rush! Follow Mr. Goodman, a desperate human pilot looking to conquer star systems and make some cash on the edges of the known universe. Battle your way through an immersive campaign, presented in a vibrant, comic-art style.

Learn the ropes in the tutorial, discover the widely different gameplay mechanics between the two playable races, then choose which race works best for you in complex multiplayer and skirmish battles!

Planets under Attack is a highly addictive strategy adventure suitable for both inexperienced and hard core strategy gamers. Roar through a faraway galaxy, conquering an impressive number of levels and completing an array of diverse missions. Fight for dominance in multiple self-contained planetary systems as you take the helm of your own space fleet. Each level provides loads of diversity, from goals to modes to difficulty levels. Conquer an entire planet system before an infested planet hatches aliens, or conquer a planet and hold off all comers! In addition, every mission offers three levels of difficulty, with each level unlocking additional challenges.

The deceptively simple game mechanics are packed into demanding missions, chalk full of strategic hazards. Rotating asteroid belts, changing star constellations and varied objectives make every mission a unique gaming experience that leaves the player hungry for the next challenge.

By using skillful tactics to complete objectives, the player will not only carve out his own niche in the galaxy, but he will also level up to new ranks. A well thought out technology tree enables the player to individually adapt his strategy to the game’s ever increasing difficulty. The right combination of technologies is often the difference between a decisive victory and a crushing defeat. Technologies have an impact on planetary defense, ship performance, and a myriad of other boosts that will rocket your fleet to interstellar dominance.

A last warning: This game will draw you into its orbit. Escaping it is up to you.

In addition to the immersive single player campaign and skirmish modes, "Planets under Attack" boasts an online Multiplayer mode, where players can prove their skills in live battles. From the different game modes (Team Multiplayer, Elimination, Capture, King of the Hill and Domination), two playable races and the chance to play in different team constellations, Skirmish and Multiplayer have something for every strategy fan!

Show your achievements! Unlockable ranks, avatars and rewards will spur you forward, increasing replay value and challenging all players, from newbies to veterans. Go online, and take the battle worldwide!