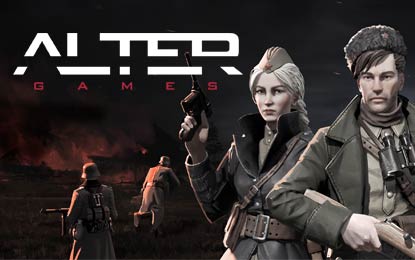 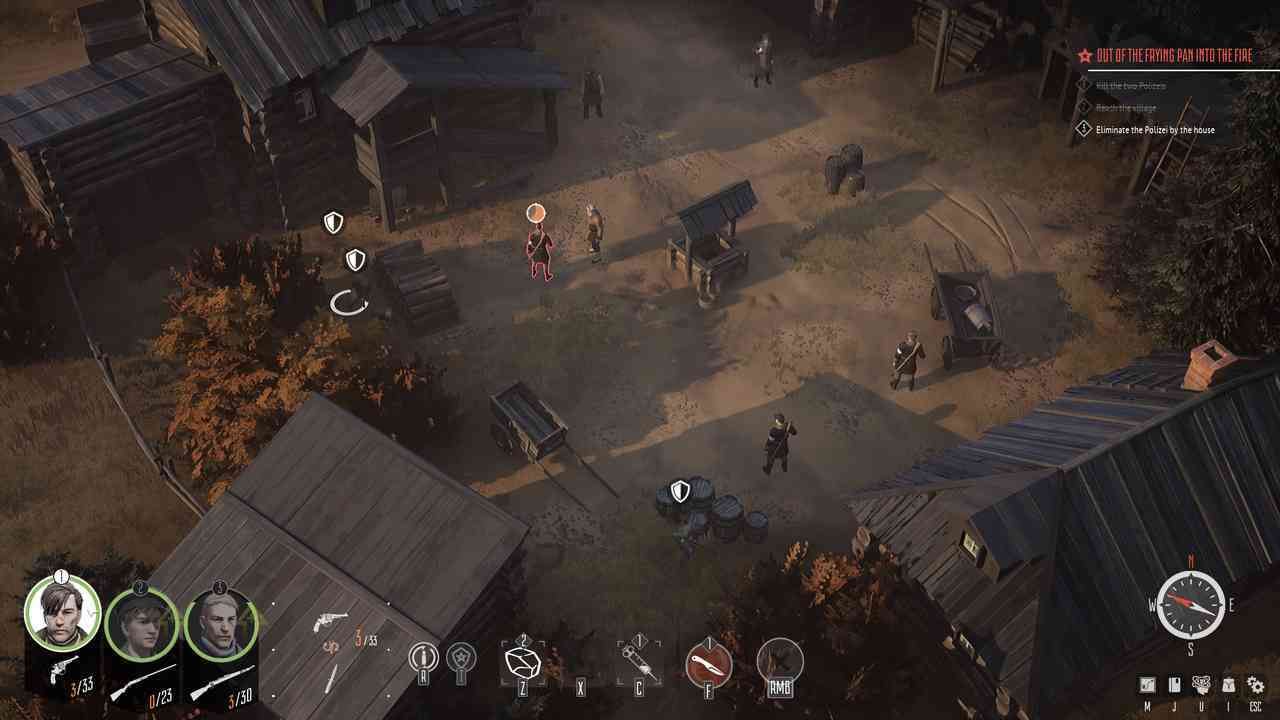 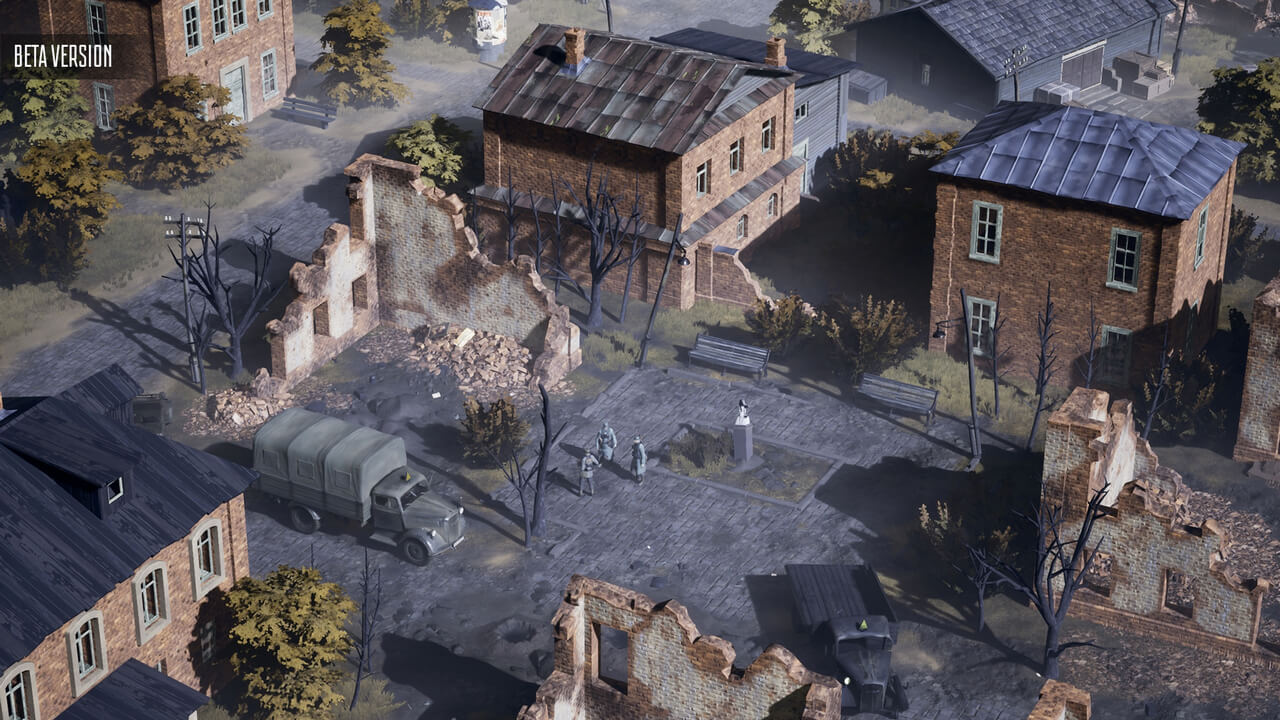 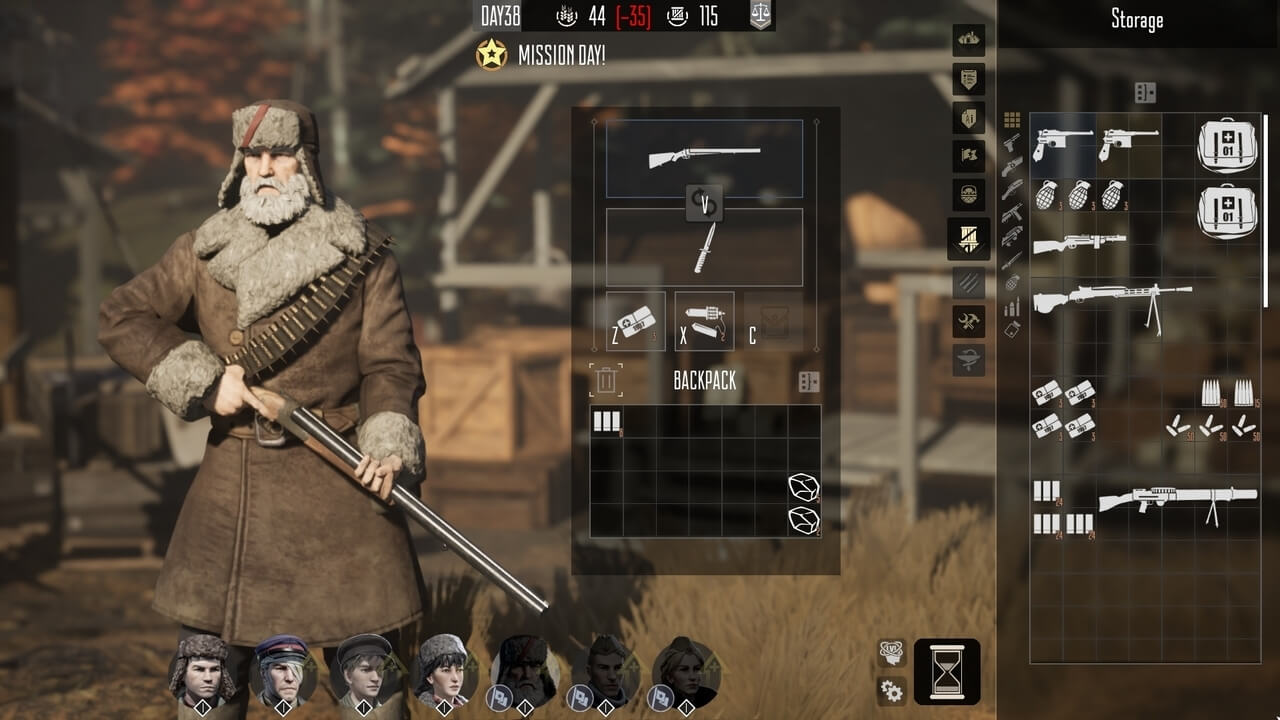 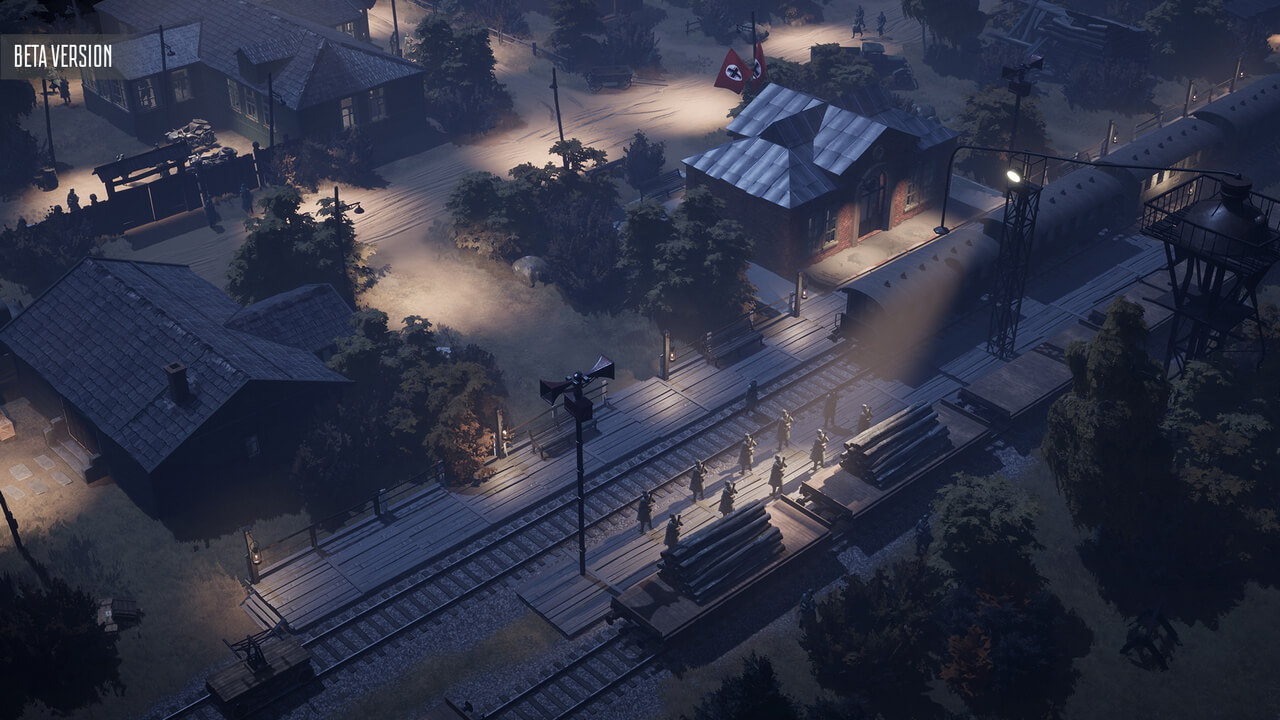 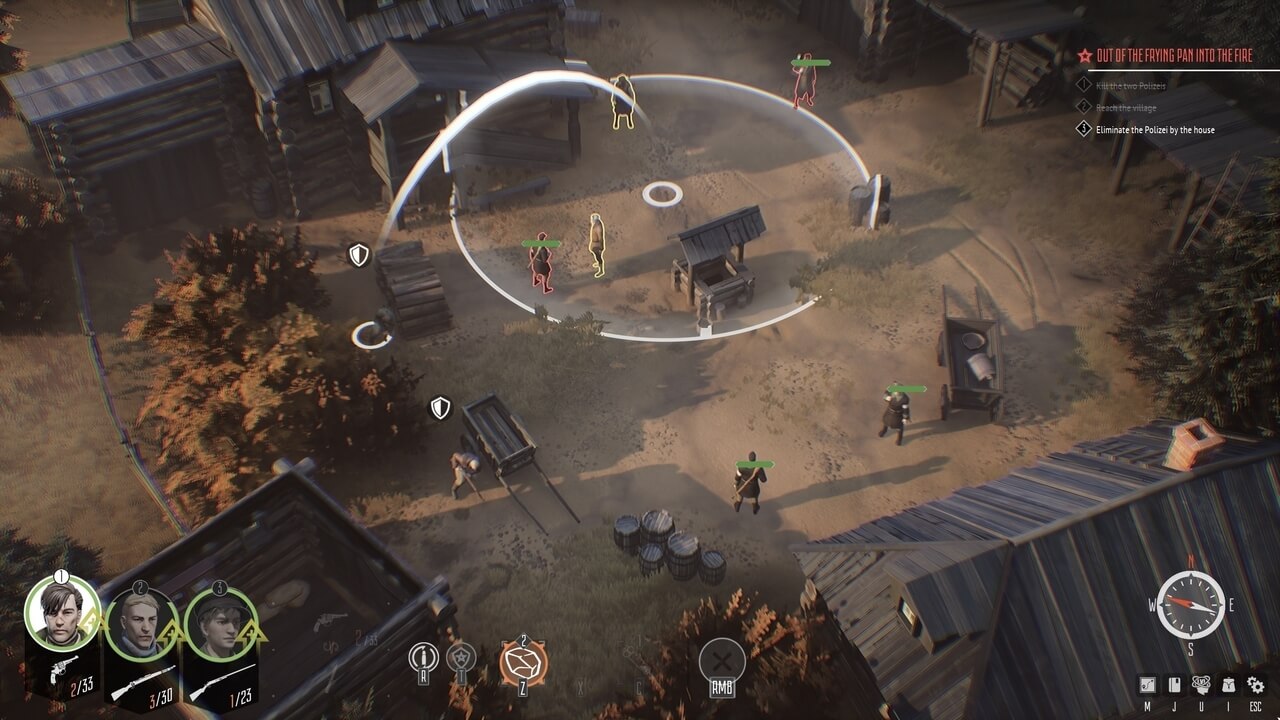 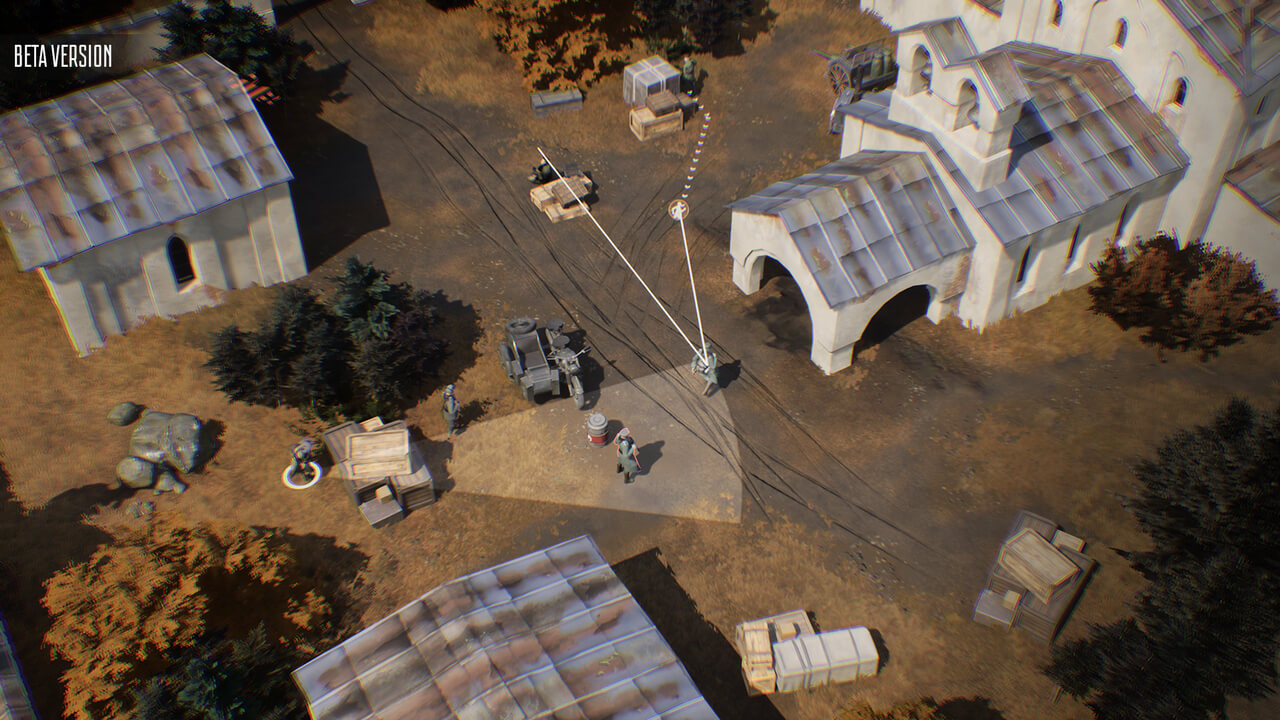 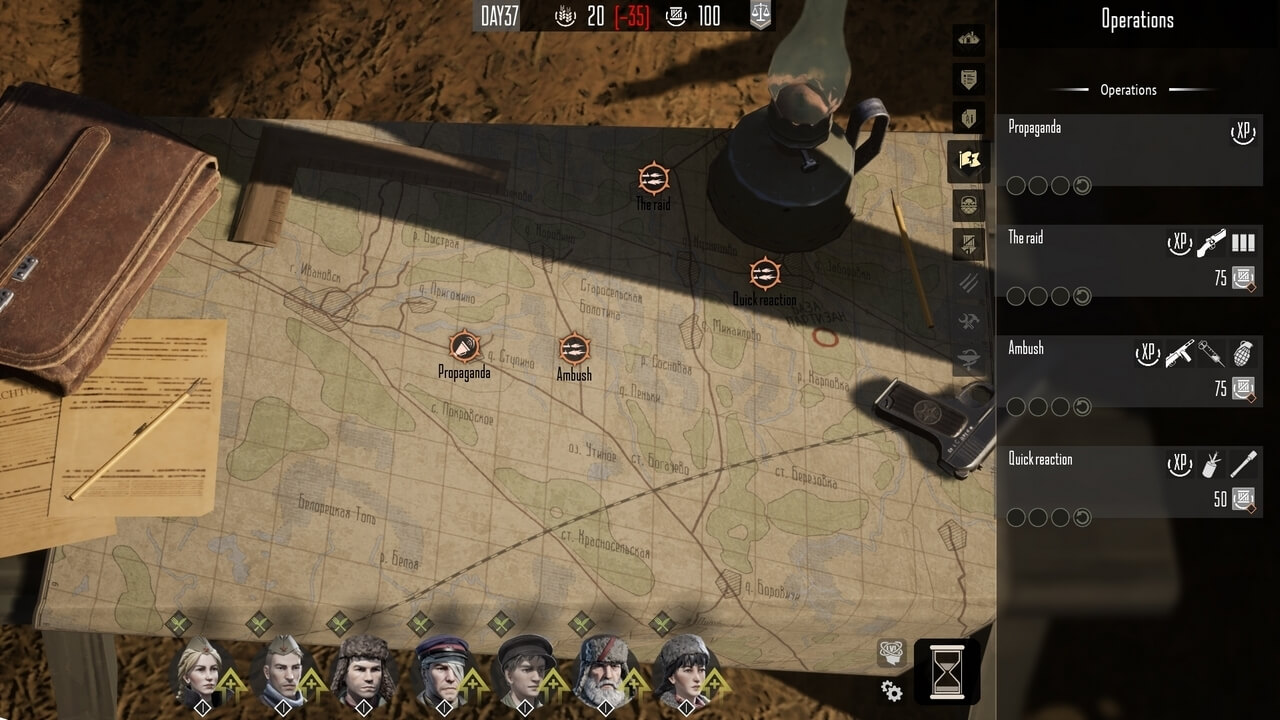 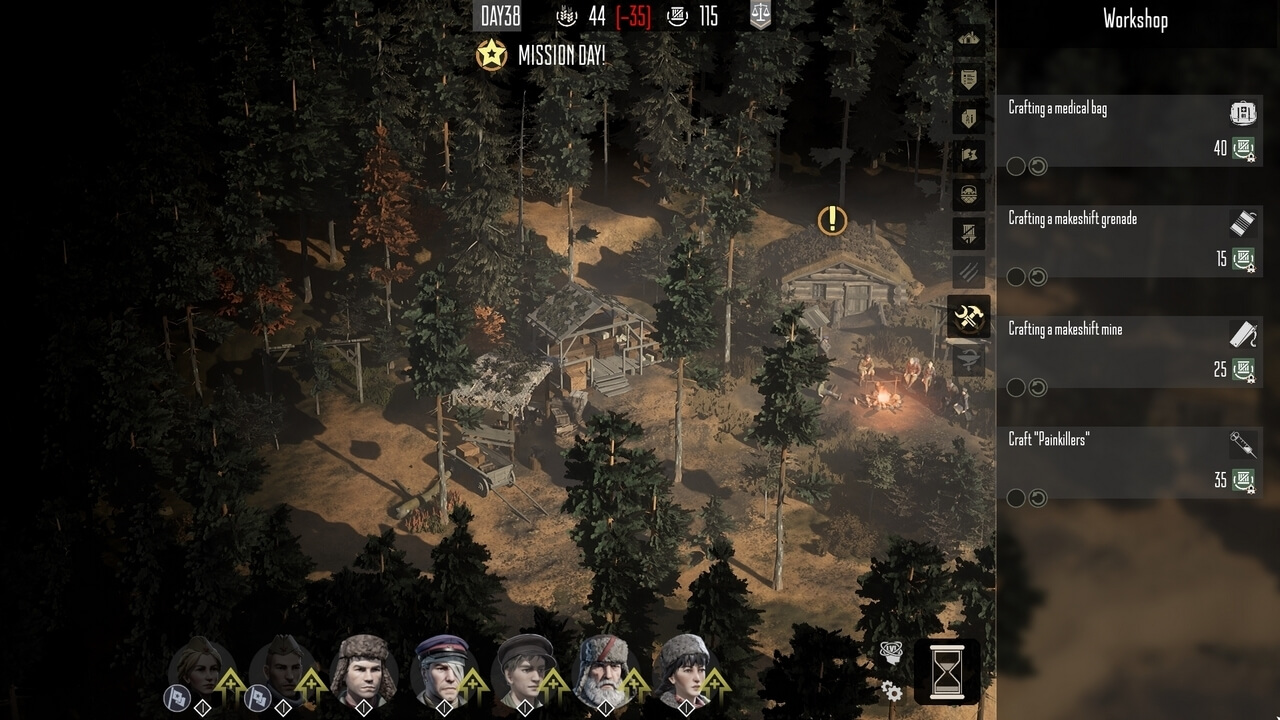 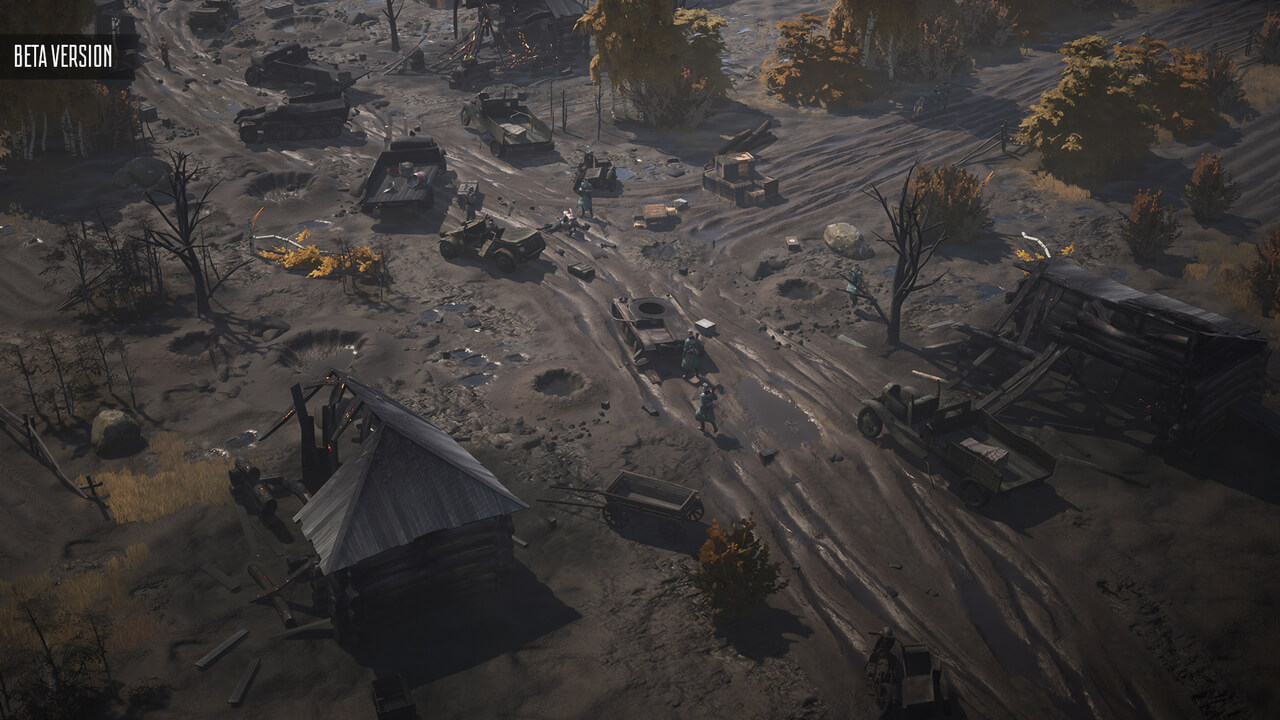 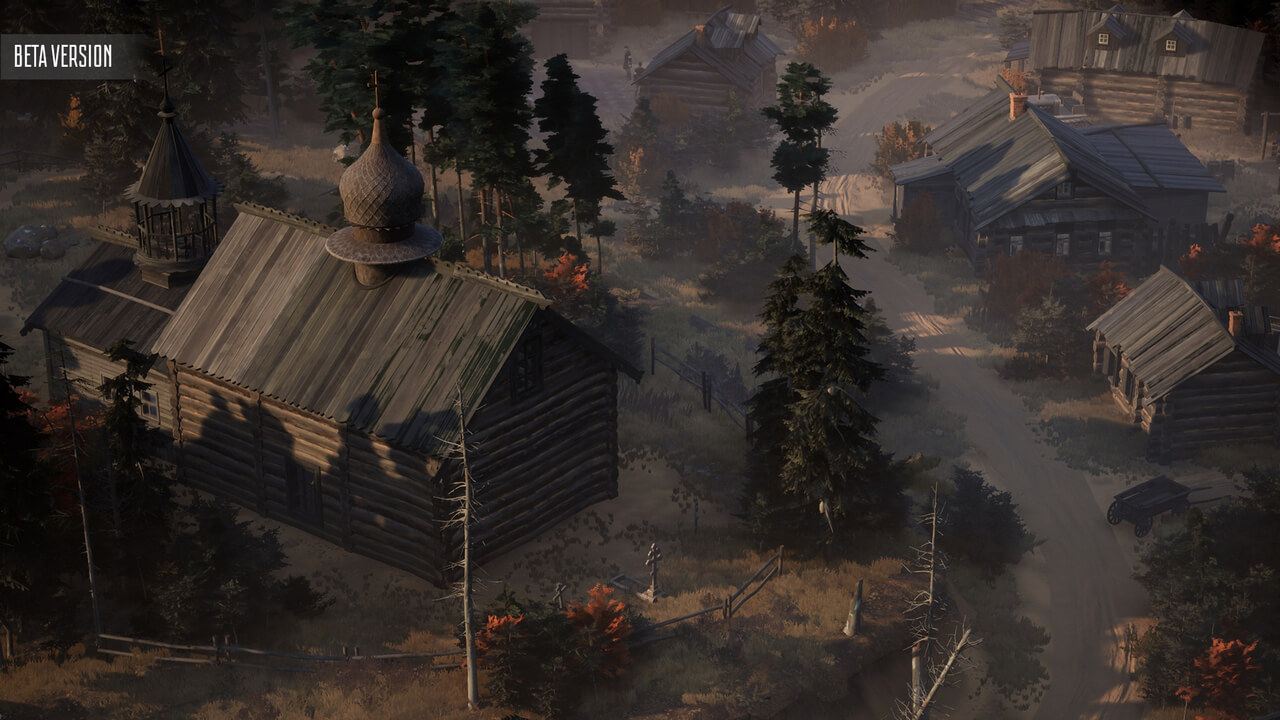 Take control of a group of Partisans resisting the German occupation Eastern Front during World War II. Plan and initiate combat your way. Use tactical pause, study the environment and choose the best position to set up an ambush.

Build up your resistance camp hidden deep in the woods and find allies to join your cause. Form squads of unique Partisans and undertake diverse missions to undermine enemy forces and infrastructure, while securing resources desperately needed to sustain the resistance.

Experience a dramatic and unique chapter of World War II and become a Red Army commander behind enemy lines.

Background and Story As red army commander Alexey Zorin you escape a Nazi prison camp. Gather a Partisan squad from soldiers left behind enemy lines and locals. Live with your squad all the way from small sabotage missions to attacks on the occupational forces’ authority.

Play a leading role in an operation initiated by Red Army staff quarters and conducted by all Partisan teams in the area: A strike on the German forces’ supply lines for the frontlines, with the goal of buying additional time for the defenders of Leningrad to prepare against the German attack.