Field of Glory II: Medieval - Rise of the Swiss

Field of Glory II: Medieval - Rise of the Swiss

From the late 1300s some Swiss started to carry the long pike, at first as a minority weapon, the bulk of their soldiers still carrying the halberd. 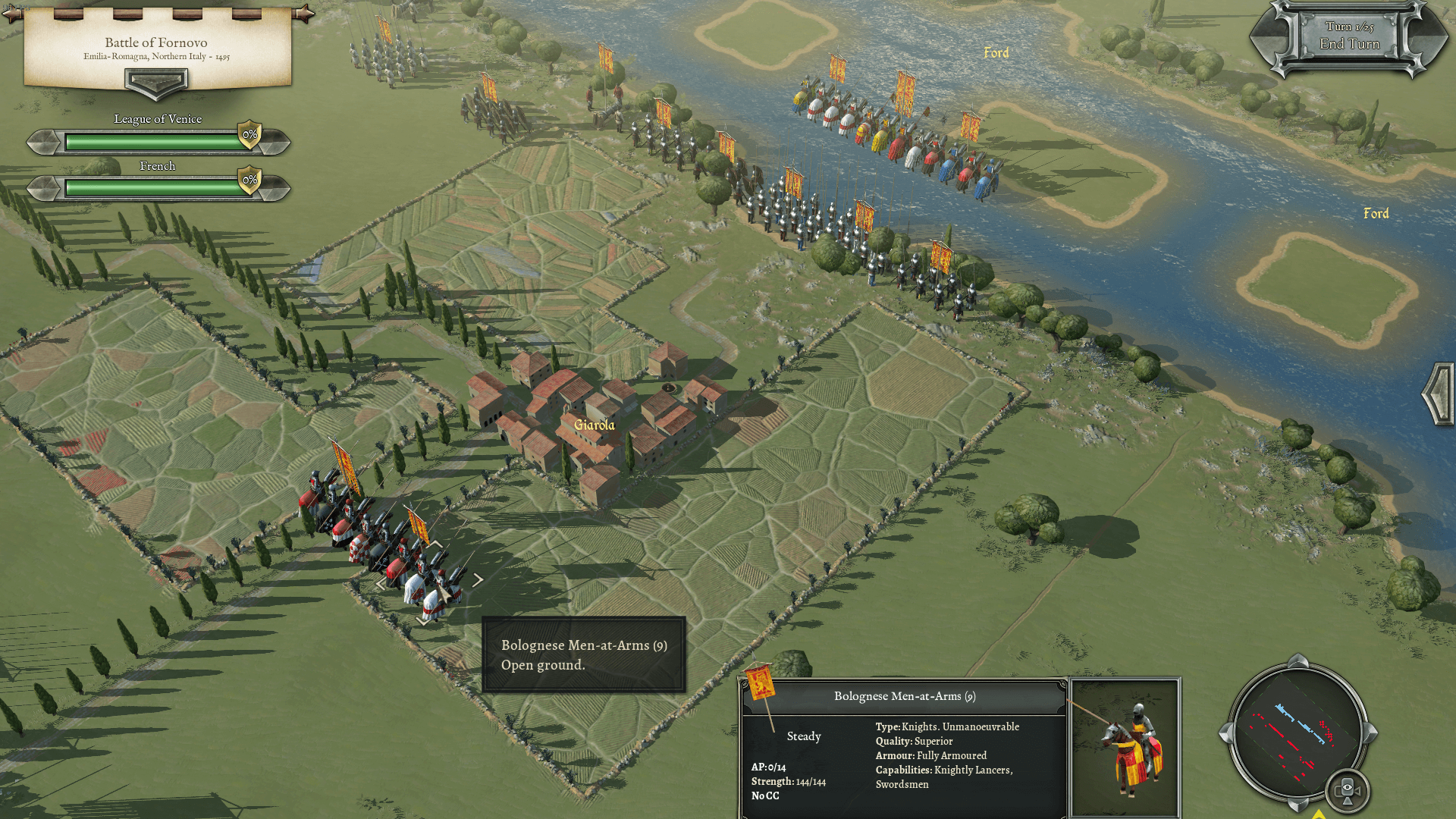 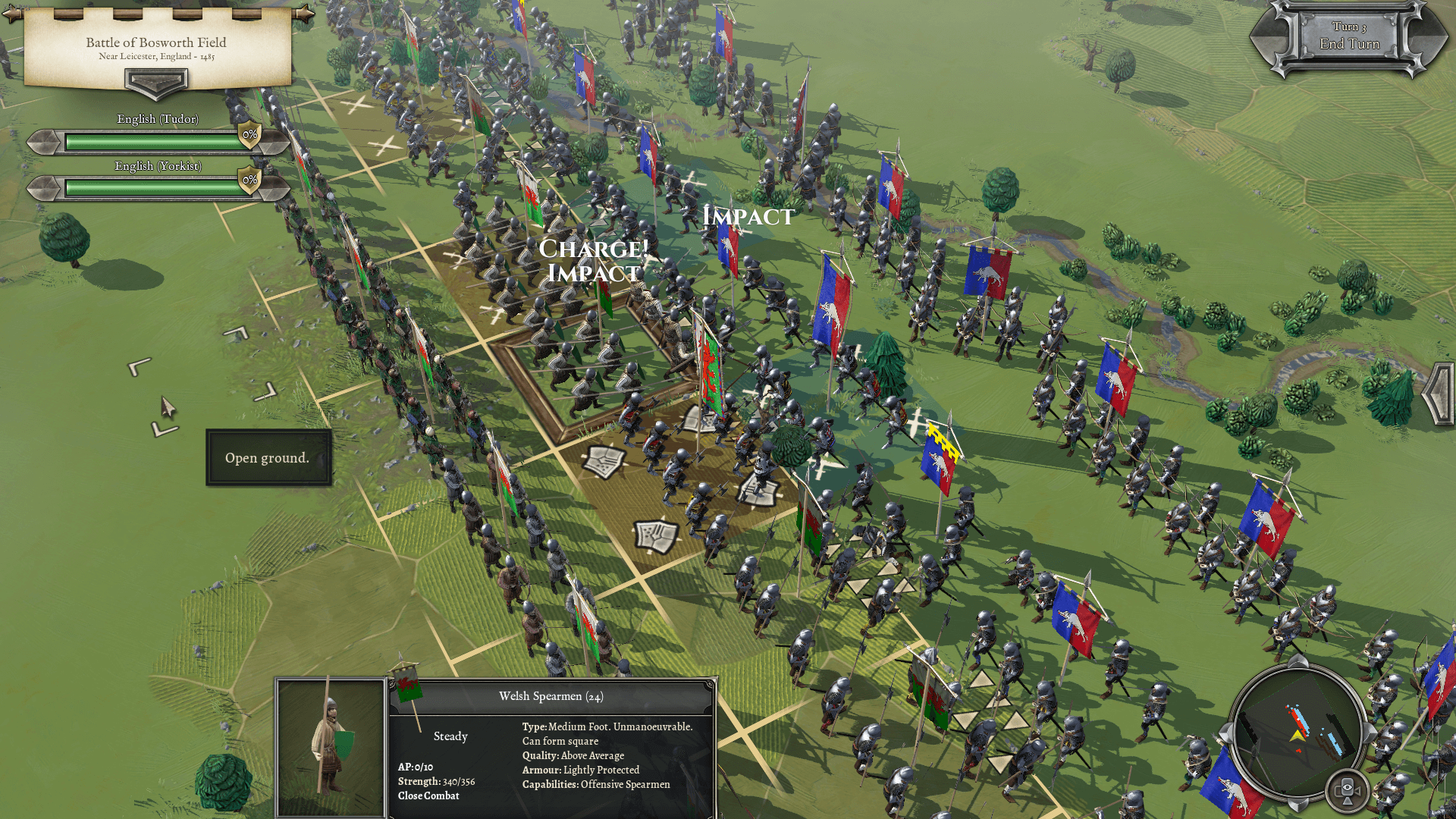 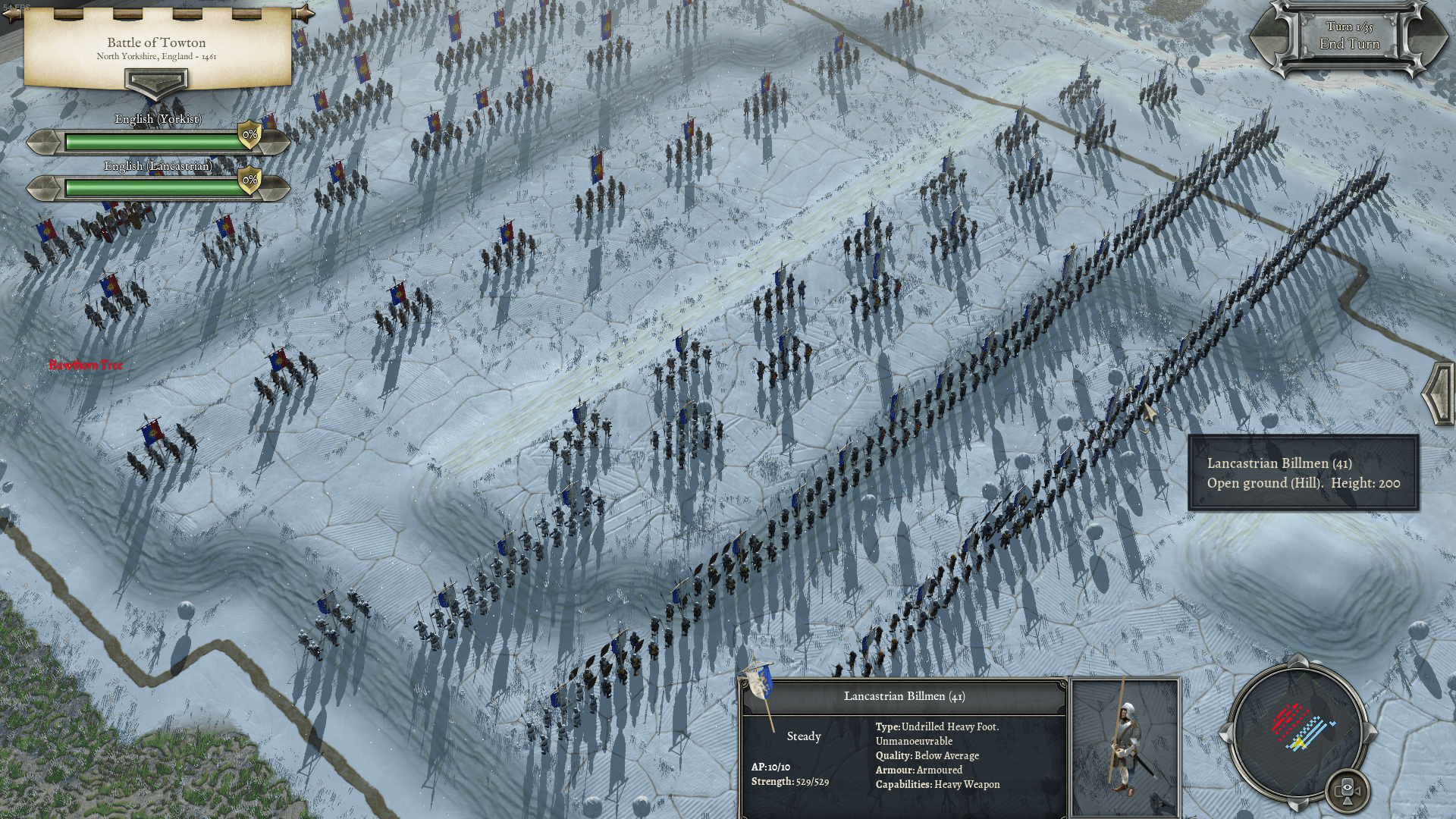 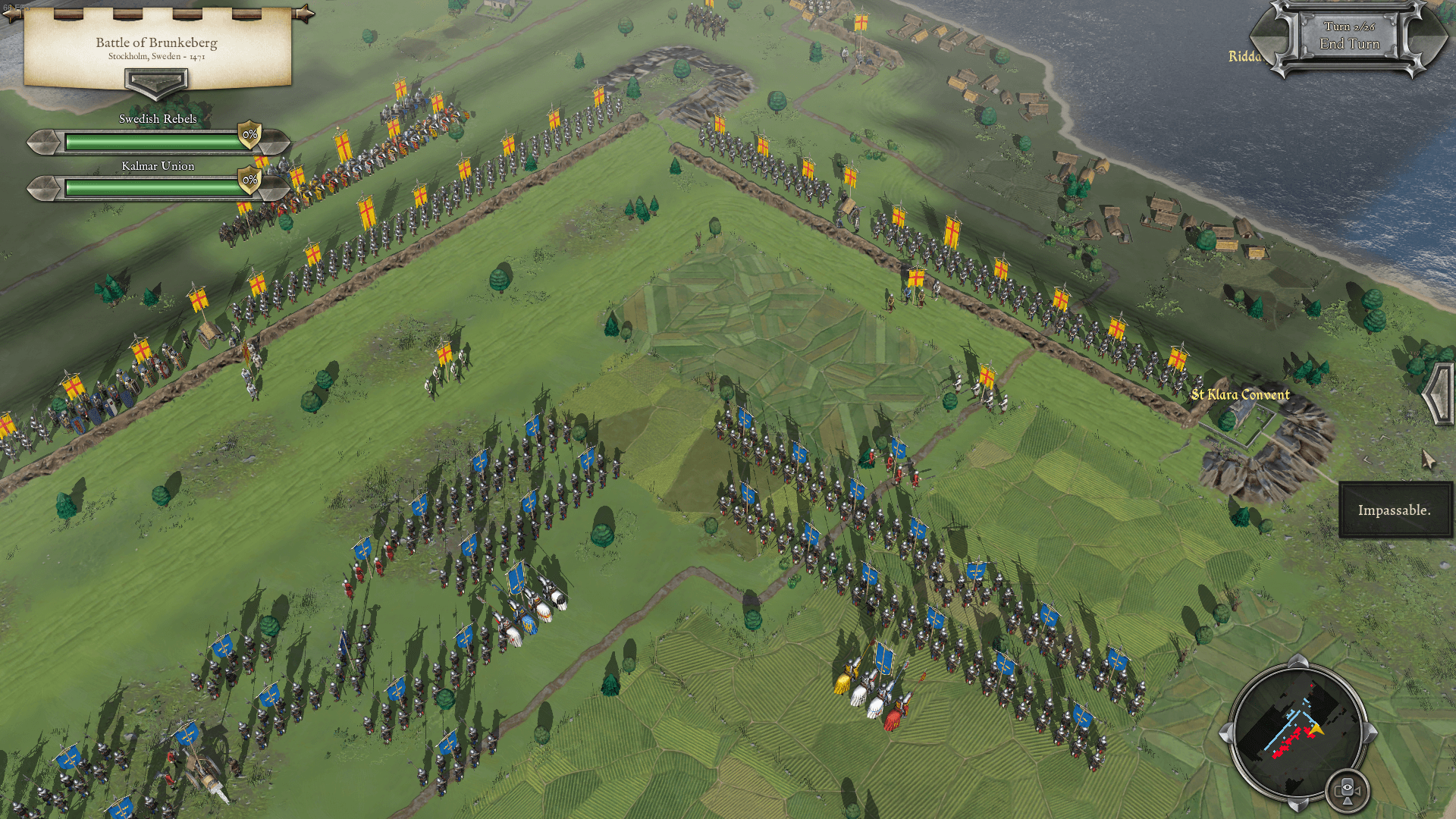 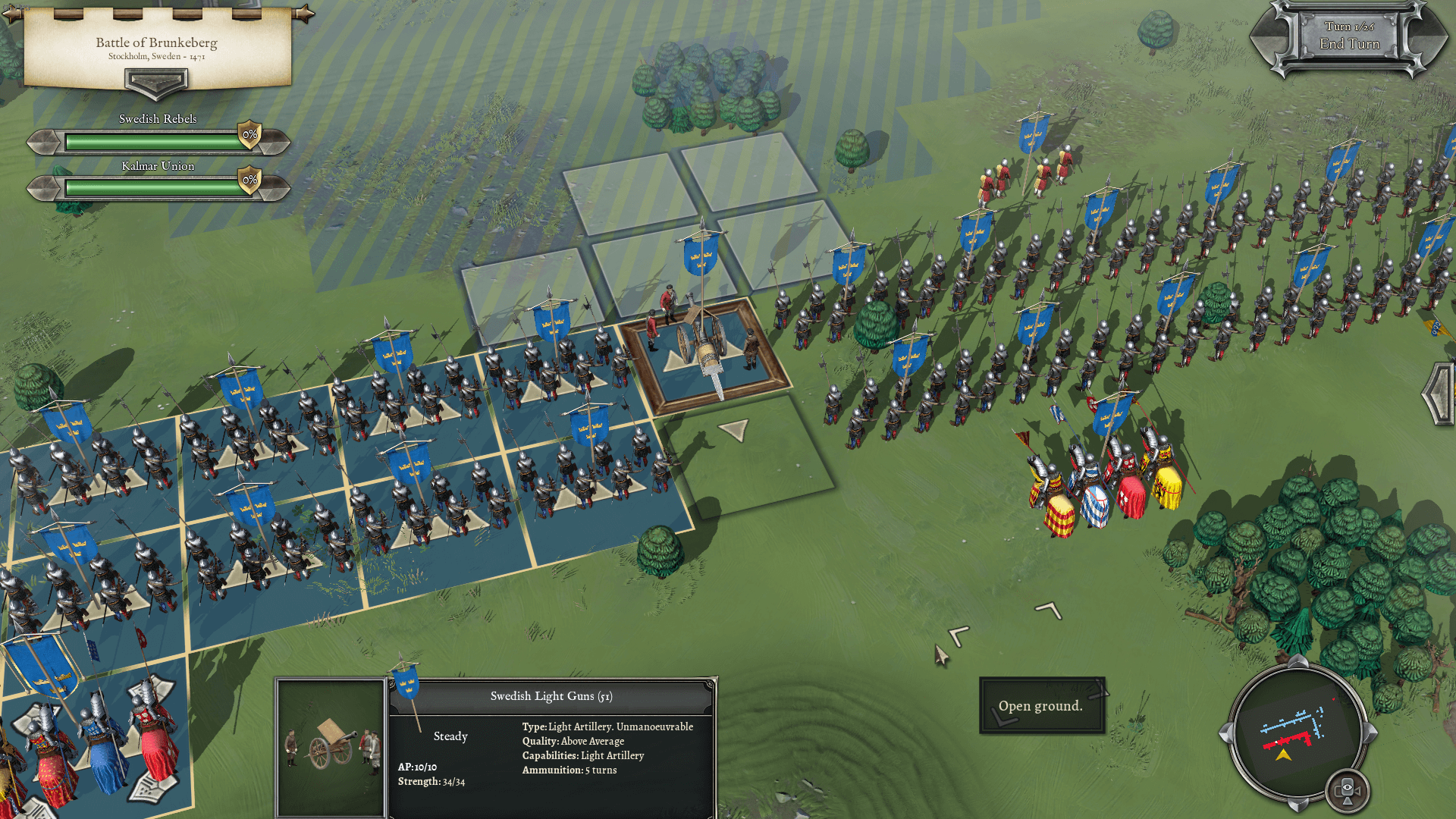 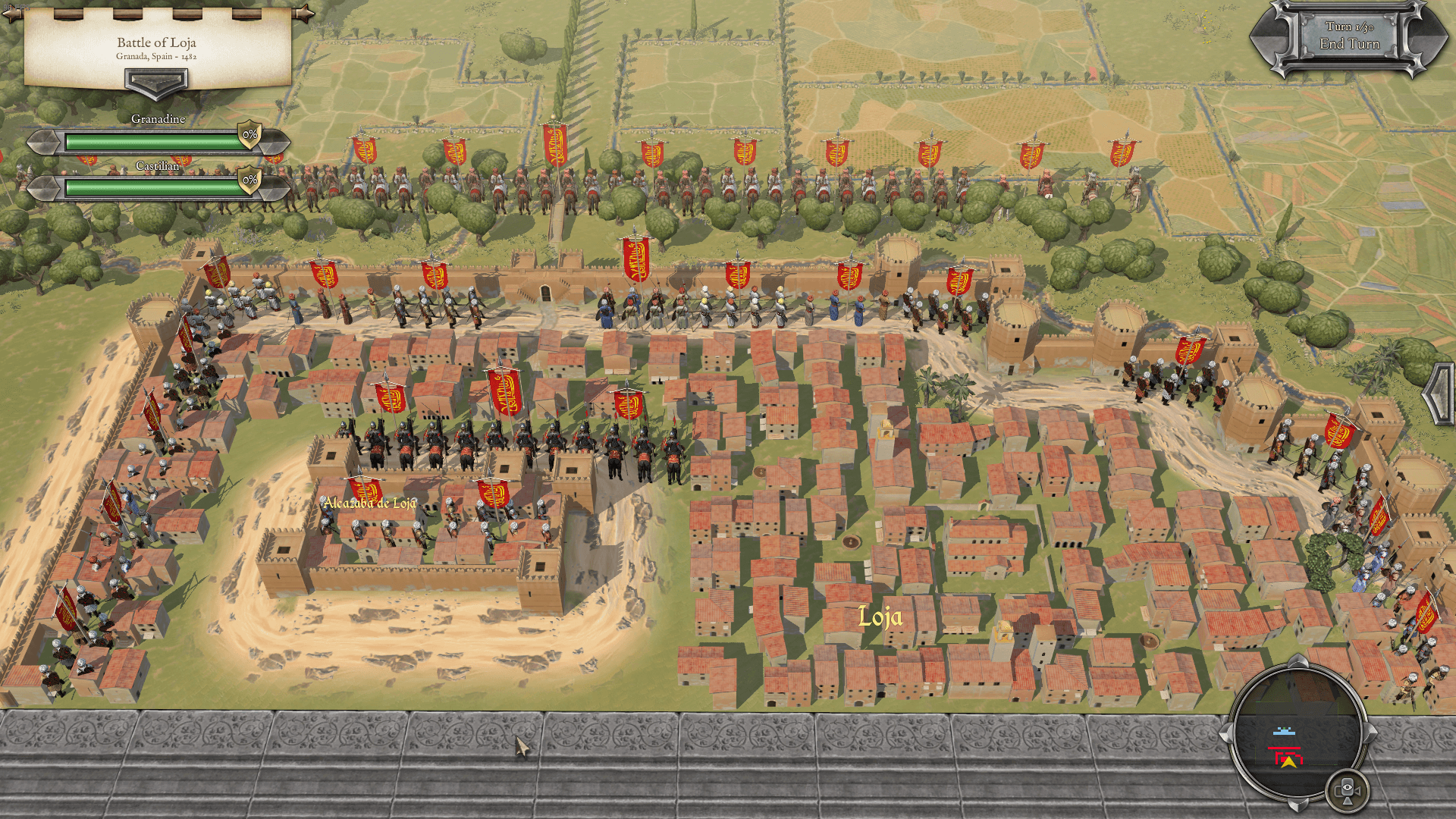 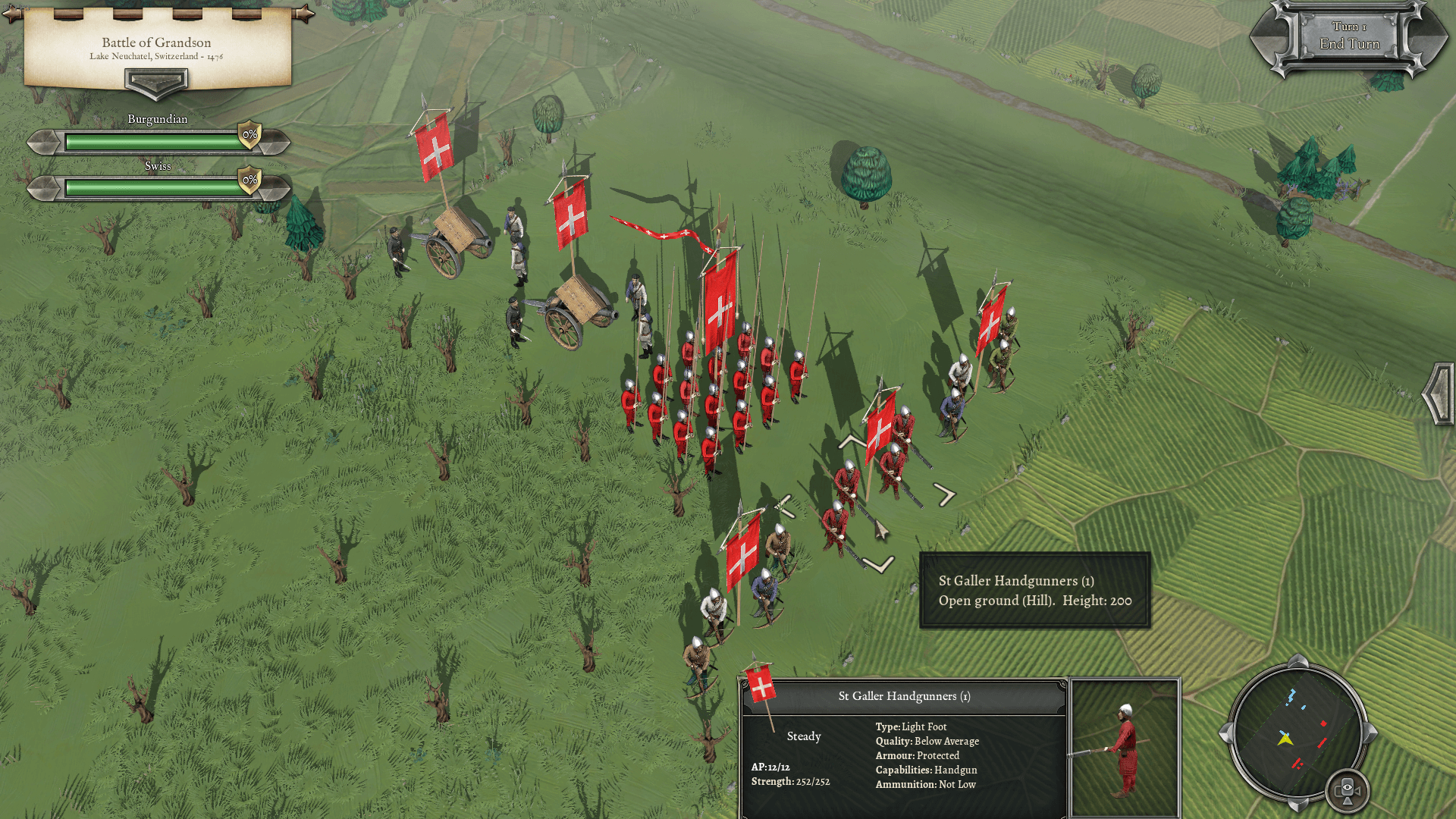 From the late 1300s some Swiss started to carry the long pike, at first as a minority weapon, the bulk of their soldiers still carrying the halberd. In 1422, a small Swiss army was beaten at Arbedo by a Milanese army containing a large number of men-at-arms, who dismounted after their initial mounted charge failed. It was noticed that the pikemen fared better in combat against dismounted men-at-arms than the halberdiers, due to the longer reach of their weapons.

From that time onwards the proportion of pikemen in Swiss armies was steadily increased, so that by the end of the fifteenth century it had become the dominant weapon. The halberd was only retained by a small number of experienced soldiers to defend the banners, and to break up an enemy's formation if the pike advance was halted.

The new Swiss system proved an astounding success on the battlefield: victorious in the Burgundian Wars, defeating the Holy Roman Empire in the Swabian War, and as mercenaries they were a key component of French King Charles VIII's armies in Italy. Soon pike formations were adopted in many western European countries, notably in Germany by the famous 'landsknechts'.

In Bohemia, war had broken out between the followers of Jan Hus, a Proto-Protestant religious reformer, and the Catholic royalists. The Hussites were mainly common people, and they had few nobles to provide heavily armoured men-at-arms. To counter the royalists’ advantage in heavy cavalry, they adapted simple agricultural wagons into the 'Wagenburg', a mobile fortress, from within which the Hussite soldiers could fight. This was mainly a defensive weapon, although at the Battle of Kutna Hora in 1421 it was used to break through a royalist army.

In Spain, the Reconquista was finally completed when the Kingdom of Granada was conquered in 1492. Here, the armies of Castile and Aragon had also adopted the pike, but Castile had in addition revived the use of sword and buckler men, in imitation of the ancient Roman legionaries.

England saw a series of wars between the Lancastrian and Yorkist branches of the Plantagenet royal family. Today these are known as the Wars of the Roses. Here the battlefield was still dominated by the longbow and dismounted men-at-arms, although a few mercenary pikemen were recruited for some campaigns.

Another backwater was Scandinavia, where Sweden fought to break free from the Kalmar Union, which was dominated by Denmark.