Field of Glory II Medieval - Reconquista is a turn-based tactical game set in the High Middle Ages. Developed by legendary designer Richard Bodley Scott it brings the best from the tabletop world into the best digital framework. 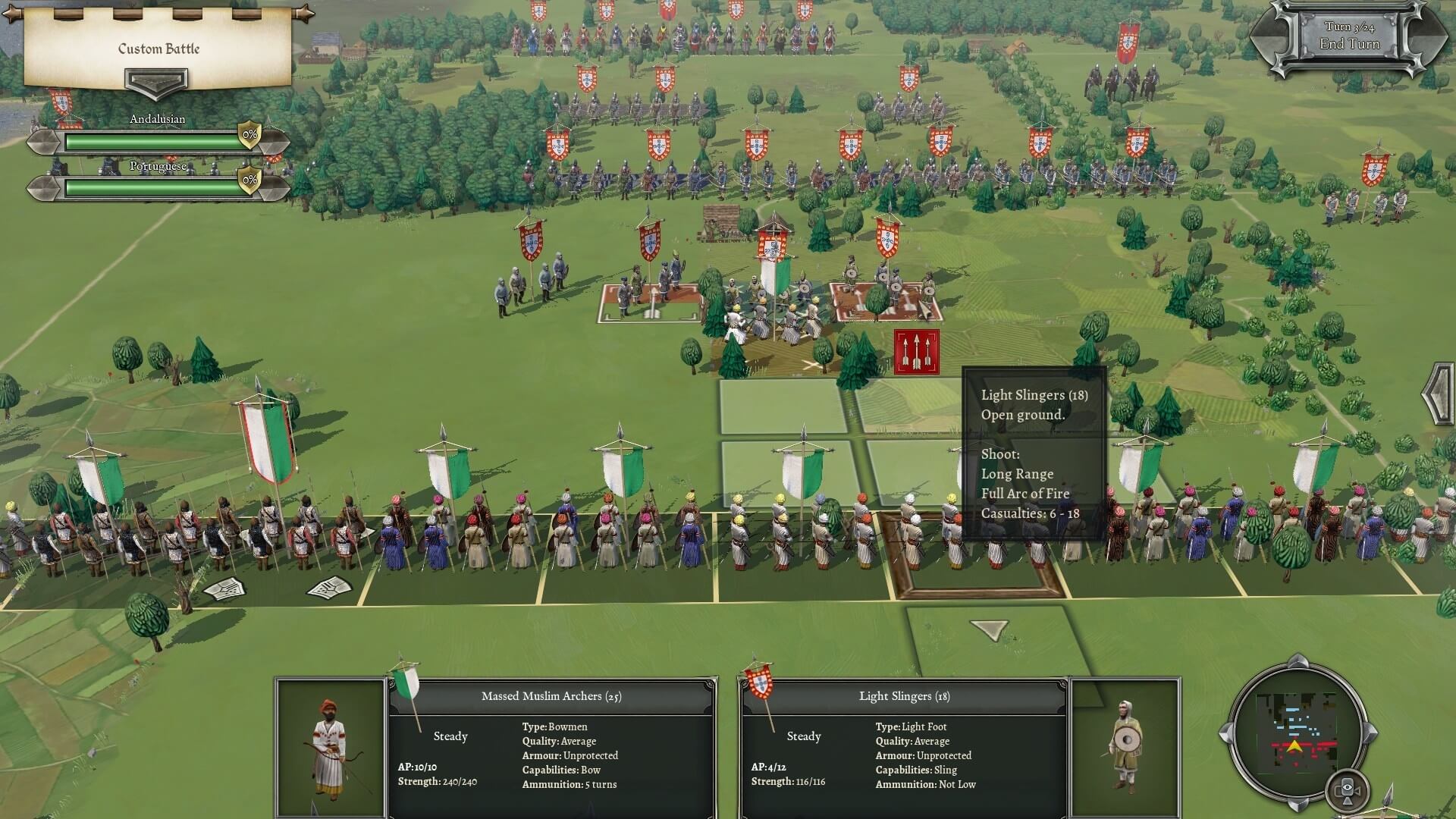 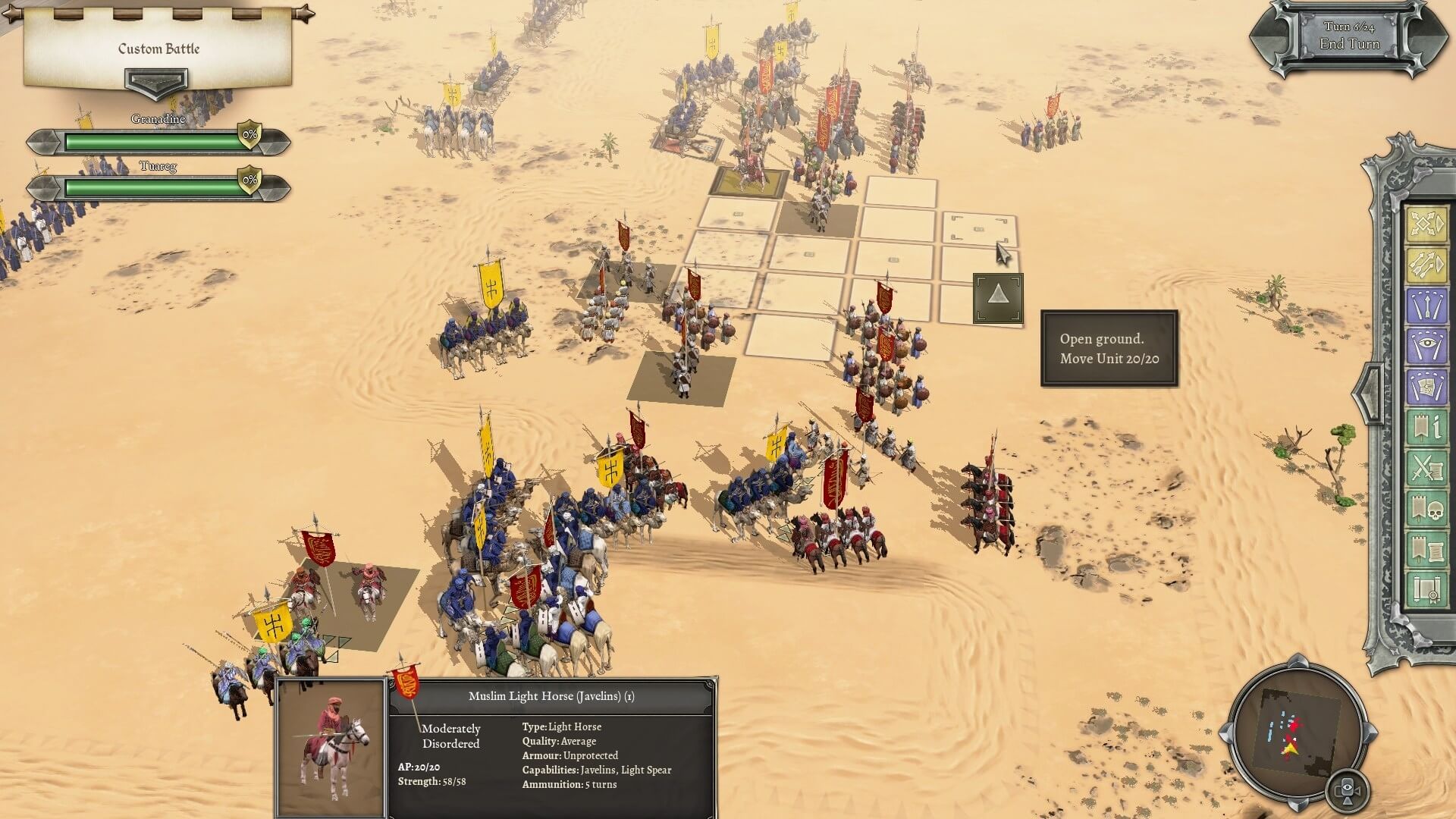 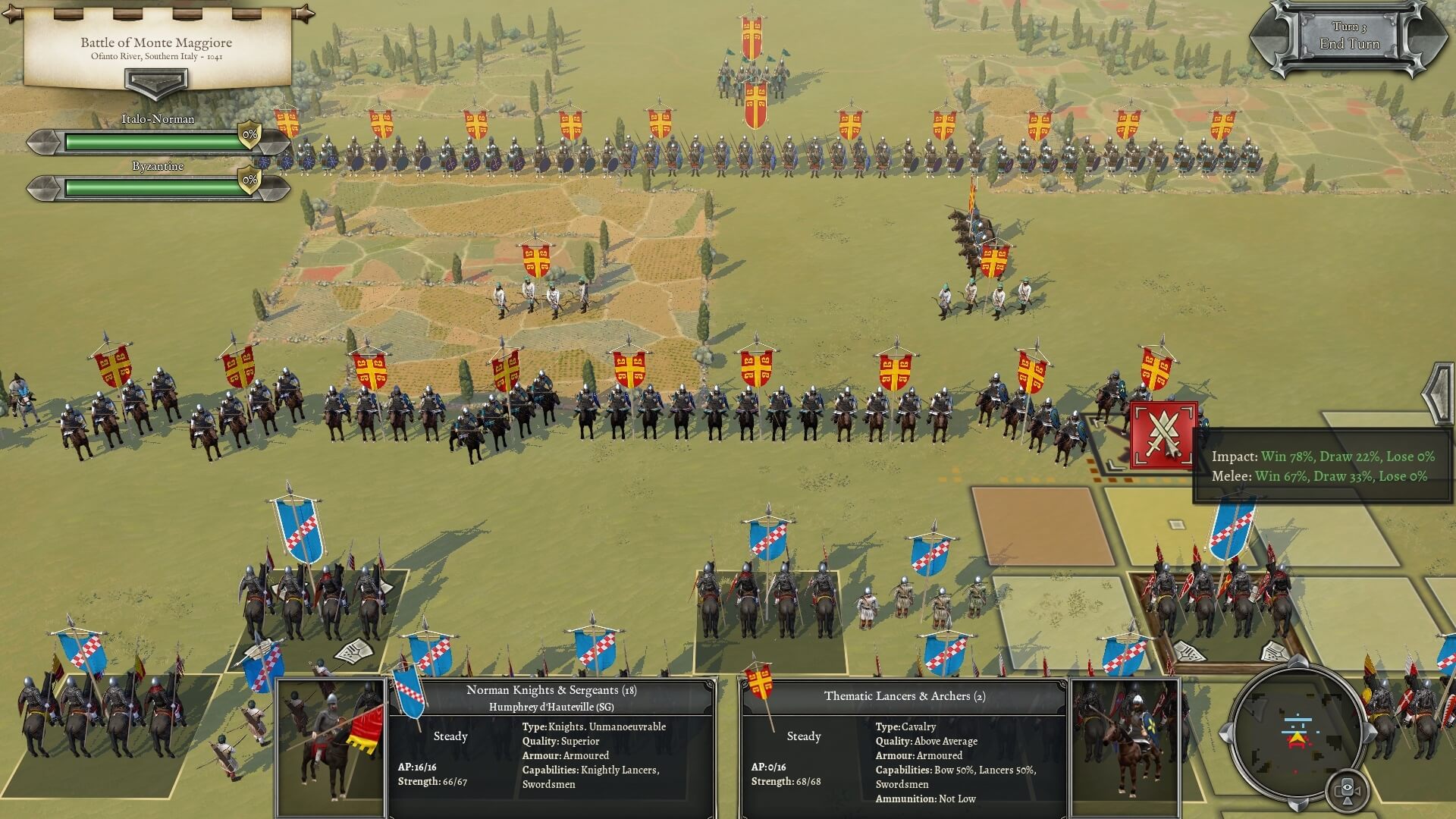 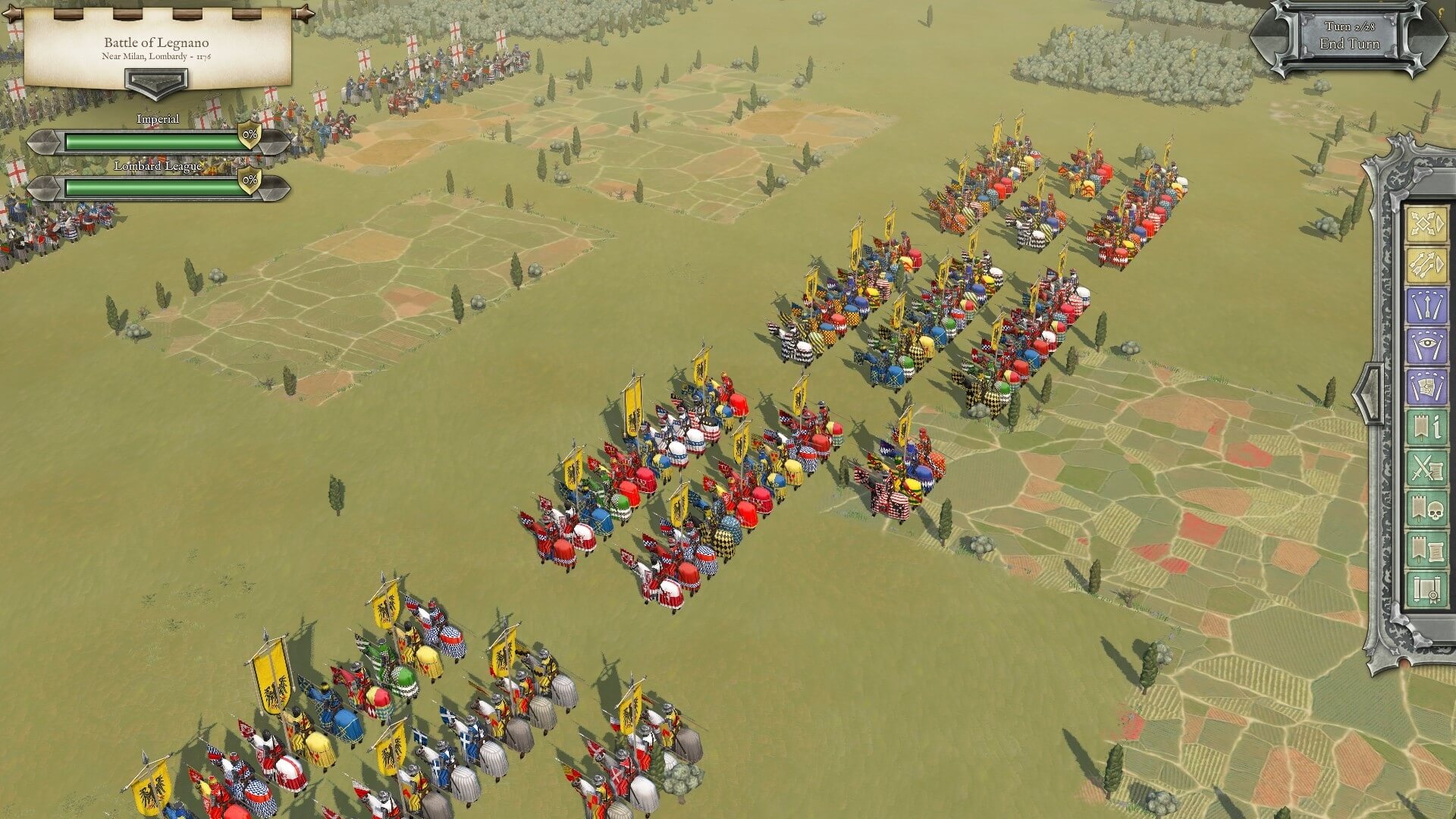 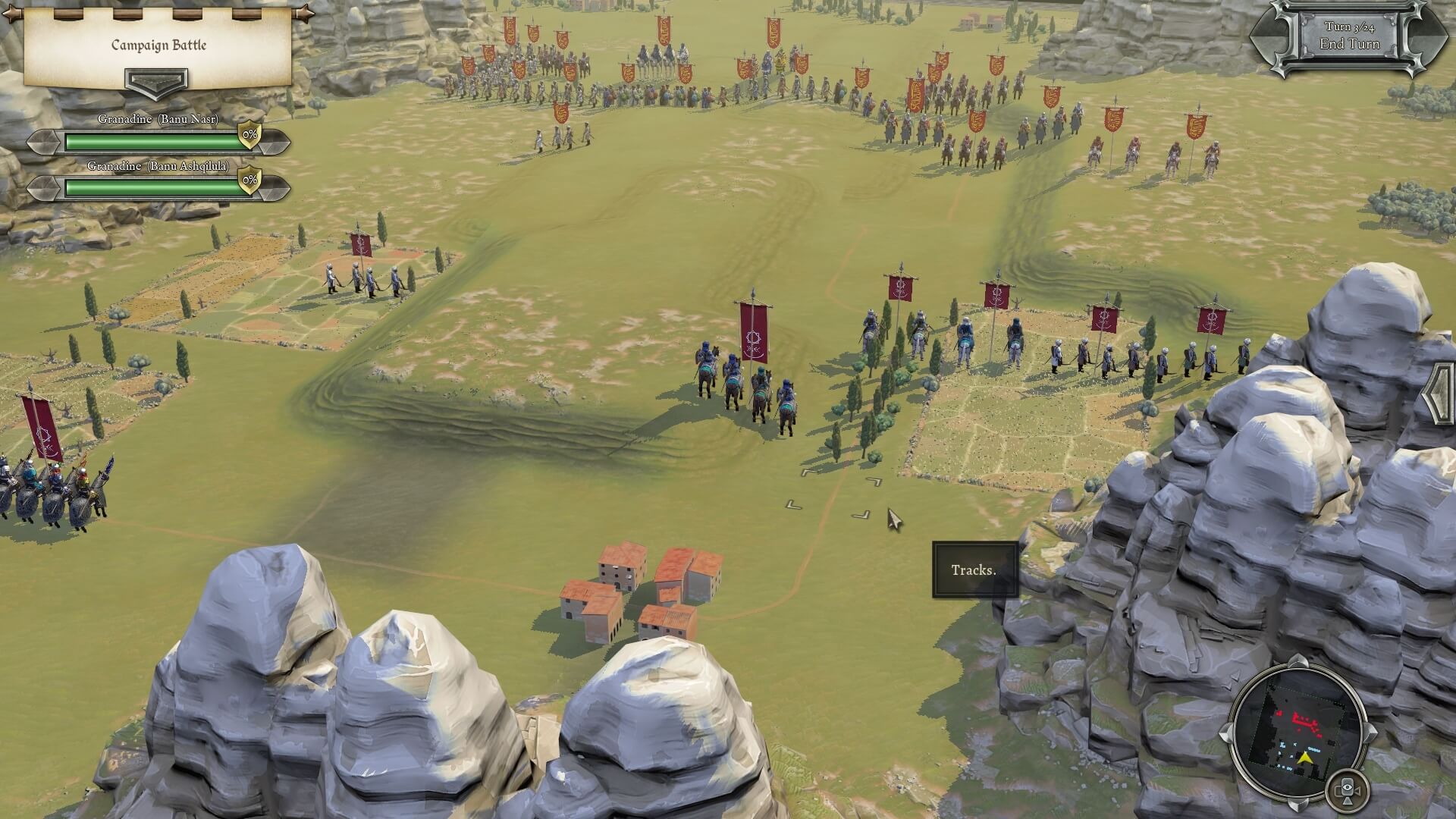 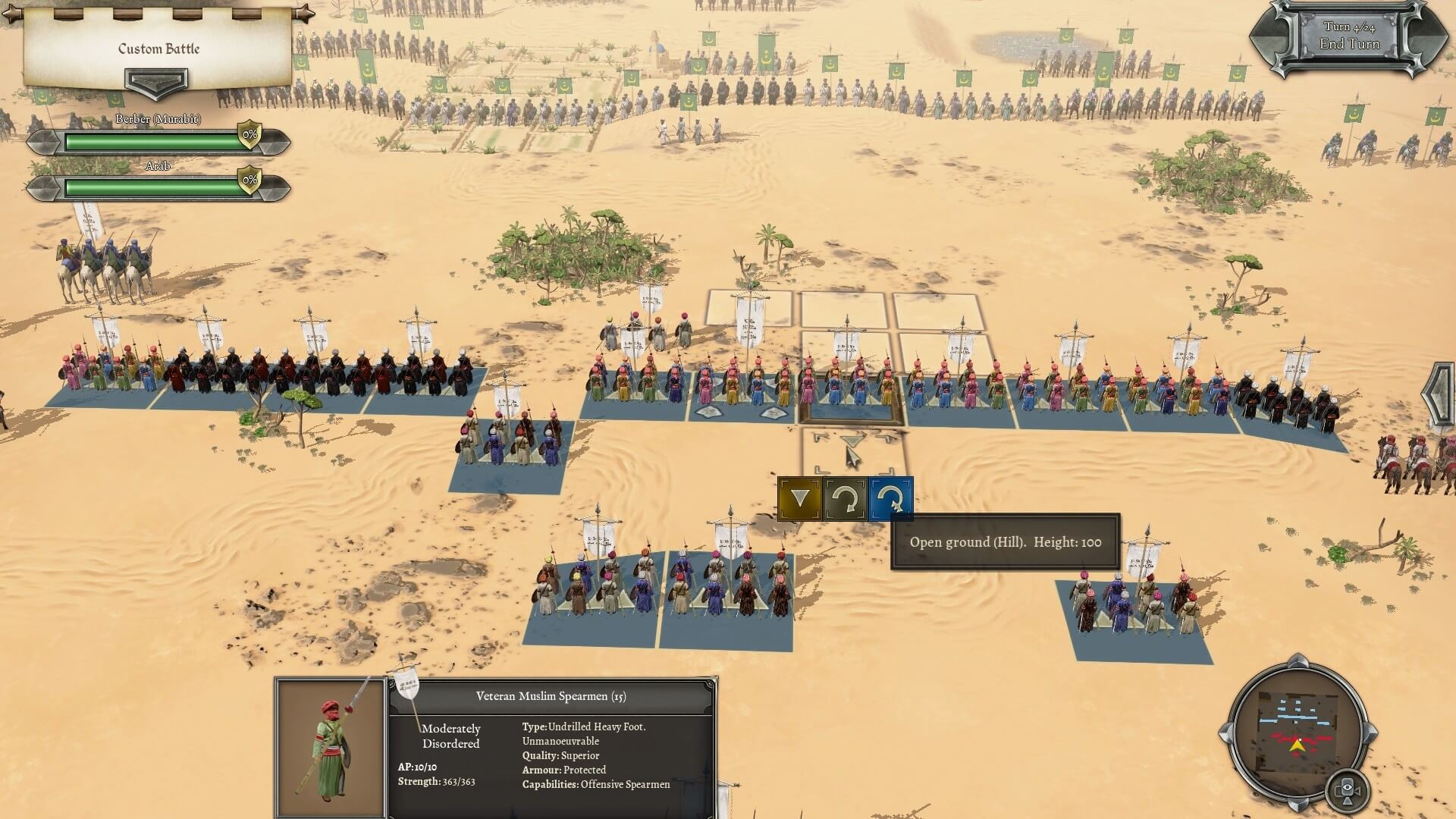 Feudalism did not have such a dominant impact in Spain and Italy as it had in North West Europe. Both these lands had unique factors which affected the conduct of warfare.

In 1050, more than half of the Iberian peninsula was under the rule of Islamic states, an area known as Andalusia. After the demise of the Umayyad Caliphate in 1031, Andalusia was divided into several small Muslim states, known as the Taifa emirates. The Taifas often fought amongst themselves, leaving them unable to match the larger Christian Kingdom of Castile that was created in 1037 with the absorption of the Kingdom of Leon.

This was the true start of the Christian Reconquista that would not be completed until 1492. To help stem the Christian onslaught, in 1086 the Taifa Emir of Seville invited the Murabit Berbers of North Africa to enter Spain. This did not work as planned for the Taifas, for after defeating the Castilians at the Battle of Sagrajas, the Murabits quickly incorporated most of the Taifa emirates into their empire.

The Murabit empire was taken over in 1147 by a rival Berber sect, the Almohads. These events were a severe setback for the Spanish Christian kingdoms, but they recovered to win a great victory over the Almohads at Las Navas De Tolosa in 1212, which broke the power of the Muslims in Spain forever. Soon only the emirate of Granada was left, but as a vassal of Castile. Throughout the period there was also frequent fighting between states of the same religion, and Muslim and Christian warriors often had few qualms about serving princes of a different religion.

In Northern Italy the big cities had always tried to maintain a degree of independence, and often fought vigorously against the attempts of the Holy Roman Emperor to enforce his authority over them. They grew increasingly wealthy on trade, and by the end of the 11th century their city militias had become the mainstay of Italian armies, eclipsing the role of the feudal knights. In 1176 the northern Italian cities formed the Lombard League, and won a great victory over Emperor Frederick I Barbarossa at the Battle of Legnano.

This was a part of the Wars of the Guelfs and Ghibellines. The Papacy and the Empire had initially quarrelled over who had the right to appoint church officials, this was known as the “Investiture Controversy”. The Ghibellines were those who supported the Holy Roman Emperor, while the Guelfs were the party supporting the Pope. Even though the Investiture Controversy was resolved in 1122, the conflict between the Papacy and the Empire, and the Guelfs and Ghibellines, carried on for hundreds of years.

In Southern Italy, the Normans rose from humble mercenaries to conquer the whole of southern Italy and establish the great kingdom of Sicily, after conquering the island from the Arabs. After the line of Norman kings ended, when William II died without male heirs, the throne passed to the Imperial German Hohenstaufen dynasty. In 1266, the Pope encouraged Charles of Anjou to attack the Hohenstaufens, and after victory at the battle of Benevento he seized the kingdom for himself.

· 41 more units, allowing the troops of all of the new factions to be accurately represented.

· 45 more army lists allowing historically realistic armies for each of the above factions and their allies at different dates during the period, and bringing the total number of Medieval army lists to 103. In addition armies can include contingents from historical allies. This gives more than fifty thousand permutations. You will never run out of new matchups to try.

· 33 more historical matchups added to Quick Battle mode, increasing the total to 98, playable from either side.