Field of Glory II Medieval is a turn-based tactical game set in the High Middle Ages from 1040 AD to 1270 AD. Developed by legendary designer Richard Bodley Scott it brings the best from the tabletop world into the best digital framework. 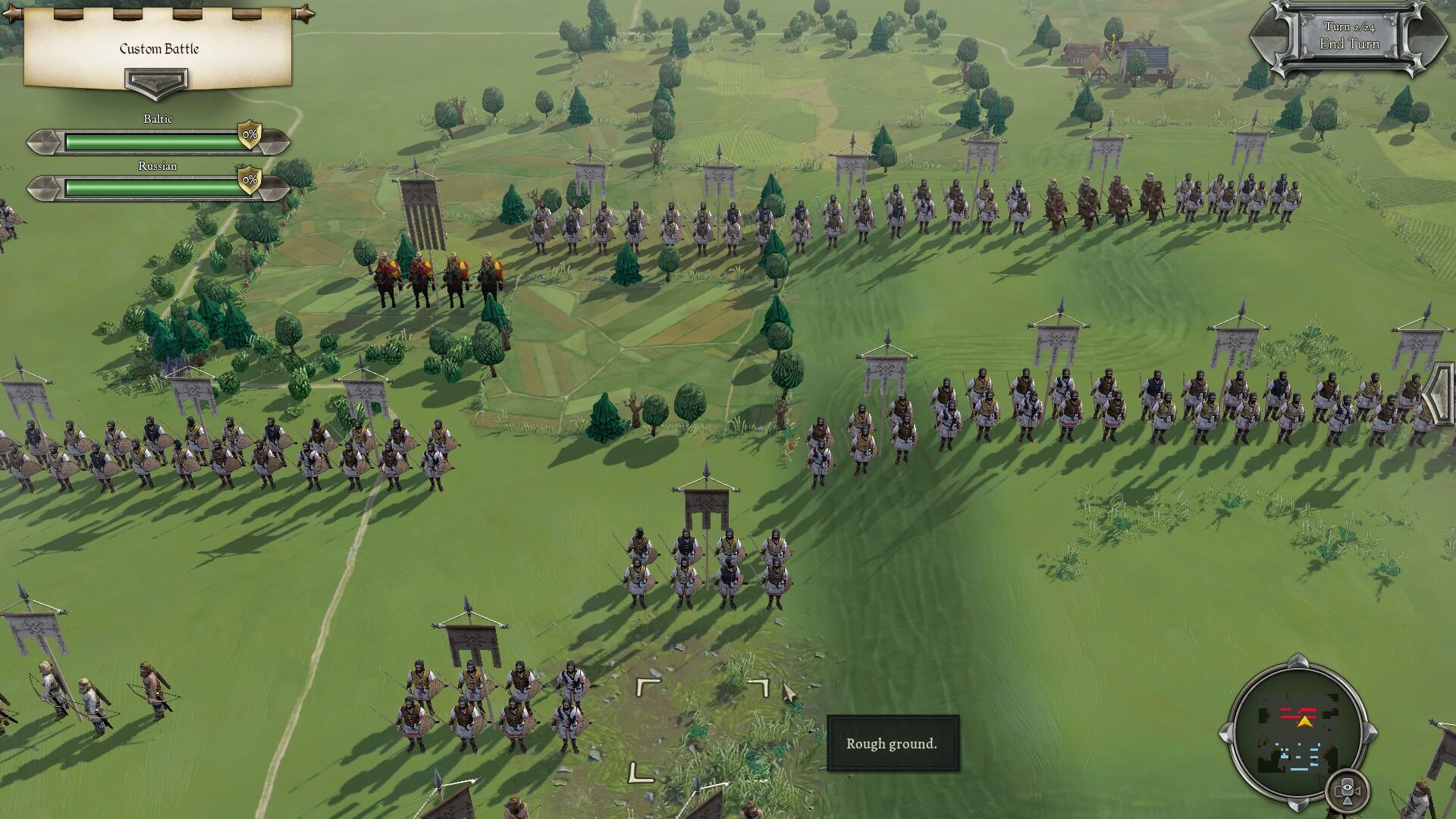 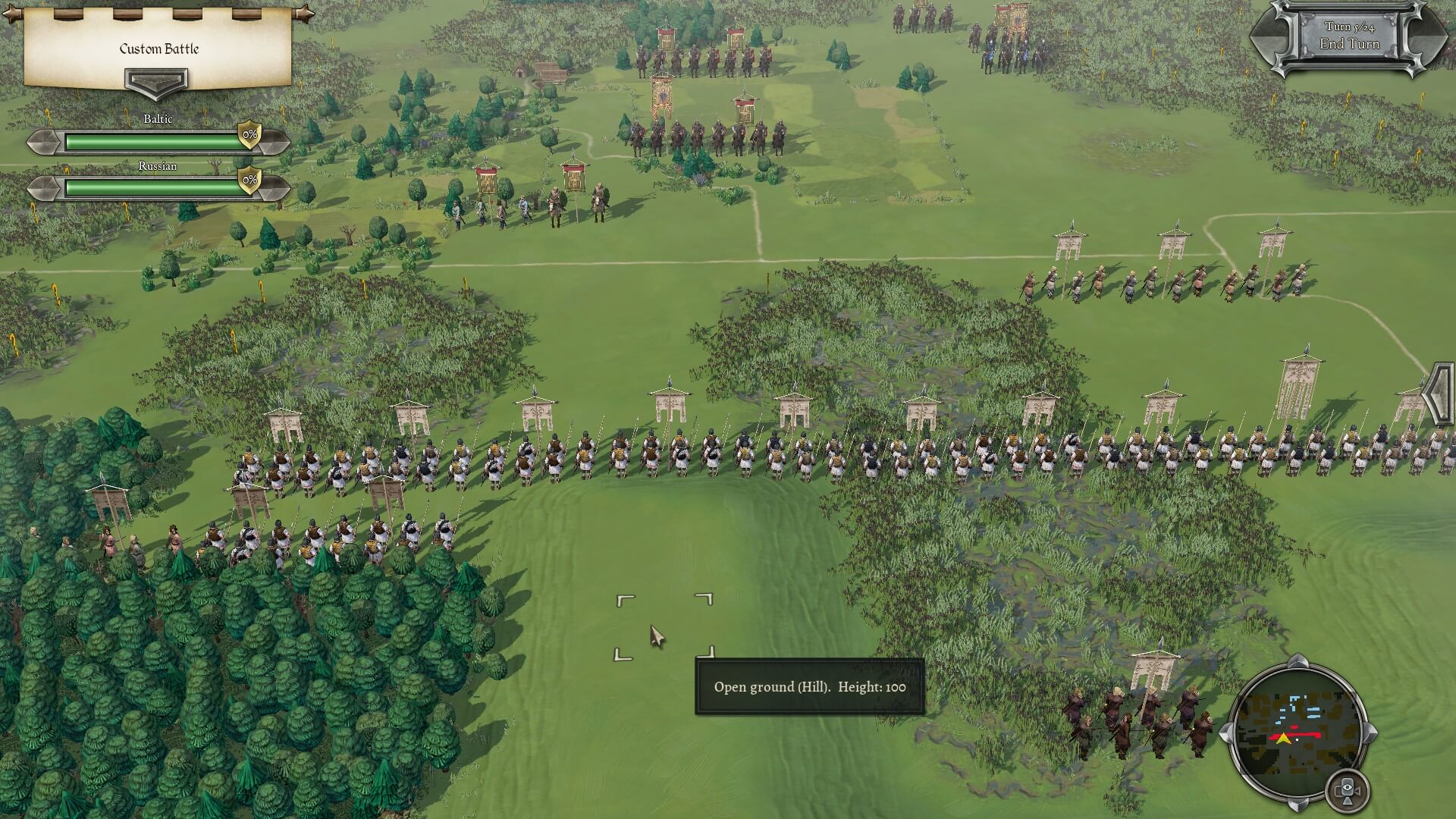 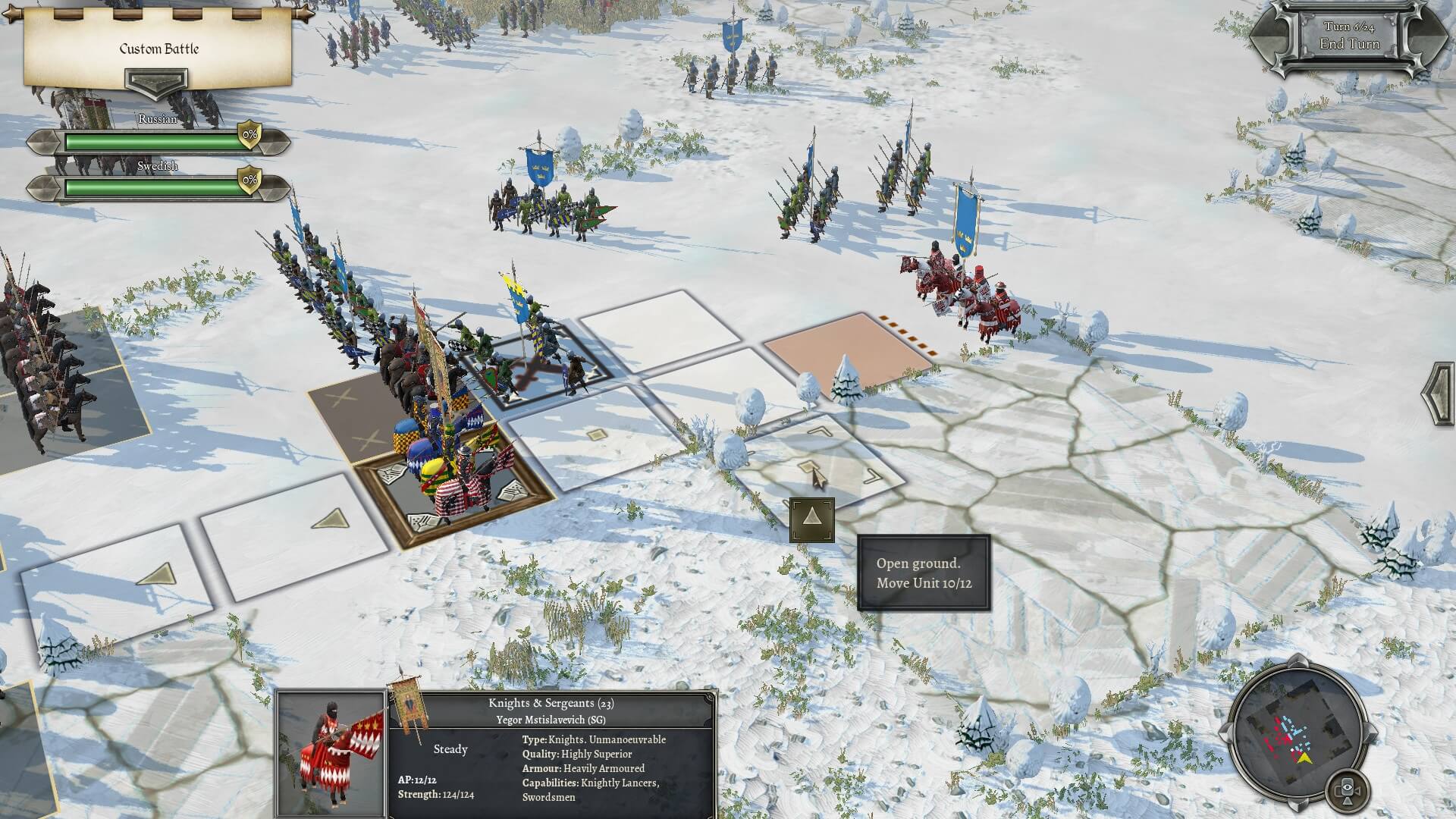 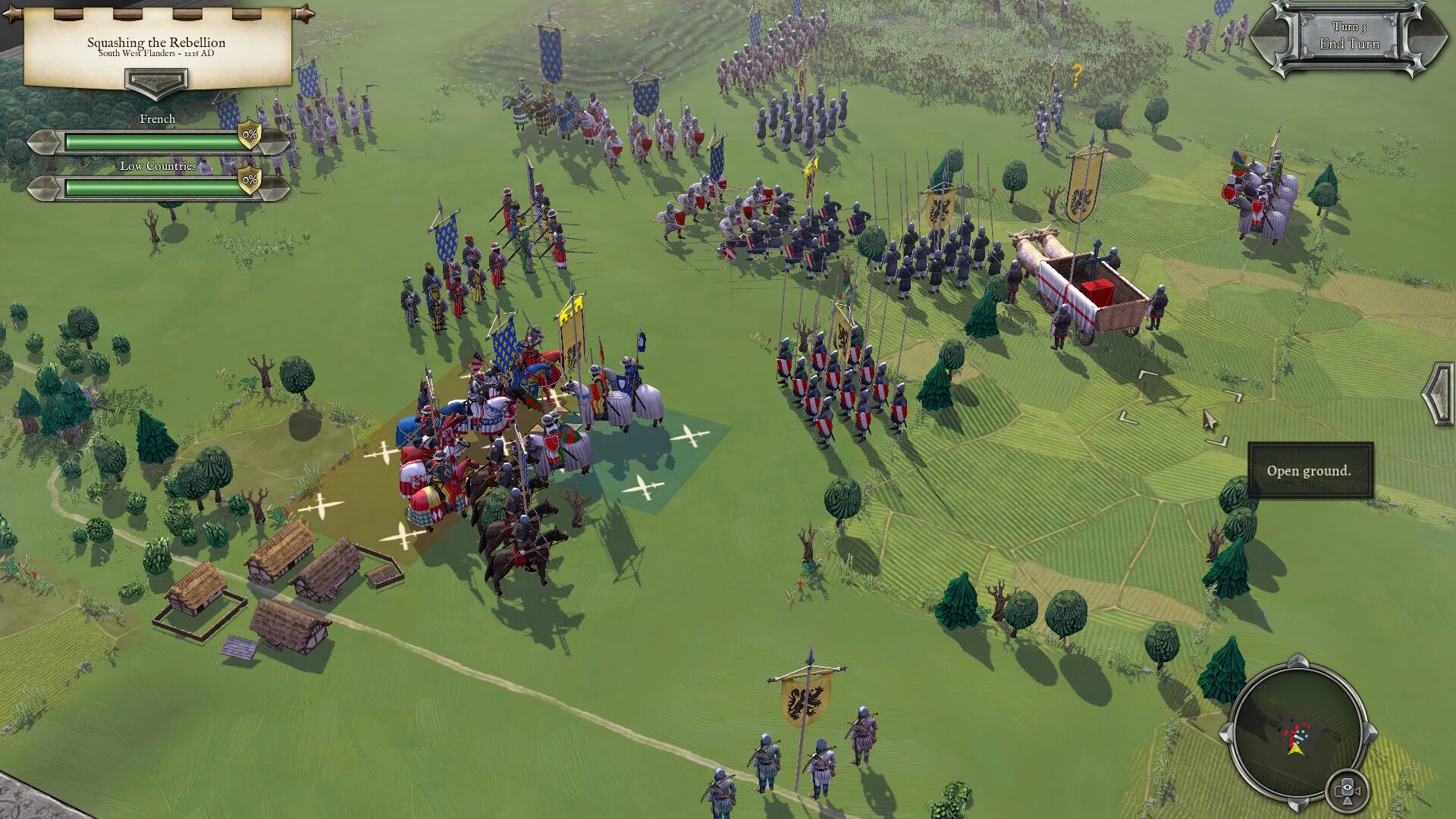 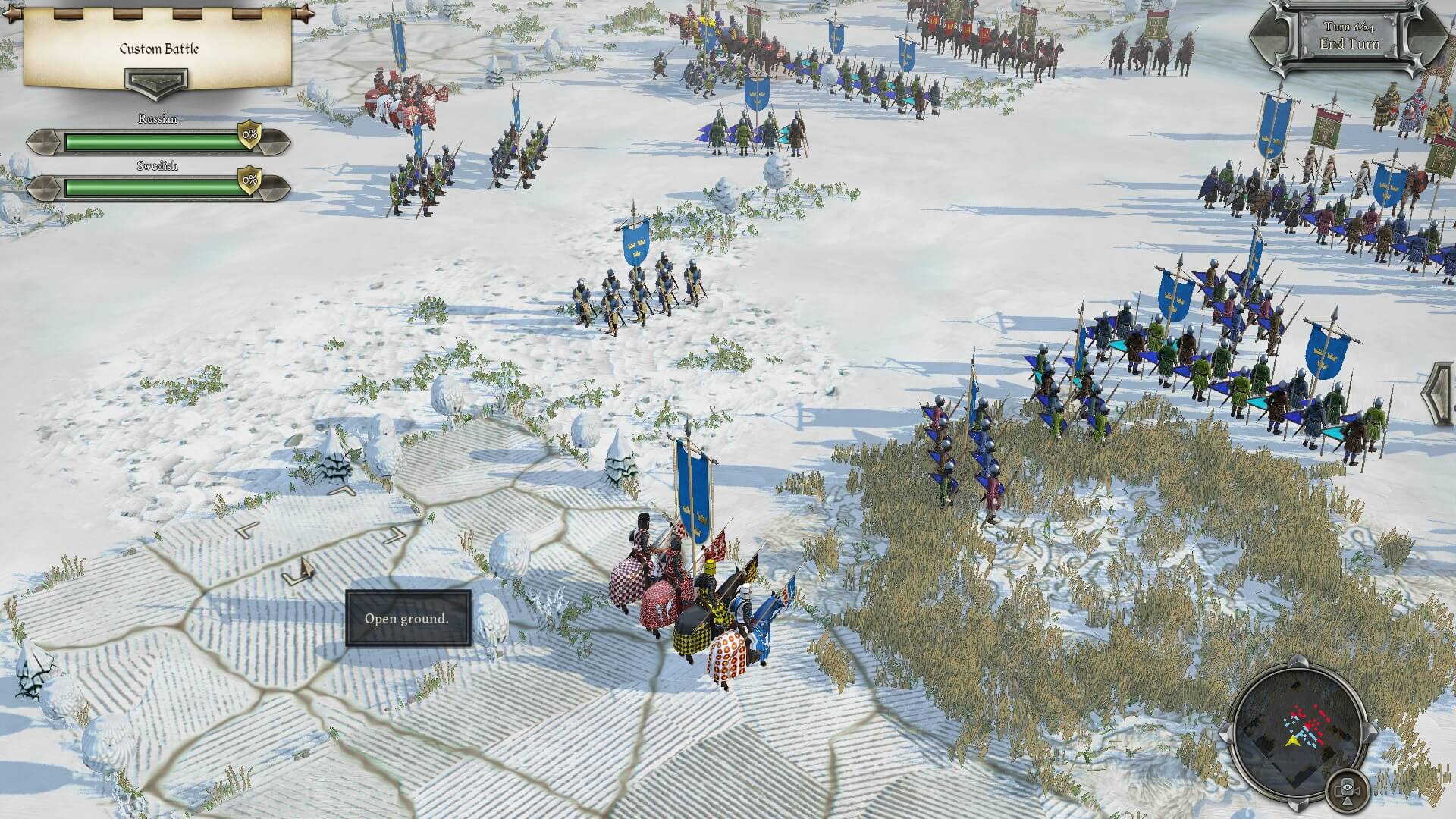 Field of Glory II Medieval is a turn-based tactical game set in the High Middle Ages from 1040 AD to 1270 AD.

This was the heyday of the mounted knight. Armoured from head to toe by the later 12th century, European knights rode heavy horses in tight formation, and delivered a devastating charge with couched lances.

Major themes of the period include the struggles of the Kings of France against the Kings of England and the German Emperors, the English wars of conquest or attempted conquest against the Welsh, Scots and Irish, the Baltic Crusades and the Mongol invasion of Eastern Europe. With dynastic struggles and rebellions by powerful nobles thrown into the mix, Europe was in an almost constant state of war.

Field of Glory II Medieval allows you to take command of the armies of the Anglo-Saxons and Normans, post-conquest England, France, Germany, Scotland, Wales, Ireland, the Low Countries, the Free Cantons, Denmark, Norway, Sweden, Bohemia, Poland, the Teutonic Knights, the pagan Old Prussians and Lithuanians, Russia, Hungary, the Cumans, Volga Bulgars and Mongols in an endless variety of battles and campaigns set in 11th-13th century North and Central Europe.

- Accurate simulation of battle in the High Middle Ages.

- 57 different army lists allowing historically realistic armies for each of these factions at different dates during the period. In addition armies can include contingents from historical allies. This gives tens of thousands of permutations. You will never run out of new matchups to try.

- Campaign mode allows you to play through historically-based campaign scenarios or “what-if” campaigns between any two opposing nations with thousands of permutations. Each victory increases the experience and elan of your core units. You can give each of them its own unique unit name. Quick to resolve strategic decisions allow you to go straight from one battle to the next without any delay.

- Easy to use interface, hard to master gameplay.

- Battles can range from a few units to as many as 80 units per side.

- Named generals who can influence combat and morale of units under their command.

- 6 difficulty levels allow the challenge to increase as you develop your battlefield skills.