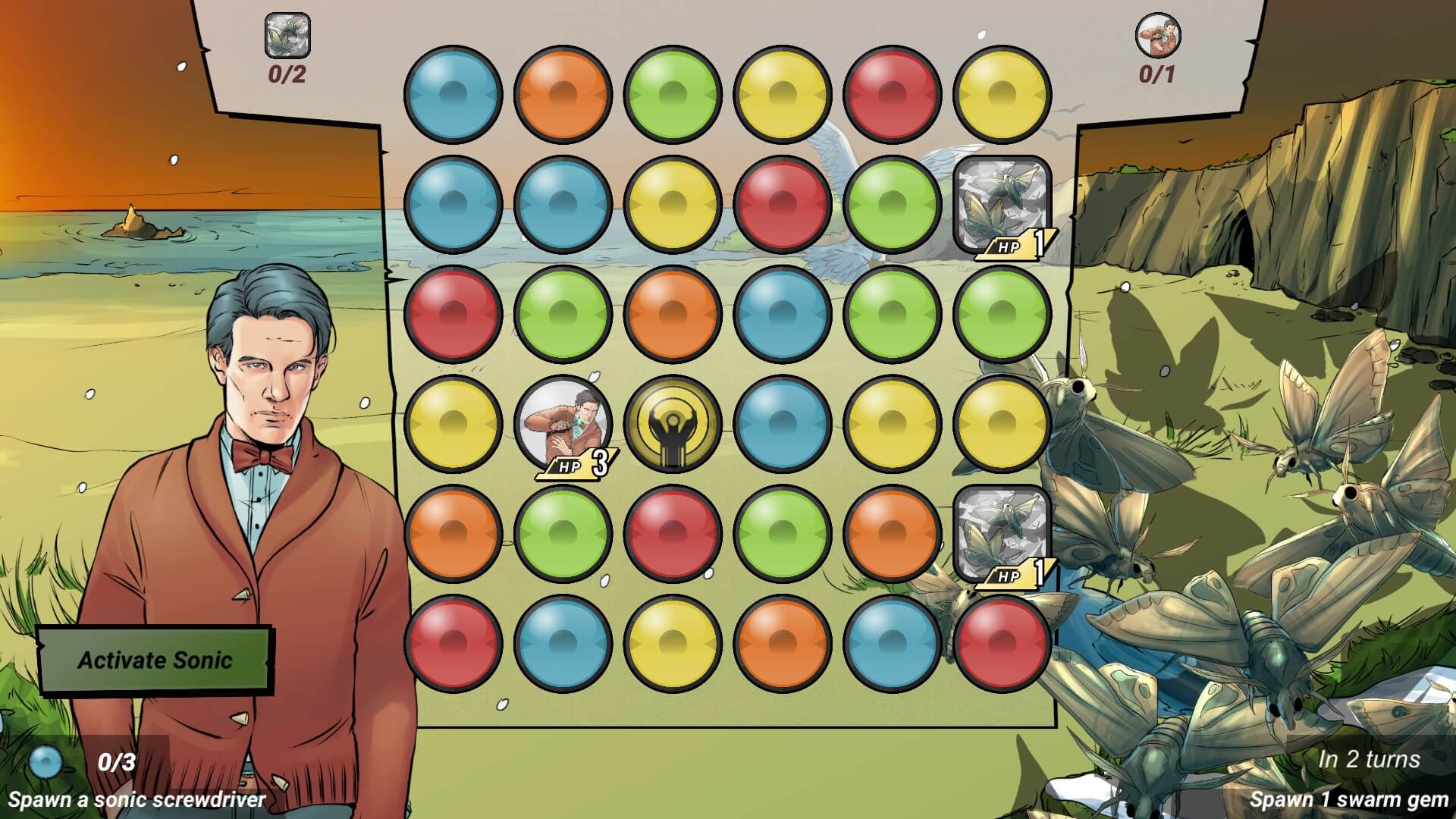 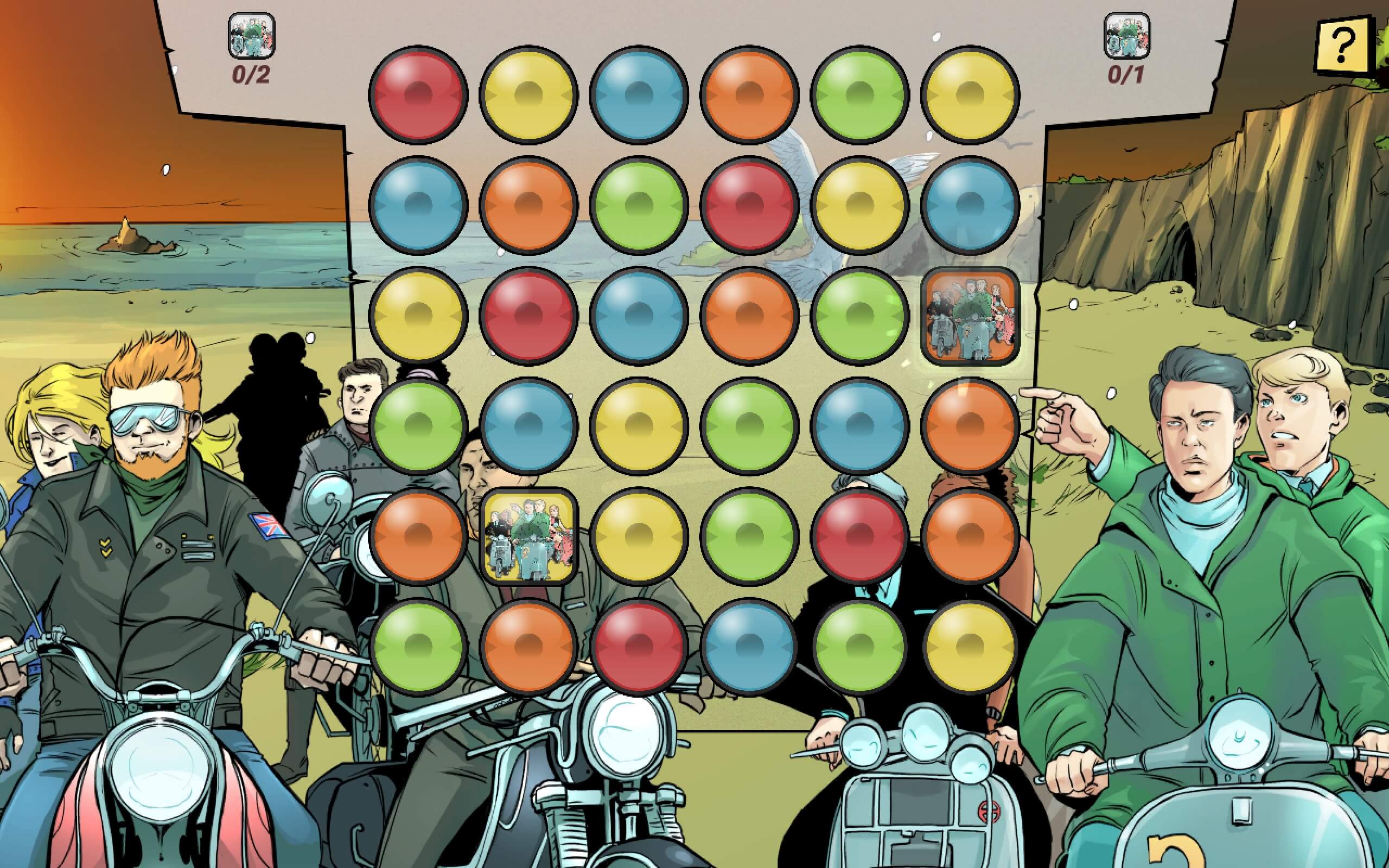 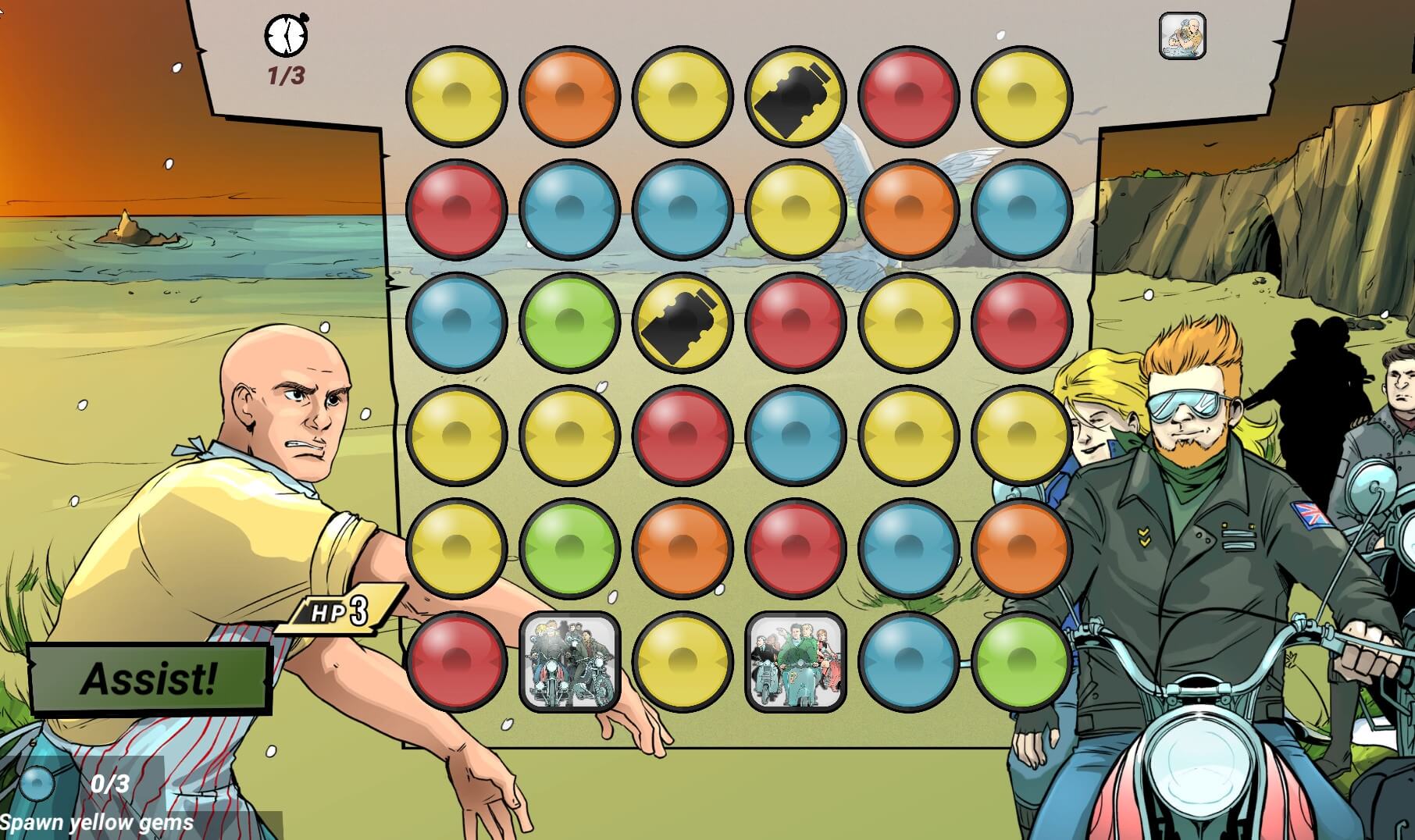 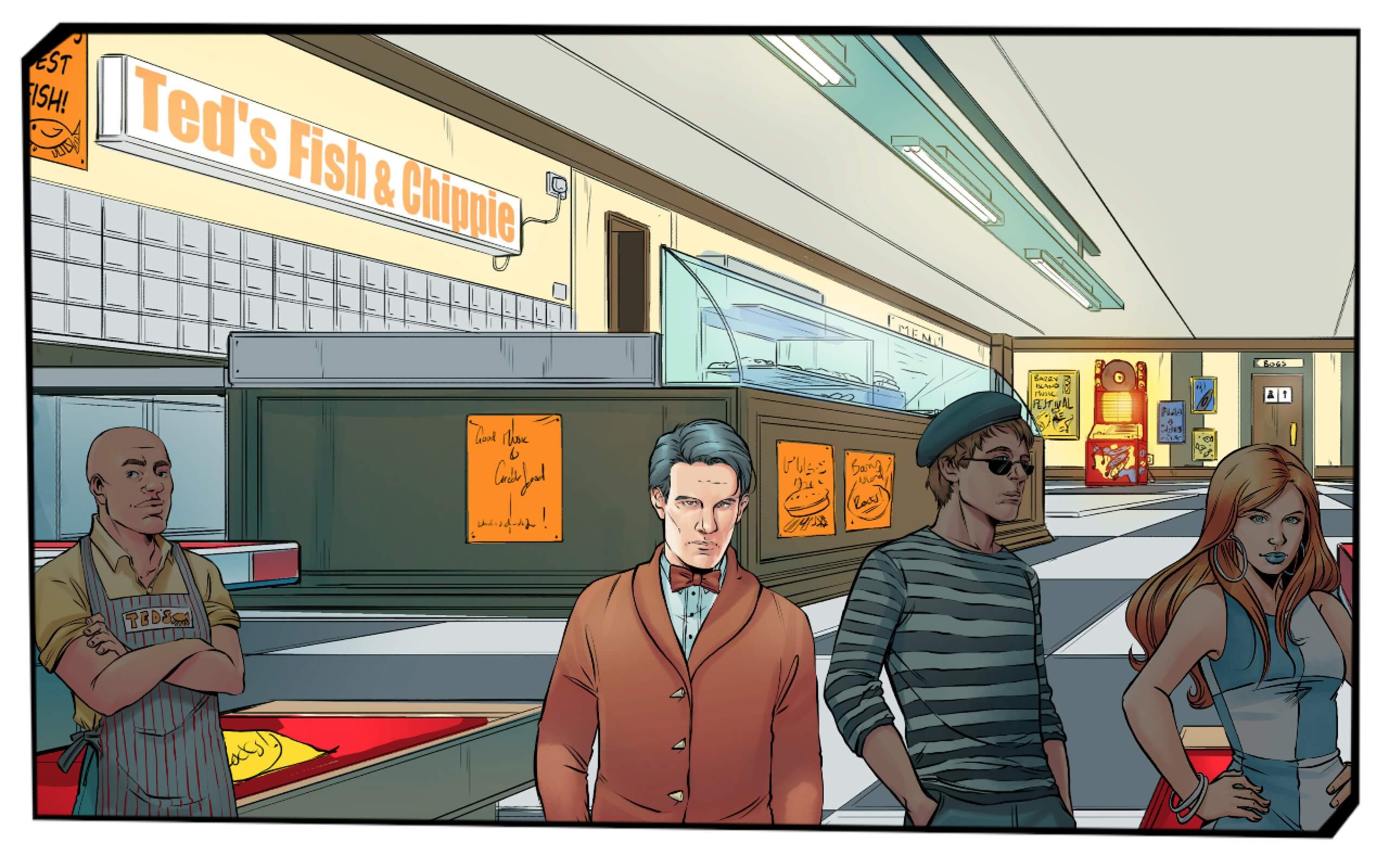 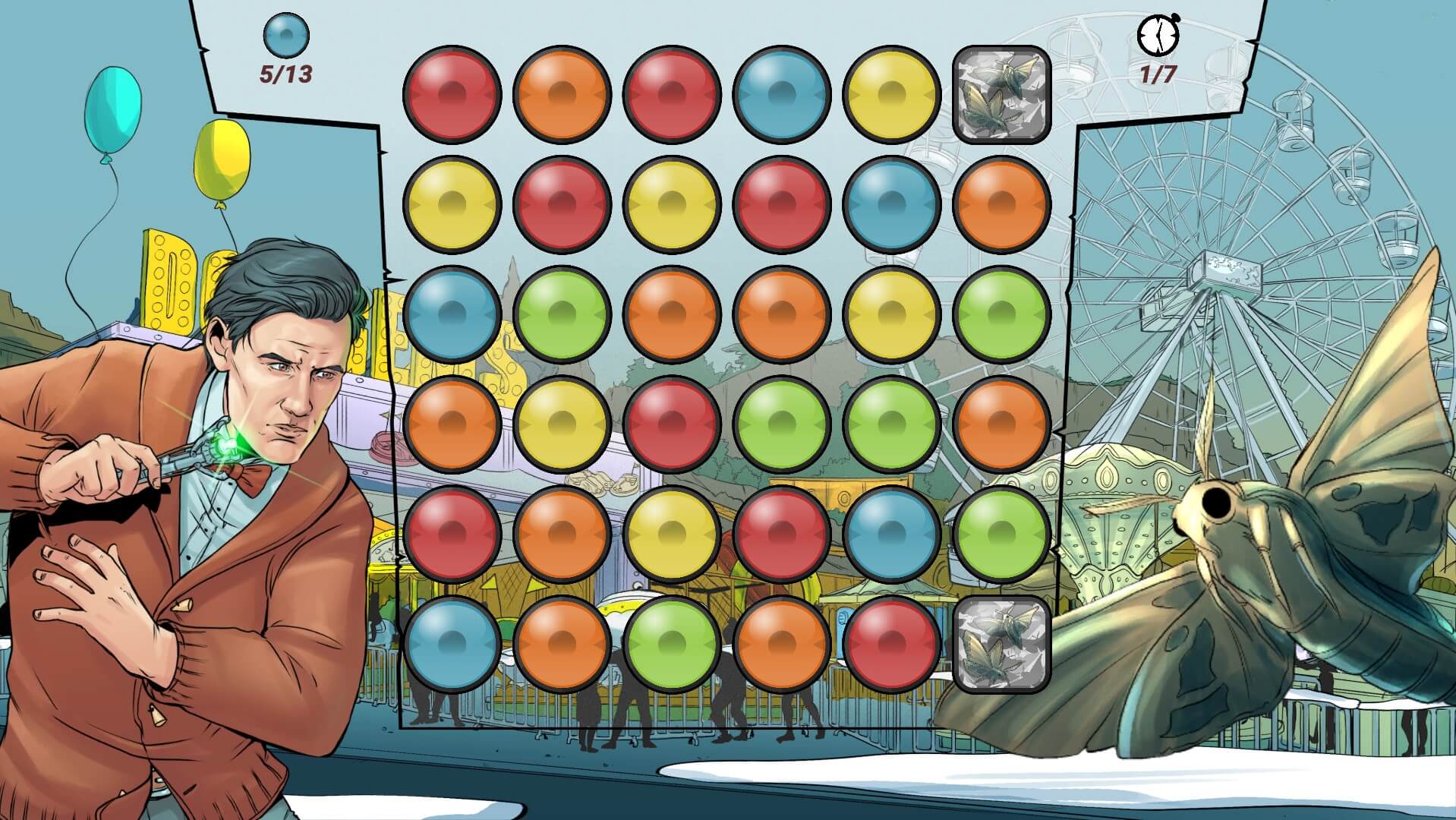 You’ve heard of the summer of love? 1967; San Francisco; turn on, tune in, drop out; kids with flowers in their hair? Well, Barry had its own summer of love a year earlier, in 1966. Oh, I’m not talking flower power – it was still mods and rockers round here, suits and scooters or leather and brylcreem. But Barry’s summer of love ended eventually, making way for – well, let’s call it the Autumn of Apathy. No music, no lights, no queues. Just silent streets. At least they were silent – until that night. The night the Doctor arrived…

The Silent Streets of Barry Island, penned by Jacqueline Raynor, is drawn by Emma Vieceli and colored by Kris Carter. It features the Eleventh Doctor, Amy Pond and Rory Williams in mods-n-rockers era Barry Island. It's a summertime love story in an unseasonably snowy Barry Island which is plagued by mysterious, gruesome deaths and disappearances. They've arrived for a planned holiday but quickly have to ditch the beach gear and blend in with the locals. Their guide is Ted, a down on his luck fish n chip shop owner. Ted is voiced by Steffan Rhodri (Gavin & Stacey, Harry Potter and the Deathly Hollows). Look for an exciting new story which features a startling reveal for Doctor Who fans.

Processor: Core i3 2 Ghz and above