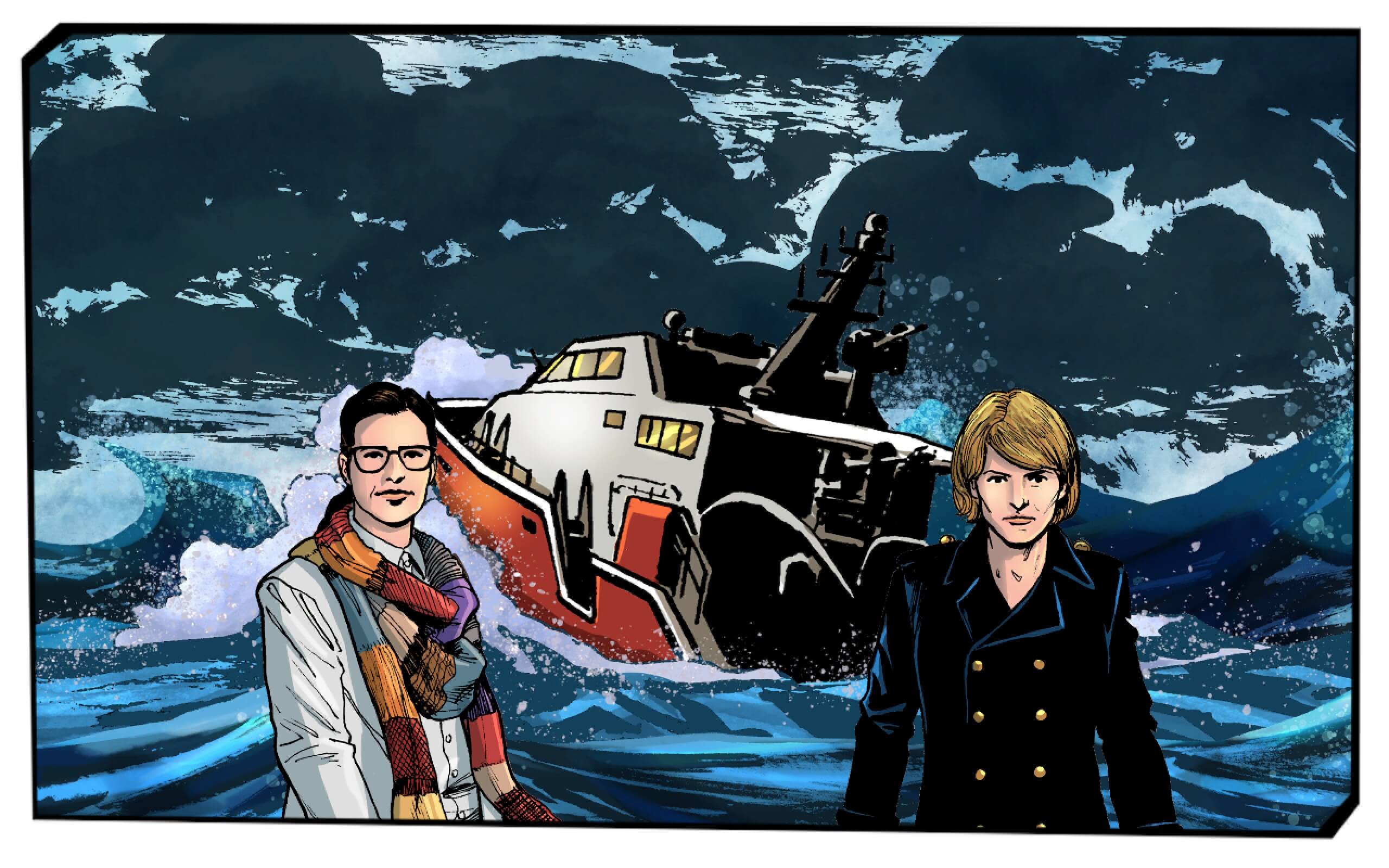 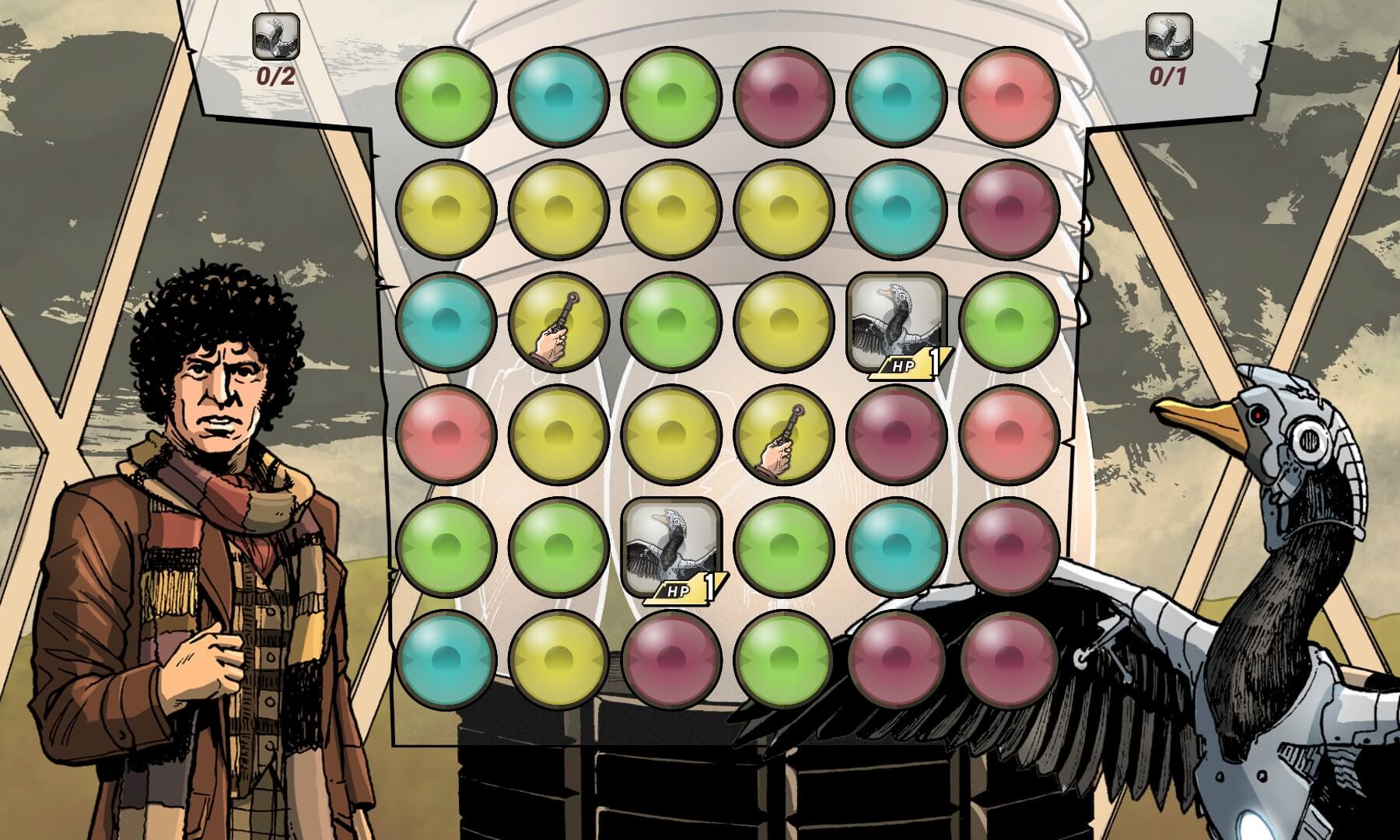 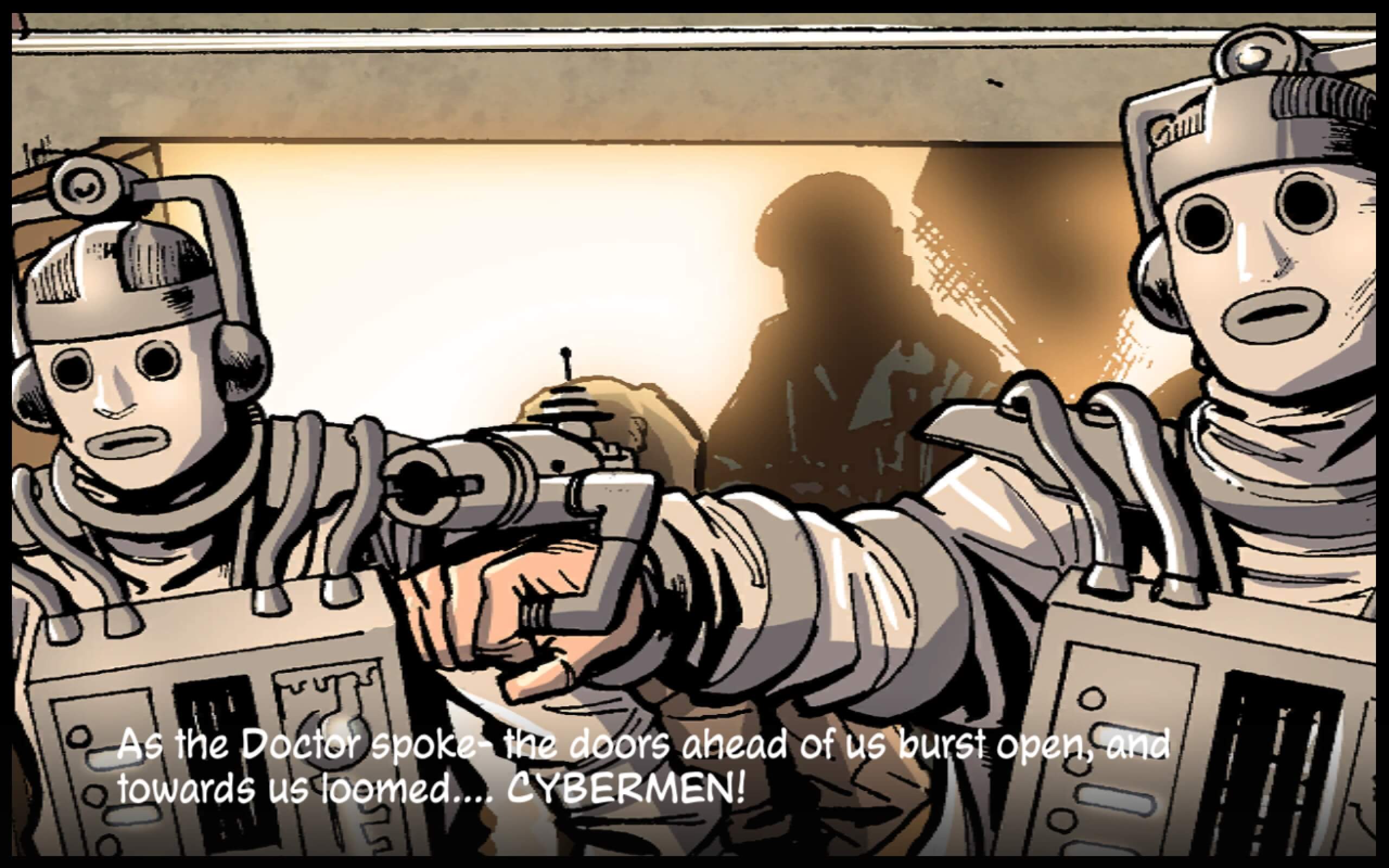 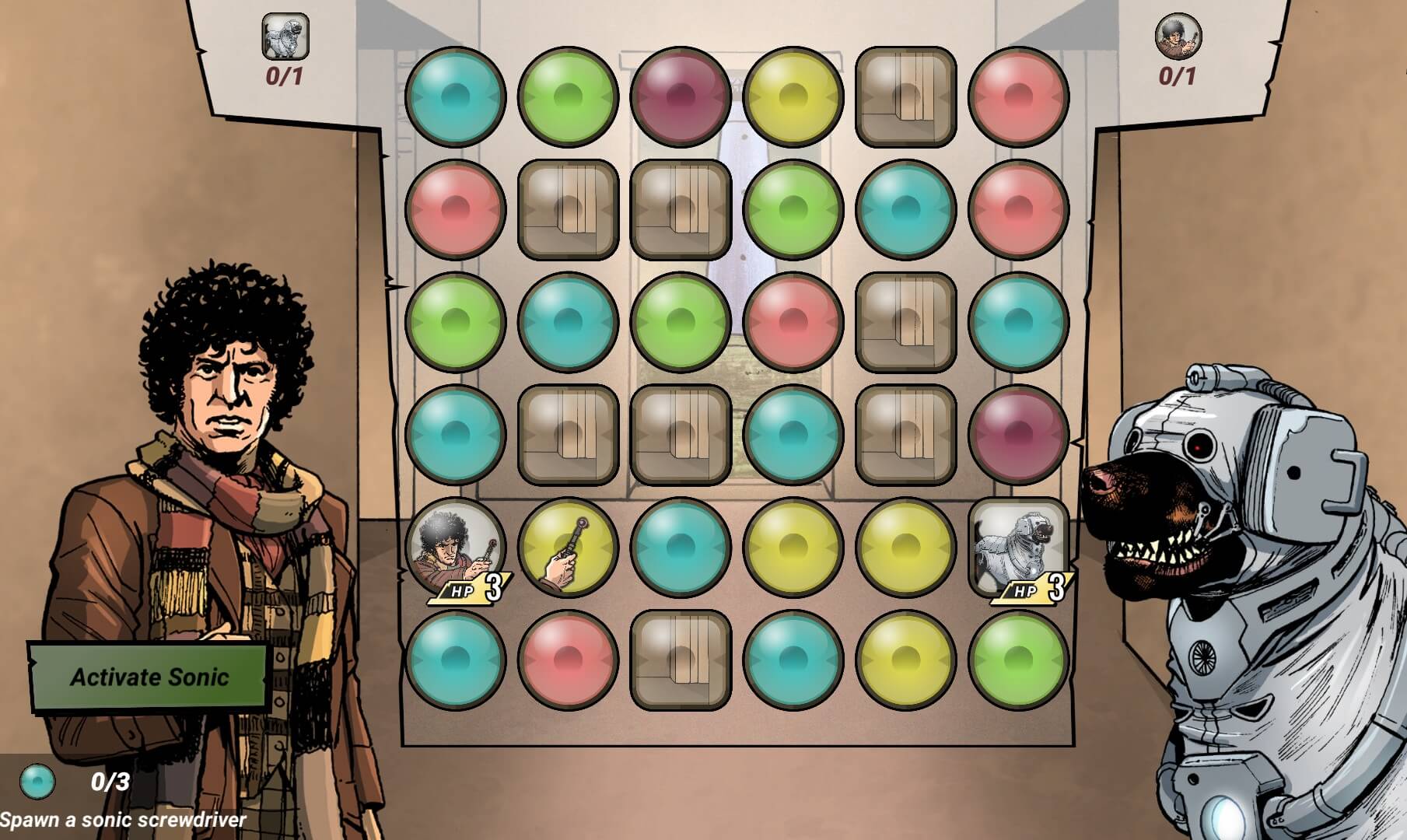 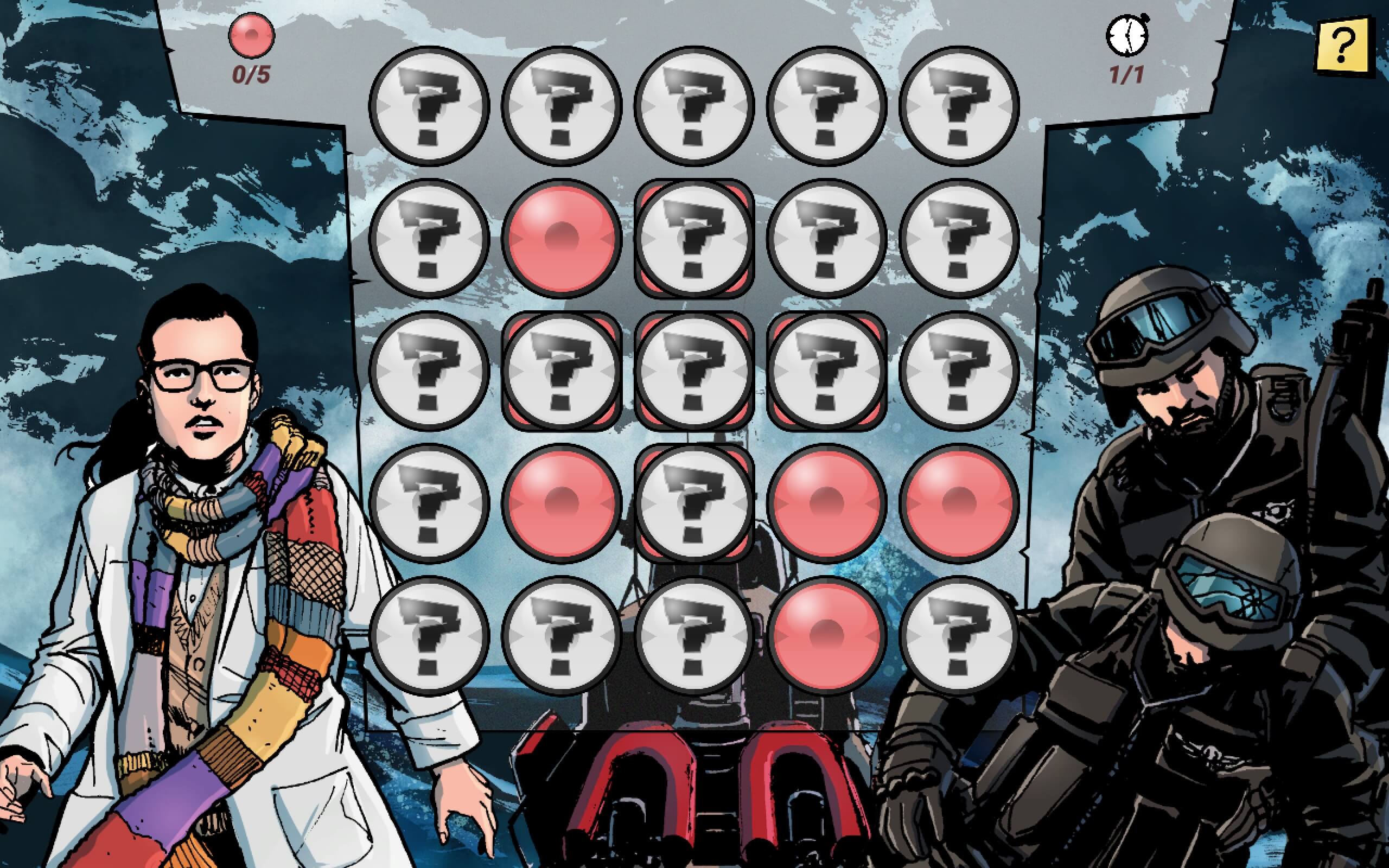 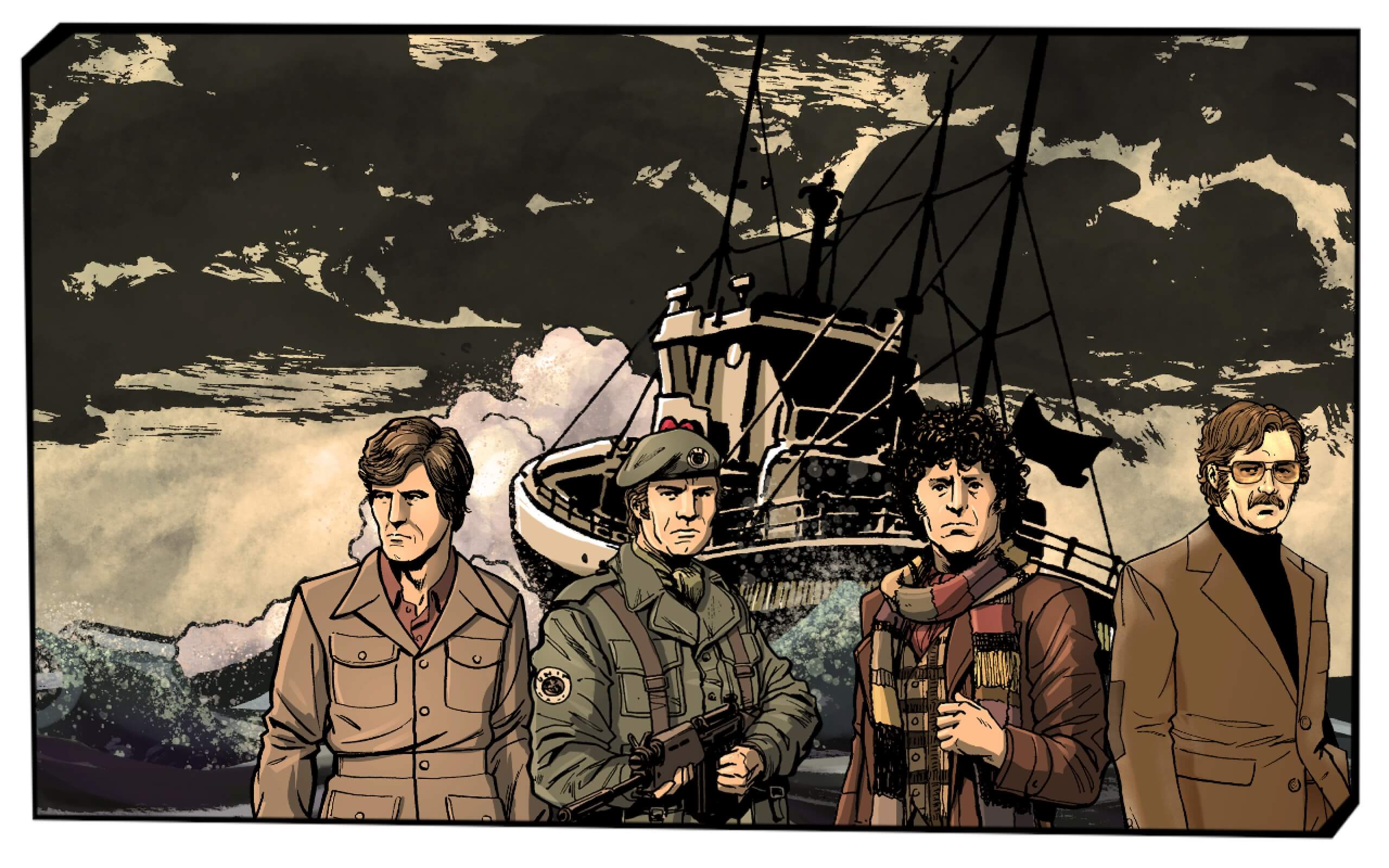 The Horror of Flat Holm, penned by the multi-talented Mike Collins (who drew The Dalek Invasion of Time), is drawn by Patrick Goddard and colored by John-Paul Bove. It is an epic U.N.I.T. story told in several time periods with the Fourth Doctor joined by Captain Mike Yates (voiced of course by Richard Franklin) and with modern day Osgood (voiced by Ingrid Oliver who is also in The Dalek Invasion of Time) and Kate Stewart. Nick Briggs rounds out the audio cast in an unsurprising role as a new Cyberman character.

The peculiar nature of the sinking of the Glyndwr had the Brigadier request the assistance of a troop led by Sergeant Benton along with Captain Mike Yates and zoologist Charlie Guarneri. As luck would have it, the Fourth Doctor was available to join them in their investigation.

Years later, U.N.I.T.'s base on Flat Holm has mysteriously ceased communication and a new U.N.I.T. mission led by Kate Stewart, accompanied by Petronella Osgood, is called to investigate. As it happens, Charlie Guarneri was a family friend -- Uncle Charlie, who she remembered as a young girl -- but she never found out what happened to him.

The decisions of the past will have repercussions in the present for Kate and Osgood, as the investigate the strange goings on at the military base on the island.

Processor: Core i3 2Ghz and above