Distant Worlds is a vast, pausable real-time 4X space strategy game. Experience the full depth and detail of turn-based strategy, but with the simplicity and ease of real-time, and on the scale of a massively-multiplayer online game. 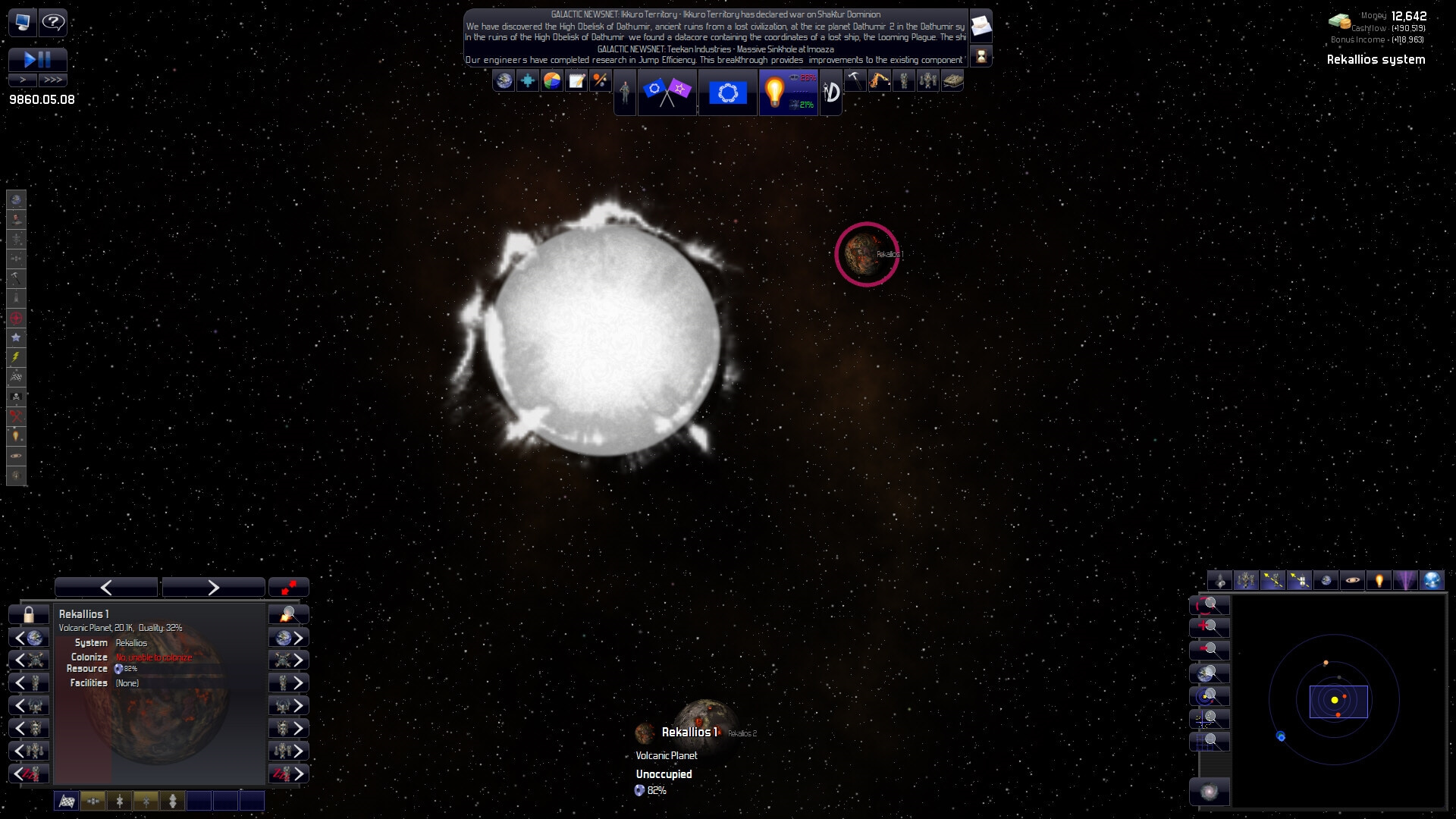 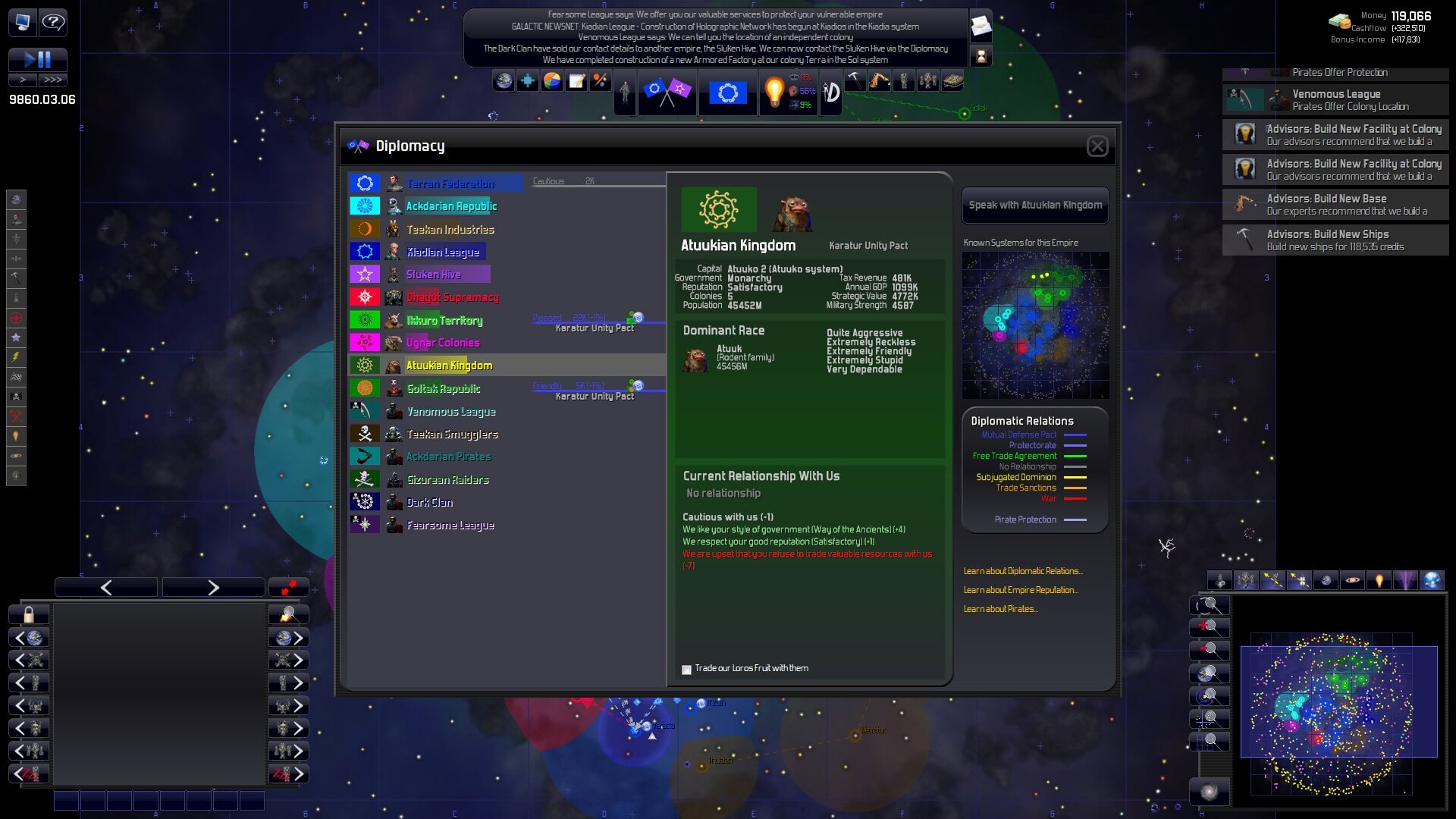 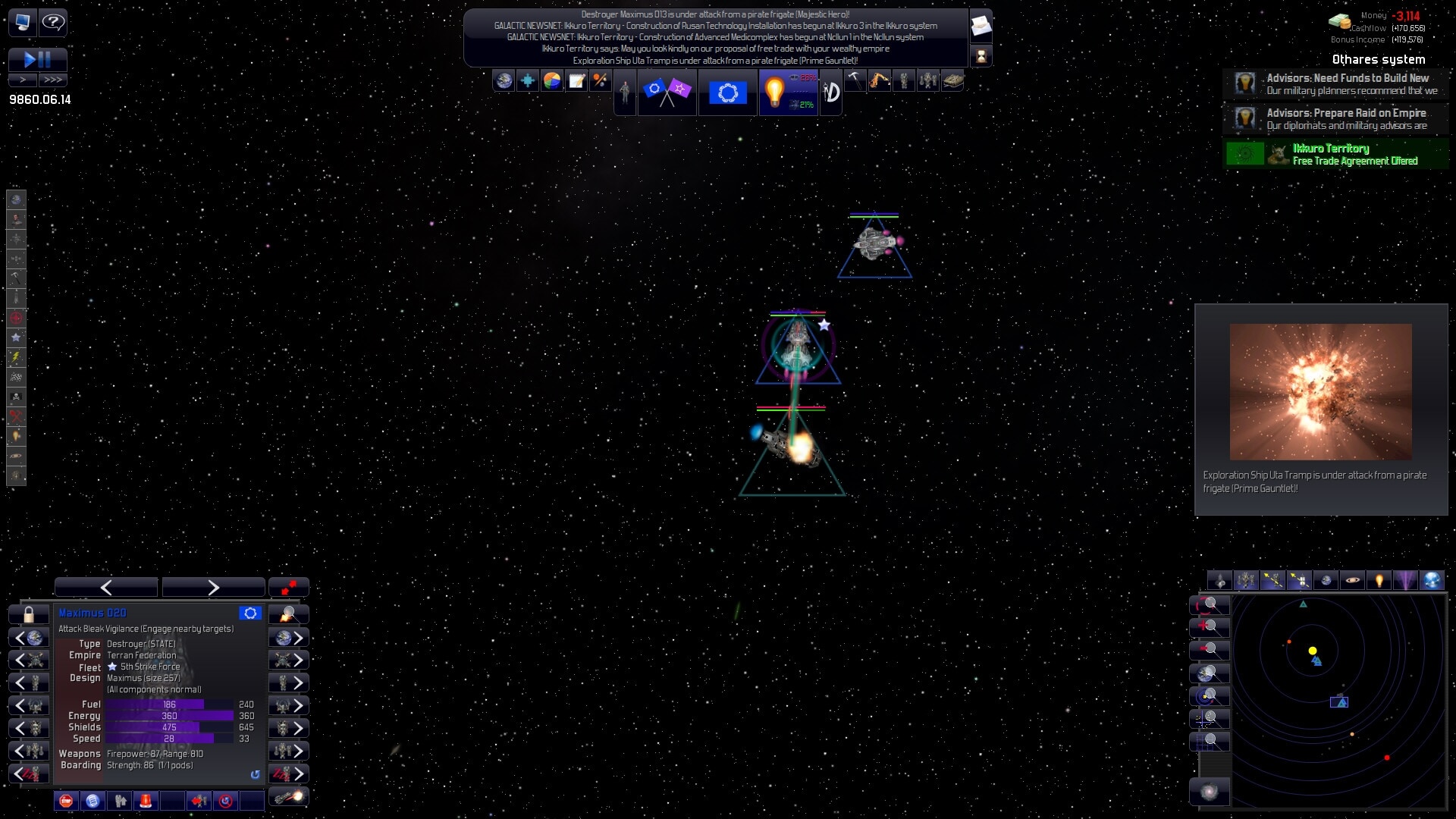 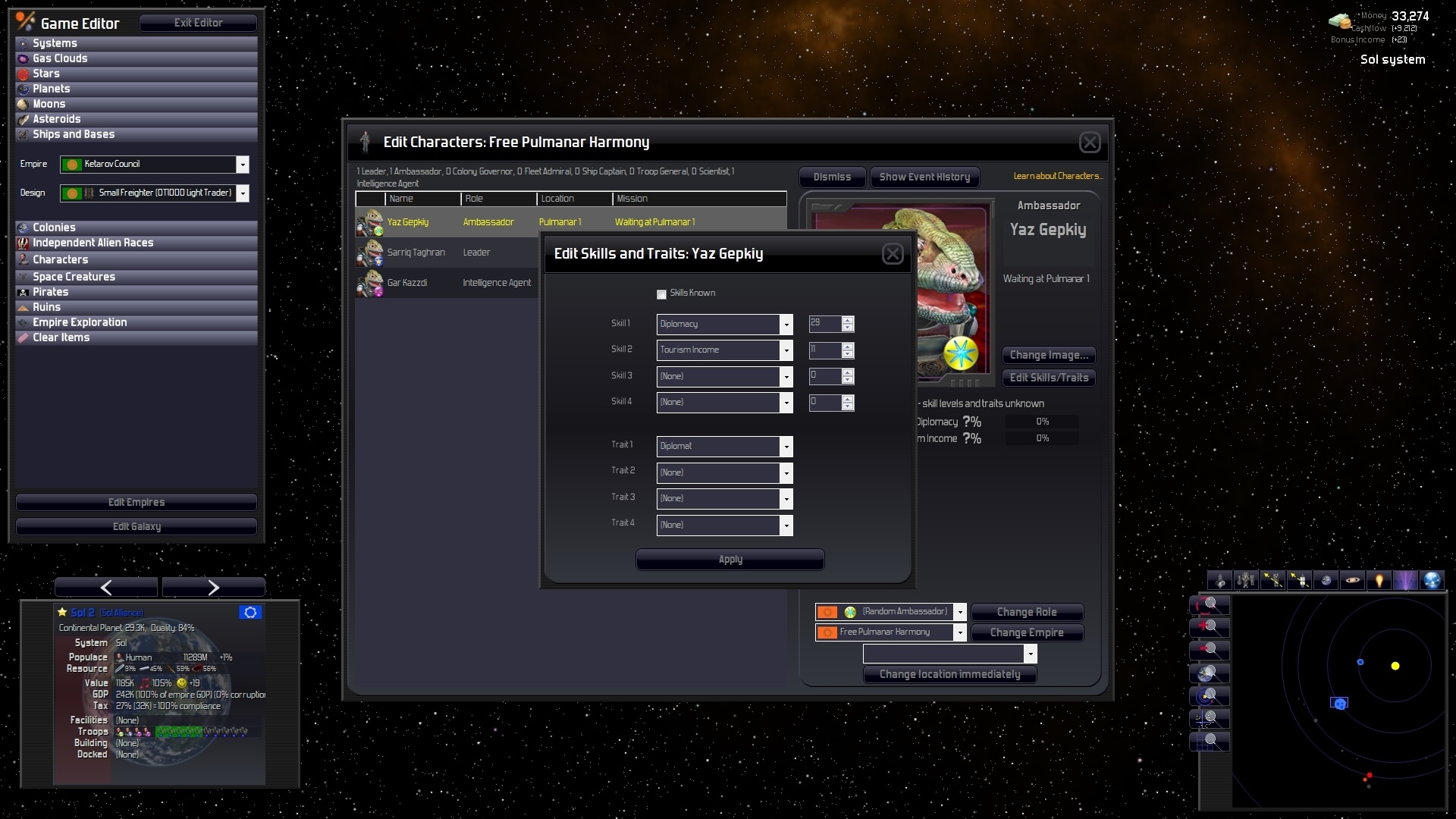 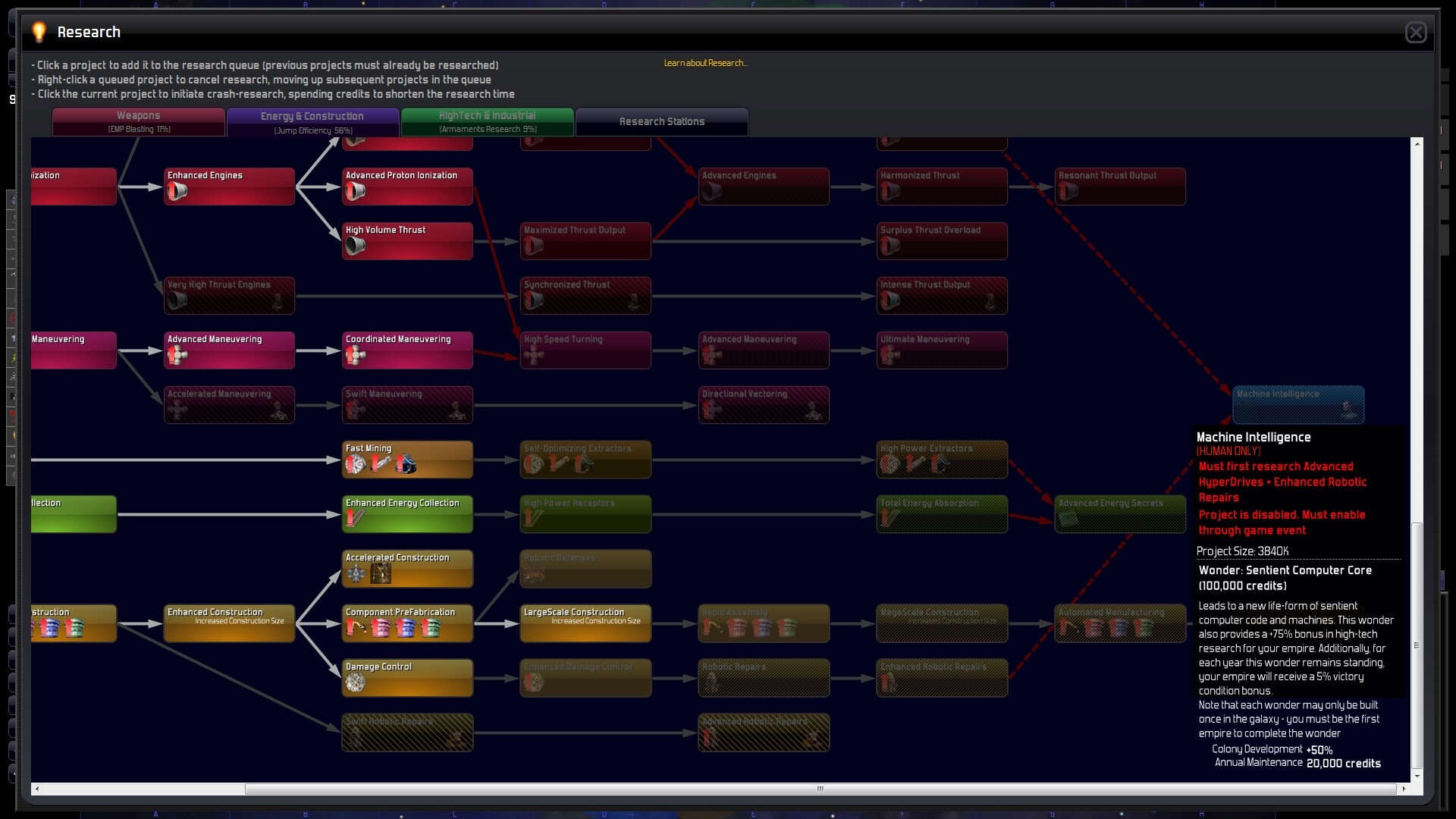 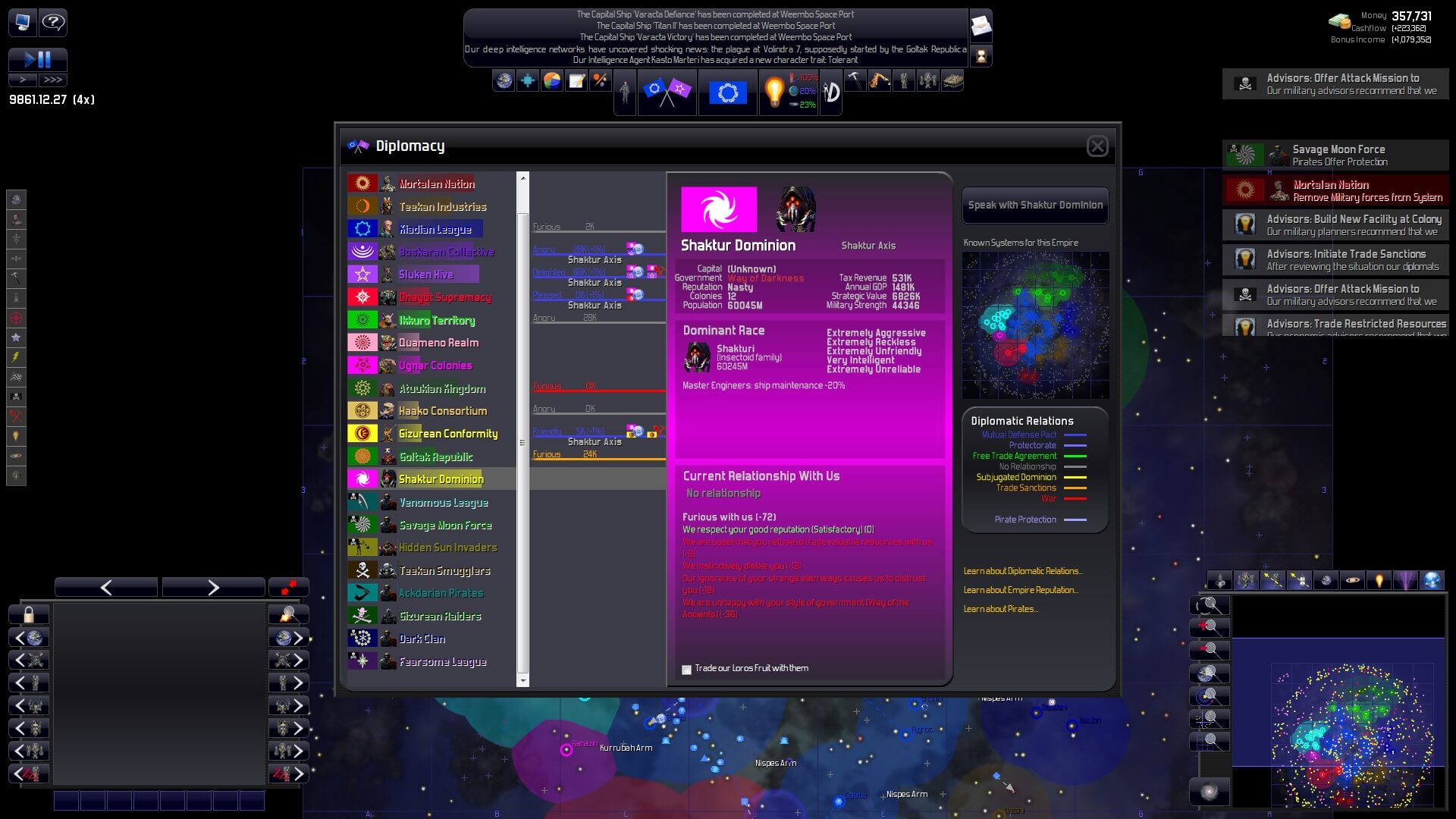 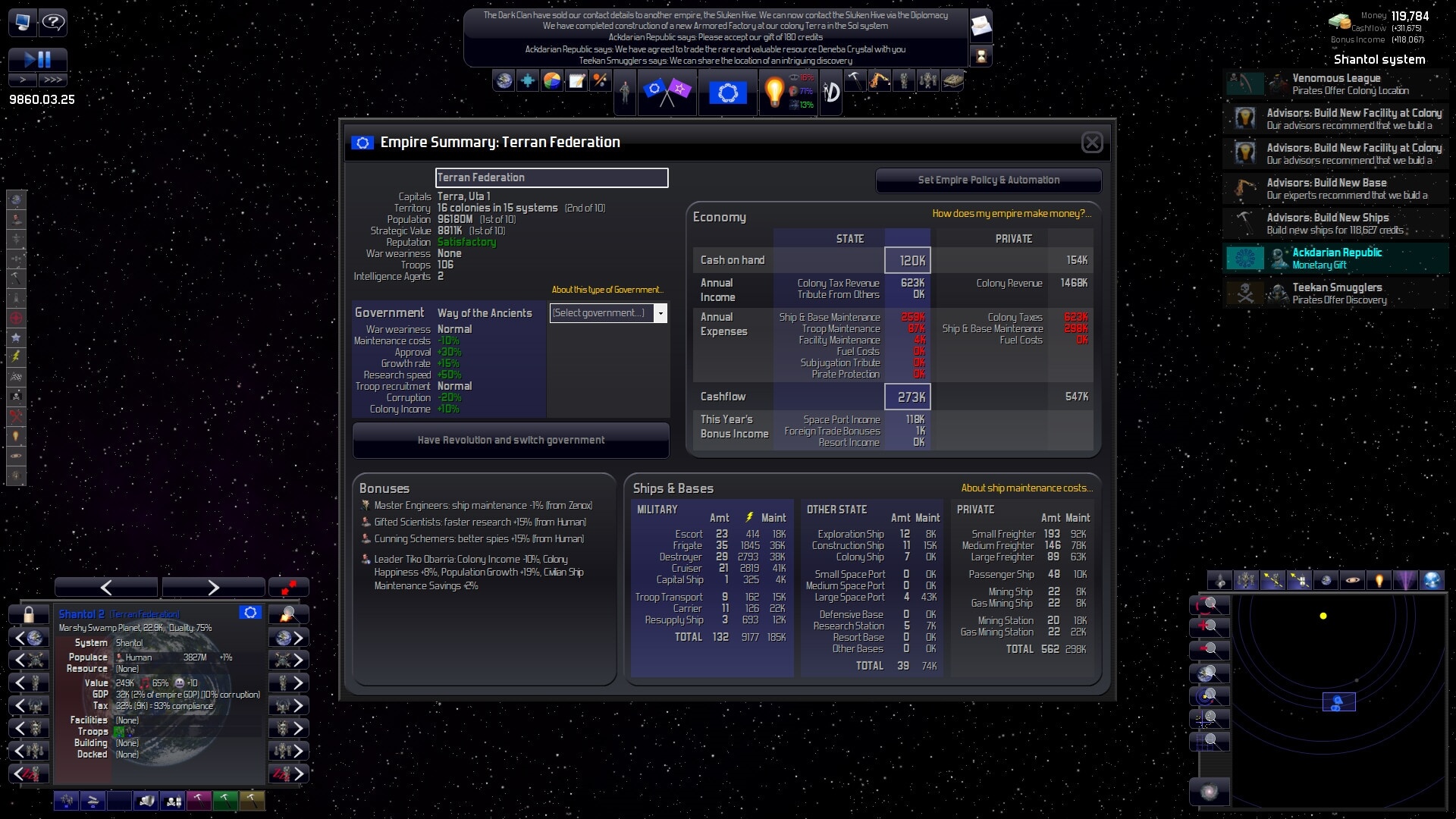 *The Universe is Yours!*

Distant Worlds: Universe is the newest chapter of this critically acclaimed sci-fi series, adding incredible new features and an exciting new storyline. Universe is also the ultimate collector’s edition, the first time all previous Distant Worlds releases have been included in one package, along with an updated manual and greatly expanded modding support.

Distant Worlds is a vast, pausable real-time 4X space strategy game. Experience the full depth and detail of turn-based strategy, but with the simplicity and ease of real-time, and on the scale of a massively-multiplayer online game.

Vast galaxies are made to order: up to 1400 star systems, with up to 50,000 planets, moons and asteroids. Galaxies are so deep, fun and immersive that you won’t want to finish the game. Build, expand and improve your empire while playing through one of the storylines, with victory conditions or in an open-ended sandbox mode.

Best of all, you can play the game your way: enjoy a quick, intense game in a crowded sector of space or take your time in an epic game spread across a vast galaxy!

- Truly Epic-Scale Galaxies: play in galaxies with up to 1400 star systems and 50,000 planets, moons and asteroids. Vast nebula clouds spiral out from the galactic core, shaping the distribution of star clusters in the galaxy

- Private Enterprise: the private citizens of your empire automatically take care of mundane tasks like mining resources, transporting cargo, migration between colonies, tourism and much more. This frees you from micro-management and instead allows you to focus on a macro-scale

- Diplomacy: interact with other empires, discussing treaties, making trade offers or just giving them a piece of your mind. Talk to pirate factions, tapping into their underground information, or paying them to do your dirty work for you...

- Choose your Playstyle: Start with a single planet and sub-light ships, or as an established space-faring civilization with warp drives. Play as a Standard empire or as a Pirate faction, with many adjustable victory conditions and gameplay choices depending on your actions.

- Intelligent Automation: automate the various tasks in your empire, so that you can focus on the areas that you enjoy most. Or have your advisors make suggestions in different areas like colonization, defence or diplomacy – helping you learn the best tactics and strategies

- Explore: explore the vast galaxy, discovering valuable resources, potential colonies for your empire and making contact with other empires. Uncover secrets that lift the veil on the galaxy’s mysterious past...

- Colonize: send out colony ships to found new worlds for your empire. Develop your new colonies by keeping them well-supplied with a steady stream of valuable resources

- Defend: patrol the outlying areas of your empire to protect from raiding pirates or dangerous space monsters. Construct defensive bases at your colonies. Build up your fleets to defend against enemy empires. Recruit troops to invade enemy colonies and conquer the galaxy!

- Espionage: covertly seek out information about other empires, or even disrupt their progress with acts of sabotage

- Research: develop new technologies for use in building your own unique ships and star bases

- Characters: including Leaders, Admirals, Generals, Ambassadors, Governors, Agents and Scientists, all with defined skills and traits and the opportunity to advance and improve

- Design and Build: A very flexible system allows you to design and build the ships and star bases in your empire. Construct mighty military ships ranging from escorts to carriers and dreadnoughts at your space ports, or build mining stations, research installations or secret monitoring facilities at remote locations throughout the galaxy

- Built-in Game Editor: fine-tune your own galaxy, adding or removing star systems, planets, asteroid fields, ships, star bases, space monsters or anything else. Modify the attributes of any empire in your game

- Extensive Help: exhaustive, built-in, context-sensitive help is always only a single key-press away. Press F1 at any time for a detailed explanation of the current game screen, your currently selected item, etc

- Tutorials: in-game tutorials familiarize you with all of the game elements and tools

- The entire Distant Worlds series in one package! Universe includes the Original Distant Worlds, Return of the Shakturi, Legends, Shadows and the new Universe expansion!

*Powerful new event system accessible from a considerably-upgraded Game Editor. Set up your own storyline in a custom map with triggered events and custom victory conditions

*Can replace most of the user interface icons and sound effects

*Add your own custom help files to the in-game Galactopedia

- A new official storyline built using the new modding capabilities, covering the first war between the Freedom Alliance and the Shaktur Axis, in which you have access to the tech required to build your own planet destroyers, establish the Ancient Guardians and research and deploy the Xaraktor virus.