Take to the skies! Guide your Imperial Navy or Ork Airwaagh squadron to victory and experience every dive, roll and ultra high-G turn through desperate dogfights in this tactical aerial combat game. Life is the Emperor’s currency, spend it well. 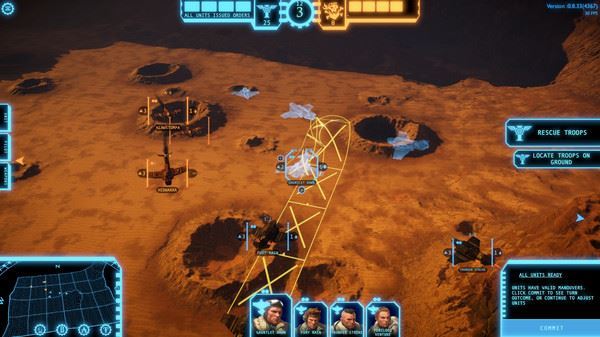 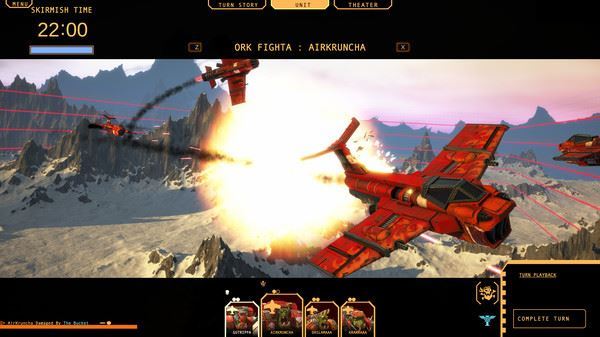 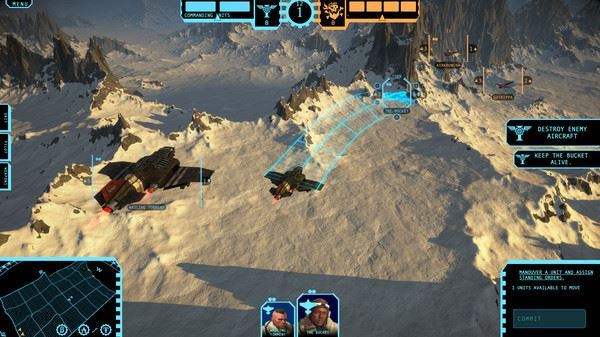 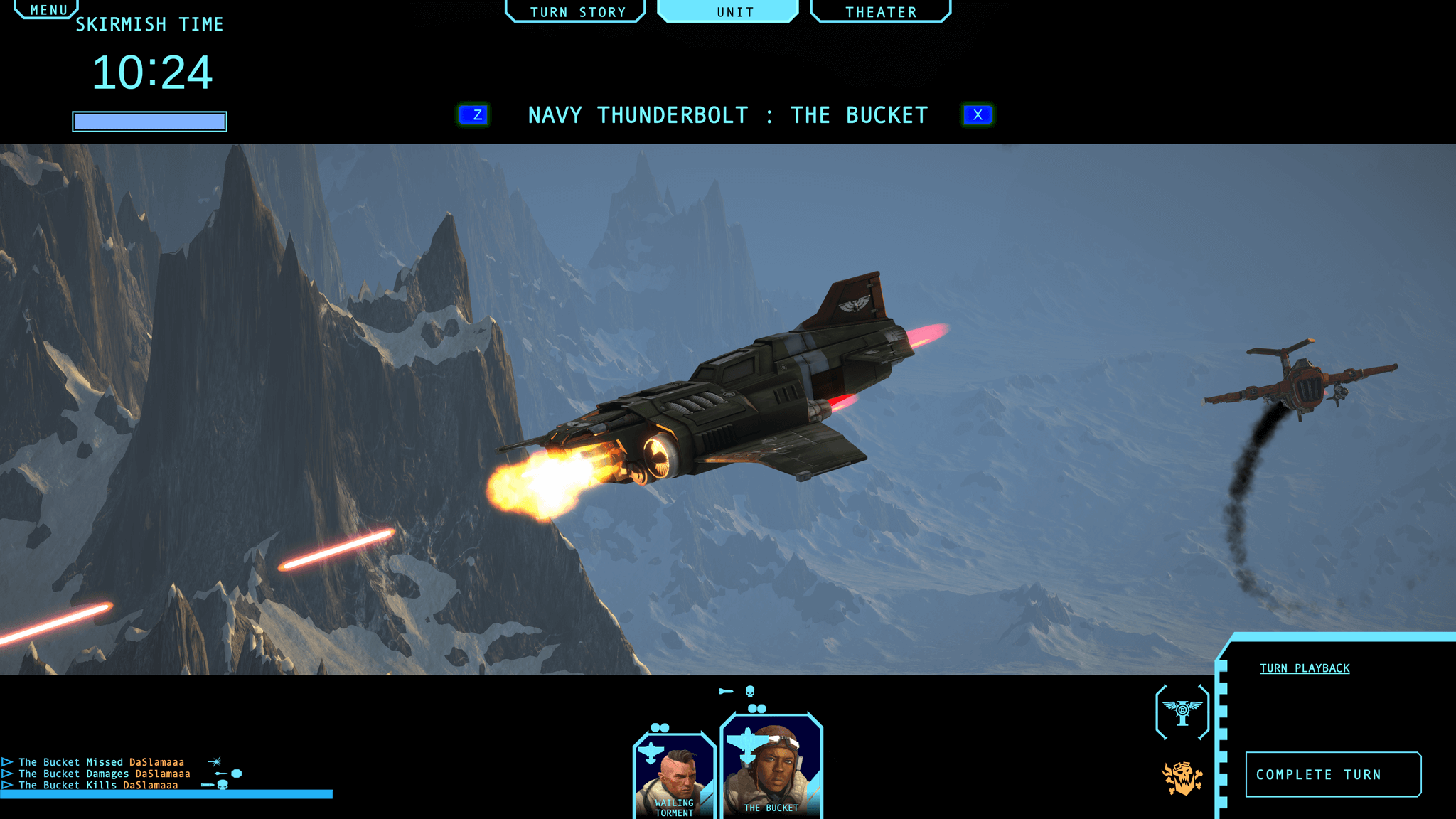 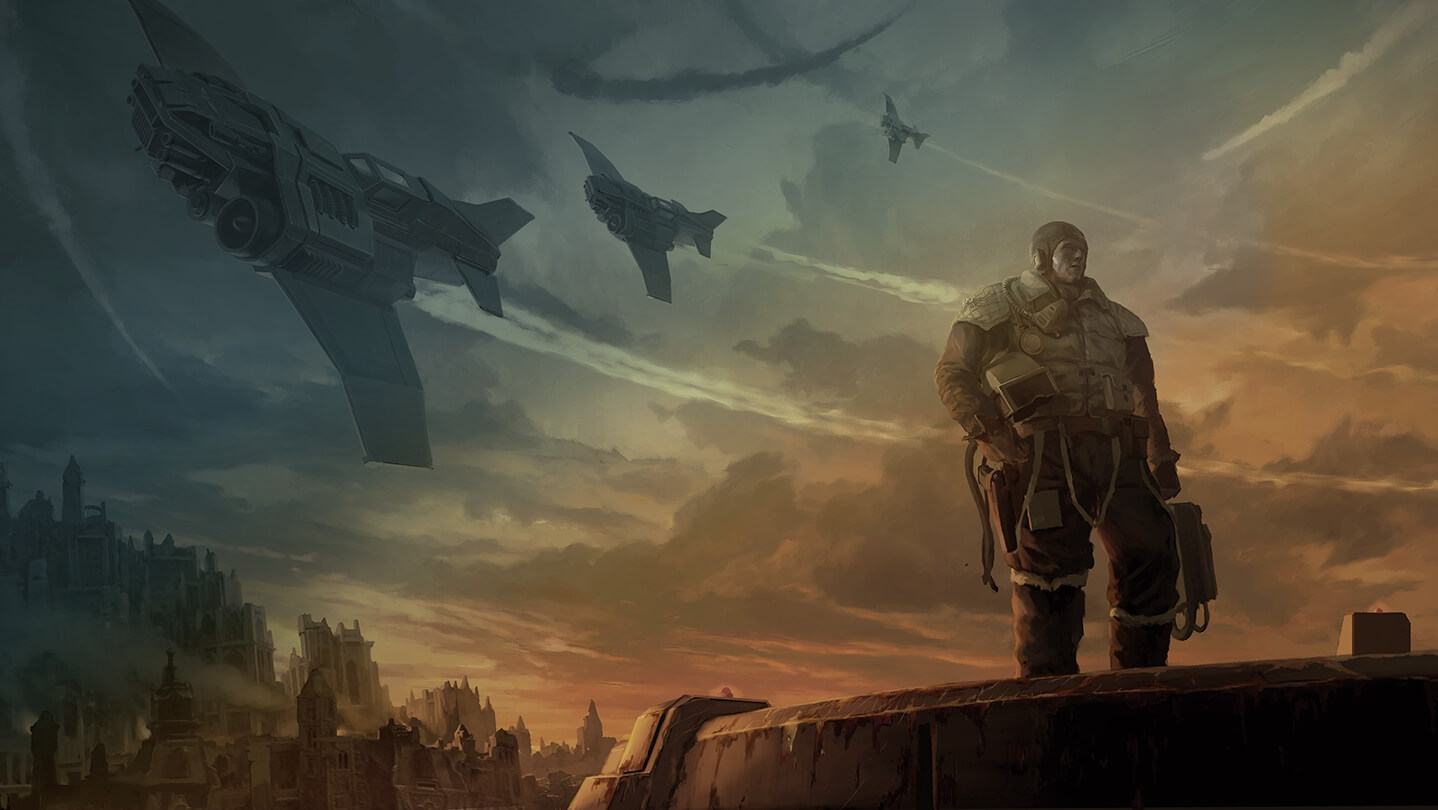 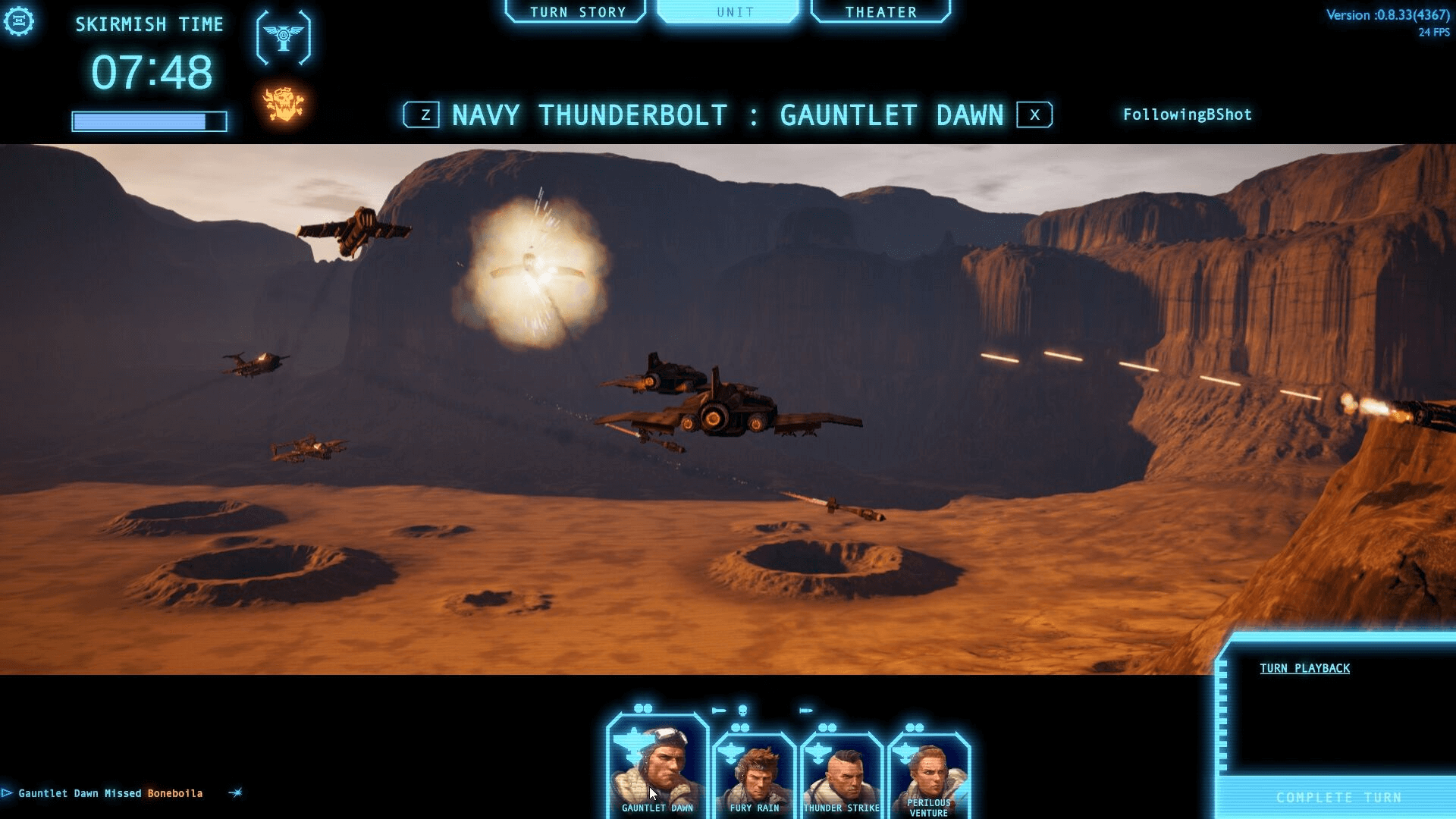 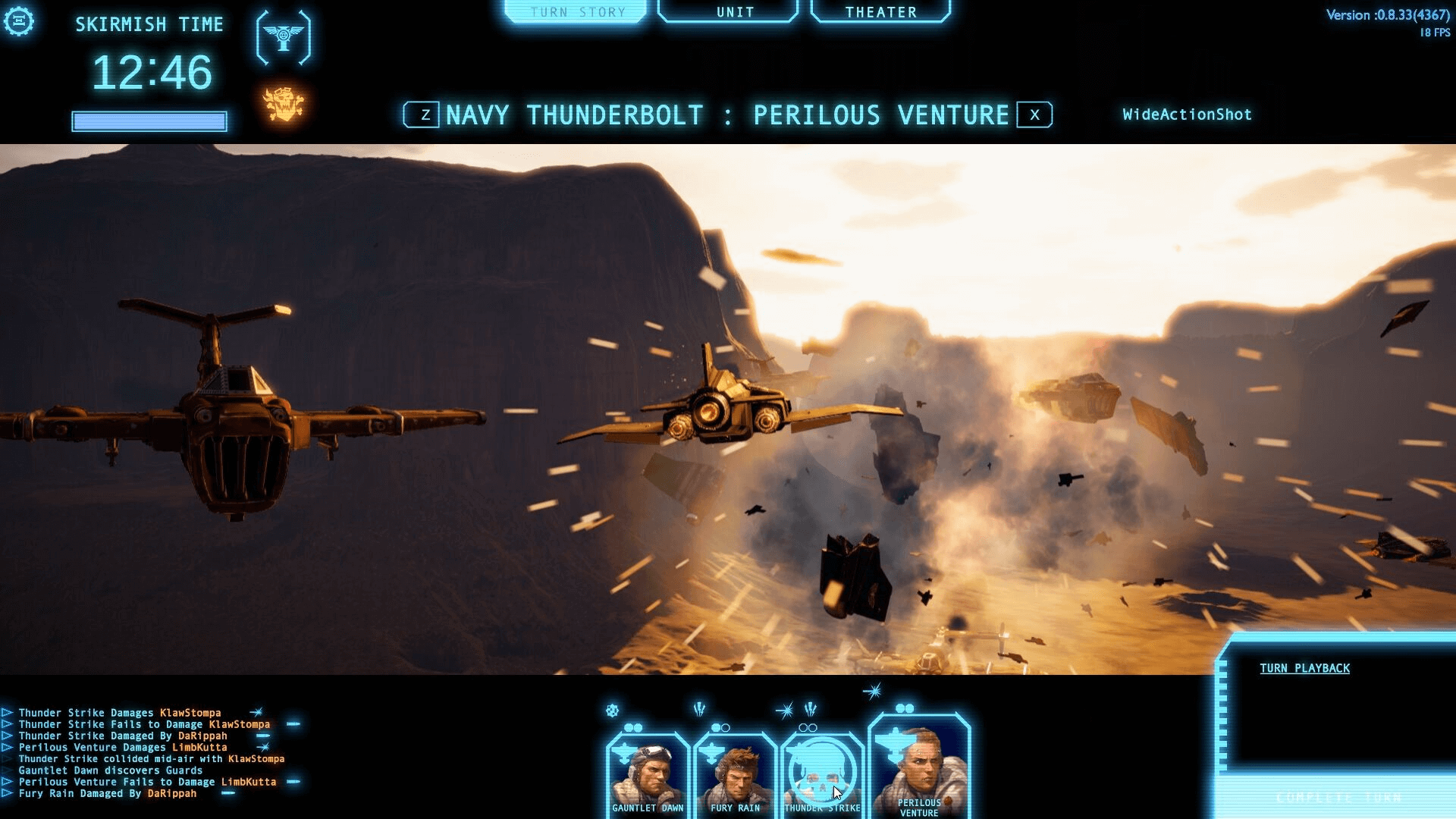 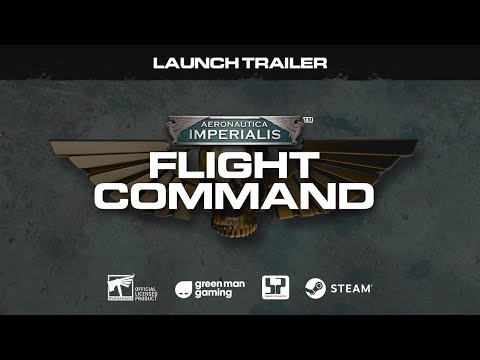 Take control of the war for air supremacy in the 41st millennium.

Aeronautica Imperialis: Flight Command propels the excitement of the Warhammer 40,000 universe into the stratosphere in a richly detailed aerial combat game.

Enter the arena of tactical airborne warfare like never before as you launch into the war-torn skies of the 41st Millennium. Plan your manoeuvres and issue your commands, then pray to the Emperor (or to Gork and Mork) as your strategy unfolds in real time cinematic playback.

Take to the skies as the heroes of the Imperial Navy and defend the Imperium or take command of the Ork Airwaagh and lead the planetary plundering from the air, for when the skies are dominated, control over the land soon follows.

Delivering a deep yet visually engaging combination of simultaneous turn-based strategy and atmospheric cinematic action, Aeronautica Imperialis: Flight Command takes the core mechanics and complexity of the tabletop game and streamlines them into an immersive tactical experience with more explosions!

- Become the Flight Commander of the Aeronautica Imperialis or Skwadron Kommanda of the Ork Air Waaagh and take control of the fearsome airborne war engines of the Warhammer 40,0000 universe.

- Simultaneous turn-based strategy meets real-time cinematic action. See the enemies of the Imperium of Mankind (or da puny humies) be destroyed from every angle.

- In-depth tactical elements including altitude, pilot commands and a wide range of weapon systems adapted faithfully from the tabletop game.

- Full single player air superiority campaign. Customise your squadron, level-up your pilots’ abilities with new skills, equip your aircraft with a deadly array of weaponry and build the ultimate flying force. then take on the might of the Airwaaagh’s fly boss over the skies of Rynn’s World.

- 7 scenarios - each one a self-contained story delivering a different challenge in either single-player or multiplayer online. Play each one as the Imperial Navy or Ork Air Waaagh!

- From Thunderbolts to Marauders, Fightas to ‘Eavy Bommers, take command of the mighty airborne engines of war from across the Imperial Navy and Ork Airwaagh!

“I give you command of the air. It is up to you how you take it.” – Warmaster Macaroth, dispatch to Admiral Ornoff, 773.M41